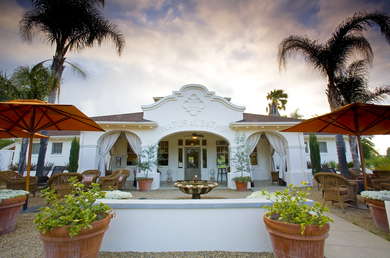 Palm-studded Indian Springs—operating as a spa since 1862—ably splits the difference between "laid-back" and "chic." Boccie ball and shuffleboard courts and a croquet lawn provide entertainment when you're not indulging in volcanic-ash mud baths, soaking in the toasty Olympic-size mineral-water pool, or dining at Sam's Social Club.

The accommodations, spread throughout the 17-acre property, include lodge rooms, dozens of suites, fourteen duplex cottages, three standalone bungalows, and two houses. All are thoughtfully decorated in a simple style, with calming pastels, French-inspired furnishings, and high-thread-count bedding.

The cottages are extremely popular with regulars (book well in advance); rooms in the lodge, though small, are nearly as peaceful and represent a good value. 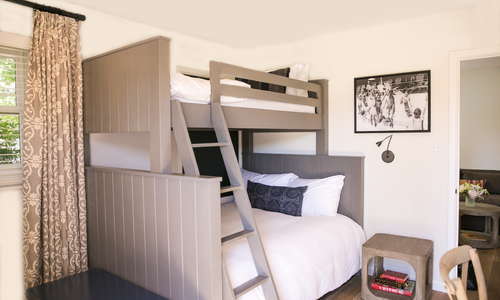 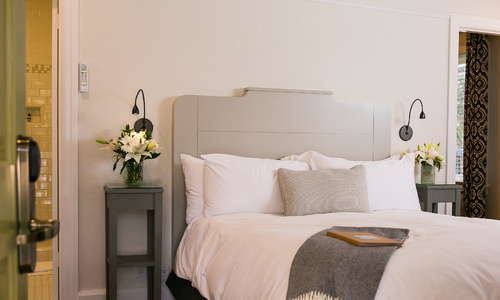 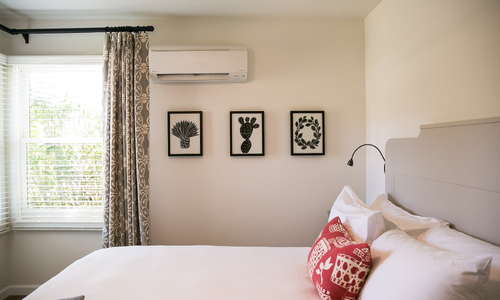 Bathrooms vary depending on the room type, but all have pastel shades and soft lighting. Many rooms have brown wicker vanities, old-school tiny-ceramic tiles, and a vaguely Pacific Islands plantation feel.

YOU SHOULD KNOW Many rooms only have showers; if you require a tub, make sure the room you're booking has one. 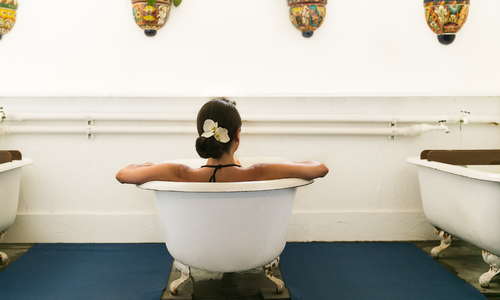 Hosts greet guests in a reception area toward the back of the property to the right of the spa. Although it's a pleasant enough space, you'll probably only return here to conduct business or pick up one of the complimentary bicycles parked just outside. 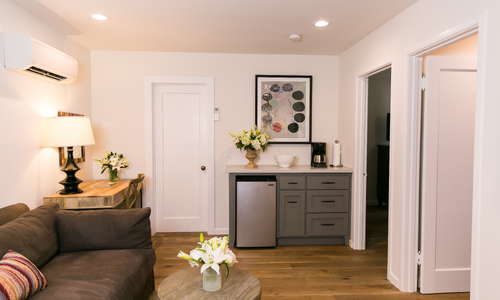 Rivaling the spa as the resort's best feature, Olympic-size mineral-water pool is kept at 92°F in summer and a toasty 102°F in winter. The pool and some of its buildings date to the 1910s. Four on-site geysers provide thermal water for the mineral pool and a nearby adults-only pool that's a century newer. Plenty of deck chairs and lounges are laid out at both pools, and you can order snacks, drinks, and ice cream. 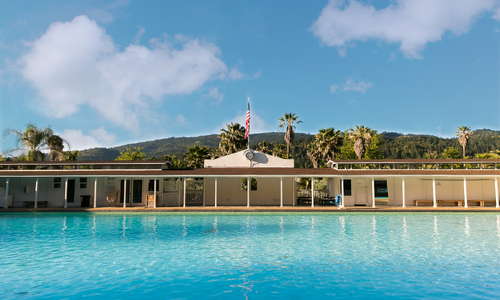 Even before Sam Brannan constructed a spa on this site in the 1860s, the Wappo Indians were building sweat lodges over its thermal geysers. Treatments include a Calistoga-classic, pure volcanic-ash mud bath followed by a mineral bath, after which clients are wrapped in a flannel blanket for a 15-minute cool-down session or until called for a massage if they've booked one. Facials using Osmosis, Intraceuticals, and Organic Male products are another specialty.

YOU SHOULD KNOW On the day of their treatment, spa clients not staying at Indian Springs have access to the pool until early evening; many book appointments early in the day to take full advantage of this perk.

Tourists, locals, and spa guests—some of the latter in bathrobes after treatments—assemble at Sam's Social Club for breakfast, lunch, bar snacks, or dinner. Lunch options include pizzas, sandwiches, an aged-cheddar burger, and entrées like chicken paillard, with the burger reappearing for dinner along with pan-seared halibut, rib-eye steak frites, or similar fare, perhaps preceded by oysters and other cocktail-friendly starters. 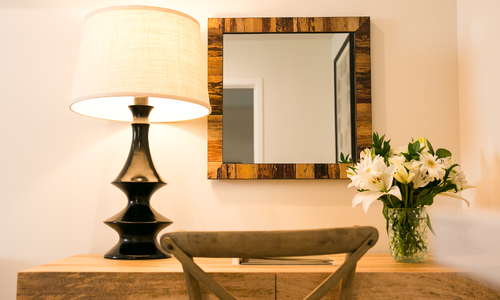 Sam's Social Club makes its own beers, pours Napa Valley and other wines, and features signature cocktails like cask-aged Manhattans and The Girl’s Getaway (vodka, St. Germain, grapefruit, lime, and agave) along with Sazeracs and other classics.

Only a few blocks long and a few blocks wide, downtown Calistoga is easily walkable. It's also flat, so if you don't want to walk, you can peddle one of the resort's complimentary bikes around town and even to nearby wineries. If driving, many of Calistoga's several dozen wineries are a short drive away off Highway 29, Highway 128, or the Silverado Trail. VINE Bus 10 and Bus 29 serve Calistoga from other Napa Valley towns, both stopping within a few blocks of Indian Springs. With short notice, the free on-demand Calistoga Shuttle (schedule varies depending on the day and time of year) will take you anywhere in town, and a few spots beyond.

Sweet Susie's Bar (4-minute walk), the town's dive bar, has good beers on tap and by the bottle, plus top-shelf spirits at reasonable prices. The bar at the Solage resort's Solbar (2-minute drive) restaurant has swank appeal and a seasonally changing lineup of "farm-to-bar" cocktails.

With its historical roots and period buildings and pool, Indian Springs bridges the gap between Calistoga's 19th-century hot-springs past and the 21st-century present of glamorous resorts and haute pampering. The rooms here are stylish yet homey, the spa treatments relaxing but not froufrou. The longtime owners hired a new management company with a solid track record at other California hotels. An increased emphasis on aim-to-please hospitality has only heightened the appeal of this longtime Bay Area favorite. 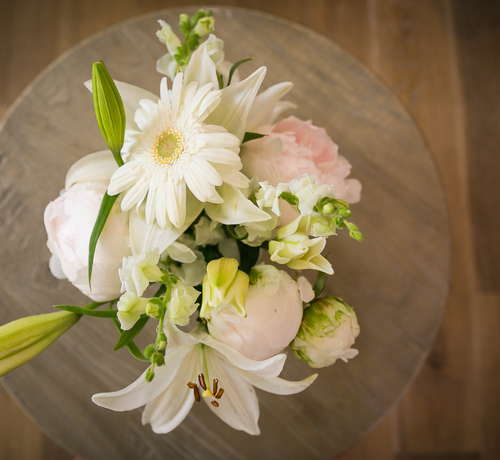 Thank you for your interest!
Look out for our newsletters with travel tips and special offers.
1/8 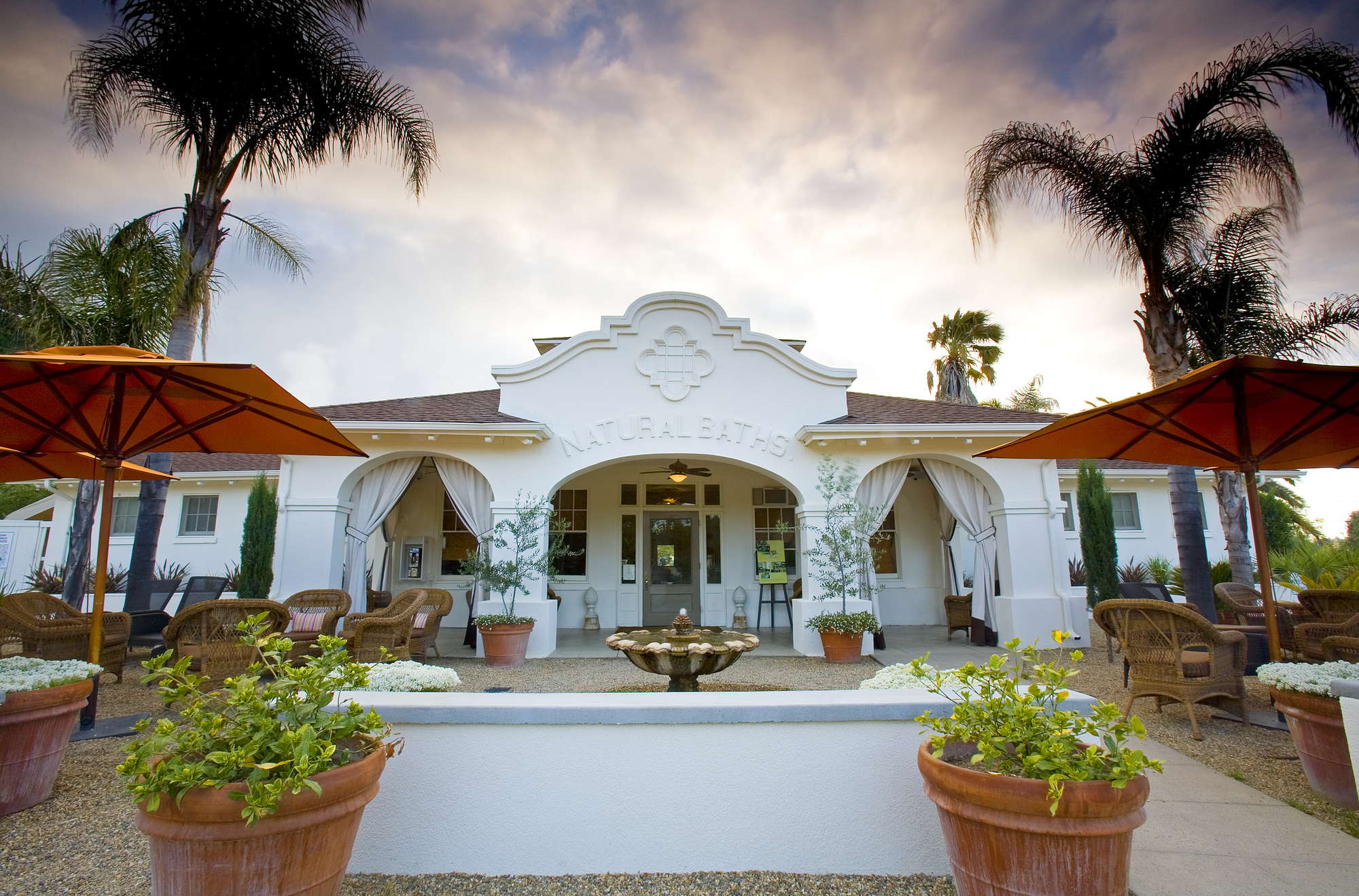 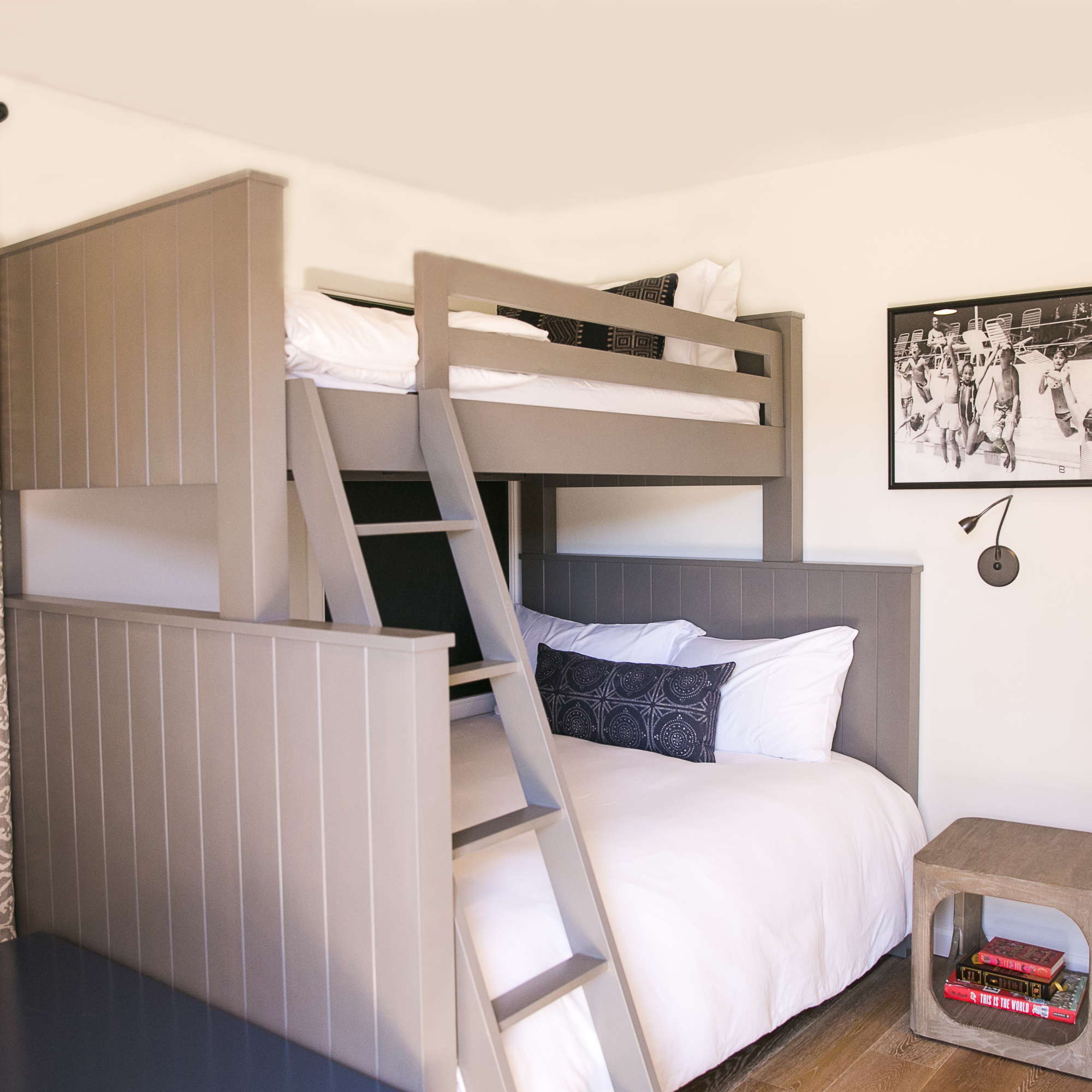 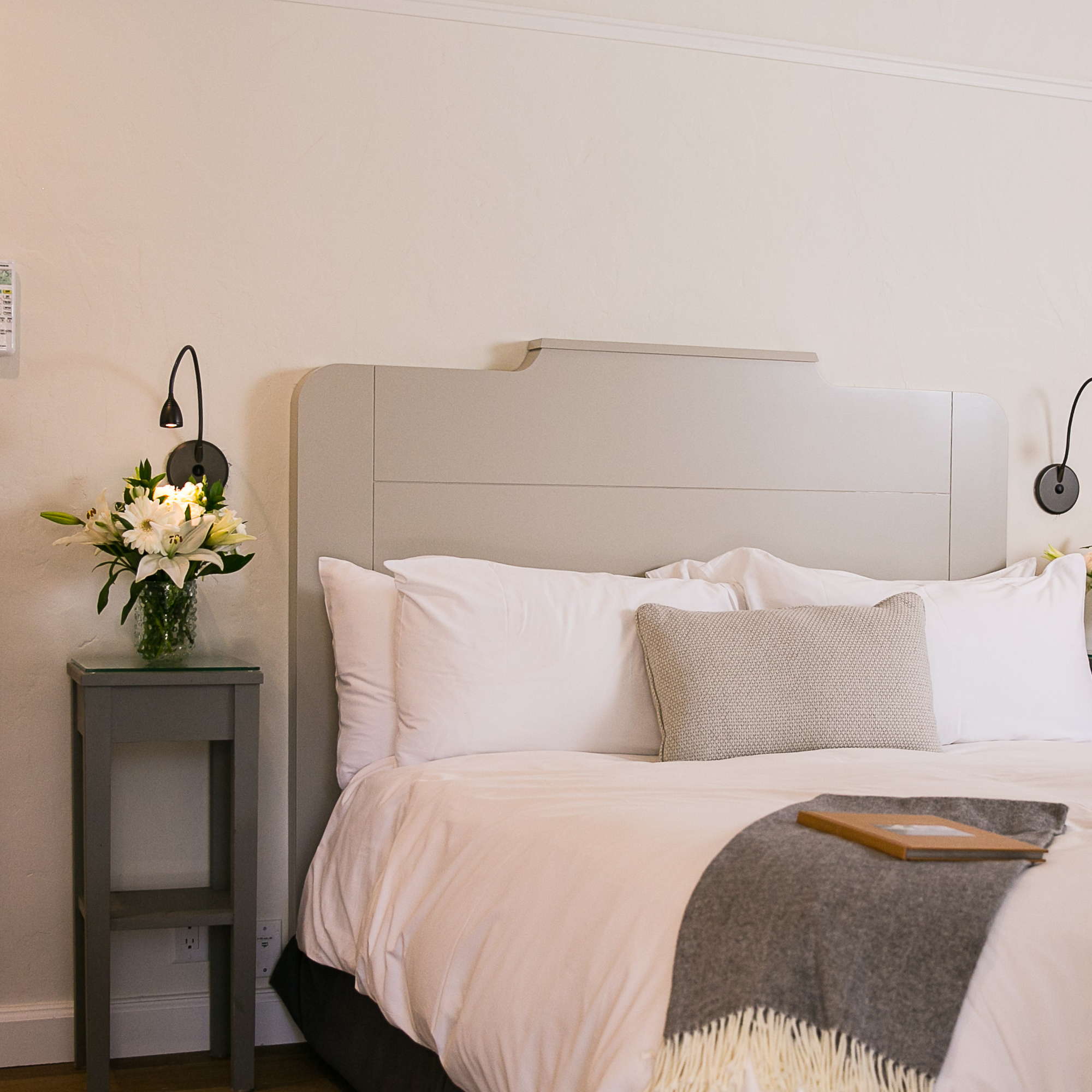 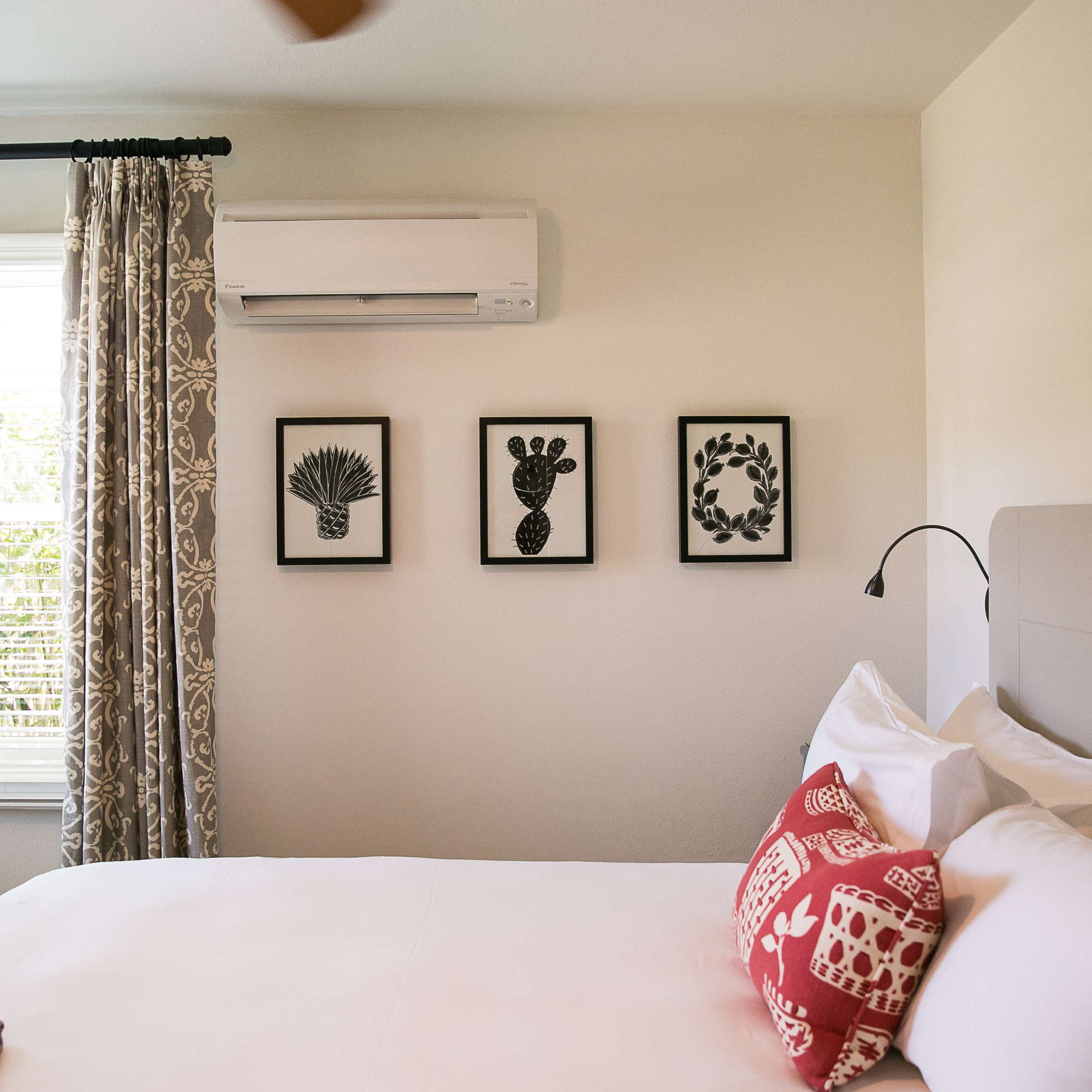 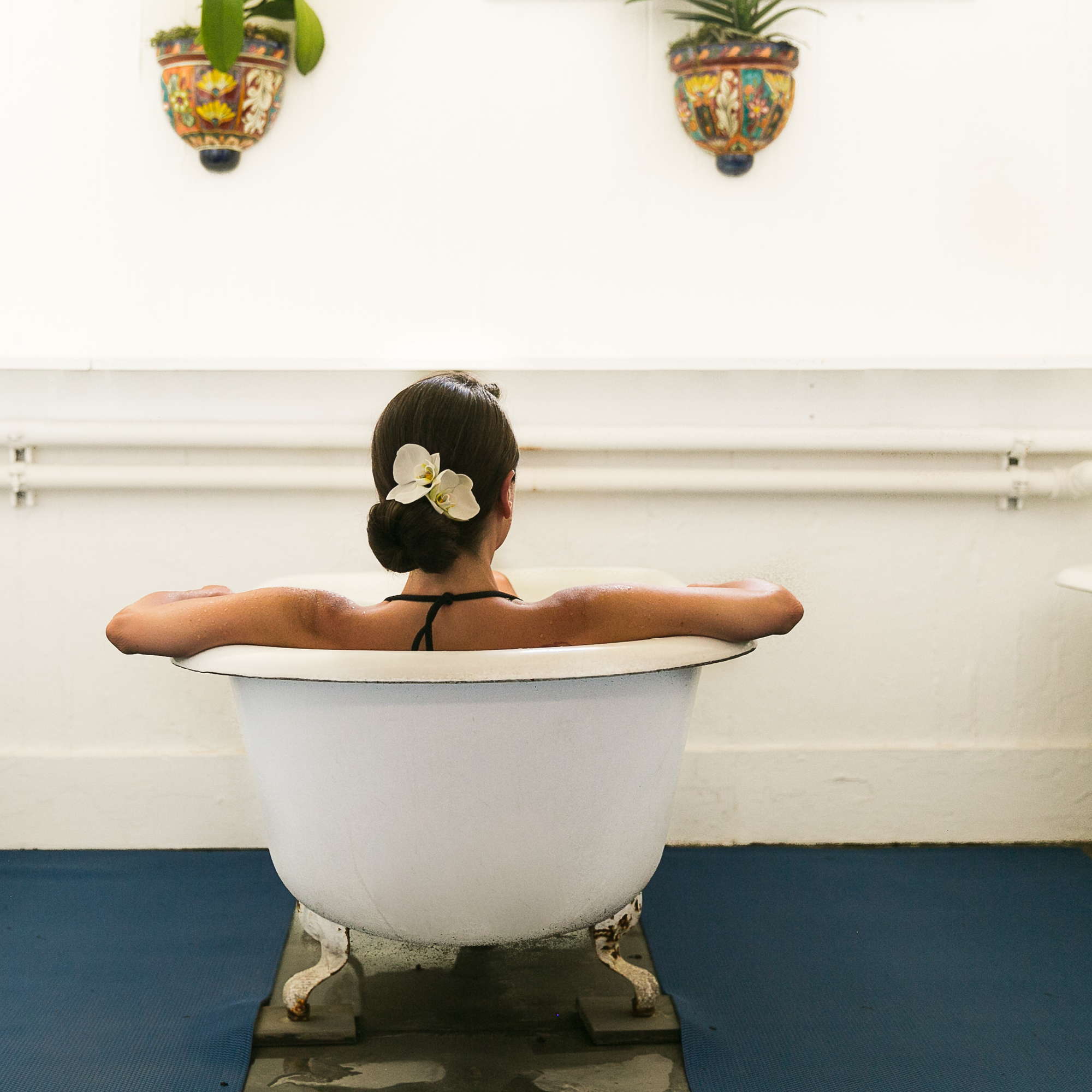 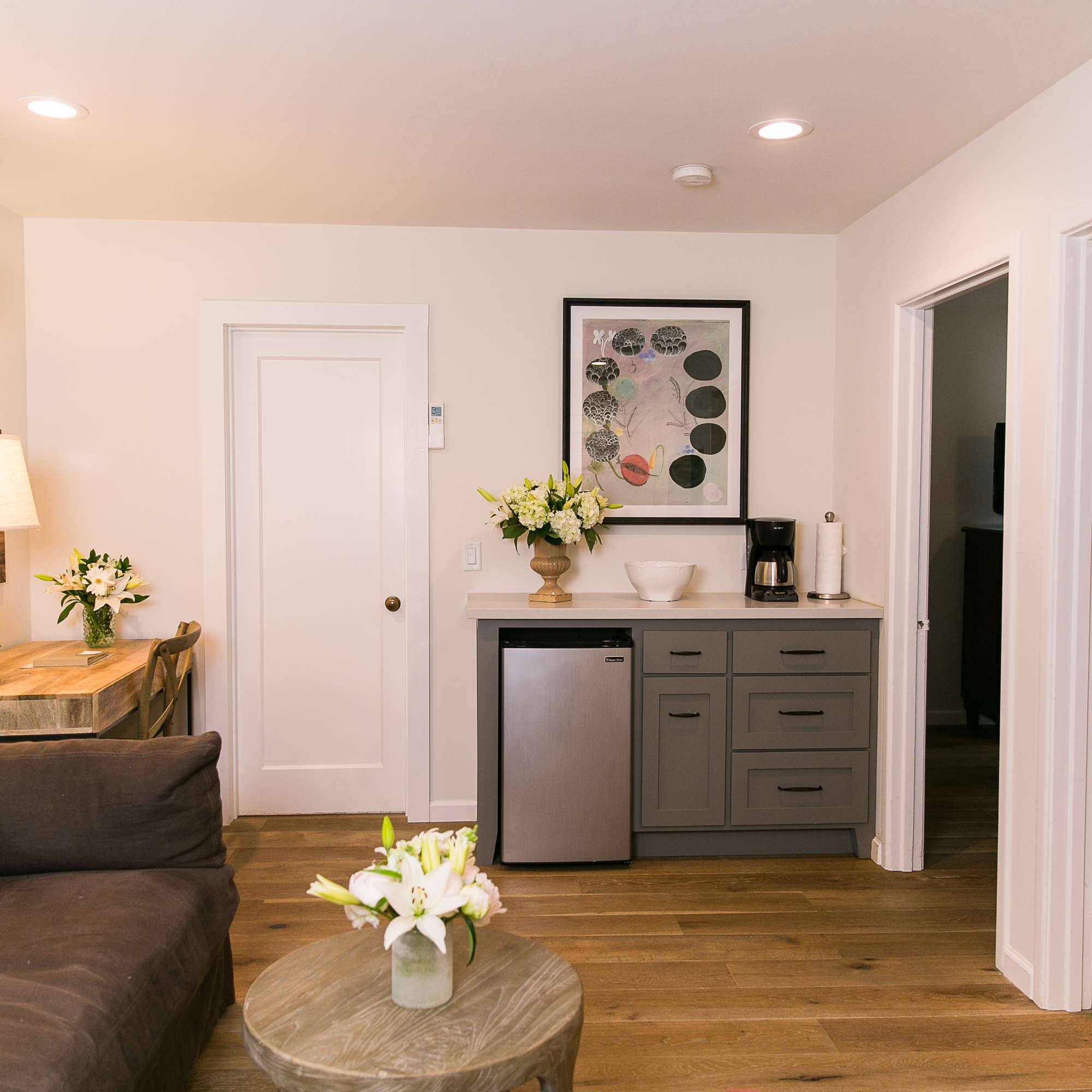 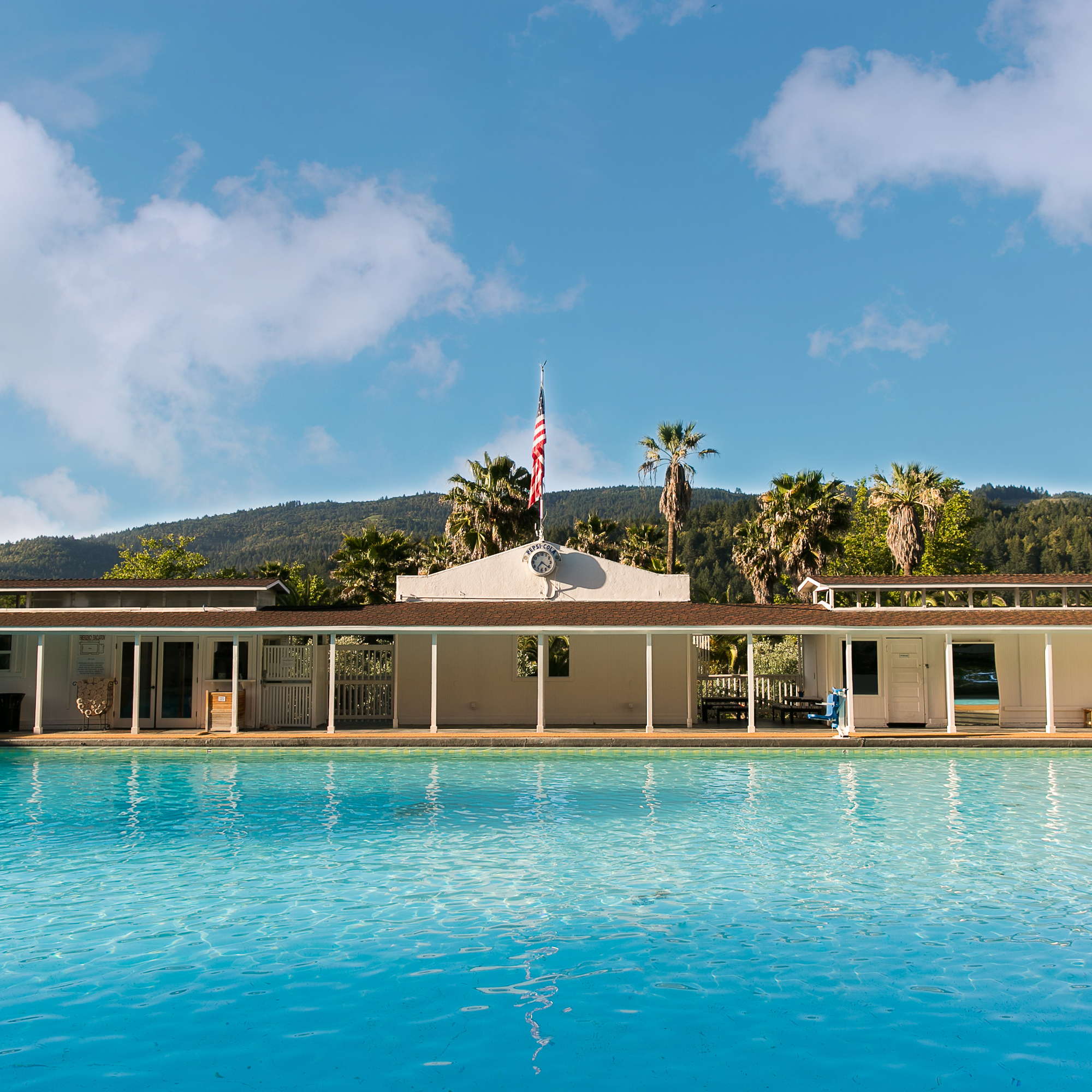 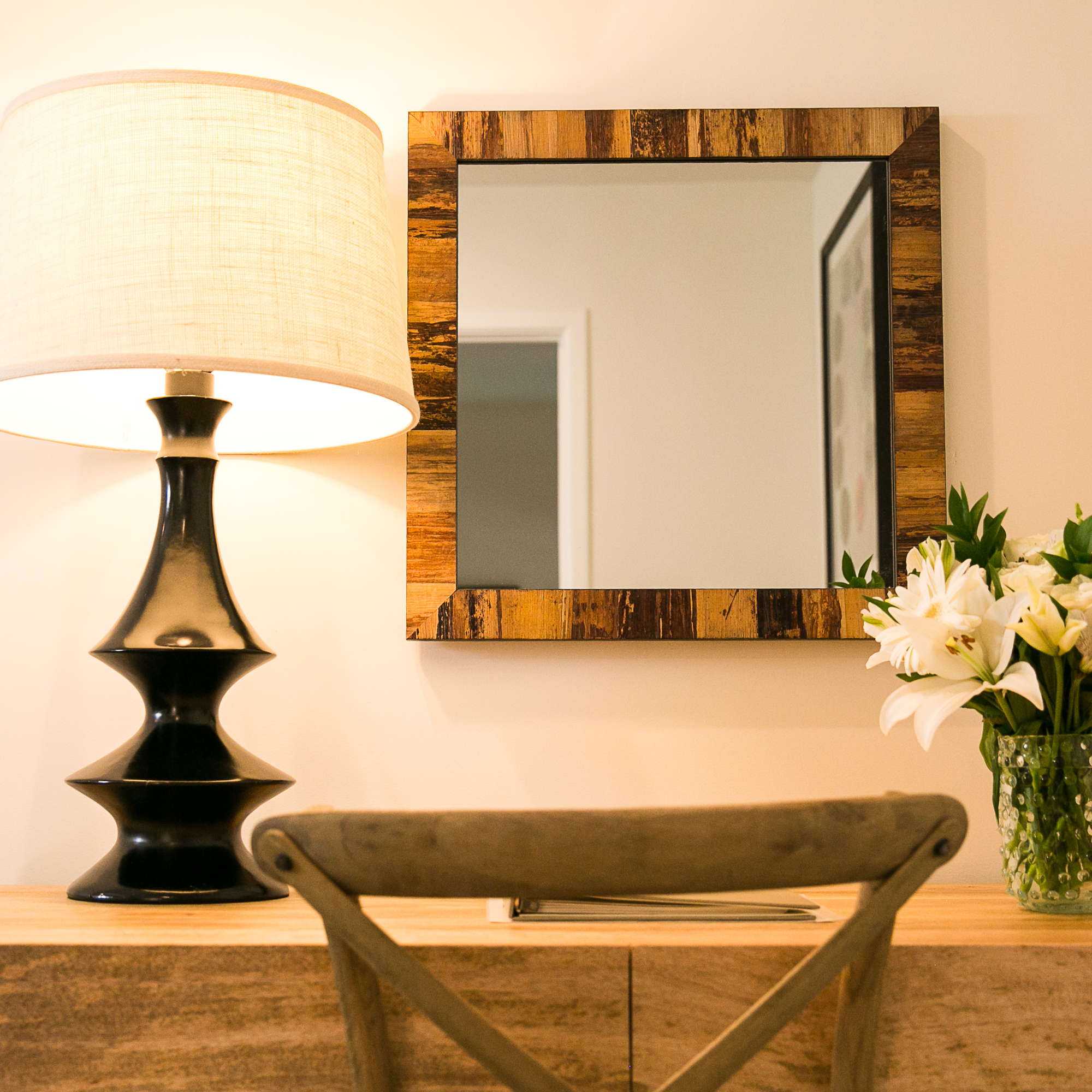