Newfoundland may not be atop many travelers’ lists (yet), but it ticks many of the boxes that are increasingly popular lately.

I’ve had a lifelong love affair with maritime Canada—as a child, I begged my parents to take me on a pilgrimage to Green Gables on Prince Edward Island; in college, I marveled at the hundred-foot tides in New Brunswick’s Bay of Fundy; and in the summer of 2005 I spent two weeks driving and camping along the coastline of Nova Scotia. Newfoundland piqued my fascination nearly 25 years ago when I read Annie Proulx’s brilliant novel The Shipping News, so I was thrilled when I recently had the opportunity to spend a long weekend touring this remote, sea-battered province at the easternmost edge of North America. Imagine a place that combines the ruggedly beautiful landscapes (and puffin colonies!) of Iceland, the colorful harbors and world-class restaurants of Denmark, and the warm, rustic hospitality of Ireland and Scotland, then add a favorable exchange rate and subtract the crowds of tourists, and you’ll wind up with Newfoundland. 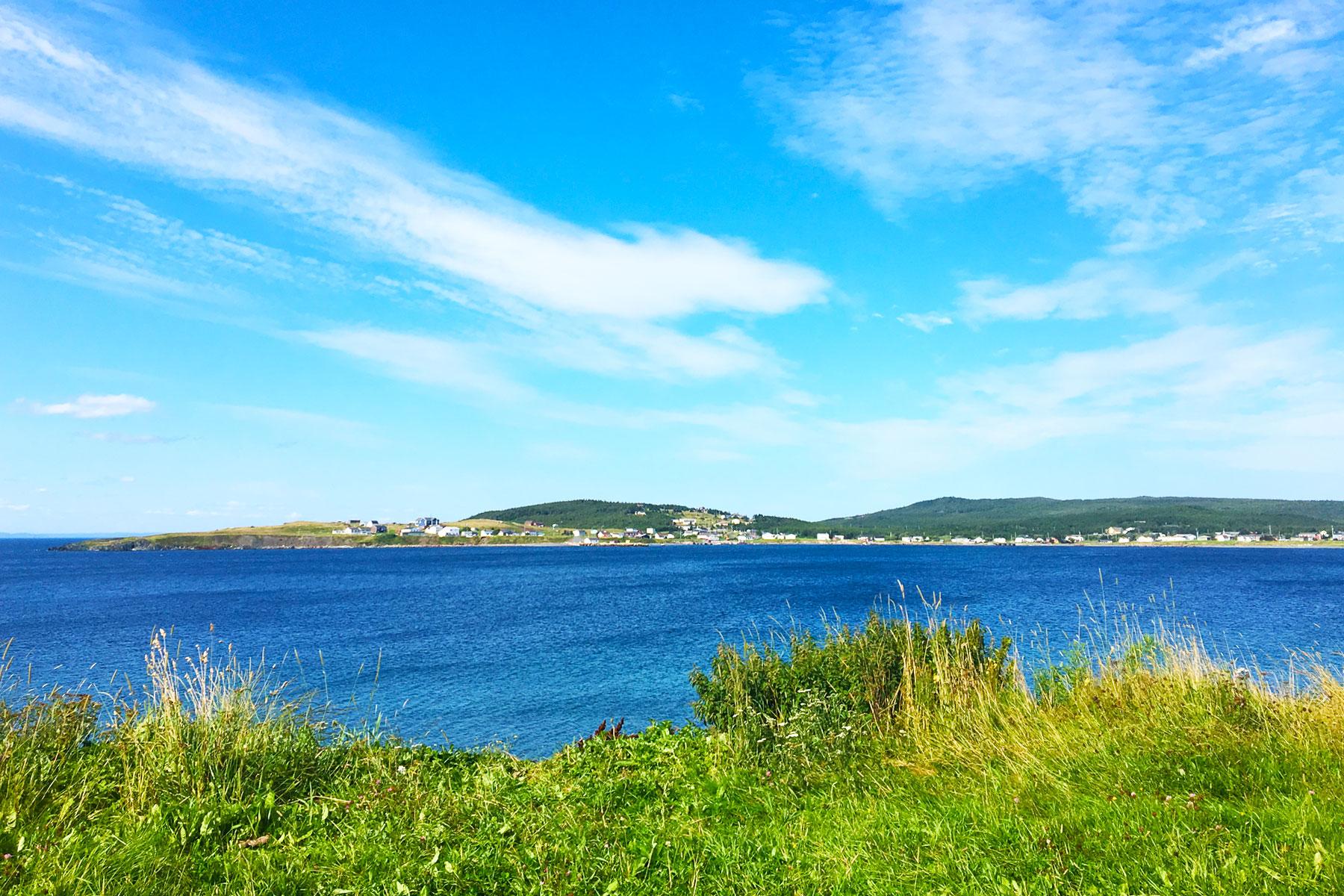 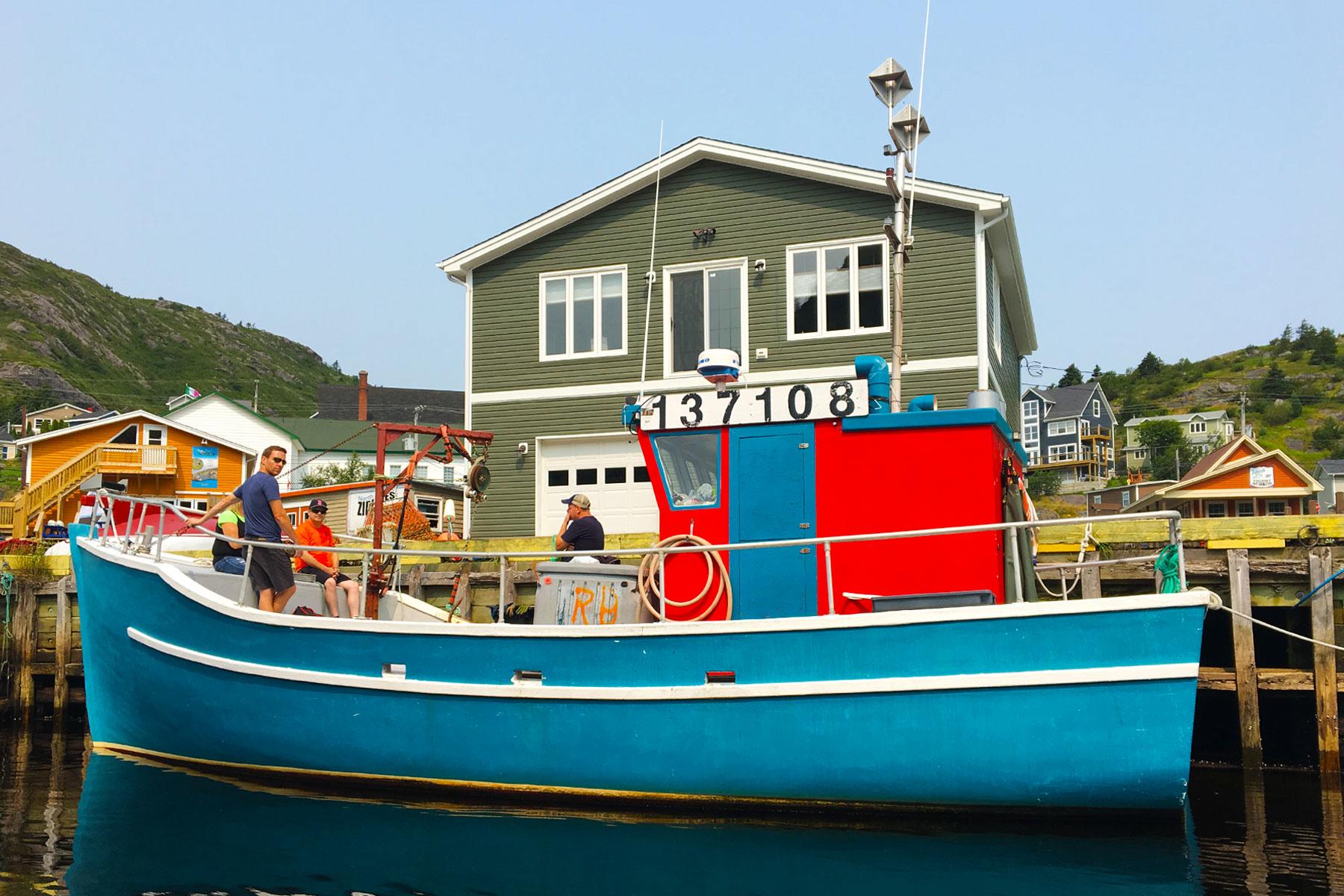 Getting to Newfoundland from the United States is a bit of a process, as there are no direct flights to the provincial capital of St. John’s. Luckily, though, quite a few flights that connect through Toronto and Montreal will get you there by early afternoon. St. John’s is a quick 15-minute drive from the airport, which allows plenty of time to relax and explore what some historians claim is the oldest European settlement in North America. The JAG Hotel is well situated at the edge of the historic downtown area, putting you in walking distance of many of the city’s sights, shopping, dining, and surprisingly vibrant nightlife. 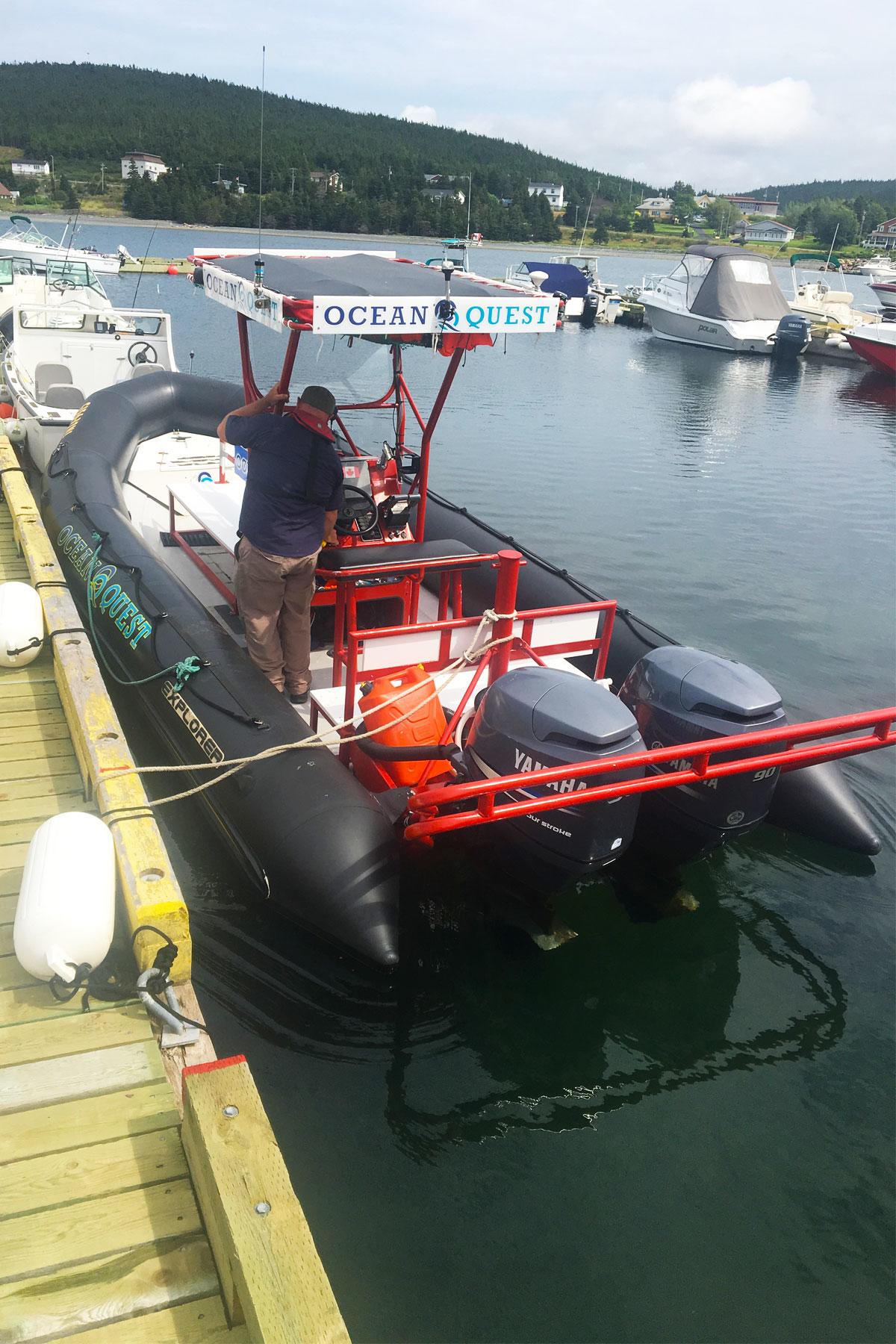 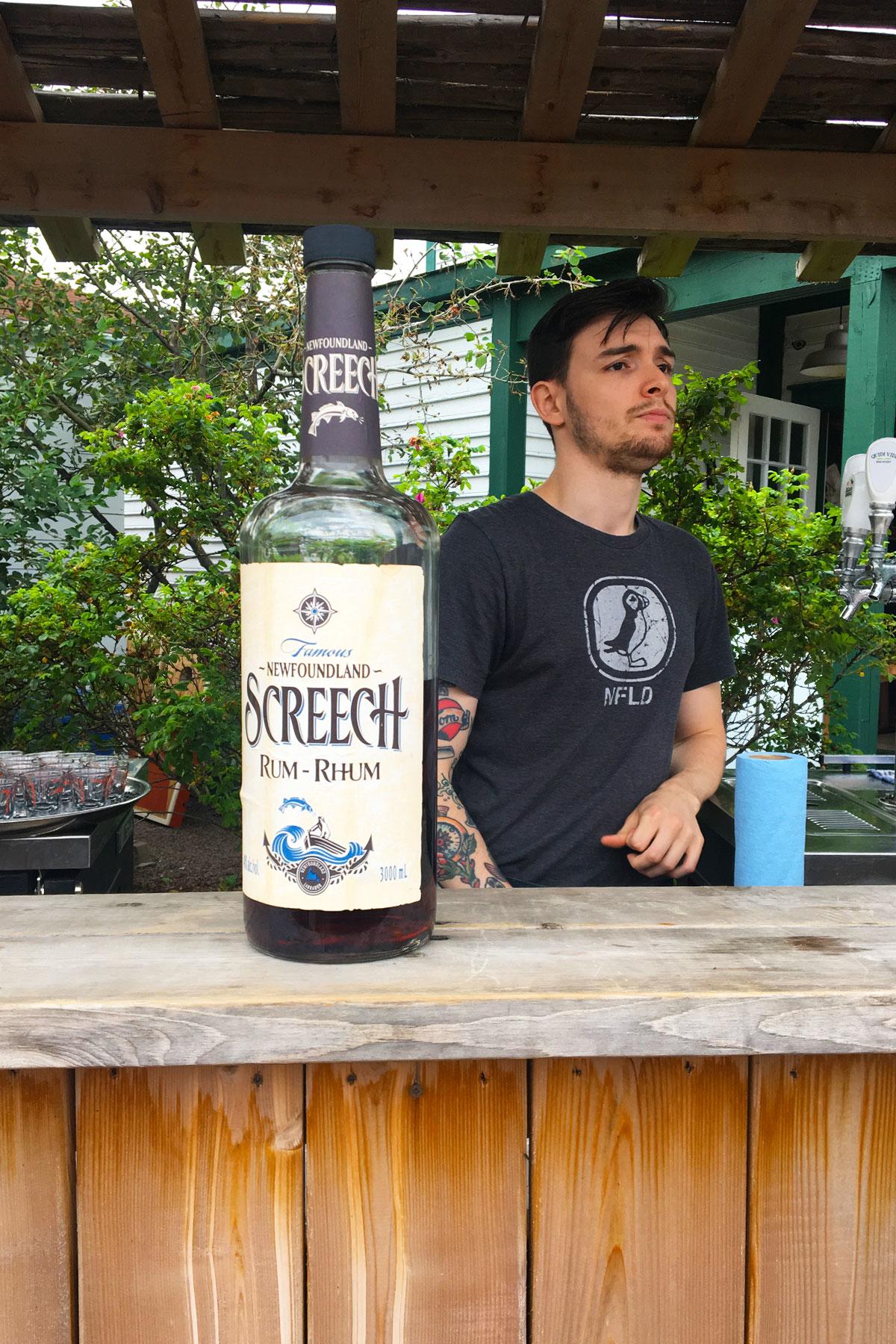 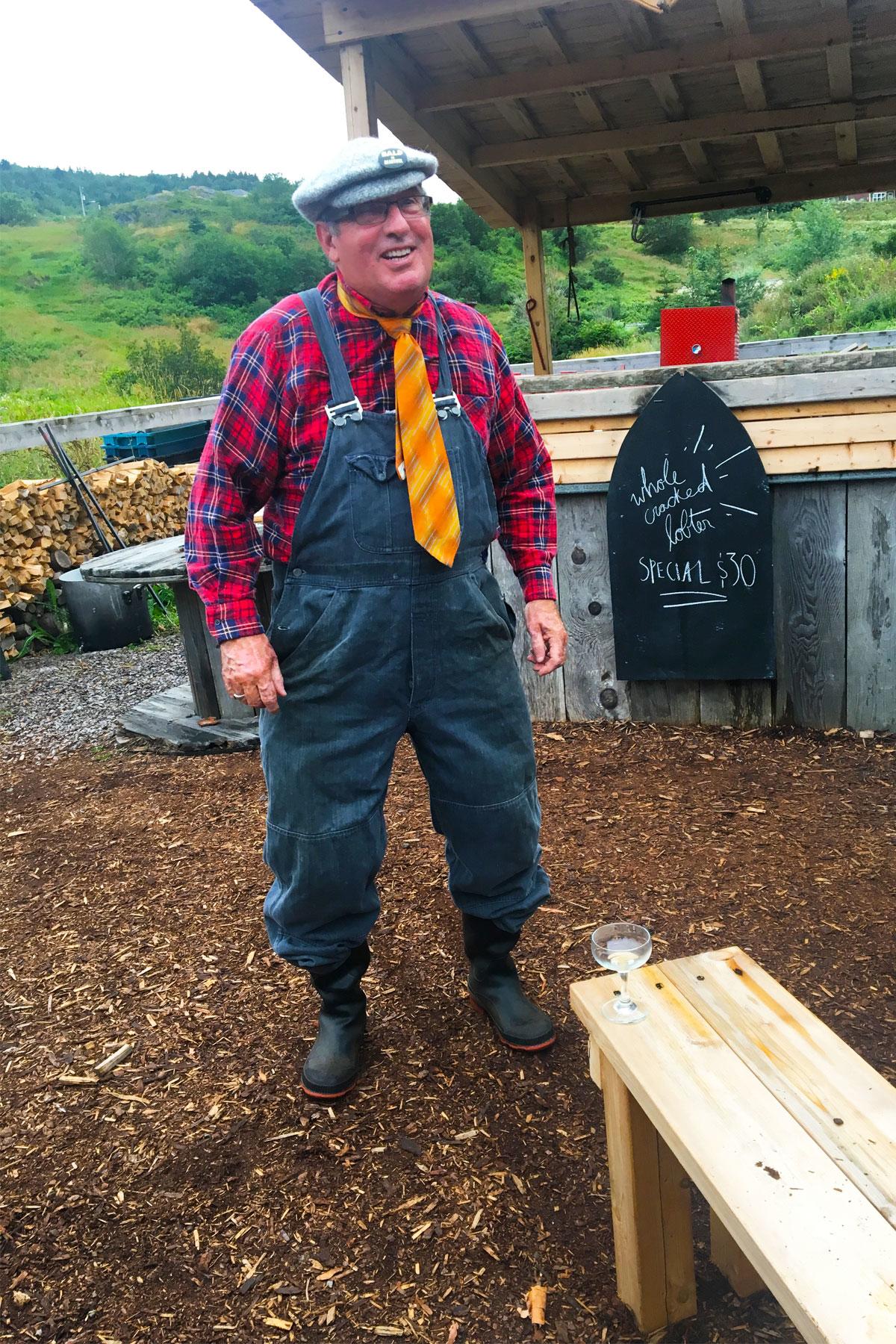 Treat yourself to dinner this evening at the famed Mallard Cottage, housed in an 18th-century wooden cottage in the tiny fishing village of Quidi Vidi, at the edge of the city. Nearly every restaurant in the province showcases Newfoundland’s spectacular natural bounty, but Mallard Cottage’s daily-changing menu elevates it to an art form. A typical menu will offer elegant presentations of locally harvested produce, meats, and, of course, the freshest possible scallops, lobster, shrimp, halibut, and cod, accompanied by inventive cocktails and a robust wine list. 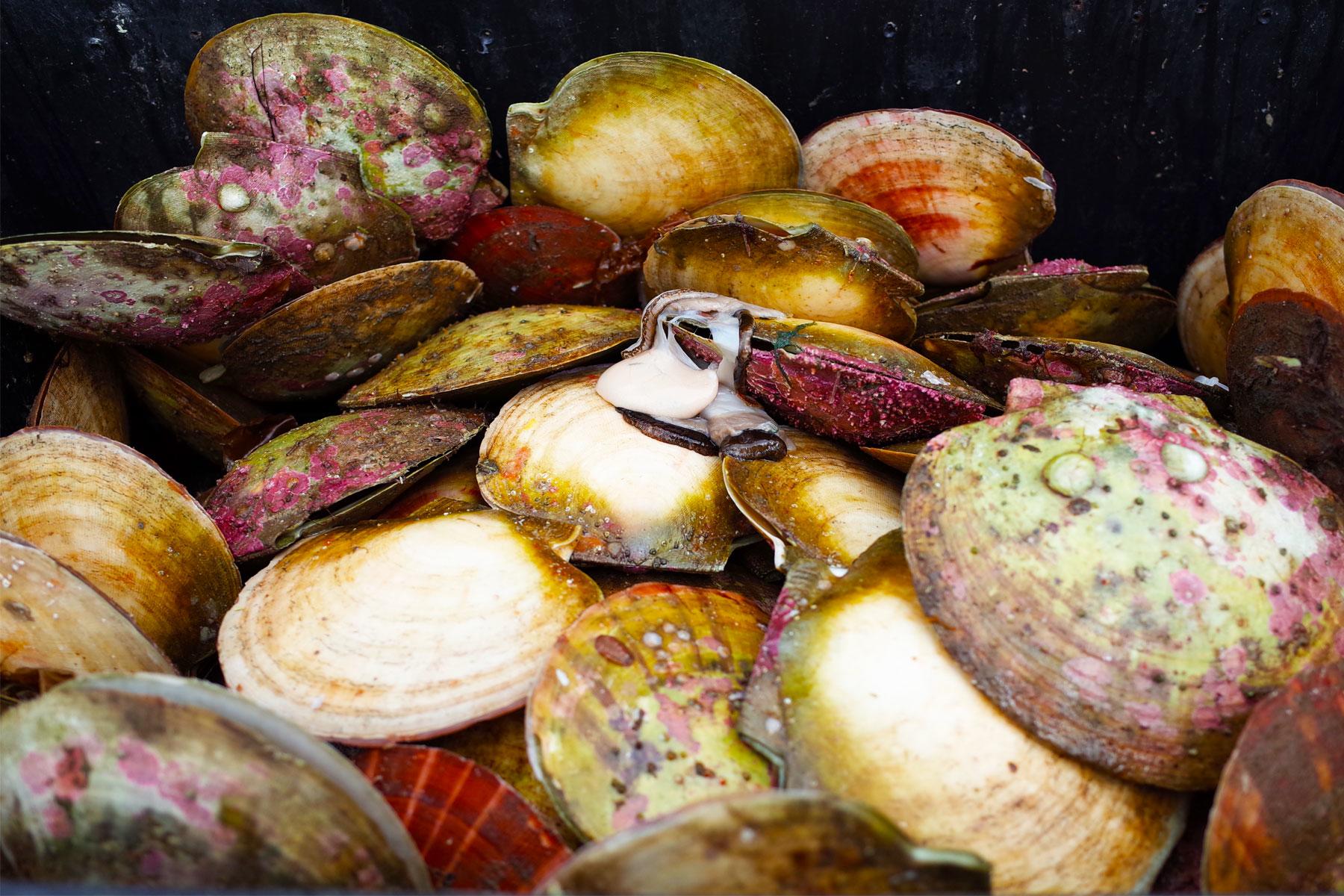 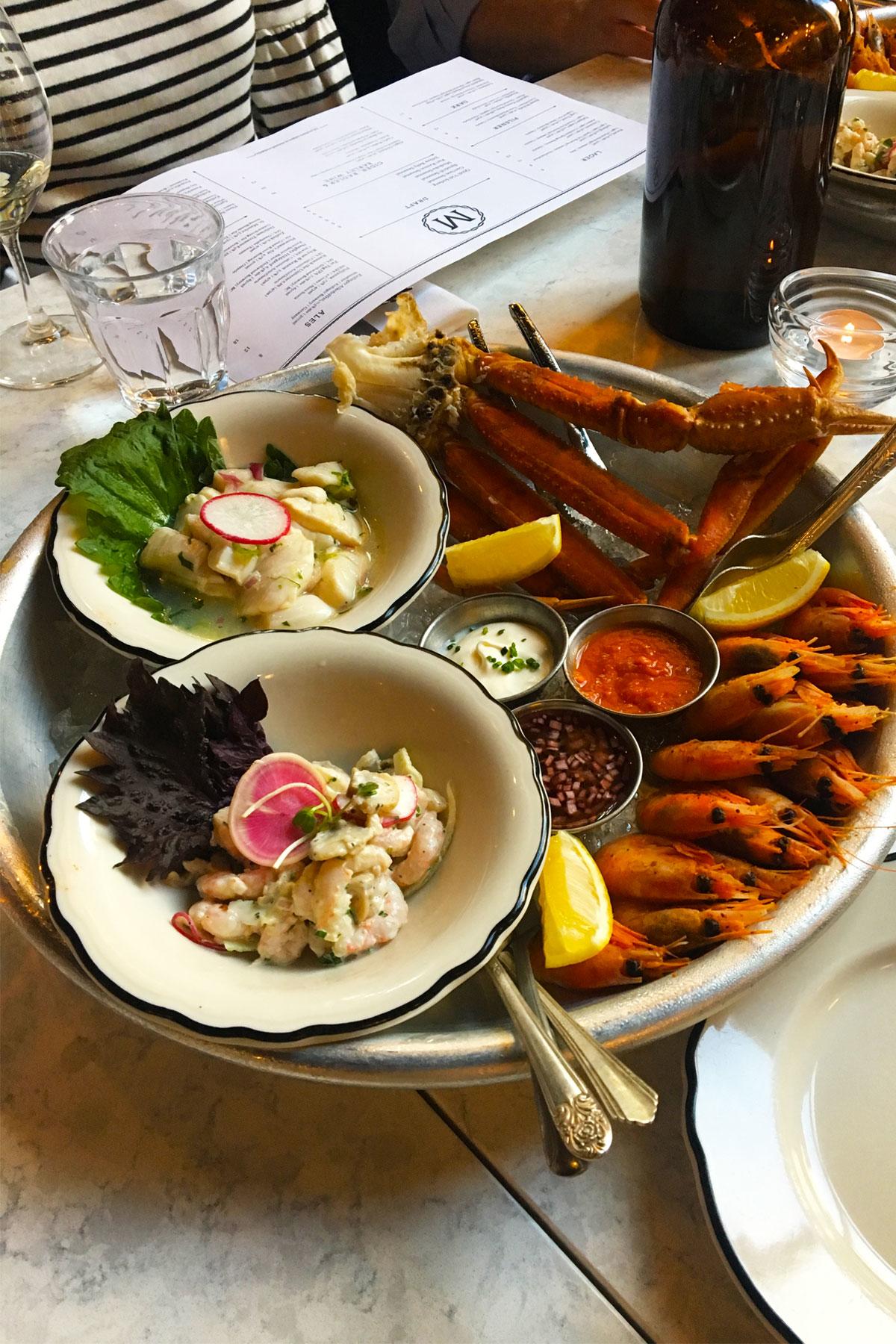 If you haven’t overdone drinks with dinner, this would also be a good time and place to participate in Newfoundland’s cherished initiation ritual. The details vary slightly depending on whom you ask, but they usually involve eating a tiny salt-cured fish, followed by a morsel of baloney, then reciting an impenetrable tongue-twister of an incantation wishing your fellows good luck and safety on the high seas, kissing a cod, and then downing an intimidatingly large shot of “screech” (local parlance for rum). I could have done without the baloney, but the rum washed all indignities away.

Go for a Drive

The weather in Newfoundland is notoriously capricious, prone to sudden squalls and dense banks of fog, but if you luck into a clear morning, set your alarm to go watch the sunrise at Cape Spear. This historic lighthouse, sitting atop 150-foot cliffs about 30 minutes’ drive from St. John’s, is the easternmost point in North America. The views from the windswept rock will take your breath away, but we must add a serious note of caution: It’s tempting to scramble along the cliffs to find a perfect viewing spot, but the rocks can be slippery and it’s easy to lose your footing. Stick to marked paths and heed the posted warnings. 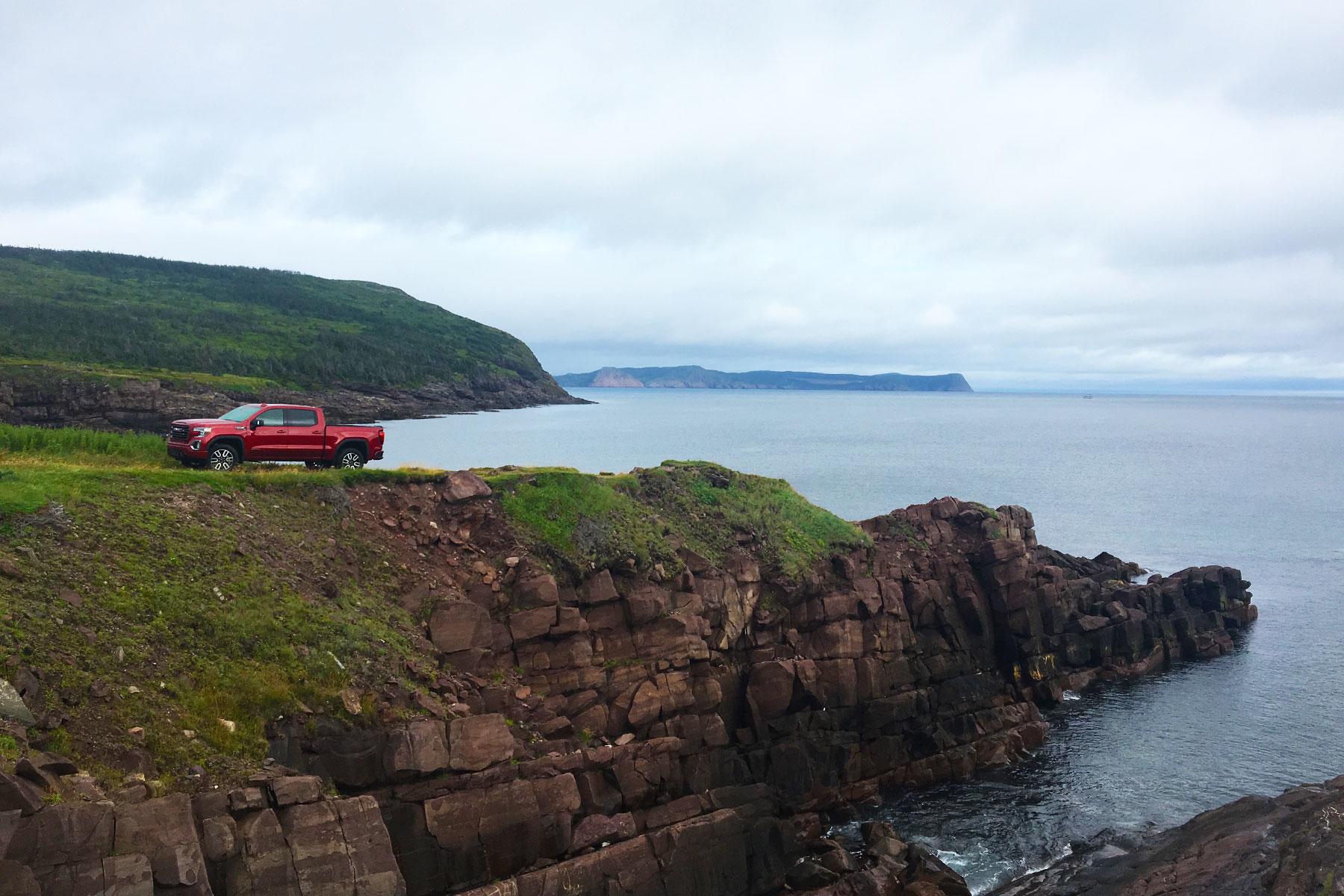 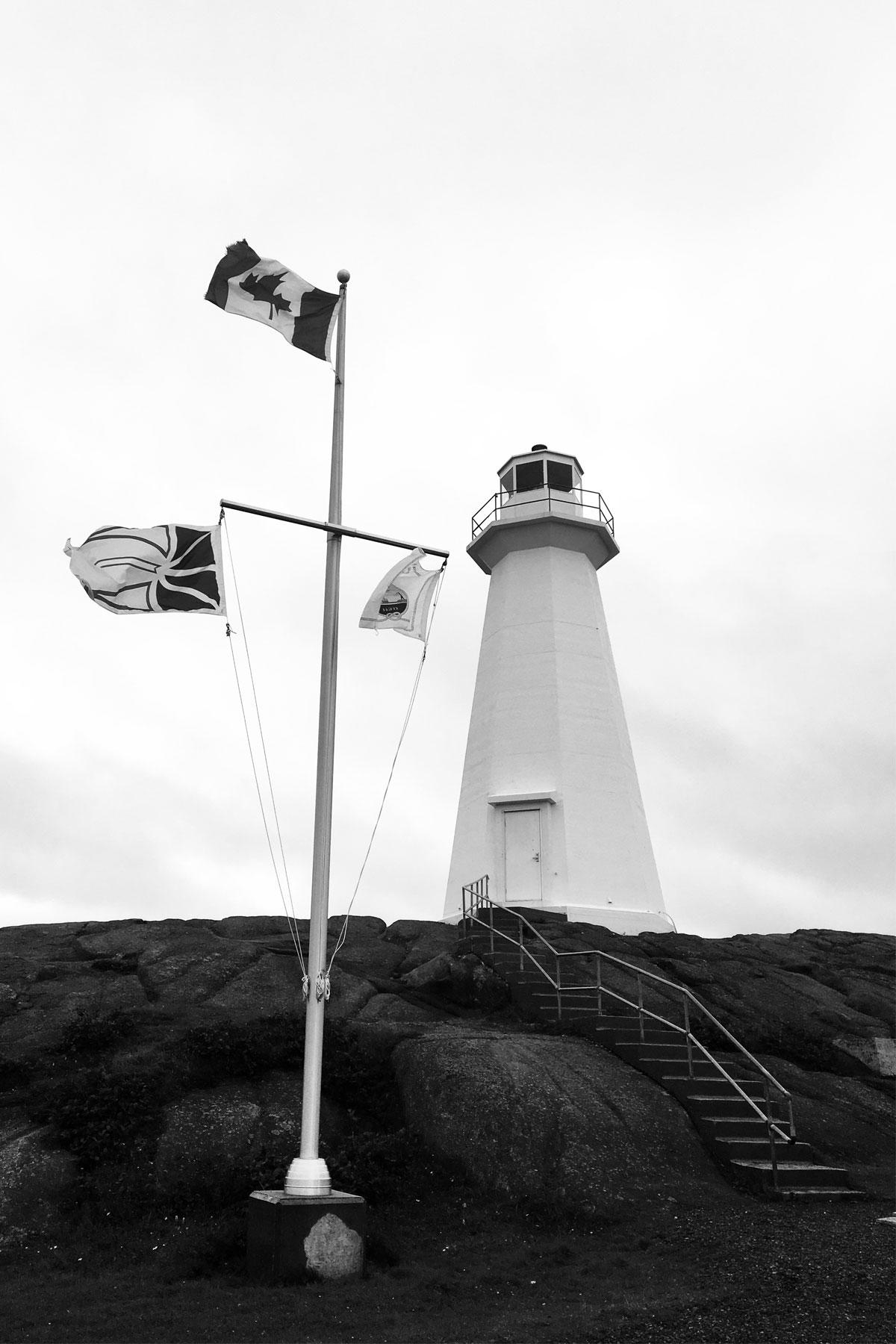 After warming up and fortifying yourself with a hearty breakfast back at the hotel, it’s time to explore the peninsula further. Driving the coast reveals dramatic ocean vistas to one side and pristine lakes and ponds fringed by wind-twisted spruce trees to the other (this is prime moose habitat, as local menus attest, so take care not to collide with these giant animals).

About an hour’s meandering drive northwest along the Avalon Peninsula from St. John’s will take you to the 16th-century hamlet of Harbour Grace, situated in a deep bay and surrounded by salt marsh. The location is charming enough on its own, but travel and aviation buffs will get a thrill when they learn they’re standing at the spot where Amelia Earhart set out in the Spirit of Harbour Grace in 1932 to become the first woman to fly solo across the Atlantic. 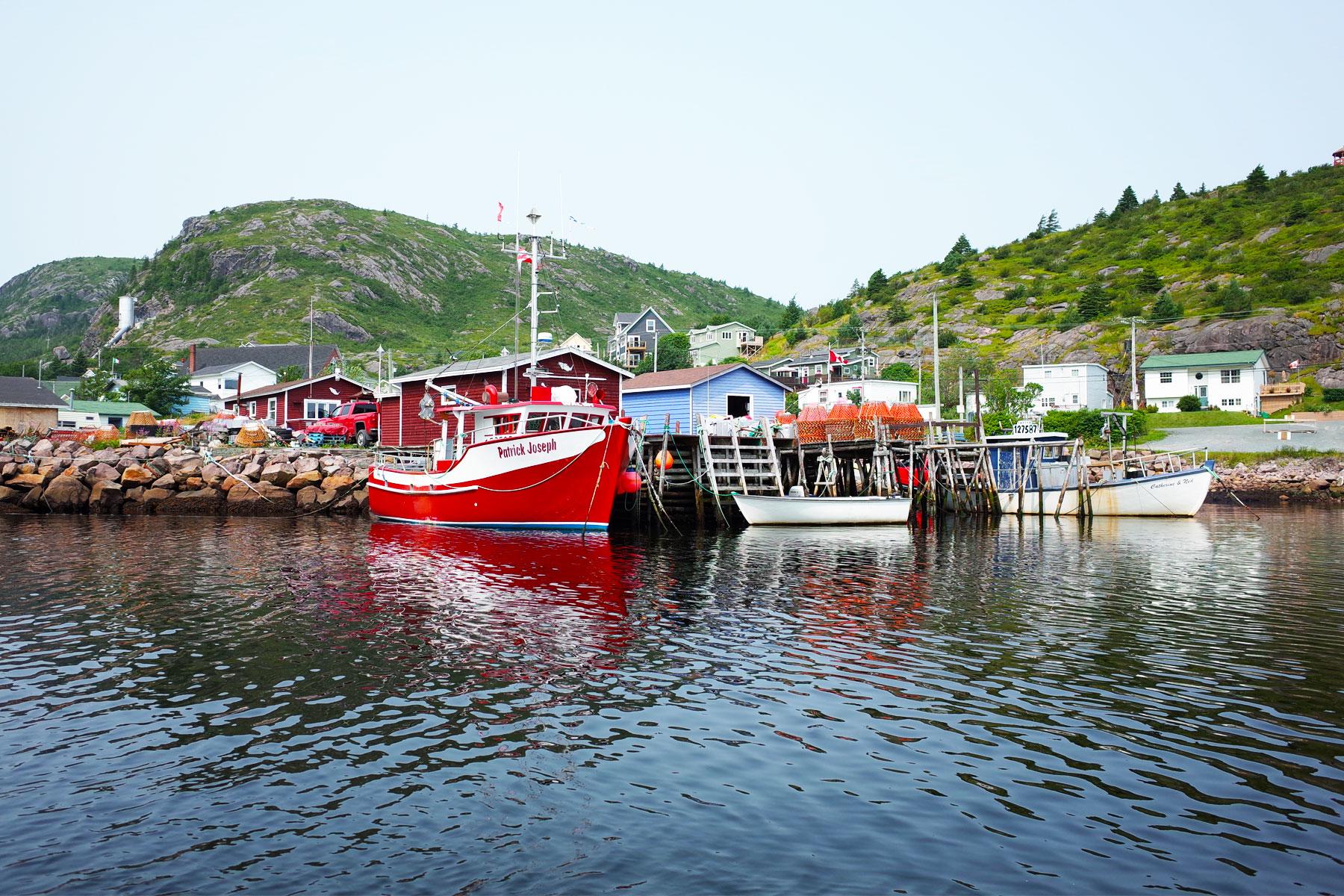 Crossing to the western coast of the peninsula and turning south will take you through a series of storybook-pretty harbor villages like Heart’s Delight and Cavendish, where homes and boats are painted in cheerful primary colors that echo the brilliant green forests and glittering blue water that surrounds them. Find a dockside restaurant to stop for lunch to enjoy a cold beer and fresh local seafood.

As evening finds you back in St. John’s, continue to explore its world-class dining options at either The Merchant Tavern or Raymonds, both helmed by star chef Jeremy Charles, who has several times been voted Canada’s top chef. Both restaurants occupy beautifully renovated historic buildings downtown; the Merchant Tavern features fresh pastas as well as upscale takes on pub fare, while Raymonds delights guests with elegant tasting menus covering a range of fresh meats, fish, and wild-foraged foods. Both restaurants offer expert wine pairings with their meals. 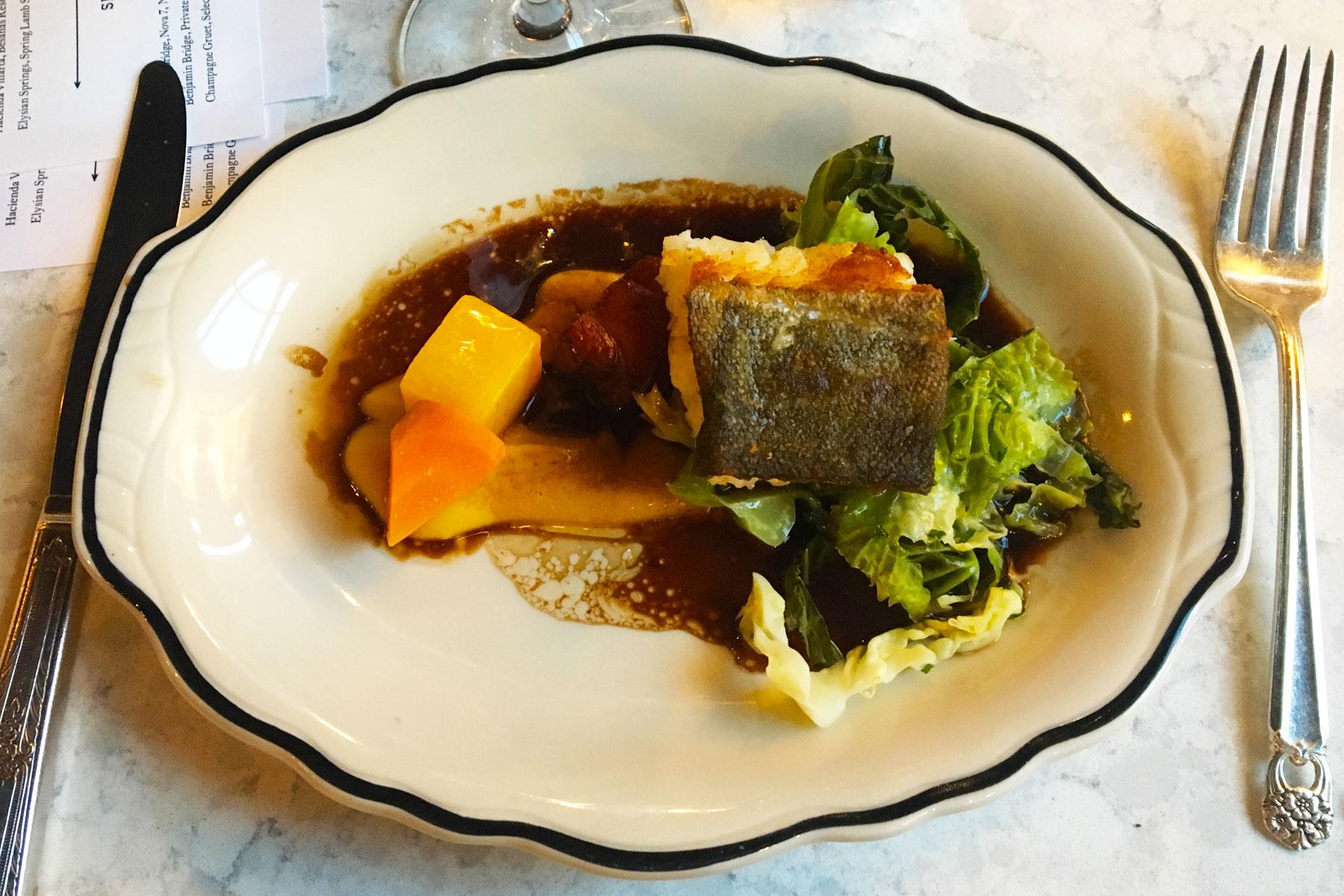 If you have any energy left to burn after your day of exploring, tiny George Street boasts two solid blocks of bars, pubs, nightclubs, and dance clubs that will satisfy just about any whim.

Take to the Sea

No visit to Newfoundland is complete without truly experiencing it as the locals do: from the water. The province’s fortunes were built and then lost on whaling and cod; of course, whaling has long since ended in this part of the world, but cod fishing has a more complicated and still evolving history. By 1992 overfishing had caused such a severe collapse of cod stocks that the government imposed a 10-year moratorium on the fisheries. Even after that, populations hadn’t rebounded to a satisfactory level (nor had the economy), but since 2011, the cod have seemed to make a healthy and sustainable comeback. Unfortunately, there is now a generational gap in people working as commercial fishers, and the industry is facing a severe labor shortage. 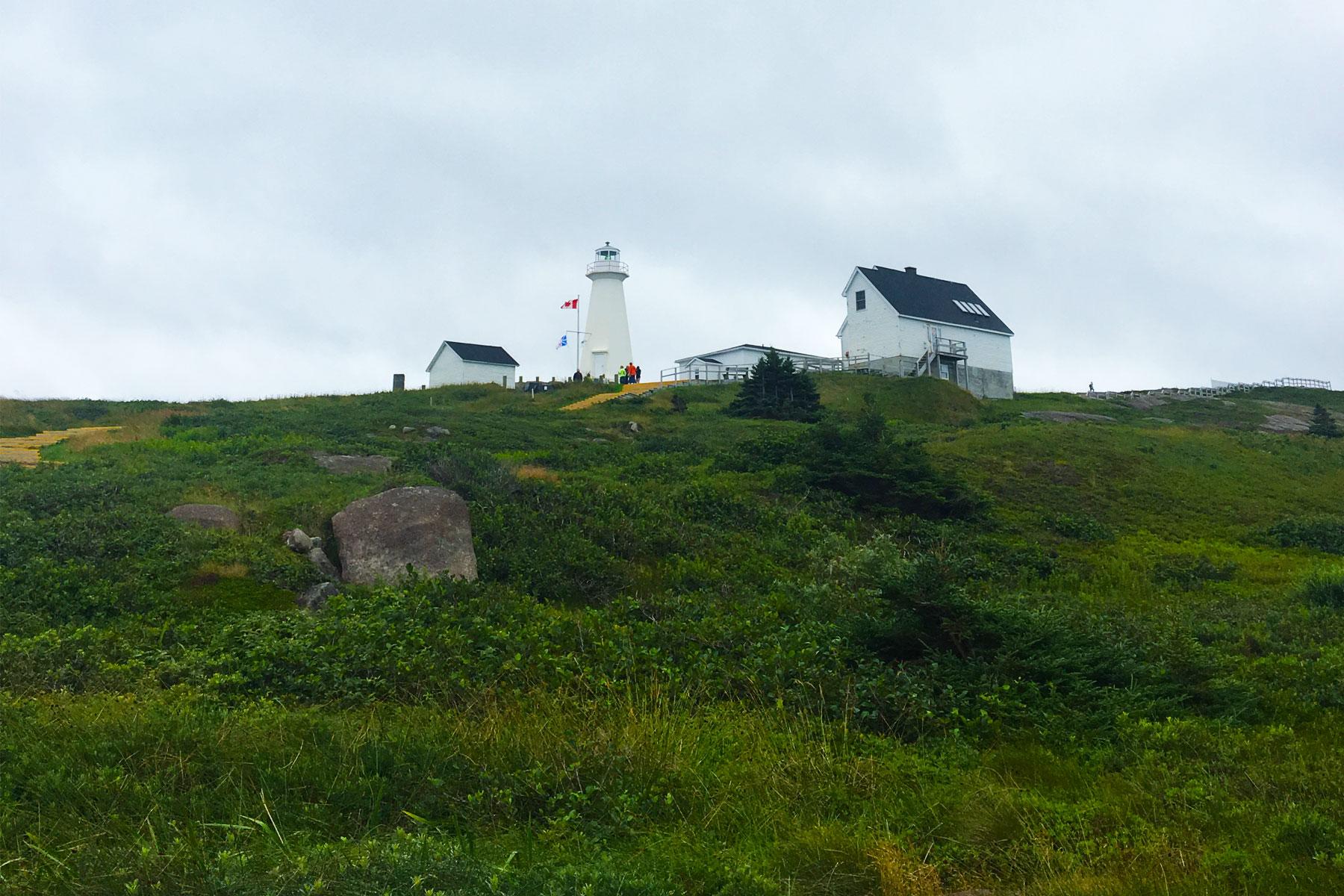 Stepping into this breach is the nonprofit Fishing for Success, operating from Petty Harbour, about 30 minutes’ drive from St. John’s. Their mission is to teach a new generation of young people the art and trade of cod fishing, with an emphasis on encouraging young women to learn the ropes. Fishing for Success also takes guests out for four-hour excursions in their open dories, where they teach the age-old technique of hand-line fishing along with the history of the area and the industry. Guests also get to keep their catch (believe us, you will catch a lot of fish!) and learn how to clean and filet the fish back at the dock. If you’ve booked a morning excursion, you can just keep the experience going with a lunchtime cooking class where you can learn traditional hearty preparations for your as-fresh-as-it-gets fish.

While you still have your sea legs, zip a little farther south along the peninsula for a late-afternoon boating excursion with Gatherall’s, out of Bay Bulls village. The cold, deep water and sheltered coves surrounding Newfoundland have long been the favored summer habitat for humpback, finback, minke, and even the occasional blue whales, and the rocky islands that dot the bays shelter teeming colonies of seabirds, the most popular of which are the goofily endearing Atlantic puffins, which spend their summers zooming across the water with beaks full of herring for their chicks nestled deep in underground burrows. Your guides will help you identify the diverse coastal wildlife and entertain you with traditional sea shanties and if you’re willing and lucky, yet another screech-fueled initiation ceremony (which may or may not involve soaking your left foot in freezing seawater and/or kissing the business end of a stuffed puffin). 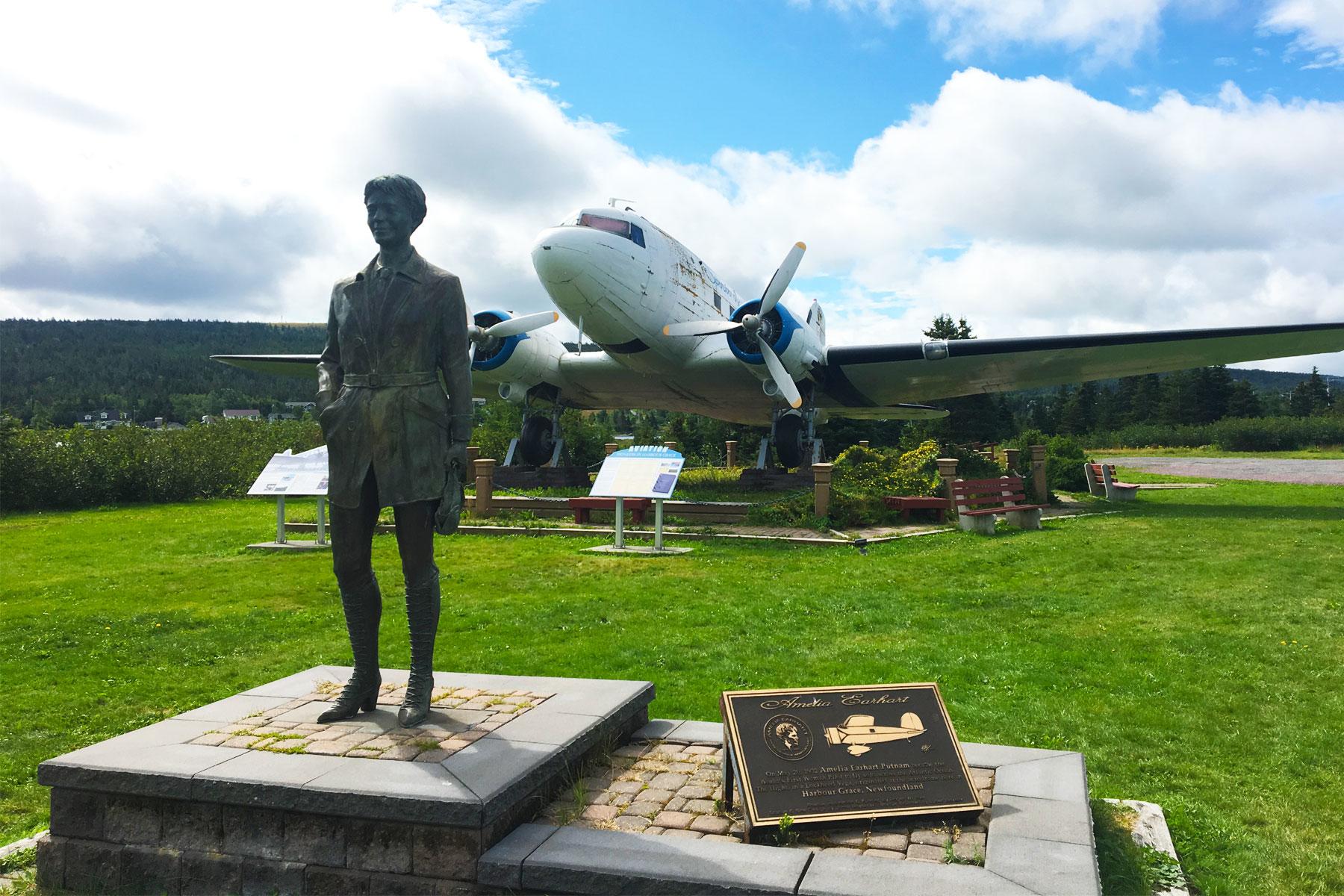 After a few days of traditional Canadian fare, a good dinner option would be one of the several excellent Indian restaurants in St. John’s; India Gate is a popular choice.

What Newfoundland provides in beauty and adventure, it lacks in public transportation—having your own car is essential here. The often harsh weather also means the roads take a serious beating, so a truck or SUV is a wise choice, especially if you want to head to more remote areas. GMC lent me a fully loaded 2019 Sierra Denali to test out, and I have to say—these beauties will help you explore at an impressive level of style and comfort. And when I say fully loaded, I mean it; this handsome beast does everything but cook your dinner. Campers and off-roaders will appreciate the state-of-the-art towing and multi-camera features, and softies like me will appreciate the numerous thoughtful creature comforts (the legroom! the tailgating-ready tailgates!) and clever storage options that I never knew I needed but am now a complete diva about. It’s worth the splurge to get your hands on one for your coastal adventure. 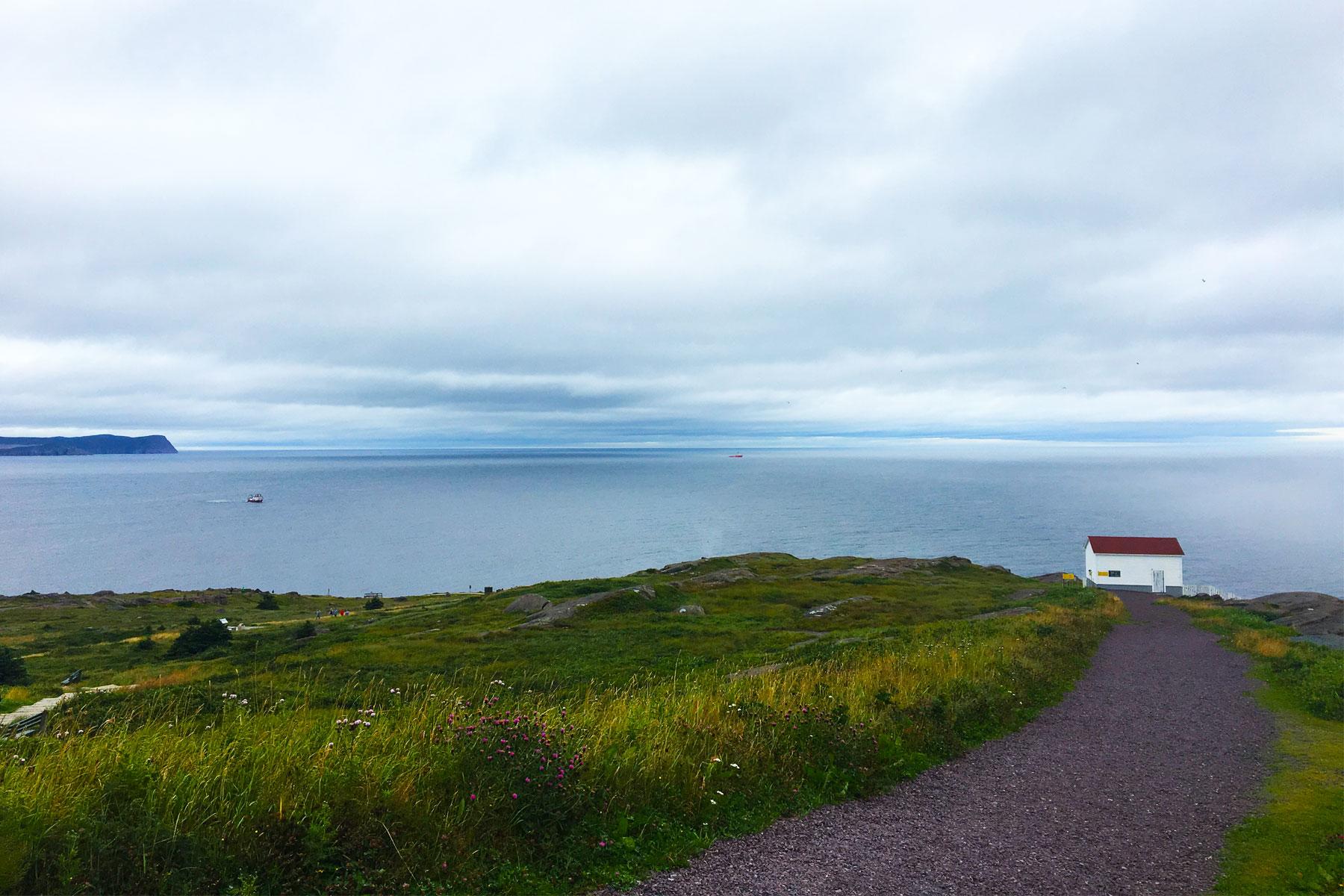 The weather is unpredictable; mid- to late summer is your best bet for stable weather and prime wildlife watching.