How Peru’s favorite comfort food came to be.

Peru’s known as a foodie global hot-spot. After all, two of the world’s best-ranked restaurants are both in Lima. And quinoa’s gone from obscurity to a superfood for the health-conscious. Even with all of the attention that it’s gotten, there are still a lot of dishes non-Peruvians are learning about, and one of the most popular is lomo saltado. Ceviche is the Peruvian dish that might be the best known globally, but lomo saltado is the nation’s comfort food.

Lomo saltado is a stir fry that explodes with flavor, a criollo combining Peruvian and Chinese ingredients. Strips of beef are marinated in vinegar and soy sauce, fried in a wok with onions and tomatoes, and hit with a dash of ají amarillo, Peru’s most famous hot sauce. It’s served with white rice and, most commonly, French fries. You can find it with little variations: upscale restaurants might serve it with tenderloin, and a few places serve it in a sandwich. The best place to dive in and find great lomo saltado is in Lima’s Barrio Chino, the city’s Chinatown. 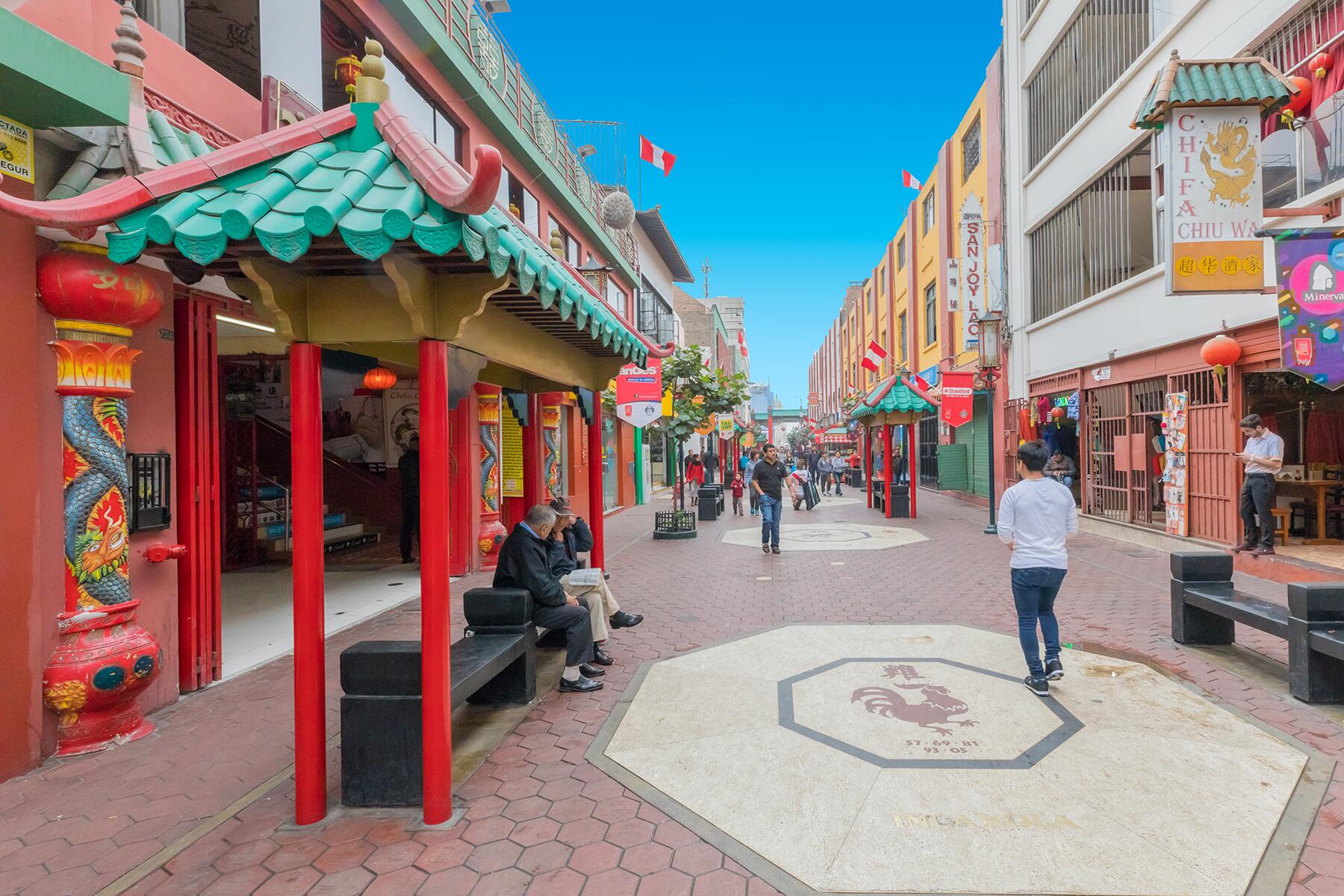 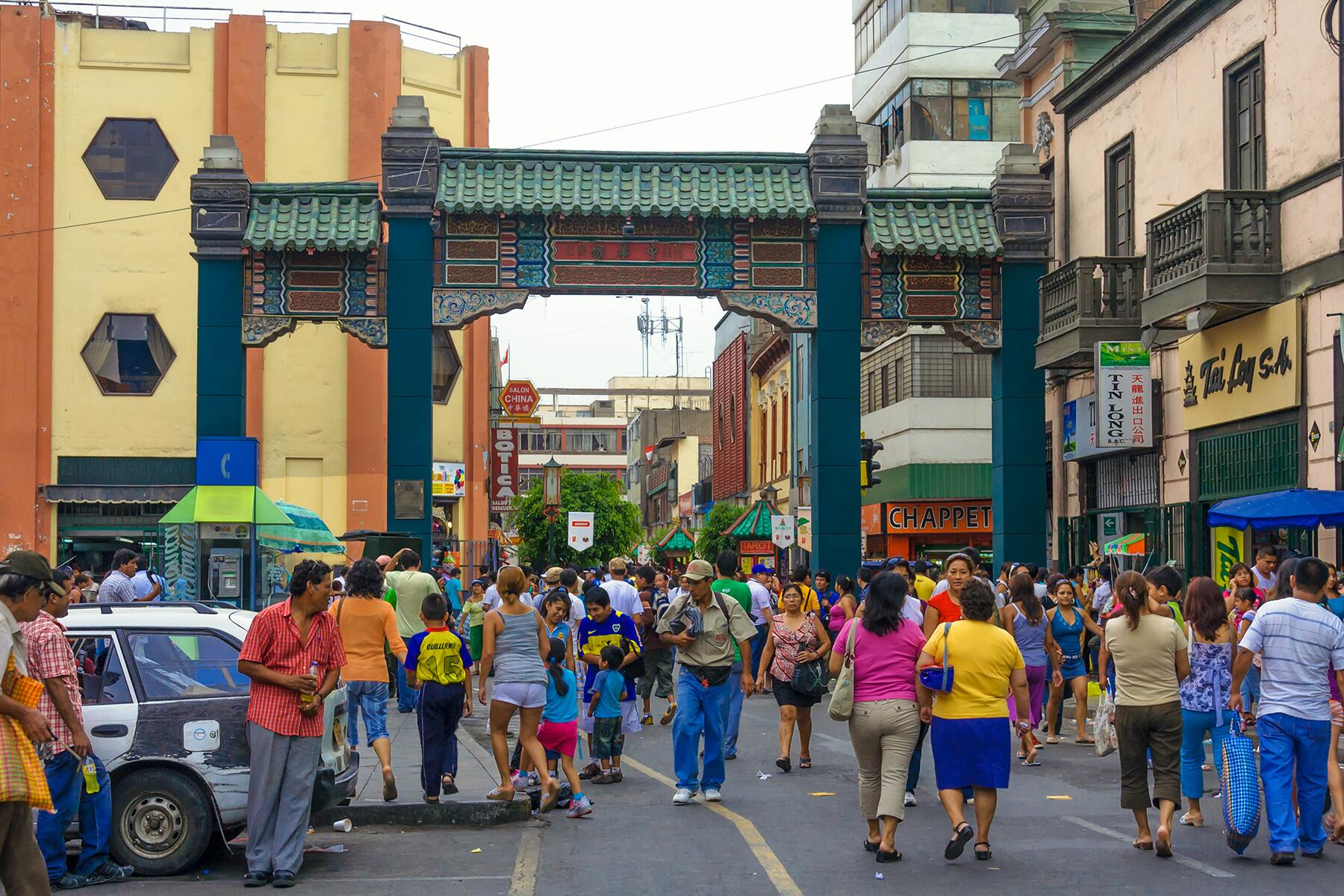 The history of the dish sheds a great deal of light both on Peru’s past and present. It began as a take on lo mein, which was created by Chinese people who were exploited as indentured servants in Peru. Local ingredients were added and it became a staple dish for the whole country. Those unfamiliar with South America’s history can forget that it is a very diverse place, and Peruvians of Chinese ancestry have played an important role in shaping the country. Today, up to 5% of Peru’s population can claim at least one Chinese ancestor.

The history of the Chinese diaspora in Peru began in the 1840s, as Peru’s government debated the abolition of slavery. The prospect of losing control over their labor supply worried powerful economic interests. The solution they arrived at was so-called “coolie labor,” meaning the importation of large numbers of indentured servants from China. Almost exclusively men, over 100,000 Chinese workers came to Peru between 1849 and 1874, most of them from Canton. This was not unique to Peru: indentured servants began arriving in Cuba at almost the exact same time, and this practice soon spread throughout South America.

The terms of servitude were brutal and exploitative: workers were brought in under contracts that effectively trapped them in debt slavery for a number of years. The work was difficult and dangerous. In the 19th century, Peru’s most important export was bat guano, because it was a vital component in creating fertilizer when no synthetic process existed. Guano mining was hellish: the islands were isolated, the workers were frequently beaten, and mining guano is about as awful as you might imagine it would be. The death toll was high: as many as half of all the forced laborers who came to Peru died by overwork, disease, or suicide. In the 1860s and 1870s, they worked on railroads.

However, many workers chose to remain in Peru once their contracts were up. In 1874, a treaty between Peru and China ended the labor trade but opened up immigration between the two countries. While the Chinese community encountered racism and discrimination, anti-Chinese legislation never developed to the extent that it did in the United States. Restrictions on immigration happened in the 20th century and were shorter-lived than U.S. exclusion. The near-total absence of Chinese women meant that former laborers married with the locals instead, and Lima was soon home to a thriving Chinatown. Many worked as domestic servants or opened small shops and restaurants.

Chinese laborers brought their own culinary traditions with them but had to adapt and work with the ingredients that they had available to them. Lomo saltado grew out of the lo mein Chinese laborers cooked for themselves, but it was soon adapted to include local ingredients. Potatoes are not a traditional component of Cantonese cooking, but they’re common in Peru. The earliest mention of the dish dates from a cookbook from 1903, which simply calls for stir-fried strips of beef with fried potatoes. Ají amarillo, tomatoes, and onions were added subsequently. The name refers to how it’s cooked: lomo colloquially means a cut of beef in Peruvian Spanish, and saltar is to jump, referring to the way food is cooked in a wok.

If you want to experience lomo saltado in Peru, the best place to do it is probably in the barrio chino. Calle La Concepción is credited as the birthplace of lomo saltado, and you can walk up the streets of the barrio and stop into any number of chifas. However, good lomo saltado can be found all over the city. Madam Tusan in the Miraflores neighborhood is a truly Peruvian-Chinese fusion restaurant. San Borja is another neighborhood that’s home to a growing number of chifas and dim sum restaurants, and Haita is one of the outstanding chifas in the neighborhood. If you’re looking for vegetarian options, saltados with mushrooms are increasingly common, too.

Interesting article, thanks for sharing.