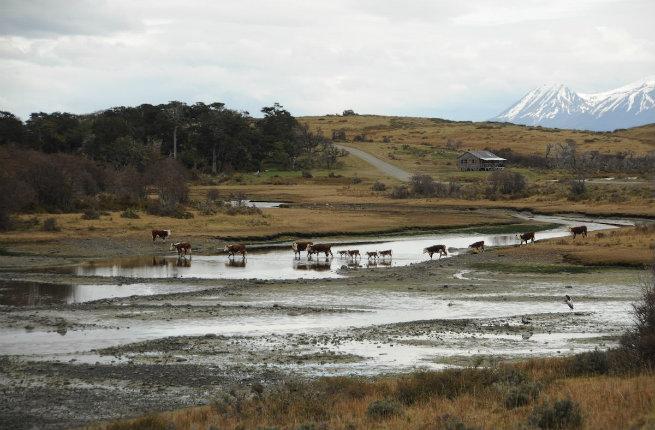 The draw of Patagonia is strongly visual, but photos don't do justice to the giant, 360-degree display of the planet’s finest plays of light and shadow. On my flight to the island Isla Navarino from the mainland peninsula city of Punta Arenas, Chile, the first thing to come into view is the jagged pinnacles of the Dientes de Navarino mountains, stark against the blue sky. It’s one of Chile’s least-visited mountain ranges, but there’s a four-day hiking circuit here, an exercise in patience and changing weather, that allows you to take in the views of one of the most remote parts of Patagonia.

The Strait of Magellan separates the mainland of South America from the first and largest island of Tierra del Fuego (literally, land of fire), where Argentina’s Ushuaia ships off boatloads of adventurers headed to Antarctica every southern summer. Even further south, below the Beagle Channel (named for the ship that brought Charles Darwin to these shores), lies the 25,000-square-kilometer Isla Navarino. The island is Chile’s claim to this part of the world, and the “city” of Puerto Williams, population 2,900-strong, bills itself as the “southernmost city in the world.” Calling Puerto Williams a city would be a bit hyperbolic. But in this land of extremes, descriptions tend to be vast.

Outdoors Apeksha Bhateja These Animals Are Almost Impossible to Spot See in the Wild. Here's How I Saw 3
Continue Reading Article After Our Video 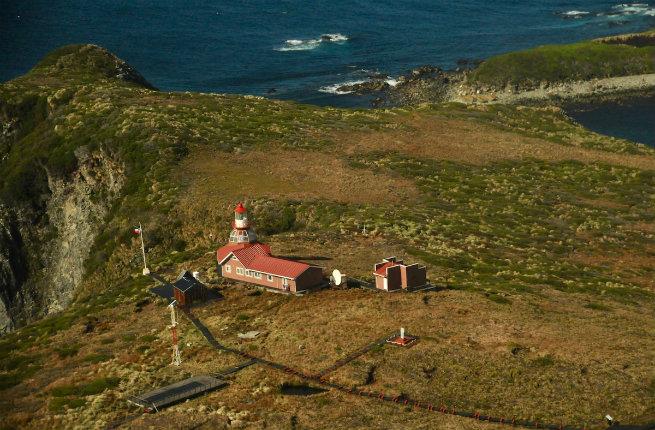 Walking the extreme conditions of Isla Navarino has its adherents; Denis Chevallay, our guide, a Swiss transplant and the unofficial historian of the island, has lived on the island for 20 years and crisscrossed much of it. But for shorter or less adventurous stays, a trip out to the town of Puerto Navarino on the island’s only paved road, coupled with a couple of hours on a boat, will get you through the Murray Channel to Wulaia Bay, one of the island’s prettiest coves. Sailing past islets with and without names, watching lolling sea lions sunning themselves on a cool, windy day as gulls, petrels and black cormorants fly overhead, it is easy to believe that you are not missing a single detail of Patagonia as it unfolds before you in widescreen. But look closer.

After a quick zodiac boatride to the shore (the water is too shallow for traditional boats to get close), a hike up to a lookout point up above the bay showcases a serene view of the Dientes de Navarino Mountains, shining white against the azure sky, heavy in contrast and impossibly bright. All along the hike are fruit-bearing bushes, calafatillo (dwarf barberry) flowers, zarzaparilla (wild currant), and murta (strawberry myrtle). Chevallay points out a beaver dam with dismay—beavers, as well as minks, are invasive species which have caused significant damage to the ecosystem here; brought to South America for their fur, these unwelcome visitors have long since escaped into the wild. 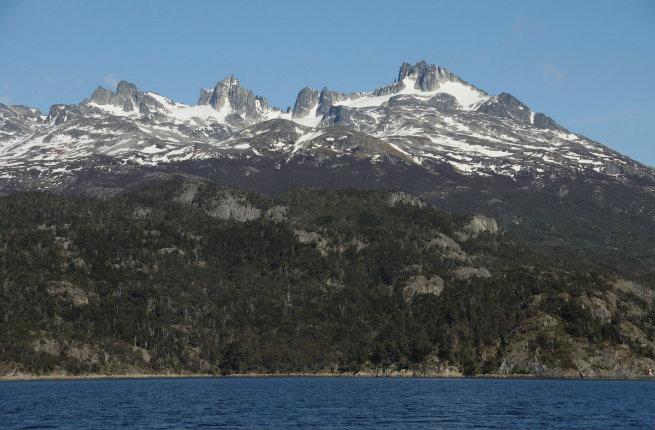 Back down towards the pier in the cove, there is a museum which commemorates the official account of Darwin’s presence. But wrapped up in that history is another, darker tale, less visible to the naked eye, which Chevellay recounts: Indigenous Yagan people called this area home for some 10,000 years, as evidenced by the heaps of shells and other items found on the island. But in 1830, British explorers took children from the local community at Wulaia Bay and brought them to Europe in a misguided attempt to “educate” them as European. This fatal misjudgment brought violent resistance and led to the eventual decimation of the local Yagan population, of whom very few survivors remain on the island to this day. Without knowing the full story of the island, it would be easy to feel lulled into the romance of the landscape without insight into the context. Though the museum in town makes a decent effort at depicting history accurately, it is easily missable if you aren’t paying attention.

Beyond the Naked Eye 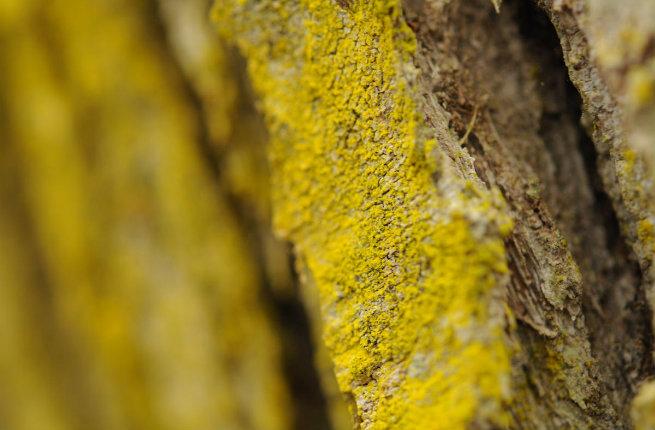 Omora Ethonobotanic Park, just a few kilometers outside of Puerto Williams, is one of the main draws to Isla Navarino. Here, six different species of gnarled trees form a stunted forest: the lenga, whose leaves are slightly translucent, look like they are glowing from below. Ñirres and coigues (types of Arctic beech tree), as well as the cool temperatures and permanent shade of the forest, give Parque Omora a rich, loamy smell, the product of thousands of years of decomposing leaves below visitors’ feet.  The park is notable for being an undisturbed, protected stand of slow-growing trees where the park rangers investigate and measure the natural ebb and flow of the seasons, including tracking bird migrations. 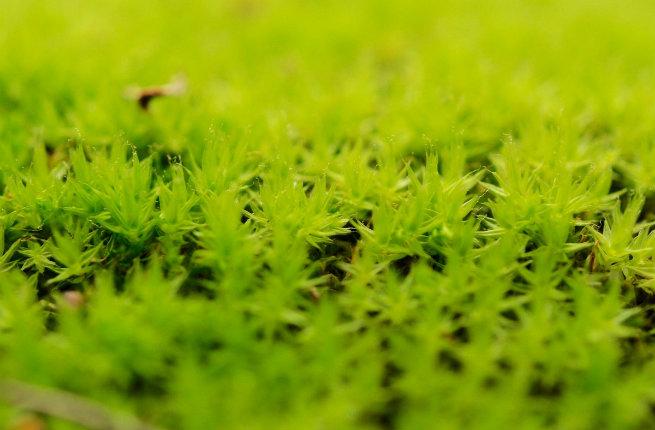 But there is more than meets the eye here, on the only speck of land that exists at 56 degrees south latitude. There is a lot hiding in the growth: Although Isla Navarino represents just 0.01% of the world’s landmass, it contains 5% of the nonvascular plant species (moss and lichen) in the world. These miniature plants comprise an invisible forest within a forest, and are best (and sometimes only) seen under magnification.

Tangles of old man’s beard, the tassel-like, sage-colored lichen that grows on tree branches, sway in the occasional breeze, trapping moisture and nutrients into the forests. Orange-yellow lichens grow on dead trees. But there are far more moss and lichen filling tiny spaces one might not think to look, braided within tree roots and within the bark of a fallen tree. But not every plant here can be seen by the naked eye. 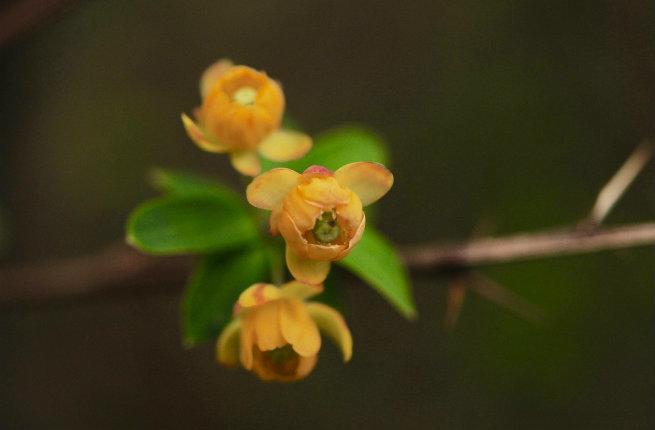 The main attraction for visitors to Omora Park is “tourism with a magnifying glass” and encourages visitors to stop and peep the nearly microscopic nonvascular plants, liverworts, and mosses through small but powerful magnifying glasses. The tiny world is stunning, geometrical, and fantastical, with plants that could be undersea creatures or surreal objects from a Dalí painting. Lichens could pass for the ruby and green frilled lettuce at a local market. Mosses look like tiny ferns, or the horns of a Muppet, their concave tops fringed with fiery strands a fraction of the width of an eyelash. There are many more secrets to be discovered on the island. 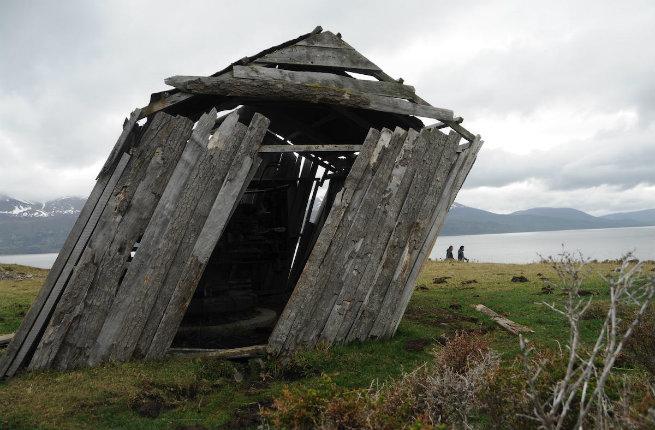 If Omora Park and the Dientes de Navarino Mountains are the main on-island attractions, another “nearby” spot is Cape Horn. This cape—the pointed end of an island flung out in the middle of the deep blue ocean between South America and Antarctica—is tremendously isolated. It was discovered in 1616 by Dutch sailors and hosts just one lone house where a single family spends a year manning the lighthouse. When weather permits, supplies are dropped off by the Chilean military, as ships cannot land due to the fierce weather conditions at the south of the South American continent, where the waters of the Atlantic and Pacific Oceans roil together.

The plane ride from Cape Horn back to Puerto Williams soars over enormous, unpopulated landscapes. There are large, lagoon-like openings in the peat below, and many islets. At times the land appears flat, at times craggy. There is an occasional azure lake amid mountain peaks. Clouds come and go, bringing the land into view and then obscuring it again. Seeing Cape Horn, the Beagle Channel, and the Strait of Magellan in such rapid succession feels like flipping through the pages of an atlas. 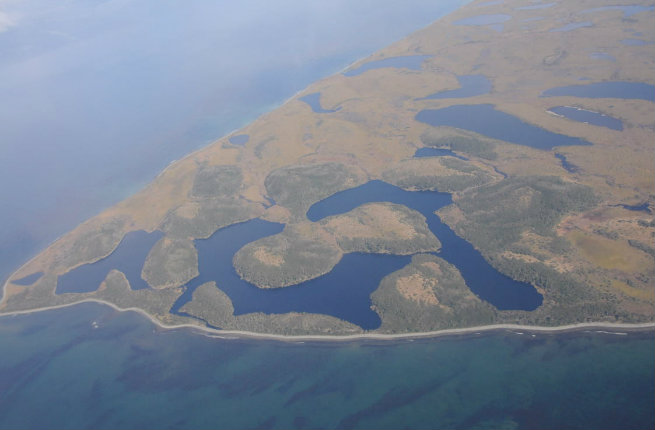 Being in a plane over the earth is a lot like looking through a magnifying glass—being privy to something that normally invisible. You could ply these rough waters in a private boat, as some intrepid sailors do, and you could land on a secluded beach to see something few other people have seen. But you would not get the bird’s eye view of the solitary house, or the sundial-like effect the lighthouse makes. You could visit a gorgeous cove but miss the historical context. You could hike through a trees and see the hanging mosses and even brightly colored berries, but miss the miniature forest thriving on a microscopic level. If you come to Patagonia for just the panoramic scenery, you’ll be surprised by how myopic your observations actually are.