Get ready to pose for your new profile picture.

Most of Buenos Aires is very beautiful in the standard, old-school European way, with some Latin American flair for good measure: old town squares, beautiful architecture, modern high-rise skyscrapers. But to experience the city at its most unique, you need to head to La Boca, the outrageously colorful neighborhood that’s part Instagram-worthy tourist attraction, part memorial to the city’s working-class history. 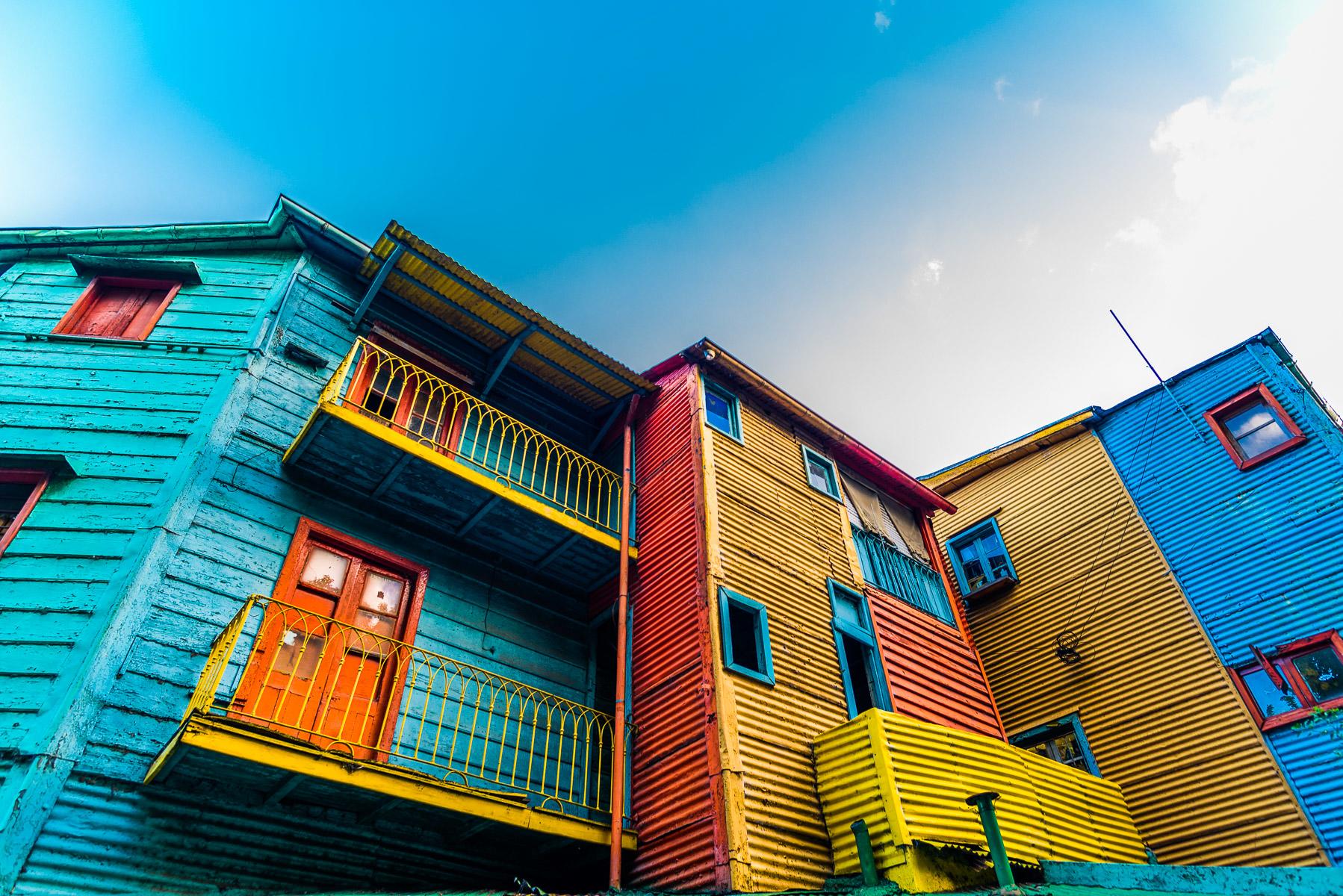 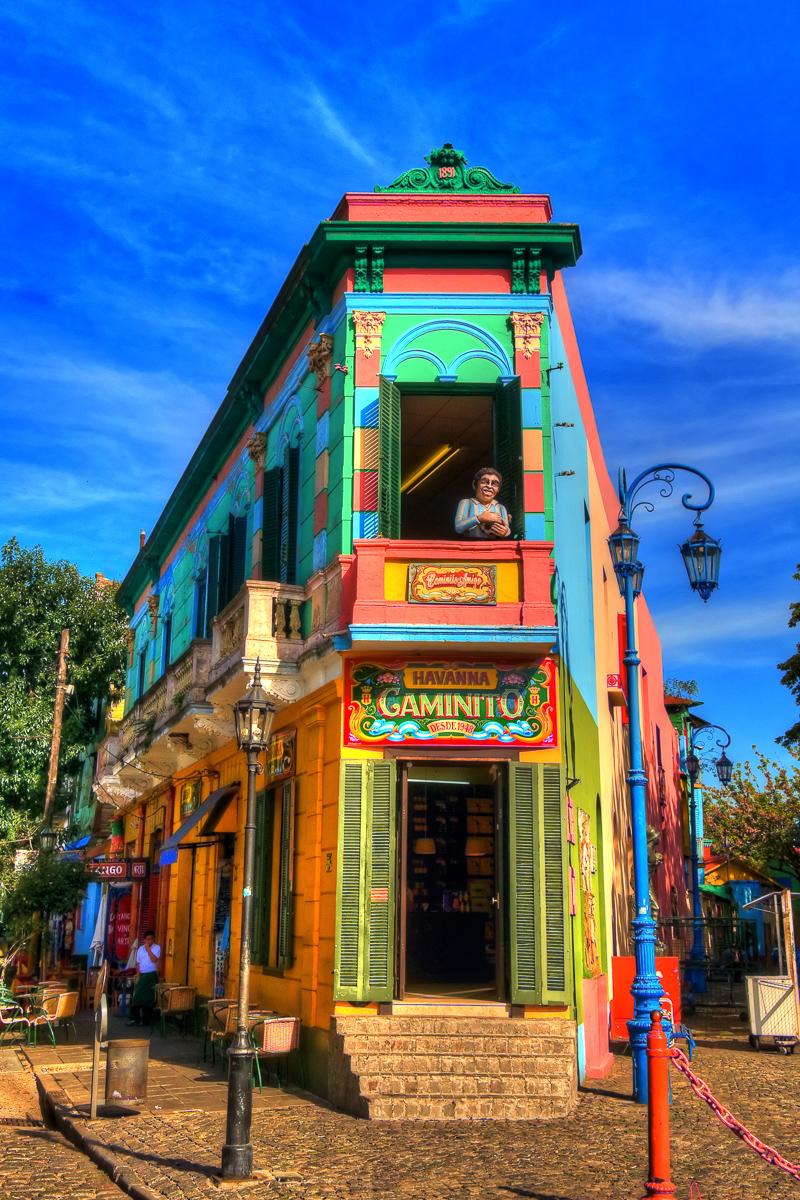 La Boca (“mouth” in Spanish) was once quite literally the mouth of Buenos Aires. It’s located on what used to be the city’s biggest port, where products, goods, and immigrants arrived by the shipload in the late 19th and early 20th centuries. Those immigrants set up shop in the surrounding vicinity, working the docks and building homes from the scrap material leftover from ship-building. You’ll see this in the haphazard shanty houses that still line the streets here, made from sheet metal and wooden planks; in addition, nearly all of them are painted in very bright colors.

The houses weren’t always quite so bright. It wasn’t until the 1960s, when local artist Benito Quinquela Martín decided to use his neighborhood as a canvas, painting one abandoned street that quickly became a meeting place for other La Boca artists. The rest of the neighborhood followed suit, and a homegrown tourist attraction was born. 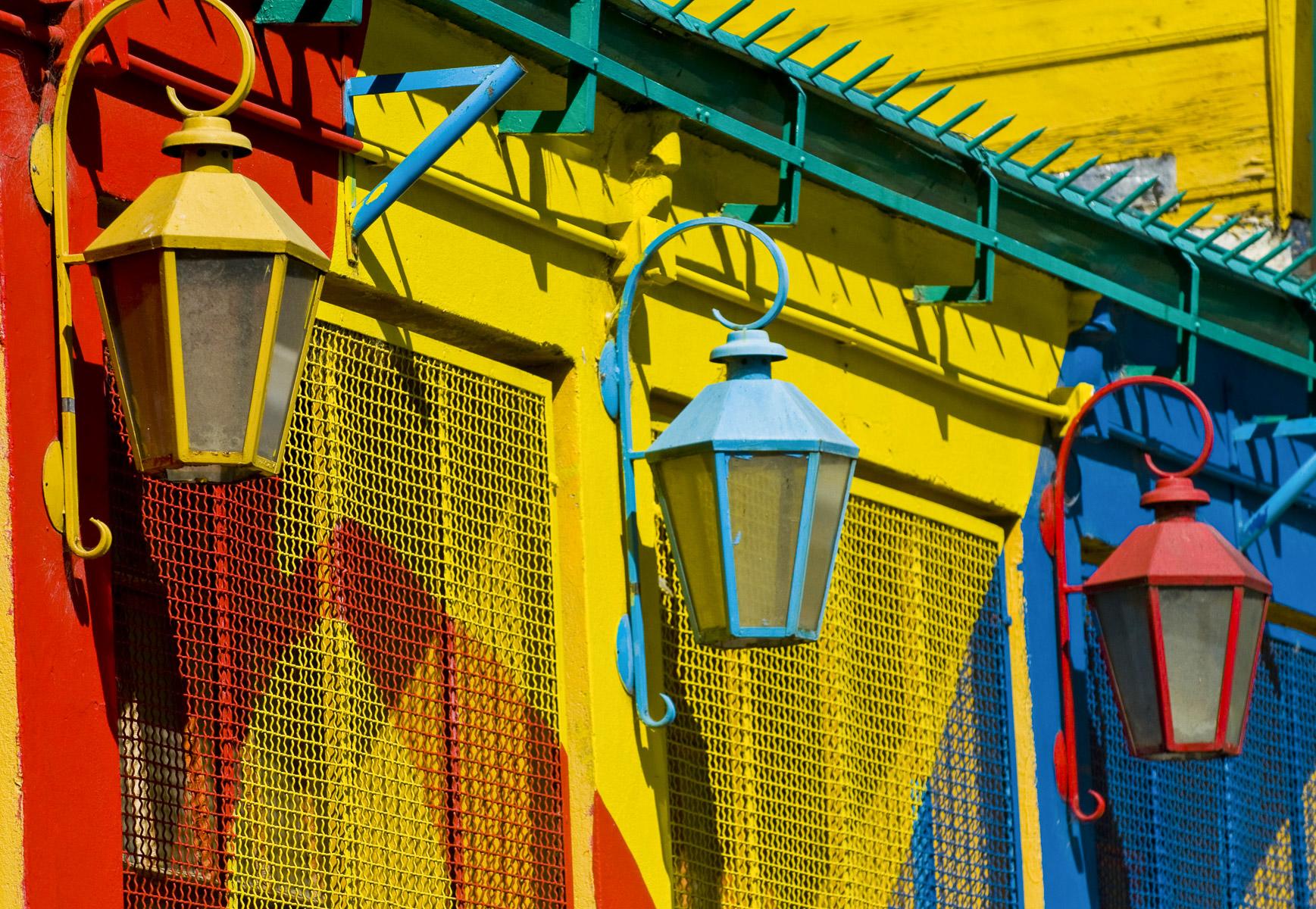 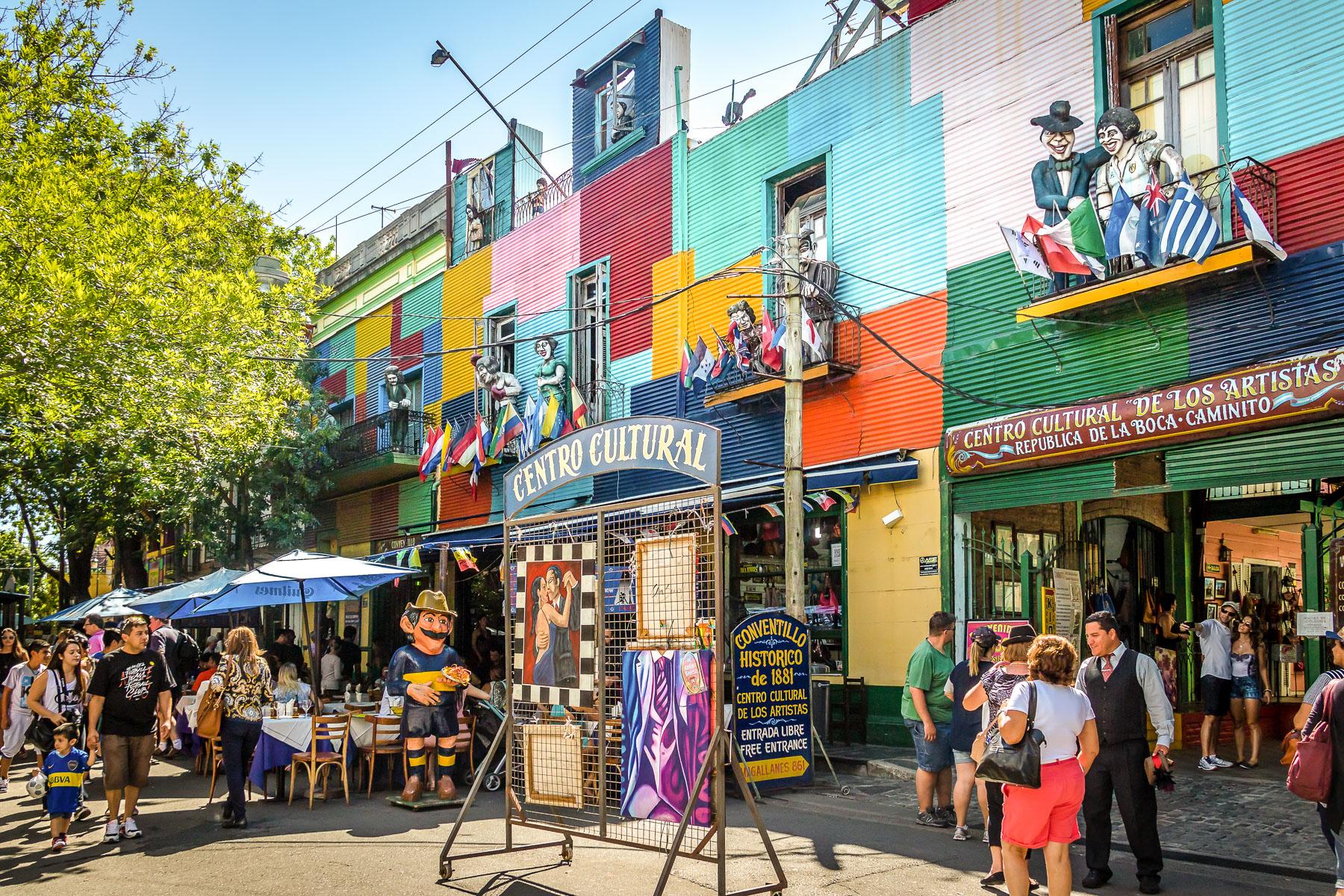 Today, La Boca is a presentation in contrasts. It’s still a highly working-class neighborhood; this isn’t where the city’s young and wealthy are living. Locals will tell you to avoid it at night, and even when walking the streets during daylight, you can sense the mood change on certain streets. Tourists are often targeted for pick-pocketing. But on the other hand, on weekend afternoons, the neighborhood is swarming with tourists. Many people, locals, and newcomers alike, will tell you the area is a total tourist trap, filled with overpriced eateries and pushy owners.

The truth is probably somewhere in the middle. There is indeed an undeniably gimmicky aspect of the area, which is most evident in the area directly outside El Caminito, the cobblestone block that is passionately (and some would say tackily) declared the city’s most colorful street. The former tenement hours have been turned into souvenir shops and restaurants, and tango and gaucho dancers hawk for money at nearly every corner. 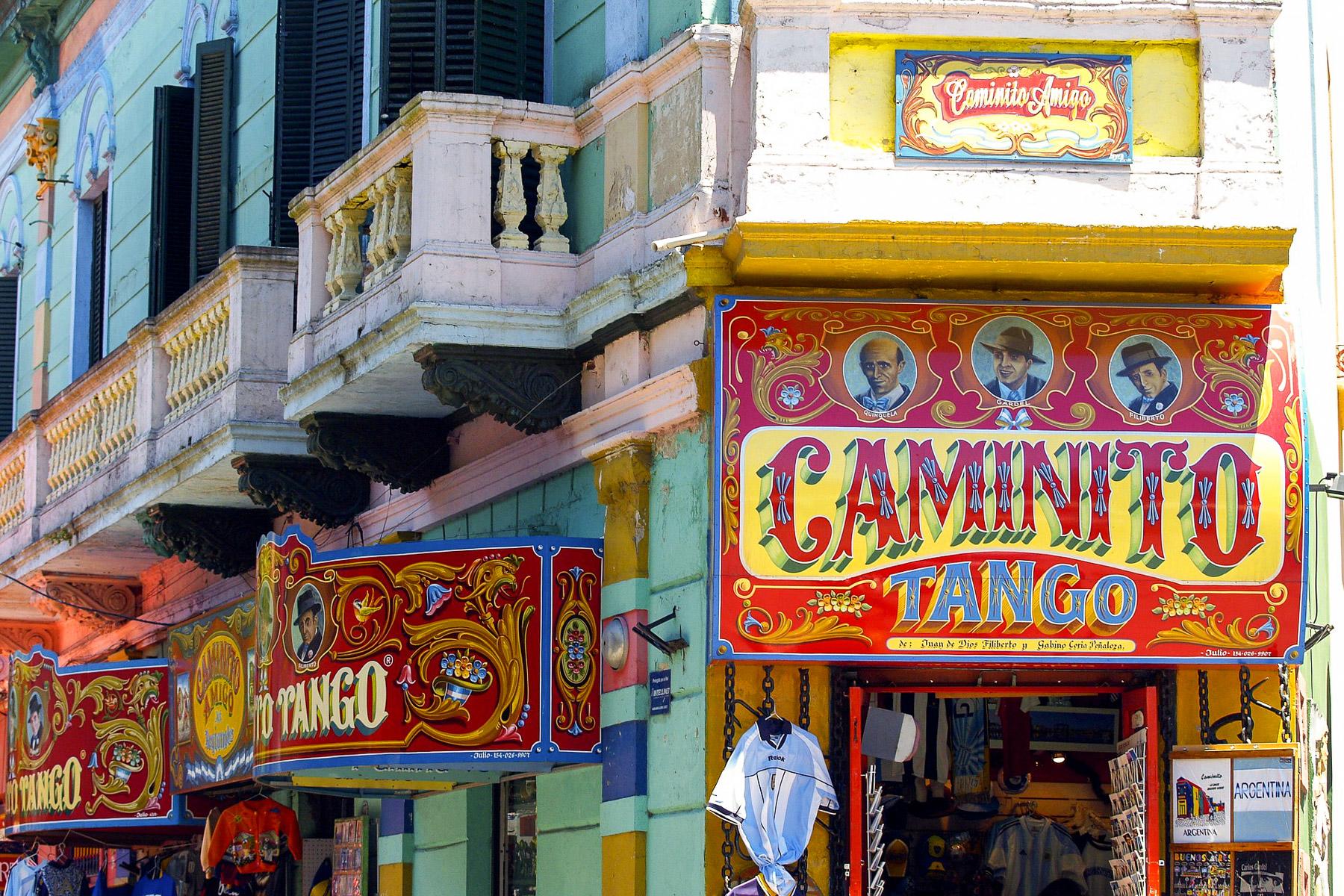 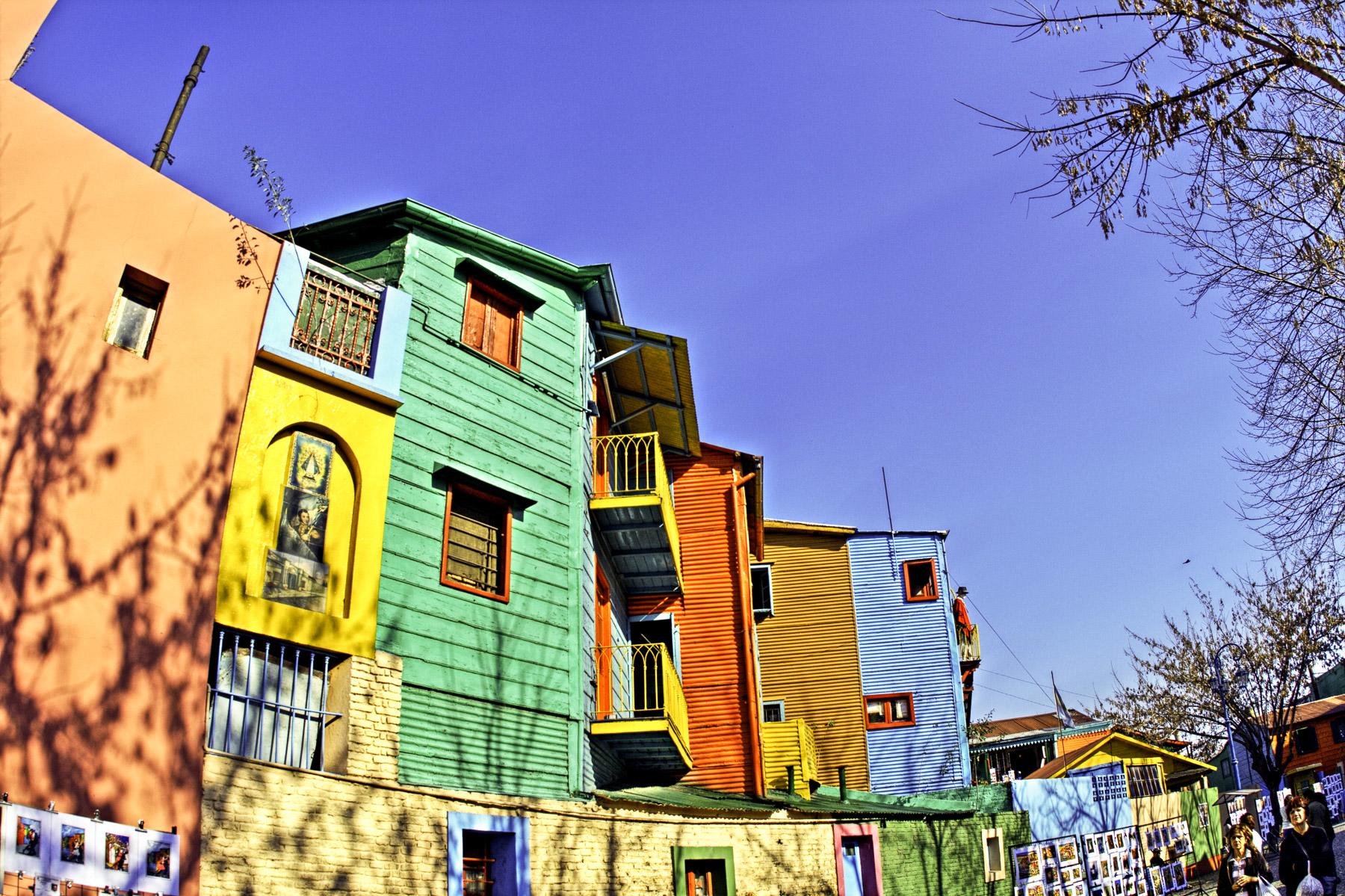 Nearby streets Garibaldi and Magallanes have also become an offshoot of Caminito, and street art in the form of political and comedic graffiti can be found throughout the area. Photo ops abound, especially if you can navigate your way around the crowds (the neighborhood is least crowded on weekday mornings). You might be able to find more reasonably priced souvenirs in other parts of town of better artistic quality, but the stalls along Caminito are chock full of artwork, photography, and ceramics, all by local artists. 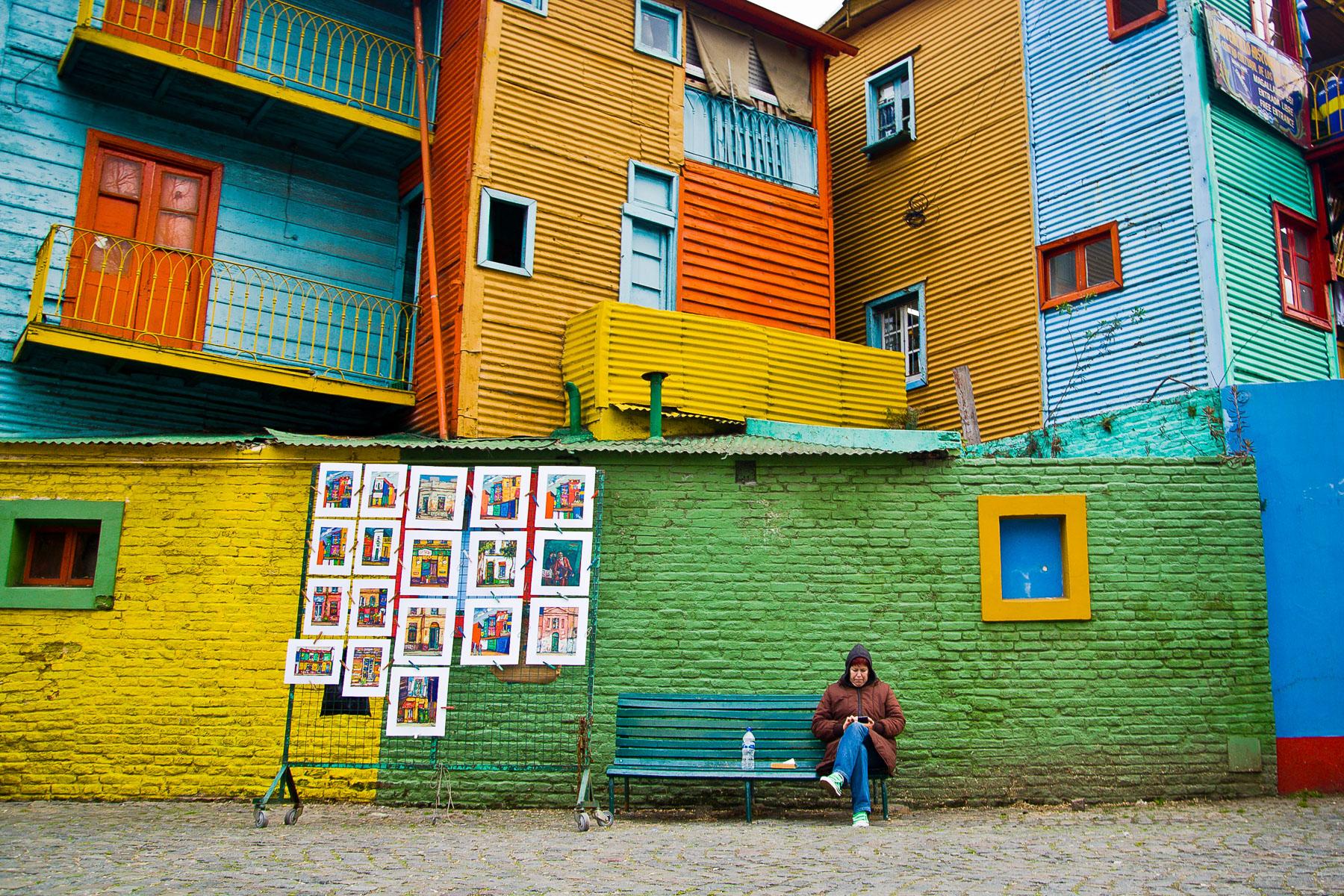 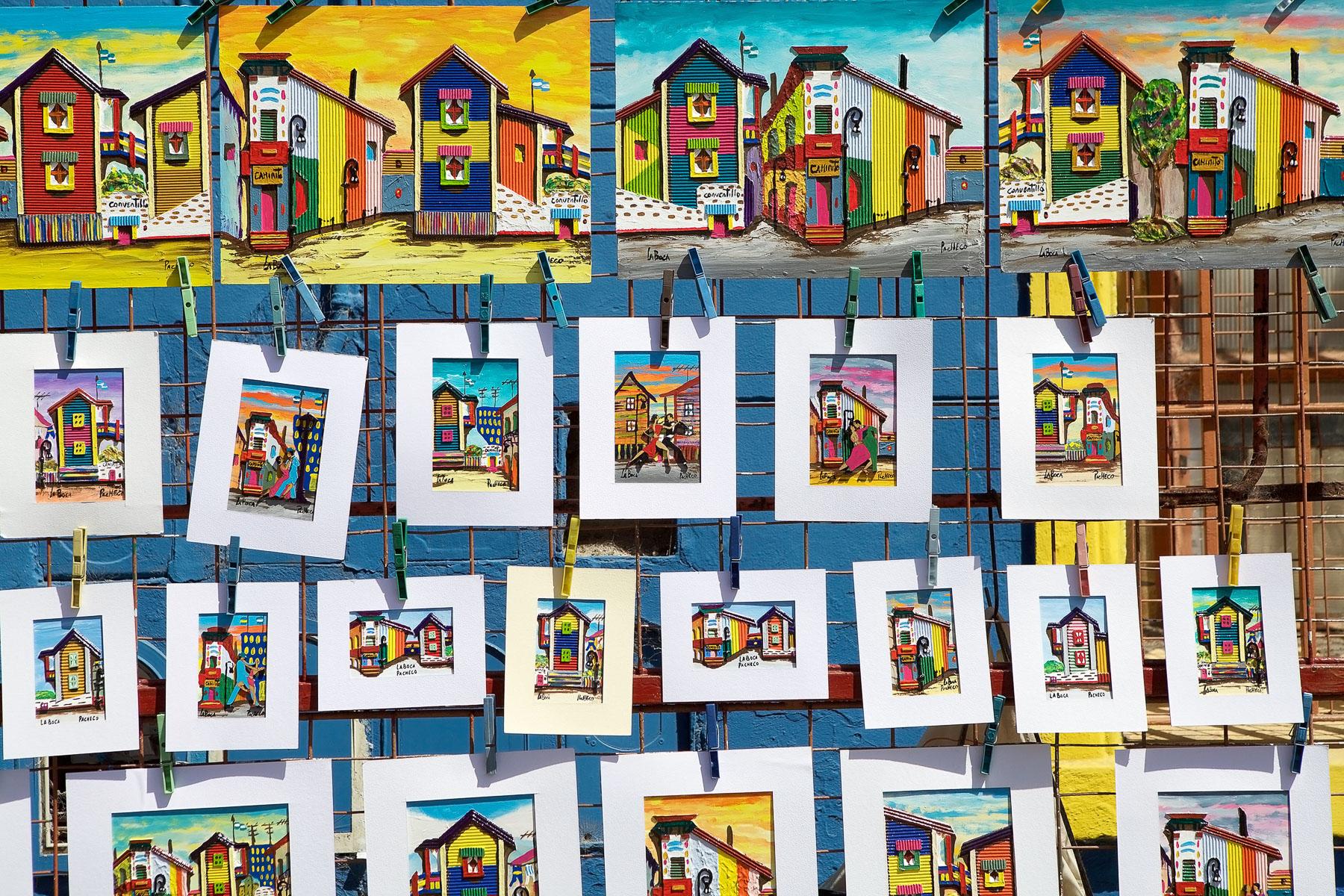 It’s probably best to avoid the eateries directly around El Caminito, but if you walk outside the immediate vicinity, you’ll be rewarded with places like Don Carlos, an unassuming eatery with no menu, only owner Don Carlito, who is happy to tell you what he’s decided to serve that day; expect lots of meat, homemade pastas, and wine.

Another highlight of the neighborhood is that it’s the location of Estadio Boca Juniors (known to porteños as La Bombonera) the massive blue-and-yellow-striped home to the famed Argentine soccer team, the Boca Juniors. On game days, expect total chaos as fans swarm the area; things get so rowdy that fans of the visiting team are not allowed inside for the game. Even in the off-season, you’ll spot a sea of yellow and blue visiting the gift shop and the on-site museum. 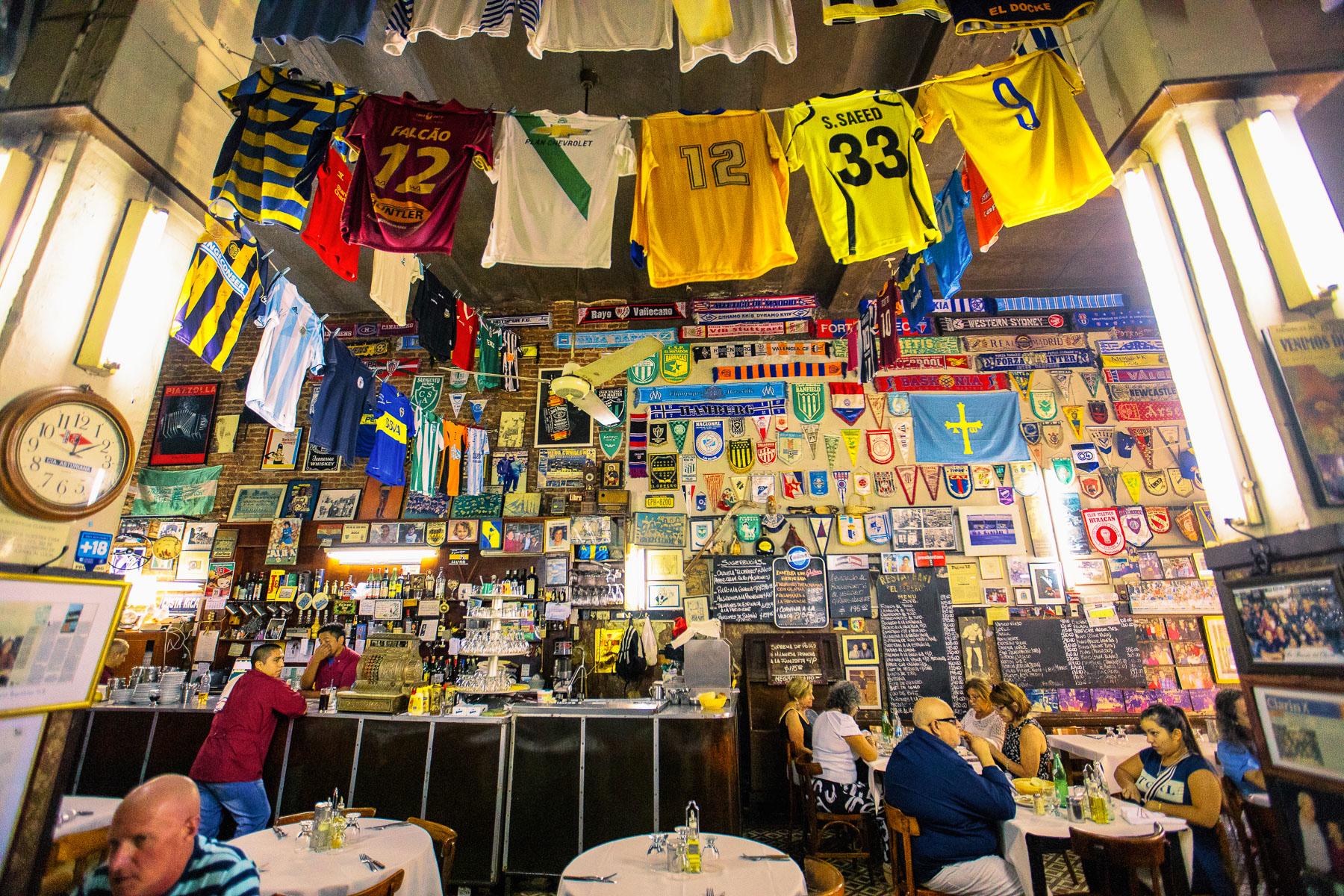 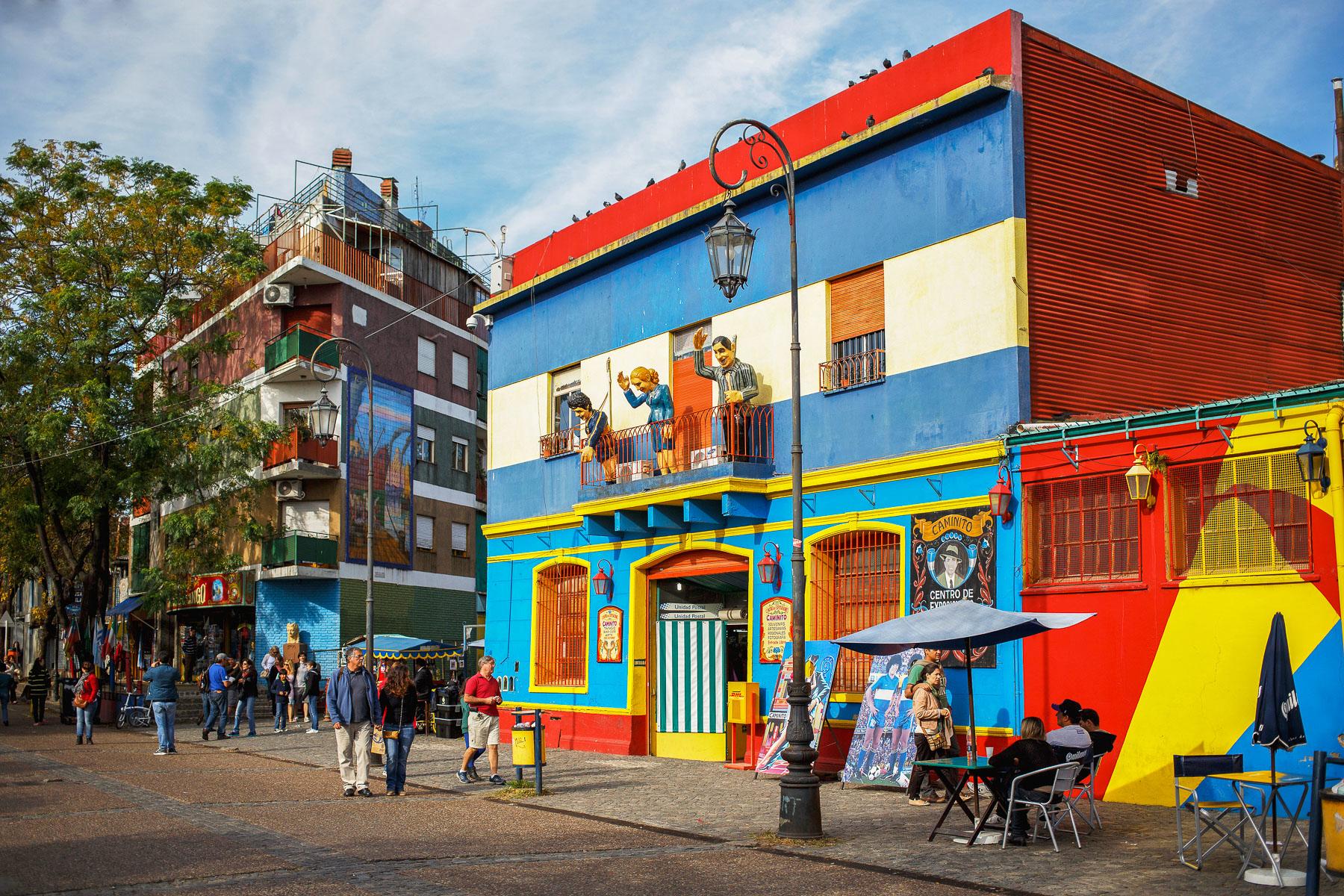 Honestly, the most fun aspect of La Boca is deciding for yourself what kind of neighborhood it is. It’s a place that truly gives you both ends of the tourism spectrum and some pretty killer profile pictures along the way.