In what seemed like the worst possible timing, Chef Danny Lledó launched his restaurant Xiquet DL in March 2020–two weeks before the pandemic caused havoc.

Many of his fellow Washington, D.C., restaurateurs closed their doors or altered their menus to keep afloat. Lledó, however, refused to abandon his dream of introducing Americans to the flavors of his childhood in Valencia. The chef’s gamble paid off, and only one year later, Xiquet received a Michelin star.

Lledó credits this remarkable achievement to his upbringing in Dénia, a port town south of Valencia, Spain. His father nicknamed him “Xiquet de Casa” or “Local Boy,” as his son was in his element when cooking and farming with the family. By staying grounded and keeping true to these roots, the Spanish-American chef’s career soared. 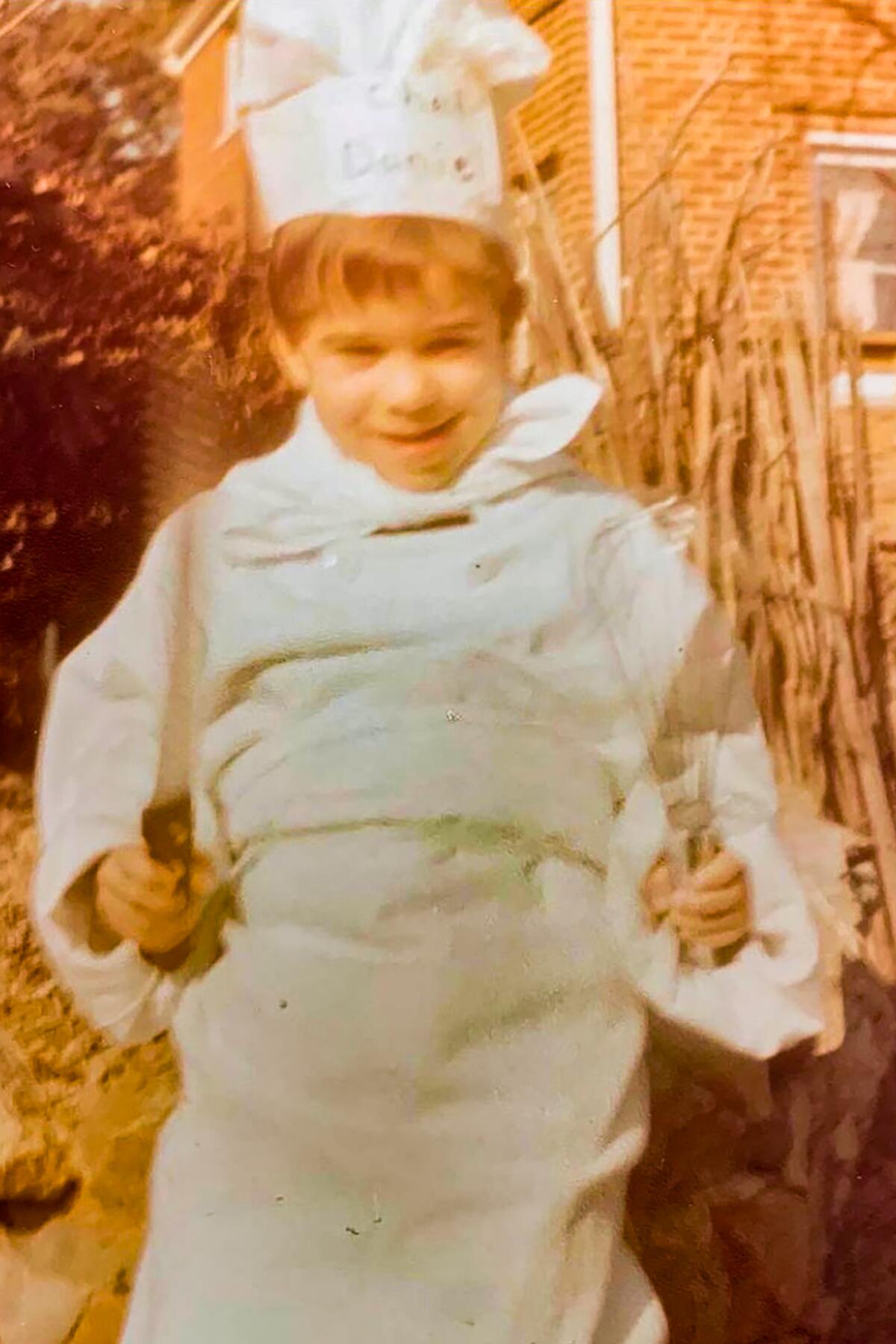 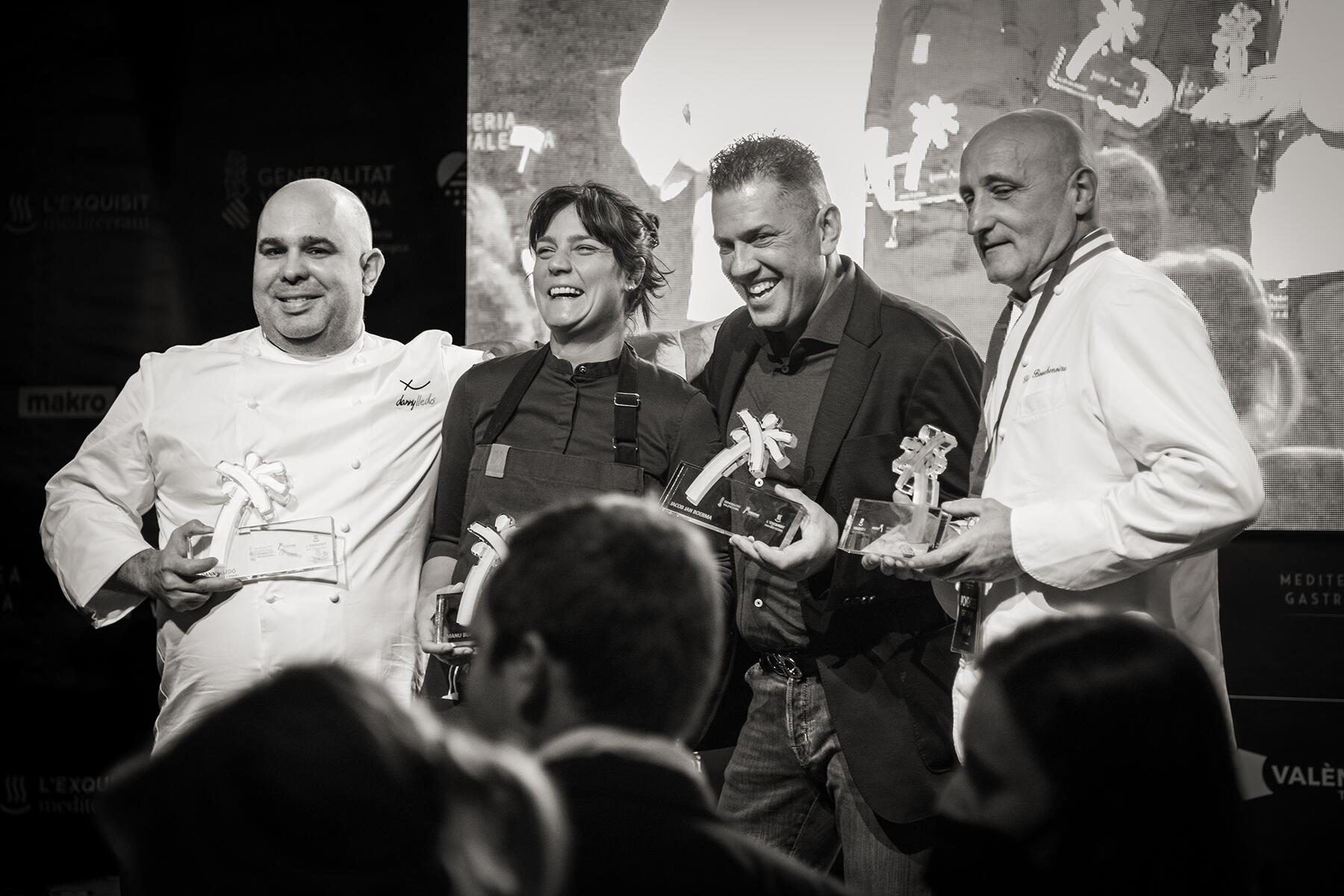 Lledó spent much of his childhood in Dénia and continued to visit the coastal town several times a year after his family moved to D.C. “My father was a chef and my mom baked, so we did a lot of catering growing up,” he says.

Lledó’s earliest memories revolved around food, made with ingredients from his extended family’s farms and fishing boats. He fondly recalls unloading red prawns from his uncle’s catch and cooking paella–the famous Spanish rice dish that originated in this region–at lazy Sunday gatherings with his cousins.

Lledó worked in kitchens as a teenager but decided not to pursue a culinary career. Instead, he graduated from the University of Maryland College Park and became a financial advisor. However, a few years later, Lledó came to a crossroads. “I tore my ACL playing indoor soccer, so I was a few months out of work,” he says. “And my mom died about a week after my injury.”

Lledó realized that working in finance wasn’t something he felt in tune with. He also regretted not visiting his parents more frequently in Spain. “I wanted to create something that was mine, which gave me more freedom to travel and do something with my culture,” he says. “And I thought that gastronomy was the way to do that.”

The chef built up skills at top Spanish restaurants including Madrid’s Botín (the world’s oldest in continuous operation), and José Andrés’ Jaleo, Cafe Atlántico, and MiniBar. In 2013, Lledó joined the team at D.C.’s Slate Wine Bar + Bistro, taking over as owner in 2019.

In 2016, Lledó began entering paella contests, in which entrants cook Spanish rice with seafood or meat, saffron, and vegetables in a single pan. The challenge is to achieve the right balance of broth, flavors, and “socarrat” (the caramelized crunch at the bottom) before time runs up. “These competitions brought me ahead of my game professionally because they gave me the opportunity to grow and perfect my craft away from the kitchen,” he reflects.

Drawing upon his childhood experiences with the dish, Lledó won Best Paella in Los Angeles, San Diego, and D.C. In 2019, he was one of only 40 chefs invited to participate in the rigorous Concurs Internacional de Paella Valenciana, an international paella competition held annually in Sueca, Spain. “Every chef gets the same ingredients, such as two whole chickens and two whole rabbits, and has to prepare everything by strict standards,” he says. Lledó made it through the semi-finals and took home the Accèsit Award, becoming only one of three Americans to have placed in sixty years.

A Michelin Star in a Pandemic Year

Bolstered by eleven paella awards, Lledó worked towards his goal of opening a Valencian fine dining restaurant that honored his family. In 2020, he debuted Xiquet (pronounced “chi-kett”) above D.C’s Slate. His 14-course menu begins with cocktails and canapés at the laidback Chef’s Counter, followed by seasonal dishes that Lledó says “communicate the story of Valencia.”

The chef speaks passionately about the fresh seafood that he sources from his hometown. “Dried octopus is very representative of Dénia,” he says. “We hang dry and char it over the wood fire. Then, we add grape carpaccio, caviar, and orange pearls on top with olive oil.” Lledó also created an original take on espardenyes, or sea cucumber. “We remove the cartilage and use the muscle inside, which we sauté with olive oil and sobrasada sausage. It kind of feels like a softer calamari, but almost tastes like a pasta,” he describes.

When the pandemic threatened to shut down Xiquet, Lledó added meal kit deliveries and Zoom paella classes to stay in business. “It could have been more economical to close or start selling different things,” he says. But Lledó was determined not to compromise on quality. “Even if we only had a couple tables for the night, I made sure they were taken care of at the highest level. So when the Michelin inspectors came–and nobody knows when they did–they saw our vision and generously rewarded us.”

After being away from Spain for over a year, Lledó returned home in November 2021. At Mediterannea Gastronoma Food Festival, he gave a smoked duck demo to a packed room, and was recognized as a Chef Ambassador of the Valencian region. Never one to rest, he plans to expand Xiquet’s menu to include lesser-known ingredients and dishes, and open a new concept restaurant. In sharing his love of his hometown’s food and culture, Dénia’s “Local Boy” has undoubtedly lived up to his nickname.