Where to Eat and Drink in Salt Lake City

Bar hopping in Utah? If you're raising an eyebrow, read on. Salt Lake City is blossoming with new bars and edgy eateries that are pushing the envelope. Ready to shed that image (thanks to the dialing-down of some dated liquor laws) are a host of new drinking dens and dining establishments primed for visitors to explore. From a celebrity-owned beer-and-brat bar to an urban wine-tasting room, SLC is becoming an unlikely destination for food and drinks lovers. Here's where travelers can get a taste. 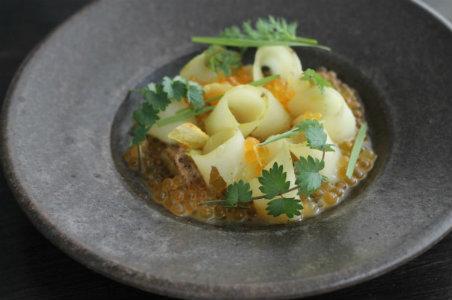 Chef Bowman Brown forages—literally—for ingredients to serve at Forage, an upscale, multicourse dining destination that demonstrates Zen-like precision in its plating. Sourcing from small farms and ranches near Salt Lake City for components, Brown whips together artistic dishes like asparagus with roe and coastal shoots from the Great Salt Lake, or duck egg with local spring garlic. You'll want to budget at least three hours for dinner here (and $152 per person, if you opt for the wine pairings), as the 14-course meal unfolds at a luxuriously slow pace.

Wine in the City

An urban winery in Salt Lake City? It's not a myth: Kiler Grove in South Salt Lake is an out-of-the-way venue in an unlikely industrial stretch, but inside, visitors will find a comfortable tasting room open to the public Wednesday through Saturday (sips that cover the full lineup are free; most bottles cost under $20). Pulling fruit from the winery's vineyard in Paso Robles, California, the wines are crafted on-site: Standouts include a 2013 Grenache- and Mourvédre-based rosé and a rich 2010 Grenache. 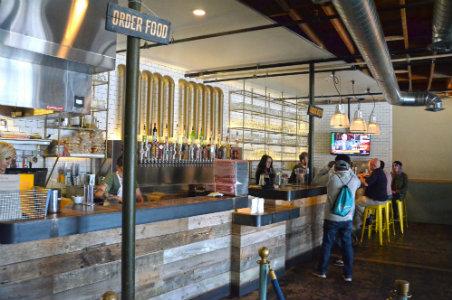 Opened in March, the convivial and aptly named Beer Bar (161 E. 200 S) draws inspiration from German-inspired watering holes, with long, communal tables, a walk-up bratwurst bar, more than 140 brews, and several beer cocktails. Next door (and connected by a walkway) is Bar X. This dimly lit, 1,600-square-foot space highlights classic cocktails, like the Sazerac and Moscow Mule. Both are co-owned by Ty Burrell of the hit TV show Modern Family. (Fans can sometimes catch glimpses of the star with an IPA in hand.)

Opened by Ryan and Colleen Lowder, the couple who owns Copper Onion next door, Copper Common (111 E. 300 S) takes its cues from pre-Prohibition mainstays that seem a dime-a-dozen in bigger cities—think Milk and Honey in New York City, or The Varnish in Los Angeles. Here, the program feels cutting edge. Order the Valentino, made with Lunazul Blanco Tequila, Campari, jalapeño, lemon, and lime; it's a bargain at $7. There are creative bar snacks, too, such as chicken croquettes with crimini mushrooms and lobster spaghetti.

Dinner (and a show) 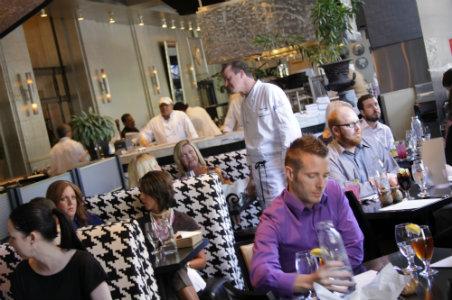 Bambara is renowned for a full exhibition kitchen and seasonal New American cuisine (think grilled Utah red trout with spicy corona beans and local baby spinach) dreamed up by Executive Chef Nathan Powers. Next door is The Vault. Once a private club (where only members could legally drink prior to June, 2009, when liquor laws changed), the 35-seat bar is a favorite meeting place for the after-work crowd and guests of the adjacent Kimpton property, The Monaco. The wine list offers over 100 bottles to choose from with 40 by-the-glass options. 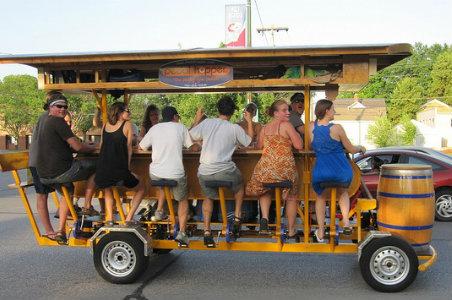 Pedal Hopper Salt Lake provides a ridiculously fun way to pop in to pubs all around Salt Lake City. A great option for big groups (the pedal-powered vehicle can seat up to 15), the tour starts at the company's headquarters downtown. Customize your playlist and head out. You'll undoubtedly get a few looks from passing motorists, and the pace can be comically slow. Recommended stops on the two-hour tour include Bourbon House, Jackalope (372 S. State Street), and Tavernacle.

Alexis Korman is a freelance wine, food, and travel writer based in New Orleans, and Contributing Food Editor at Wine Enthusiast Magazine. She's also co-founder of an artisanal kombucha project, Big Easy 'Bucha. Follow her adventures eating and drinking around the world on Twitter @lexisips.