Bottoms Up! 13 Great Places for Booze and Beers in Salt Lake City

Until recently, Salt Lake City was better known for its list of long rules than it was for its long pours. The city is legendary for its tough restrictions on alcohol, like how the legal alcohol content for a draft beer cannot exceed 3.2%, or how shots of liquor are dispensed via a metered system producing a perfectly calibrated 1.5-ounce measure. The most famous drinking law states that alcoholic beverages must be concealed from plain sight behind what has been dubbed the “Zion Curtain.”

But things weren’t always so dry in Salt Lake City. In fact, the city was once famous for its hopping beer brewing scene and vibrant whiskey trading in the mid-1800s. Back then, Main Street was known as Whisky Street, and the Salt Lake Brewing Company was one of the largest breweries outside of Milwaukee. The scene sobered up after a growing list of restrictions went into place following the repeal of prohibition, including the Zion Curtain rule and a rule requiring restaurants to offer food before serving any alcohol to diners.

Although many of the drinking laws still remain, there’s a small swelling of creative residents and craft distillers that are shaking things up in Salt Lake City and brewing up an intoxicatingly cool scene of artisan cocktails, microbrews, and hand-crafted spirits. From a distilling duo cranking out phenomenal Salt Lake sipping vodkas to a speakeasy-style cocktail bar with a penchant for absinthe, here are the top 13 places to get a drink in Salt Lake City.

Fresh ingredients are key at East Liberty Tap House, where everything from the simple syrups to the mixers is made in-house for their Prohibition era–themed cocktail menu. 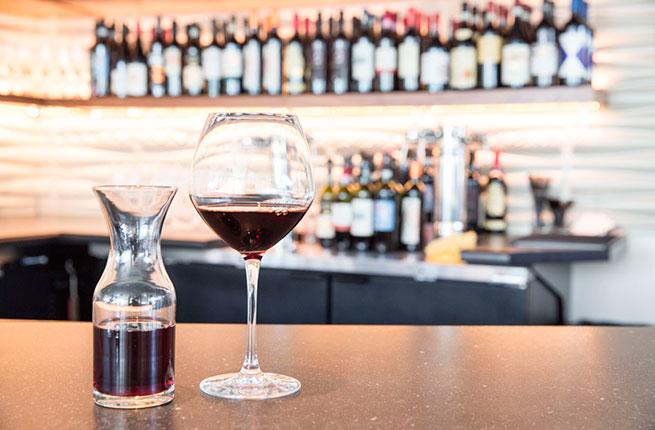 Part wine bar and part Italian bistro, Stanza is one of the few places in the city that offers wine flights. It doesn’t hurt that the beverage program and wine list was created by expert James Santangelo, owner of the Wine Academy of Utah.

Sharing a kitchen with one of Salt Lake City’s hippest restaurants, Current Fish and Oyster, this chic cocktail bar is doing to mixology what its sister restaurant did to gastronomy. Under Current mixes up some of the best craft cocktails in town, from gin and tonics with homemade tonic water to ornate vessels slowly dripping absinthe into glasses the authentic way. 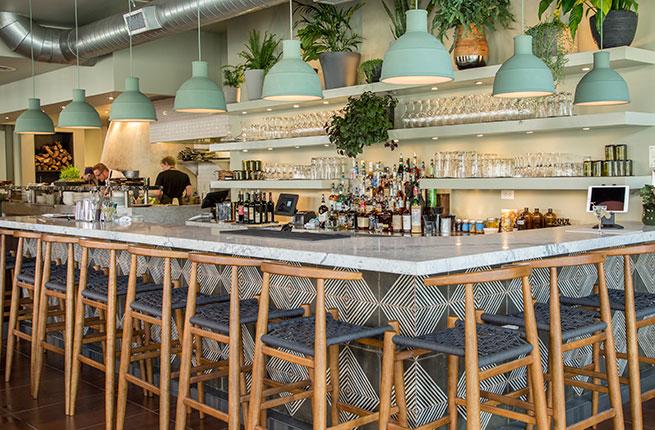 With a wine list that spans from Slovenia to Sonoma and a cocktail program headed up by the masterful Scott Gardner, it’s easy to see why this new spot tops this list. Gardner’s cocktails at HSL are known for their unique and unexpected inclusions, and his clarified milk punch is a must try.

Mountain West Cider was the first cidery to open in SLC, and they’re still making all their ciders from local ingredients. Hard cider fans can sample and purchase the brews (try the Ruby Hard Cider) in the tasting room at the manufacturing facility just outside of downtown Salt Lake City. 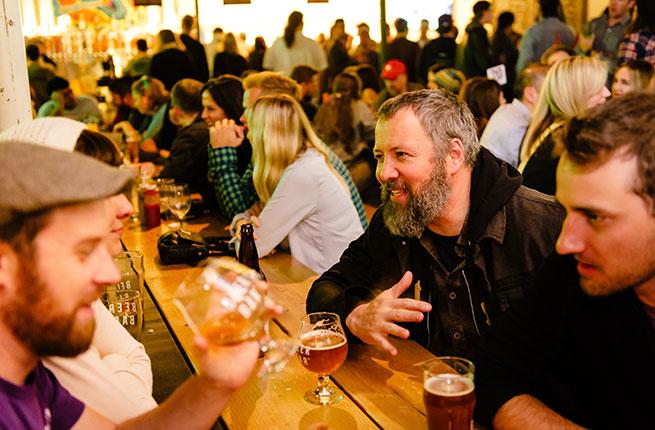 This petite bar is the blue-jeans-and-ball-cap-wearing little sister of SLC’s craft cocktail haven Bar X. Opened by Ty Burrell, aka Phil Dunphy on ABC’s Modern Family, Beer Bar has more than 130 beers on the menu and multiple screens projecting soccer matches from around the world.

Squatters Pub Brewery was the first brewpub to open in Salt Lake City (and the second in the state) but this local favorite has become just as famous for serving homegrown booze as it is for churning out delicious handcrafted brews. Look for SLC’s own Beehive Distilling small-batch gin on the cocktail menu for a taste of true local flavor. 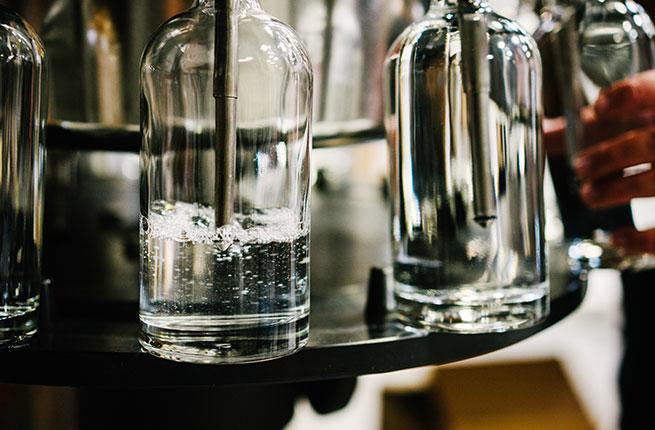 Dented Brick Distillery (DBD) is the newest of Salt Lake City’s craft distilleries, and it recently opened a tasting room where visitors can sample DBD’s Antelope Island Rum—mashed, fermented, and distilled on site—after an hour-long distillery tour Thursday–Saturday. The tour takes visitors through the distilling process and ends with a pour of this highly refined rum.

This fun bar is the new kid on the Sugarhouse block and is already a favorite for locals. The Ruin is open daily from 4 pm to 2 am and serves a variety of craft beers and locals spirits (like SLC’s first sipping vodka, Salk City Vodka). Go on Wednesday evening for domino night and live music. 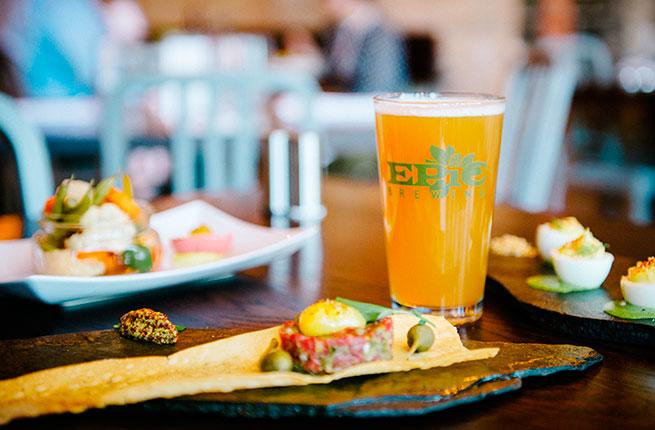 The masterminds behind this Sugarhouse neighborhood brewery have been brewing artisanal beers since 2008. Epic Brewing offers 39 different brews along with a menu of pub fare, including one killer pork chop brined in their own Double Skull Doppelbock beer.

Senior distiller Eric Robinson and celebrated home brewer James Fowler have turned Sugar House Distillery into their private laboratory where they cultivate their own proprietary yeast strains to set their spirits apart. Vodka is their mainstay, but they also make fantastic rums and whiskeys that are available for tasting after the hour-long distillery tour. Don’t miss the chance to purchase a bottle of locally made bitters by Beehive Bitters from the gift store. 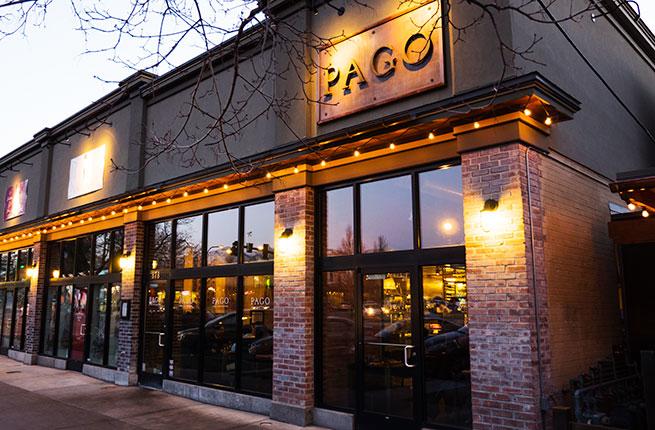 Although this little 9th and 9th treasure is best known as a farm-to-table restaurant, locals know Pago best as one of the only places in the city that stocks Evan Lewandowski’s natural wines under the Ruth Lewandowski label. Ruth Lewandowski wines are made in Salt Lake City, and Evan recently started growing his own grapes in the city to keep the production even closer to home.

Come for the ambiance and appetizers, but stay for the aperitifs at this downtown restaurant. The ID check at the front door means there’s no need for a Zion Curtain at Copper Common, so patrons can plainly see the array of local and international bottles on display, including the ever-so-popular Brigham Rum from Salt Lake’s Distillery 36.