The tasty dish is now a symbol of many things born from its city and represents the enduring legacy of its African American community.

Nashville’s nickname may be Music City–a long list of successful country and bluegrass musicians got their start here–but it’s also known for its food, namely one dish. Hot chicken. And it’s quite the celebrity in the food world. The combination of spice blends and crispiness leaves a lasting, savory impression on your taste buds. The peppery delicacy has roots in Nashville but it has become a popular menu item throughout the country, with its recipe being featured in numerous food publications. But this Southern foodie staple is more than just a dish. It’s tied to the legacy of the African American community in Nashville and their contributions to the city’s vibrant food scene.

The recipe came from a man named Thornton Prince. He used it to open his restaurant, Prince’s, which has since risen to great popularity–his family members still run the original store today. While other restaurants in the city may serve their version of hot chicken, people come to Prince’s to taste the original recipe from the family that created it. Nowadays, Prince’s has been subject to countless glossy publications, but it wasn’t always like that. In 2016, the same year KFC announced that they were launching a Nashville hot chicken combo on their menus, Food Republic credited chef John Lasater of Nashville’s Hattie B’s as the creator of the food trend.

This Food Republic article was met by condemnation from the food world. It lacked proper research and never cited the local African American community that originally served hot chicken. As a result, many went looking for the family to clear the misinformation and Prince’s became known to a new generation via the internet. Fast forward to today and the original home of hot chicken has been named one of the country’s must-try classic restaurants. 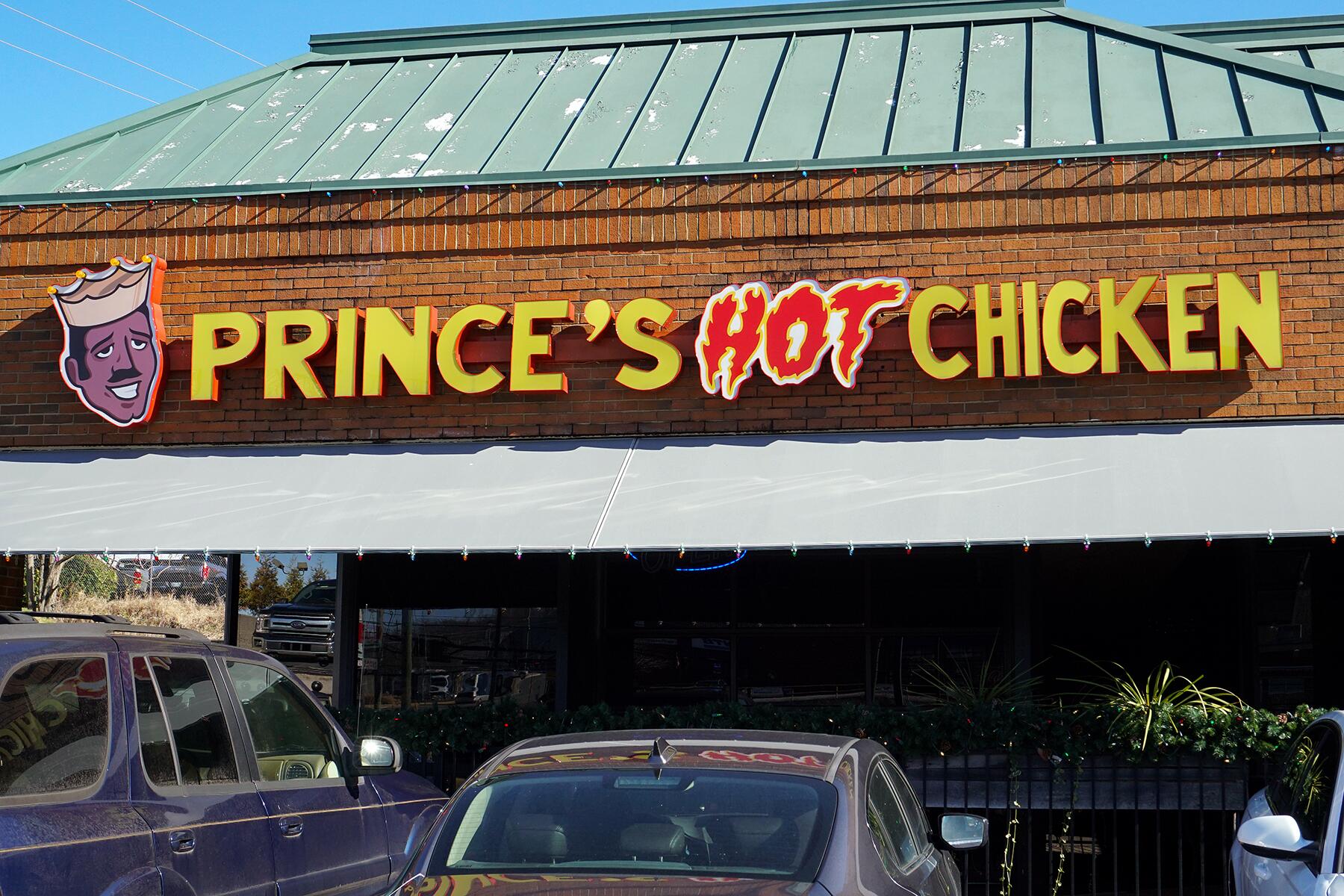 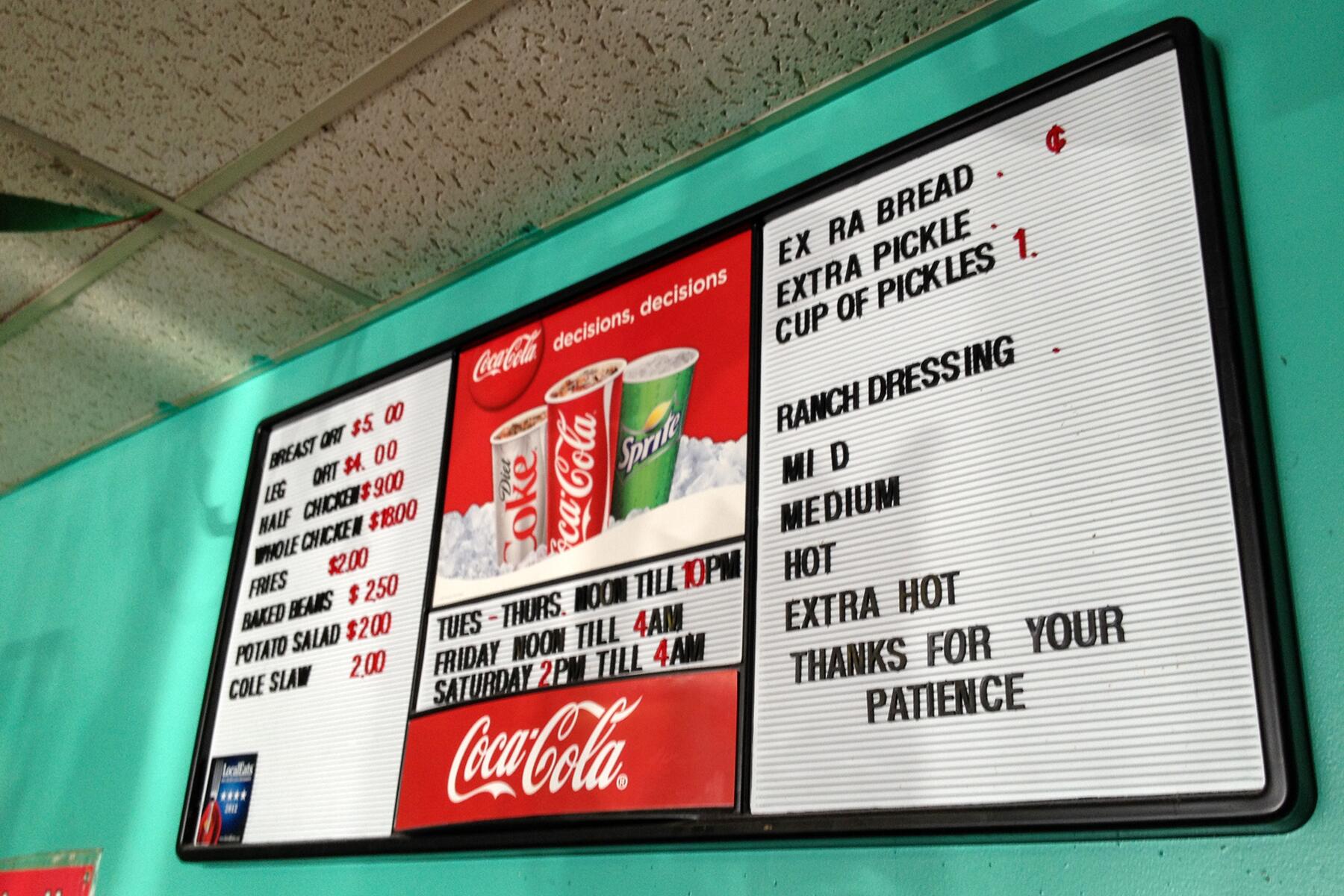 What happened to Prince’s isn’t a new phenomenon in the food industry. Like much of Southern barbeque and cuisine, hot chicken is directly linked to the African American community. The recipe has roots dating back to the 1930s, with a famous story of revenge against Thornton Prince, in which hot pepper was added to his chicken to get back at him for his notorious womanizing. This later led to Prince opening his first restaurant.

Many may not think of Tennessee’s capital as a Black city, especially when compared to Memphis, as the African American legacy has been widely erased, though its influence can be seen all around. The nickname “Music City” is even a testament to that history. The term originates from Queen Victoria’s love for the Fisk Jubilee Singers, an African-American music group consisting of Fisk University students, a historically Black college based in Nashville. After hearing them sing in the 1870s, she said that Nashville must be “a city of music.” Much of the city’s history has been shaped by local Black residents, and its food scene is no exception.

Recipes can be seen as another form of heirloom in much of the African American community because it is more than just perfecting a certain food; it’s carrying on the family legacy in preparation and process.

Recipes can be seen as another form of heirloom in much of the African American community because it is more than just perfecting a certain food; it’s carrying on the family legacy in preparation and process. Most of this cuisine from cities like Nashville comes from those familial ties and new foods were created from what they had available, living through a Jim Crow segregated South. Like much of Southern barbeque, hot chicken has had its Black roots erased and largely ignored by mainstream publications and food authorities who have a long history of not crediting Black chefs for their innovations that have shaped culinary trends within the United States.

“Black people [have] significantly shaped Southern barbecue across the [region]…and their contributions to that are often not known because the individuals who did the cooking were not in the history books,” said Dr. Howard Conyers, a food historian based in South Carolina, in an interview with Fodor’s. Dr. Conyers specializes in Southern-style barbeque. “They were not talked about…and so today you don’t see [many] individuals who have an understanding of what Southern barbecue particularly is.”

It’s why it is important to pay homage to the originators and teach how our migration shaped food culture in various cities. Dr. Conyers, who is also a mentor for the Kingsford’s Preserve The Pit fellowship for Black-owned restaurants, says it’s important to help shape the next generation of Black chefs within the barbeque world to be recognized by the industry and help keep the legacy of the contributions made by Black culinary professionals alive.

“Barbecue to the Black community is pivotal and central to their sense of fellowship, community, and celebration,” Conyers explained. “When Southerners left the south…[for] things like the Great Migration or even before that, they took what they knew in their heads and hands to the cities across the country, and they modif[ied] it to be their own.” But, he says, they were still “paying homage to their Southern roots.”

Southern barbeque is one of the staples of American food culture, and Nashville’s hot chicken represents a piece of that history. It also serves as a cultural staple of how Black chefs and restaurants have contributed and diversified the country’s food across its various cities. The tasty dish is now a symbol of many things born from its city and represents the enduring legacy of its African American community.