It’s hard not to be captivated by Mignon Francois. She’s fabulously expressive, incredibly exuberant, and relentlessly positive—and with good reason.

Now the owner of the hugely successful The Cupcake Collection, a destination bakery in Nashville’s Germantown and more recently in New Orleans’ Garden District, a little over a decade ago Francois was down and out. She, her husband, and her family of six children were always on the edge moneywise, and she came up with the idea of opening a cupcake shop as a way to make ends meet. The fact that she didn’t know how to bake didn’t stop her. Nor did the fact that Germantown was on the other side of “up and coming.”

Remembering how her grandmother made a spectacularly delicious strawberry cake, Francois turned to her for guidance. “I wasn’t looking for a specific recipe,” she says. “I figured that once I knew what ingredients to buy, I could use my science background to manipulate them to create my own recipes.”

Armed with sugar, flour, eggs, and butter, Francois began experimenting and taking her cupcakes to realtors who were showing newly constructed homes across the street from her own home, asking for their feedback on her confections and sharing her dream of starting her own business. Her lucky break came when a neighbor said she would buy all of the cupcakes Francois could make to give as Christmas gifts to her clients.

“I was down to my last $5 and trying to figure out how I would feed my kids with so little money,” recalls Francois. “I wanted to be a good role model for them and teach them about self-sufficiency, and so I bought baking supplies, and that $5 turned into $60 and then $600, and so on.”

Today, The Cupcake Collection is a multimillion-dollar business, one of the nation’s best-known bakeries and a routine award-winner, serving up made-from-scratch cupcakes daily. “Our cupcakes taste homemade because they are, just like my grandmother’s cake,” she says. They’re also reasonably priced, starting at $2.50 a piece depending on the flavor.

The Nashville store opened in 2008 and is housed in the Francois home, which the family bought as a condemned dwelling and renovated themselves. The day the store opened its doors, the house was up for foreclosure and at risk of being sold at auction. But that day never came thanks to the success of The Cupcake Collection, which led to financial independence for the family.

Francois’ specialty is a sweet potato cupcake with cream cheese frosting, a uniquely Southern confection, and it is her number-one seller. Other options include sweet lemonade, strawberry lemonade, red velvet, s’mores, and wedding cake cupcakes. She also makes vegan and gluten-free options (one of her children is gluten intolerant) and is working on a lower-calorie cupcake to sell. Her newest creation is Pupcakes, gluten-free, sugar-free, carrot cupcakes for dogs.

In 2018, Francois opened a second store in her hometown of New Orleans on Magazine Street in the historic Garden District, renowned for its stately Southern mansions and oak-lined avenues and now a destination for antique shopping and dining. It was also home to the recently deceased Anne Rice, author of the Vampire Chronicles series. 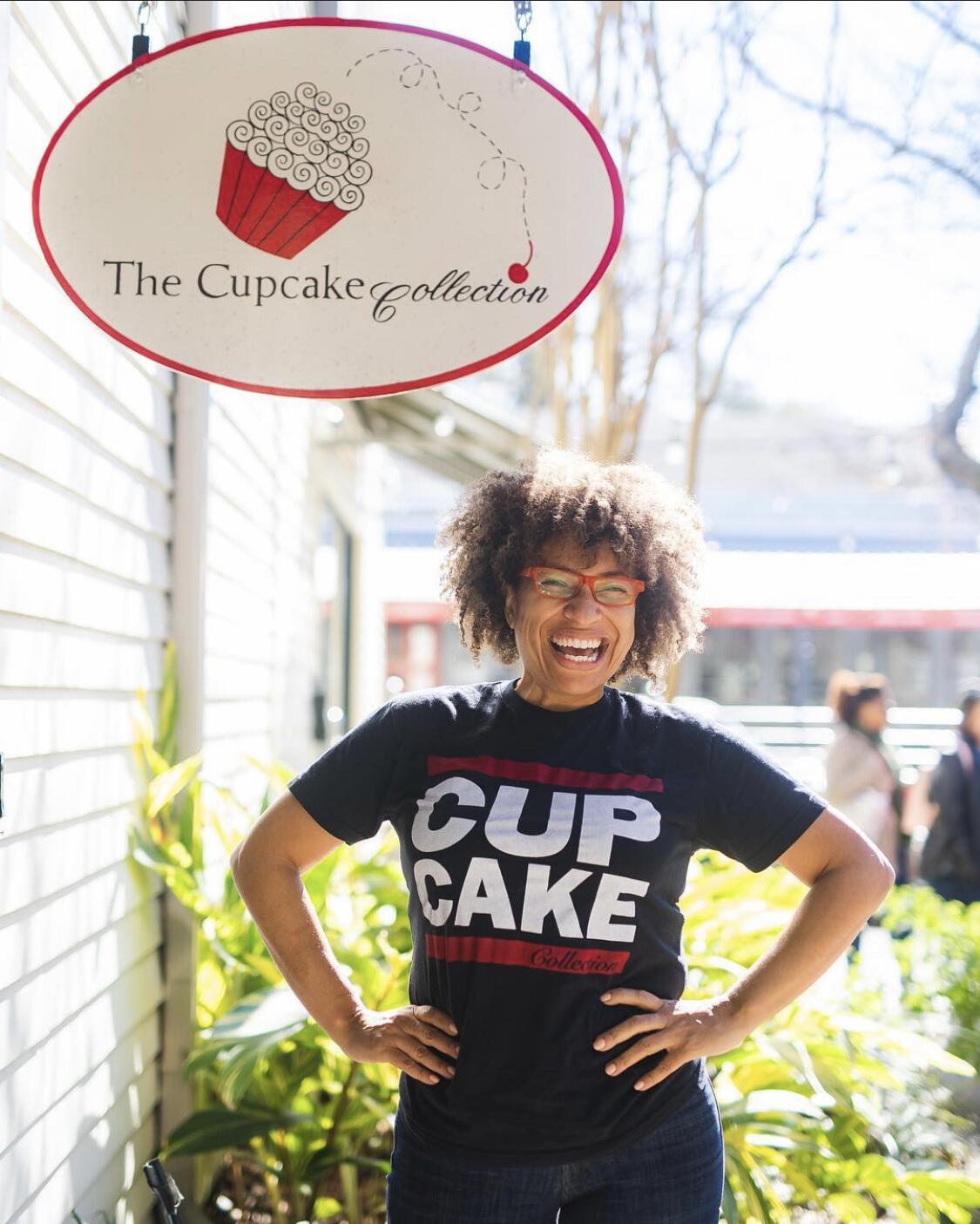 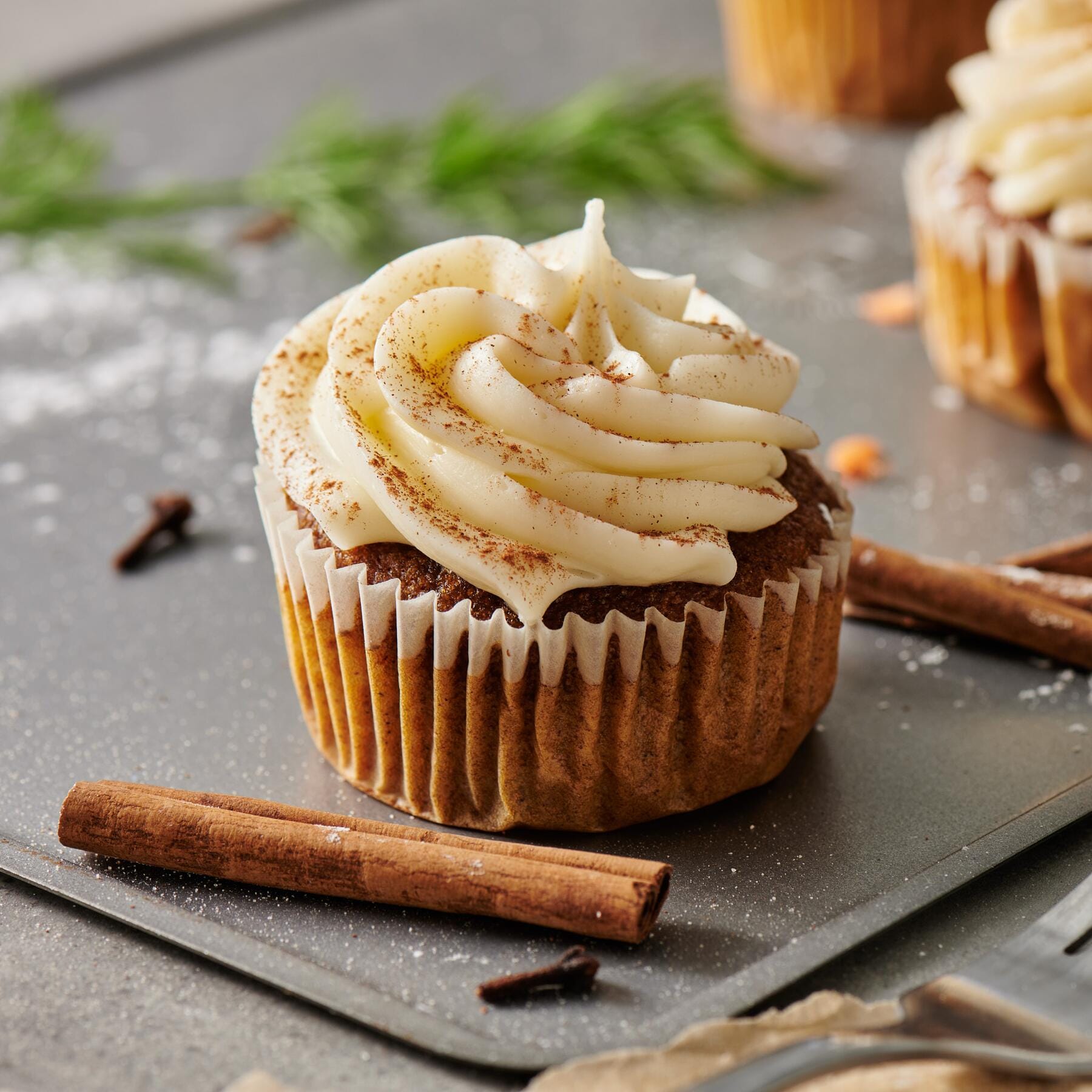 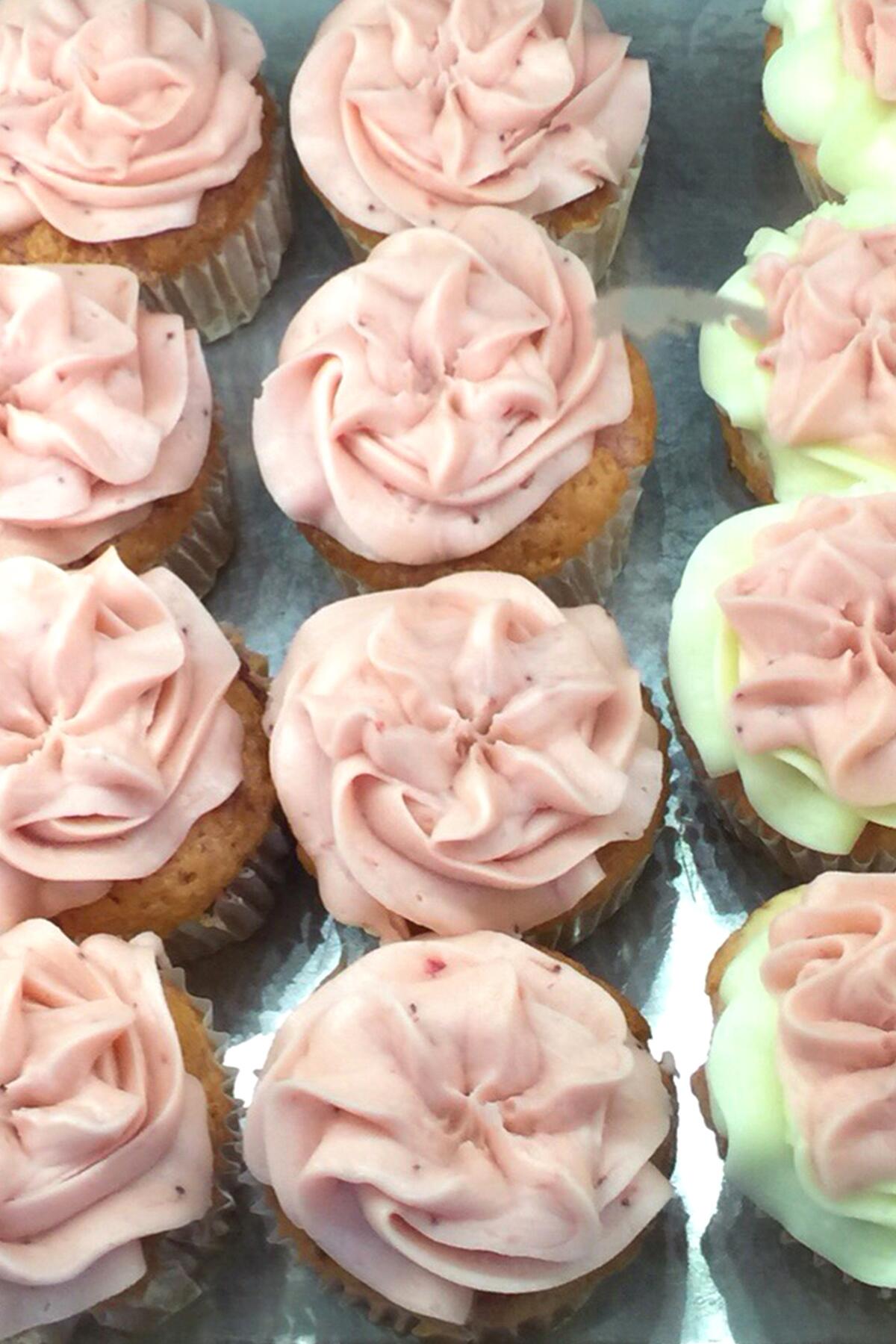 “The Louisiana store is a love letter to my hometown,” says Francois. She visited the city for the first time in years in 2015 to find that it hadn’t recovered fully from Hurricane Katrina and that newcomers who had flocked into her city didn’t grasp its storied pastry past. “I went into a popular donut shop and asked the girl behind the counter if the buttermilk drops—an iconic New Orleans donut—were made the way McKenzie’s Bakery made them when I was growing up, and she had no idea,” Francois recalls. “That hurts my soul that she didn’t know anything about the donuts since that was my culture, and I decided I couldn’t complain about newcomers framing the narrative of New Orleans if I was not part of the story. And I wanted to be part of the story.” She adds that she loves Nashville because it is a foodie town and a melting pot of all different types of people. But she loves New Orleans for an entirely different reason: It is old and full of tradition, and she wants the tradition to be preserved.

Francois has also developed an online business for her cupcakes, which she ships nationwide three times a week. And although she doesn’t have a concrete plan for the future, she does dream of opening stores in other cities. “I want to be the largest Black-founded operation in the country,” Francois says. “I just don’t know how I’ll get there yet!”

Francois is a spiritual person with a deep faith in God, and she believes that cupcakes are more than just a sweet treat. “Cake is connected to people’s memories,” she says. “It takes you back to a happy, nostalgic time in your life. My mission in life is to help people and heal people, and I do that by giving them joy in the form of a cupcake.”

As part of this self-described mission, she works hard to empower other business owners. “I serve on the advisory board for an operation called the Entrepreneur Center in Nashville,” she notes. “As a member of the first generation of African-Americans who have the opportunity to be entrepreneurs, I want to be a mentor to others. And I want to be a lighthouse for the community and show people what a good business looks like.”

The Cupcake Collection also funds a scholarship at Tennessee State University and is hoping to expand that effort to New Orleans’ Xavier University.  Francois explains, “I want to do for others what was done for me. Scholarship money kept me in college.” The bakery is also proud of its newest partnership with Safe Haven Family Shelter, an organization that helps homeless families stay together.  The Cupcake Collection provides celebration cakes for families at the shelters, a cause close to Francois’ heart since her family was food insecure before her sweet success. “By providing cakes for kids experiencing homelessness, these kids don’t feel left out or uncelebrated. It’s a tangible way that we can be part of the solution,” she says.


Ultimately, the whole operation goes back to purveying joy. “When I hear people describe how they feel like they are a kid again at their grandma’s house after receiving one of our cupcakes, I feel fulfilled. I want my cupcakes to be reminiscent of my upbringing. They are an homage to my grandparents and those who came before me. They’re the object I use to deliver joy to others.”