Daufuskie Island gives you a glimpse into the past.

tepping onto Daufuskie Island is like being transported back in time. Spanish moss drips from live oak branches that sway in the breeze, waves lap against the shore, and a golf cart hums along a sand and shell path.

It’s only a 30-minute ferry ride from Hilton Head, South Carolina, but it might as well be a lifetime away. There are no cars on the island, but your bike, horse, or golf cart will provide a slow, leisurely view of the Gullah cottages still standing here in their distinctive blue colors to ward off spirits. The tiny homes sit back from unpaved roads, shaded by giant oaks, their porches calling out for a rocking chair and a glass of lemonade.

The Gullahs and Geechees who lived in these homes and others like them throughout coastal North and South Carolina, Georgia, and Florida, were the enslaved people of plantation owners. The islanders were a tight-knit community on Daufuskie, which is only five miles long and two and a half miles wide. After the Civil War ended, Union troops drove the plantation owners off the Island, and the enslaved people became known as Gullahs. Speaking their own unique language and working together, they farmed and fished and made money shucking the oysters abundant in the shallow waters bordering the island. 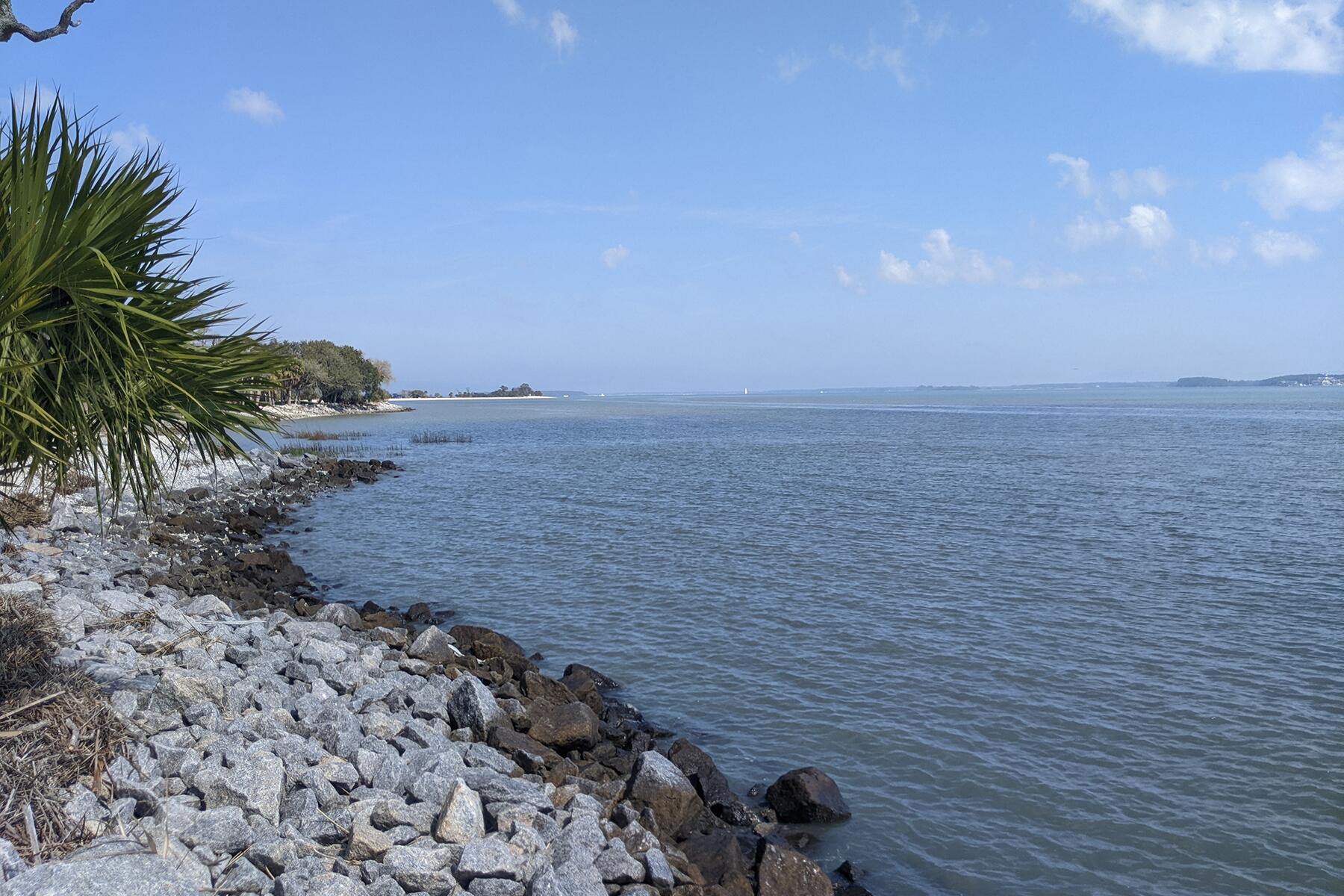 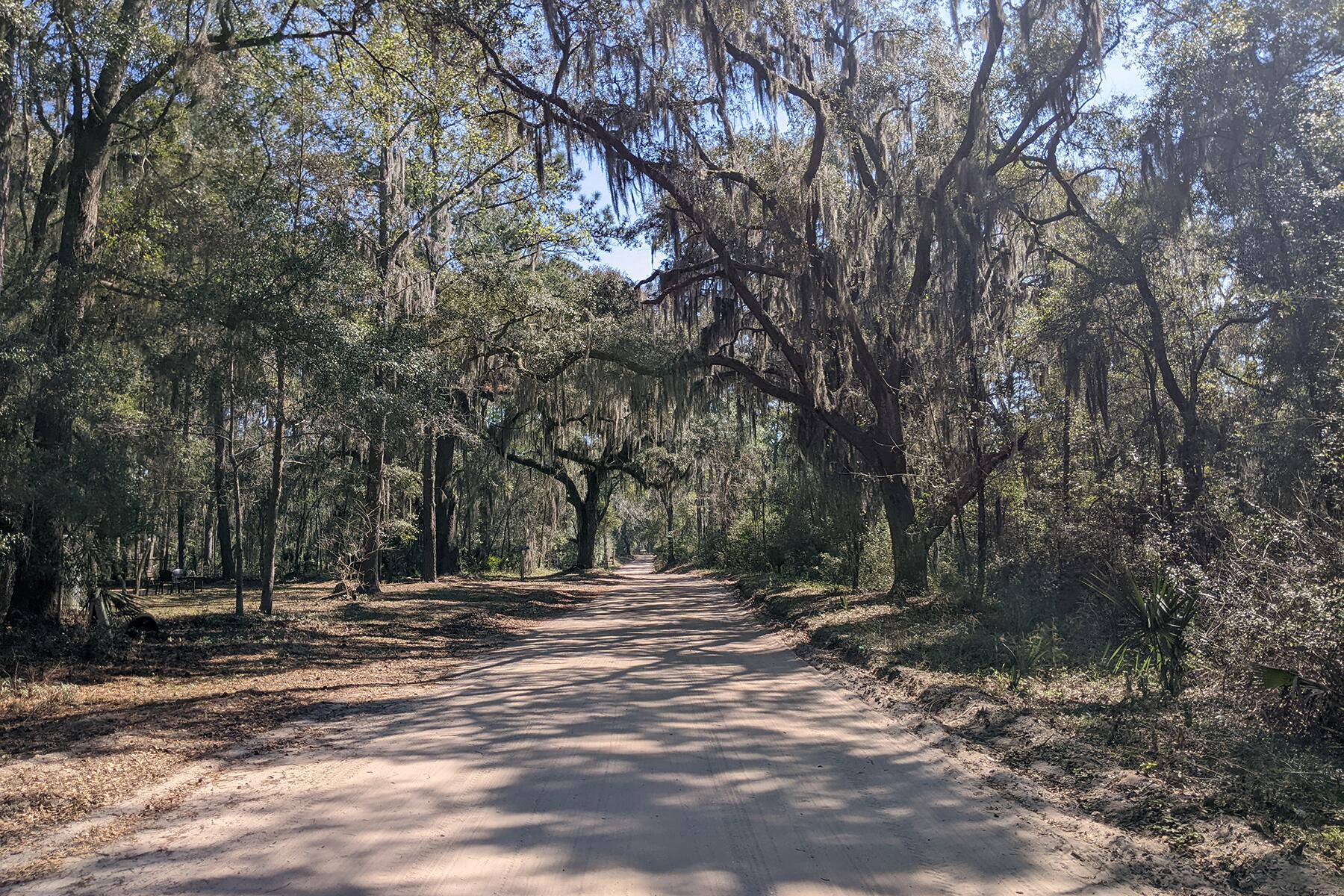 When a paper mill opened in nearby Savannah in 1959, the polluted water killed the oyster population, leaving the Gullahs without work. Most were forced to leave the island and abandon their homes, some of which still stand untouched today.

Enter Sallie Ann Robinson, a sixth-generation Gullah who grew up on Daufuskie and was educated in part by author Pat Conroy. Conroy spent only one year as a teacher, but he encouraged the students to explore the world off-island. Robinson explored, working as a nurse and making homes in other towns.

Near to Robinson’s heart were the values with which she and other Gullahs were raised: community above self, respect for others, appreciation for the bounty that comes from nature, honoring ancestors, work ethic and self-sufficiency, and a belief in God. She always planned to return, and when she did, she saw neglected, dilapidated Gullah houses—formerly thriving homes she remembered from her childhood.

“I saw the deterioration of the Gullah culture, houses falling apart, the gravestones of the ancestors overgrown,” Robinson said. “Some stories were being passed down but not enough. I said, ‘This ain’t right. I’ve got to do something.’ And to all the naysayers who asked what I could possibly do, I said, ‘It only takes one person to start.’”

Robinson created the Daufuskie Island Gullah Heritage Society, a non-profit organization that is working to help restore old Gullah homes and clean up and maintain Gullah cemeteries. She now leads popular tours that explore the homes, The West African Baptist Church, and the old schoolhouse where Conroy taught her class. The tour takes visitors back to the late 1800s when the Gullahs thrived on the island. A portion of the tour ticket proceeds goes towards the restoration of properties. The cottages are significant because, as Robinson says, “If the houses go, the stories are gone.” She has made it her mission to keep that from happening.

“My grandmother’s Gullah culture was a big part of this island,” explains Robinson. “The Gullahs built the school, raised money through their church, built a second church when the first burned down, and built the Oyster Union Society Hall in 1893, where they raised money. The Gullah houses were used to feed and help people, and all of the food was shared with the community. If you killed a hog, you shared the meat with everyone, knowing that it would be shared with you when your neighbor killed a hog. We’ve gotten too far away from that mentality.”

Visiting Daufuskie immerses you in Gullah heritage and takes you back to a time when neighbors helped neighbors. Robinson shared her tips for helping to preserve and support the Gullah history on your next visit to Daufuskie Island.

Annually, the island holds a Daufuskie Day event on the fourth Saturday in June. It’s an opportunity for Gullah families to come back and reconnect and a time for visitors to experience and contribute to the preservation of Gullah traditions. Robinson cooks all day and opens her home to everyone.

According to Robinson, “One of the best ways to remember history is to taste it.” She has written three cookbooks: Gullah Home Cooking the Daufuskie Way, Food and Family Lore From the Lowcountry, and Cooking the Gullah Way, Morning, Noon, and Night. If you’re celebrating a special event while there, Robinson will bring you her specialties, including Gullah Gumbo, Blue Crab Stew, and Southern Smuttered Fried Chicken.

You can also take a tour of the island. Two tour companies make learning about the island a fun excursion, taking you to historic buildings, teaching about the Gullah contributions to the island, and answering all of your questions. Book a time with Daufuskie Island Tours or Sallie Ann’s Authentic Gullah Tour to hear about early life on the island. 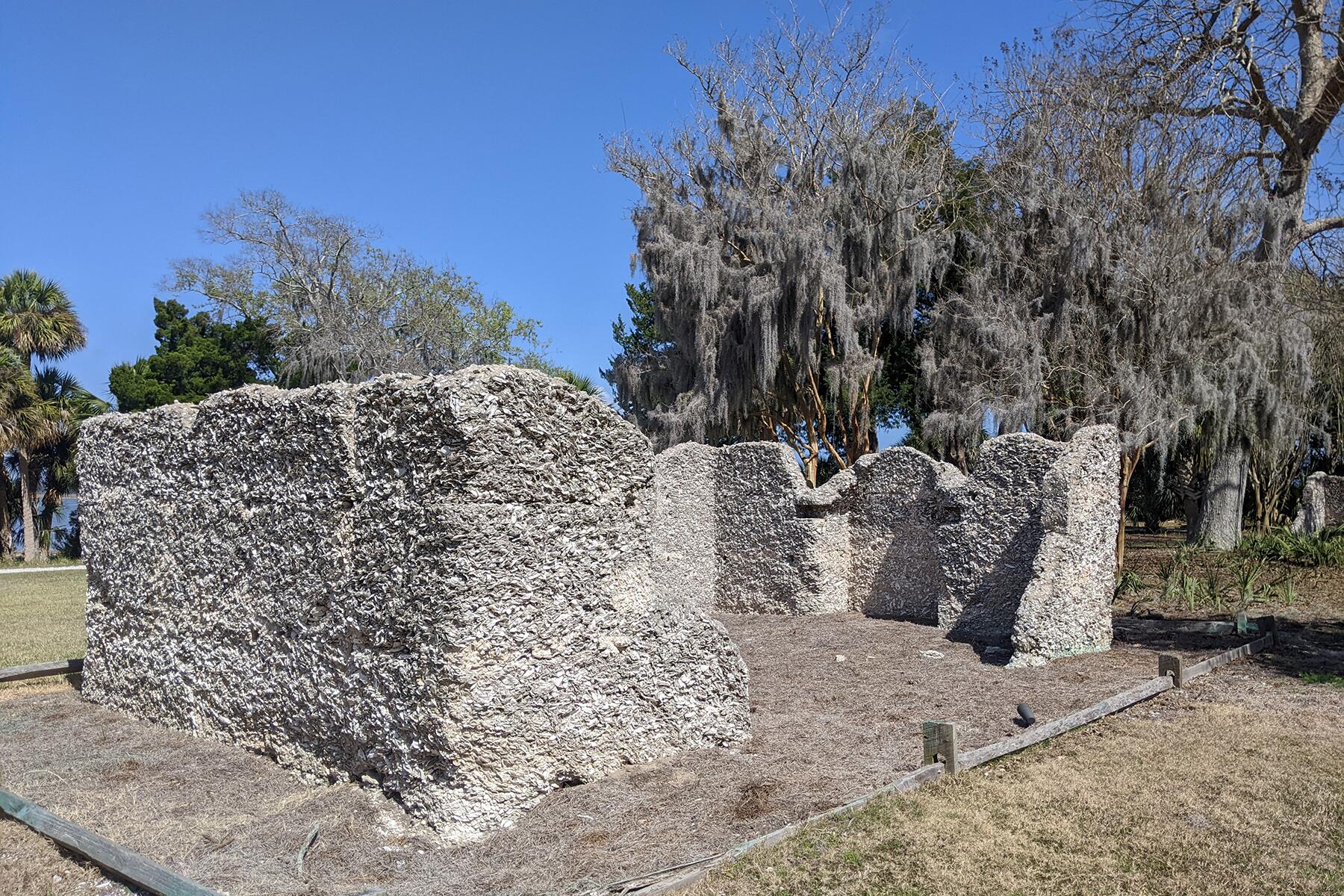 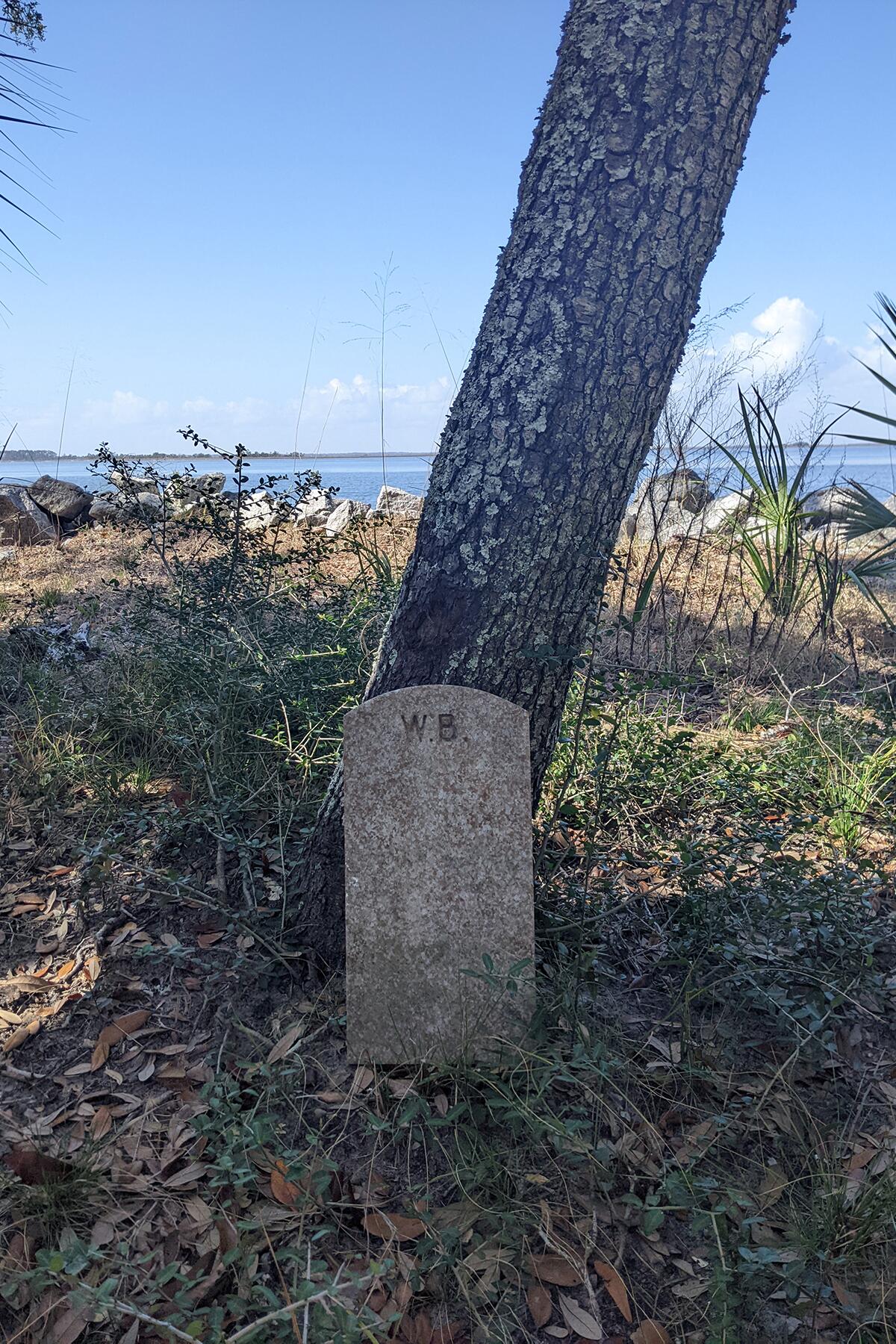 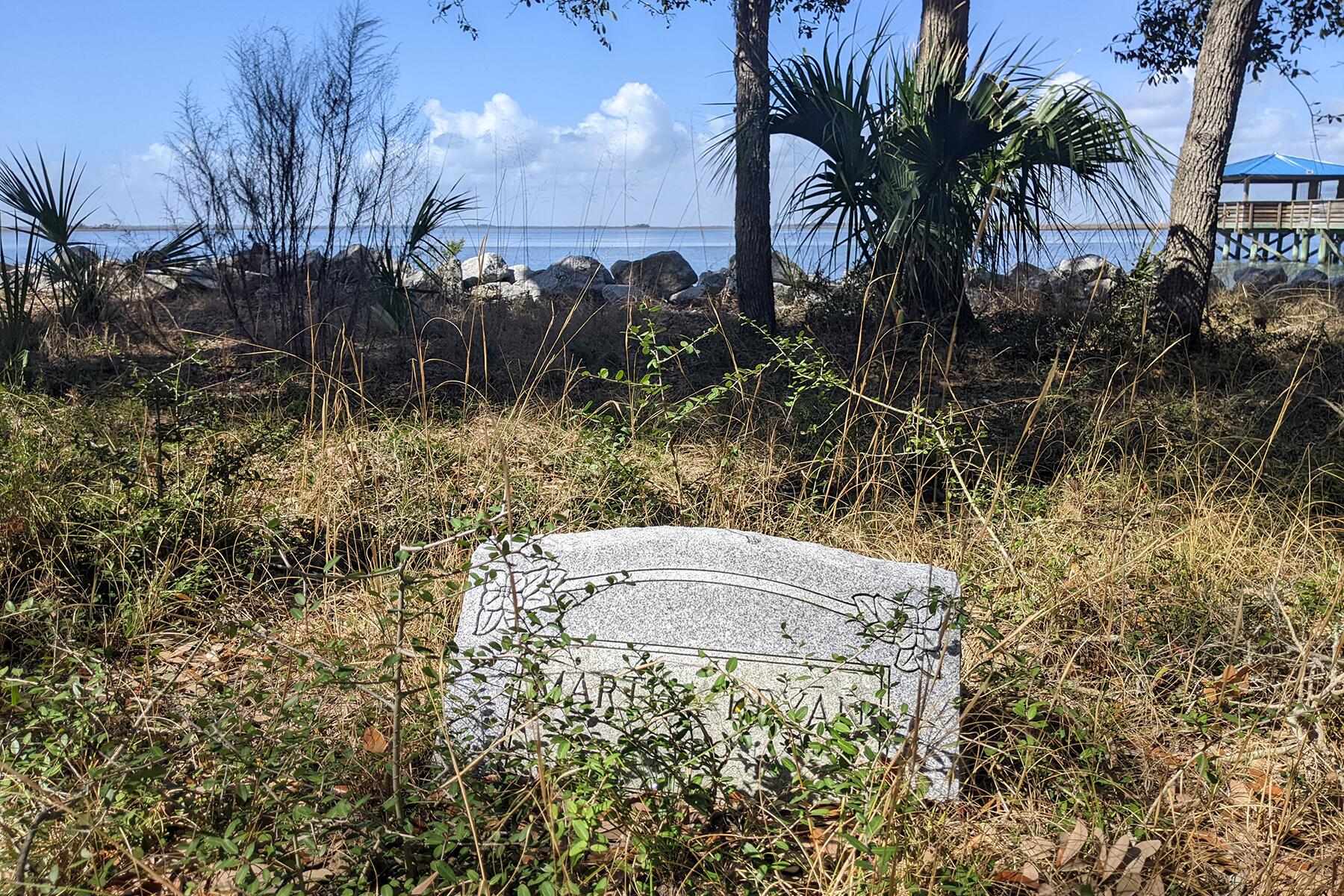 Visit the graves of Gullah ancestors and donate to have them restored. The Gullahs believed in being buried seaside so souls could travel across the water back to their homes in Africa. You can find these graves in Bloody Point, Cooper River, Mary Field, and Mary Dunn cemeteries.

Walk around the Tabby Ruins located at the dock at Haig Point. These were the former quarters of the enslaved, constructed with oyster shells, sand, and water. What’s left of the structures is a haunting reminder of the days when the Gullahs were enslaved.