An attorney, a social worker, a filmmaker, a professional basketball player, an opera singer, and the son of Haitian immigrants—these are just a few of the Black winemakers of northern Oregon who are future-proofing the industry by championing new diverse winemakers.

The 2020 demands for changes to systemic racism helped create an awareness of Oregon’s Black winemakers and encouraged consumers to seek out and support more Black business owners. While the Willamette Valley wine region has a handful of Black-owned and operated wineries, the odds are staggering. Across the country, less than 1% of all winemakers are Black, with an estimate of about 40 to 50 total Black-owned wineries nationwide, according to the Association of African American Vintners (AAAV).

It’s hard to argue with the Willamette Valley’s reputation as a great wine region—even Bravo’s Top Chef filmed here in 2020. A visit to this area allows you to sample your way through robust pinot noirs and incredible regional eats. Sipping wine in the shadow of towering fir trees, you can visit one of the many small wineries replete with views of snow-capped volcanoes in the distance. Here, the elements and climate mean everything to local Oregon winemakers. Nothing can grow without nurturing and, as it turns out, there’s no one path into winemaking.

This spring, Vidon Vineyard in Newberg, Oregon, named Tiquette Bramlett as President, making her the first Black woman appointed to lead a winery in Oregon and the country. In 2020, Bramlett, who is a sommelier and trained opera singer, also founded the nonprofit, Our Legacy Harvested, to help more people of color gain hands-on experience in Oregon’s wine industry.

“Being able to support and amplify each other is all in the name of the game. [We are] pointing out all the amazing things people of color are doing,” Bramlett explains. “I have had some local mentors who have pushed me and trained me on how a winery is run.”

One of Bramlett’s mentors is Oregon’s first recorded Black winemaker and vineyard owner, Bertony Faustin of Abbey Creek Vineyard. In his 2017 documentary, Red, White & Black, Faustin captures the winemaking journey through the lens of Oregon’s minority winemakers. Faustin’s 2008 entry into winemaking was a first, but he made sure it wasn’t the last. As the son of Haitian immigrants, Faustin grew up in Brooklyn and has made mentoring future Black winemakers a top priority. He now has two tasting rooms—one in North Plains and one in downtown Portland—and hip-hop music is always playing at both.

Pushing for More Black-Owned Wineries in the United States

“There are only a few of us here, and we want to support each other as much as we can,” says Donna Stoney, the owner of Stoney Wines.

Stoney worked an entire career in social services before opening her winery in 2019. Her label is sold online and in restaurants, and she’s planning to open a tasting room in McMinnville, Oregon.

INSIDER TIPVisit the Association of African American Vintners (AAAV) online wine store for one of the largest collections of Black-owned wine brands.

“We are trying to get more people of color into this business. You have to pursue it and be persistent and precise on what you want,” adds Stoney. “Bertony saw that in me, and without him, I probably never would have entered the field.”

Some winemakers have specifically sought out Oregon’s grapes. Brooklyn-based André Hueston Mack, who is the owner of Maison Noir Wines, had a prestigious wine career before creating his own Oregon wine label. Awarded Best Young Sommelier in America in 2003, Mack went on to work as a sommelier at Thomas Keller’s iconic French Laundry in California and Per Se in New York City.

“I chose Oregon because I thought it was the best place for pinot noir being made domestically. It was something I championed at the Per Se wine list,” Mack remembers. “Oregon was the best. I was drawn to the people. I knew a lot of the top Oregon winemakers and had known them for years.”

Mack’s Maison Noir label is a brand that is part lifestyle and part street culture, boasting wines with cheeky names like “Love Drunk” and “OPP” (Other People’s Pinot Noir).

Inspiring the Next Generation of Diverse Winemakers

According to Mack, Oregon’s wine travel experience is unlike any other.

“[Oregon] is probably the first place I’d send someone in the industry. It’s laid back and inviting,” Mack said. “Plus, the proximity of Portland to the Willamette Valley wine region is untapped in a lot of ways.”

There’s no pretense in Oregon, Mack points out, forget the image of convertibles and ascots and estates.

“When you get down to it, winemakers are all farmers,” muses Mack. “Most people in the Oregon wine business are pretty passionate about it, and they love to talk. They came from different backgrounds and have lived many different lives.”

Desiree Noisette, a former attorney, is the owner of Mermosa. Her national wine brand ranges from traditional wines, ready-to-drink mimosas, and canned sparkling wines that she calls “the official wine of boats, brunches, and beaches.”

Noisette is based in Florida but she chose Oregon grapes and production for her modern blends.

“The willingness to experiment and share wine data in Oregon is unparalleled,” Noisette explains. “They see it as an ‘all ships rise’ mentality. The entire region grows and becomes more renowned.”

In 2018, Eunice Chiweshe Goldstein chose the small coastal town of Astoria, Oregon, to open her winery and tasting room. Chiweshe Goldstein, a Zimbabwean American, is Oregon’s first Black female winery owner and winemaker. As a working filmmaker, she alternates between film work in Los Angeles and producing rosé, pinot noir, chardonnay, and a vegan red blend in Oregon.

Chiweshe Goldstein knew at an early age she wanted to become a filmmaker. She graduated from the UCLA School of Theater, Film, and Television. Later—inspired by Francis Ford Coppola’s career as both a notable filmmaker and winemaker—she was driven to create her own winery and label.

“It’s an honor to know that as a young, African American female, Oregon’s first Black female winery owner and winemaker, I opened the door for three other Black women to join the table in the wine industry,” Chiweshe Goldstein said.

Her winery is named after her grandmother in Zimbabwe, “Eunice,” who first exposed her to winemaking and believed in helping others. She pays homage to her grandmother’s memory with her “purpose wine” program, benefiting a rotating list of nonprofits as part of Chiweshe Goldstein’s strong commitment to social justice. She’s also working to build a foundation to stop the atrocities and genocide in Zimbabwe and help underprivileged children in rural areas in the United States.

A visionary in many ways, Chiweshe Goldstein is experimenting in growing wine grapes where grapes haven’t been grown before along the Oregon Coast. Her wines are available in Oregon’s top restaurants and distributed across the country. As both a Black filmmaker and winemaker, she hopes her work will help create a platform for others aiming to break into exclusive industries. 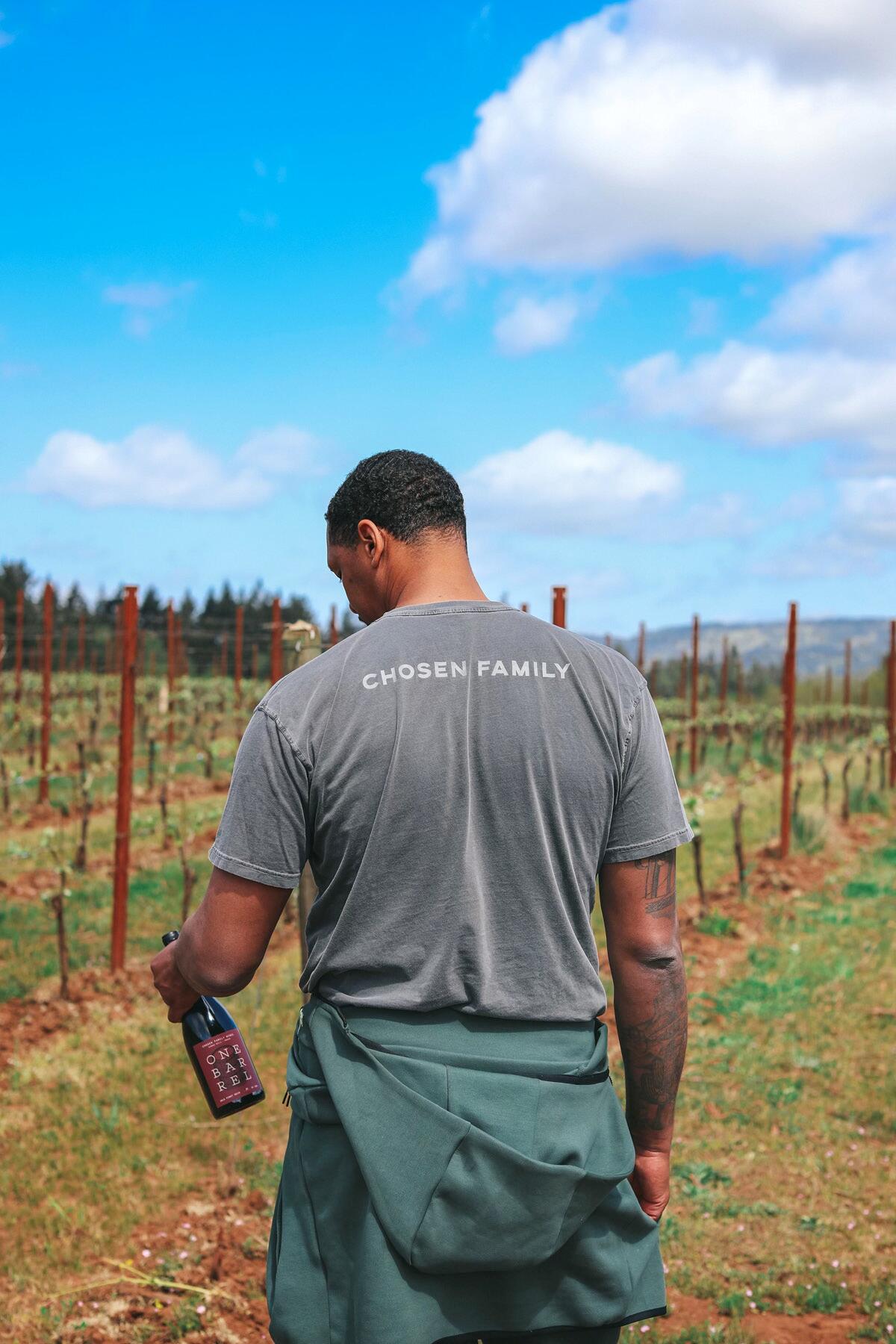 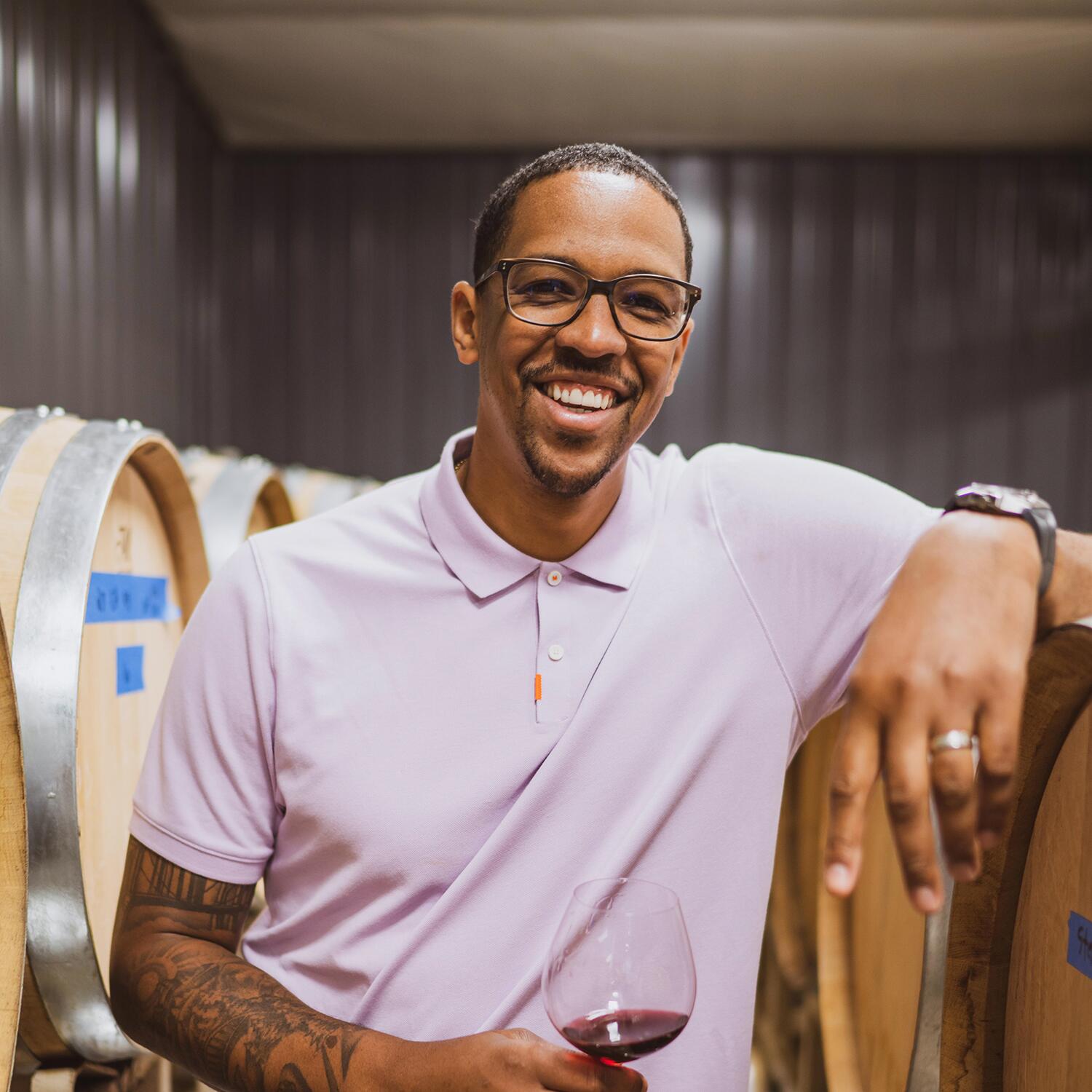 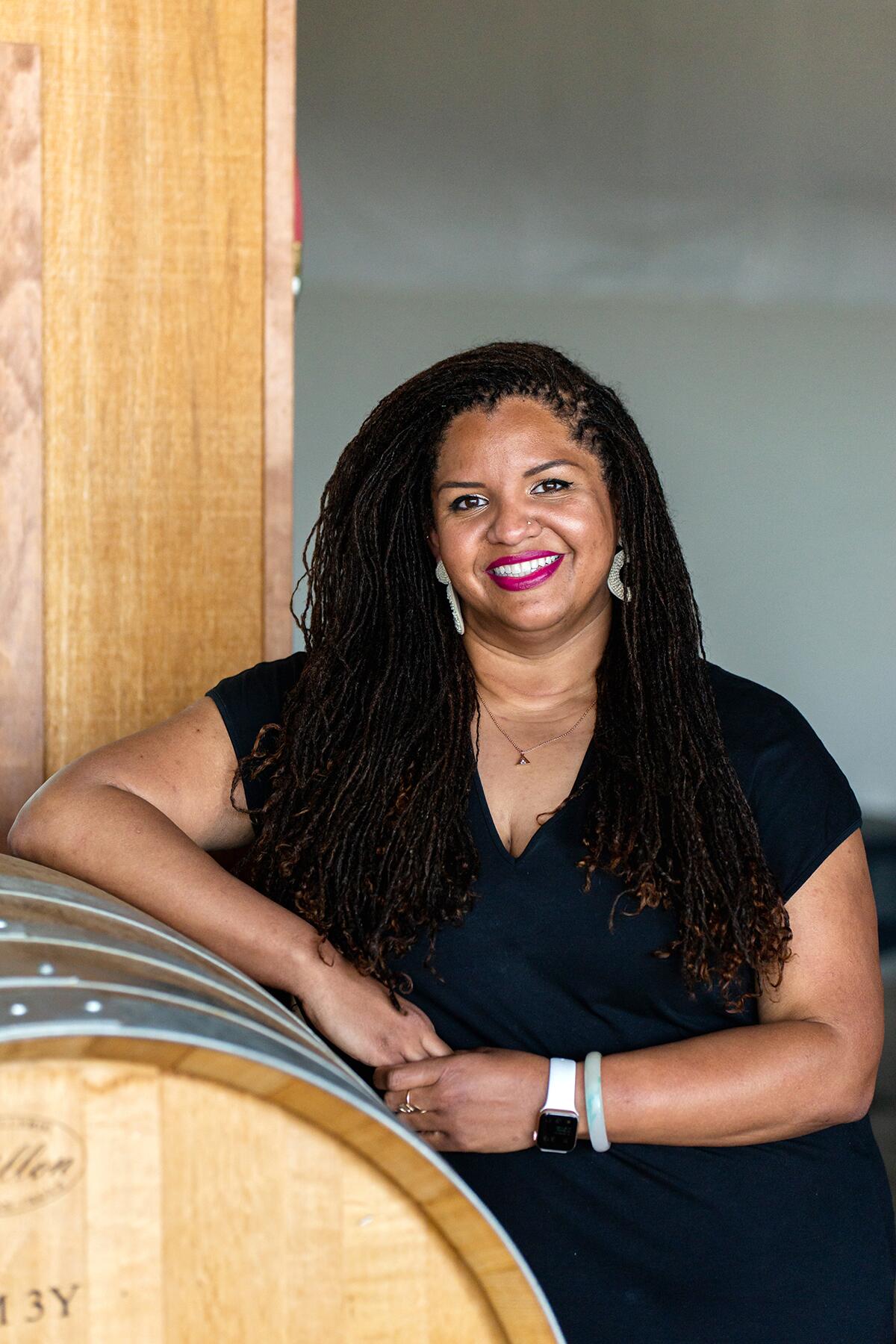 “There is something special in Oregon,” Frye said. “We’re not bound by old school rules. The new generation is here and each tasting room has their story.”

Chosen Family Wines launched the One Barrell Challenge in 2020. Seven wineries have donated the equivalent of one barrel of wine (300 bottles), with all proceeds going towards breaking down racial barriers in the wine industry. Frye hopes to inspire the next generation and rewrite the image of a winemaker.

“I’m an anthropology major. Some Black kids didn’t know they could be president until President Obama was elected. As a young Black man, getting into this industry, there’s a responsibility I have to inspire the next generation,” says Frye. “My kids are of mixed race, so if I can inspire a kid to go, ‘Dang! I really want to go into winemaking because I love geology,’ or ‘I want to open a tasting room,’ then that’s what I want to do.”

A Winemaker’s Guide to Visiting Oregon

INSIDER TIP“Don’t be afraid to go off the beaten path,” suggests Bramlett. “A lot of people want to go to the wineries of the names they see in the grocery store, but I say, ask for suggestions from the local people.

The Independent, Independence, OR
Black Walnut Inn, Dundee, OR
The Allison Inn, Newberg, OR
Atticus Hotel, McMinnville, OR
The Sentinel, Portland, OR