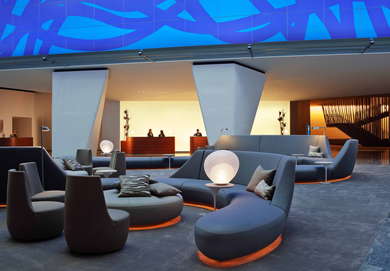 As the Conrad’s flagship, this luxury 5-star property not only feels like the mothership of the brand but of a future universe. Modern, grandiose and cinematic, the Conrad soars over the Hudson River with direct views of the Statue of Liberty and yonder and a 100’ x 80’ Sol Lewitt wall drawing, “Loopy Doopy.”. This all-suite hotel, however, isn’t just corporate dominance—its extensive art collection (with originals in each suite) and community relationships makes it more New York than a brand extension.

With four categories of suites (and a presidential), the Conrad’s room structure is designed as apartment living in mind. All rooms are suites. Ryokan-feeling sliding doors separate the spacious bedrooms (all have kings or are doubles on request) from the contemporary mid-century-inspired sitting rooms kitted out for both work and leisure. Clean strong lines of hardwood desks, dressers and drawers, all stained in warm golden tones, use the perimeter of the rooms to maximize space. Whether a deluxe or an executive, there’s room to breathe.

YOU SHOULD KNOW As a five-star, the Conrad has plenty of in-room luxury amenities from Nespresso machines to free (that’s actually) high-speed wifi to turn-down service. 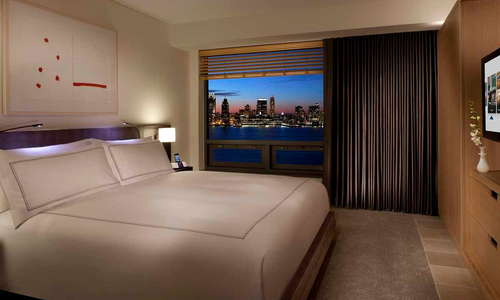 Marble and rainfall… need more be said? It’s nice in here. Though a bathtub is hard to find around here, these spa showers drench with well-pressured water. And the sleek sink vanity has those mirrors with the good selfie-glow lighting.

Enter into this 16-story atrium, flanked by neo-futuristic exposed hallways and has a very Blade Runner-y feel, almost like a John Portman Hyatt. But in fact, the building's signature Sol Lewitt wall drawing, “Loopy Doopy,” meets its match with Monica Ponce de Leon’s interiors work, which includes a metal string veil that hangs over the waiting area, a slew of serenely laid out sleek couches. This is as grand as it comes, as well as the access concourse to the hotel’s facilities, the property’s restaurant Atrio, as well as the building’s shared neighbor, Regal Battery Park Cinema. 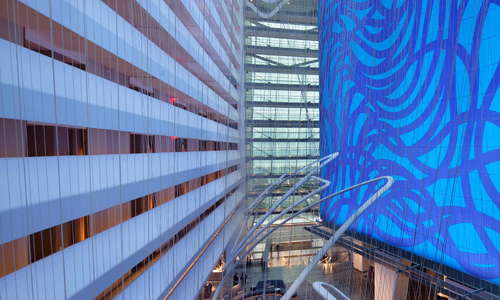 Flooded with natural light, this large gym is tricked out with multiples of popular cardio machines and weights stations. Also the gym offers amenities from apples to earphones to plush towels.

Conrad has partnered with chef Gerron Douglas for an all-day full-service American fresh fare that’s become somewhat of a power-breakfast spot for bankers. Get those eggs benedict with a side of stocks to sell. 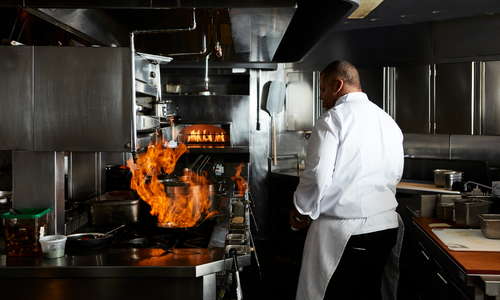 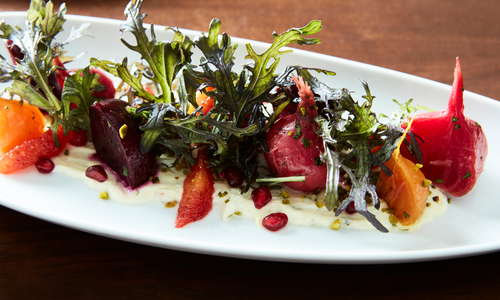 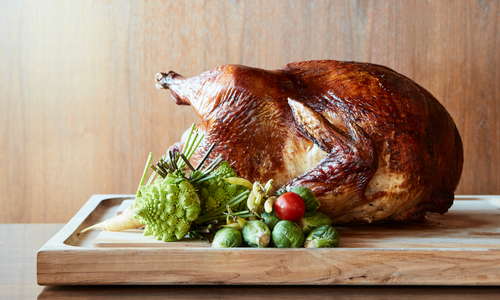 In the warmer months (usually April to November), the Loopy Doopy bar (guess how it acquired that name?) opens on the rooftop. It’s not particularly large, especially in comparison to some of the drinking emporiums in the area, so if you’re really craving a sunset martini, get there before the post-work crowd muscles their way in.

Divided by West Side Highway, the Conrad is about a 10-minute walk to the closest subway, which is the R/W at Cortland Street or A/C/E and Path Trains at World Trade Center.

Well, there is a Shake shack in the hotel complex. But dirty burgers and fries aren't always the craving. Head over to Le District (2-minutes) in Brookfield Place for a serious spread of all things French.

Also tucked away in Brookfield is PJ Clarke's (2-minutes), a classic New York wooded bar that serves bourbon with as much attention as beer. Or stroll Stone Street (10-minute walk) in search of roaring pints with recently released white collar workers.

Conrad Hotels offer a luxury universe that does feel like another universe—a luxury spaceship docked along New York’s historic waterfront. It’s impressive and cinematic, and unlike properties of this stature not too conventional with its seamlessly integrated everything. This property offers the standards found in a corporate conglomerate and the service of a 5-star grand hotel—with more personality than might be preconceived. 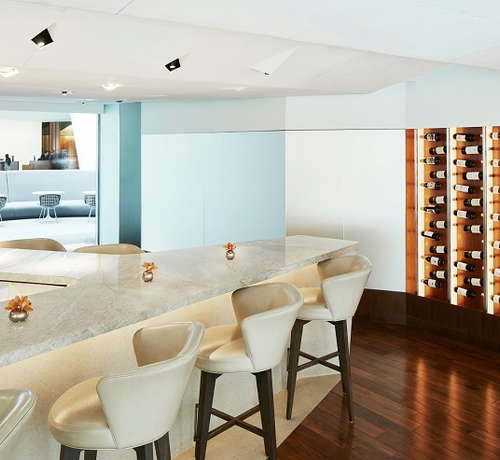 Thank you for your interest!
Look out for our newsletters with travel tips and special offers.
1/6 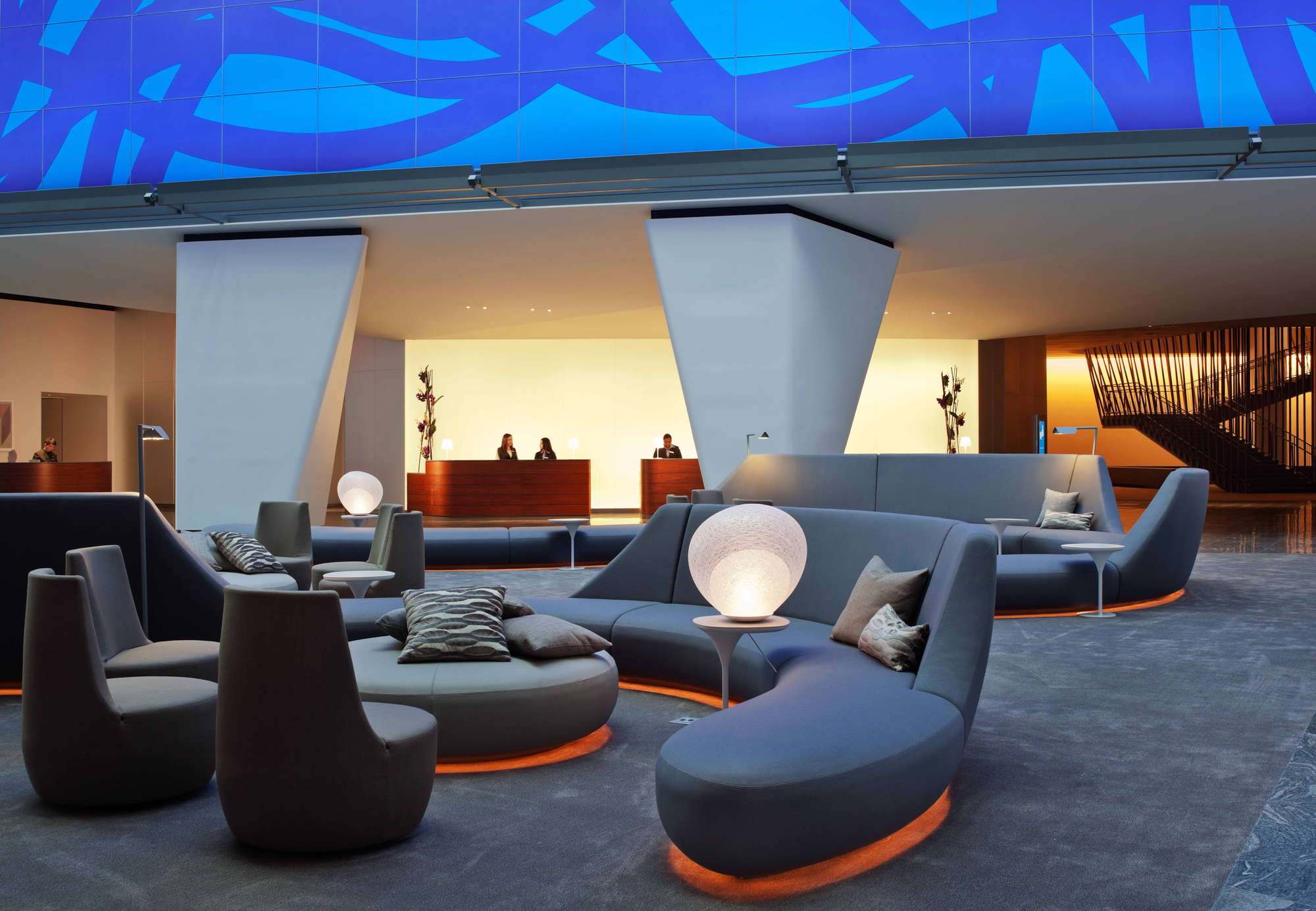 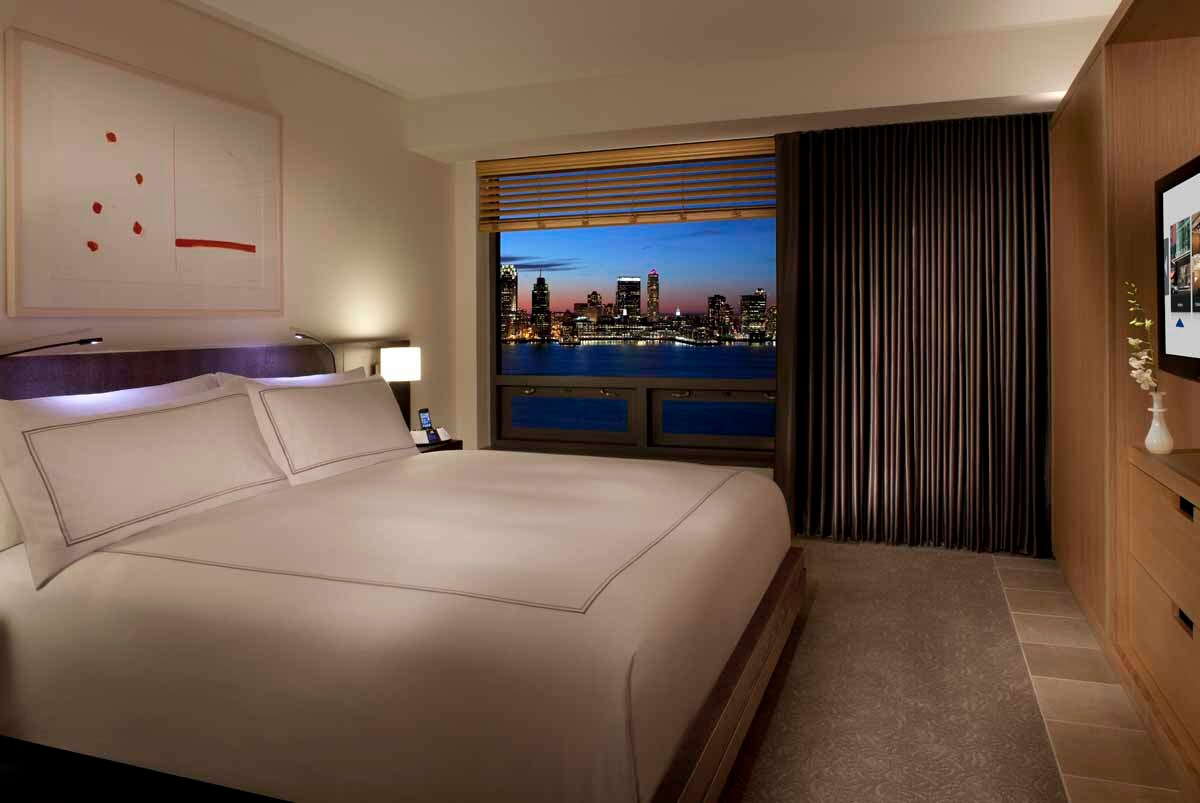 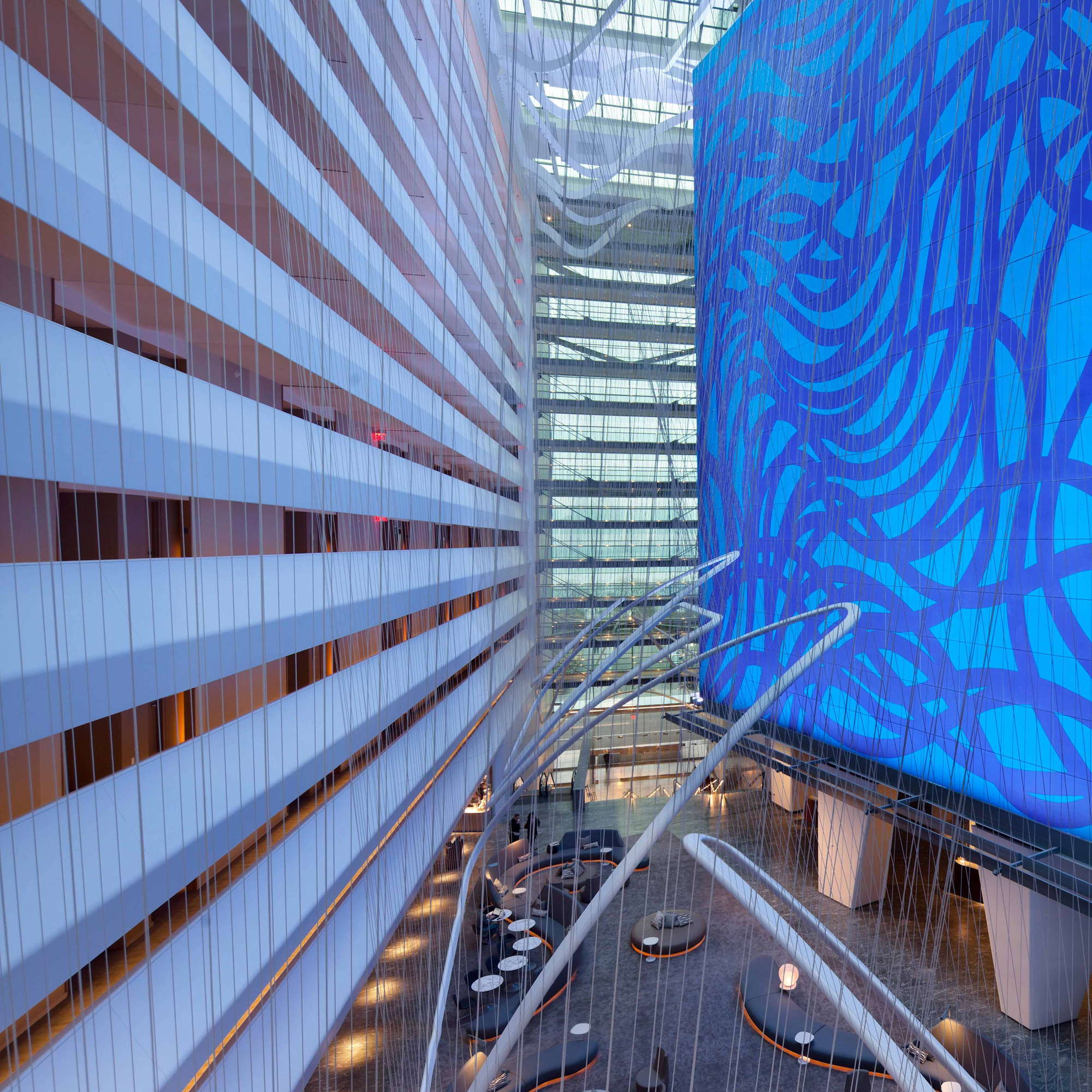 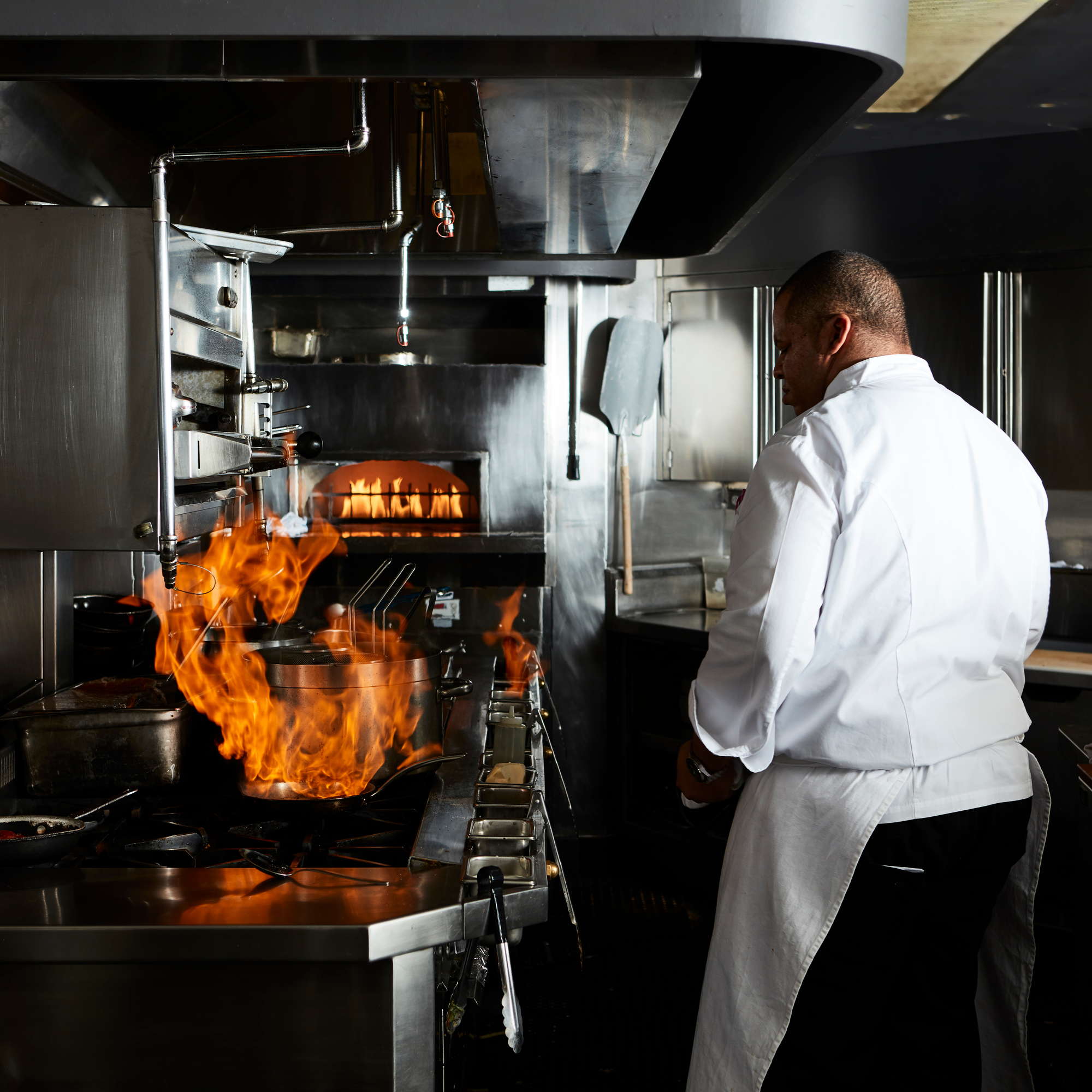 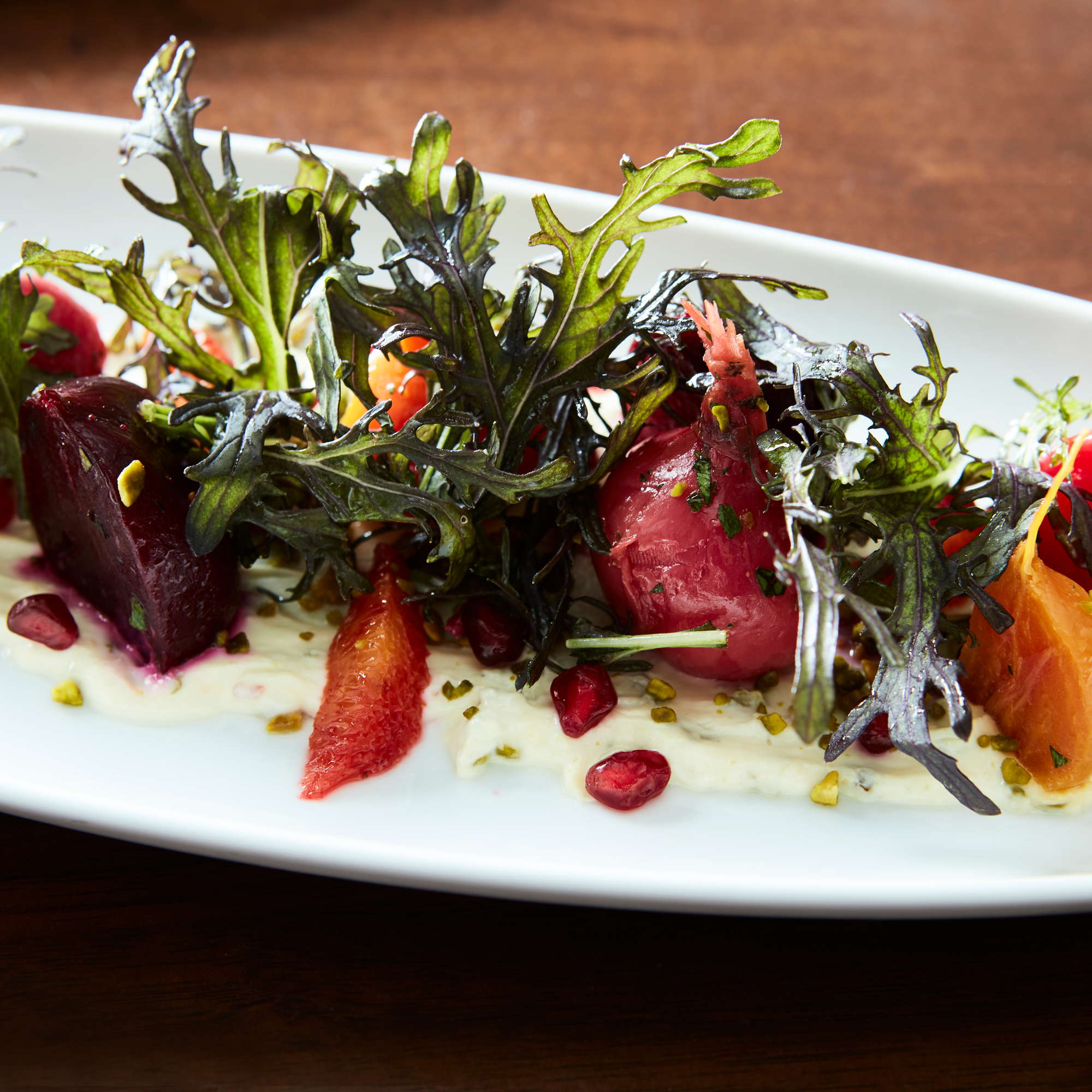 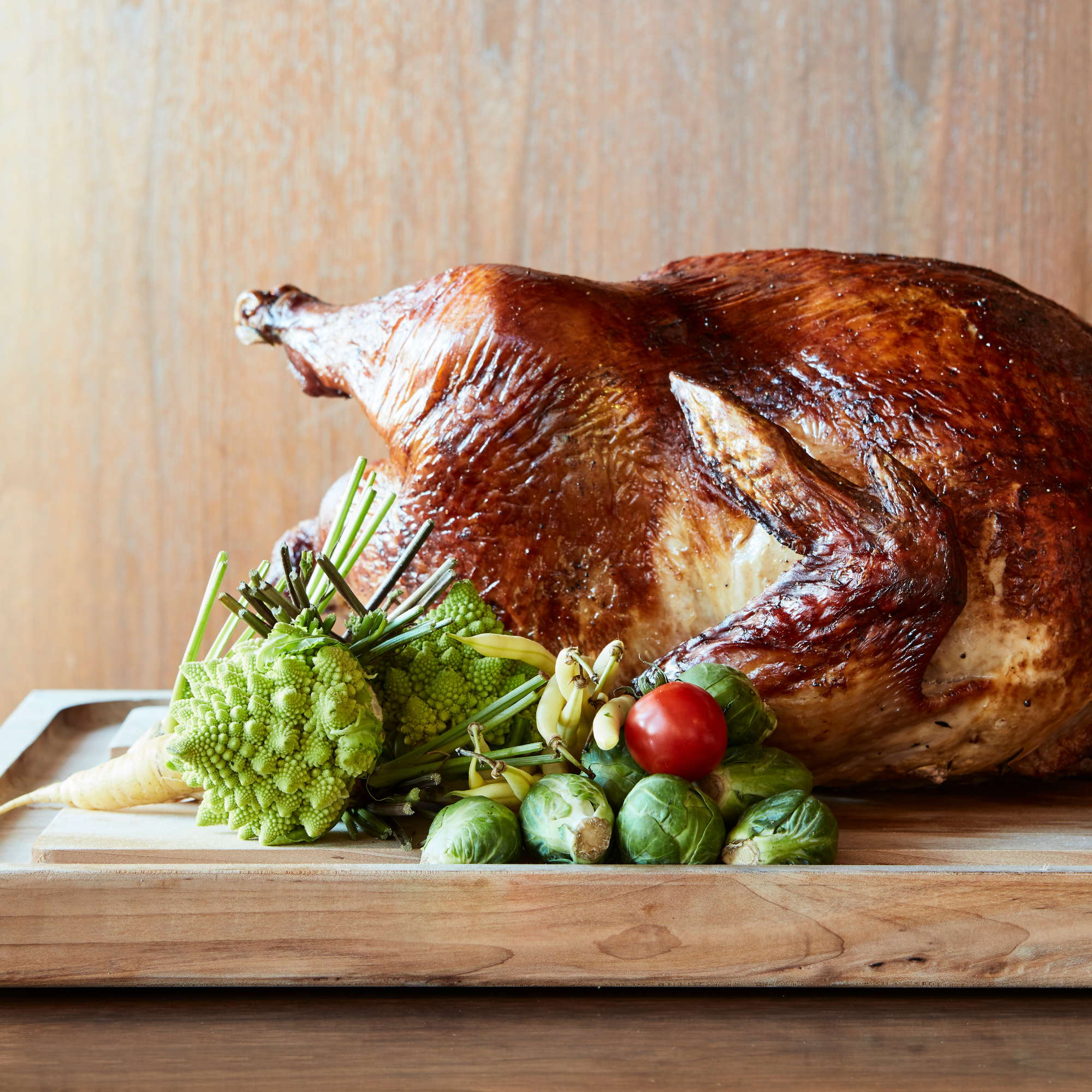