“Manhattan’s most haunted house” offers a glimpse of how the COVID-19 shutdown might affect spirits used to daily tourists.

In 1982’s Poltergeist, the Freeling family gets snatched by an animated tree, pulled up to the ceiling by an invisible demon, attacked by a possessed clown, and sucked into a snowy television. The overwhelming message of these paranormal encounters is clear: get out. The demons and spirits hanging around the Freeling home are not exactly rolling out the red carpet.

It’s a familiar trope in horror movies: a family moves into a haunted house and ghosts proceed to defend their territory. How much truth is there to the idea that spirits want humans out of their homes toot sweet, though? A pandemic-triggered shutdown and a famous destination for paranormal activity provide a perfect way to find out.

The Merchant’s House Museum is a 19th-century home and National Historic Landmark at 29 East Fourth Street in the neighborhood of New York City known as NoHo. Hardware merchant Seabury Tredwell purchased the house in 1835, and his family would live there for nearly a century. In 1936, a cousin of the Tredwells realized the home’s value and turned it into a museum. According to Anthony Bellov, a Merchant’s House board member and longtime volunteer who leads detailed tours discussing the home’s architecture, furniture design, and lighting, the museum is a snapshot of its Manhattan neighborhood during another period.

“It’s very apt to say you walk in the front door and enter the 19th century,” Bellov says. “It’s as close to time travel as anyone can get now.” Visitors come from all over the world to get a slice-of-life look at a typical, upper-middle-class family in 19th-century New York. They also come to see if they can meet a member of that family.

Visitors come from all over the world to get a slice-of-life look at a typical, upper-middle-class family in 19th-century New York. They also come to see if they can meet a member of that family.

Dubbed “Manhattan’s most haunted house” by The New York Times, the Merchant’s House has become the subject of regular paranormal investigations, both amateur and professional. As much as it attracts those interested in history and architecture, the home entices those interested in all things ghostly. Bellov says the museum’s board started offering ghost tours in 2007 after years of watching people capitalize on the house’s haunted reputation—writing articles, stopping outside on ghost tours, publishing books— and not even getting that reputation right.

“We sat down and discussed how we could take ownership of this aspect of the museum,” Bellov says. “We felt a responsibility to portray the home positively if we could, and honestly.” Fortuitously, as the board was devising how to establish ghost tours, a paranormal investigator named Dan Sturges wrote a letter asking if he could investigate the Merchant’s House. A partnership was born: Sturges still guides regular tours of the home, where guests learn not just about the Tredwell family and their Irish servants that may be lingering, but about the equipment and methods Sturges employs in attempting to reach them. 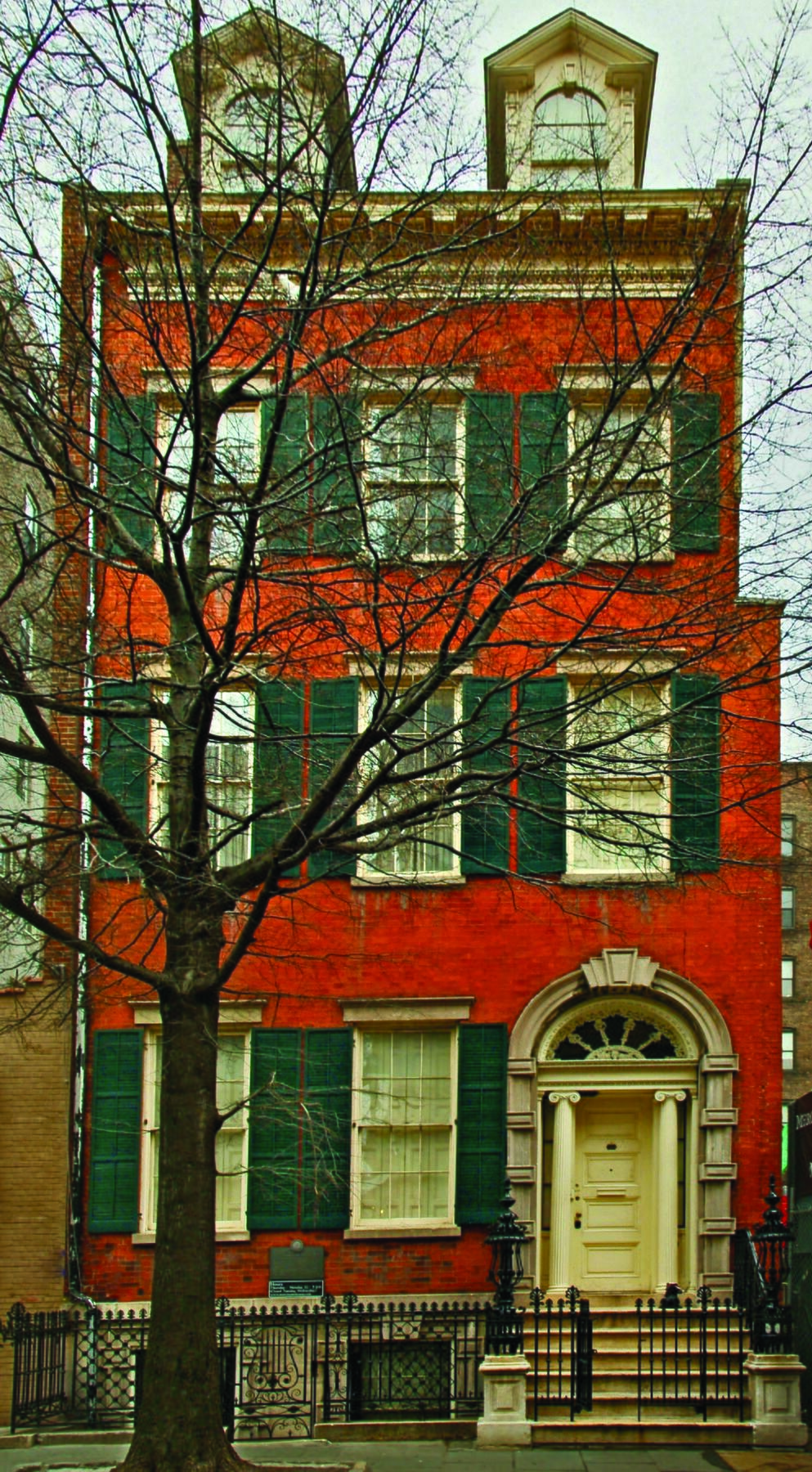 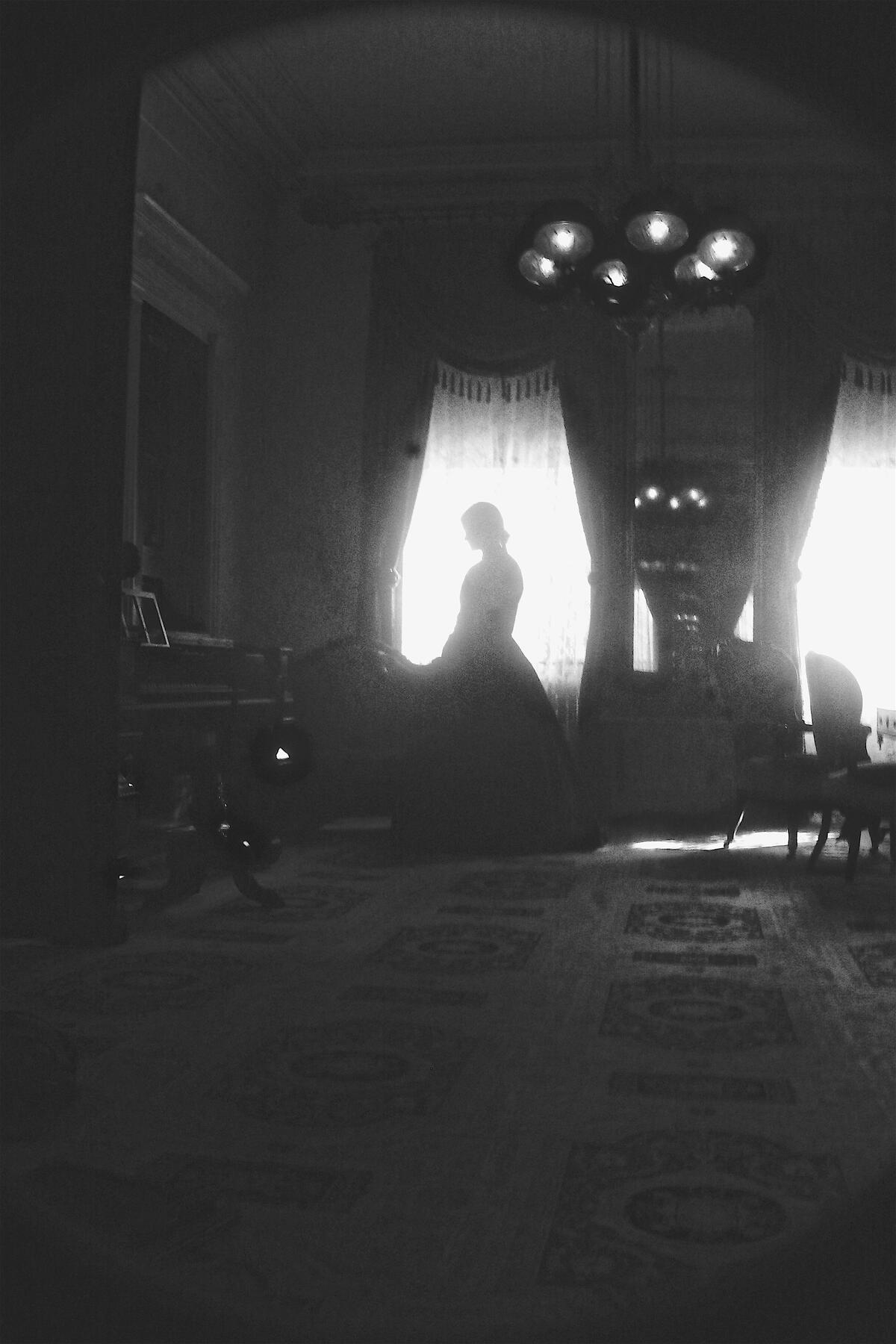 Considering how tuned in to a possible paranormal presence the Merchant’s House board is, this museum is the ideal testing ground to examine the effects of the pandemic on a destination with such a ghostly draw. Here is a place that went from being a family home for a century to being a museum for nearly as long, with visitors flocking in for possible spiritual encounters since 2007. Has this sudden, unprecedented halt in foot traffic affected the entities who may be hanging around the Merchant’s House? And do those effects prove right or wrong the trope of living beings as unwanted party crashers in a ghost-inhabited home?

To attempt to answer these questions, it’s important to understand that there are different kinds of spirits, explains celebrity psychic Jesse Bravo. Some presences are nonconscious, going through repetitive patterns of activities they did while alive. These spirits wouldn’t change whether their space is bustling or not. Other presences actually need the energy of living beings in their space, and how they act will depend on that energy.

“When you have a place with a lot of people and a lot of energies, the spirits are feeding off of that,” Bravo says. “They’re fueled by energy: happy, depressed, or pure excitement.” Basically, ghosts in a home filled with tourists aren’t going to be angry just because the tourists are there. Instead, their energies will reflect the energies of those tourists—in this case, those tourists are doing something fun and are likely to exude positivity.

“It’s just like people who are alive,” Sturges says. “You’d rather interact with someone having fun and enjoying the home than someone who is afraid to walk into a room or is being disrespectful to the house.”

The exchange of positive energy extends to the Merchant’s House staff, too. Because they have a real love for the home, the entities there seem to recognize that and express gratitude. In fact, in a trend that would debunk the message of almost every ghost movie you’ve ever seen, most encounters at the Merchant’s House are benevolent.

“I always tell people if they have an experience, it’s not going to be scary,” says Laura Wasson, a creative director in advertising who has volunteered as a ghost tour guide at the museum for eight years. While Wasson and Bellov have had their own experiences, most of the recorded encounters at the Merchant’s House come from visitors. It’s important to note that, according to Bellov, the museum’s board doesn’t think of the home as “haunted.” The Merchant’s House is first and foremost a historical landmark that happens to have a ghostly element that appeals to some. Bellov, Sturges, and Wasson are all skeptics who only acknowledge experiences that cannot be explained any other way.

Sturges emphasizes that he cannot claim to know who he might be connecting with. When looking for electronic voice phenomena, or EVP—sounds only heard after an investigation on a recording device that aren’t picked up by other devices simultaneously recording—Sturges directs questions to a particular Tredwell family member or servant and may get answers, but can’t say for sure that that means he actually heard from that person. Short of foolproof confirmation, though, findings paint a picture of the home’s possible entities.

The inhabitants of the Merchant’s House included the Tredwell family: father Seabury, mother Eliza, and children Elizabeth, Horace, Mary, Samuel, Phebe, Julia, Sarah, and Gertrude, as well as four Irish servants: Ann Clark, Bridget Murphy, Mary James, and Mary Smith. Wasson says most people on her tours have reactions in Eliza and Seabury’s room (there have even been fainters).

“A lot of people who have reactions in Seabury’s room, specifically, are young women, and he of course had many daughters and was known to be a tough dad,” Wasson says.

Eliza’s room is thought to be the most haunted in the house. Sturges recalls an investigation there where one member of his group looked in Eliza’s dresser mirror and asked if Eliza thought she was pretty. When listening to the recordings later, one device picked up a female voice answering that question: “Pleasant enough.”

Bellov says several entities have been positively identified—guests who tell staff of sightings are then shown family photos and will pick out who they encountered. In addition to Seabury, Eliza, Elizabeth, and Gertrude, who was the last living dweller of the home, some of the servants pop in, too, especially when staff members are alone in the house locking up. Wasson says their energy is always “happy and helpful.”

Even if spiritual encounters don’t feel grounded enough in reality, there’s a major ghost-related project taking place at the Merchant’s House that has Sturges excited, and that wouldn’t be possible without the shutdown. Because there are no tours happening and rooms are left undisturbed for the first time in the museum’s 80-plus years, Sturges has partnered with a scientist (who prefers to remain anonymous) to set up advanced equipment in certain spots. There’s a touchscreen computer that has been registering lines drawn—deliberate, retraced lines that occur when Sturges attempts to interact with Eliza. There are also cameras running 24/7 to make sure no humans are actually in those rooms creating those results.

Because there are no tours happening and rooms are left undisturbed for the first time in the museum’s 80-plus years, Sturges has partnered with a scientist (who prefers to remain anonymous) to set up advanced equipment in certain spots.

The project’s findings will be included in an online version of the ghost tour the Merchant’s House is working on now. Ghost tours are typically run once a month with a few exceptions, and at a much greater frequency in October running up to Halloween. Like any museum, the house has been hurting from the sudden stop in visitors. Although it was able to reopen earlier this month, tours and capacity are limited. However, they also currently offer free online programming and virtual tours: Bellov will be doing a virtual version of his Behind the Ropes tours on architecture, furniture, and lighting, and there will be that online ghost tour. Of course, this version won’t offer the same thrill of a possible encounter—Eliza doesn’t do Zoom—but it promises to intrigue those interested in the science of paranormal investigating and the history of the home and its reputation. Plus, thanks to the findings of Sturges’s current project, virtual ghost tours will fill would-be visitors in on just what these spirits have been up to without them.