Because of the color of their skin, the keepers of Derby history largely erased these jockeys' accomplishments.

painting of 11 young Black men each sporting a different color silk shirt hangs above a booth in an upscale Louisville restaurant. Only six men have riding caps on, but they are all wearing white riding pants and riding boots. The two fabled spirals of Churchill Downs can be seen peeking out over their shoulders in the background. These are 11 of the Kentucky Derby’s first winning jockeys. They were champions at the very beginning of what has become one of the most prominent sporting events in America but, because of the color of their skin, the keepers of Derby history largely erased their accomplishments.

The Kentucky Derby is well-known as the most prestigious annual race in America. Every first Saturday in May, hundreds of thousands of racing fans huddle together at Churchill Downs to watch 20 thoroughbreds race for one-and-one-quarter miles. In the 1880s, Black equestrians played a critical role in forming what is now a multi-billion dollar industry; 13 out of the 15 original jockeys during the first Kentucky Derby in 1875 were Black, including the Derby’s first winner Oliver Lewis. African American horsemen dominated the beginning years, winning 15 Derbies in the first 28 years. The winning streak abruptly ended in 1902 when Jim Crow laws swept the nation, barring African Americans from any prominent roles in horse racing and locking them out of the growing economic revenue the sport was bringing in. A handful of the jockeys moved overseas to race in other countries, but most were never able to race again.

Louisville entrepreneur and restauranteur Tawnana Bains wanted to pay homage to these early riders, hosting an event with The Project to Preserve African American Turf History (PPAATH), a local organization dedicated to publicizing the role of Black jockeys in the Kentucky Derby. At the event, PPAATH set up a mobile art museum with paintings representing several of the original jockeys. 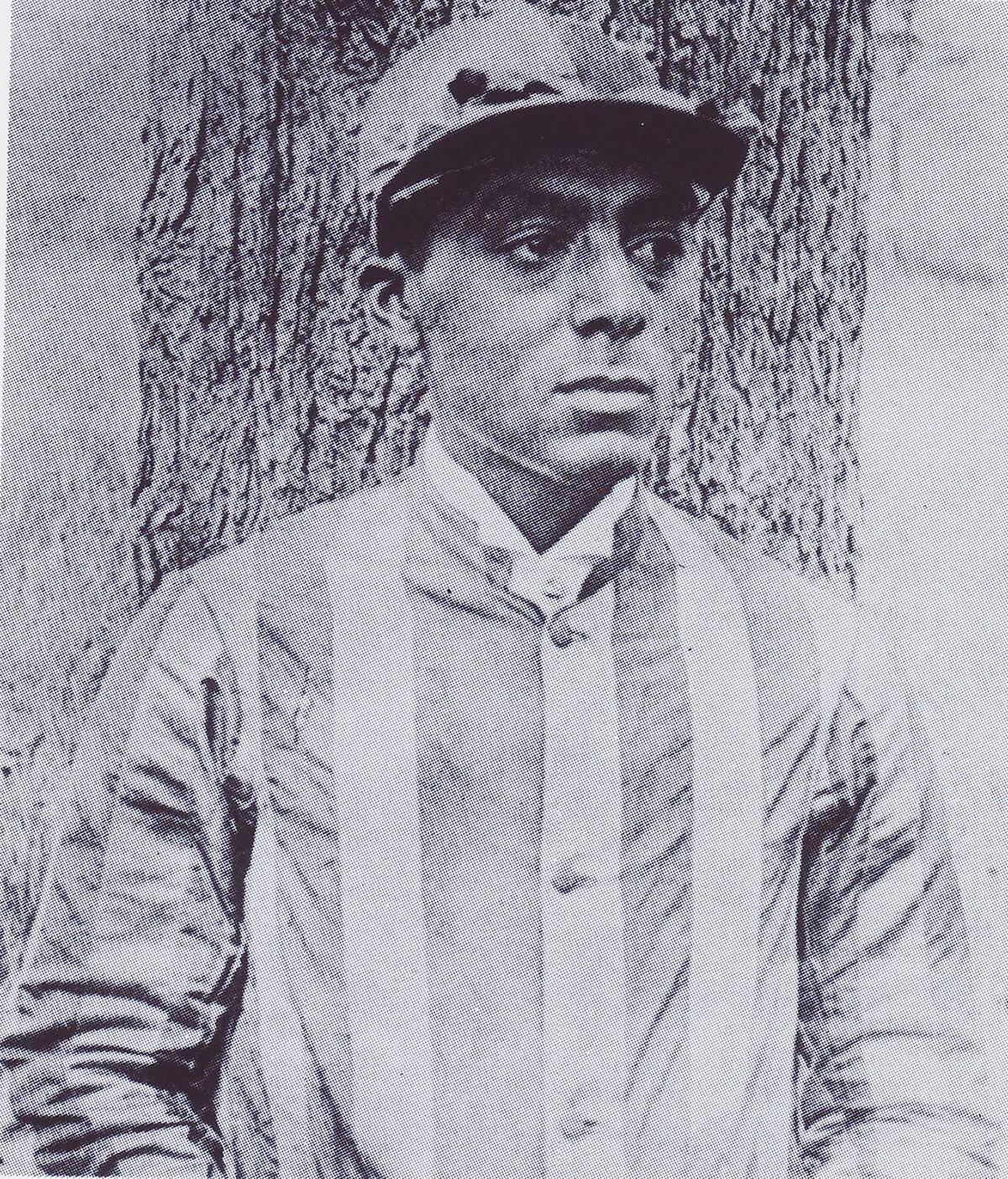 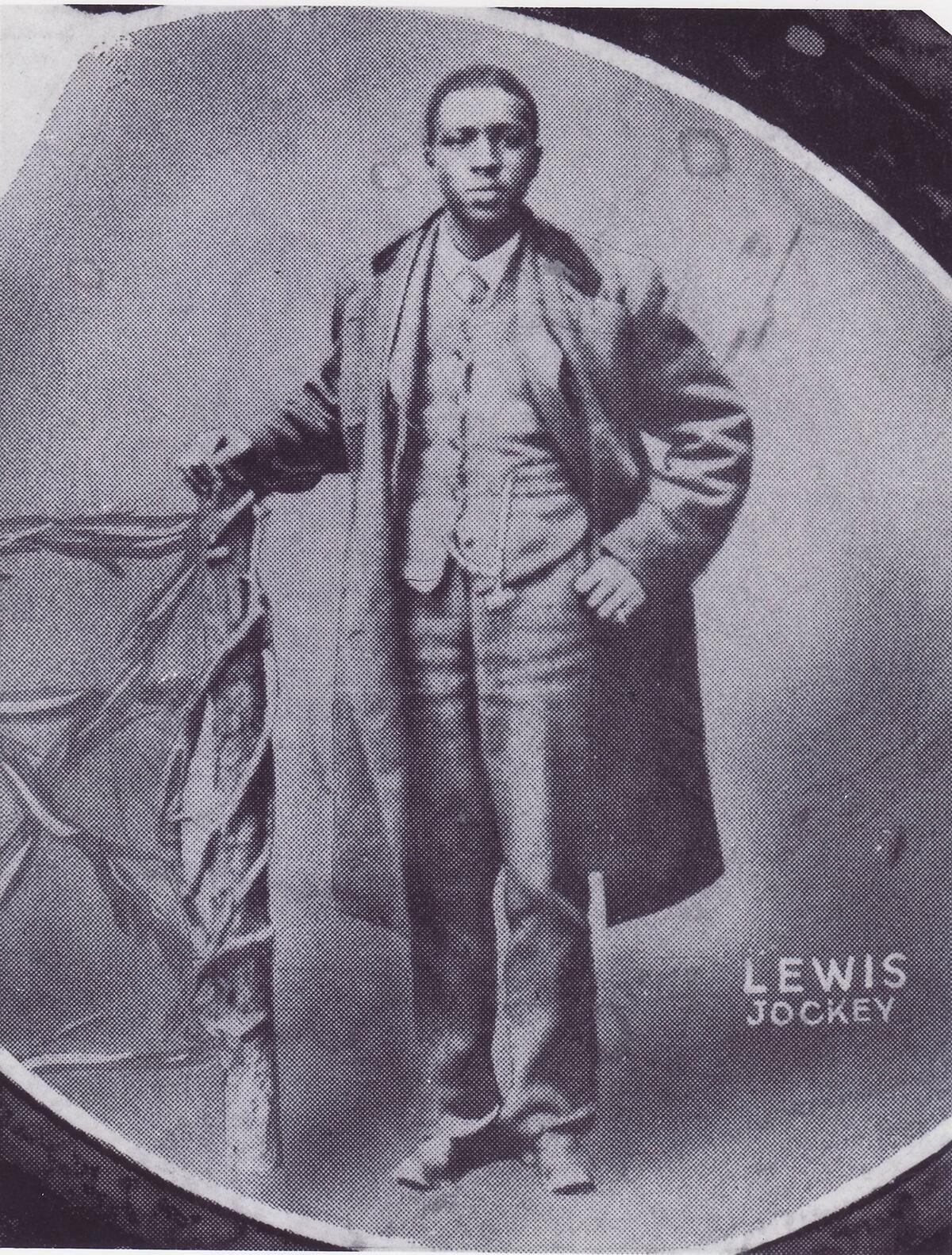 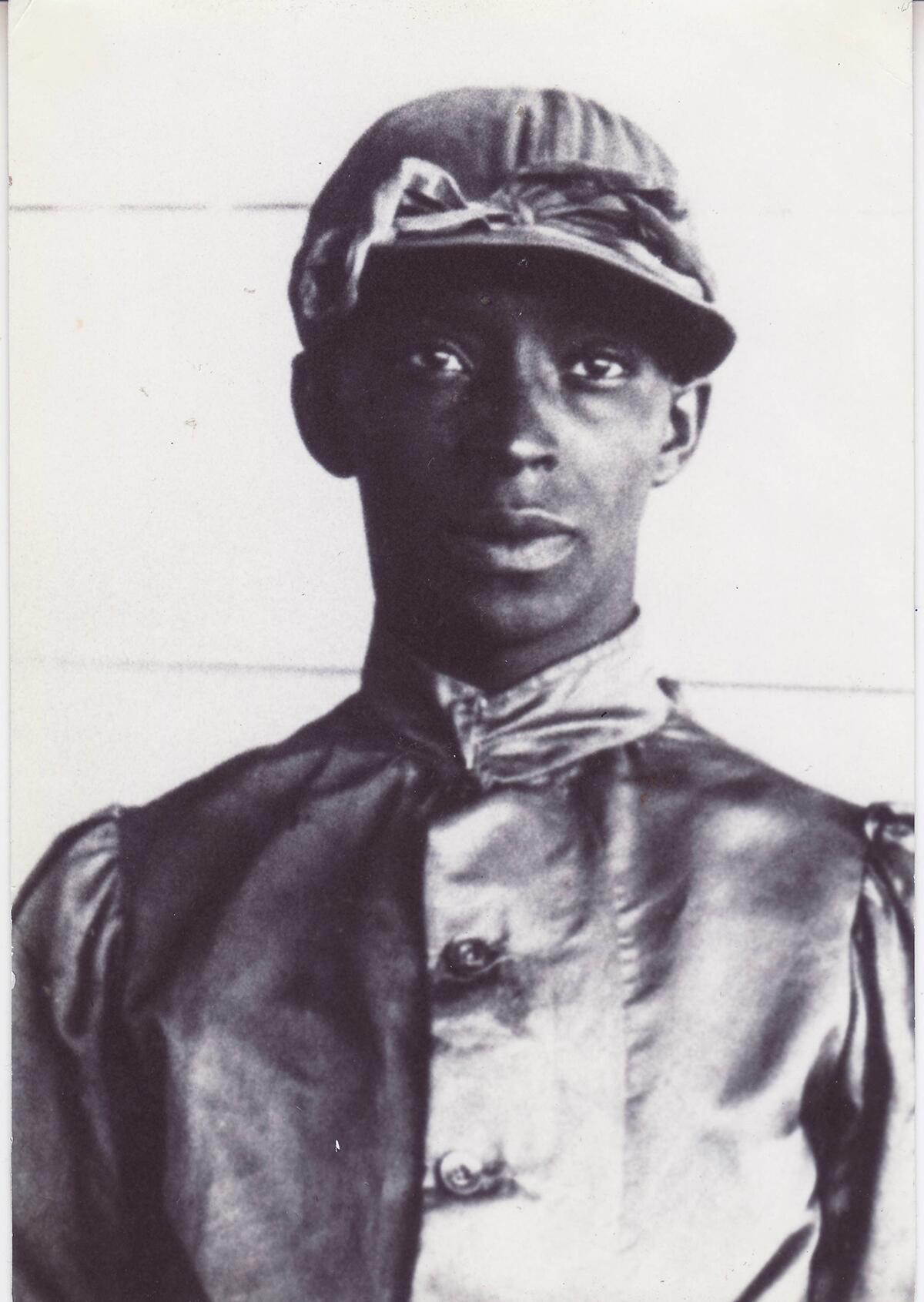 “I had no idea what I would see when I got up there, but the artwork took my breath away,” Bains said.

That event inspired Bains to transform her existing restaurant, Encore on 4th, into Black Jockeys Lounge. She changed the restaurant from a casual to a fine-dining experience–creating a new menu, adding signature cocktails named after the original jockeys, hanging PPAATH artwork, painting murals, and hiring a customer experience manager to explain the history of the art pieces that diners were sitting next to.

“You are in this beautiful fine-dining atmosphere eating great food, sipping on cocktails and you also get a history lesson,” Bain said. “It is quite an experience.”

Bain and PPAATH are not the only ones shining a spotlight on the original jockeys. The Kentucky Derby Museum on the Churchill Down grounds recently expanded its Black Heritage in Racing Collection from a 50-square-foot exhibit on the second floor to a 930-square-foot exhibit at a prominent position near the museum’s entrance. 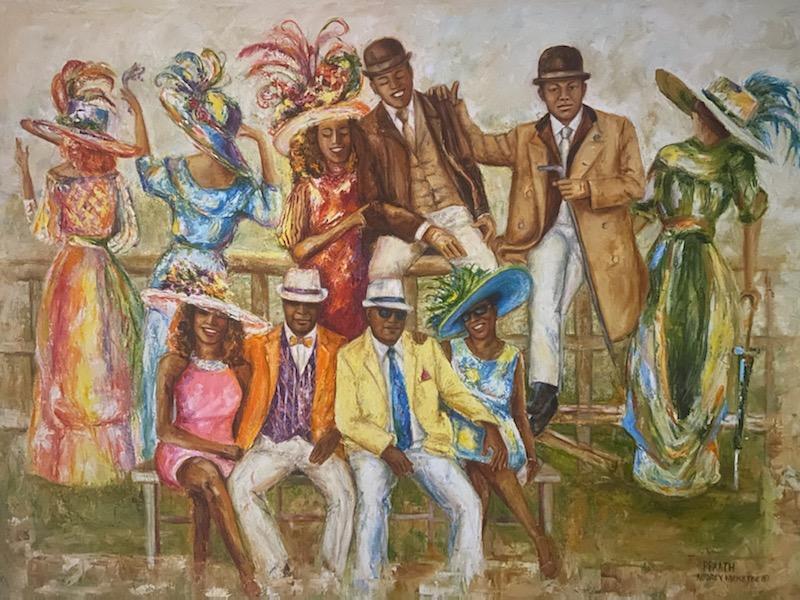 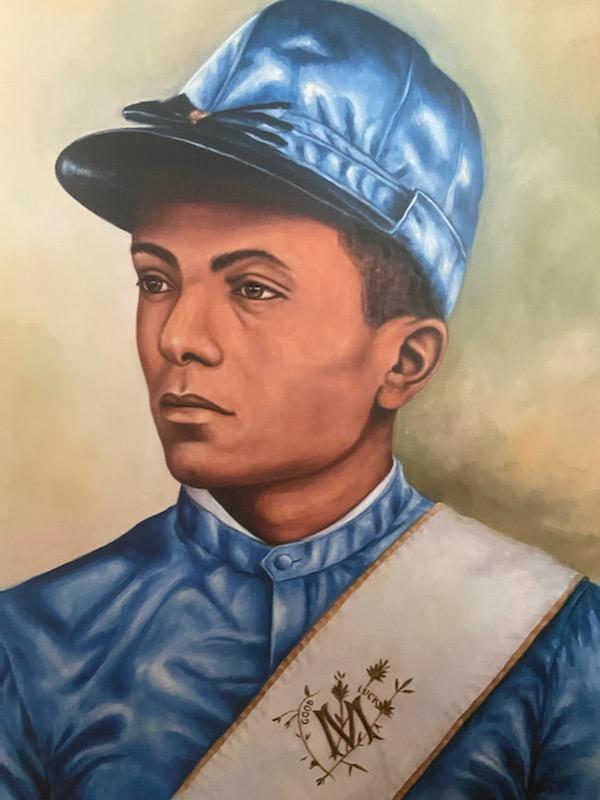 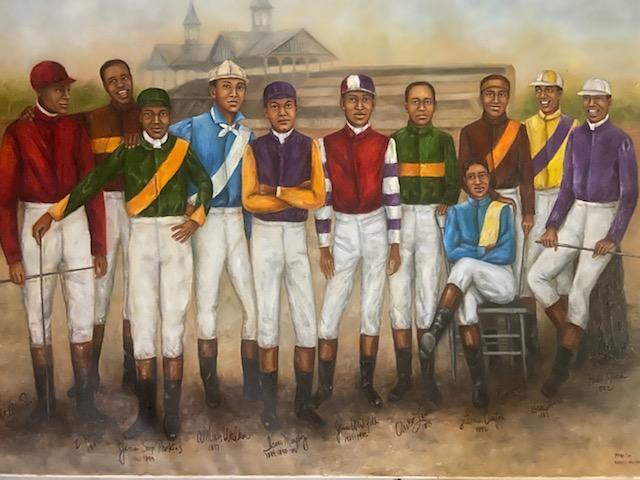 “The Derby is so well-loved in this city that it is important to know where it started and it started with Black horsemen,” said Rachel Collier Carr, Director of Communications with the Kentucky Derby Museum.

The museum also added weekly live-acting performances called Proud of My Calling. Every Saturday, actors play the roles of Black derby jockeys Isaac Murphy, Ansel Williamson, and Jim Winkfield in an immersive, theater-style production. Because there are not any oral history interviews, the reenactments give the actors a chance to bring these men’s stories to life.

The exhibition also displays artifacts, including the gravestone that marked Issac Murphy’s original grave. Murphy is considered to be the greatest jockey of all time. He rode in 11 Derbies and was the first jockey to win three Kentucky Derbies aboard Buchanan (1884), Riley (1890), and Kingman (1891). Murphy won about 44% of his races; modern jockeys win about 20% of their races. Despite his great success, he was buried in an unmarked grave in the African Cemetery No. 2 in Lexington, Kentucky.

Change is in the air. Along with Bain’s restaurant and the educational work PPAATH is doing, Churchill Downs is dedicating the Tuesday of Derby week to educating people about the Derby’s hidden figures. “Champions of Change” is a daylong event focusing on the horse racing contributions of African Americans. The organization also changed the name of one of its races to the “Issac Murphy Marathon” in honor of the Kentuckian.