Since the 1930s, celebrities have escaped to Sun Valley, Idaho. But how did this region earn such a star-studded reputation?

Sun Valley was the place to be in the 1930s and 40s, with Hollywood stars and other celebrities flocking to this winter wonderland for glitzy ski vacations. But how did a sleepy mining and sheep-ranching town in central Idaho—basically the middle of nowhere—become the ultimate cold-weather destination for the rich and famous?

It happened almost overnight, thanks to a dream of building a European-style ski resort in America and a super-sophisticated advertising campaign.

As the first destination ski town in the United States, Sun Valley made skiing a popular, glamorous vacation pastime and inspired the slew of postcard-worthy ski towns we love to visit across the country today. Here’s how it happened.

INSIDER TIPNot a fan of downhill skiing or snowboarding? No problem. You don’t have to go fast to enjoy the scenery in Central Idaho. The Sun Valley region has nearly 125 miles of groomed trails for cross-country and skate skiing.

From Sheep to Celebrities

Before all the glitterati, there were sheep—lots of them.

Ketchum became a thriving mining town in the 1880s, when miners discovered silver, lead, and other metals here during the Gold Rush. Later, when the mining buzz died down, sheep became the valley’s main economic driver (in the 1890s, there were more sheep than humans here!). Sheep also meant regular rail service to and from Ketchum.

Meanwhile, on the East Coast, the head of the Union Pacific Railroad was scheming of a way to increase passenger train travel. The railroad’s chairman, Averell Harriman, decided to fund the construction of a destination ski resort, like the popular spots he saw while traveling in Europe. 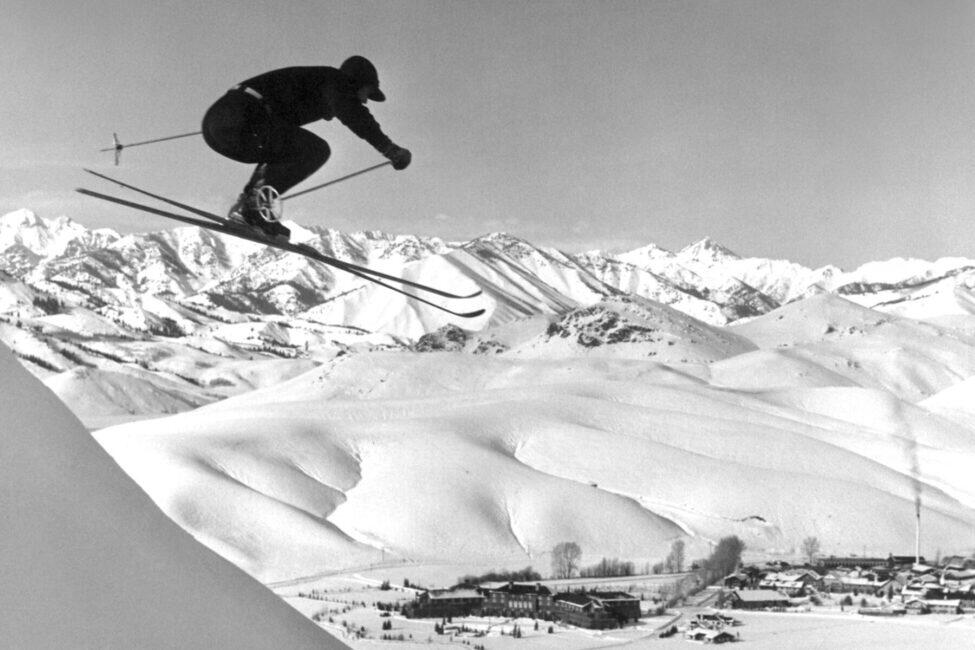 “Before Sun Valley, skiing was mainly done on the East Coast and there were only day lodges or minimal infrastructure,” says Kelli Lusk, a spokeswoman for Sun Valley Resort.

Frustrated, he had almost given up his search when he stumbled upon Ketchum and fell in love with the region. Less than a year later in 1936, the Sun Valley Resort opened for business.

“Among the many attractive spots I have visited, this combines the more delightful features of any place I have seen in the United States, Switzerland, or Austria for a winter ski resort,” the count reportedly wired back to Harriman.

The Union Pacific Railroad spent $1.5 million and just seven months building the resort. But the company’s leaders gave careful consideration to the design, architecture, and decor of the property, hiring well-known architects and socialites to design the ski area.

The railroad also hired savvy publicist Steve Hannigan, best known at the time for successfully promoting Miami Beach. Hannigan gave the resort its name and developed an effective plan for promoting the resort to wealthy, well-connected, and famous guests.

Wisely, Hannigan advocated for the construction of outdoor swimming pools at the resort “so people won’t think skiing is too cold,” he said, according to Ketchum’s regional history museum. He designed the circular pools himself, hoping that their unique shape would encourage people to take photos. Another draw? The ski school instructors, who were primarily young Austrian men who mixed and mingled with guests at the resort (there were lots of flings and even some marriages!). 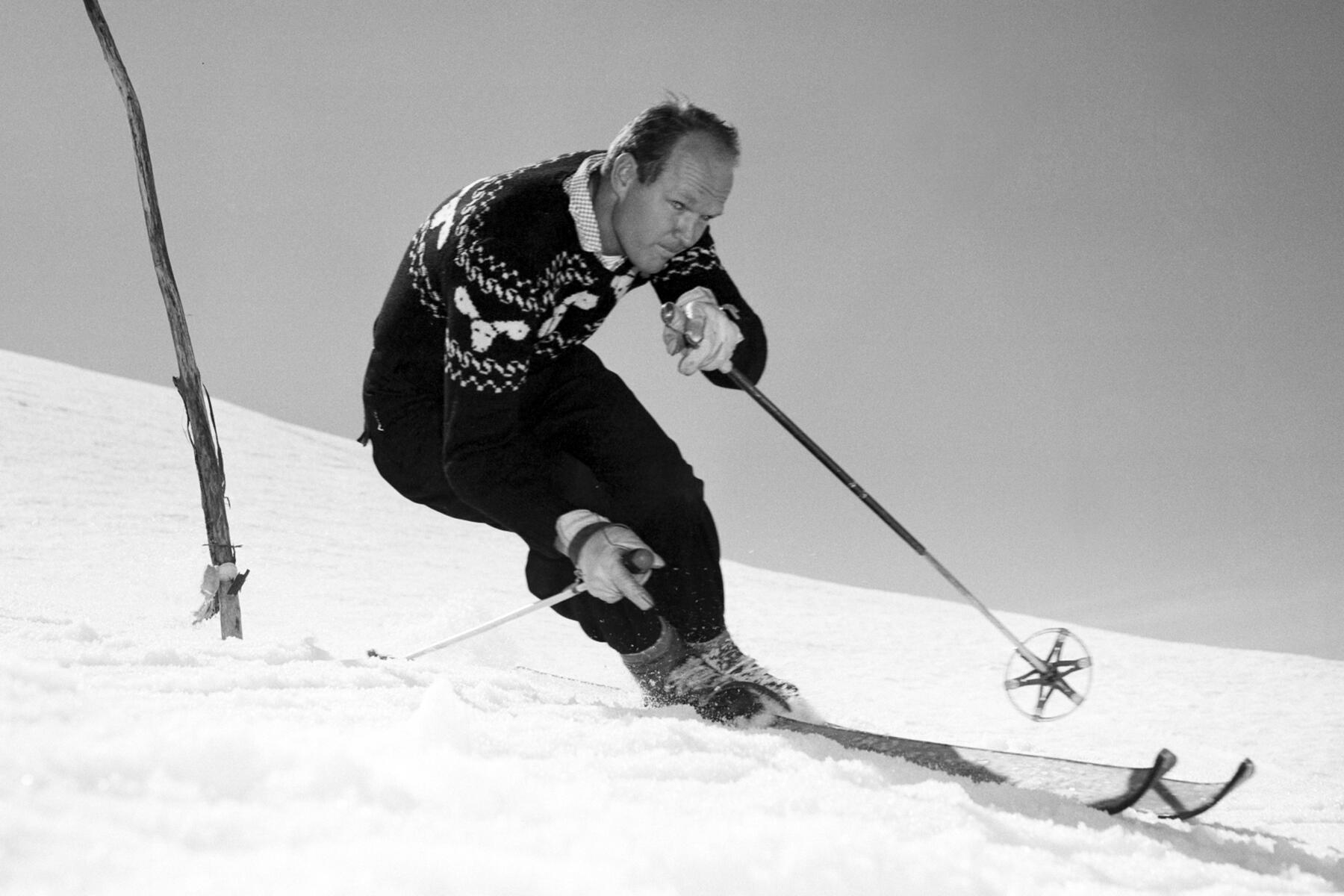 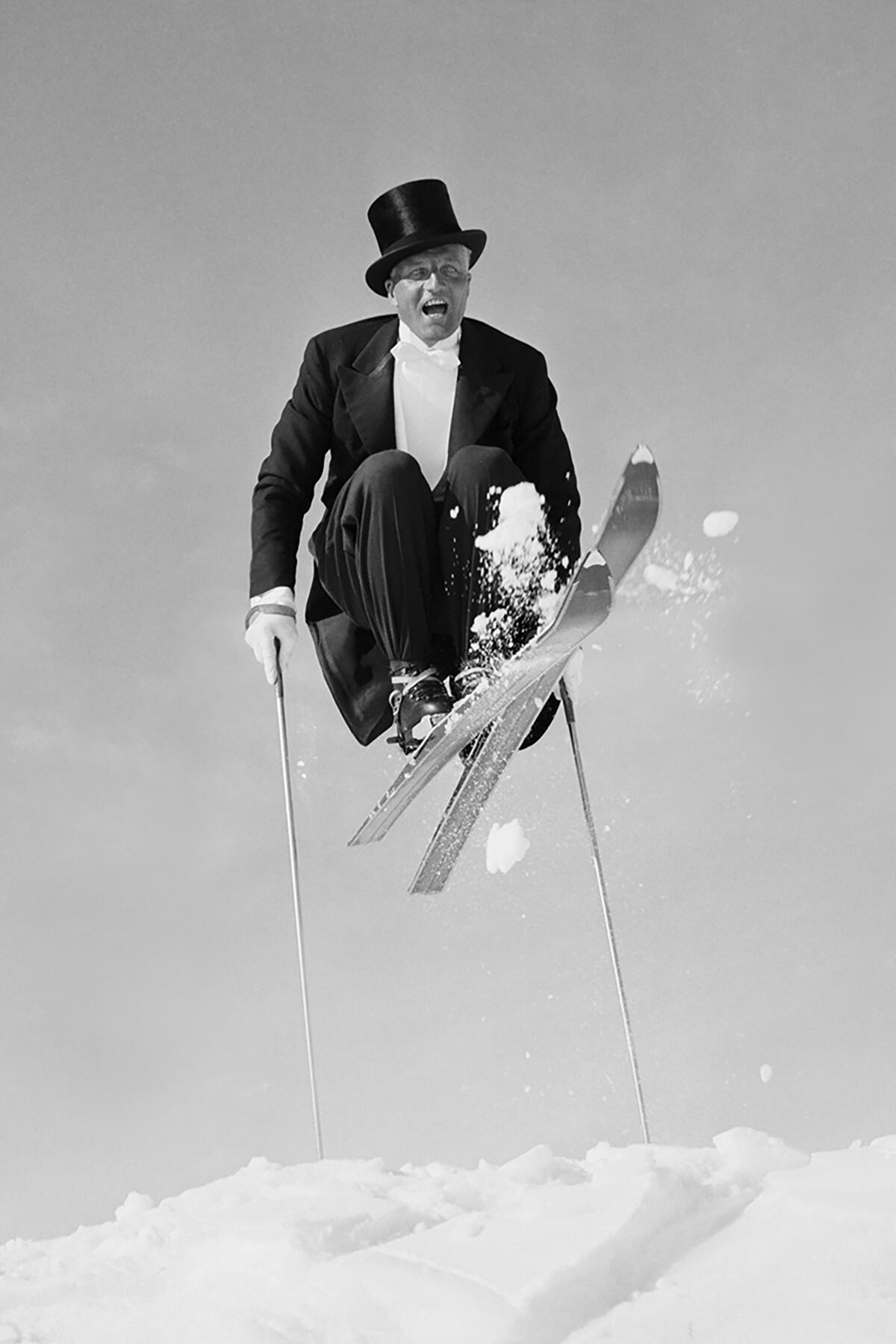 Hemingway, for one, fell in love with the valley almost as soon as he arrived, thanks to a complimentary stay offered by the ski resort. In 1959, after many return trips, Hemingway bought a house on the Big Wood River and made Ketchum his home. His love of the region extended well beyond the slopes. Hemingway, who finished “For Whom the Bell Tolls” in Sun Valley, liked that he was relatively anonymous in Ketchum and that people treated him like a regular person, not a celebrity. He also loved the lack of humidity and the landscape, where he spent many of his non-writing hours bird hunting.

Thanks to the parade of Hollywood stars and Hannigan’s slick publicity strategy, the resort appeared on magazine covers and in movies.

Another reason the resort made headlines? It had the first three chairlifts in the world. At the time, some ski resorts were outfitted with tow ropes and J bars, but more often than not, skiers simply had to hike their way to the top of the mountain in order to ski down. But Hannigan wanted to remove yet another barrier to the resort’s success, so he asked Union Pacific engineers to invent something new. Funny enough, the first chairlift was modeled after a conveyor belt that moved bananas.

Today, you can see historic photographs of celebrities on the slopes while sipping a cocktail at the Duchin Lounge inside the famed Sun Valley Lodge (and you just might bump into a modern-day celebrity during your trip—Arnold Schwarzenegger, Tom Hanks, and Clint Eastwood have been known to hang out in Sun Valley). 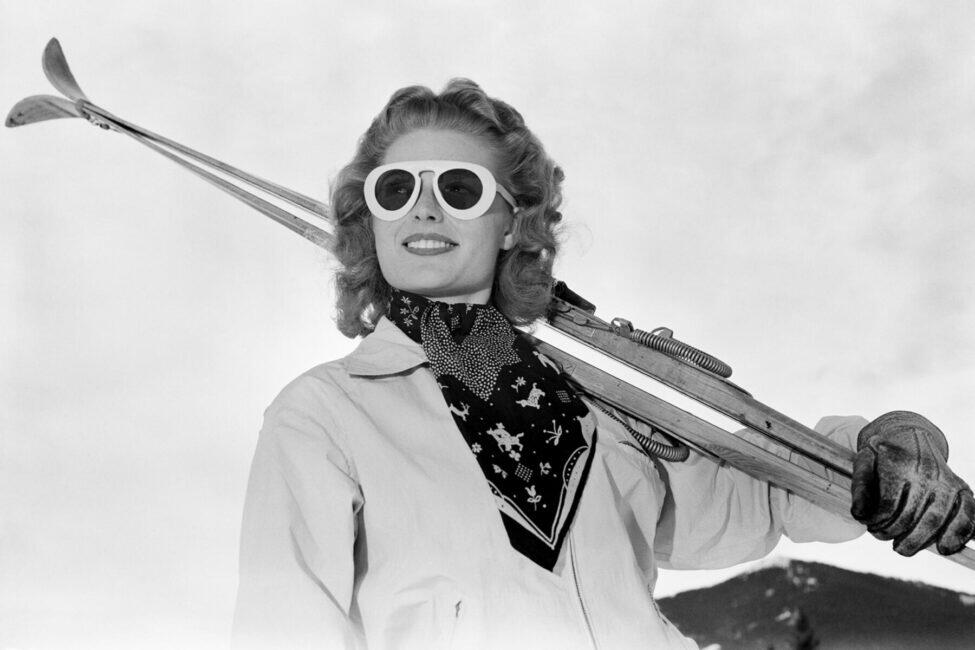 Since its construction in 1936, the historic lodge has been renovated to include much larger guest rooms, a 20,000-square-foot spa, a fitness center, a yoga studio, and updated restaurants, lobbies and lounges. Of course, the ski resort has made other updates over its 80-year history. Crews are in the process of replacing the resort’s oldest chairlift and adding 380 new acres of skiable terrain.

Ketchum is also being rejuvenated by new hotels, trendy restaurants, and a fresh crop of skiers and snowboarders, many who will be visiting Sun Valley for the first time thanks to the ski resort joining the popular Epic Pass this year. The area remains a popular outdoor recreation spot in the summer, too, with top-notch fly-fishing, hiking, cycling, and other activities.

Case in point: Ketchum got its first new hotel in nearly 20 years when the new Limelight Hotel opened three years ago. The modern hotel, located right downtown, is like a breath of fresh air for visitors to storied Ketchum.

“Sun Valley is an iconic ski destination that has an amazing history that has helped to define what skiing is,” says Richard Stettner, managing director for Limelight Hotels, part of Aspen Skiing Company. “We felt Ketchum was a very special place from the first time we visited. It is a small, unique town full of character.”