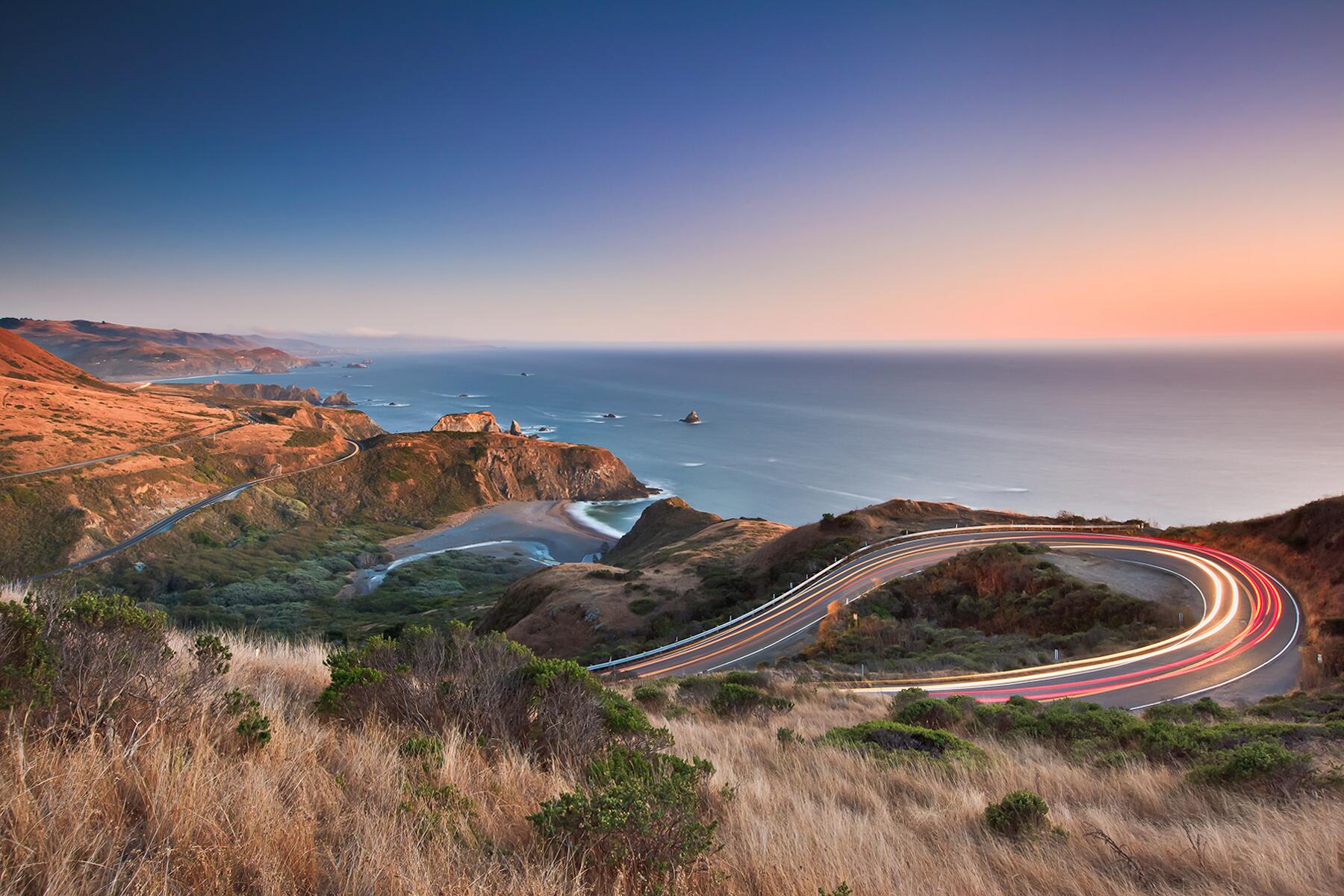 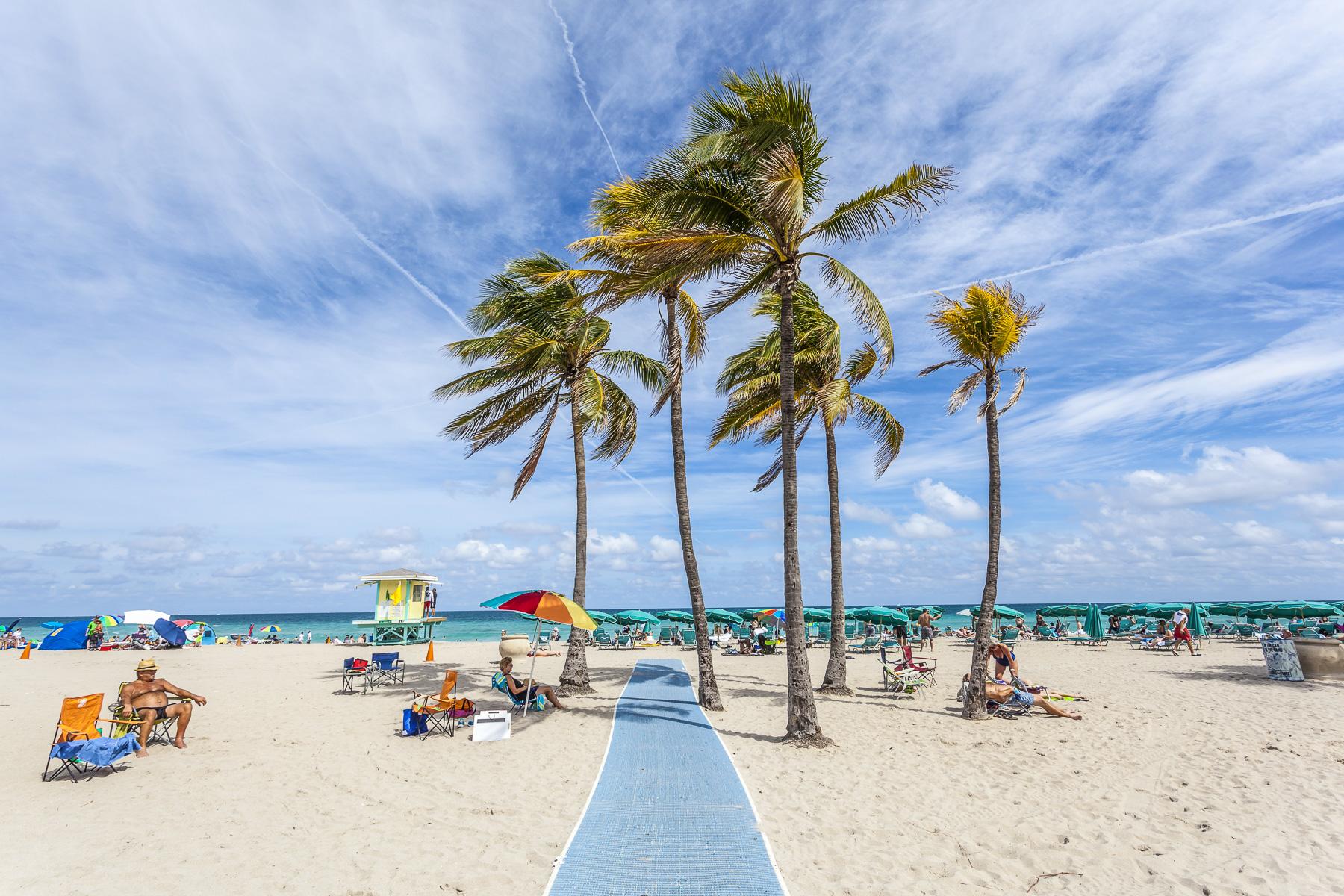 News Rosie Bell 11 Warm Places to Travel Without a Passport 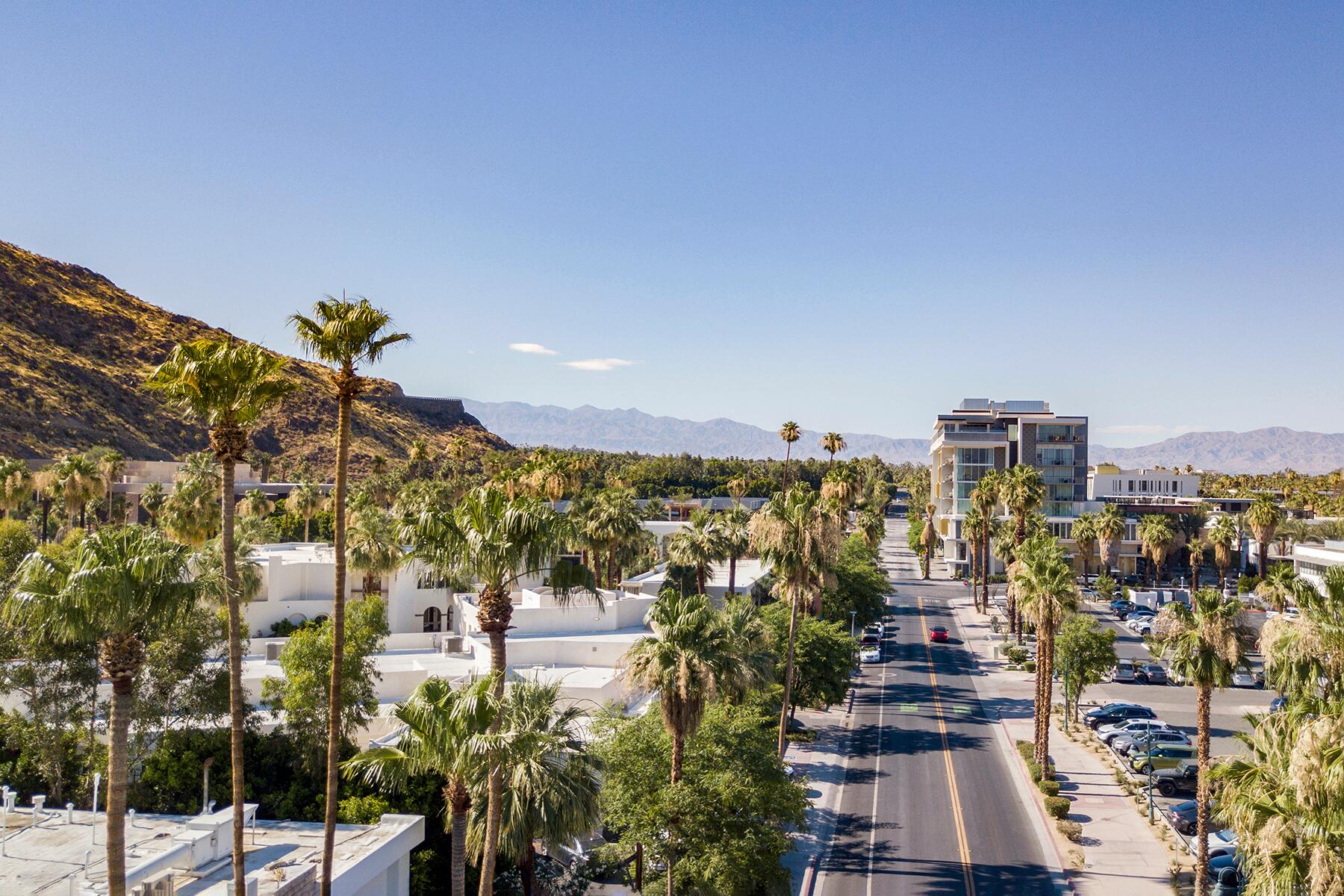 The city responded to the age of coronavirus with its signature originality.

San Francisco has long prided itself on its uniqueness. During the 1960s and the Summer of Love, young people flocked for the counterculture, and wide-eyed tourists gaped at flower-wearing hippies and puzzled at the concept of free love. In the 1950s, Beat poets like Jack Kerouac hung out in North Beach. In recent years, Google, Facebook, Twitter, Apple, Uber, Lyft, and Doordash, all born in the city or nearby Silicon Valley, became staples of many people’s daily routines.

From the Gold Rush to tech, people from all over the world arrived dreaming of riches and opportunity, even before the city incorporated in 1850. Even Oscar Wilde weighed in: “It is an odd thing, but everyone who disappears is said to be seen at San Francisco.”

Its latest distinction is more somber: the lowest death rate from COVID-19 of any major city in the U.S., as well as the lowest number of cases ending in death. Its cumulative death rate is 36 per 100,000 people, compared to 219.3 for New York City and 162.7 for Los Angeles. Its case fatality rate was just over 1%, in contrast to the Big Apple’s 4.45%. The COVID death rate in San Francisco, a city and county of over 880,000 people, is currently a seven-day average of 4.54 deaths per 100,000, according to the U.S. Centers for Disease Control and Prevention COVID-19 Tracker.

The first city in the country to announce a stay-at-home order, back in March, San Francisco ordered all non-essential businesses closed. Masks were (and still are) everywhere. In this public transit-first city where many don’t own cars, buses sport “Mask Required” signs, their drivers refuse service to the un-masked, and the beloved-by-tourists cable cars plus all streetcars shut down.

News Rosie Bell 11 Warm Places to Travel Without a Passport

“I couldn’t be more proud to call it home than during these trying times. And I can’t wait to share it again with visitors.”

The city responded with its trademark originality. Murals of flowers, landscapes, and political themes bloomed on closed-down storefronts, whose owners applied for free artwork from Paint the Void. Artisans designed creative face masks by the bushel. Teddy bears appeared in many house windows, to cheer up walkers, especially children home from school. Porch concerts delighted passersby, in districts from Noe Valley to Bernal Heights. Many restaurants completely shifted to takeout, delivery, and casual-style, even if they never did it before, even gourmet establishments. 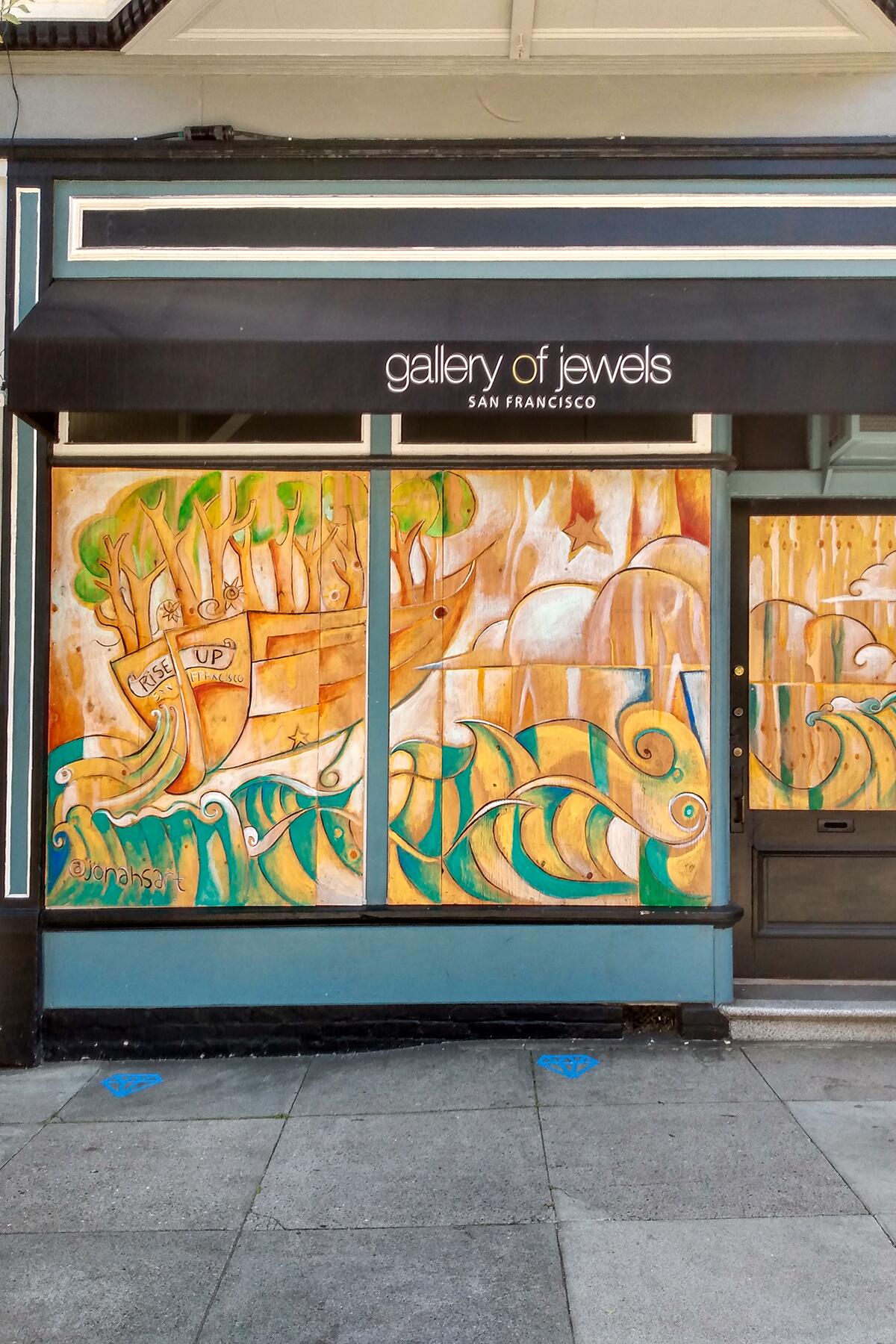 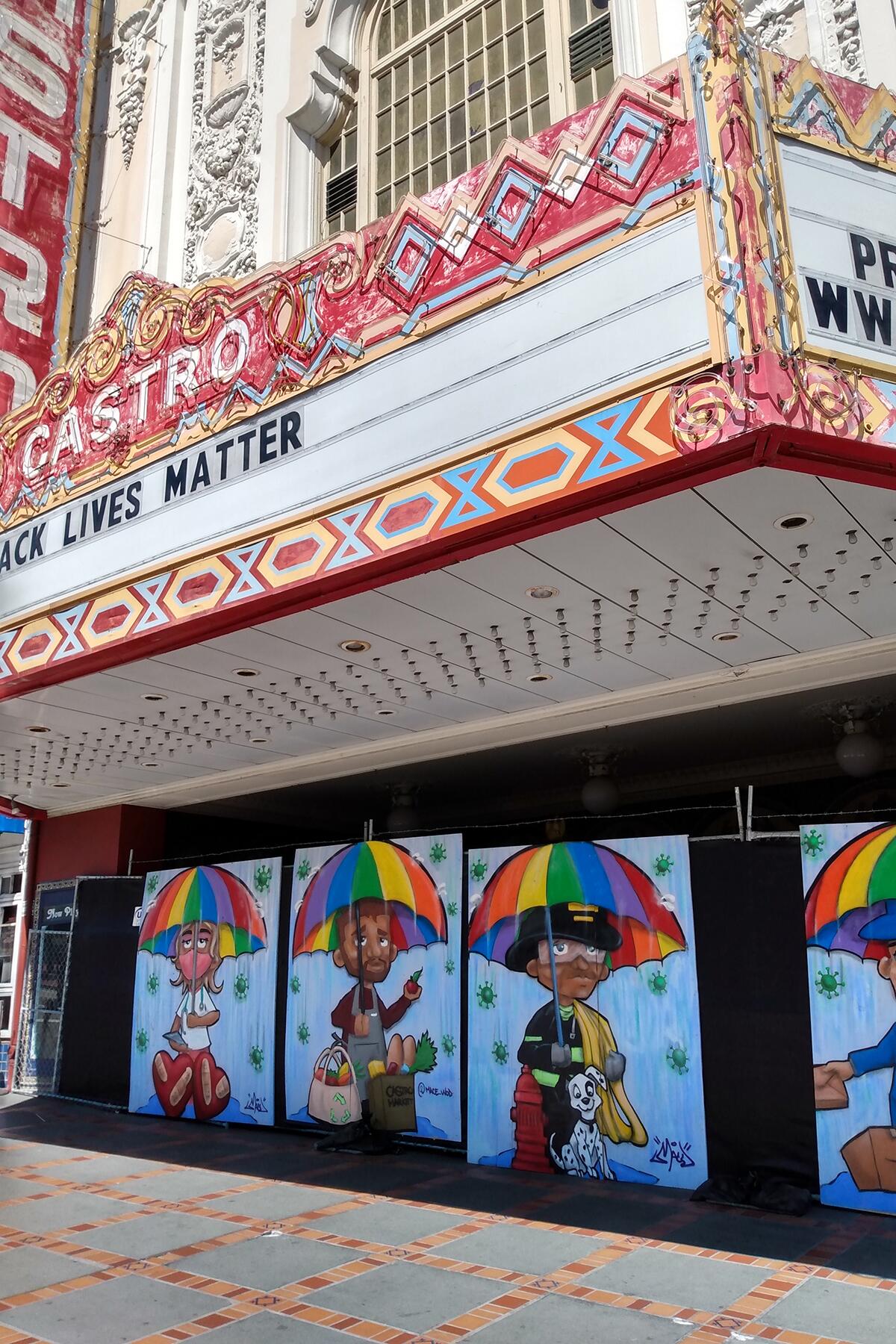 1. Business owners could apply for free artwork from Paint the VoidSharon McDonnell

During a brief blissful time months ago when outdoor dining was allowed, many eateries and bars (who were required to serve food) added tables and chairs outside and built “parklets” in street parking spots, some strikingly designed. Some San Francisco streets blossomed with so many parklets, like Valencia in the Mission District and streets in the Castro, they resembled European cities in summer. For a few weeks in September, indoor dining was even permitted, capped at 25% of capacity. It didn’t last. Shutdowns soon resumed.

But many rose to the challenge. Lazy Bear, a Michelin two-star restaurant in the Mission, was known for its dinner party style: Guests first socialized for cocktails, then dined at communal tables upstairs on exquisite tasting menus–chatting with strangers was encouraged–and the chef came out to discuss each course. Its COVID-pivot: Takeout sandwiches and elaborate dinner kits for pickup.

“It gave us a pass to do stuff that’s more rustic and with a sense of humor, which was always a part of our personality,” says chef and owner David Barzelay, whose menu now features pork belly pastrami, Wagyu beef burgers, and lobster rolls. One dinner kit was a six-course shellfish extravaganza: Lobster thermidor with chanterelles and a Dungeness crab, shrimp, and trout roe salad. Caviar with seaweed dumplings was another.

His flexibility may have stemmed from Lazy Bear’s humble beginnings as an underground supper club in his apartment in 2009, which grew into a pop-up in various locations before it opened as a brick-and-mortar in 2014, but he nixes the idea. “It’s less about our origin, more about not taking ourselves too seriously. You’re the hosts at a dinner party, not servants at a dinner party, I always told my staff.”  Playfulness is inherent even in its name, an anagram for Barzelay. 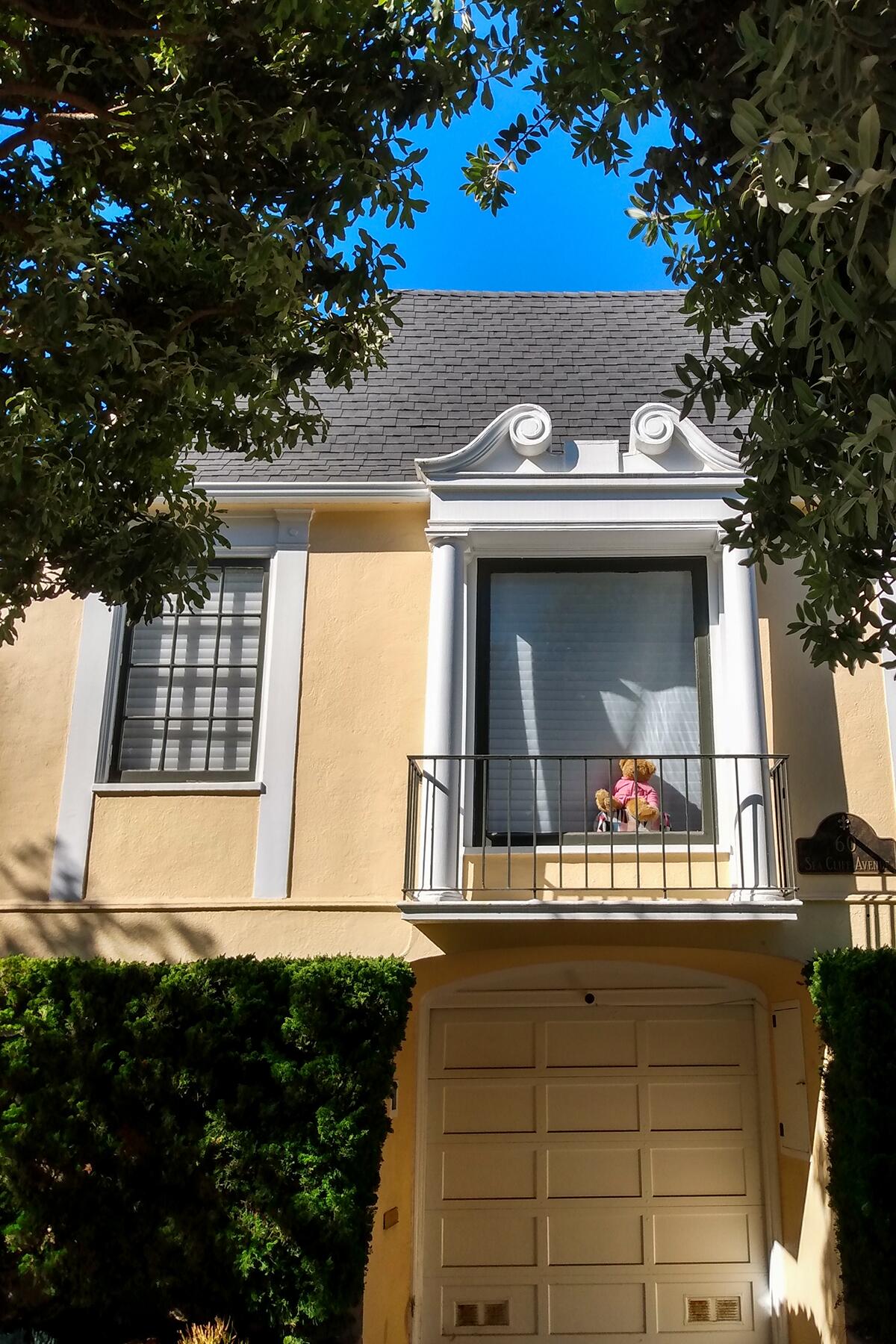 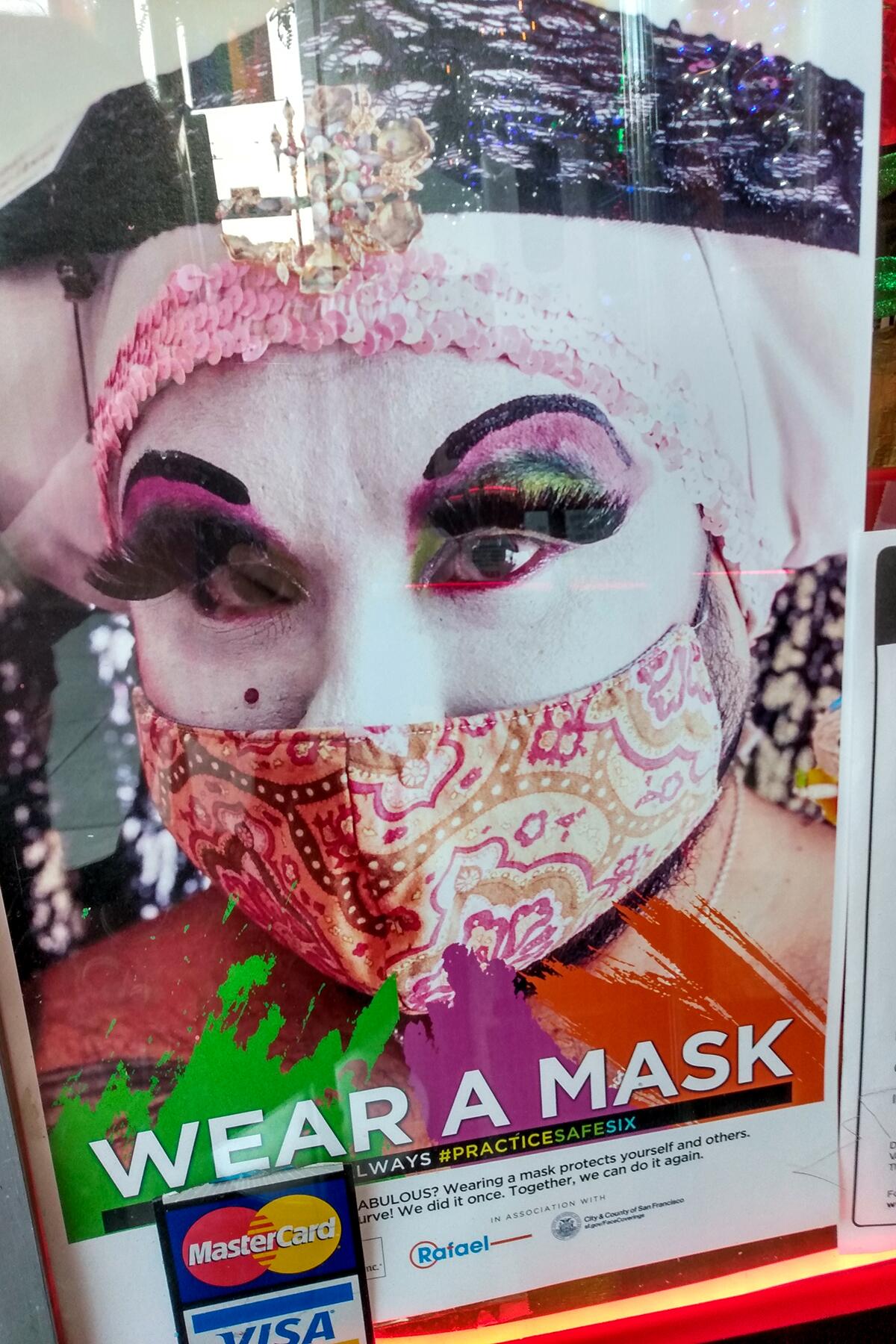 A shocking number of restaurants opened here during COVID-19. Komaaj (Persian cuisine, after five years of pop-ups), Herbal (Burmese), Above Ground (a vegan gastropub), Dumpling Home (Chinese), and Marlena (a fine-dining twist on comfort food) are just a few. Many laid-off chefs created pop-ups or meal kits, promoting them on Instagram.

Others closed. The Cliff House, a landmark perched on a precipice right next to the Pacific Ocean with jaw-dropping views, opened in 1866, survived the 1906 earthquake, the Great Depression, and two fires that burned it down in 1887 and 1907, but not COVID-19. The last day for the once-ornate Victorian mansion (in vintage photos it towers above strollers in formal dress on the sandy beach below), which later morphed into a squat concrete structure, was December 31. Takeout was simply too money-losing, its operator for the past 47 years explained. A diner a block away that shared the same sublime views, Louis’ Restaurant, which opened in 1937, closed in July.

In this book-loving city, readers eagerly welcomed bookstore re-openings and virtual events. “Every day is a gift,” says Ingrid Nystrom, a manager at Books Inc., whose branch resumed its monthly foreign-set mysteries book club meetings in April on Zoom and curbside pickup in May.

On January 25, California, the nation’s most populous state, re-opened, after it lifted stay-at-home orders strictly tied to the number of intensive-care hospital beds in different regions. San Francisco cautiously re-opened three days later. The latest data continues to show a shocking contrast between this city and the rest of the state, especially Los Angeles, which has recently been described as the latest COVID epicenter.

The city’s gorgeous nature of hills and sea continues unabated, of course. “San Francisco’s dazzling beauty—its streets dancing up and down the hills, breathtaking views of the Bay and Golden Gate Bridge, rolling waves on Ocean Beach and fairy-tale-like trails in the Presidio—has never been as eye-popping as last year, when we had it more or less to ourselves,” says SF Travel spokeswoman Elisabeth Wieselthaler-Tolley. “I couldn’t be more proud to call it home than during these trying times. And I can’t wait to share it again with visitors.”