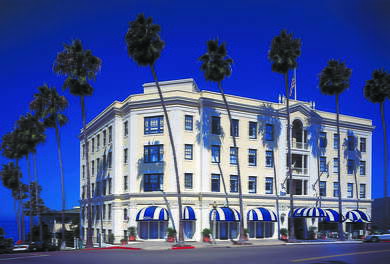 Hello, Pacific Ocean. Set in picturesque La Jolla -- pronounced “la hoya” -- the Grande Colonial has sensational ocean views and a storied past. Just a couple of blocks from La Jolla Cove, the five-story concrete hotel is the coastal village’s oldest original hotel, built in 1913. In the 1950s, it housed movie stars such as Gregory Peck, Charlton Heston, and Groucho Marx, who were performing at the nearby La Jolla Playhouse. Guests still get the star treatment at the historic hotel, which has bright rooms and a tranquil garden and pool.

YOU SHOULD KNOW Valet parking is $30 per night, though you can often find free street parking.

Light-flooded rooms feature a serene color palette of soft blue, sea green, and cheery marigold, with transitional decor that complements the hotel’s historic setting, such as striped drapes and headboards and modern brocade bedding and accessories. The ground-floor garden rooms, which boast hardwood floors, are a perfectly pleasant option, but the upper-floor ocean-view rooms are worth the splurge -- and if you can swing a suite, even better.

Bring a nightlight. The Grande Colonial is rumored to be haunted. 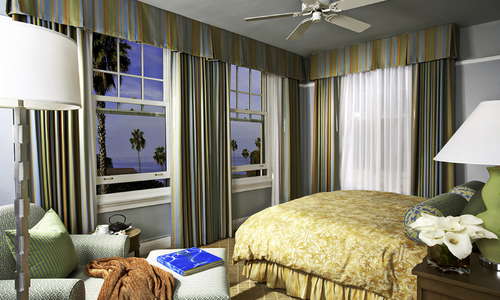 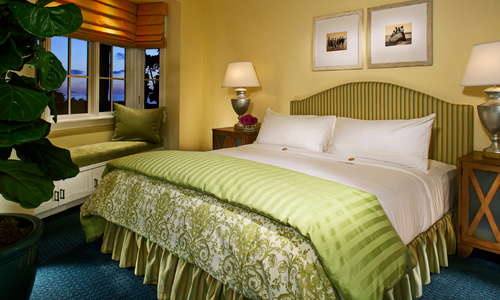 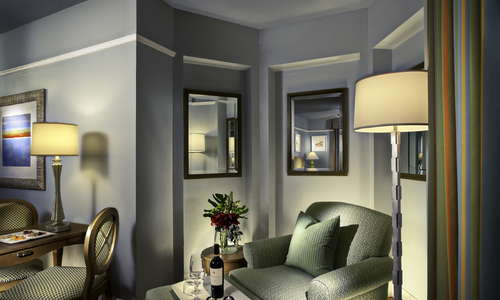 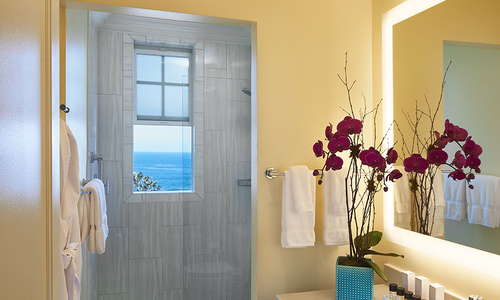 Call it classic maximalism. The hotel’s refined lobby goes for traditional European style with a contemporary sensibility, with stately Georgian arches, elaborately painted crown and ceiling moldings, patterned wallpaper, and comfortable seating in cream, midnight blue, and gold. In addition to a dreamy oil painting of La Jolla Cove, artwork hangs throughout the hotel, including a gallery wall just off the lobby.

Safety first! When the Grande Colonial was renovated in the late 1920s, it installed the first sprinkler system west of the Mississippi. The hotel’s solid concrete stairwells are still in use today. Check out one of the building’s original fire doors just off the lobby. 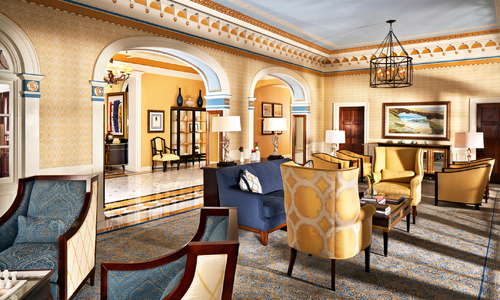 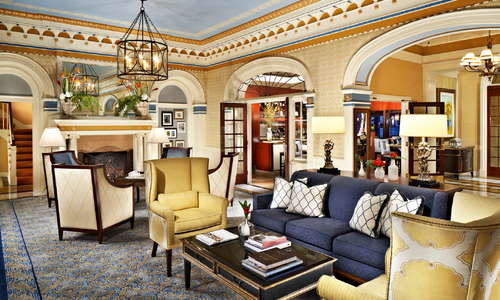 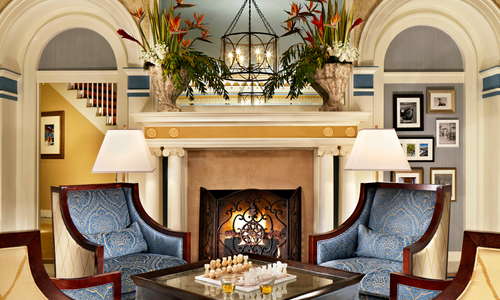 A brick pool area features an oval pool, ample seating, and a privacy border of hedges. 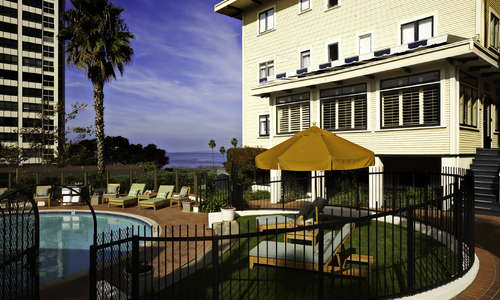 Guests receive a complimentary daily pass (a $25 value) to the nearby La Jolla Sports Club.

The hotel is home to Nine-Ten Restaurant and Bar, a sophisticated space serving California cuisine with an emphasis on farm-to-table ingredients. Nine-Ten’s special prix-fixe menus include pairings from the restaurant’s extensive Wine Spectator cellar. Outdoor seating features a patio and a terrace with a sliver of an ocean view. 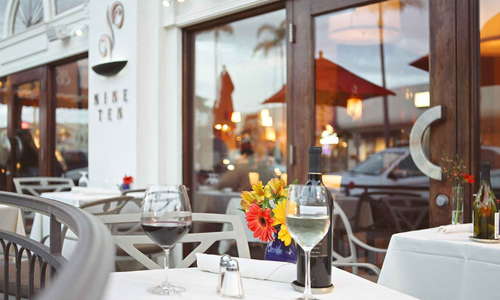 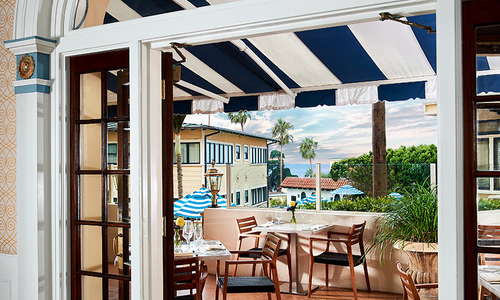 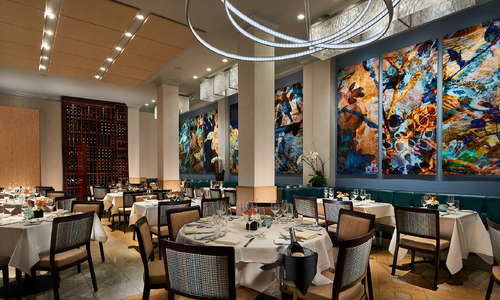 The bar at Nine-Ten has an elegant marble-topped bar and a happy hour from 3:30 to 6:30 p.m. that’s been known to attract local movers and shakers. 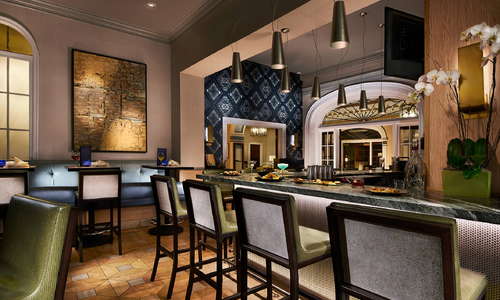 From La Jolla Village, it’s a couple of miles to Interstate 5 (known to locals as “The 5”), the main north-south freeway in San Diego. Torrey Pines Road connects La Jolla Village to I-5 via a parkway; traffic usually moves along at a good clip but can get really backed up during rush hour. Southbound I-5 goes to the Downtown core while northbound follows the coast. Other highways and roads connect east and west. Torrey Pines Road also continues on to UCSD toward the Torrey Pines Natural State Reserve and Del Mar. The road becomes Camino del Mar and after Del Mar turns into Pacific Coast Highway 101.

For a delicious breakfast, the Cottage La Jolla (4-minute walk) is a charmer of a spot that’s a favorite of locals -- always a good sign. The cozy eatery, which features an intimate dining room and a spacious patio with tables and umbrellas, serves dishes like lemon ricotta pancakes, wild mushroom omelets, and salmon hash bowls. Expect to wait in line on weekends. The Cottage also serves lunch and dinner. At El Pescador Fish Market (12-minute walk), the booths and family-style seating fill up fast. The casual and hugely popular seafood eatery, opened by a 19-year-old surfer in 1974, serves clam chowder, cioppino, seafood sandwiches, and char-grilled and sauteed seafood dishes. For a more sophisticated take on seafood, Herringbone La Jolla (5-minute walk) serves inventive dishes in a converted 1930s warehouse with sexy, bohemian decor, including an indoor dining garden with a half-dozen hundred-year-old olive trees.

La Jolla doesn’t have much of a nightlife scene, but there are a few worthy options. Locals and tourists alike hang out at The Spot (5-minute walk), a casual tavern with a fireplace that serves pub grub and drinks. It opened in 1915, making it the longest continuously running restaurant in La Jolla It’s a solid option for a happy hour drink or a late-night bite. George’s at the Cove has good (though overpriced) food, but really, it’s all about the epic ocean views, especially from the terrace. Level2 (5-minute walk), the restaurant’s cocktail bar, has a stylish California modern design and excellent craft cocktails -- the bar even published a concept cocktail menu and book. Hit it up during happy hour for your best shot for nabbing ocean-view seats -- happy hour runs weekdays from 3:30 to 6:30 pm and Friday and Saturday nights from 9 pm to midnight.

A couple of blocks from one of the most scenic stretches of coastline in the country -- so close you can taste the salty air -- the Grande Colonial offers comfort, convenience, and ocean views to write home about. Bright rooms, attractive decor, and a heated outdoor pool are also perks. 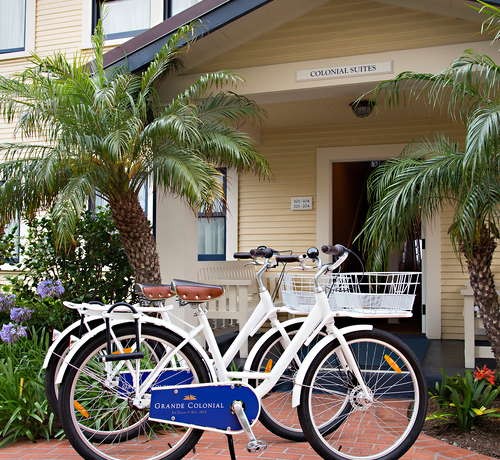 Thank you for your interest!
Look out for our newsletters with travel tips and special offers.
1/13 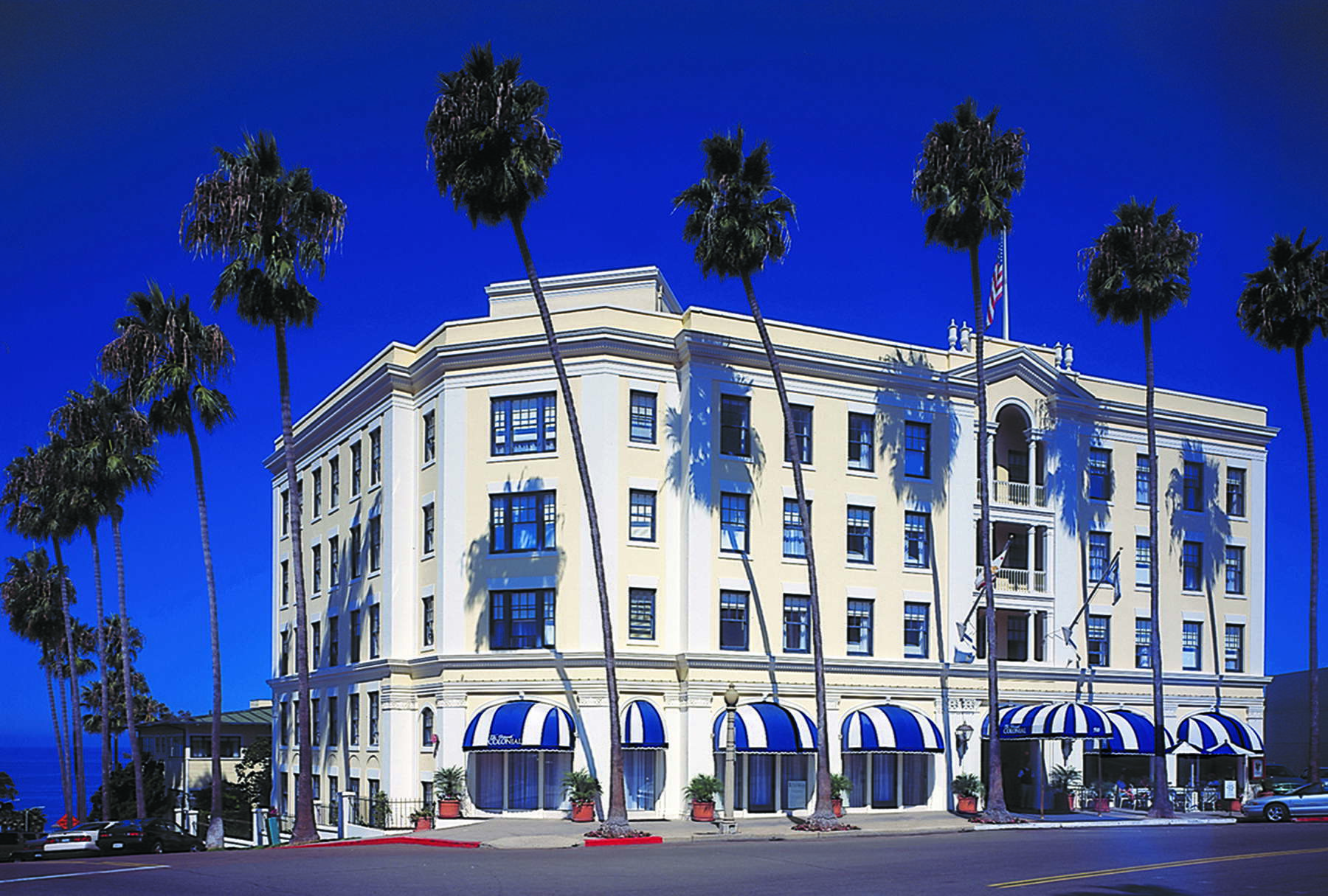 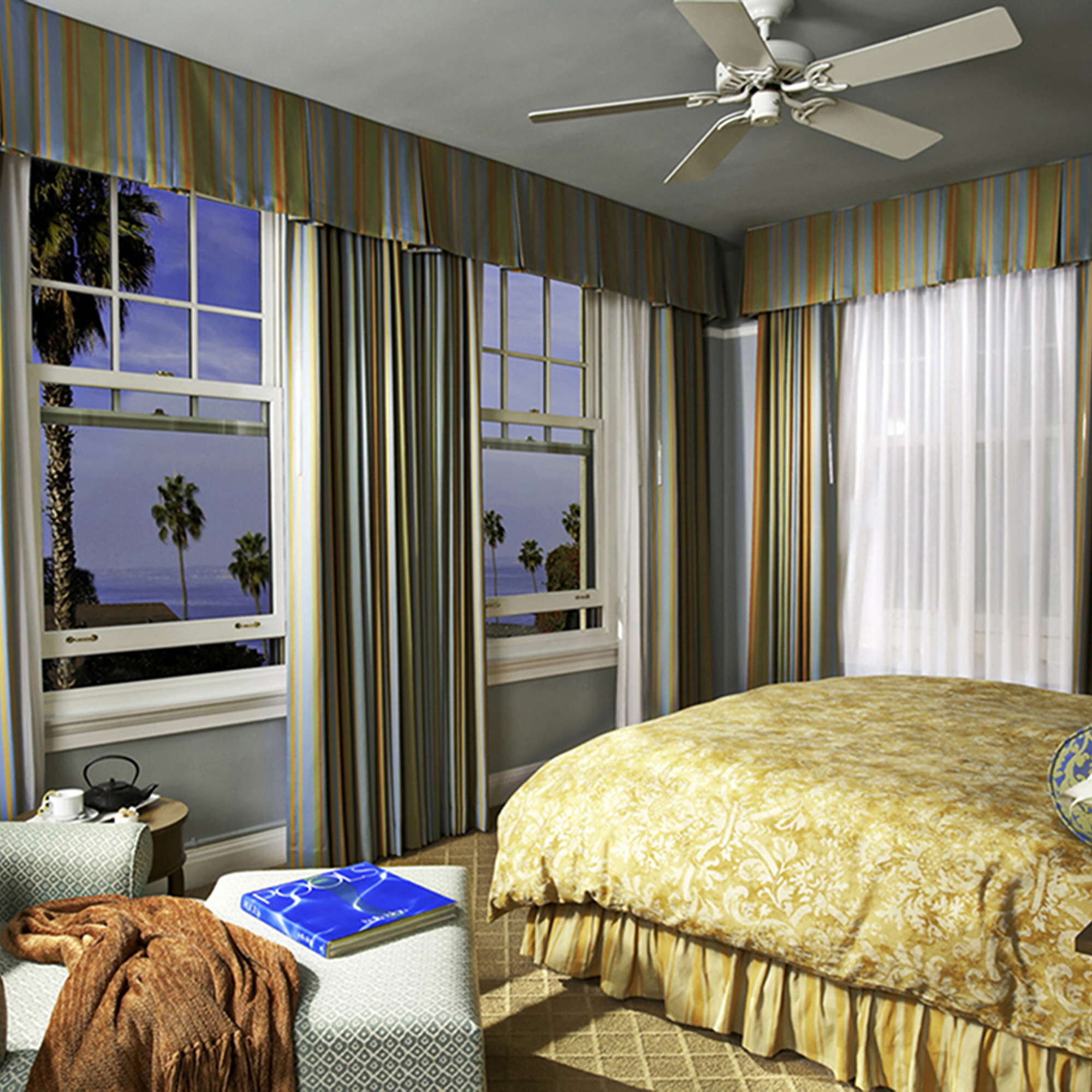 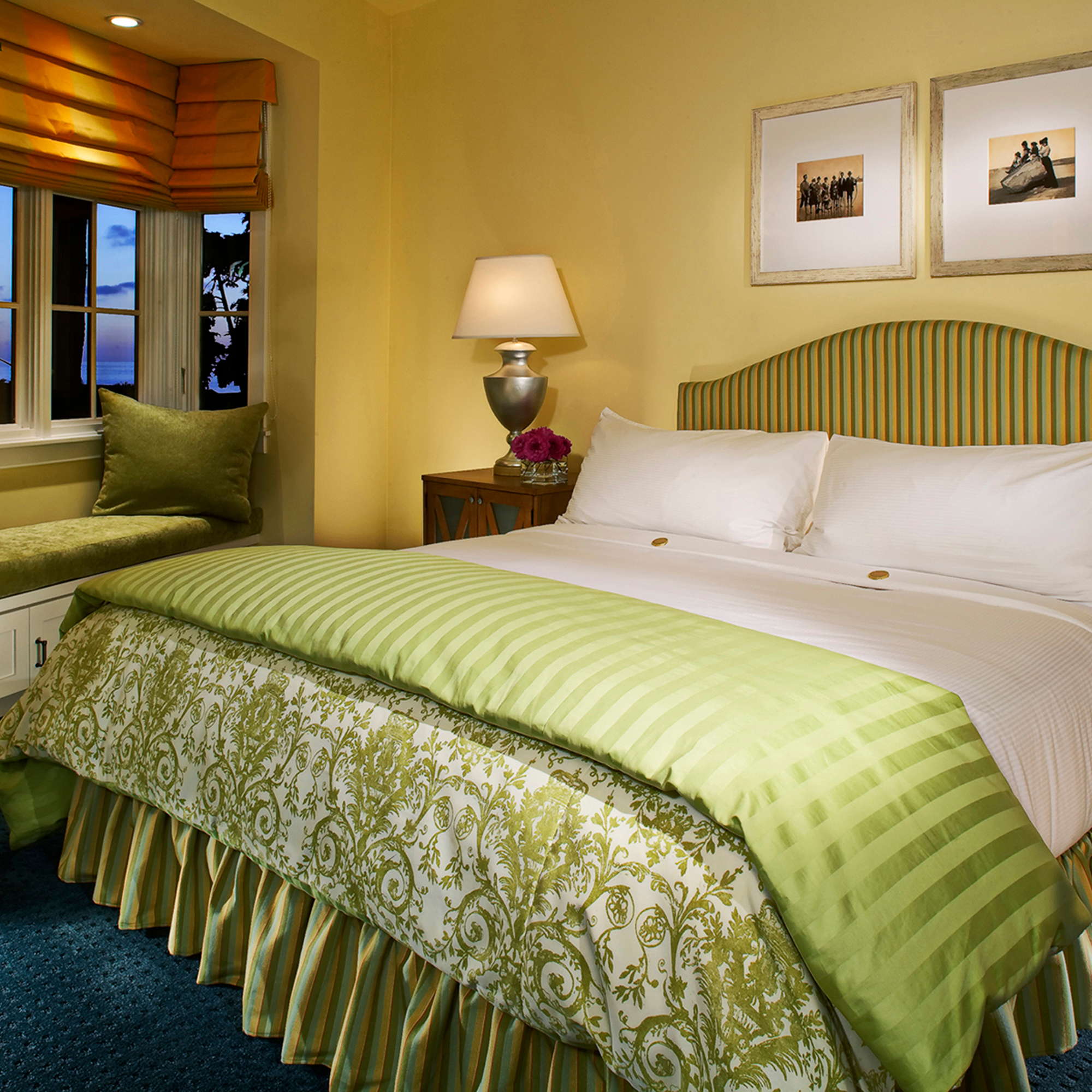 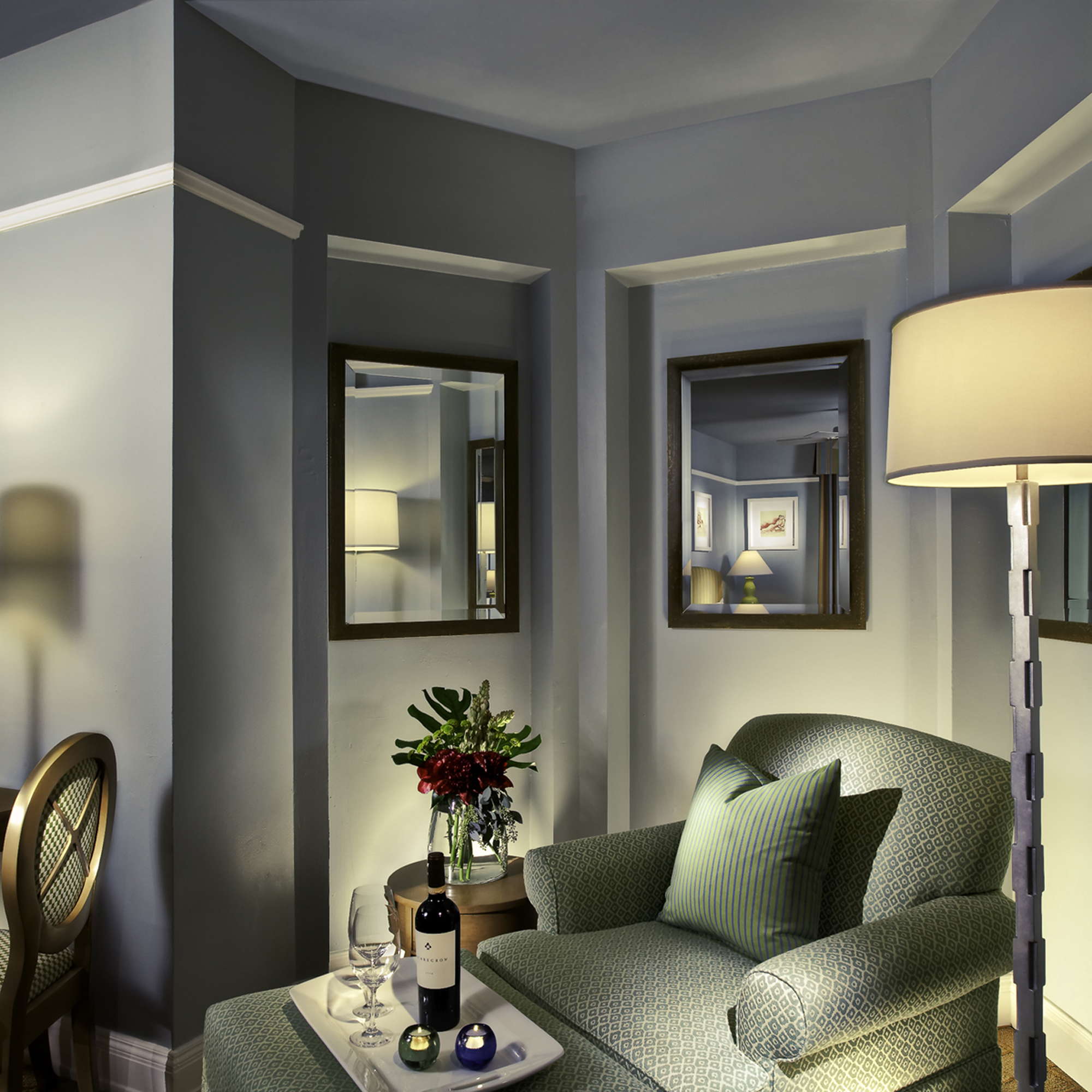 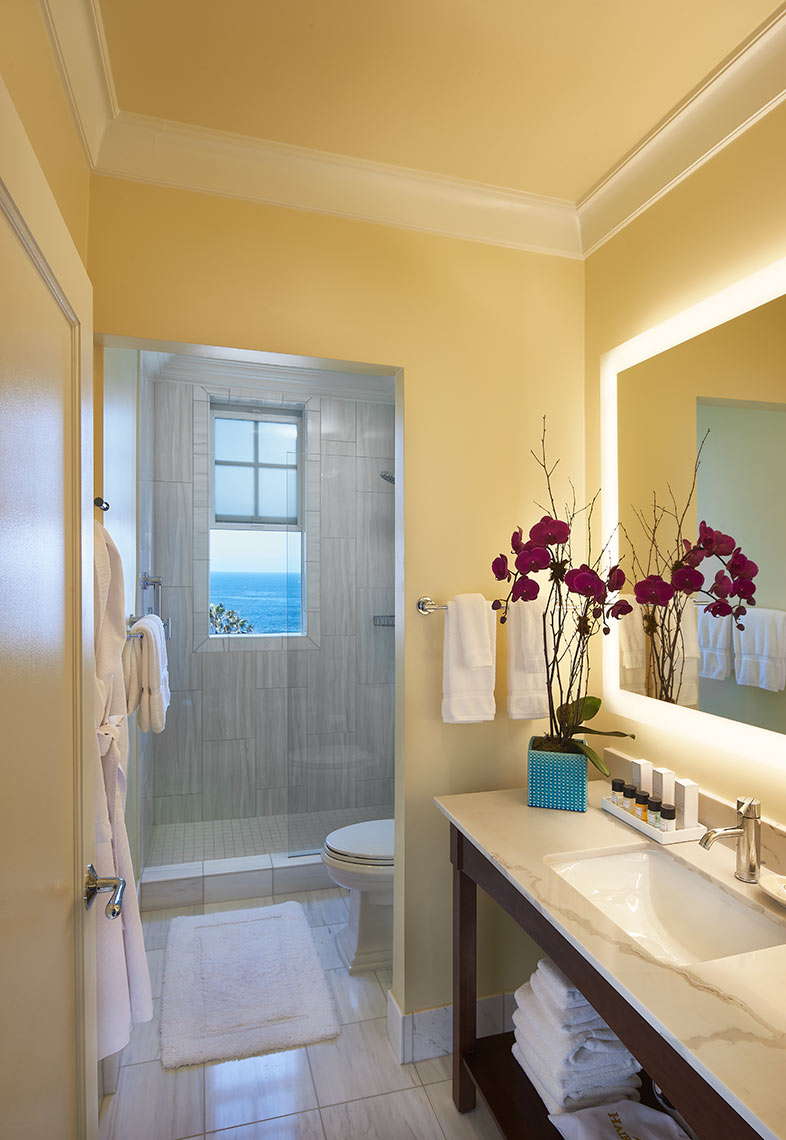 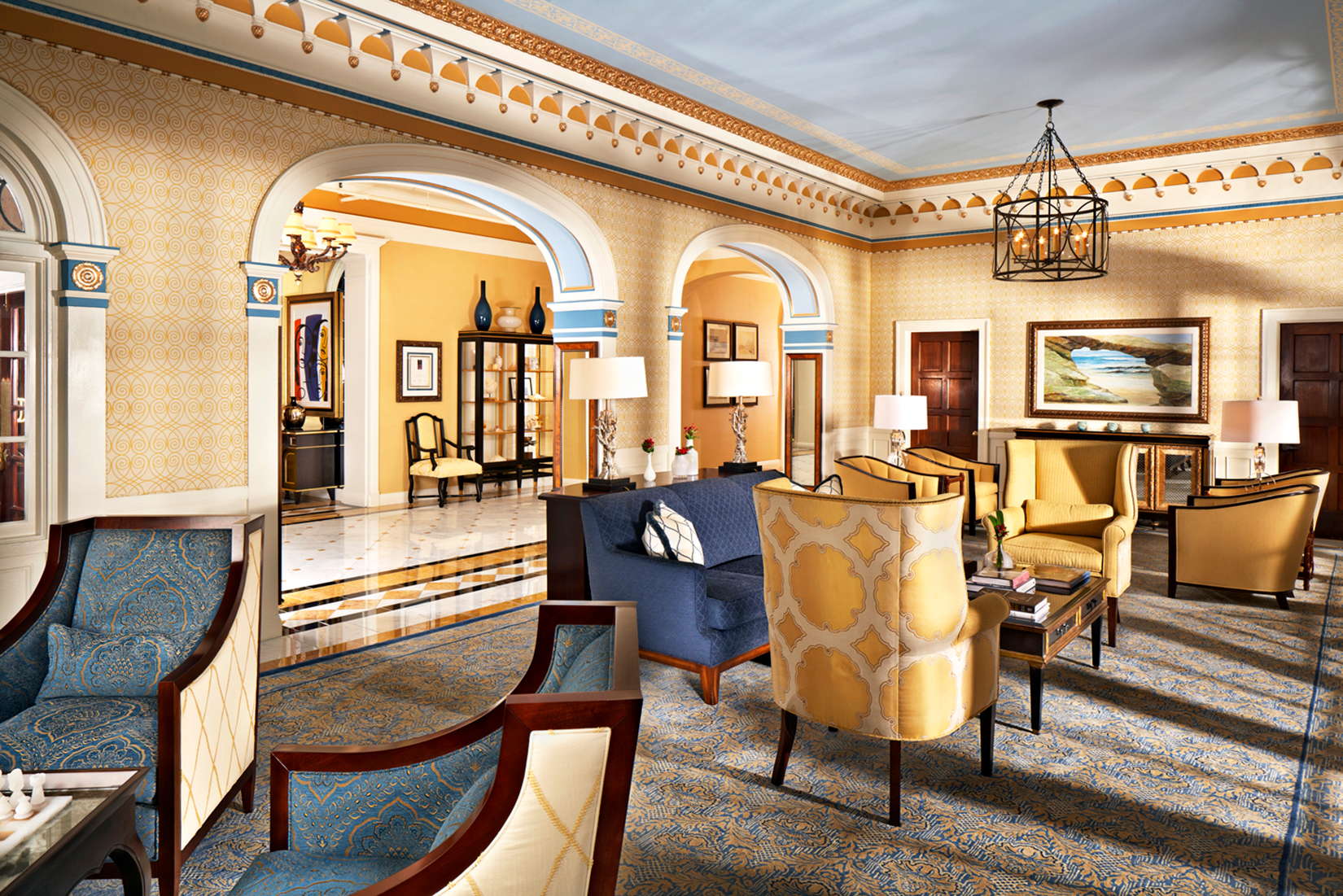 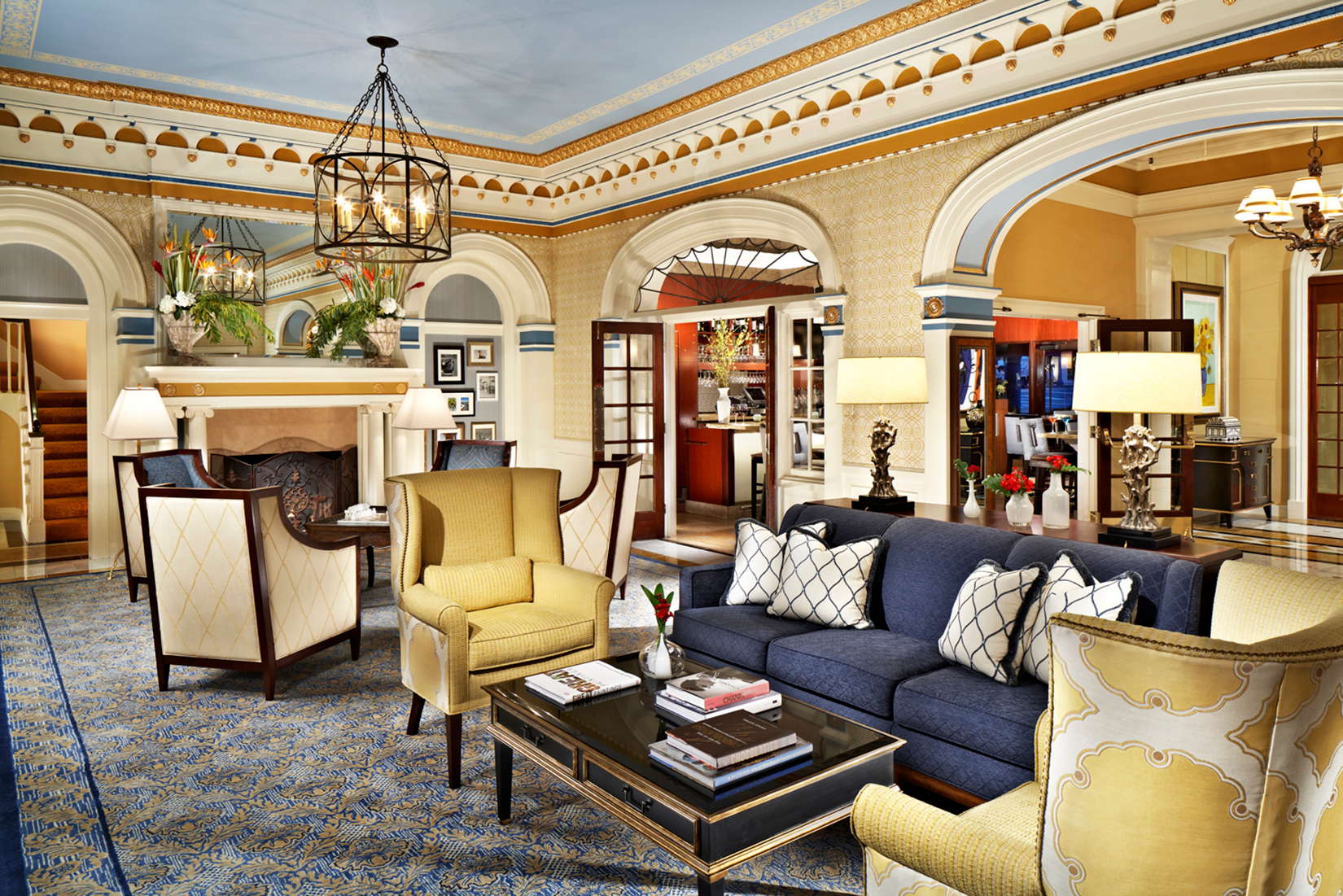 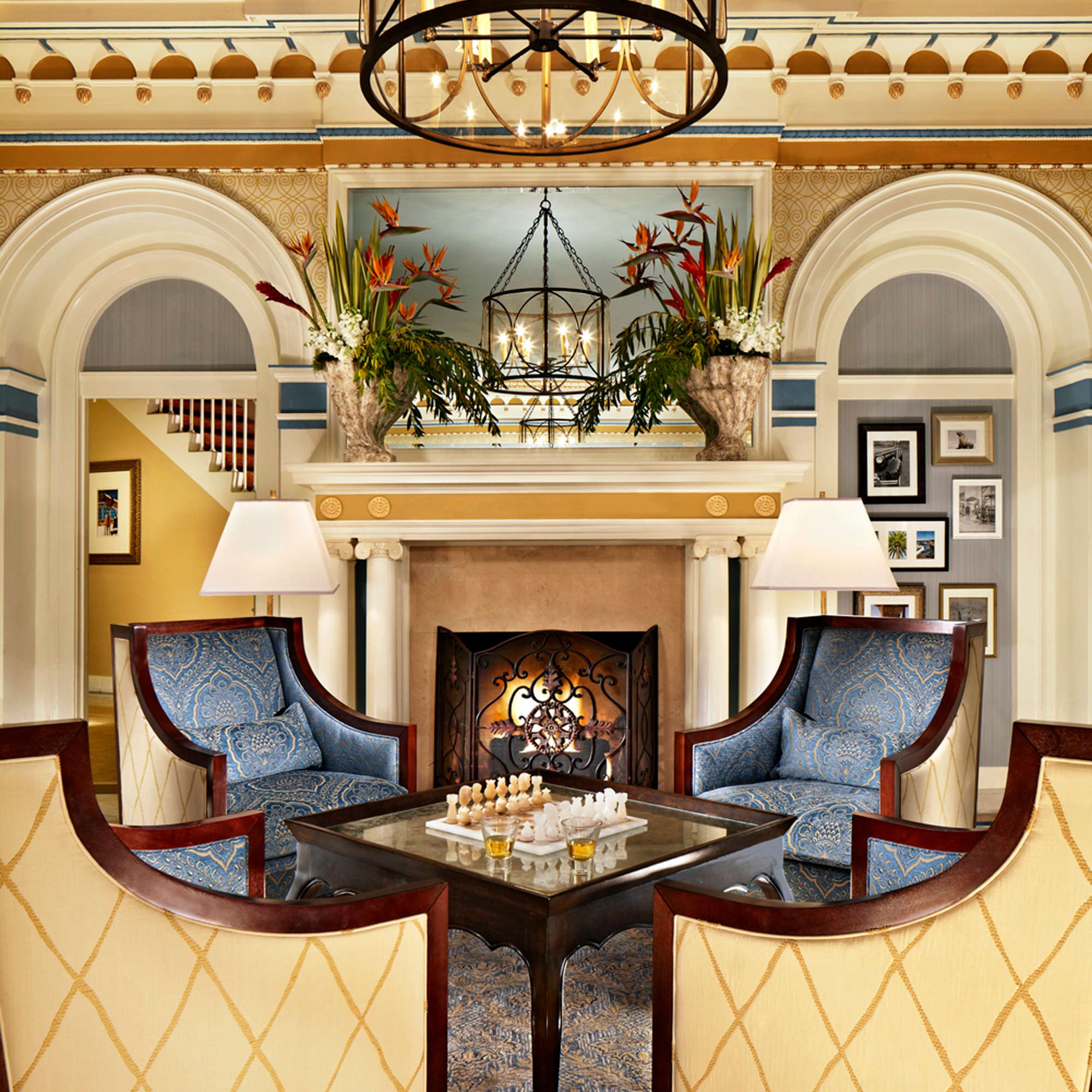 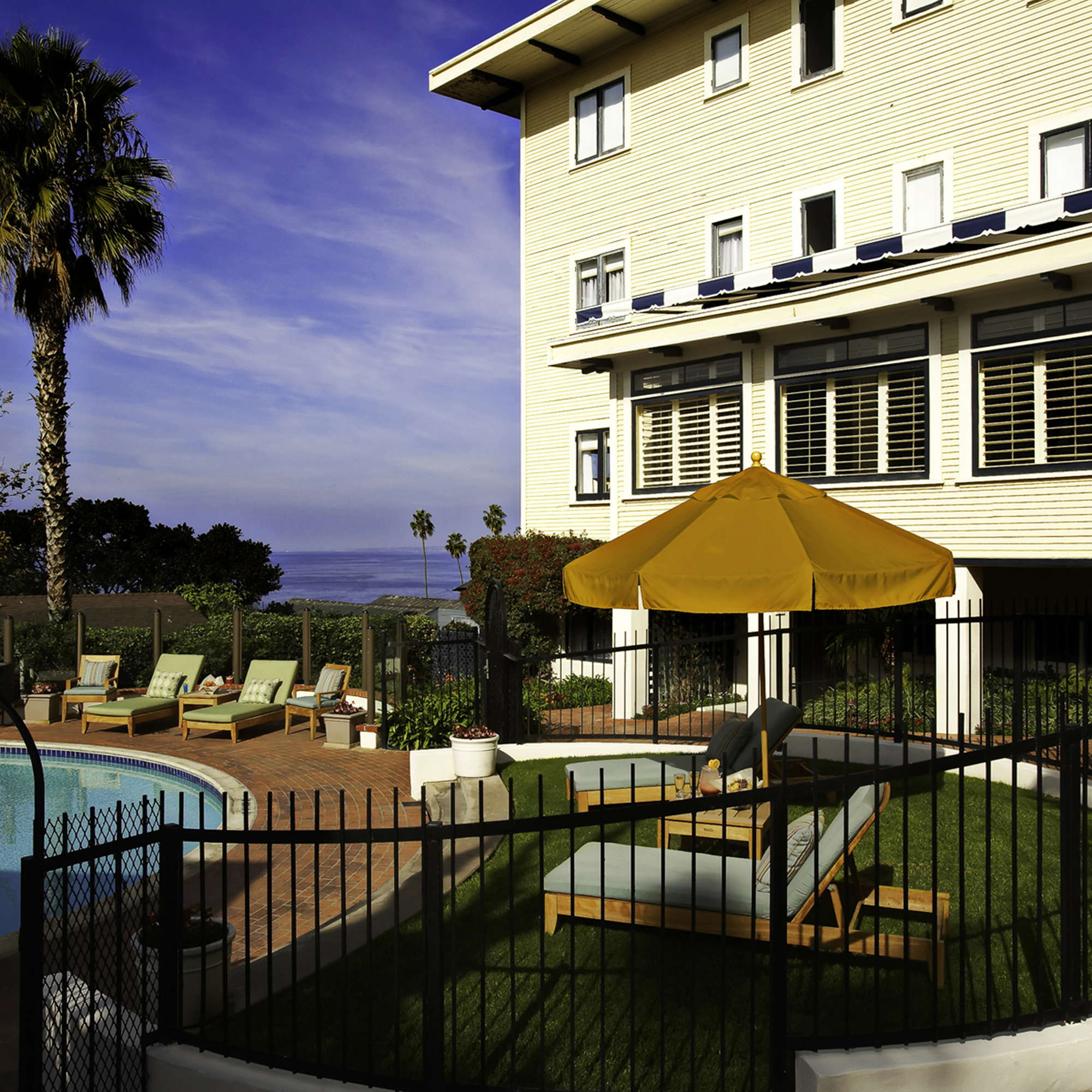 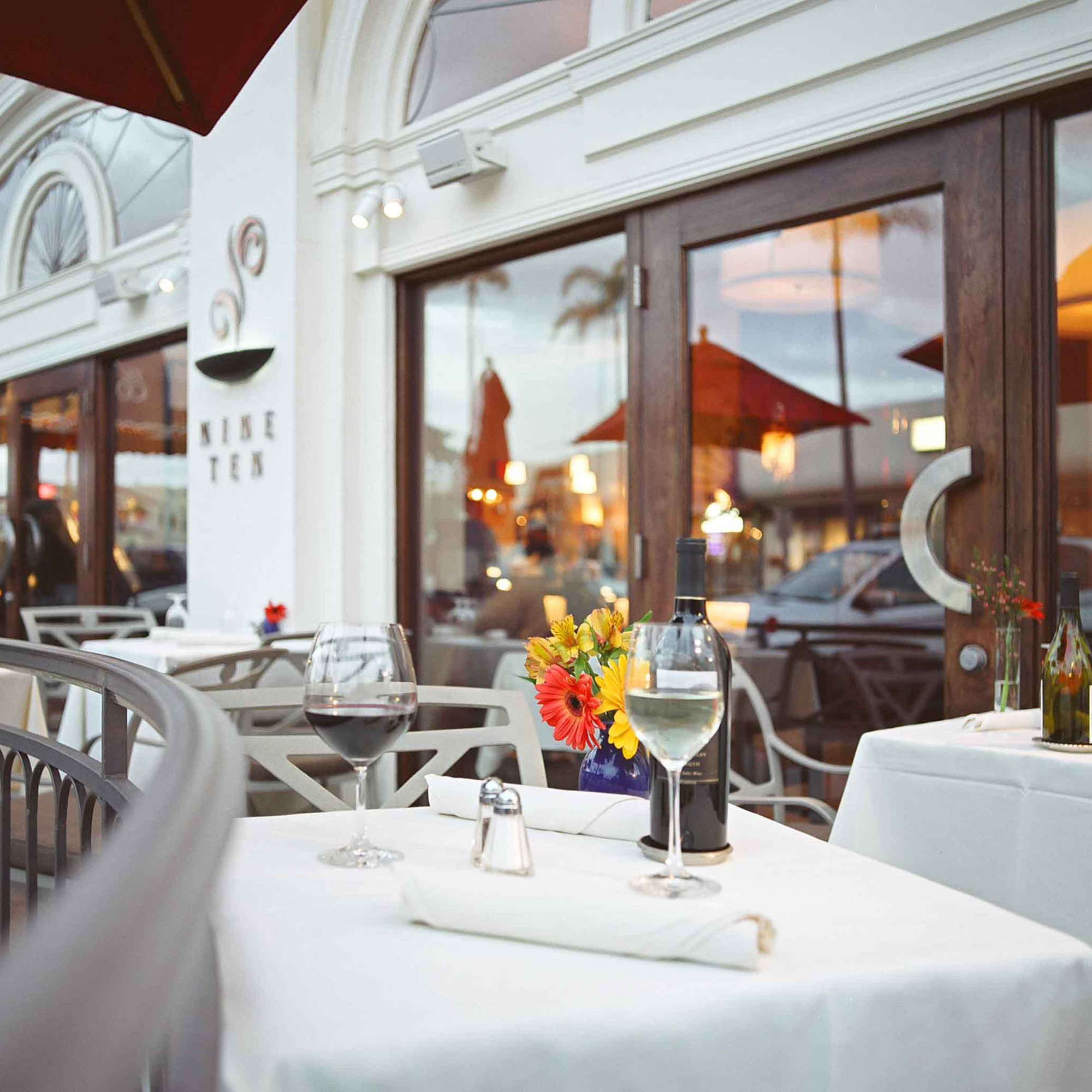 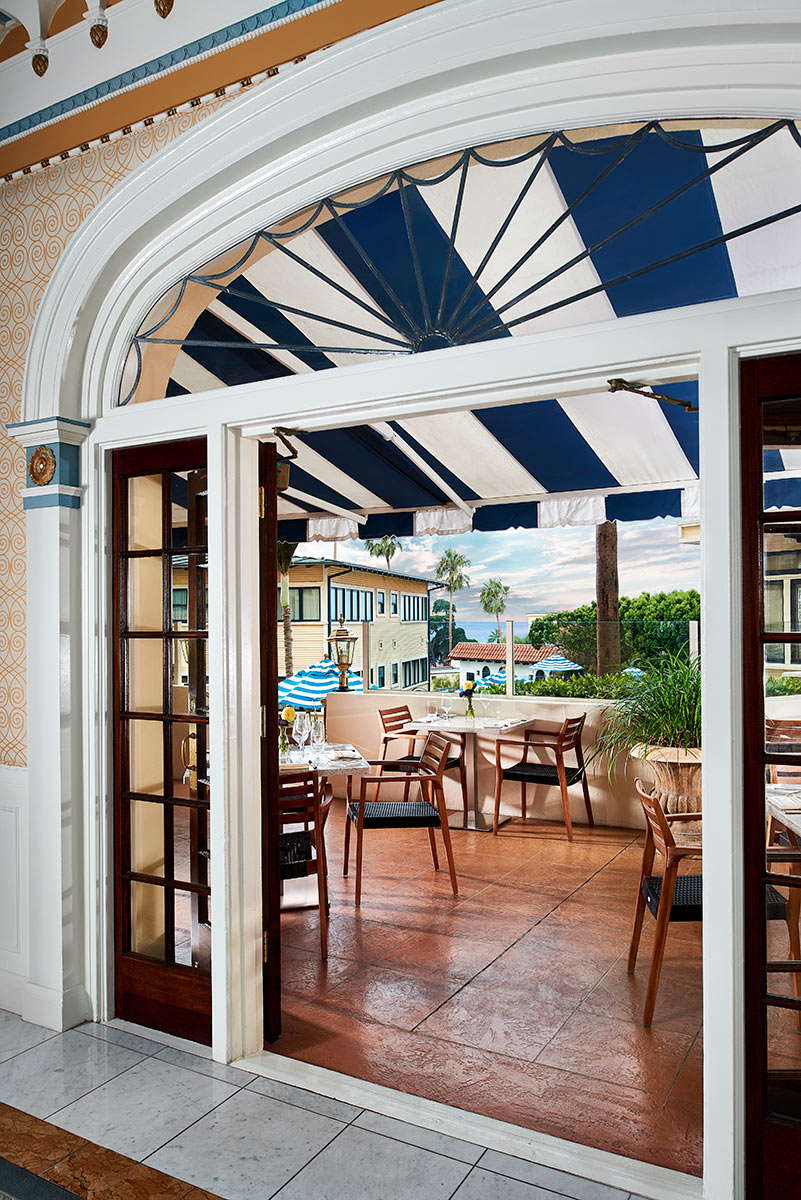 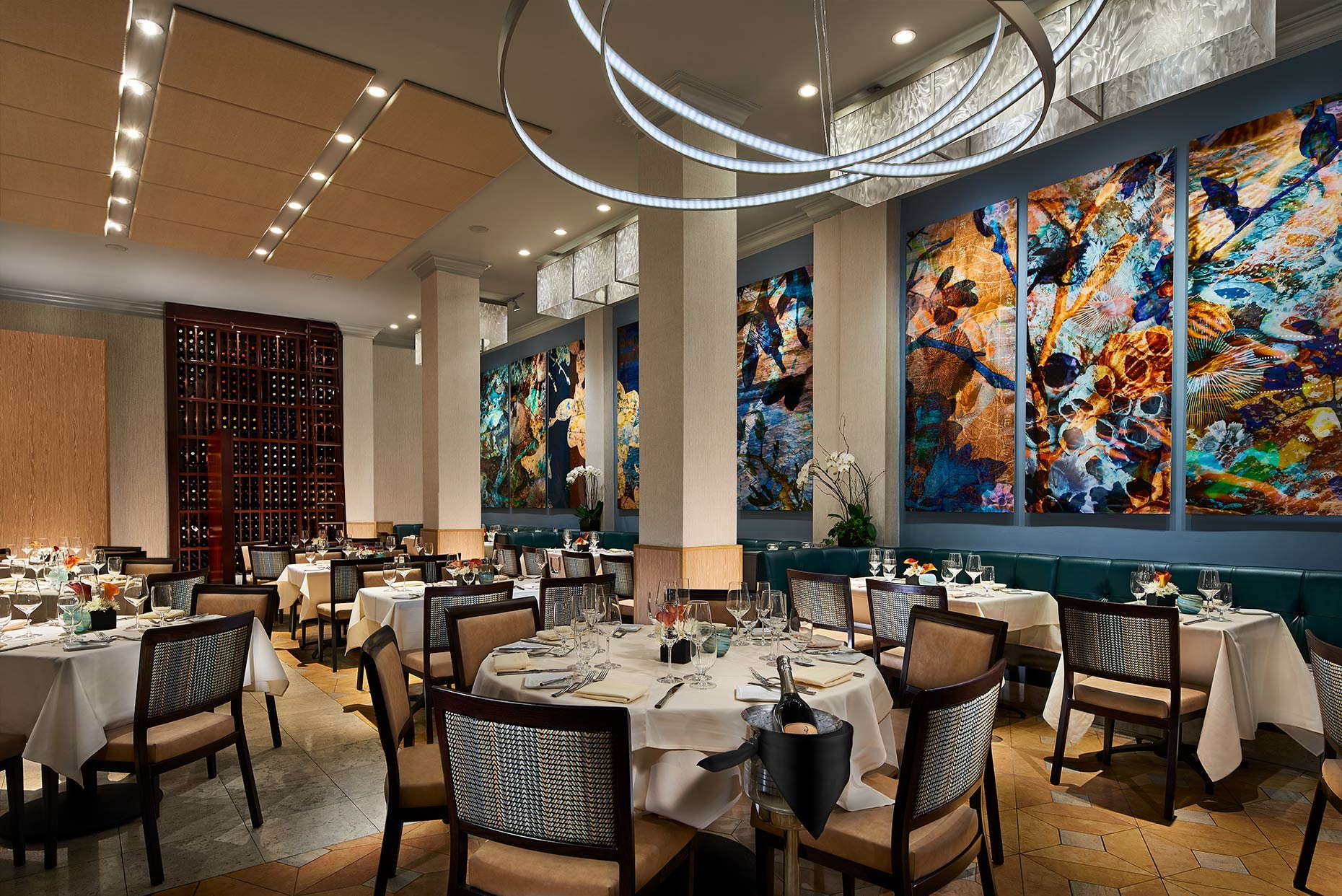 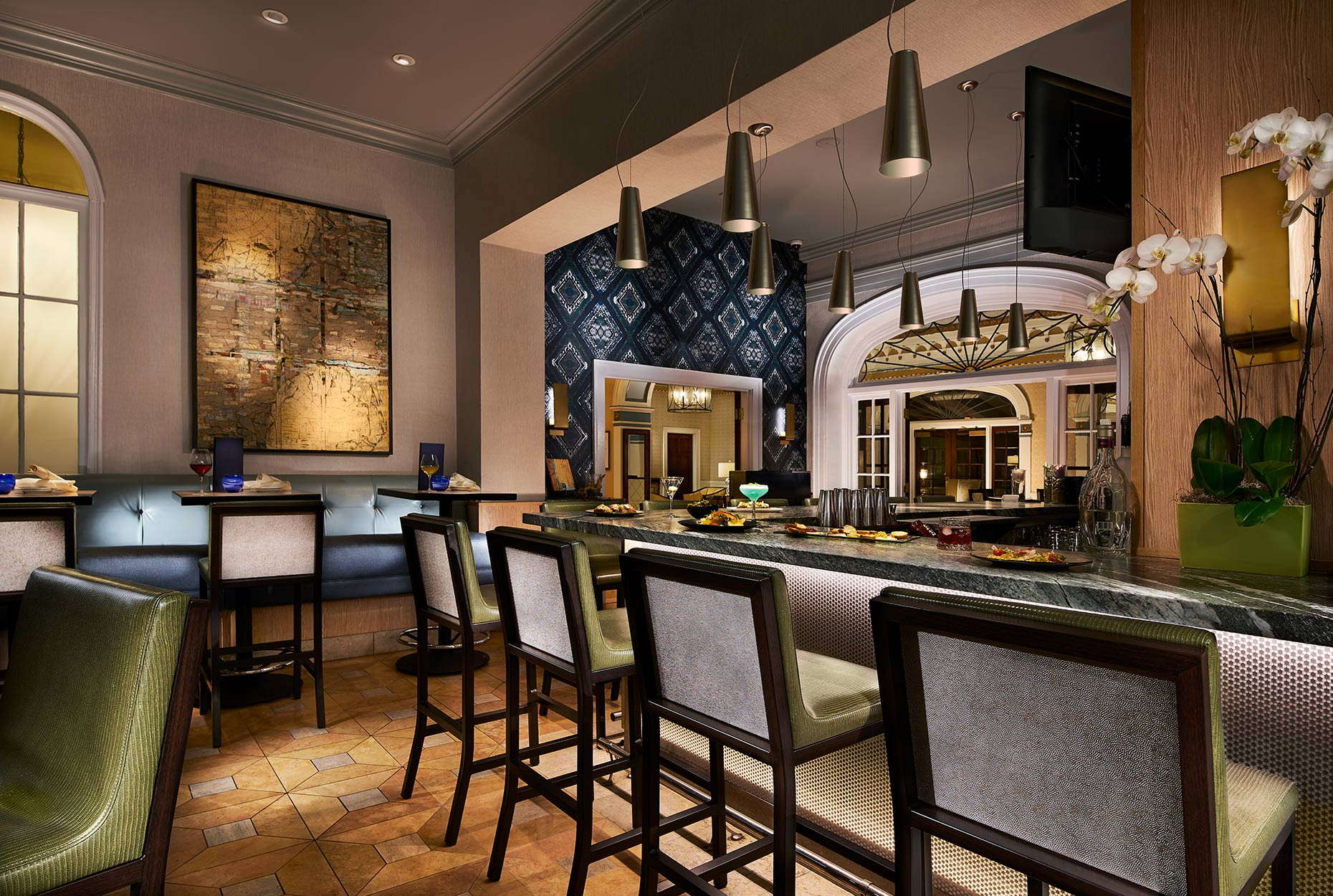