People of all ages love the Muppets, but if you don’t have kids, can you still enjoy Sesame Place? We decided to find out.

It’s not the Magic Kingdom, but if you’re a lover of PBS children’s programming, there is something a little magical about Sesame Place. First opened in Bucks County, Pennsylvania, in 1980, the combination theme park-meets-water park is aimed at younger kids, much like Sesame Street.

Sesame Place has gone through a few expansions and contractions over the years, opening and closing outlets in Texas, Mexico, and Japan. Its latest venture is Sesame Place San Diego, which sits on the site of a former water park in Chula Vista, California, not too far from the Mexican border. Because it’s aimed at the younger set, it’s packed to the gills with kid-sized carnival rides, bubble blasters, and character storytimes. Only Sesame Street music plays throughout the park, and the food of mostly burgers, PBJ, and pizza, caters to the preschool crowd.

But what if you don’t have kids? There are thousands upon thousands of grown-up Muppet fanatics and Jim Henson completists out there who still rep Kermit on the regular and preach the gospel of Mr. Hooper. Sesame Street has been on for over 50 years, meaning there are entire generations of adults who grew up with the show and who just might be interested in checking out Sesame Place. Is the park good for them, too? The answer, as we found out, is yes. Here are all the grown-up things we love about Sesame Place San Diego.

You Can, In Fact, Get to Sesame Street

Right off the bat, Sesame Place opens with a bang. Entering the park, visitors are immediately guided into a slightly off-kilter version of Sesame Street. While it doesn’t look 100 percent like it does on TV (because that’s a set, and this is not), the park has gone to great lengths to recreate iconic Sesame Street landmarks like 123 Sesame Street, Big Bird’s nest, Hooper’s Store, and the laundromat. You can bang on Oscar’s trash can, and he’ll even tell you to scram.

While you won’t find Bob, Chris, or Maria hanging around, plenty of Easter egg-like details are woven into the street design that rewards the eagle-eyed. Look up, and you’ll see a chain of Bert’s paper clips hanging across a window just above Ernie’s rubber duck. The street’s floral shop is really just another entrance to the park’s gift shop, but it’s also Twiddlebug branded, which is cool. Newspapers on the newsstand make jokes about broccoli and music festivals, and Big Bird’s sketch of Mr. Hooper is still proudly displayed above his nest, just like on Sesame Street.

Sesame Place Is a Water Park

Sesame Place San Diego is, above all else, a water park. That’s good because it’s sunny, hot, and temperate most of the year, given the location. Bring a swimsuit and be ready to get soaked because the park boasts ten different water attractions, from Big Bird’s Rambling (and lazy) River to Cookie’s Monster Mixer, which dumps riders into a giant funnel near the end. (There are several traditional rides, too, but none of those are really anything to write home about.) All of the wet attractions were there when the site was called Aquatica, which was also owned and operated by Sesame Place’s parent company, SeaWorld Entertainment. Since then, they’ve been given the Sesame touch, with branding, coloring, and decoration changed to match the park’s new overall vibe. Quite a few of the slides, like Cookie’s Monster Mixer, can’t accommodate tots under 48-inches, meaning they’re definitely for older kids or grown-ups.

Get Ready to Spot Your Sesame Street Favorites

Depending on how old you are, you’re probably going to see one of your favorite Sesame characters bopping around the park. There are oversized costumed mascot versions of Elmo, Abby, The Count, Bert and Ernie, and more rotating in and out of the park all day. Many of them appear in the daily Sesame Street Party Parade, which is sort of like the Disney Electrical Parade, but during the daytime and with a slightly lower production value. Big Bird even does a daily story time in his nest, which is fun. You won’t get to see any deep-cut characters like the Amazing Mumford and Mr. Johnson, the guy Grover always annoys at restaurants and such. Still, if you’re just looking to get the perfect Instagram snap with a classic, that’s definitely doable. 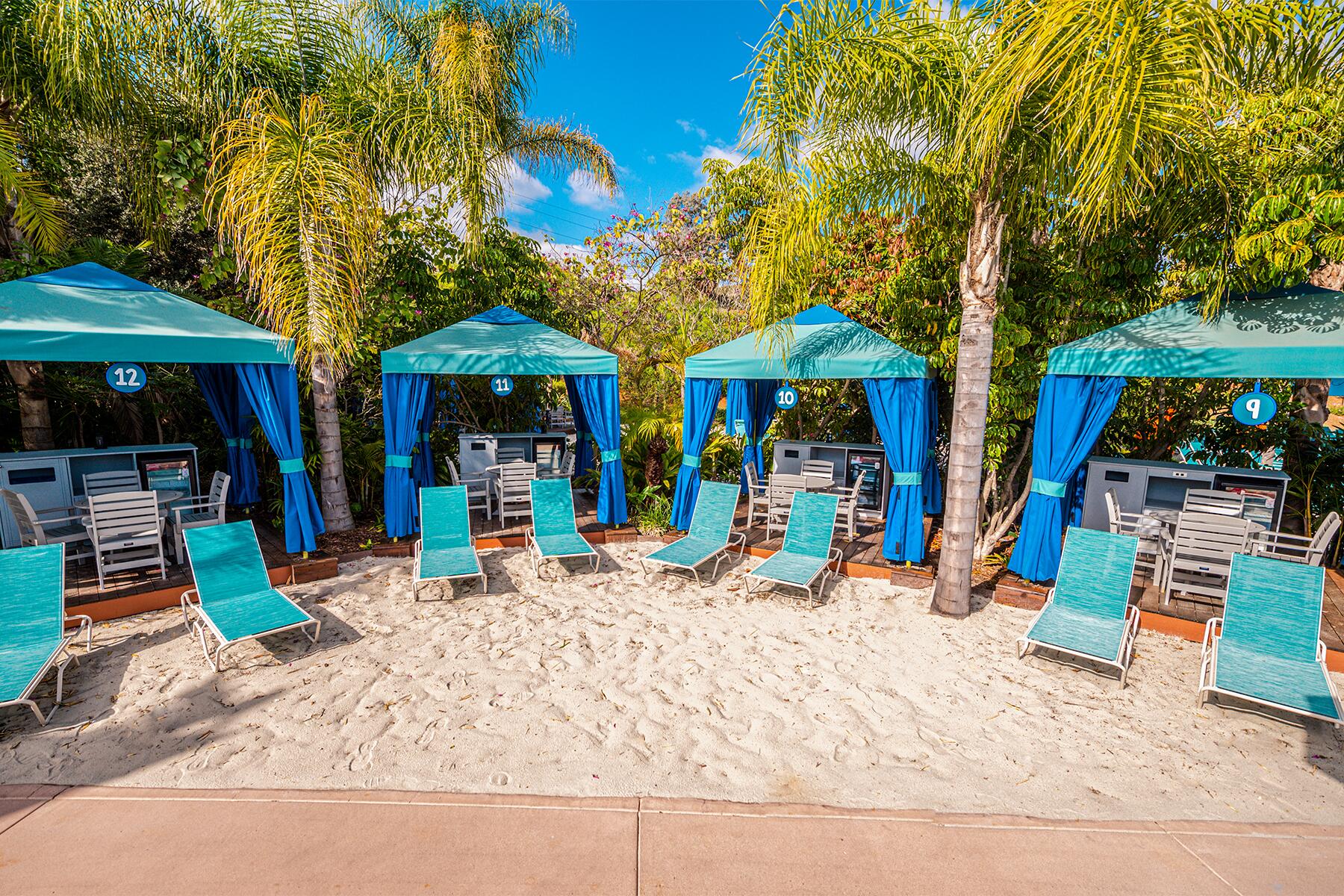 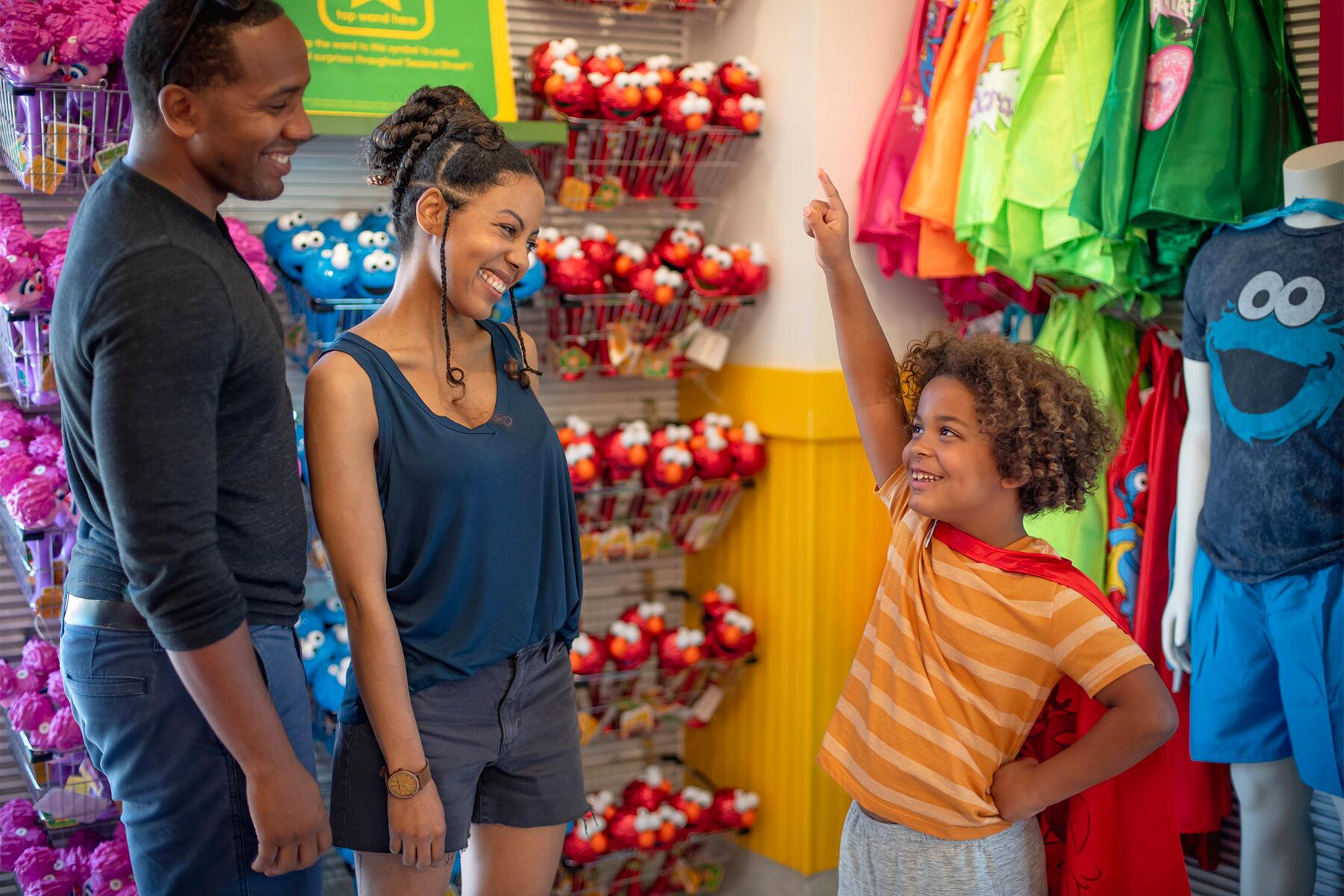 If you’re a grade-A Sesame Street dork, prepare to drop big bucks in the Sesame Place gift shop. Each core character gets its own little section, and you can snag everything from Big Bird t-shirts to Slimey stuffies. There’s a whole wall of pins to buy or trade, including a line of pins inspired by classic Sesame Street moments and characters.

INSIDER TIPLike any theme park, you’ll find no bargains within Sesame Place, including the store. Still, some of the items held within the store can only be purchased at Sesame Place or on the secondary market, meaning if you see something you love, you’ll want to snap it up.

Sure, Kids Love Sesame Street—But Adults Can, Too

It should go without saying, but Sesame Place is full of Sesame Street fans, which means there are a lot of kids around. If you’re a grown-up looking for some sensible, adult entertainment, Sesame Place is not it. There are things you can do to minimize your exposure to screaming, running kids—all of whom are great and loved and deserve to be there 100 percent—like coming during the week during the school year, popping in later in the day, or ponying up for a private cabana, which are scattered around the park’s water attractions and start at $149 a day. If you’re looking to spend even more, you could snag a daily Magic Queue pass, which fast tracks you to the front of any line, meaning you’ll spend less time listening to harried parents repeatedly saying “no, stop.”

Jim Henson once said, “as children, we all live in a world of imagination, of fantasy, and for some of us, that world of make-believe continues into adulthood.” Sesame Place San Diego is for anyone who still believes in the magic of play. It’s full of joy, whimsy, and water slides. Grab your rubber duckie and hop in.