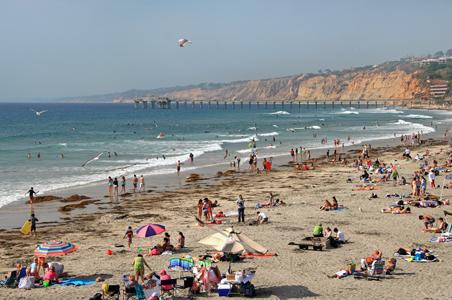 Native Americans originally called this seaside enclave just north of San Diego Woholle, or “hole in the mountains,” a nod to the red-brown grottoes that pepper the Pacific shoreline here. When Spanish settlers arrived on the scene in the 1700s, they changed the name to La Jolla, “the jewel,” which gave rise to “Jewel City,” a suitable moniker for this cliff-top community that's now carpeted with multimillion dollar homes and surrounded on three sides by clear blue waters.

La Jolla's mix of natural beauty and high-end, high-adrenaline, leisurely pursuits has been beloved by actors, royalty, and well-heeled travelers since the 1930s, when Clark Gable, Greta Garbo, and Groucho Marx retreated to the historic La Valencia Hotel to escape the glare of stardom. Since then, the city has blissfully succeeded in eluding the celebrity-driven frenzy often found in New York and Los Angeles while managing to maintain an artless air of distinction. Here are five great reasons to visit La Jolla now. 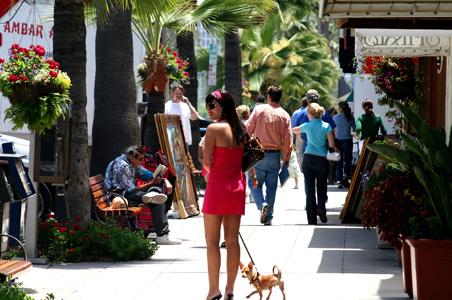 Linger along the sunny lanes of La Jolla Village, with its upscale boutiques and outdoor cafés frequented by friendly locals promenading their pups. Prospect Street is San Diego's version of Rodeo Drive, a shopper's paradise with everything from Ralph Lauren to Bang & Olufsen. There's even a Ferrari dealership for those seeking a permanent upgrade on their rental car. 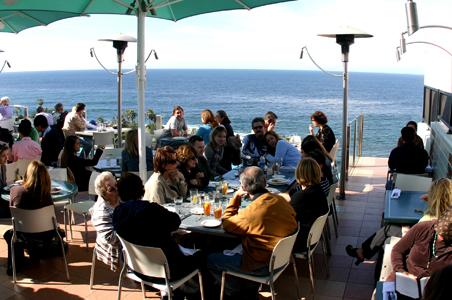 George's California Modern, in the heart of the village, is one of the best spots in La Jolla for a delicious dinner with supreme service and spine-tingling sunset views; try the squab served with Concord grape, celery and apple. 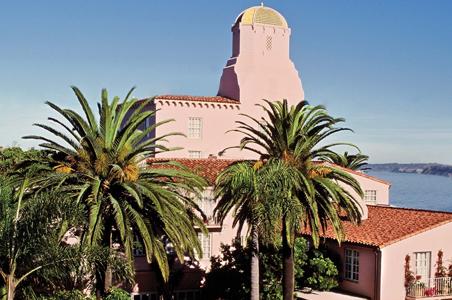 Mosey over to La Valencia Hotel, a La Jolla landmark built in 1926 and known to many as “The Pink Lady,” for after-dinner craft cocktails overlooking the ocean at La Sala Lounge. This bubble gum-colored, Mediterranean-style hideaway recently underwent a tasteful, $10 million renovation and has outdoor courtyards, hand painted murals, colorful Spanish mosaics, and airy rooms overlooking the palm-fringed shores below. The hotel offers a VIP pet package with no pet-weight restrictions. 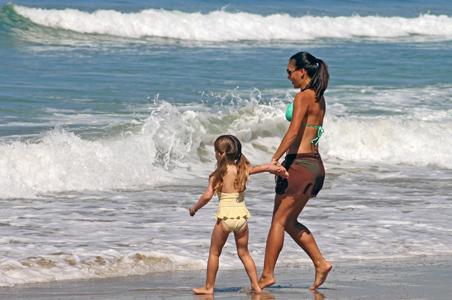 The La Jolla coastline varies dramatically from 350-foot sea cliffs to jagged reefs to sandstone coves, so exploring its beaches is as unpredictable as it is exhilarating. Made famous by Tom Wolfe's 1968 collection of essays, The Pump House Gang, about a gang of pioneering surfers who frequented the beach, Windansea Beach is known for first-rate surfing and its secluded, romantic setting. 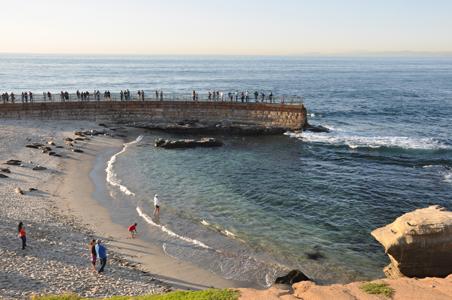 Further north at the tip of the La Jolla peninsula, Children's Pool is a shallow cove sheltered by a seawall where seals and sea lions hang out along the shores. And at La Jolla Cove, or “the Cove” as it's called, you'll find La Jolla's beautiful people speed-walking along the boardwalk as well as hikers, here to explore the caves at low tide. Tip: “The Cove” is part of a marine refuge with specific restrictions in place to protect the region's rich marine life. 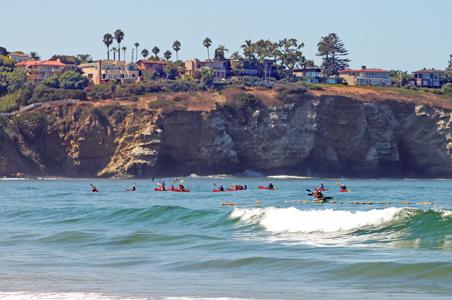 La Jollans love to play in the water, so join the party and mount a kayak, grab a snorkel, or strap on some scuba gear to explore the region's stunning marine preserve. With mild surf and warm temperatures year-round, La Jolla's beaches and bays are an ideal place to try a new water sport or resume an old favorite. Surfing, sailing, and scuba diving are popular, while kayaking is king at La Jolla Shores Beach.

Several water sports rental facilities can be found along Avenida De La Playa in La Jolla Shores; you can often book a guided tour for the same cost as renting the your own gear. Bike and Kayak Tours offers a lively two-hour kayaking excursion (with instruction) along the shallows of La Jolla Cove that glides past noteworthy sites including Sunny Jim Cave, once used to smuggle contraband whiskey during Prohibition, Theodor Geisel's (better known as Dr. Seuss) built-into-the-cliffs digs, and oodles of adorable sea lions basking in the sun. 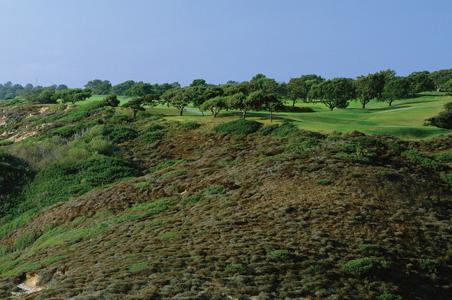 A drive along Interstate 5 near La Jolla puts you within minutes of some of the country's top courses. Torrey Pines Golf Course, just south of the expansive Torrey Pines State Natural Reserve, has two famous 18-hole courses, North and South, the latter of which hosted the 2008 U.S. Open, won by Tiger Woods. Redesigned by Rees Jones in 2001, the South Course takes in an impressive 7,643 yards overlooking the ocean from the back tees with par at 72. Tip: Torrey Pines ensures public access with a unique tee time strategy on weekends. Golfers arrive from 6 pm the night before to stand in line for first-come, first-served tee times that are doled out from sunrise until the first reservations at 7:30 am. 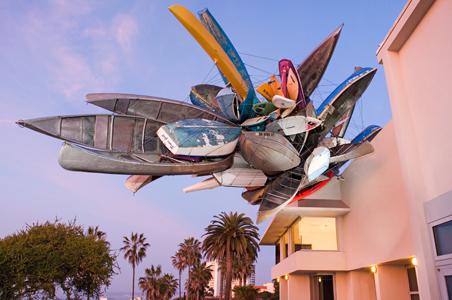 The La Jolla branch of the Museum of Contemporary Art San Diego (MCASD) enjoys an exquisite oceanfront location and a collection that includes more than 4,000 post-1950 works with a strong focus on minimalist and Pop Art of the '60s and '70s. Though MCASD has a reputation for spotlighting emerging and under-recognized talent, the museum also hosts major international visiting exhibitions. The oldest section of MCASD was originally designed in 1916 by architect Irving Gill as a Mission-style home for La Jolla's dowager countess, philanthropist and journalist Ellen Browning Scripps; the building was expanded in the 1990s into a contemporary structure that expertly blends old and new. (The museum's Axline Court serves as the setting for the Monte Carlo gala, faithfully attended each September by La Jolla's old money elite.) On the third Thursday of every month admission is free from 5–7 pm.

Kristan Schiller is a travel editor for Fodor's, specializing in cities and cultural destinations. Follow her on Twitter: @KristanSchiller.