Downtown Los Angeles (abbreviated DTLA) is in the midst of a renaissance, one that kicked off in 2003—that’s when the curvy, Frank Gehry–designed Walt Disney Concert Hall opened its doors to the public—and has gained increasing momentum ever since. In the intervening years, the motto “If you build it, they will come” seems apt, with stylish hotels like the Ace and restaurants like Otium, helmed by former French Laundry chef de cuisine Timothy Hollingsworth, having opened up in the neighborhood. That restaurant is attached to what is undoubtedly the area's biggest draw: the spectacular Broad Museum. It joins an area already rich in visual art, from public sculptures (including a Calder) to museums dedicated to fashion and Asian art. Grab your favorite pair of walking shoes and get ready to explore vibrant DTLA. 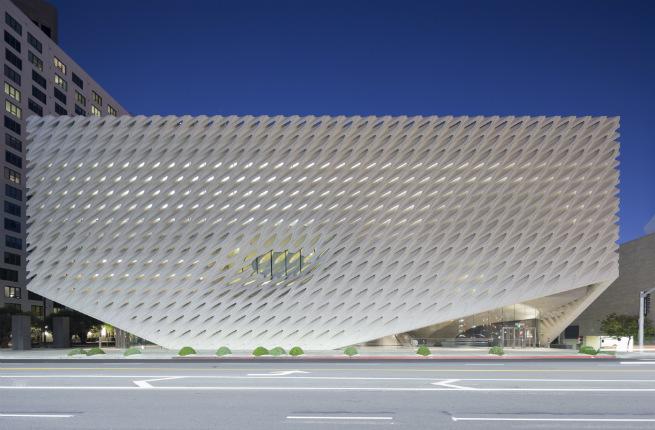 Next to Walt Disney Concert Hall, the Broad (rhymes with “road”) opened in 2015 and immediately set the art world abuzz with its honeycomb-like exterior and free admission. A gift from philanthropists and art collectors Eli and Edythe Broad, the Diller Scofidio + Renfro–designed space showcases their massive private collection of contemporary art, with more than 2,000 works including pieces by Andy Warhol, Jeff Koons, Roy Lichtenstein, Robert Rauschenberg, Keith Haring, Cindy Sherman, and an entire room devoted to Takashi Murakami. 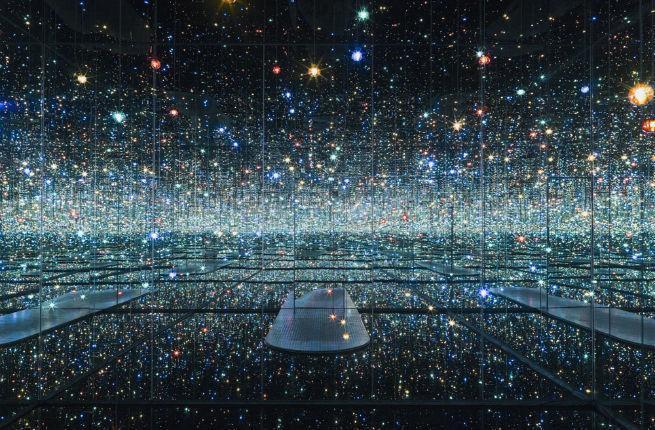 Upon entry, be sure to sign up for your timed ticket to Yayoi Kusama's spectacular Infinity Mirrored Room, a mirror-lined cavity housing a glittering LED light display, currently on view through September 2016. As it only allows only one or two viewers at a time, admission is extremely limited. 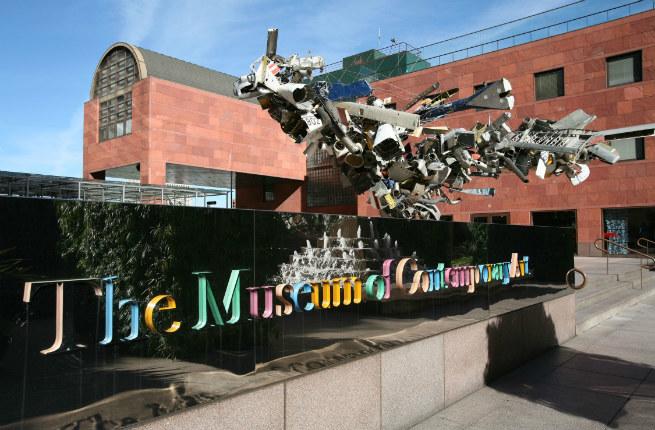 Just down the street from the Broad, the tree-like mass of airplane parts (a sculpture by Nancy Rubins), marks MOCA, where Eli Broad was the founding chairman in 1979. For just $12 ($7 for students and seniors) you can see thousands of post-1940 works by Jackson Pollock, Catherine Opie, Jasper Johns, and Mark Rothko. The Grand Avenue location is one of three in Los Angeles, including the nearby Geffen Contemporary at MOCA, and the MOCA Pacific Design Center. Swing by on Thursdays from 5 to 9 pm, when admission is free. 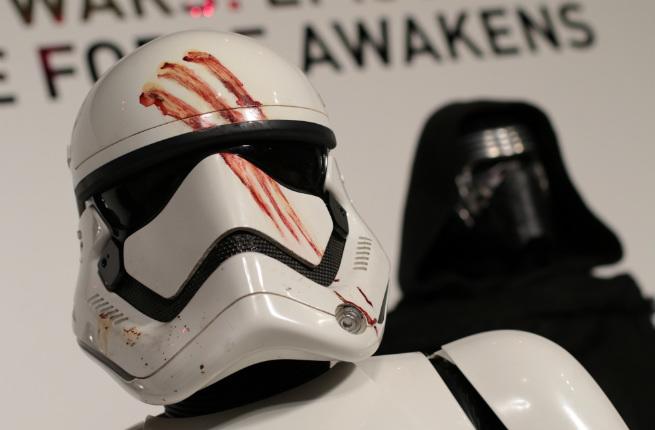 Style mavens will want to stop by the Fashion Institute of Design and Merchandising Museum and Galleries, a hidden gem with free exhibitions covering 200 years of fashion history. Highlights include the archives of Rudi Gernreich and Gianni Versace Menswear as well as an annual exhibition featuring costumes from notable Hollywood films like The Grand Budapest Hotel and Big Eyes. Down by the Staples Center is the Grammy Museum, with exhibitions and interactive exhibits devoted to the history of the awards, and performances by established and up-and-coming artists. Other cultural offerings include the Chinese American Museum, with historic exhibits as well as fine art by Chinese-American artists in the Garnier building, the locus of the original Los Angeles Chinatown, and the Japanese American National Museum in nearby Little Tokyo, representing over 130 years of Japanese-American history. 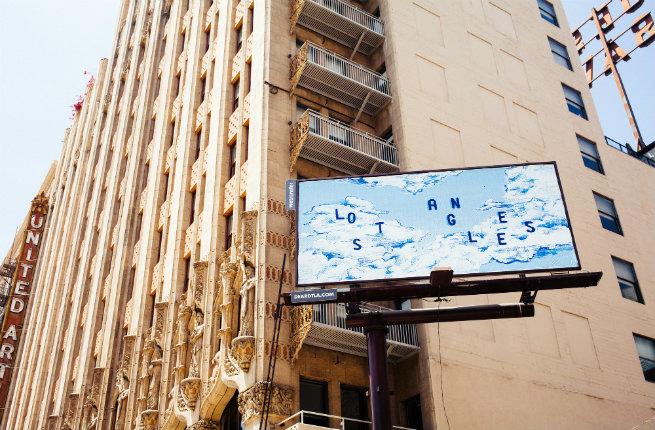 As Downtown L.A. has become invigorated, so has the street art scene, so much so that known artists like the British D*Face, with his homages to Roy Lichtenstein, and Portuguese artist Vhils, with his portraits chipped into walls, have visited to leave their mark on the city. Even cultural leaders like the Ace Hotel have gotten in on the action, with their art billboard project  giving space to different artists each month to design their own installation. But as street art is impermanent (and, unless sanctioned, technically illegal in Los Angeles), it’s difficult to point to any pieces with the certainty that they’ll still be around tomorrow. Instead, try a graffiti tour like GraffTours, which pairs you with knowledgeable staff members (they employ historians, artists, and, we hear, a police officer) for an on-foot experience of pieces that you might miss if you were just driving by. 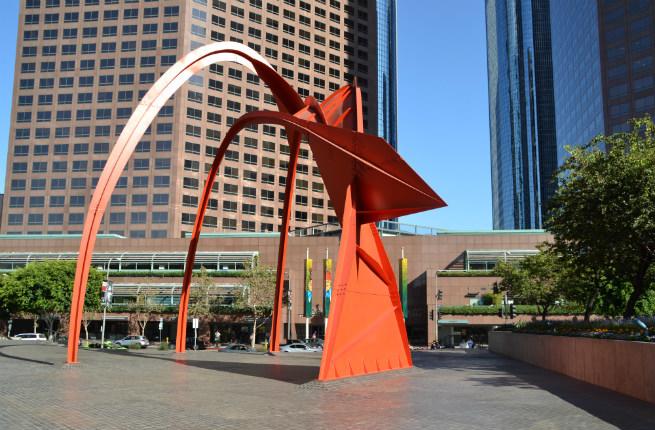 The Triforium sculpture by Joseph Young in Fletcher-Bowron Square was originally built in 1975 as a futuristic tripod of 1,500 illuminated Italian glass bulbs and interactive sound. For many reasons the design fell into disrepair and only recently has been given a restoration plan, scheduled to begin this year. In the historic neighborhood of Bunker Hill you’ll find Alexander Calder’s 63-foot-tall homage to the work he did with his architect father, the “Four Arches,” located on Bank of America Plaza. On the corner of the Grand Central Market’s parking structure, what looks like the relief of a clocktower that was removed is the “Inverted Clocktower,” by Tim Hawkinson, and alongside the LAPD headquarters you’ll find the ambiguous figures of the “sixbeaststwomonkeys”sculpture by Peter Shelton.

In high-tech offerings, “Generations of the Cylinder” by Michael Hayden uses holograms and sensors to react to visitors in front of the International Jewelry Center,  while the outdoor lobby of Caltrans District 7 features the largest public art installation in Los Angeles, “Motordom” by Keith Sonnier, four stories of neon and argon tubes emitting red and blue flashing lights. Lastly, for some comic relief, stop by the Ernst & Young building on South Figueroa Street for Terry Allen (artist) and Philip Levine (poet)’s “Corporate Head,” a sculpture of a slightly oversize businessman burying his head into the building, accompanied with the poem, “They said I had a head for business. They said to get ahead I had to lose my head. They said be concrete I became concrete. They said, go, my son, multiply, divide, conquer. I did my best.” 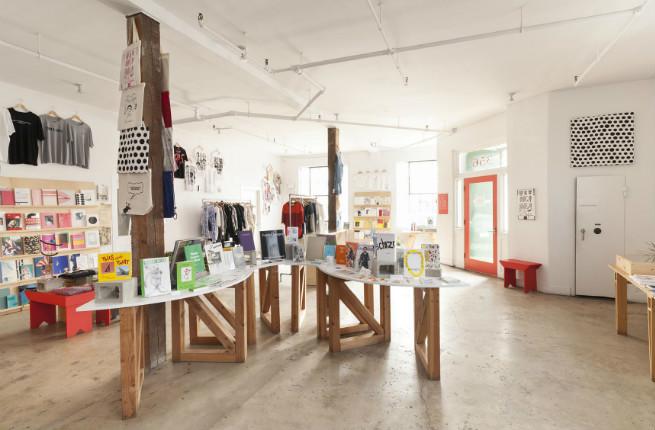 To experience the revitalization of the arts scene through downtown's galleries, swing by Gallery Row. On the second Thursday of every month, get an overview at the Downtown Art Walk, a free, self-guided tour that includes some of the top galleries like Cb1, Diego Cardosa Gallery and the Think Tank gallery, plus food trucks and live music. For a unique experience, check out the 2nd street Cigar Lounge, a cigar shop and gallery showing local art, or venture just over the river for the sprawling 12,000-square-foot warehouse space that was formerly a printing press and now houses the new darling 356 S. Mission, a collaboration between New York gallerist Gavin Brown, painter Laura Owens, and art bookstore owner Wendy Yao, who also runs an outpost of her store Ooga Booga in the front of the building.