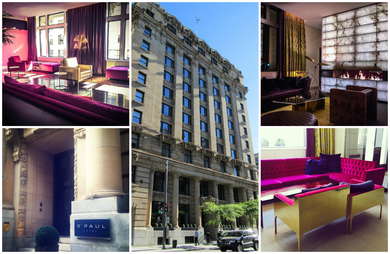 Inside a stunning Beaux-Arts building, the St Paul opened in 2001 as Canada’s first ever boutique hotel. With high ceilings and architectural authenticity, it's a chic spot for canoodling in the Old Port.

YOU SHOULD KNOW There's a much-anticipated renovation underway, in mid-phase. The lobby is finished, so any inconvenience is experiences as a shortage of vacancies while they renovate three floors at a time.

The rooms are currently being re-decorated and renovated, so the previous "minimal, neutral" style rooms no longer match the bold lobby decor. Fine. The rooms are pleasingly sparse, tasteful and calm, with (mostly) monotone decor and subtle accents.

YOU SHOULD KNOW Some guests may not appreciate the sparse decor. There's also a hefty $75 fee for pets. Ouch. 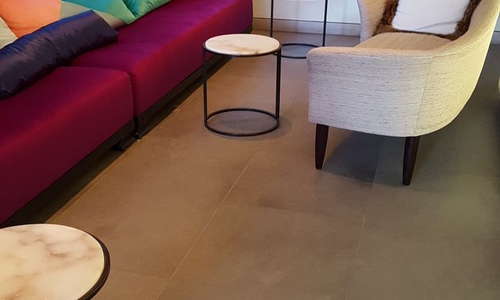 Like the bedroom, the bathrooms are being renovated and re-decorated, so the previous style still reigns. For now, expect soaker tubs, white tiles, glass showers and plush towels.

YOU SHOULD KNOW Currently, the floor aren't heated, but that may change with the completion of the renovation.

Think jewel tones, in velvet. The re-decorated lobby is an explosion of fushia, purple and green upholstery. The modern fireplace remains, separating the lobby in two. For more lounging space, head up to the mezzanine for the gold metallic tub chairs and even more velvet.

YOU SHOULD KNOW While refreshingly colourful, the lobby veers dangerously close to gaudy. 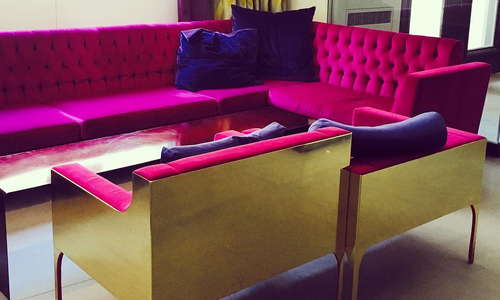 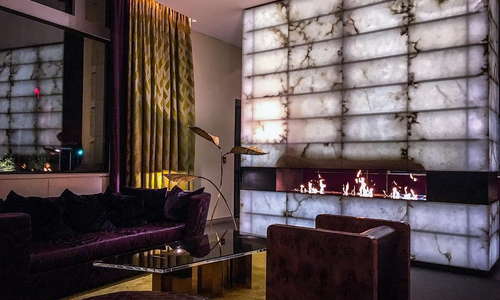 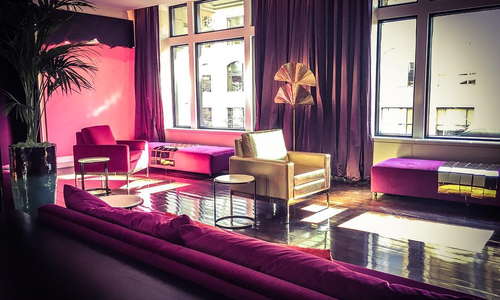 Turn right through the hotel's front door and you'll see Hambar, the in-house restaurant. You can't miss the hanging flanks of ham on display. Everyone starts their night with the house charcuterie platter. For groups of four to six people, get the maple glazed ham dish ($120).

YOU SHOULD KNOW Breakfast isn't automatically included, however a continental buffet is served upstairs in the mezzanine, for $21. Considering all the French patisseries in the neighbourhood, save your money and get a coffee and croissant elsewhere.

On a major north-south axis in the Old Port, the St. Paul is just two blocks from Square Victoria metro and a Biki bike rental depot. Valet parking to the hotel's outdoor lot is $28 for 24 hours, in and out. Leave the car in the lot and walk. Your footware should be able to accommodate cobblestones and narrow, dodgy sidewalks.

Reserve a table at the upscale Almuerzo Argentino (5-minute walk), for the chef's specialties from Buenos Aires. Or, the Old Port's hottest new pizza place, Nolana, (5-minute walk) has private imported Italian wine and the perfect thickness of pizza--not too thin, not too thick.

Flyjin (5-minute walk) is a Japanese fusion resto-bar that turns into a trendy after-hours club with DJs. There is sake, galore. Another local spot for a drink is Santos (5-minute walk), also on rue St. Paul. Expect classic cocktails with curious house specialties.

The St. Paul deserves cred as a design showcase and early adapter to the boutique hotel concept in Canada. We love the soaring ceilings and big windows, as well as the spacious rooms with equally roomy bathrooms--not a given in the Old Port.

While the bright new decor may not appeal to everyone, it's refreshing to see the St. Paul go in another direction--even if that direction is Vegas. Excitement is building over the new rooms, soon to be unveiled. The nightly turndown service will continue after the renovation, as will the dramatic views of neighboring architecture in the Old Port. 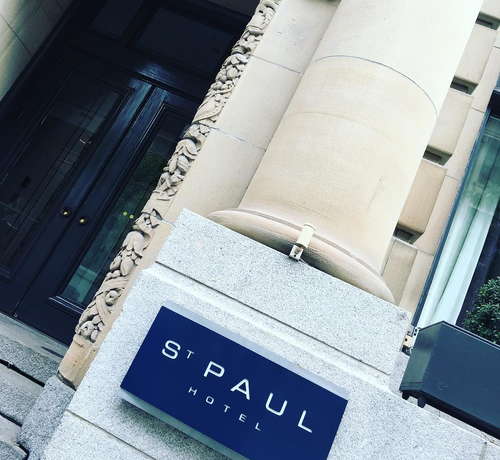 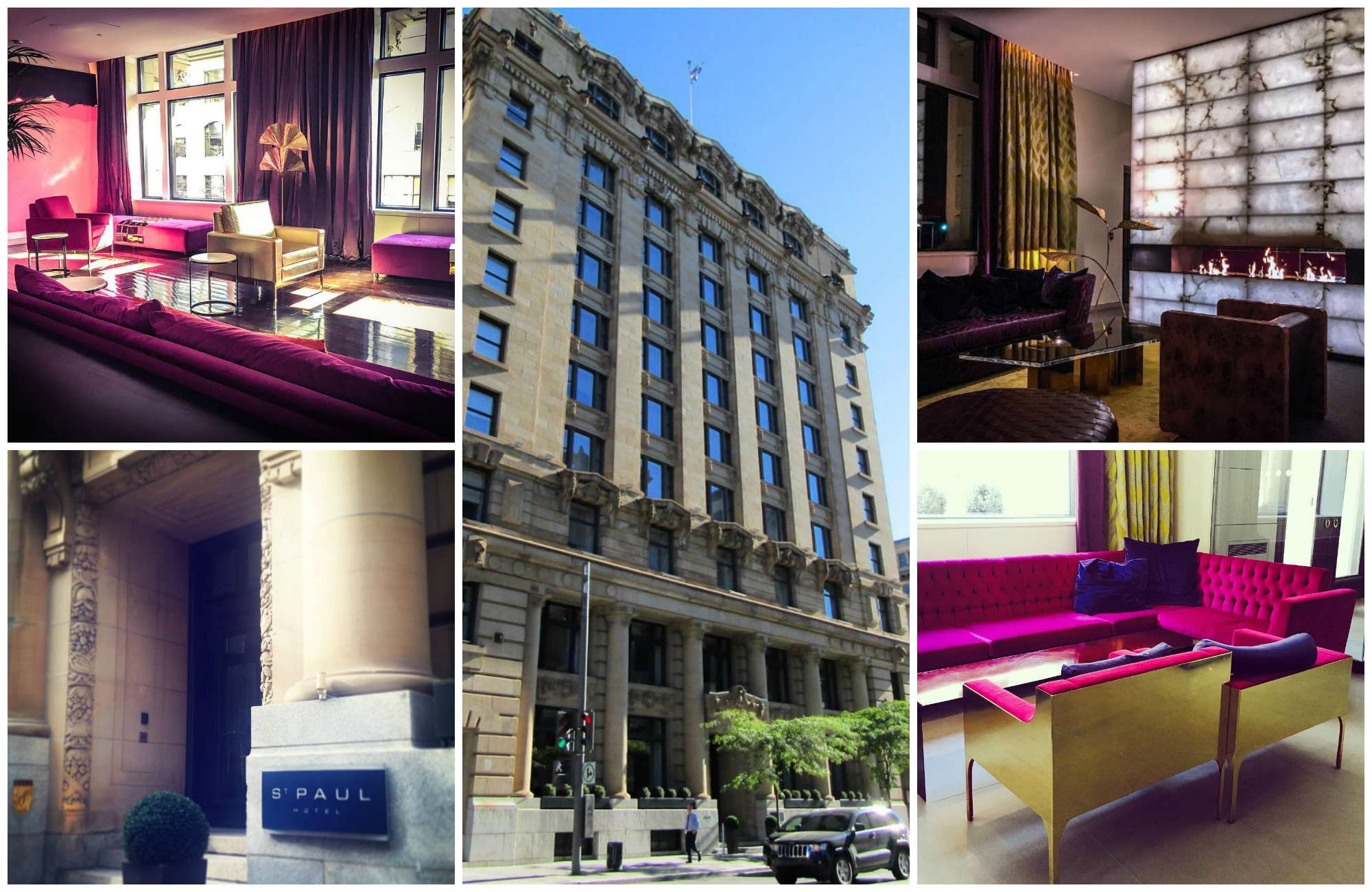 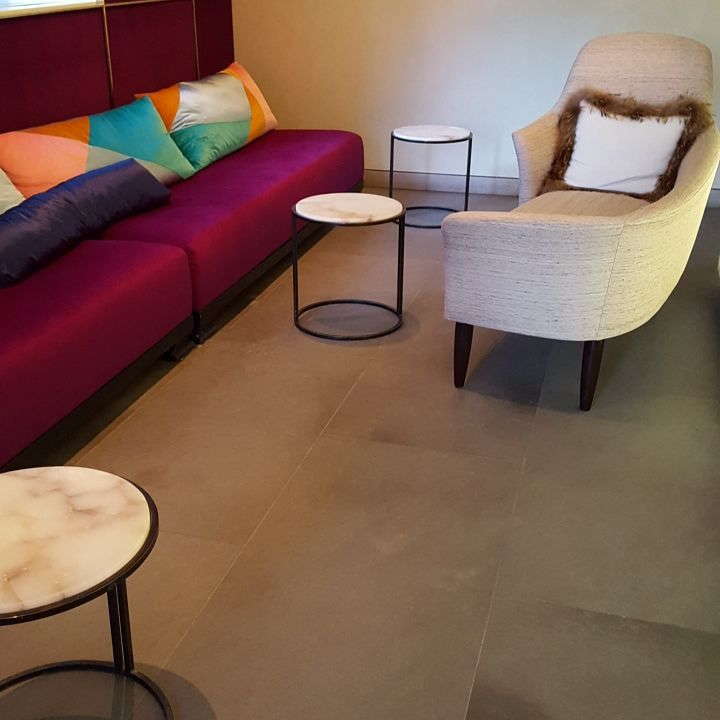 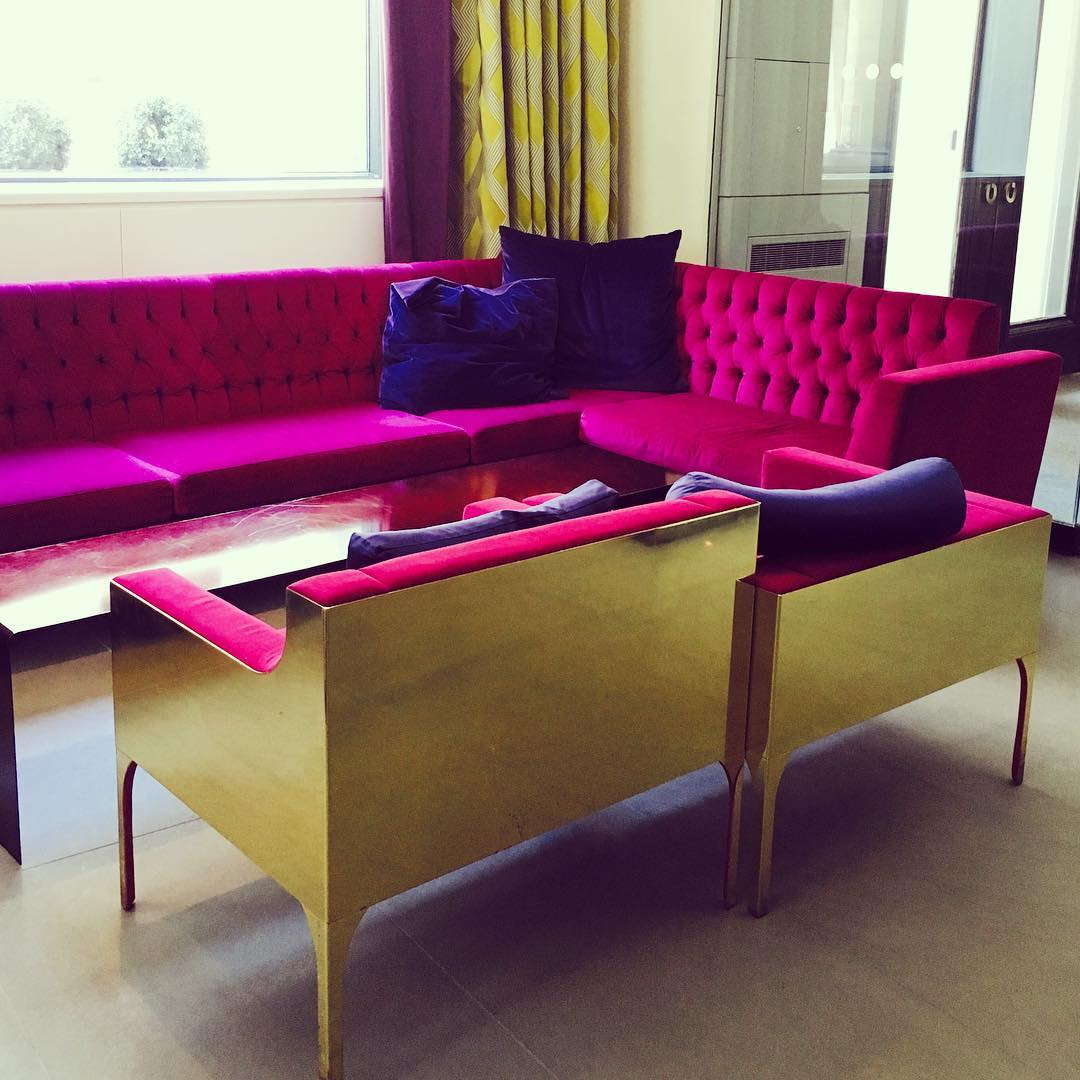 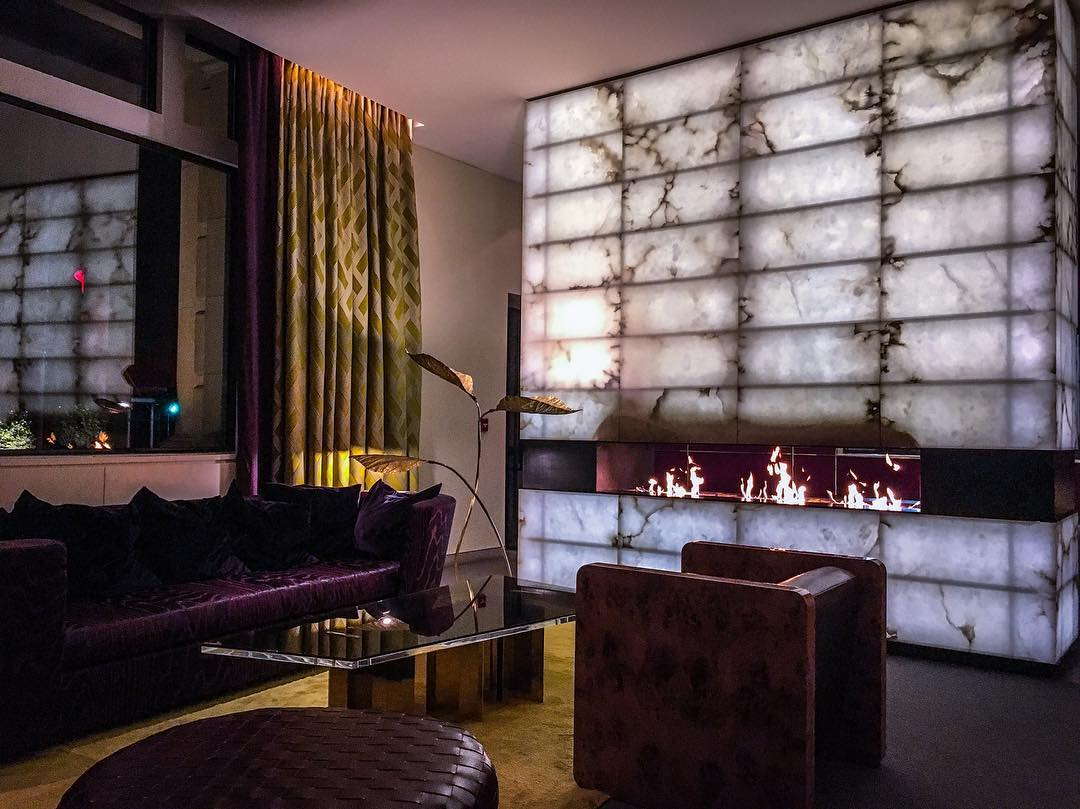 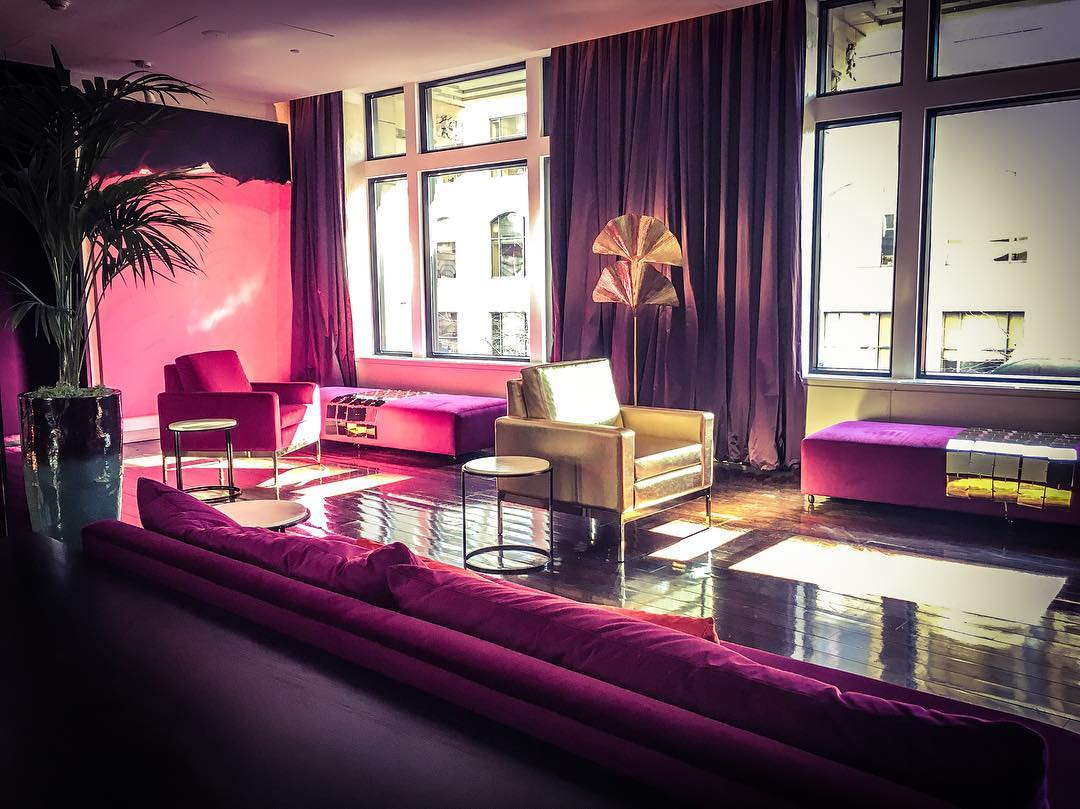