The Northwest Territories’ Valley of the Headless Men is steeped in lore and legend.

Dark mountain spires pierce the fog against a steely sky, making Nahanni National Park seem more akin to Mordor than Canada. The park can only be accessed by boat or floatplane by intrepid travelers seeking to conquer the rapids of the Nahanni River or summit the formidable Cirque of the Unclimbables. Its impenetrable forest and mountains may be the primary reason Nahanni sees limited visitors, but perhaps it’s also because the park is shrouded in macabre legends befitting of its menacing landscape. The supernatural lore has earned Nahanni the moniker “The Valley of the Headless Men,” and many believe this UNESCO World Heritage Site to be haunted.

When British writer and explorer Raymond Patterson set out to the Nahanni region from Fort Smith in 1927 he received an ominous piece of advice, according to Neil Hartling in his book Nahanni: River of Gold, River of Dreams: “Men vanish in that country…and down the river they say it’s a damned good country to keep clear of.” Lured by reports of gold in the area, brothers Frank and Willie McLeod journeyed from Edmonton, Alberta to the Nahanni range in 1904. Traveling with primitive gear, they traversed hundreds of kilometers by train, boat, and foot during a numbingly cold winter until they reached Gold Creek. Their efforts were rewarded that year and they returned to their home in Fort Liard with gold in hand. However, not satisfied, the brothers made a second expedition into the Nahanni range in 1905. They never returned.

Nothing was heard from Frank and Willie until brother Charlie McLeod led a search in the park in 1908, where he discovered two skeletons at their camp on the river’s edge in a vast valley. Their heads had been severed and one man lay with his arm outstretched towards his gun, the blankets were thrown across his brother as if he had leaped suddenly from the bed, read reports. From that day forward, the valley has been known as Deadmen Valley, and the creek called Headless Creek.

It wasn’t just the McLeod brothers who died or went missing in the park in the early 20th century. A Scottish engineer had been traveling with them and was never seen again, and Yukon prospector Martin Jorgensen met a similar fate in 1917. He had sent news home that he had “struck it rich” in the area. Not long after, his decapitated skeleton was found outside his cabin, which had been burned to the ground, spawning rumors of “head-hunters” in the valley in Canadian newspapers.

Numerous other reports from the Royal Canadian Mounted Police confirmed similar deaths, and a good number of people have simply vanished without a trace after setting foot in the park. Around the same time in the park’s history, a series of unexplained plane crashes earned an expanse of mountains the name the Funeral Range, which borders the ominous Hell’s Gate rapids. 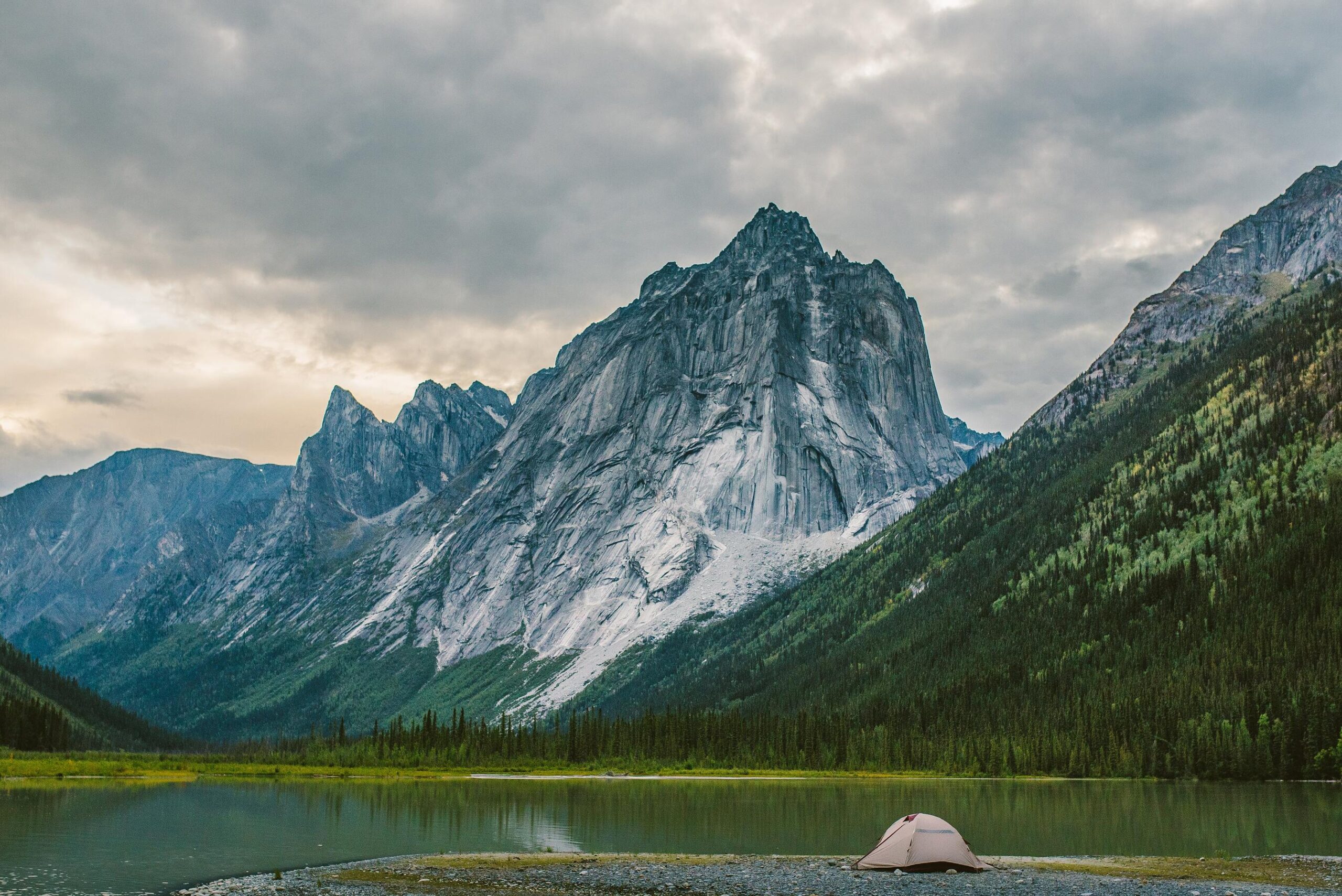 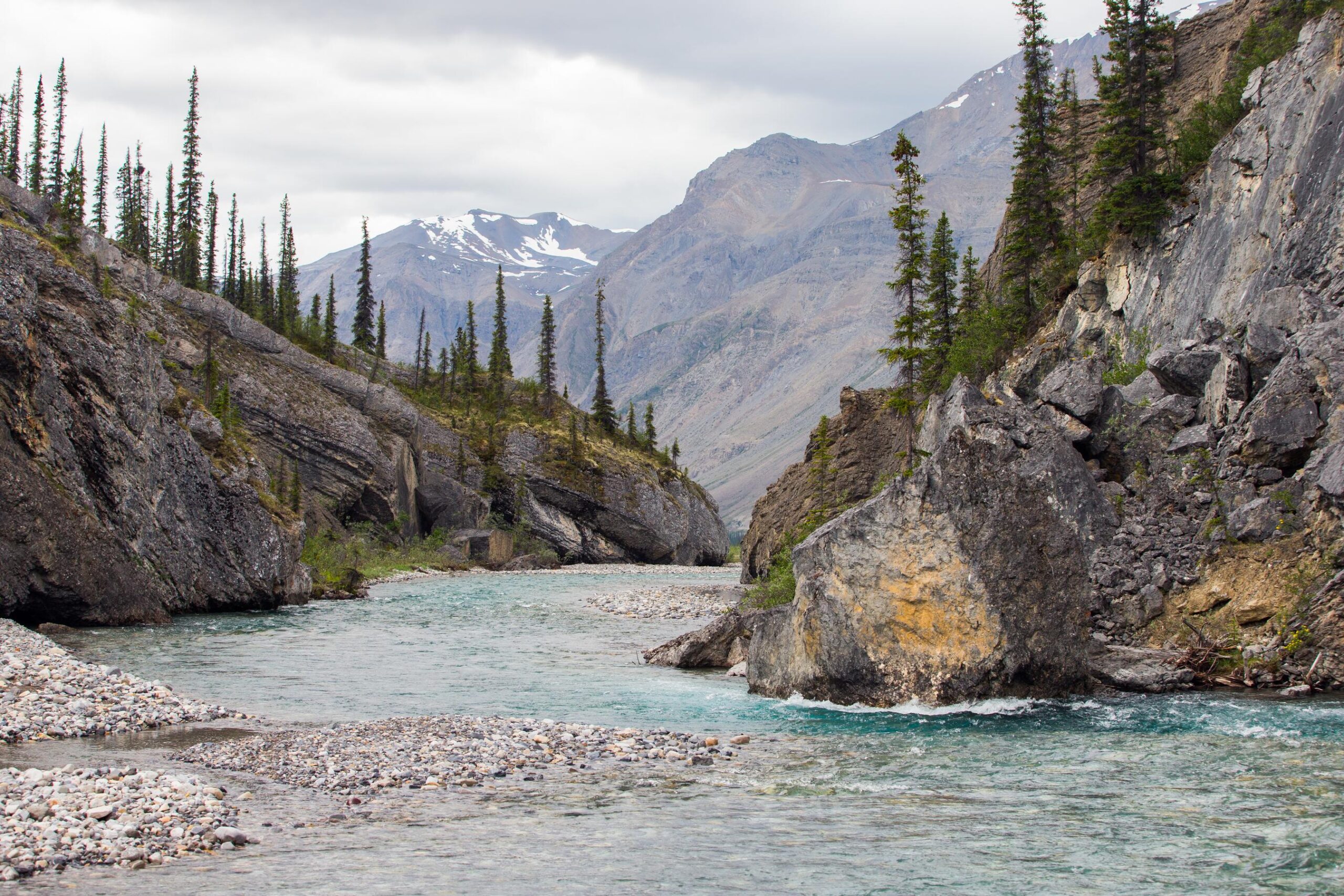 These seemingly supernatural deaths are only part of the mystery that Nahanni National Park is steeped in. Since the first Dene people settled there 10,000 years ago, the lore of hidden tropical gardens, mythical creatures, and spirits hiding in the park’s hot springs and tufa mounds abounded. “I once heard a Dehcho chief tell stories of an ancient giant of Gahnhthah (Rabbitkettle Hotsprings), who would cook his food in the springs,” says Joel Hibbard, owner of Nahanni Wild. Whether giants roam the park or not, the hot springs do hold special cultural significance for the Dehcho, who leave offerings like tobacco at the springs for good luck. It’s said if the springs are full, it’s an auspicious sign.

Later in the 19th century, UFO sightings and other strange lights were reported in the park, and to this day fringe bloggers obsessed with cryptids recount stories of Amphicyonidae—a predatory bear-dog hybrid that went extinct in the Pliocene period—prowling the valley, as well as signs of Bigfoot activity in forbidden parts of the park. Certain areas within Nahanni are closed to visitors because of their sensitive ecosystems or cultural significance for the indigenous Dene people. But some say the restrictions are as much about containing the park’s supernatural forces as they are about keeping people out.

“People will protect a legend, even if they’ve never seen it.”

While the headless deaths have all been confirmed by police reports and attributed to less mystical causes, the greed and rivalry that marked the Gold Rush era—as well as the brutal, dangerous reality of isolation in the wilderness—the lore simply remains part of Nahanni National Park’s mystery and allure. What is real, though, is the park’s sacred, mythological presence in the collective Canadian psyche, which may work to help protect the area from further mining and environmental exploitation. “People will protect a legend, even if they’ve never seen it,” notes Hartling, who’s also the founder of Nahanni River Adventures, in his book.

These haunting, other-worldly accounts also serve as an allegory for the terrifying void that is nature itself. The fear of the unknown in a wild, uncharted land is part of the siren song that explorers will always answer.