Antigua, Guatemala is famous for its colonial architecture and traditional textiles, but among the adventure crowd, it’s known as the starting point for one of the world’s most electrifying volcano hikes.

The three towering volcanoes surrounding Antigua make a dramatic backdrop for the colorful city in Guatemala’s central highlands. One is Acatenengo, Guatemala’s third-highest peak but number one when it comes to views. A hike up Acatenango earns you courtside seats to neighboring volcano Fuego’s regular eruptions. And while first glances of Fuego are impressive, it’s after dark, when the night sky illuminates its flowing lava, that hikers see just how spectacular their view is.

If sleeping next to one of Central America’s most active volcanoes isn’t on your bucket list, here’s why it should be.

INSIDER TIPBring a portable battery pack. You’ll be taking photos all day and night and most camps don’t have electric outlets. Don’t miss the chance to get your best shot of Fuego erupting because your camera or phone died.

On day one of the two-day trip, hikers ascend 5,000 feet through the volcano’s four ecosystems. The hike begins with a steep climb past farmers and their fertile lands and into the tropical cloud forest where gossamer moss hangs off every tree and dense flora provides welcome shade. Next, hikers move through a high alpine forest, catching the first panoramic views of the valley and highlands below. Finally, hikers greet the decidedly lunar volcanic zone where soft gravel-like ash falls away beneath their feet. 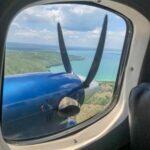 RELATED STORY
In a Country That So Many Are So Afraid Of, I Found a Paradise

Camp Next to an Active Volcano

Most of the tour companies’ base camps have standing tents and cots or built-in bunks for sleeping. It’s not quite glamping but it’s more luxurious than the sleeping bags on the cold, hard ground most of us are used to. Even so, a restful night snoozing next to one of Central America’s most active volcanoes is as likely as it sounds. The word booming comes to mind. But roasting marshmallows and sipping vino to the roar of an erupting volcano make camping on Acatenango easy to enjoy.

Catch Sunrise on One of Guatemala’s Highest Peaks

The second day begins at 4 a.m. to summit Acatenango in time for sunrise. With an elevation of 13,045 feet, the usual linen pants and breezy tops of Antigua just won’t cut it. Hikers trade ‘em out for supplied parkas, hats, gloves, and scarves to see the sunrise on one of the country’s highest peaks. Dressed in full snow gear to protect against the cold, guides grin at the shivering gringos in their basketball shorts and leggings. But for hikers who make the summit in time to watch the sunrise and filter through the gauzy clouds, the biting wind and frost-nipped nose matter little. High fives and hugs abound and will warm you up in no time. 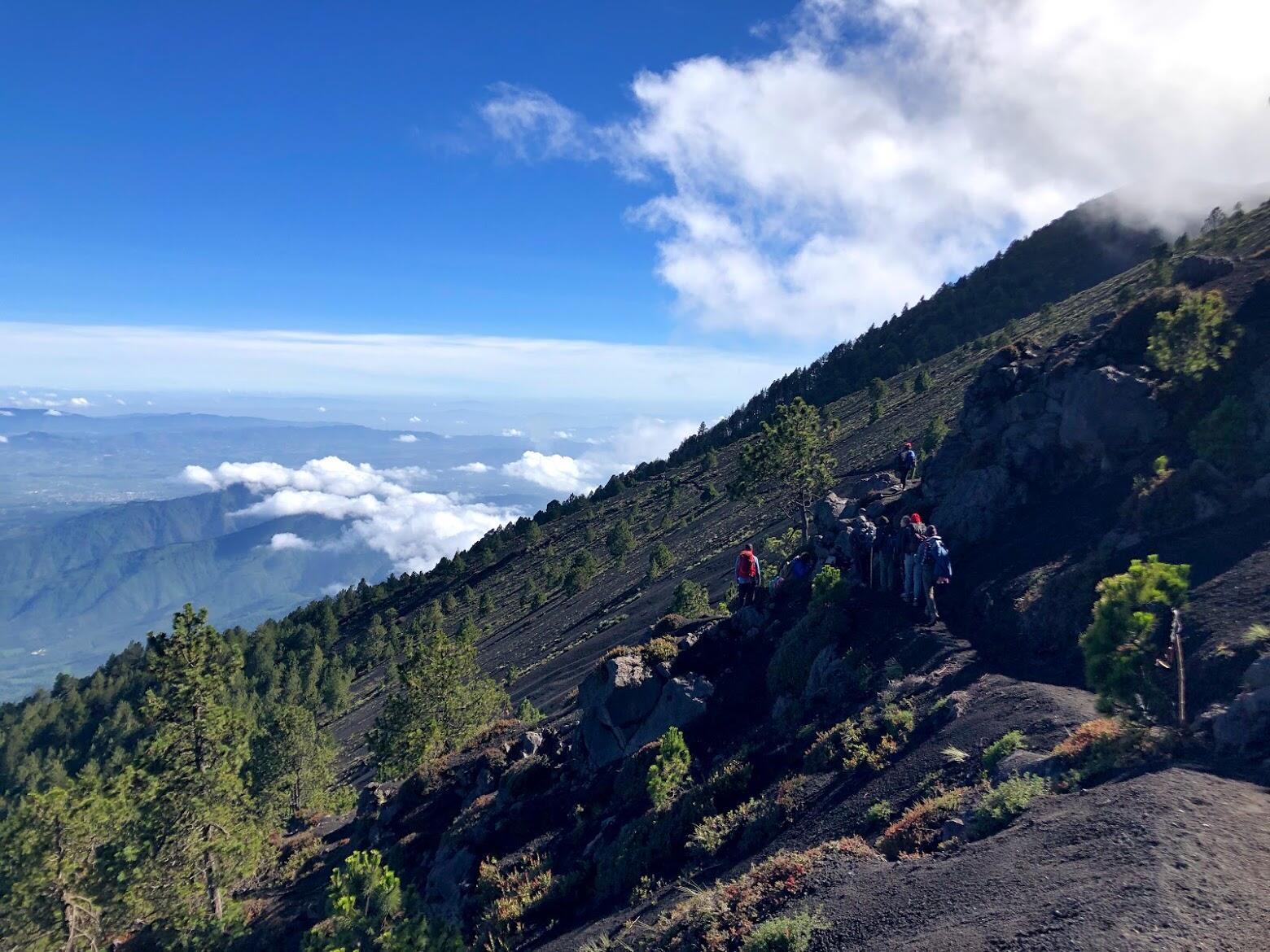 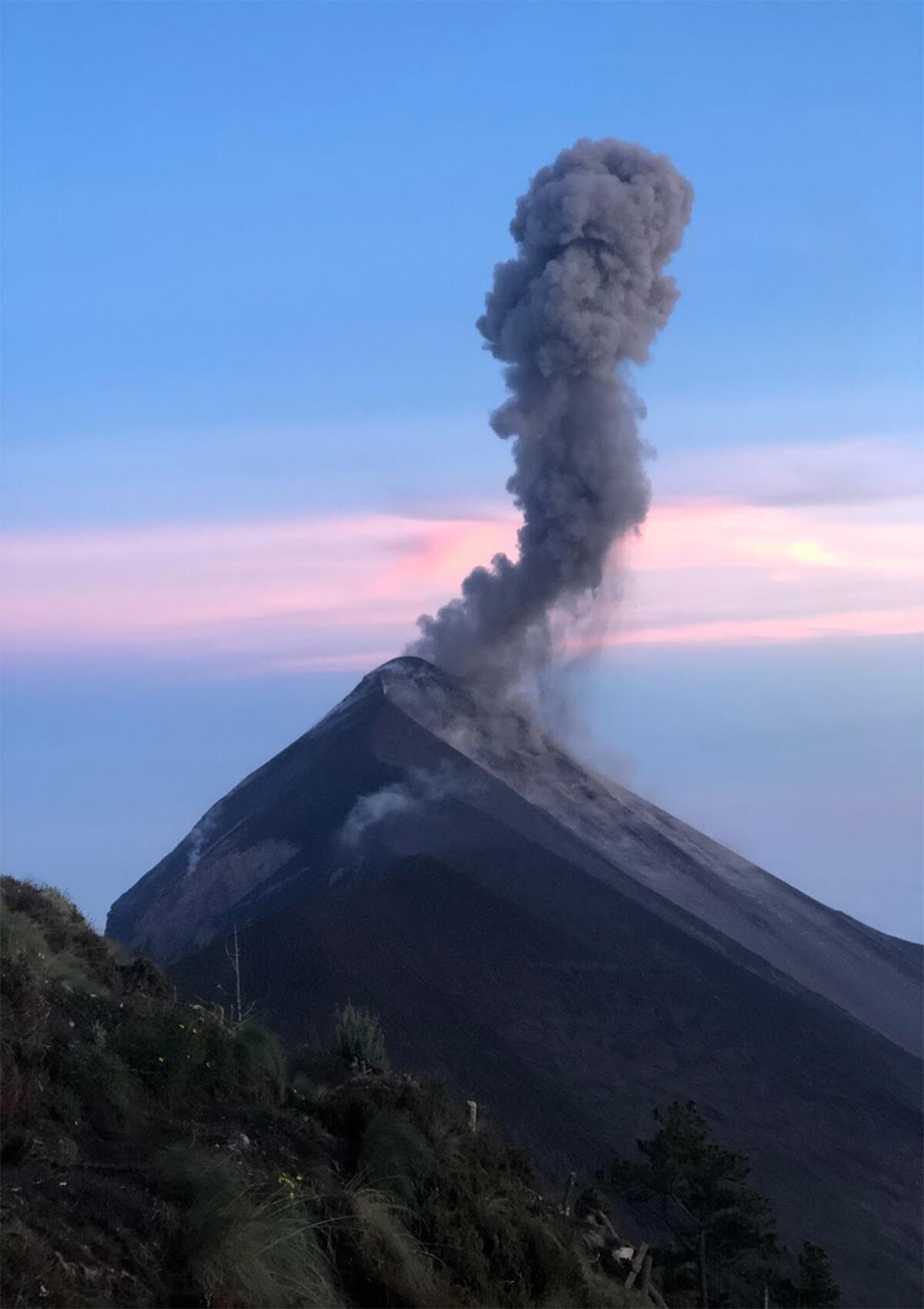 Get a Healthy Ego Check

We all think we’re reasonably fit. We’re not, but still, the myth persists. It’s good to face the music sometimes with a feat of endurance that reveals our actual abilities. With its varied terrain and thin air, Acatenango is a demanding hike for even the most experienced hikers. All of which is to say, the hike will check your ego real fast. Don’t worry, day two’s sunrise hike and trip down the volcano will reinflate it back to a comfortable size in no time.

Take in All the Views

A volcano spewing red-hot lava into the night sky is a display of power unlike any other natural event you’ve experienced. It’s entrancing and terrifying and thunderous—and keeps you wanting more. If you’re lucky enough to have clear weather on your night at basecamp, you’ll witness the explosivity of Mother Nature in Fuego’s fiery eruptions from only a mile away. And while lava hurtling into the night sky is the trip’s most novel view, it’s not the only one. Hikers get expansive views of Guatemala’s central highlands as they reach the alpine forest on day one and the sunrise summit hike of day two gives a glimpse of life above the cloud-line.

Neighboring Fuego had a massive pyroclastic eruption in June of 2018, killing and displacing hundreds of Guatemalans. Guides for the Acatenango hike live in surrounding areas, and I found they were eager to share their stories—stories that put the death toll much higher. Hikers shouldn’t fear for their own safety—the lava travel down Fuego, not Acatenango—but rather be open to hearing about the devastation to communities from the people who experienced it firsthand. Personal stories have a way of affecting us differently than news and online coverage.

Acatenango is a poignant and visceral reminder that everything worth having is worth working for. The whole way up, you’ll cross paths with Guatemalans who will smile, nod, and say “vale la pena”—it’s worth it. Accomplish this trek and you’ll experience what they mean directly. You’ll be hot, sweaty, and mildly annoyed most of the time, and as night falls, you’ll be cold, wind-burned, and begging for a sip of sunshine. But all along you’ll be surrounded by new friends and your knowledgeable guides. You’ll push yourself to the point of exhaustion and be rewarded handsomely.