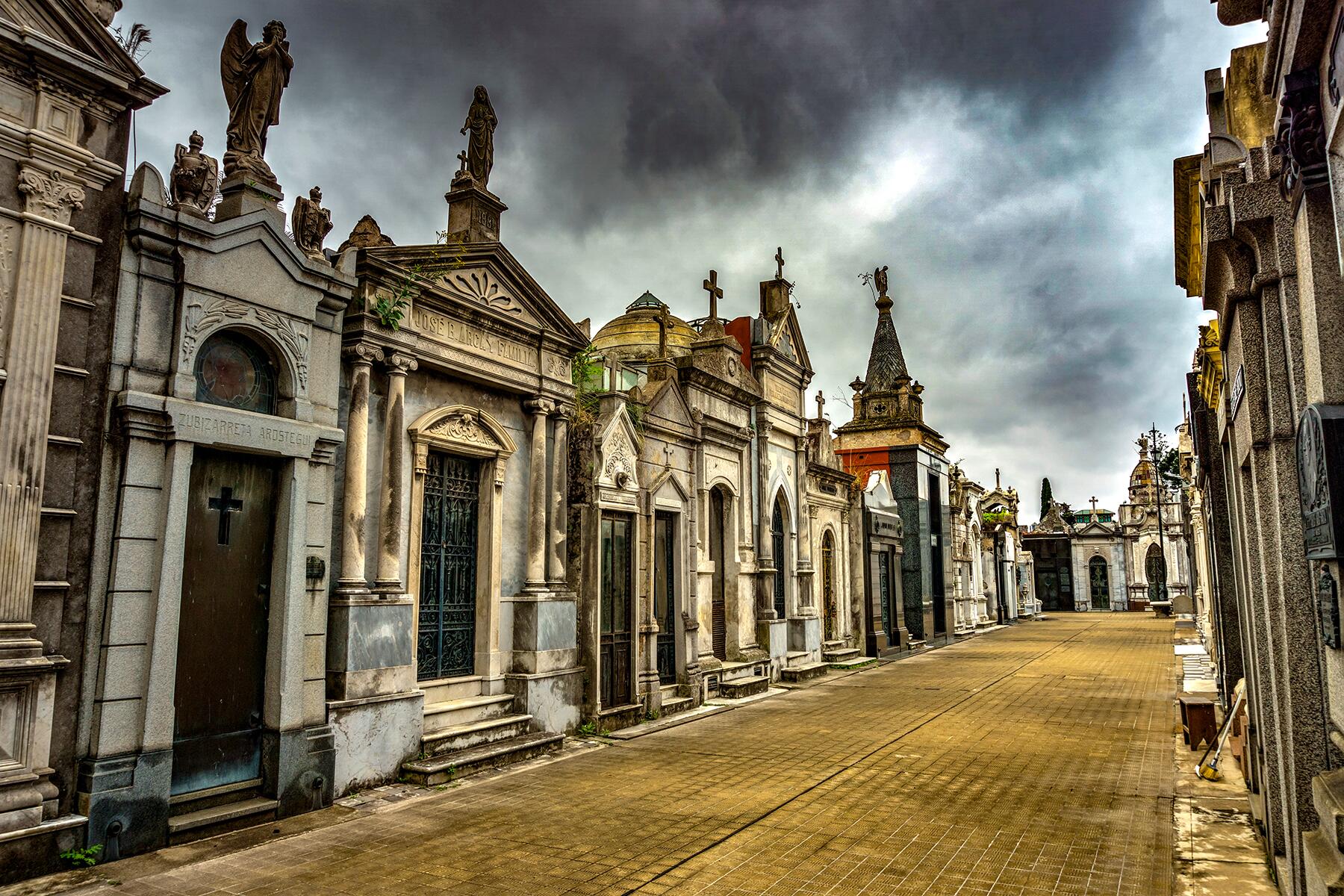 Mexico has the most active Guinness World Records in Latin America, and Guadalajara contributes generously to the burgeoning list.

Ever wondered where the world’s largest simultaneous lasso twirling took place? That would be in Guadalajara, Mexico’s second-largest city. This history-rich metropolis is the capital of Jalisco, a Mexican state with many “firsts.” Tequila was invented there, and it’s also the birthplace of mariachi and charrería, the local tradition of rodeo and horsemanship that became the national sport in 1933. Guadalajara has a spot on many covetable lists, but perhaps the most surprising is the city’s collection of quirky Guinness World Records.

From using 66 pounds of glue to create the world’s largest bead mosaic image to the largest gathering of lavishly adorned female rodeo queens between the ages of five and 50, Guadalajara currently boasts about a dozen Guinness World Records. Delightfully, many of these feats were achieved during the annual International Mariachi and Charrería Festival to flaunt the city’s proud heritage. Read on for a chronological showcase of these outstanding accomplishments that make Guadalajara one of the best places to experience Mexican traditions.

Record for the Fastest Food Service of “Meat in its Juices”

The Karne Garibaldi restaurant chain does one thing well: carne en su jugo. Translating to “meat in its juices,” this titillating local specialty is the only main course on the menu at the Guadalajara institution that dates back to 1970. This narrow focus has allowed them to flourish in other areas—particularly service. On August 31, 1996, waiters there served up a complete menu in just 13.5 seconds, thus breaking the Guinness World Record for fastest ever food service. Visit any of their branches in and around Guadalajara if you wish to sample this decadent meaty broth and have zero time to waste.

“Some people call us the cowboys of Mexico.”

Jesús Mora is a tour guide and proud charro (male herder) who has been part of Charros de Jalisco for decades. For the unacquainted, charrería is an equestrian tradition and sport that emerged from livestock herding communities. These caballeros (horsemen) don wide-brimmed sombreros (hats) and are highly skilled at bull reining and the artful lasso trick called floreando la soga. In 2010, 69 people set the record for the most simultaneous lasso twirls, a task that Mora outlines are no easy feat. “Lassoing is not very straightforward; it’s much harder than it looks.”

Record for the Largest Gathering of Escaramuzas

Akin to synchronized swimming on horses, Escaramuzas are rodeo queens that perform intricately choreographed dances that meld athleticism, discipline, and power. “Wearing big bright skirts, they ride with both legs on the same side, and they dance in a big circle with their horses,” Mora highlights. Escaramuzas are female charros, and it’s a tradition that typically begins in childhood. Jesús Mora’s daughter started riding at just six months old. To celebrate these equestrian ballerinas, Guadalajara’s chamber of commerce assembled 129 women and girls for a 17-minute and 25-second performance in 2012, and it was the largest gathering of escaramuzas in one lienzo (charrería stadium) to date.

Record for the Most Mariachis Performing Together

Originating in Jalisco, mariachi music is one of the most emblematic elements of Mexican culture. Its themes revolve around love, passion, bravery, duty, pride, and heartbreak, and the colorful, showstopping costumes actually stem from the artisan-made attire that charros wear. In 2011, mariachi was added to UNESCO’s Intangible Cultural Heritage list, and two years later, during the 20th annual International Mariachi and Charrería Festival in Guadalajara, 700 musicians gathered for a rousing, record-breaking serenade. Throughout the year, you can meet these singing Tapatíos (Guadalajara natives) in Plaza de Los Mariachis, where they often belt out soul-stirring folkloric songs.

Record for the Largest Gathering of People Dressed as Jimadores

Tequila is Jalisco’s gift to the world and the jimadores are the industry’s unsung heroes. These skilled craftsmen harvest the blue agave plant that tequila is made from with a “coa” (a razor-sharp tool), cutting off the bitter leaves until only the plant’s heart remains. In September 2015, during the sensational party that is the Mariachi and Charrería Festival, 251 jimadores (hee-ma-door-ez) gathered for an arresting sight: a sea of men clad in traditional white outfits tinged with red neckties and belts working in near unison.

Record for the Largest Papier-Mâché Sculpture

The city’s annual Encuentro Internacional del Mariachi y la Charrería is a colorful showcase with fresh surprises each year. “The festival is really a spectacular show,” says Jesús Mora, who has been attending the event since its infancy in 1994. “We have music, dancers, actors, horses, charros, and mariachis,” he adds.

In 2017, a mariachi singer appeared in the shape of a 12-foot, 6.43-inch papier-mâché sculpture. The creation—one of nine exhibited—depicted a towering mariachi musician playing the harp. The statuesque, brown craft paper figurine was also 3-foot 9.59 inches wide, and it landed Guadalajara’s chamber of commerce the superlative award for the largest papier-mâché sculpture in the world.

The Dulces De La Rosa sweets company made delicious history in 2018 when 70 people gathered to prepare the world’s largest mazapán (peanut marzipan) candy. Not to be confused with the record for the largest pistachio marzipan sweet (which was set at a Syrian stadium in 2003), this record was accomplished in Guadalajara’s Plaza Fundadores using over 4,000 kilos of peanut, 4,342 kilos of sugar, flavoring and very little water. The gigantic confection eventually weighed 8,296.1 kilos (18,289.77 pounds), and the Jalisco-based candy company subsequently donated 100-gram chunks of the crumbly delight to members of the public.

Record for the Largest Bead Mosaic Image Ever Made

Guadalajara beaded its way to another Guinness World Record in 2018 when 15 artists took about 780 hours to create the largest mosaic image ever made out of beads. Like all previous attempts organized during Guadalajara’s mariachi and charrería festival, this mosaic had connections to the region’s rich traditions. Wixáritari craftsmen from within the state used chaquiras—small plastic beads—to create the mosaic, which depicted a figure of a charro and a woman in traditional dress from Jalisco flanked by brightly-colored leaves and shapes. Incredibly, the 450 kilos (992.08 pounds) of beads were affixed to multiple wooden boards by hand using 30 kilos (66.13 pounds) of glue.

It took 1,486 thirsty merrymakers to break the record for the largest tequila tasting in the world. The alfresco affair took place in 2019 at Guadalajara’s Plaza de la Liberación with tequila lovers concurrently sampling three varieties of the distillate: blanco, reposado and añejo. Tequila is an intricate part of Tapatío culture, and you can enjoy the tipple in Guadalajara at a tequila restaurant, by touring a distillery, or by taking the Mundo Cuervo Express train to the town of Tequila, where the drink originated.

To qualify for a Guinness World Record and become “officially amazing,” entries must be measurable and breakable. In 2019 Guadalajara broke its own record for the largest Mexican folk dance. Back in 2011, the city had assembled 457 dancers for a folk ball during the annual mariachi and charrería festival. This time around, an impressive 882 men and women gathered in dazzling traditional costumes (which were also rated) during the chamber of commerce-organized event. The dancers were only required to complete a choreographed routine for five straight minutes, but they swayed, smiled, and stamped on for six minutes and 50 seconds in total.