5 Reasons to Go to Slovenia

Bordered by four more-popular countries—Italy, Croatia, Austria, and Hungary—Slovenia tends to be overlooked as a worthy destination. But this multicultural country has much to offer, from colossal caves and peaceful countryside gorges to hip cities like Ljubljana (pronounced “Loob-lee-ah-nah”). Here are five reasons to get your next passport stamp in Slovenia. 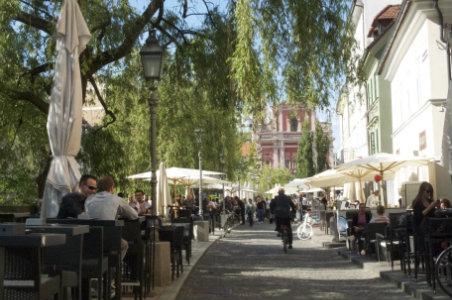 Ljubljana, the country's capital, may be hard to say and spell, but it's easy to love. The most compelling reason can be found in its hipster quotient, which is on full display at BiKoFe Bar (Zidovska Steza 2) in the city's Old Town. It's here that local bands like the Vasko Atanasovski Trio play their Hava Nagila-meets-The Roots tunes outside on the cobblestoned corner, attracting such large crowds that the cops' arrival is inevitable. Throughout the easily walkable city, which is divided at the Triple Bridge near Preseren Square, graffiti adorns stone walls and contemporary art is on display at Mestna galerija Ljubljana (free entry). While there are produce markets to shop and a castle to visit at the top of town, you'd be forgiven for just sleeping late at the central and contemporary City Hotel (rooms from $100), then watching the passersby at a cool riverside cafe like TOZD (Gallusovo nabrezje 27).

Make a Wish in the Middle of a Lake 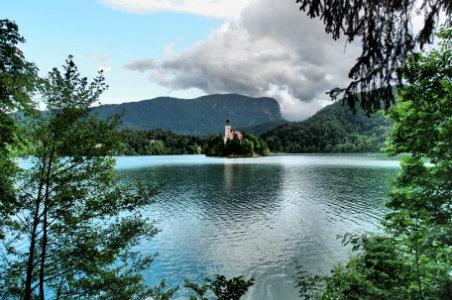 An easy 40-minute bus ride from the capital takes you to this peaceful countryside resort town, which is most famous for its “Island” (Otok) in the center of Lake Bled. Reachable only by pletna (flat-bottomed, centuries-old wooden boats hand-steered by oarsmen), which can be hired for $16 round-trip, legend has it that if you ring the bell inside the castle's Church of the Assumption and make a wish, it'll come true. There are 98 steps leading up to the church, and for years grooms have been carrying brides up the steps to assure a long and happy life together. Alternatively, take a leisurely, three-mile walk around the lake just before sunset, when the views are the most stunning. Restaurants such as Okarina offer a personable, homey atmosphere with tasty food, while cozy hideaway Hotel Berc (rooms from $80) provides reasonable rooms above the lake (free bike rental and breakfast included). For those who have more to spend, try Vila Istra (rooms for $350) and wake up inside a fairytale. 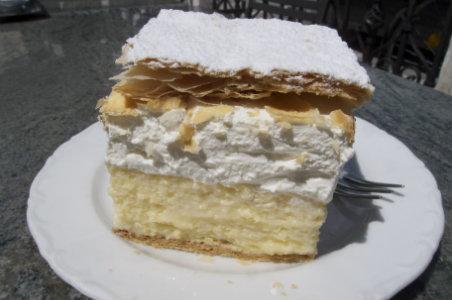 Influences from the four neighboring countries seep into Slovenia, predominantly evident in its food. But while gelato and Prsut (cured ham) are plentiful, its native sweets deserve the most attention. The decades-old Kremna rezina, found only in Bled, features a layer of cream and a thick layer of vanilla custard sandwiched between slices of thin crispy pastry. Each restaurant in town touts its own slice, but Park Hotel claims to have baked the original in 1953—and continues to turn out millions of “the best” bite around. The slice at small bakery Slascicarna Smon above town is a close second. Then, there's Prekmurska gibanica, a heftier sweet treat that features apples, raisins, and walnuts with ricotta filling. Try a piece at Gujzina (Mestni Trg 19) in Ljubljana and you won't need to eat for days. 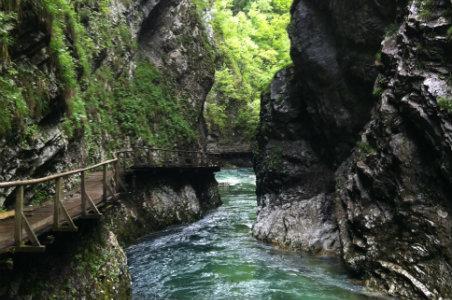 Known as “Little Plitvice,” Vintgar Gorge is a smaller version of Croatia's enormous Plitvice Lakes National Park and easily accessible from Lake Bled by foot, car, or bike. (Insider tip: Go by two wheels. From Bled, you'll ride about two miles through wide-open fields of dandelions with views of the Julian Alps in the background.) This beautiful park with a mere $5 entrance fee is quiet, unpopulated, and completely underrated. You'll spend at least a couple of hours traipsing over its wooden planks and narrow walkways that twist and turn along a mile-long pathway en route to a breathtaking waterfall. Walk back the same way, or continue hiking behind the small cafe and bathroom towards Katarina Bled for a half-hour hike back into town.

Get Lost in The Underground 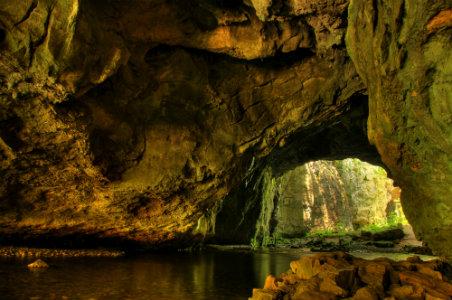 Venture about 90 minutes by rail from Ljubljana into Slovenia's Karst region to marvel at the vast canyons and rushing underground river of Skocjan Caves, a UNESCO World Heritage Site. Recently renovated in 2011, the site now sees nearly 100,000 visitors a year. While a guided tour is mandatory and takes about two hours to complete, the $20 ticket is well worth the Indiana Jones-esque adventure. Hold onto your hat while looking up at the limestone formations in the canyons and taverns—it's a long way down.

Sara Lieberman is a journalist based in New York City. Her work has appeared in Hemispheres, Rhapsody, the Daily Beast, Page Six Magazine and more. Her musings on self-discovery while discovering the world can be found on her blog, News Girl About Towns.