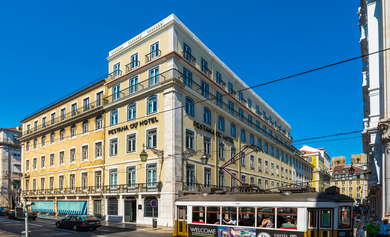 Nobody has ever accused Portuguese soccer star Cristiano Ronaldo of being modest, and the photogenic player has created perhaps the ultimate vanity project in his collaboration with the upmarket Portuguese hotel chain Pestana. Named for the player's initials and shirt number, the first CR7 hotel opened in 2016 in Ronaldo's home town of Funchal, Madeira, and this slick Lisbon opening followed shortly after. Gimmicky it may be, but the hotel has plenty of modern flair, and the location close to the downtown waterfront is perfect for sightseeing, shopping, and nightlife. Those who aren't enamored of Ronaldo's slick style would be wise to look elsewhere, though, as images of his chiseled face fill the walls, and the look here is very much soccer chic.

YOU SHOULD KNOW Don't expect to see Ronaldo strolling the corridors here--his involvement is largely hands-off--although he had a hand in the design.

The bright rooms follow a contemporary Art Deco design, and, while not huge, have comfortable double beds, effective air conditioning and soundproofing, and suitably high-tech features such as large flat screen TVs and very fast Wi-Fi.

The hotel also provides courtesy cell phones, with internet access, so guests can get online even outside the hotel. 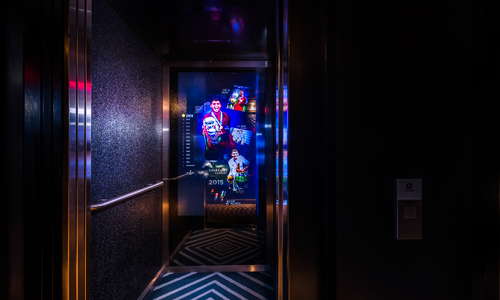 With their disco-style colored lighting, the compact bathrooms at CR7 Lisboa may not appeal to everyone, but the showers are powerful and their are plenty of free toiletries (what else would one expect from a hotel dedicated to such an impeccably-turned out player?).

YOU SHOULD KNOW The layout of some rooms means longer-legged guests may struggle to close the bathroom door while using the toilet.

A wealth of Ronaldo-themed memorabilia awaits visitors arriving at the CR7 Lisboa, and the uniformly young, smart and attractive staff greet new arrivals with a smile. Big screens show sports channels (what else?). The lobby bar is a super-modern space, and the flattering low lighting could turn mere mortals into Supremely Beautiful People after a couple of cocktails. There's even table football, for those who want to play at being soccer superstars (but at a table and not with their actual whole body). 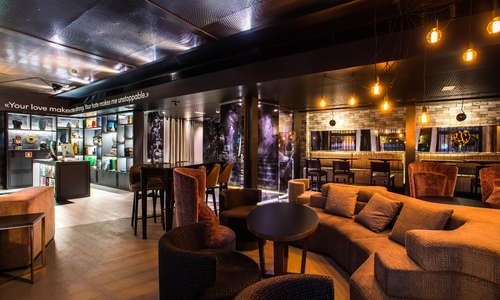 As one would hope for a sports-themed hotel, there's a well-equipped gym at the hotel, and staff are happy to point guests in the direction of the best spots for running along the riverfront.

Breakfast is served at the lobby level Corner Bar & Bistro which is roughly divided into a lively cocktail bar, where DJs play ambient sounds, and a quieter dining area. Expect mini-hamburgers, filled potato skins and other bar snacks, as well as steaks, fish, and a handful of traditional Portuguese dishes such as seafood stews.

YOU SHOULD KNOW Prices are very reasonable given that this is a hotel restaurant at the heart of the tourist center. 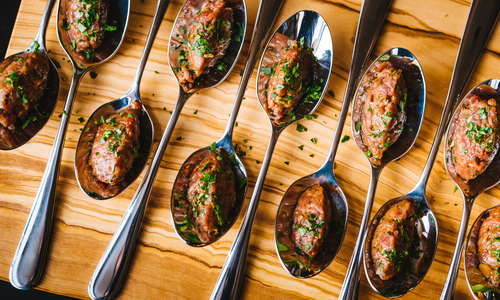 With big screens showing major sports matches, the Corner bar is family friendly by day, and has a lively cocktail bar vibe after dark, with the mixologists taking great pride in their creations. 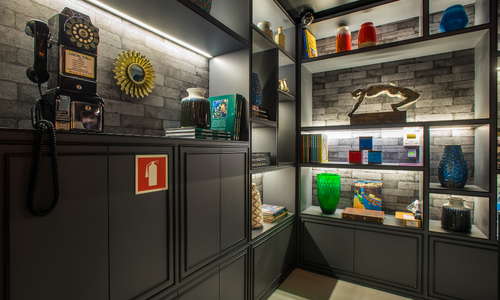 Guests at CR7 Lisboa are very well placed for exploring the city on foot or by public transport. Trams and the Aerobus airport transfer stop at Praça do Comércio, which also has a metro station, and it's just a few minutes' stroll to Cais Sodre, where a transport hub has trains to Belem, Estoril and Cascais and ferries across the river to Cacilhas (connections to the beaches of Sesimbra and the outdoor attractions of Arrabida national park). Exploring on foot is a pleasure in this flat part of town, and much of Lisbon life spans out from here.

You know you're in Lisbon when you discover an entire restaurant dedicated to dishes made with tinned fish. At Can the Can (3-minute walk) the iconic canned sardines, tuna etc are served in various guises to surprisingly tasty effect, and a good cocktail list combined with outdoor seating on the plaza ups the enjoyment level. For a greater variety of Portuguese tastes, head to Mercado da Ribeira (10-minute walk) where a gourmet food hall offers a chance to try everything from "octopus hot dogs" to delicious chocolate cakes.

The bars on Praça do Comércio are all fine for an afternoon's tipple, but none are truly standout. Head to the waterfront to sink into a sun lounger and sip Sangria at Quiosque das Naus (5-minute walk), before heading down to "Pink Street" (Rua Nova do Carvalho, 10-minute walk) to take your pick from the many bars and mingle at the after-hours street parties.

Fans of Cristiano Ronaldo will absolutely love this homage to the man and his sport, but the smart design, central location and good facilities mean the hotel's appeal isn't limited to Ronaldo's admirers. Staff are friendly, the decor is colorful and modern, and the transport links are excellent. For a family trip to Lisbon, this is a good bet, as footy-loving kids and teens are sure to lap up the sporty theme. Despite being owned by a major chain, it's small enough to maintain a personal feel. 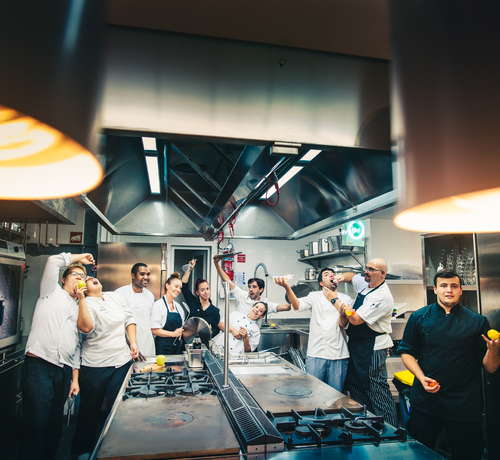 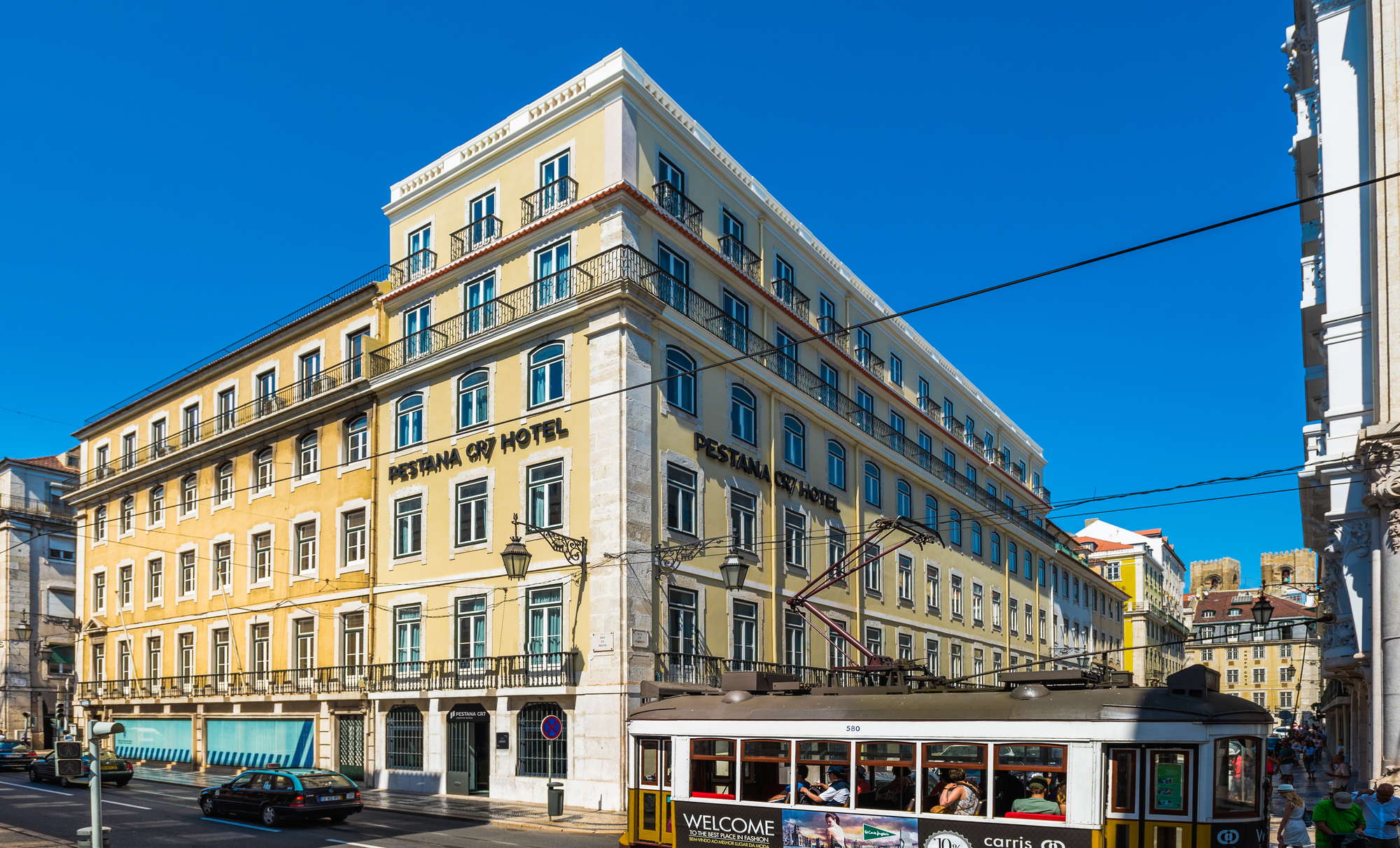 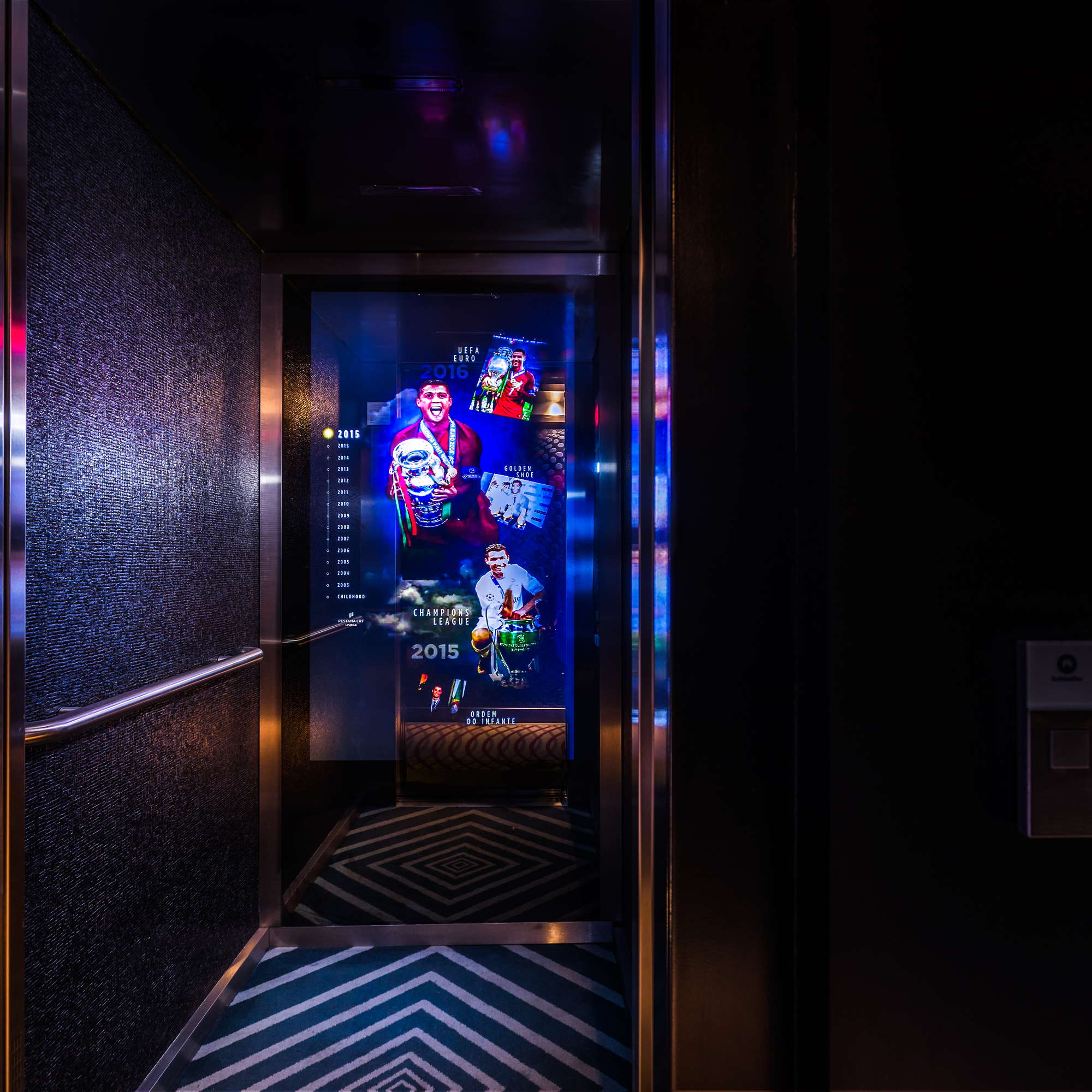 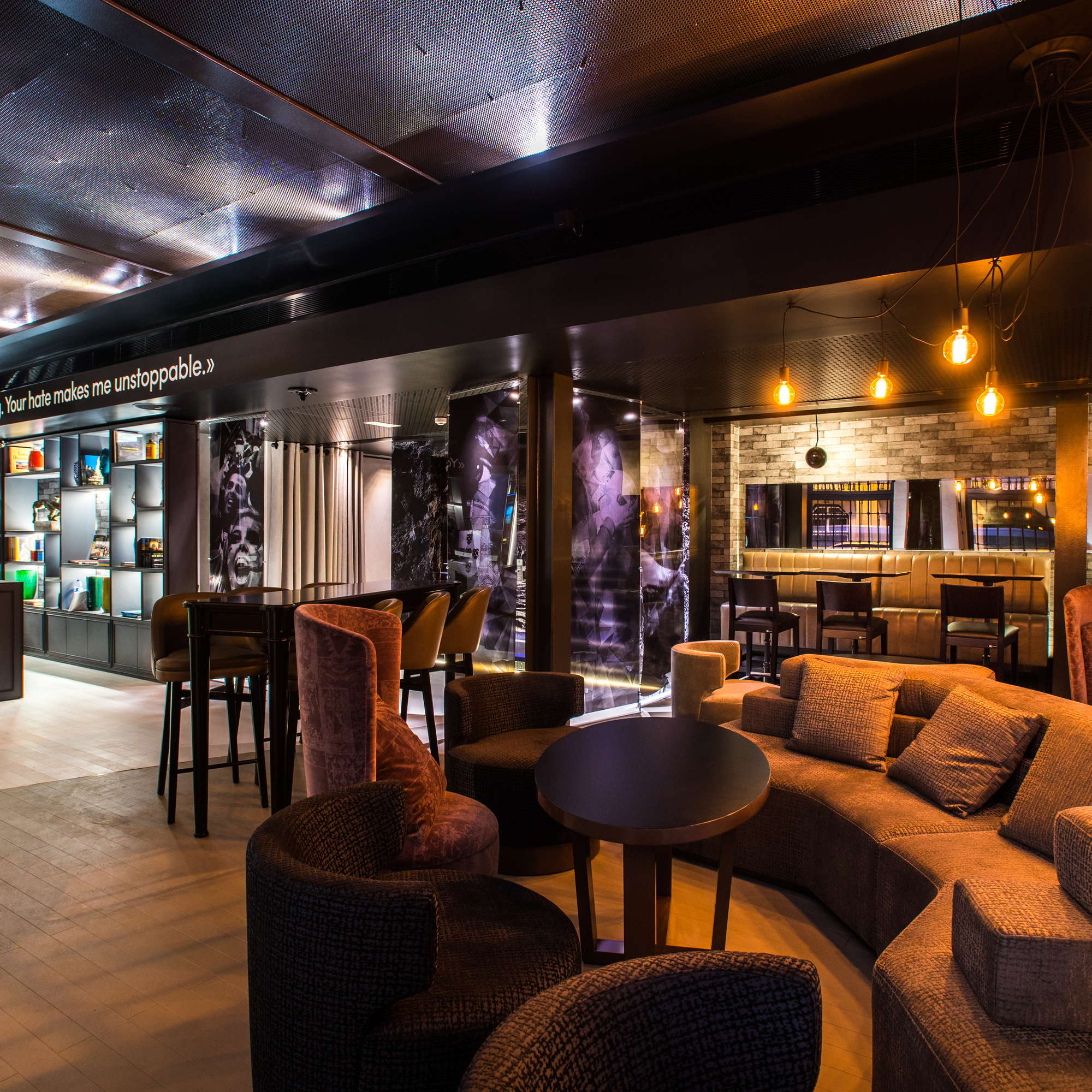 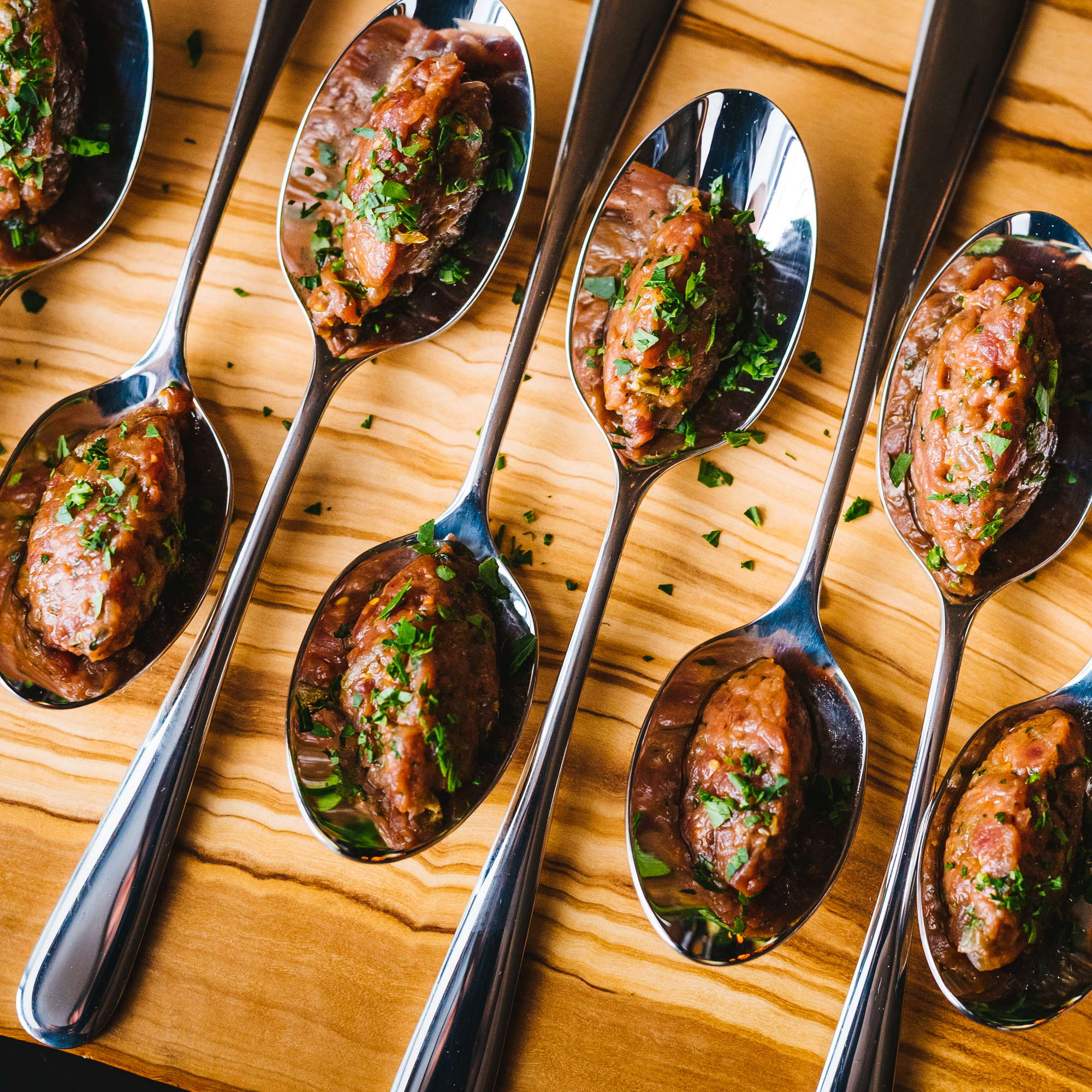 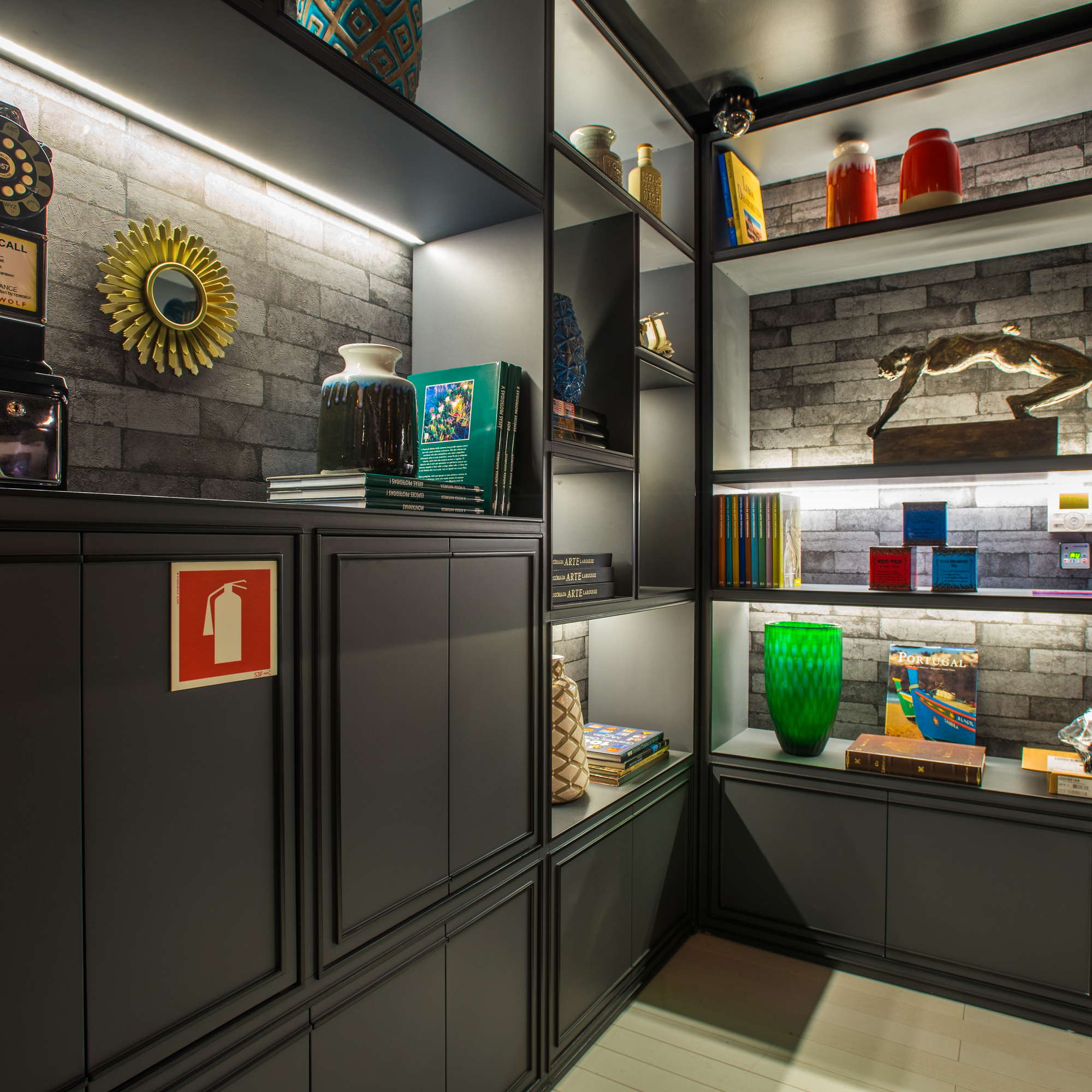