The nation of Ireland itself could be considered a work of art, such is its natural beauty. But the Emerald Isle is also home to a wide range of manmade art, from the medieval era through the present. For art lovers, there’s no better place to take it all in than in Dublin, with its world-class museums and galleries. So put down your Guinness (or your single-malt Teeling), take a breath of fresh air along the Quayside, and head to these places to see great art in Dublin. 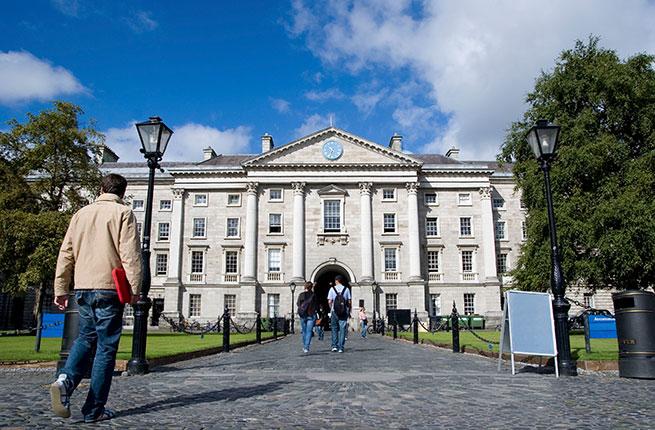 Artists regularly trash works in their studio if and when they feel it doesn’t gel with their larger practice. So imagine a single book that has not only survived the patience of a group of skilled artisans, but Viking invasions, devastating fires, and crippling diseases . . . all before 1200 A.D.  This brilliantly illuminated manuscript contains the Four Gospels of the common Bible. It was so magnificent in detail and scope of craftsmanship that it is thought to be used more for an ornamental purpose rather than as an educational tool for the faithful. Today it rests in the library at Trinity College (where it has been kept since the 19th century). Keep an eye out for the overwhelmingly beautiful “Chi Rho” monogram, where the Greek letters standing for “Christ” consume an entire page in garnet, gold, and dark umber colors. Upon emerging from the dark room where the book is held, let your breath be taken away again once inside The Long Room Library. 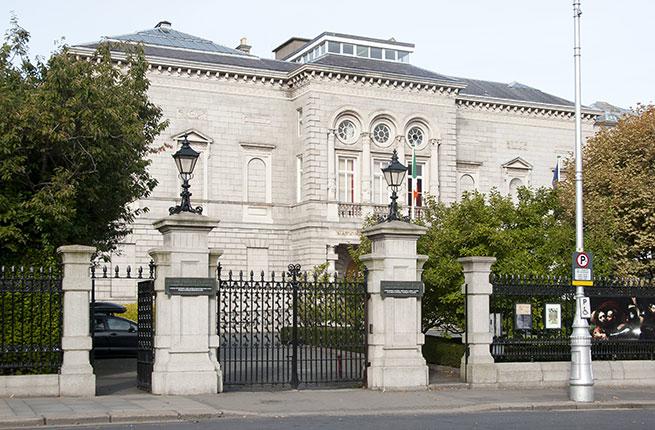 Mere steps away from Trinity College, in front of Merrion Square, is the National Gallery of Ireland, which holds works from around the Western world. The gallery did not have its own collection upon its founding in 1854, but over the years has built up a trove of works from masters such as Caravaggio, Velázquez, Picasso, Monet, Delacroix, Titian, Van Dyck, and Reynolds. A recently discovered work by Irish impressionist Aloysius O’Kelly is now on long-term loan to the Gallery, reflecting a secretive Catholic Mass held in a cabin in the West Country of Ireland. Best of all, entrance to the Gallery is free of charge. 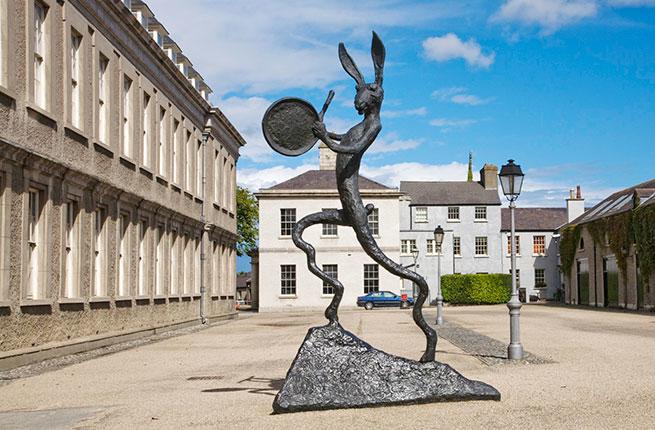 In 1991, Taoiseach Charles J. Haughey officially opened the Irish Museum of Modern Art, housed at the 17th-century Royal Hospital of Kilmainham. The building is architecturally stunning, based on Les Invalides in Paris, and its former stables have been converted, restored, and extended to offer massive viewing spaces and a museum-run artist-in-residence studio. Artists featured in the museum’s permanent collection include Marina Abramović, Louise Bourgeois, Chuck Close, Jasper Johns, and Ed Ruscha. Irish artists of note in the collection include Dorothy Cross, Willie Doherty, Sean Scully, and Mick O’Dea. 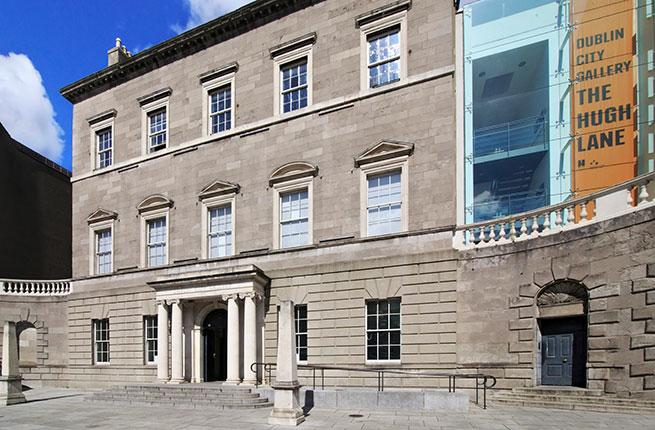 Not only is Dublin City Gallery The Hugh Lane an active charity and house for international modern and contemporary art, but it is also where Francis Bacon’s original studio is now permanently housed after it was transferred (in its entirety, including walls, floors, ceiling, objects, and even the dust) from London to Dublin. A full catalogue of the artist’s work is held at the gallery, and it (and the larger collection) is free and open to the public. Works by Edgar Degas, Agnes Martin, Ellsworth Kelly, Joseph Beuys, and Berthe Morisot are only some of the highlights of the gallery’s permanent collection.

For those who are plugged in to the most current waves of contemporary art, there is a healthy offering of galleries that have achieved global recognition. Kerlin Gallery’s formidable roster includes artists such as Dorothy Cross, Willie Doherty, David Godbold, and Richard Gorman. Kevin Kavanagh Gallery’s international program has shown at major art fairs held in Basel, Brussels, Madrid, and Miami. The quirky project called mother’s tankstation has been a celebrated incubator of contemporary art at the Frieze London, Art Basel (in Basel, Miami Beach, and Hong Kong), FIAC (Paris), and NADA (New Art Dealers Alliance) art fairs. Taylor Galleries has been based in the city since 1978 and shows an array of 20th- and 21st-century paintings, sculptures, prints, and works on paper by Irish artists.