August 2020, Jökulsárlón. A lone seal reclines on a chunk of ice under an almost cloudless cerulean sky. Its eyes hold our gaze as we putter around in the Zodiac boat, circling slowly to make sure everyone on board gets a photo. The icebergs that litter this extraordinary lagoon are equally captivating, some translucent turquoise, others striped with black ash. Everyone is satisfied when we finally head back to shore, and why wouldn’t they be? This is one of Iceland’s most popular tourist attractions after all.

It was just as I remembered it from the last time I was here, save for one tiny detail—I’d arrived in peak season with no booking, yet boarded right away. Just 12 months earlier, I’d have been laughed out of the parking lot. In recent years, Iceland’s visitor numbers have risen exponentially, enjoying consecutive growth for nine years. It peaked at 2.3 million in 2018, not bad for a country with a population of just 357,000. It trailed off slightly in 2019, but tourism’s contribution to Icelandic GDP remained steady, at about 8%. All that changed in 2020: thanks to the pandemic, visitor numbers fell off a cliff.

Hotel owners across the country struggled to fill rooms. The industry hit rock bottom in April when the hotel occupancy rate plummeted to just 3%. Overall, there was a 75.8% decrease in foreign visitors from 2019 to 2020. Big chains made staff redundant and many locally-managed guesthouses had no choice but to close up early for the season.

But there’s always a silver lining…restrictions on international travel gave Icelanders the opportunity to rediscover their own country.

But there’s always a silver lining. Sigga Dögg Guðmundsdóttir from Visit Iceland says restrictions on international travel gave Icelanders the opportunity to rediscover their own country. Pre-COVID, domestic tourists represented about 13% of the total. But in 2020, instead of flying off to warmer climes, they took staycations. This winter, the ski resorts of North Iceland have had a bumper season as widespread coronavirus restrictions again force Icelanders to rethink plans to holiday abroad. It’s a reminder that Iceland should be viewed as a year-round destination. “We want to decrease seasonality because that helps sustainability,” Sigga says.

In South Iceland, Sophia Fingerhut, who manages Glacier Horses, holds the view that the pandemic gave smaller tourism businesses breathing space and a chance to take stock. “Tourism was going crazy,” she says. “This year has been a reset.” For the first time in years, she hasn’t had to turn customers away. As riding tours take place outdoors and horses naturally take care of social distancing, the business proved more resilient than some in the industry. She’s been able to enjoy her job free of the crippling administrative workload that threatened to suck the fun out of it.

The pandemic’s a chance for every business to view itself as a start-up and take stock. In the north of the country, Líney Gylfadóttir of Húsavík whale watching-outfit North Sailing agrees that the downturn should be seen as an opportunity to bring tourism back into balance. Alongside traditional oak boats, North Sailing currently operates an electric hybrid sailboat. “There is no feeling better than sailing in complete silence among the whales, knowing that you’ll leave no carbon footprint,” she says. The company sees a more sustainable future ahead and hopes to add other such vessels to their fleet as tourism picks up. 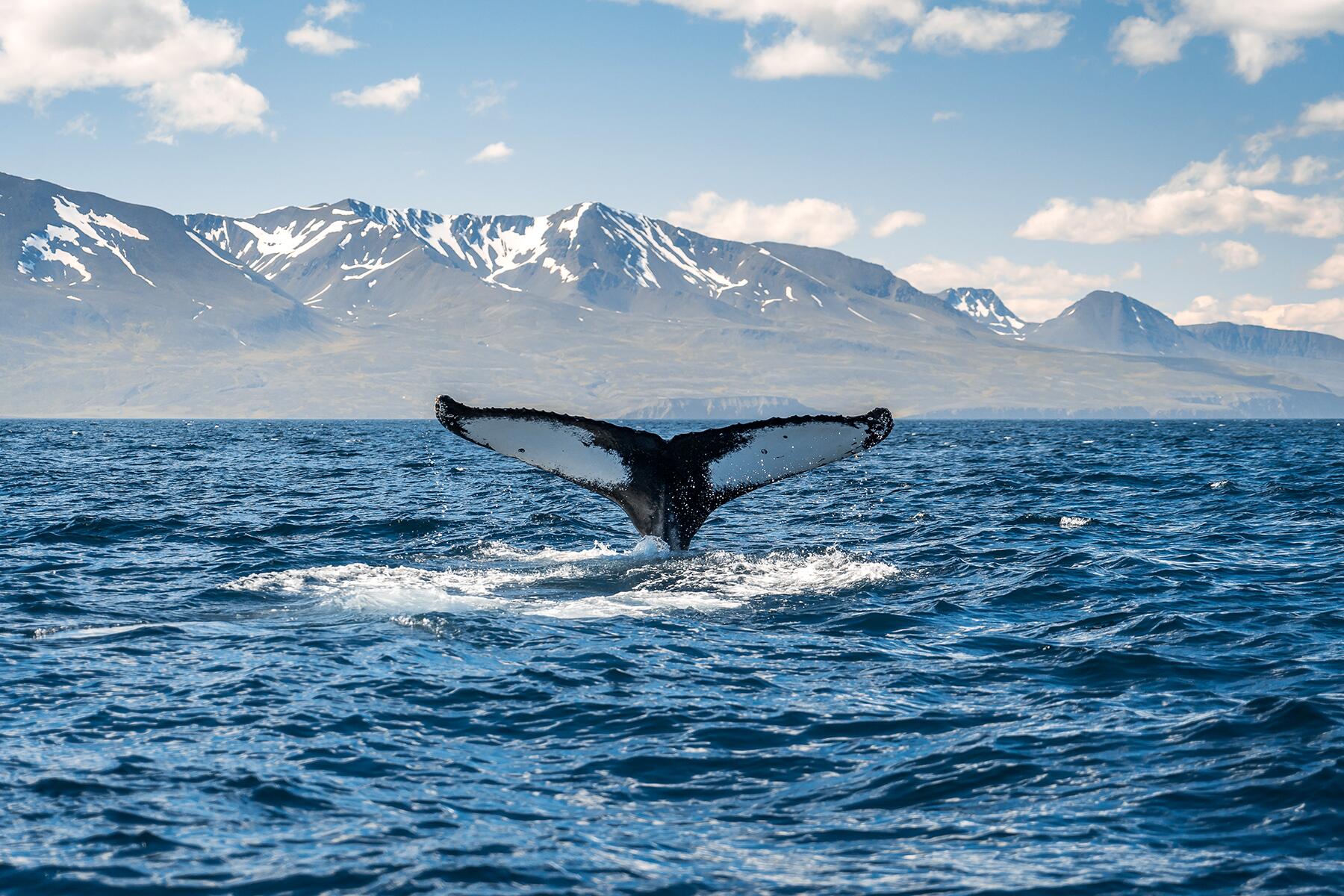 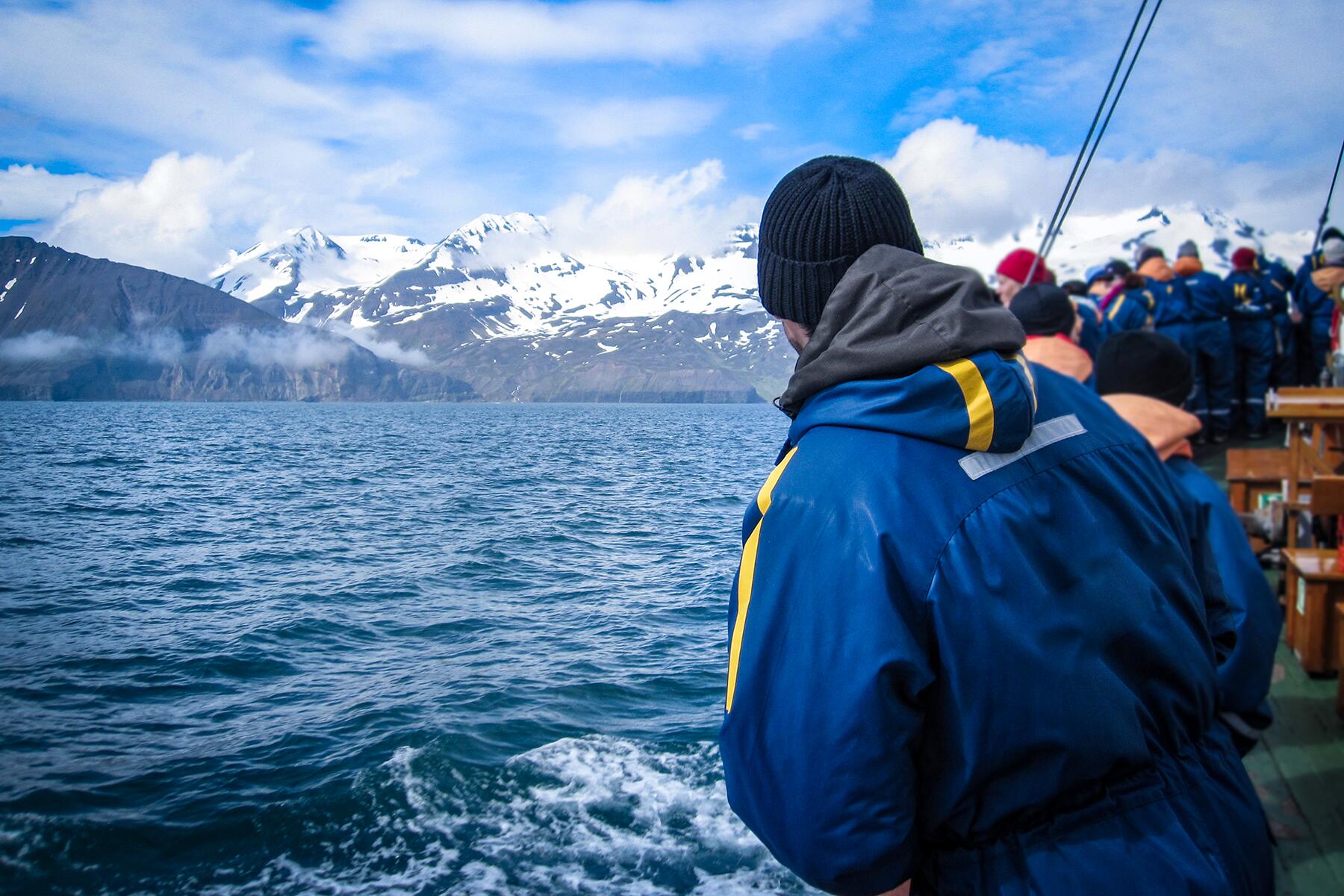 One of the greatest challenges facing Icelandic tourism in recent years has been the dominance of the Reykjavik area and the south coast. The vast majority of international arrivals funnel through Keflavik airport. Many follow the Golden Circle, a well-established tourist route where visitors can tick off Þingvellir National Park, Gullfoss waterfall, and the country’s most active geyser field in the morning. Those that do venture farther afield follow the same well-trodden path to Jökulsárlón and waterfalls like Skógafoss and Seljalandsfoss.

Several initiatives aimed at distributing tourists more evenly across the country launched during the pandemic. Iceland’s whale-watching capital Húsavík is the jumping-off point for the Diamond Circle, formally inaugurated in September 2020. This 160-mile circuit boasts two magnificent waterfalls, Goðafoss and Dettifoss, the crescent-shaped Ásbyrgi canyon, and tranquil Lake Mývatn. It’s hoped the area’s two geothermal baths could provide an alternative to the congested Blue Lagoon spa, though the latter’s convenient position close to Keflavik airport will ensure it remains a first or last stop on many itineraries.

In a country with so many gravel roads, laying tarmac can make a huge difference in attracting visitors daunted by challenging driving conditions. The 590-mile Ring Road 2 launched in October 2020. It loops the Westfjords, hitherto one of Iceland’s least accessible regions. A new tunnel, Dýrafjarðargöng, connects Arnarfjörður and Dýrafjörður and work is underway to tarmac key routes. Although primarily aimed at residents previously impacted by winter snowfalls, there’s a bonus for tourism. Ring Road 2 also improves access to Dynjandi waterfall and shortens journey times to Ísafjörður, the cultural heart of the Westfjords.

East Iceland is also finally getting a share of the attention. In 2017, the now-defunct budget airline WOW Air helped put Stuðlagil Canyon on the map. For years, this remote valley had been all but forgotten. But then a few years ago, a dam was built upstream and the water level of the Jökulsá á Dal River fell, revealing a spectacular canyon lined with basalt cliffs. Pictures of the rust-colored columns of rock flanking Tiffany-blue water soon spread across Instagram like a rash.

But that brought some challenges. Two paths led to the canyon, accessed from the same gravel road. One was a steep, dangerous walk from a lone farm, where the only thing standing between you and a catastrophic fall is a precarious rope handrail. The other’s a far safer 6-mile hike beginning in a small village. By 2019, the significant increase in traffic was creating an intolerable disturbance for residents. But 2020’s reduced footfall allowed the farmer to build a set of robust steps and viewing platforms enough to entice some to bypass the village altogether. While the rough road still won’t be sufficient to cope with heavy traffic, it’s definitely a step in the right direction.

Nevertheless, you’d be wrong if you thought challenges like this meant Icelanders wanted to keep foreign visitors out. Quite the reverse: Iceland’s creative tourism marketers are keen to keep the country in the minds of the rest of us until we can visit again. First, Let It Out hit the headlines, inviting anyone feeling stressed by the pandemic to upload a scream. The YouTube video explaining how to listen to it being released in the Icelandic countryside has racked up almost 8 million views. Hot on its heels was Joyscrolling. The folks at Inspired by Iceland claim that we doom-scroll through an incredible 74.5 feet of social media content every day, much of it negative, which is bound to take a toll on our mental health. The antidote, they say, is 74.5 glorious feet of quintessentially Icelandic stress busters—think colorful puffins, windswept horses, and tiny elf houses.

Domestic tourism can never be sufficient to sustain the industry. During the pandemic, although the Icelandic government imposed testing, quarantine measures, and temporary bans on travelers from some countries, its borders have never closed completely. When it’s time to return, Iceland’s ready to welcome us with open arms.

Ok, you haven't mentioned anything about the travel 😅

Can people travel to Iceland? From outside Europe

Which country are you from?Have you taken the covid vaccine jab?