Step Into: ‘The Grand Budapest Hotel’ 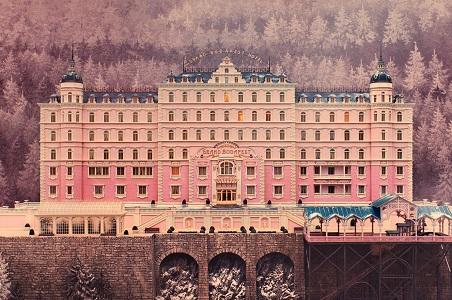 The transporting set of director Wes Anderson's film The Grand Budapest Hotel is actually situated some 400 miles north of the Hungarian capital—in the easternmost corner of Germany. Here, visitors can go on location to uncover film sites from the charming UNESCO World Heritage town of Görlitz—an easy and worthwhile side trip from a number of European destinations, including Berlin, Dresden, and Prague. We asked one of The Grand Budapest Hotel's producers, Jeremy Dawson, for the star-studded cast (which included A-listers like Adrien Brody, Jude Law, Tilda Swinton, and Harvey Keitel, just to name a few) and crew's favorite spots both on- and off-set, so that you can explore Görlitz Hollywood-style, too. 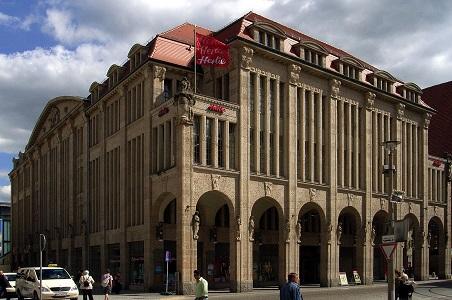 Visit the “Hotel” at the Görlitzer Warenhaus Department Store

To create the lavish interiors of the film's Grand Budapest Hotel, the crew transformed a now-shuttered luxury department store, the Görlitzer Warenhaus, into the set. While the building is privately owned and not open to the public, do visit the massive steel-framed building to admire its ornate Art Nouveau architecture, dating to 1912. Görlitz's cobblestoned streets additionally feature more than 4,000 historic houses that survived World War II relatively unscathed—you'll find a patchwork of architectural gems, blending Gothic, Renaissance, and Baroque styles.

Fun Fact: The hotel's lavish exterior was depicted from a miniature model made in workshops in Babelsburg, near Berlin. Other such models for the cable car and ski-chase scenes were built there, too, and later moved outside for filming under natural light, according to the film's production notes.

Dine like The Grand Budapest Hotel's cast and crew members with these three picks from Dawson:

Patrizierhaus St. Jonathan: Located in Görlitz's Untermarkt square, Patrizierhaus St. Jonathan's menu highlights steaks and local specialties, served underneath ancient vaulted ceilings and low lighting for a relaxed ambiance. “The building has many levels and layers with painted walls dating back hundreds of years,” Dawson said. “Several of the staff, including the owner, Matthias, had roles as extras in the film.”

Kaffee Am Flüsterbogen: “It is the Cheers of Görlitz,” explained Dawson. The café (Untermarkt 21, Görlitz, +49 3581 414542) dishes out fresh soup daily, and The Grand Budapest Hotel crew brought Kaffee's stews onto the set every day. Stop by for the weekend breakfast buffet, or pop in on Monday nights for a live DJ set.

Obermühle Görlitz: Dawson recommends this spot's outdoor terrace for brunch with views of the Lusatian Neisse river, which marks the border between Germany and Poland. Sip the restaurant's homemade natural apple juice or house-brewed Pilsner and Ghost beers, and enjoy the eatery's certified organic menu powered by fresh meat, cheese, and fish.

Local Görlitz artists and artisans crafted many of The Grand Budapest Hotel's props. According to Dawson, bakery Café CaRe's delectable “Courtesan au chocolat” pastries appeared in the film and are central to its plot. A porcelain shop, Porzellanhandmalerei Heidemarie Klinger (Neißstraße 18, Görlitz, +49 3581 403107) made the pendant that the film's star Gustave H. (Ralph Fiennes) gives to Agatha (Saoirse Ronon)—another key moment in the flick. In the movie production notes, prop master Robin Miller says he happened to walk by the small store while shooting the movie in Görlitz: “I saw there were these beautiful hand-painted porcelains in the window. I walked in, and I saw they did this wonderful delft blue on these little pieces, and I thought ‘Here it is, we’ve found it.’”

Fun Fact: According to production notes, the pendant's porcelain artist, Heidemarie Klinger, trained in Meissen, a nearby German city that is world-renowned for porcelain making. The first European porcelain was made there in 1708.