Travel Tips Colleen Kelly How to Survive a Sandstorm

Make the most of a day in historic Dresden with this step-by-step guide to the city’s top attractions.

Easily walkable and wonderfully compact, Dresden offers a wealth of things to do within its beautifully reconstructed center, which brims with baroque, rococo, and Renaissance-style buildings. The elegant domes and spires of its historic palaces and churches are reflected in the picturesque Elbe River, dividing the city between the Altstadt (Old Town) and Neustadt (New Town). Packed with show-stopping architecture, outstanding museums, and top-notch classical music venues, Dresden is a dream for culture lovers. It’s about a two-hour, nonstop train ride from Berlin, the closest major German city, making Dresden an ideal day trip. 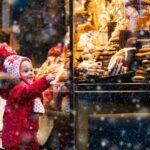 RELATED STORY
4 Places You Can Travel in December for $1,500

Start your visit at the Zwinger, a magnificent, baroque palace set in the historic heart of the city along the Elbe. Built in the early 18th century for the Saxon-Polish King Augustus the Strong and modeled on Versailles, the massive building features ornately-sculpted pavilions connected by galleries, which now house the Saxon State Art Collections. Make a beeline to the enormous fountain-filled courtyard—entry is free—and take your time soaking up the grandeur of the palace’s intricate facades. Don’t miss the Crown Gate, topped with a golden replica of the Polish royal crown worn by Augustus the Strong, and the playful Nymphs’ Bath fountain. Most impressive is the Glockenspiel Pavilion, whose carillon features a collection of bells made by the famous Meissen porcelain factory and regularly plays pieces of classical music, including Vivaldi and Richard Wagner.

Next, head inside the Zwinger’s Semper wing to visit the Old Masters Gallery (Gemäldegalerie Alter Meister), home to masterpieces by 16th- to 18th-century heavy-hitters like Van Dyck, Rembrandt, Vermeer, Rubens, and Titian. The highlight is Raphael’s “Sistine Madonna”—even if you don’t know the name of the work, you’ll definitely recognize those famously adorable winged angels. Currently, 55 of the most prominent works in the collection are on view on the ground level while the first and second-floor galleries are being furbished; they are scheduled to reopen in February of 2020.

You don’t need to go far for a lunch break; head next door to the Alte Meister Café & Restaurant, set in a former sculpture workshop in the Zwinger. The kitchen excels at upscale modern German fare using regional products and seasonal ingredients. If the weather is fine, grab a seat on the terrace, with lovely views of the palace and the Semper opera house.

You can easily spend the whole day at the neighboring Residenzschloss (Royal Castle), but as you only have an afternoon, make sure to hit the highlights. Book a timed visit to the Historisches and Neues Grünes Gewölbe (Historic and New Green Vaults), home to August the Strong’s exquisite royal treasure chest. Thousands of works of gold, silver, amber, ivory, gems, and other precious objects are on display in the eye-popping rooms, which are themselves a feast of marble, gilt, and mirrors. Then head up to the newly-restored Royal State Apartments (Paraderäume), an opulent suite of rooms that include a banqueting hall, two antechambers, an audience cham­ber with August the Strong’s throne, and the state bedroom. You can even see a recreated figure of the ruler himself, dressed in his original coronation robes.

Just around the corner from the Residenzschloss is the Fürstenzug (Procession of Princes), a 330-foot-long outdoor mural made up of 24,000 painted Meissen porcelain tiles. The marvelous cavalcade of Saxon royalty featuring kings, dukes, and princes on horseback starts with the 12th-century Conrad the Great and ends with Friedrich August III, who ruled until 1918 as Saxony’s last king. Remarkably, the wall suffered little damage during the bombing of Dresden.

Continue on to see what is perhaps the city’s most iconic landmark, the Frauenkirche, which lay in ruins for decades following the Dresden bombing. Restored in 2005 to its former baroque splendor using both new and original stones (distinguished by their darker color), the Frauenkirche is free and open to the public, generally until 6 pm.

For a raucous, Old-World-style feast, have dinner at the Sophienkeller, deep in the cellars of the 18th-century Taschenberg Palace in Old Town. Under vaulted ceilings painted with royal crests, you can sample hearty traditional Saxon cuisine—suckling pig is a favorite—served by waitresses in period costumes. Sure, the atmosphere is a bit kitschy, but it’s also lots of fun.

Dresden is renowned for its classical music and there’s plenty offered every evening. One of Europe’s most renowned opera houses, the gloriously-restored Semperoper presents classic opera as well as ballet. Or for more contemporary opera—at lower prices—head to the Staatsoperette, set in a former power plant about a 15-minute walk from the historic center. The esteemed Dresden Philharmonic plays at the thoroughly modern Kulturpalast, which re-opened in 2017 near the city’s Altmarkt square. The Wallpavilion at the Zwinger palace offers a classical music program featuring the Dresdner Residenz Orchestra.

INSIDER TIPMake sure to check the schedule at the Frauenkirche, which often hosts classical concerts.

After the show, make your way to Café Schinkelwache, directly on the old town’s central square Theaterplatz. Choose from the long list of delicious kuchen and torten (cakes and tarts), including the famous local Dresdner Eierschecke, a layered confection of cake, custard, and apples.

For a nightcap, the award-winning Karl May Bar, inside the luxury Hotel Taschenbergpalais Kempinski, mixes top-notch cocktails in a swanky, gentlemen’s club-like setting.