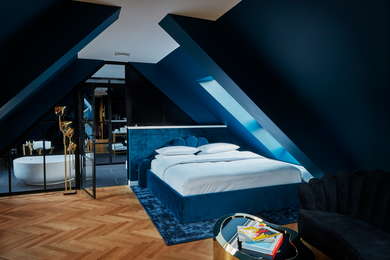 This aptly named boutique hotel seduces with its opulent, glamorous, burlesque-style design that pays homage to 1920s Paris. Sumptuous deep red velvet and ornate chandeliers create a decadent ambiance, which extends from the common areas to its five floors of rooms. One of its major draws is the bar, which attracts a trendy local crowd—especially on weekends. The hotel won the 2018 German Design Award for best interior design.

A major perk for guests is the free use of a bright-pink, Provocateur-branded Audi.

Sexy and sensuous, the beautifully designed rooms resemble jewel boxes, with plush velvet furnishings and drapery in rich red or deep blue and large mirrors over the bed. Room sizes range from “Petite” to “Deluxe” and look out over the street or quiet courtyard; some have balconies, while the newly renovated Terrace Suite has a sprawling patio with city views. All have Nespresso machines, smart TVs with screen-sharing technology, and a Marshall Bluetooth speaker. Mirrored minibars are stocked with local Berlin products (including chocolate bars from Erich Hamann, whose shop is located a few doors down from the hotel).

A flip of the switch next to the bed turns on “Provocateur” mode, which dims the lights and displays a sexy video art piece on the wall by Berlin photographer Kai Stuht. 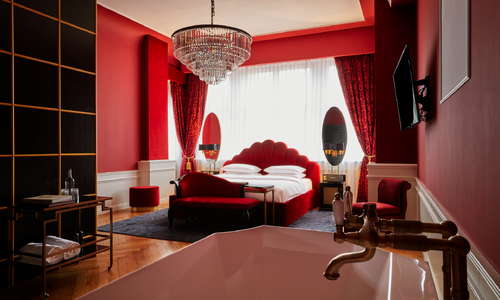 Bathrooms are lined in black marble, with porcelain pedestal sinks and brass accents; smaller rooms have rainforest showers, while larger ones boast freestanding bathtubs. Amenities are by the Amsterdam-based company Dead Clean. 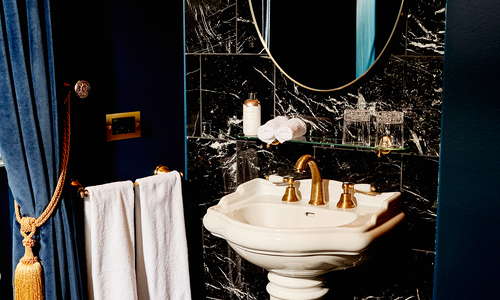 A small, elegant lobby lounge, outfitted with blue velvet seating and a tin ceiling, is just off the reception area; an adjoining garden terrace is open seasonally.

Reserve a table near the window, at one of the sinuous red booths, for the best people-watching. 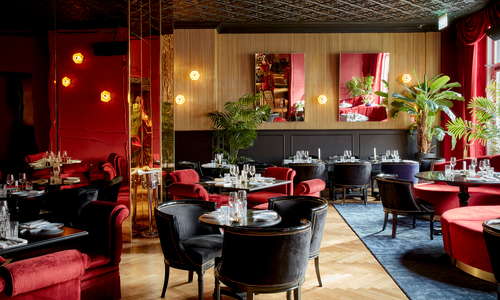 The Provocateur Bar attracts a fashionable local crowd with its dimly lit, U-shaped bar and flamboyant red-velvet booths. Its cocktail menu features illustrations of scantily clad women alongside racily named drinks like the Bang Boom Bang, made with sherry, champagne, passionfruit and honey. Performers roaming the room might include an accordion-playing singer in a tight sequined dress. 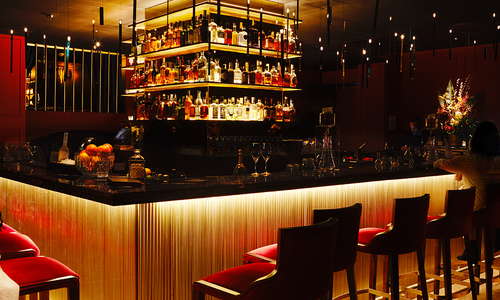 The West Berlin hotel is a five-minute walk to Kurfürstendamm, with its famed shopping. The Konstanzerstrasse U-Bahn station is just outside the door.

Some 15 draft beers flow from the taps—and another 100 brews are available by the bottle—at Haus der 100 Biere (15-minute walk), a historic Bavarian beer garden that’s been around since 1905. A cozy bar with exposed brickwork and more than 100 cocktails on the menu, Julep’s New York Bar (12-minute walk) also has a good happy hour. 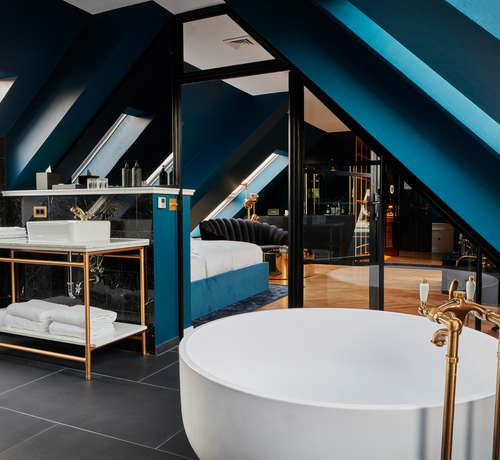 #1 8 Hotels in Berlin with the Best Design

#1 The 7 Most Romantic Hotels in Berlin for Couples

#4 The 7 Best Hotel Bars in Berlin 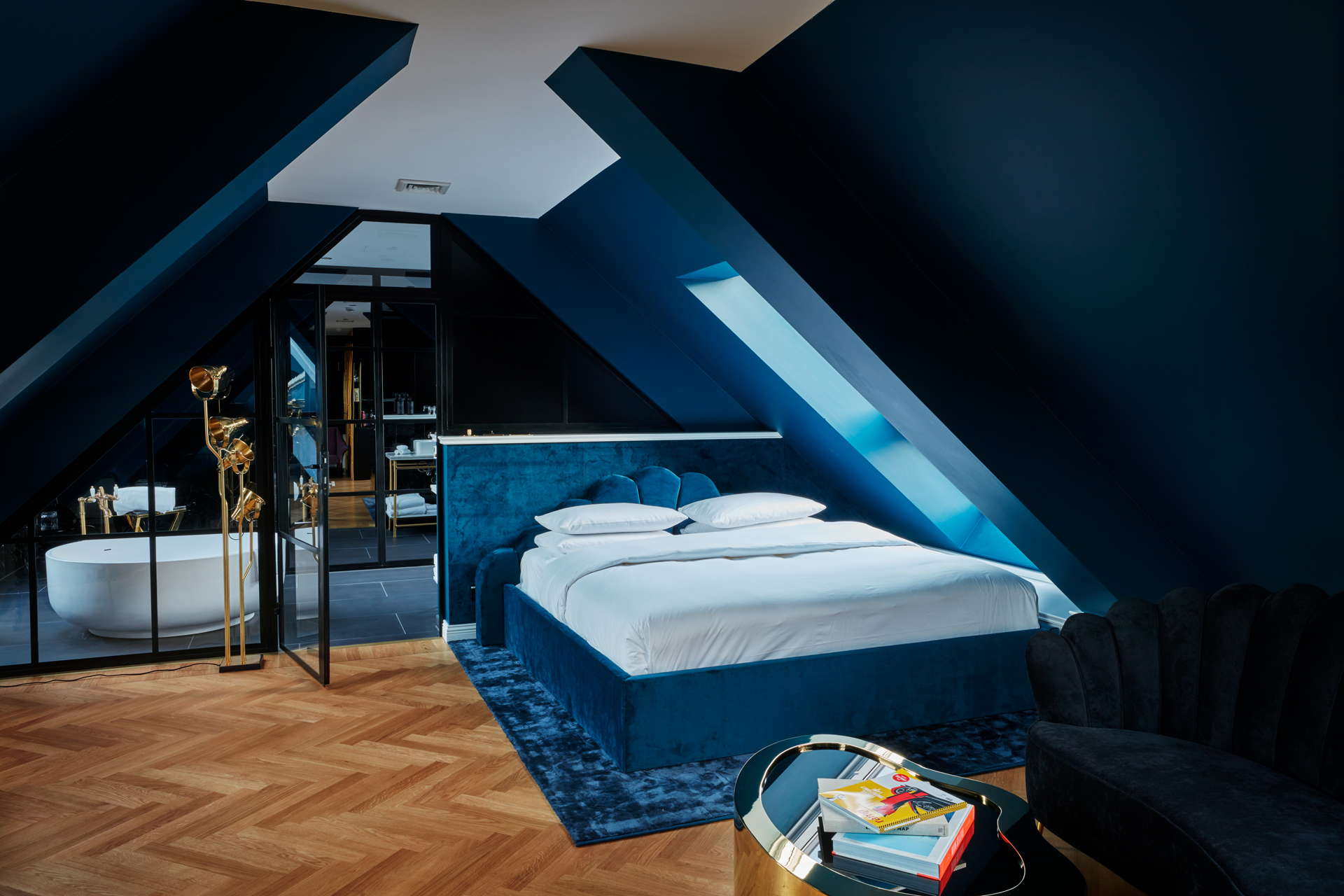 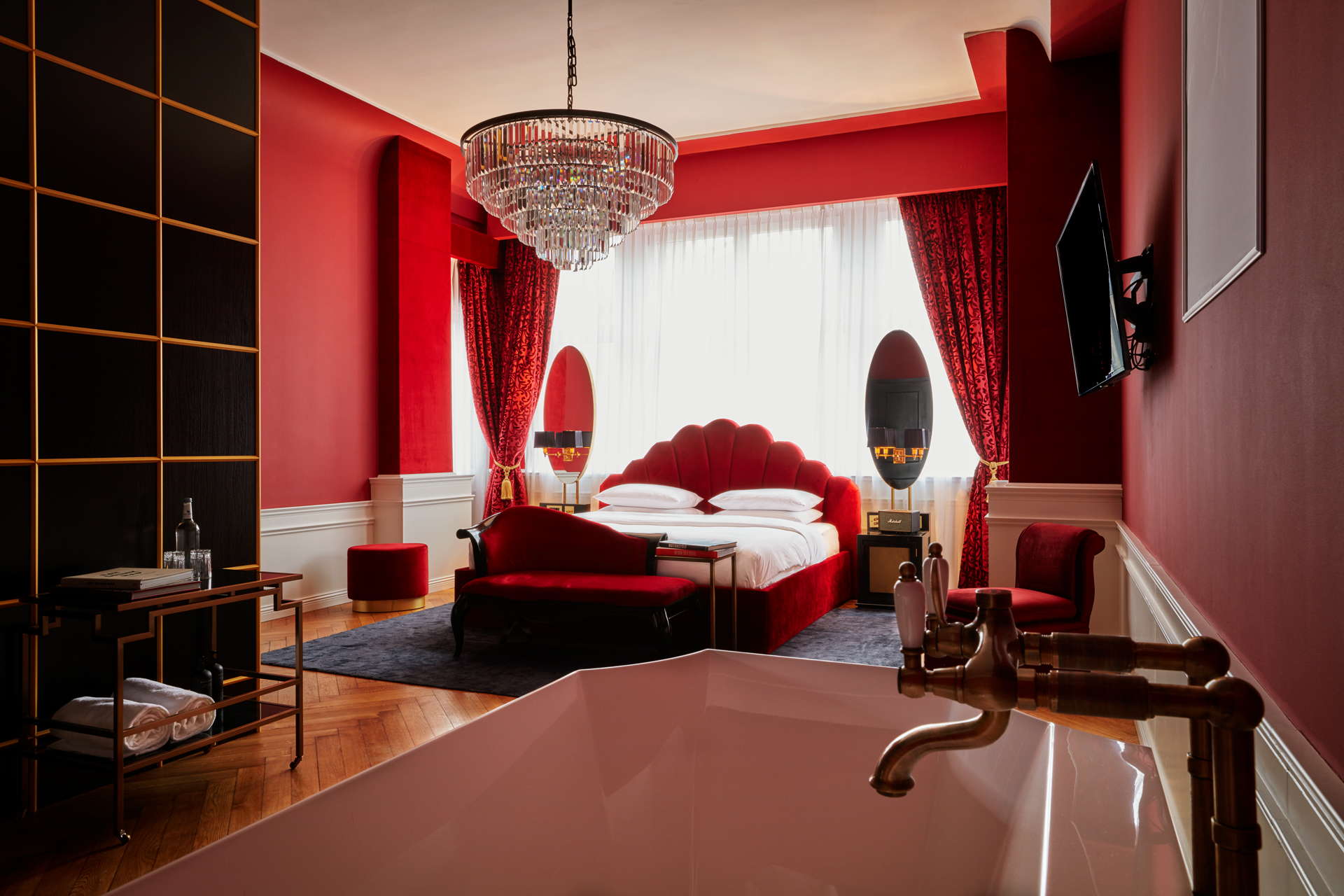 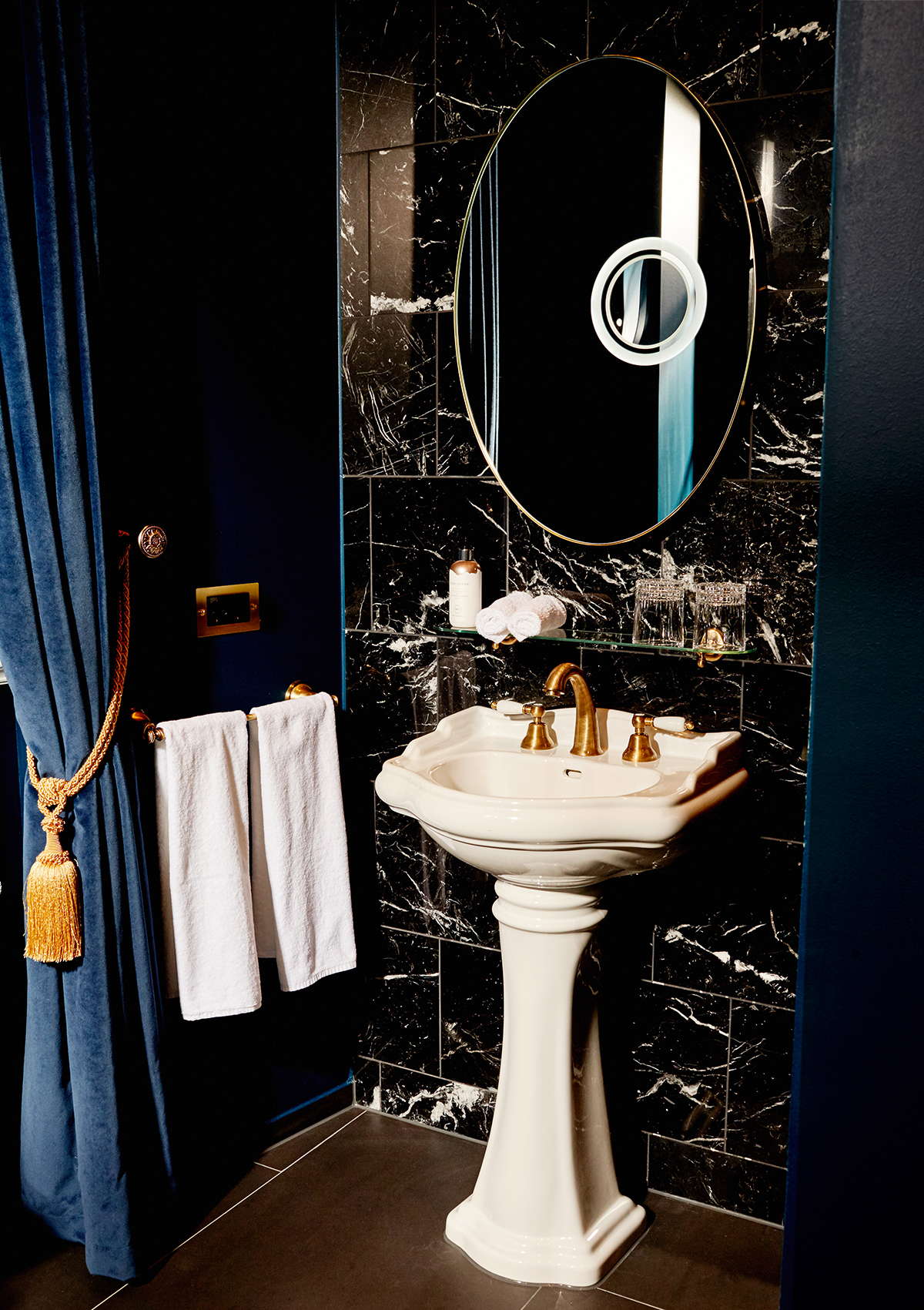 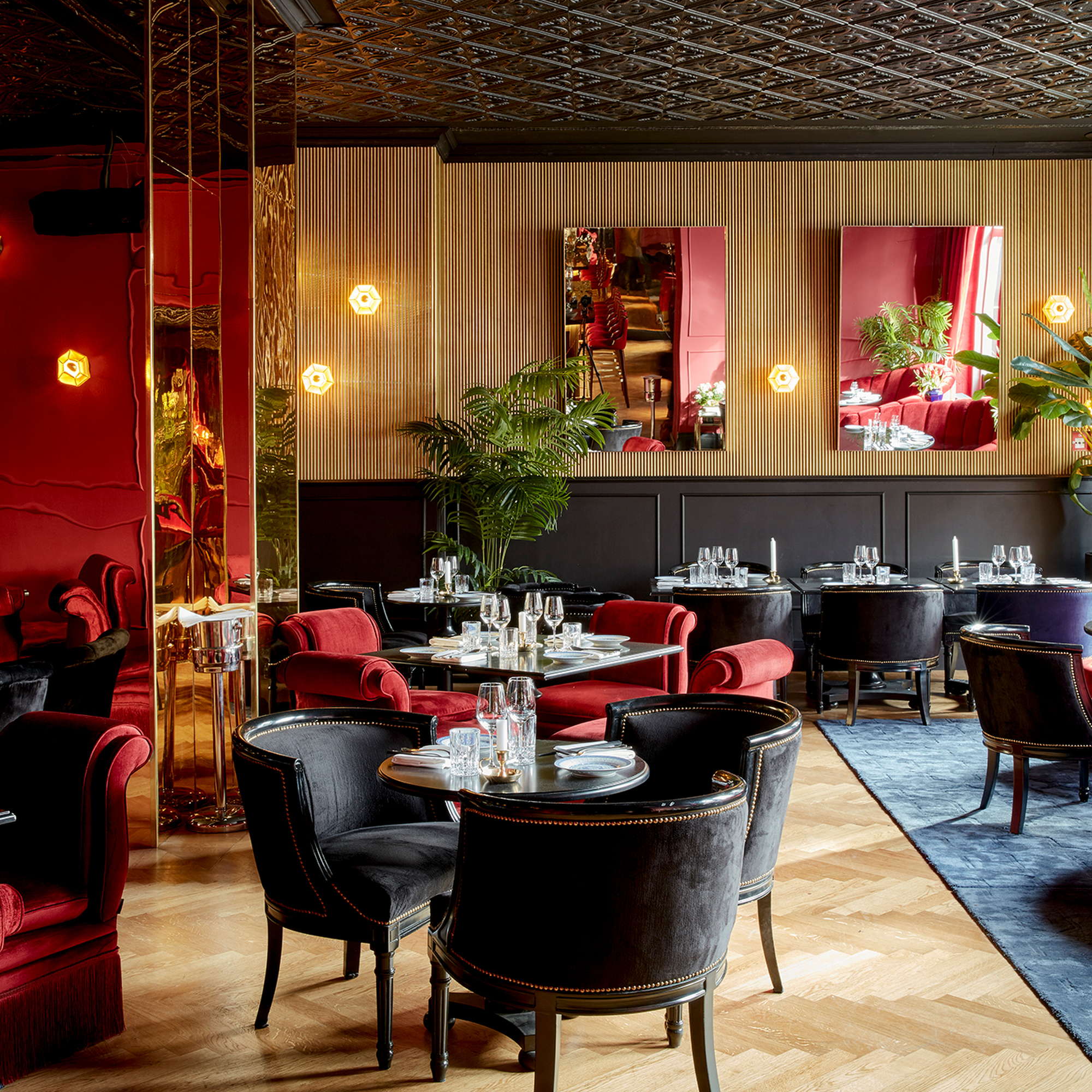 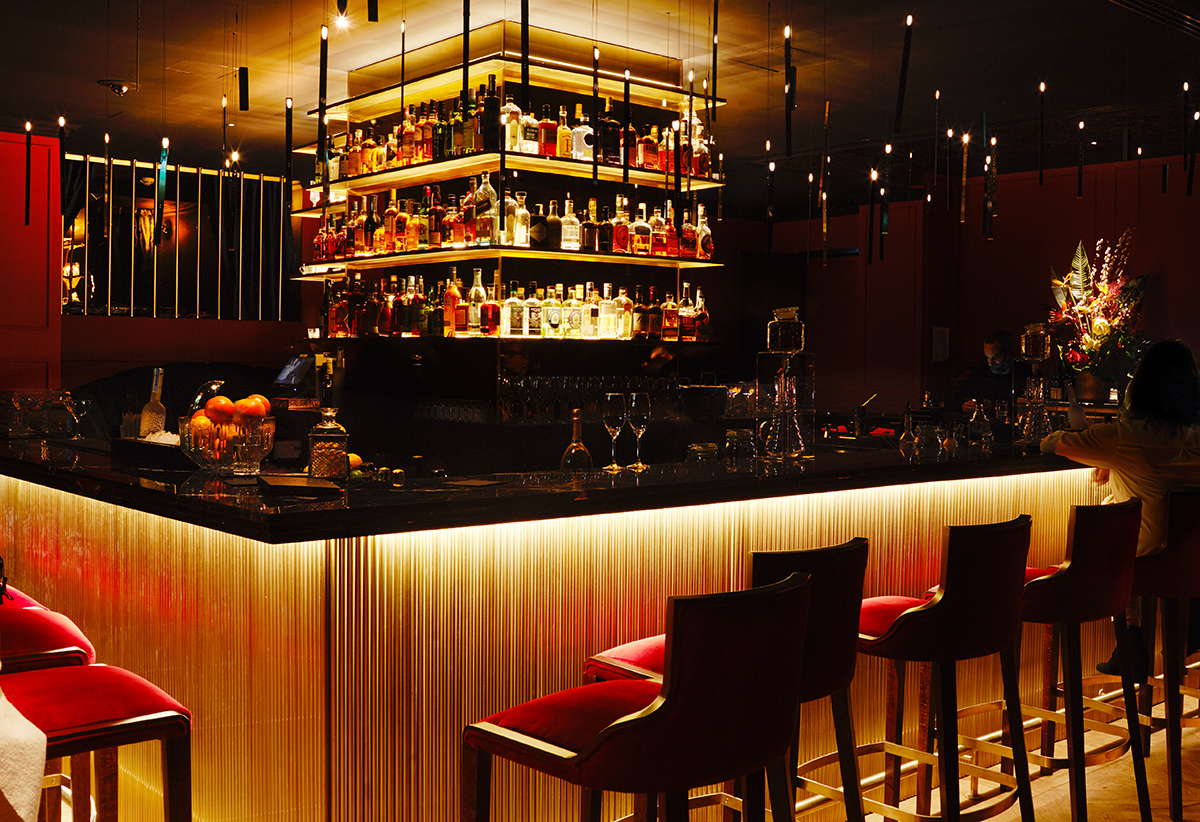