Coronavirus Paul Feinstein Here's How to Buy Citizenship in Another Country

This year, the City of Light has been dimmed.

Paris has long been one of the most popular tourist destinations in the world because of its ethereal beauty, rich history, centuries-old architecture, countless cultural institutions, and celebrated gastronomy. Last year saw a record number of tourists in the City of Light, totaling 38 million visitors from all corners of the globe. The increasing loyalty of American guests confirmed the continued love affair between the United States and France. That is until a global pandemic forced France’s—as well as most of Europe’s—borders to close.

With international travel to France off limits as of March 2020, how is Paris faring sans tourists? As an American-expat living in Paris for over 11 years, I welcome all visitors with open arms, even though it means longer lines at the Louvre and a harder time securing coveted restaurant reservations. The city relies on annual foreign investment, where one in 10 jobs are in the tourism sector. Even though certain arrondissements, including my Haut Marais neighborhood, are still buzzing with Parisians in-between lockdowns, local businesses and the tourism industry are suffering.

Channa Galhenage, owner of neighborhood craft coffee shop Loustic, now in its eighth year, depends on workers, tourists, and locals to keep his premium café crèmes brewing. “Since the lockdown restrictions on restaurants were lifted in early June, [workers and tourists] have been absent,” Galhenage says. “It was the first time since we opened where we have seen zero tourists. Workers are largely working from home. Coupled with distancing measures, this has heavily impacted on a sit-in business like mine [i.e. very little take-away], and figures were minus 70% in the summer and minus 40% in September and October.”

During the first Paris lockdown, Loustic remained partially open for take-away, but having to cut all but one of his staff, Galhenage has closed up shop awaiting brighter, and healthier days. 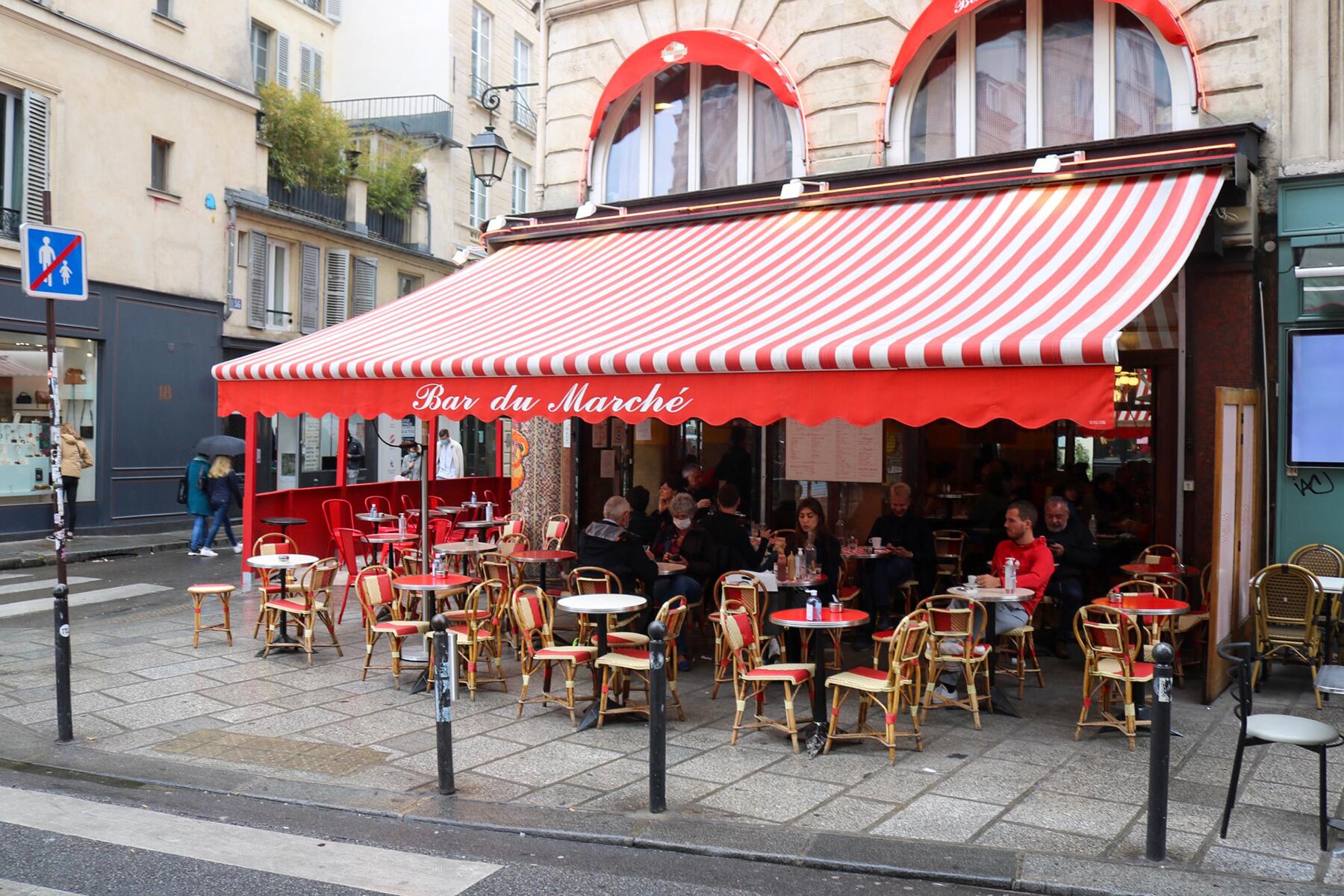 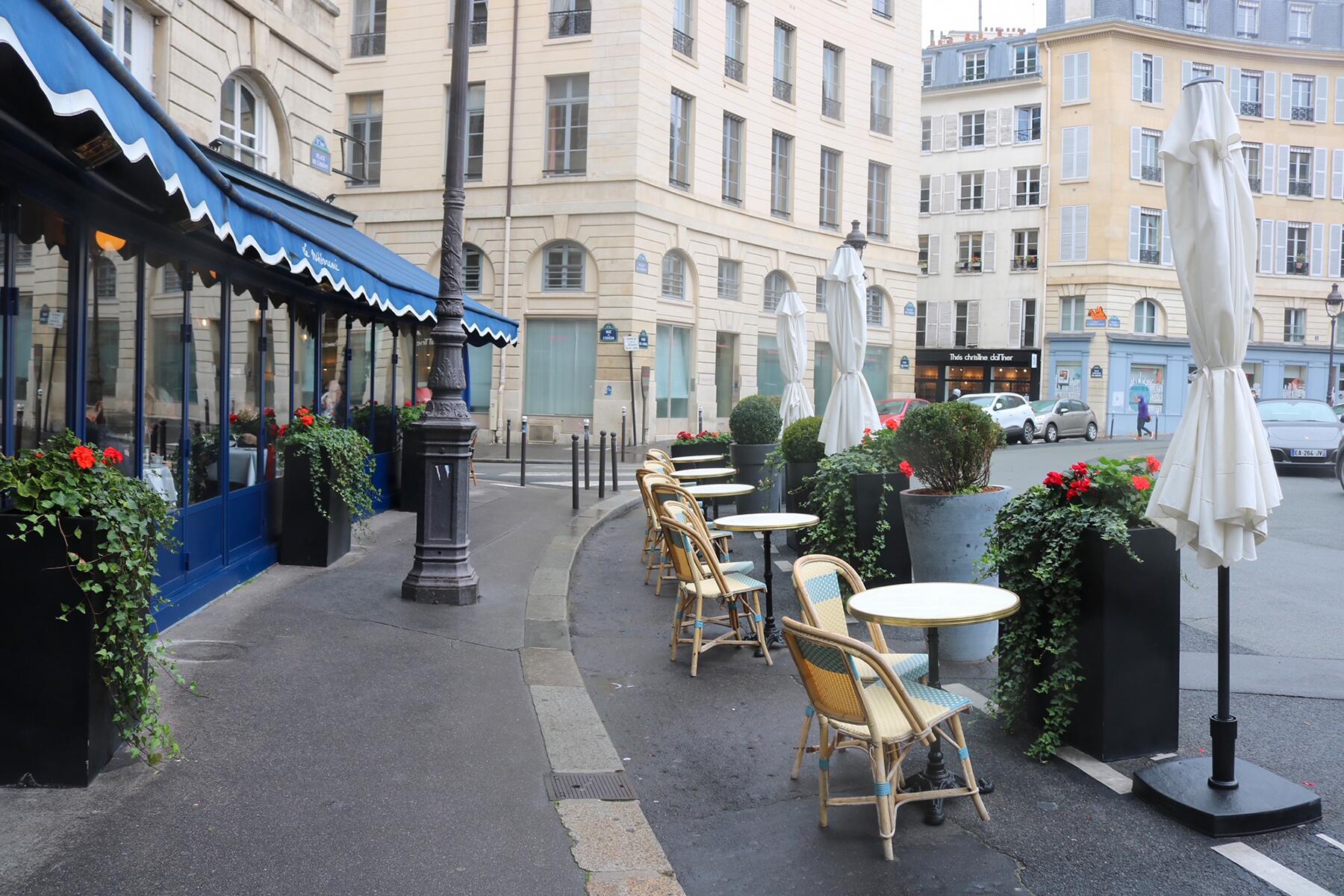 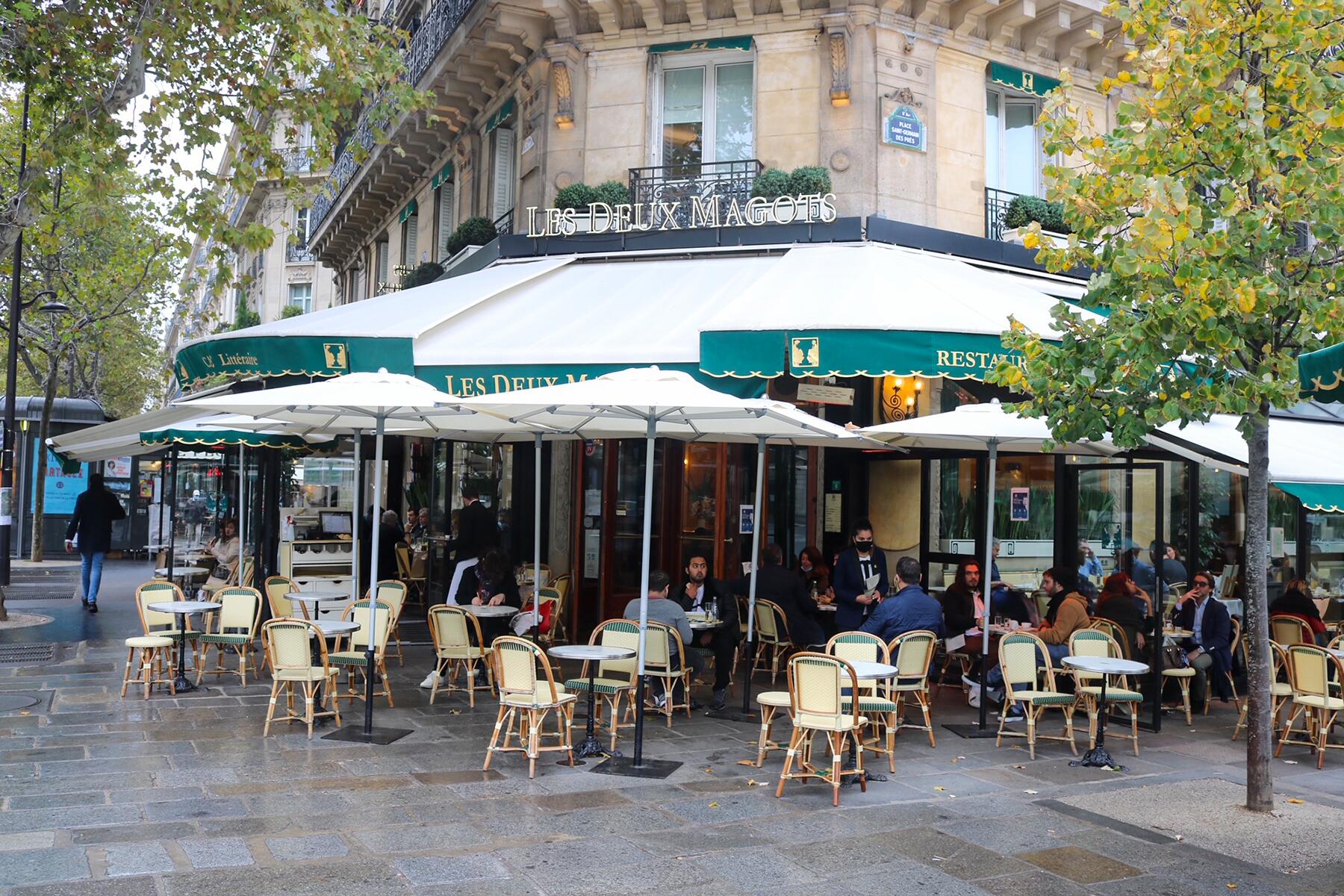 One of the most coveted terraces in the Rive Gauche is a little easier to book since COVID-19 closed France’s borders. Restaurant Treize au Jardin across the street from the bucolic Luxembourg Gardens whets the appetites of everyone from ex-pats (myself included) to tourists in search of a high-quality dining experience. Owner Laurel Sanderson says, “We have so many wonderful client friends whose jobs include traveling to Paris. We love giving a little piece of home to these folks who live half their lives in hotels and appreciate having a place that feels homey and familiar where someone remembers how they take their coffee.” These days it’s the locals that keep Sanderson and her business partner Kajsa von Sydow cooking up their southern American specialties.

Co-owner of the cooking school La Cuisine Paris, Jane Bertch began to feel the impact of the pandemic in February when clients, namely Americans, became increasingly concerned about travel. Bertch explains, “Operating in a market that is dedicated to speaking English, which is primarily due to visitors, means that we have had to completely rethink our business model. In a regular healthy season, we would be hosting around 40 experiences a week, from cooking classes to culinary experiences, so having to readjust has been a challenge.”

How did La Cuisine Paris adapt to the ongoing travel restrictions and continue sharing its French culinary secrets with eager Anglophones? Bertch says, “We have created a series of six culinary videos on some of our most popular classes and have created an online store where clients can purchase from E. Dehillerin, France’s oldest cooking equipment store. We have also supplemented these initiatives with live weekly Zoom classes.”

A visit to once-bustling Place du Trocadéro or a walk around the empty park Champs de Mars, home to Paris’s most visited monument, the Eiffel Tower, proves the lack of foreign visitors. According to the operator, SETE, ticket sales at the Eiffel Tower have fallen by 80% compared to 2019. The Louvre attracted 9.6 million visitors last year, setting the record for the world’s most visited museum. With only 25% of its visitors French, the Louvre relies heavily on its foreign habitués. 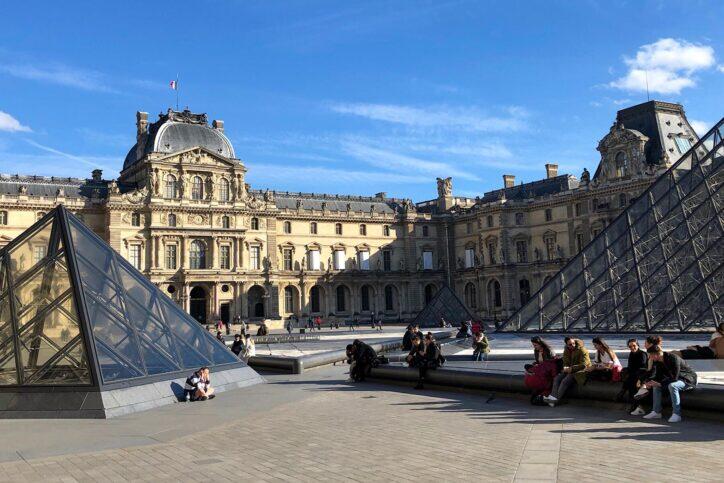 Since its 2012 inception, locally-run business THATMuse has thrived on its myriad of themed treasure hunts set in the Louvre and the Musée d’Orsay. An average of 1,000 people per month would engage in the artful antics, 75% of which were American. Co-founder and art aficionado Daisy de Plume says, “We never had a French market and rely entirely on tourism, including local European tourists.”

With only a fraction of European visitors in Paris and temporary museum closures, what has kept THATMuse in business since the pandemic? “We have shifted away from museum hunts to street hunts [with 10 options in total], which allow families to stay closer together while social distancing from others,” explains de Plume.

What about the fitness side of the city? While yoga studios, dance schools, and gyms don’t rely on tourists to stay in business, they too are feeling the pain of the pandemic. Weeks after opening her central-Paris barre and yoga studio, owner Julie Granger had to close the doors of The Studio and resume classes online. Michael Pereira of Broadway in Paris, the first Broadway-style dance classes to plié their way to the French capital, recently launched Bonjour Broadway, an online dance platform. Founding trainer at Barry’s Bootcamp, the premier Paris branch of this global enterprise, Stephanie Nieman caters to her dedicated clientele via her online Team Steph workouts. What each of these fitness gurus has in common is that they are now even better able to unite with clients in the United States and far beyond. Maybe that’s the silver lining?

While the world waits for COVID-19 to become a distant memory, Paris awaits the return of its treasured tourists. This love affair may be on hold, but it is far from over.