Can new teaching materials about the slave trade distract from the British Museum’s other controversies?

Mahogany bookcases skim high ceilings in King George III’s former library, crammed with trinkets and treasures from all seven continents. The oldest room in the British Museum, this library holds the highlights of the European Enlightenment and achievements of the “great” Western explorers.

Among them, intricate Indian sculptures. Relics of the “origins of art,” from Greece and Rome. Sacred Polynesian weaponry, labeled with the names of the men who murdered its wielders.

In pride of place, the bust of Sir Hans Sloane. His bronze statuette is juxtaposed by the famous designs of slave ship boughs, where he stacked stolen African people for export to Jamaican sugar plantations. A glass case protects the bust, surrounded by informational notes on Britain’s role in the abolition of the slave trade, and on prominent Black traders.

Sloane formally stood sentinel over his collection at the British Museum, which reopened to tourists on August 27. Responding to the ignominy of being moved slightly to the side and encased in glass, the founder’s “removal” has sparked controversy among avid proponents of statue preservation.

Responding to the ignominy of being moved slightly to the side and encased in glass, the founder’s “removal” has sparked controversy among avid proponents of statue preservation.

In reality, the move is a feature of a wider effort to contextualize the museum’s colonial beginnings.

The “physician, collector, scholar, benefactor, and slave owner” founded the British Museum in 1753. At the time, it was revolutionary. It was the first-ever free museum of its size and remains the largest world history museum, designed to be an “encyclopedia of world history.” It opened history, science, and culture up to the public, and freed it from the cloisters of the upper classes.

But in light of the global reckoning on racism and inequality, it is harder than ever for the museum to ignore the origins of their early wealth.

As the statue of slaver Edward Colston careened into the grungy waters of Bristol Harbour in June, Black Lives Matter protesters sparked a global fervor. Particularly in the UK, U.S., and Europe, statues of slavers, genocidal kings, and colonialist explorers were ripped from their pedestals. Depictions of Christopher Columbus, Winston Churchill, Cecil Rhodes, and King Leopold II were targeted in vandalism campaigns, as well as lesser-known but equally prolific figures like Sloane and Colston. 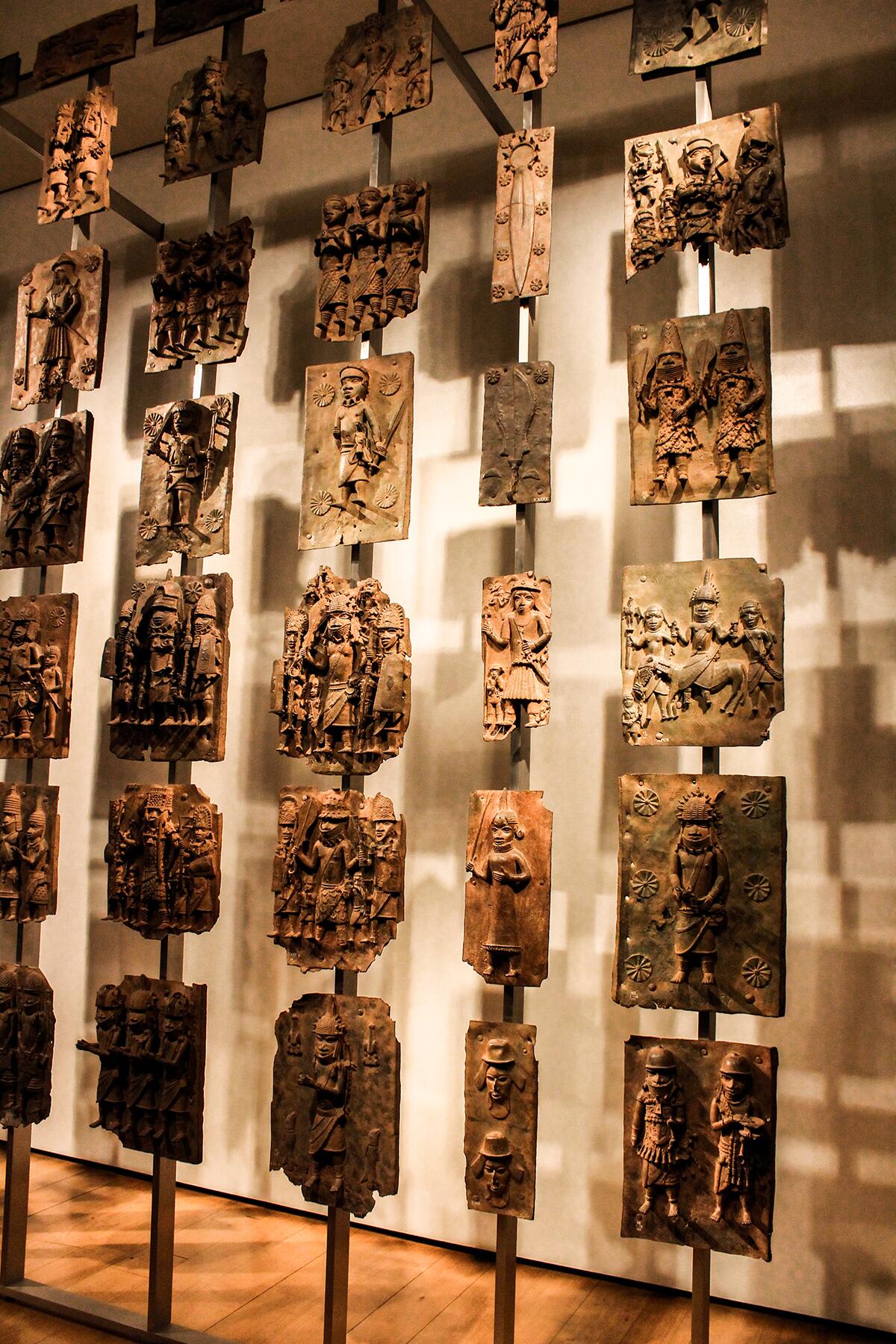 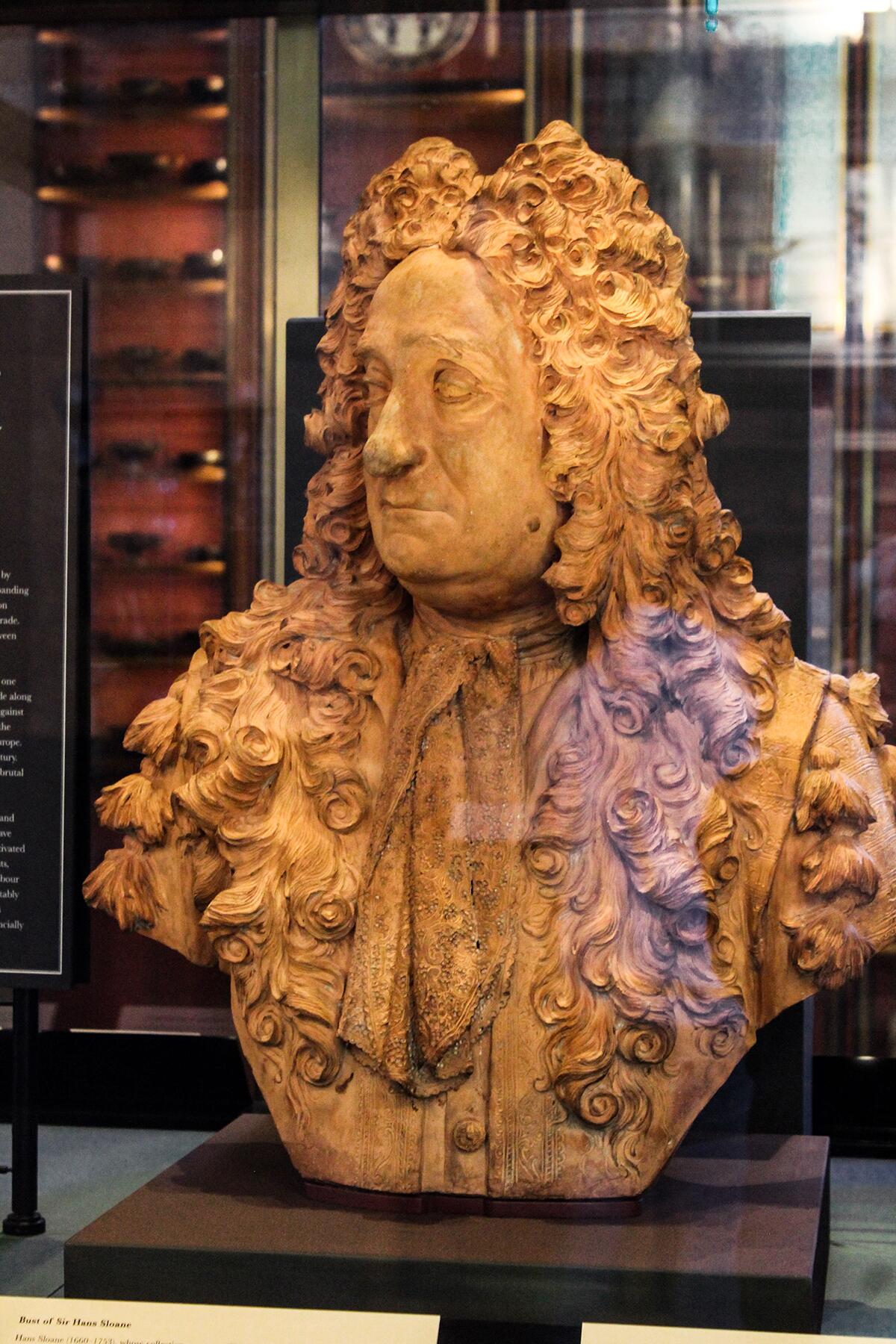 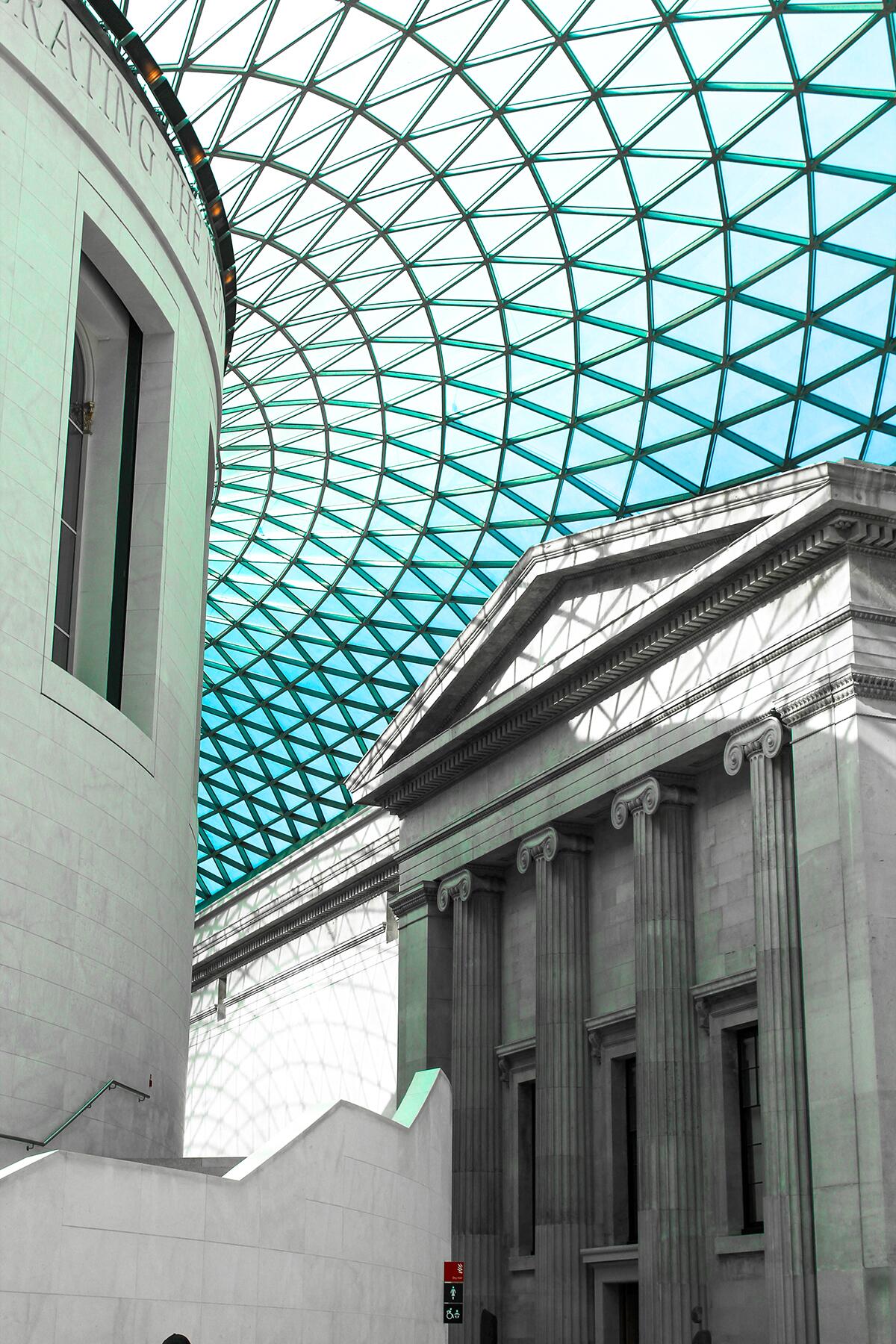 Other London museums joined in, with London Docklands Museum describing their founder’s statue as a “part of the ongoing problematic regime of white-washing history” which glorified “crimes against humanity.” Contrastingly, Hartwig Fischer, director of the British Museum, referred to their founding era as a period of “complexity and ambiguity.”

The decision to move Sloane’s statue has sparked controversy from both sides of the debate.

The estate of Sloane’s billionaire descendent, Earl Cadogen, has spoken against the removal of his ancestor’s name from various locations around the UK, citing his many botanical discoveries, philanthropic efforts, and rumored invention of chocolate milk. Groups including the right-wing Britain First have gathered to protect statues around the city from a similar fate.

Elsewhere, petitions calling for Sloane’s removal from plinths around Britain insist that it is “time to put an end to the glorification of pain and suffering.”

While he may no longer be lauded in isolation, highlighting their colonial roots has also brought attention back to the controversy that has chased the British Museum for centuries.

The halls of the museum are lined with looted treasure. Famously contentious are Grecian marbles, the Benin Bronzes, and a Rapa Nui Moai, among many others. All were collected as the “spoils of war.” Many of these wars were fought for British colonial domination and resulted in the loss of life for millions across the globe.

Nigerian professor and art historian Chika Okeke-Agulu has been a voice in the effort to repatriate the Benin Bronzes. In retaliation for an attack on British soldiers, the foreign army razed Benin City, slaughtered hundreds, and claimed dominion over the Kingdom of Benin, in what is now Nigeria. Today, the Benin Dialogue Group is trying to reunite the personal trophies that were claimed by British victors and have since been distributed for profit to 80 museums across the world.

Okeke-Agulu noted that he only saw his country’s greatest treasures by flying across the world. By buying a ticket and being permitted a visa. By affording luxuries that are not assured for much of Nigeria’s population who cannot then gain easy access to their own cultural heritage.

As a part of the efforts made by the museum to acknowledge their imperial roots, the story of Benin’s “Punitive War” is detailed in new signage within The Sainsbury Gallery, dedicated to African history and art.

Okeke-Agulu noted that he only saw his country’s greatest treasures by flying across the world. By buying a ticket and being permitted a visa. By affording luxuries that are not assured for much of Nigeria’s population who cannot then gain easy access to their own cultural heritage.

But, returning items held in the British Museum would be a tricky precedent to set. While many of the treasures preserved there were bought or gifted through legal processes, many more would have to be removed. Contentious headliners like the Rosetta Stone and Parthenon marbles could be relocated. The museum has stated firmly, many times, that it has no intention of returning any of these items. It has conceded, however, to lend many back to their countries of origin, though only temporarily.

Designed to provide a comprehensive overview of world history, the British Museum has stated that their collection shows “a part of the world’s shared heritage [which] transcends political boundaries.”

The first placard in George III’s library talks of the “Age of Discovery,” of European Enlightenment birthing “the realization of the shared humanity of the people of the world.” As the museum makes steps to address this colonial narrative, it may also have to rethink how cohesive it seems to their recent press releases.

Designed to provide a comprehensive overview of world history, the British Museum has stated that their collection shows “a part of the world’s shared heritage [which] transcends political boundaries.”

The British Museum has made steps toward acknowledging their colonial history. They have removed Sloane’s bust from its glorifying position. They have added caveats to their item descriptions, explaining their imperial contexts. Fischer was firm about their approach, saying, “We have pushed him off the pedestal. We must not hide anything. Healing is knowledge.”

So, healing is knowledge. We are learning. But are we improving?

Millions of visitors travel to the British Museum every year, from all over the world. It remains one of the best museums in the world, totally free to all who visit. Yet, shrouded in colonial controversy and imperial hang-ups, is the mere acknowledgment of past misdeeds enough?