What are the flavors of Syria?

That’s exactly what chefs are discovering as part of the #CookForSyria campaign, an initiative to raise funds and awareness for UNICEF UK’s Children of Syria fund through the unifying power of food.

In an effort to preserve and celebrate Syrian culture while the region faces the largest humanitarian crisis of our time, London-based tastemakers Serena Guen (the founder of SUITCASE magazine and founding member of UNICEF’s Next Generation London), and Clerkwenwell Boy (a foodie and critic with the most appetizing Instagram), created the campaign as a single pop-up dinner, but it’s since taken off and evolved into a global movement. The project is also co-organized by Gemma Bell, the founder of one of London’s top PR firms.

Expanding from London to Sydney and Melbourne, and soon to the US, #CookForSyria asks professional chefs to re-create their signature dishes with a Syrian twist, either to serve at their restaurant or during an event, or to donate to the #CookForSyria Recipe Book, with proceeds going to UNICEF’s Syrian relief fund—and there are plenty of more ways chefs, home cooks, and anyone else can contribute.

Here, Australian native turned London local Clerkenwell Boy talks the generosity of Syrian culture and cuisine, how #CookForSyria is catching on, and ways to get involved.

The Flavors of Syria


“Syrian cuisine obviously has a lot of Middle Eastern influences from the Levant region, so a lot fresh herbs, a lot of spices, Aleppo pepper, pistachios and pomegranate and labneh (a strained yogurt), chickpeas, and falafels and flatbread, sesames and hummus. Lots of lovely Moorish, delicious, fresh layers of flavors. Lots of slow cooking but also smoky [flavors]; lots of sharpness and freshness from pomegranate molasses and lemon, but also herbaceous notes from the za’atar and the spices as well. Really delicious, generous food. Syrian cuisine is really similar to Turkish cuisine but there are slight [differences], so instead of using lamb on a flatbread, you might use beef, and specific types of spices. There’re lots of interesting nuances.”

The Generosity, Kindness, and Resilience of Syrian Culture

“We met a lot of Syrian people along the way, including refugees who used to own restaurants and were trying to help fund their new restaurants now that they're in London. We had a pop-up with one of the refugees that we met, and we had some 700 tickets that were fully pre-sold before the day he launched his event. There’s been a lot of people who have been embracing and learning about Syrian cuisine. People are learning more about Middle Eastern cuisine because it’s a really good way to hold on to a culture that is being devastated at the moment.

It’s all about generosity and sharing and supporting each other, the kindness, the history as well, the silk roads, the fact that it has lots of different influences. I think what’s really showing through is the resilience of the Syrian people, the fact they’ve been subject to really difficult circumstances in the last few years and when you meet them and think about the things that they must have gone through, and the fact that they’re still really hardworking, and really just trying to make a living…There are so many people out there who are there to support; it’s been amazing to see lots of different people from lots of different cultures coming together.”

A Time of Need


“When Trump was talking about the Muslim ban, David Chang tweeted about wanting to learn more about Middle Eastern cuisine as a response. It’s interesting how it’s entering into more people’s consciousness now more than ever. [Recent developments in the crisis] shine a spotlight on the urgency of the situation, and there are a lot of people in need, and every little bit counts; it can be people opening up their homes, it could be people trying to support refugees. A lot of these people are educated people who used to run successful business and no longer have any sort of livelihood that they recognize from their previous life. They’ve gone through a lot of hardship. Hopefully though this [campaign], people will be more understanding, and embrace it and help change the situation. Hopefully it inspires people to do this in their own way.”

Sit Back and Watch the Tweets Roll In


“If you go to #CookforSyria on Instagram or Twitter you’ll see over 3,000 posts [Editor’s note: that number is now over 5,000] of people buying the book, or hosting their own supper club, or learning about Syrian cuisine, or making their own flatbread or their own za'atar spice, or incorporating Syrian cuisine into their repertoire. They’re talking about it and not being afraid to talk about it, and also learning about it and volunteering. I’ve met so many people who’ve said, ‘What can I do in New Zealand, what can I do in Berlin, what can I do in Hong Kong?’ I’m getting messages every day from lots of people all around the world who are saying ‘We’d like to host our own supper club,’ or ‘We’d like to throw an event.” 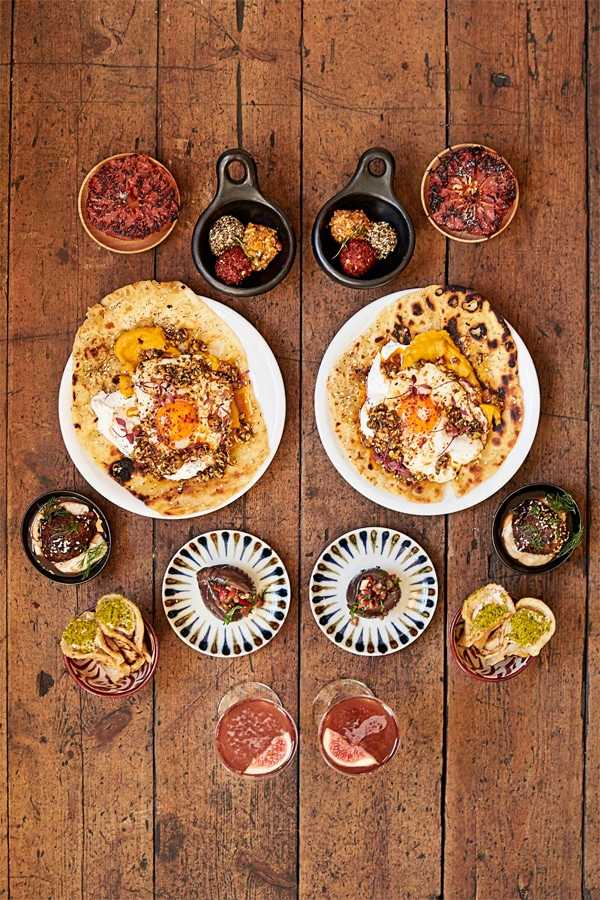 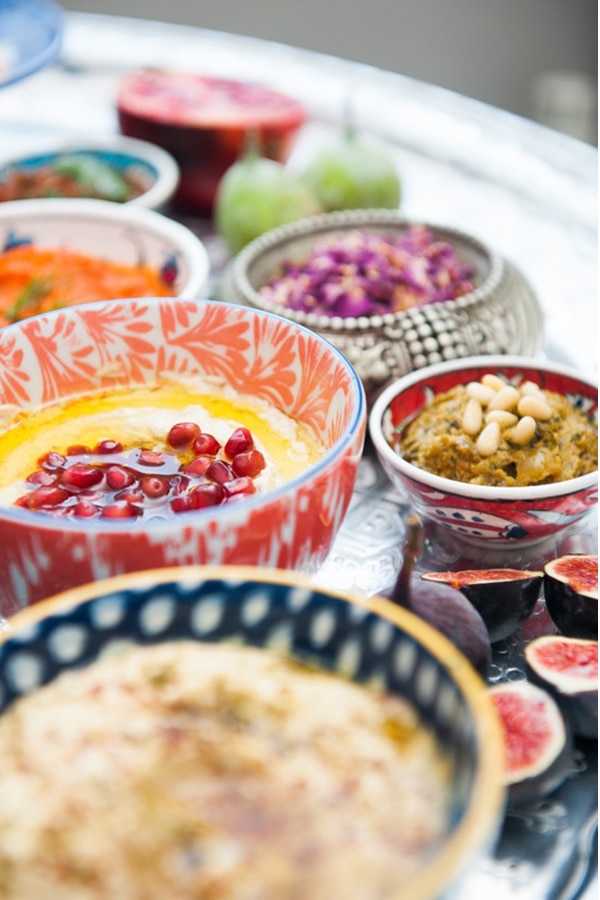 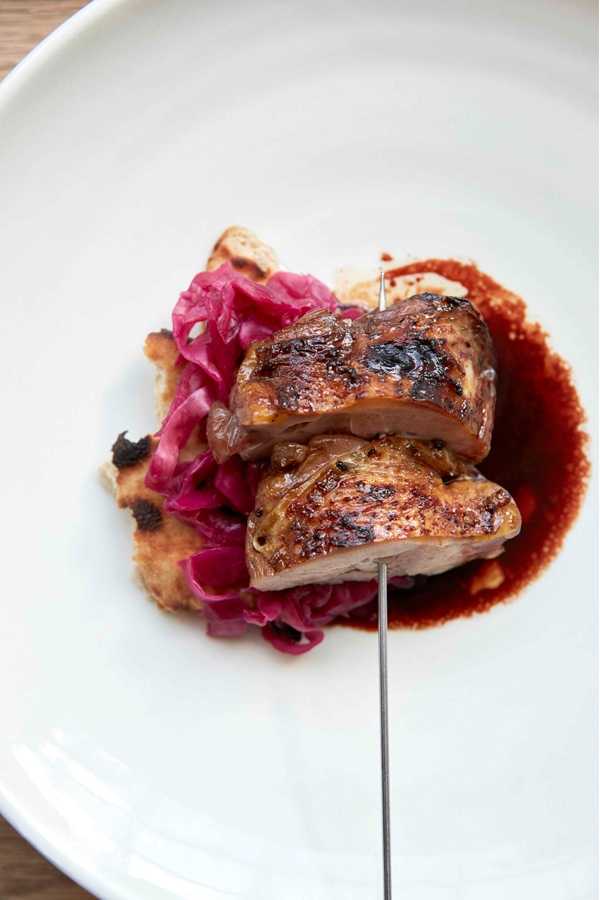 “In some instances we ask the restaurant to replace their most popular dish. For example in London, Chiltern Firehouse is a really popular restaurant; it’s booked out every night. There’s always a waiting list, and their most popular dish is the steak tartare, and they completely reinvented it with a #CookForSyria version. The chef, Nuno Mendes, cooked it at the launch site and he loved it so much that he put it onto the menu at his restaurant and kept it on there for the whole month. Instead of having toasted sourdough, he had a flatbread; instead of having capers he put pistachios; instead of putting onions he put preserved lemons; instead of his spicy sauce he put an Aleppo pepper sauce; every element was sort of transformed, and so it was recognizable as a Chiltern Firehouse dish, but the flavor profile was surprising, and I think it allowed people to understand the story behind it and get behind the whole campaign in a different way. Our ideal scenario would be for other chefs to do the same thing.”

Food is a Common Language


“Food definitely has the power to unite people and bring people together. It’s almost like a common language. Even if you don’t speak the same language, everyone needs to eat, and when you eat the food gives you physical nourishment but it can also nourish the soul in terms of people who are eating something that invokes memories of their past. It’s almost like an ode to Syria in this particular cause. It makes it more personal, it makes the heart comes through. It gives people something to talk about; it’s something that people can share through recipes, through photos, through videos. It’s something everyone can recreate as an experience.”

4 Easy Ways to Get Involved


1. Host your own supper club:

“The website has tips on how to host your own supper club, where the money goes. We tried to make it as easy for people to have the conversation as possible, especially by using the hashtag. It’s a nice way of being able to see what people are up to in terms of supporting the cause.”

For one week starting on June 25th 2017, Imad and several guest chefs from London’s top restaurants will be cooking at 180 The Strand (hosted by The Store Kitchen). Tickets to a dinner can be found here; tickets for brunch can be found here.

Completely composed by volunteers, from the chefs who donated recipes to the food photographers and designers to the printing press, 100% of profits from cookbook sales will go to UNICEF.

4. Host a charity bake sale: Want to make your own baklava? Now you can do it for a good cause. Have a bake sale in your office and donate proceeds here.

Find delicious Syrian-inspired recipes and more info on CookForSyria.com, and stay up to date with the campaign by following @CookForSyria on Twitter and Instagram.

Plan your trip to London with Fodor’s guide.