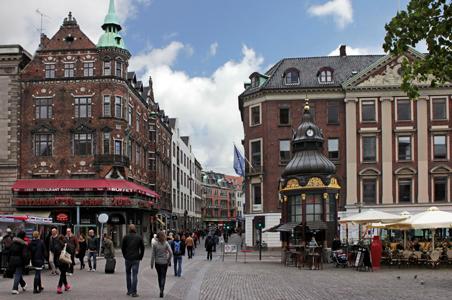 For the past few years, the Danish capital has been in the spotlight for its gastronomic scene, and though the attention is deserved, there's much more to recommend about the place than just edible rocks. Copenhagen is a compact and walkable—or bikeable—city, making it easy to squeeze a lot into a few days. Its elegant buildings and abundant canals ensure plenty of amazing views, and there's a whole world of Danish design to explore at the excellent Designmuseum and in countless shops. And yes, the food is definitely worth checking out. Fall is a gorgeous time to visit the city, so pack some sweaters and walking shoes and check out our long-weekend itinerary. 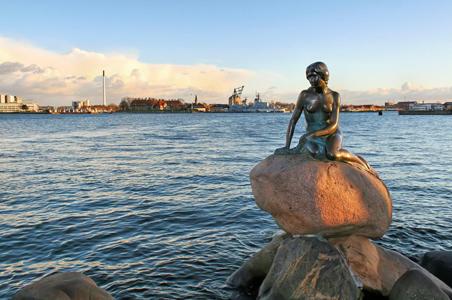 To get a feel for the city, take an hour-long canal tour, which winds through the inner harbor and canals, past many important buildings like the Royal Danish Playhouse, the Royal Castle, and the famous Little Mermaid statue.

Once back on land, head for the centrally located Strøget, a car-free area that's known as one of Europe's longest pedestrian-only streets. Make your way past the shops and bakeries (perhaps stopping for a kanelsnegle, the Danish version of a cinnamon roll) to Illums Bolighus department store, a mecca of Danish design and interiors. The place sprawls over four floors, starting with high-design household objects on the ground floor (it's an amusing game to try to guess what some of the mysterious-looking items are) on up to rooms fully furnished in Danish Modern style on the higher levels. 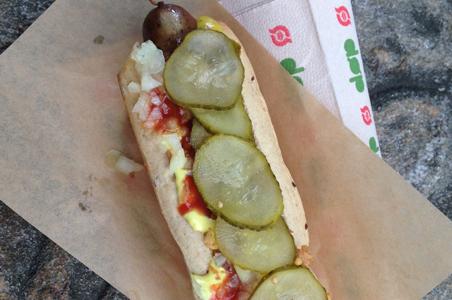 If shopping wears you out, stop for the typical Copenhagen street snack: a hotdog. The all-organic mini-chain DØP has a stand near Illums Bolighus, in front of the Church of the Holy Spirit. Choose your frankfurter—pork, beef, vegetarian, or maybe something more interesting like goat—and enjoy it on a sourdough bun made of whole wheat, rye, and linseed flour. Ask for the works: cucumber salad, fried onions, spicy ketchup, mustard, remoulade (an aioli-like sauce), and pickles; it's the Danish way. 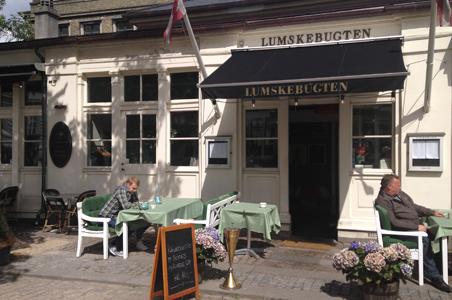 Save room for a classic lunch at Lumskebugten. This cozy tavern opened in 1854 to serve seafaring types and today is a bit more upscale, furnished eclectically with both antiques and more contemporary pieces, like somebody's home. This is one of a dozen or so old-school places in the city that specialize in smørrebrød, open-face rye-bread sandwiches, accompanied by aquavit and beer (yes, you should do like the Danish and have both). For tradition's sake, it's important to try at least two kinds of pickled herring, say, one with raw and pickled onion plus dill, and another with smoked potato. To eat it, grab your square of bread, spread it with butter or lard, and top with the fish—it sounds weird but is addictively tasty.

In the afternoon, head for Designmuseum Danmark to see the museum's take on the kind of design you scoped out earlier. Housed in a historic hospital, the small museum is doable in a few hours. You'll see a lot of chairs (organic, ergonomic design was a huge part of the Danish Modern movement) and whole rooms furnished by the likes of Arne Jacobsen, known for creating everything from furniture (you'll know his Ant and Egg chairs among other iconic designs), to lighting and silverware. 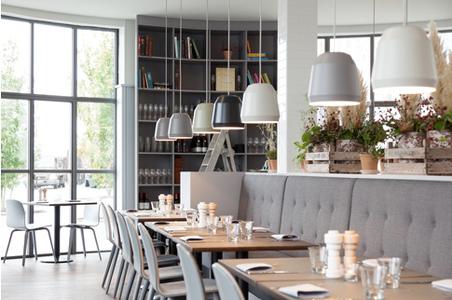 After some time to relax and freshen up, head to dinner at Almanak at the Standard, the newest restaurant from Noma founder Claus Meyer, located in a Deco-era former customs house right on the harbor that now features three restaurants and a jazz club. The menu here is modern Danish, but it's a more casual presentation than you'll find at some of the city's temples of gastronomy. Entrees like organic chicken, carrots, brown butter, and elderflower, or fried cod with tomatoes, leeks, and crab are creative yet deeply familiar, and the three-course set menu is a bargain at 350 kroners, or $60. If you still have energy after dinner, the second-floor Standard Jazz Club has free admission after 10 p.m. on Fridays and Saturdays for cocktails and DJ'ed jazz music.

Spend the morning at Tivoli Gardens, a somewhat kooky old-fashioned amusement park that opened in 1843, making it the world's second oldest. Tivoli is a sort of World's Fair-style hodgepodge of global exhibits—a Chinese theater over here, a Moorish-style hotel complete with minarets in a different corner. Ride the 100-year-old Rutschebanen wooden roller coaster if you dare, or just take it all in from the Star Flyer, which happens to be the world's tallest carousel. 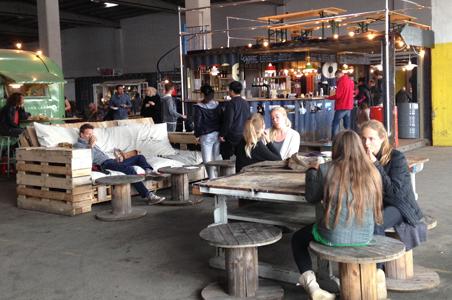 For lunch, head to Papirøen, aka Paper Island (where the Danish Press used to store newspaper), to check out the new Copenhagen Street Food market. This food-only indoor flea market of sorts is modeled after Brooklyn's weekly Smorgasburg market, with an assortment of vendors selling tacos, fish and chips, currywurst, coffee, beer, and other important food groups out of converted trucks, Airstream trailers, or kiosks fashioned from recycled materials. On a warm day, take your lunch outside for harborside picnic table dining. 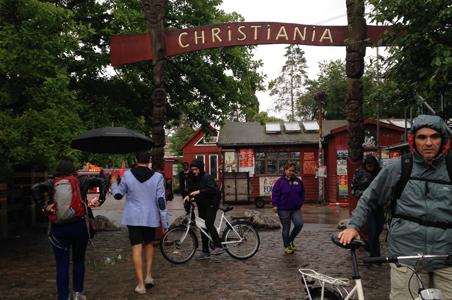 You're not far from Christiania, Copenhagen's experiment in Utopian living, which cropped up in a onetime military area in the 1970s. Today the community has around 800 residents (and hundreds of tourists on a busy day). Visitors are welcome to wander the car-free village, where you'll find performances and beer bars, but take note that certain areas are off-limits to cameras. 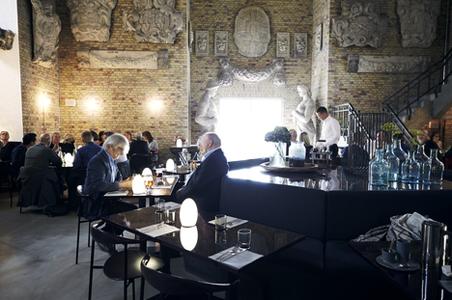 Be sure you've made reservations for Restaurant Tårnet, which opened over the summer in the tower of Christiansborg Castle, home of the Danish Parliament. With high ceilings and disused royal statues here and there, the dining room definitely has a castle vibe, and the modern Danish menu is a winner, particularly the grilled langoustine with cauliflower, radish, and a buttermilk vinaigrette. If you schedule dinner properly, you can go up in the tower, which is free and open until 10:30 p.m., to take in full city views.

For a nightcap, cab it over to Lidkoeb, the newest bar from the folks behind the popular cocktail joint Ruby. The inventive cocktail menu changes seasonally, and the cozy fireplace inside this circa-1700s building is the perfect place to warm up if it's chilly out. 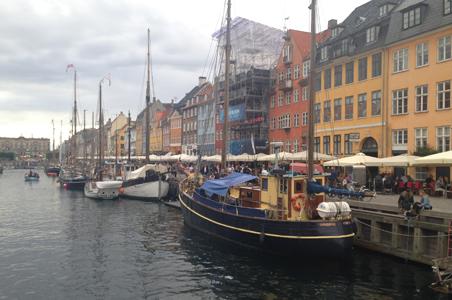 Many things in Copenhagen are closed on Sundays, so it's a good time to wander and people-watch. If it's nice out, stroll over to Dronning Louises Bro bridge, a popular hangout for young people on sunny days. The bridge spans one of five lakes surrounded by walking trails, which make for a pleasant place to amble or jog.

Before heading to the airport, grab a last meal at Torvehallerne, a food market offering an astounding array of foods—everything from fried fish to sushi to tapas to baked goods, much of it with a Danish spin. Take a lap of the two-building complex before settling on your choices. Whatever you decide on, be sure to grab a kanelsnegle (cinnamon roll) from Laura's Bakery for the plane.

If you can get a room, the brand new 118-room boutique hotel Sp34 may be your best option. Not only is it located centrally in the city's Latin Quarter, but it's home to two onsite restaurants and two bars, including a rooftop terrace (a rarity in Copenhagen). If you long for water views and timbered beams, check into Nyhavn 71 Hotel, inside a former warehouse right on the pretty Nyhavn Harbor. Rooms are small yet chic, and breakfast is a terrific spread of stick-to-your ribs Danish fare—another chance to try that pickled herring.

Summer, with its long days, is the nicest time to visit, but Copenhagen is still beautiful, if cooler, in the fall—just pack lots of sweaters and in turn enjoy lower prices on hotel rooms. In December, the city comes alive with Christmas markets and holiday cheer. After that, Copenhagen goes into hibernation until spring.

How to Get There

Jenny Miller writes about food and travel. Her work has appeared in Departures, Saveur, Bon Appetit, and Food Republic. Follow her on Twitter and Instagram: @JennyHighlife