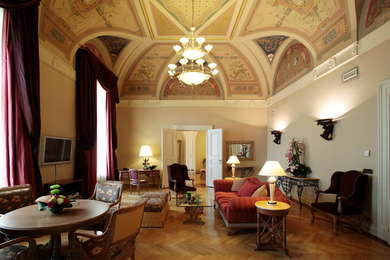 Dripping with glamour, this mammoth 19th-century neoclassical palace is part of the Marriott Hotel's high-end Autograph Collection. It was recently ranked as one of Conde Nast Traveler's best hotels in town, and there are plenty of other baronial touches, including a big cigar bar, one of the oldest cognac vaults in Europe, and a gorgeous Roman spa with mosaic tile flooring.

The big beds, armchairs, and striped wallpaper maintain the period feel in the rooms, designed by Italian architect Maurizio Papiri. The standard rooms have nice touches, like soft headboards and leopard print chairs, but the suite is drop-dead gorgeous. With stuccoes and period furniture, it looks like it belongs in a TV period drama (and costs a similar amount to said drama's entire season's budget).

YOU SHOULD KNOW Because of the hotel's slightly out-of-the-way location, and the design of the space itself, some of the rooms have pretty poor views unless you spring for the more expensive rooms. Be warned: prices leap up when you do. 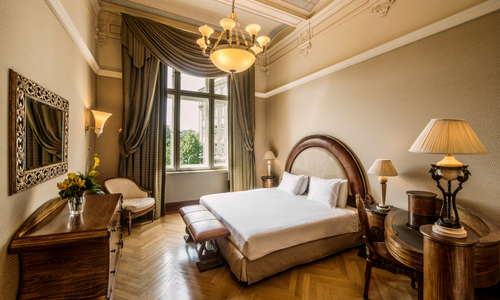 The high-ceilinged lobby space, which was once a post office and now does double duty as a café, oozes luxe touches like towering palm trees and gargantuan floor lamps. 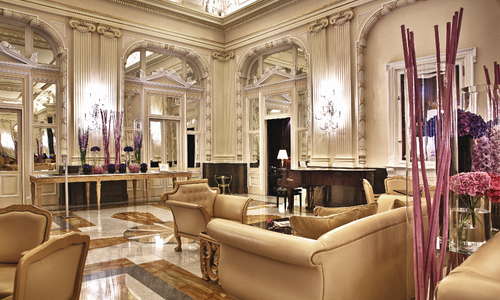 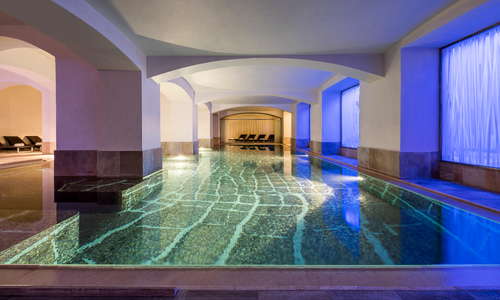 The lovely spa uses products made especially for Carlo IV, and offers massages, beauty treatments, and hydromassage tubs, as well as a sauna.

YOU SHOULD KNOW The spa is free for guests other than between 5 p.m. and 8 p.m., when a cheeky €10 charge is added. 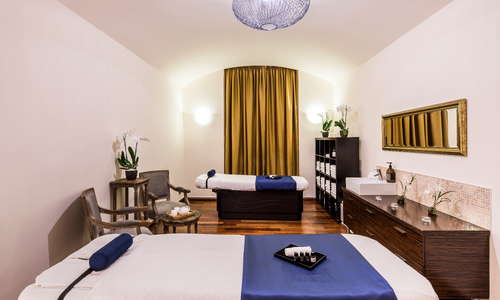 The wellness center at the hotel also features a fitness area.

The Inn Ox Lounge, all tasteful green chairs and shining columns, offers Mediterranean fare. The Salon Restaurant is a high-end experience with dark, fancy decor to match. The hotel also has the Opera Ballroom for gala dinners, meetings and events. The breakfast, a lavish spread that fits the sumptuous surroundings, also deserves a special mention, although it is not always included in the room rate.

The breakfast, a lavish spread that fits the sumptuous surroundings, also deserves a special mention, although it is not always included in the room rate. 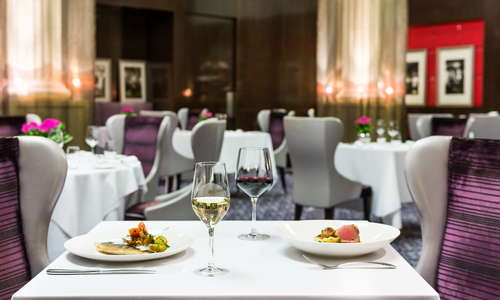 The Cigar Bar is pretty special: dark brown wood, retro lamps, and mirrors combine to give a gentlemanly feel to the space for guests to partake in cigars, cognacs and other drinks, all in a former bank vault. 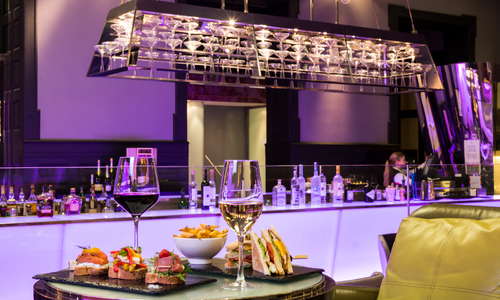 Close enough to Old Town to see everything by foot; the no.15 tram (and others) from the nearby Dlážděná stop can take you to Mala Strana and beyond, and the main railway station is also close. Taxis and Ubers are also easy to pick up around here, or ask the concierge.

There's top quality Asian cooking on the menu at Sansho (12-minute walk), or for a more traditional treat, La Degustation (14-minute walk) has a Bohemian-cooking inspired tasting menu, among other delights.

The hotel is close to Náměstí Republiky, where the Kavárna Obecní dům (8-minute walk) is a beautiful place for a drink overlooking the square. Or for straight-up no frills Czech beer in a pleasant courtyard, Kolkovna Celnice (2-minute walk) is very close.

Want to feel like aristocracy without completely breaking the bank? The Carlo IV is your answer.

It's high-end, and it's not cheap, but the beautiful entrance, gorgeous lobby and stellar spa and pool will make you feel like a million dollars (without necessarily having to be a millionnaire, particularly if you get a good deal on the standard rooms). 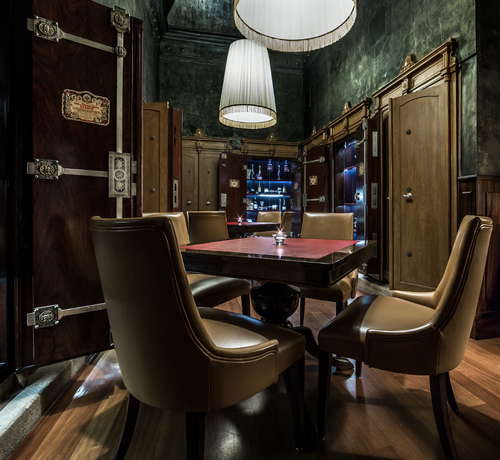 #1 9 Hotels in Prague With Luxurious Pools and Spas

#4 Prague's Most Luxurious Hotels For You To Feel Fancy At

Thank you for your interest!
Look out for our newsletters with travel tips and special offers.
1/7 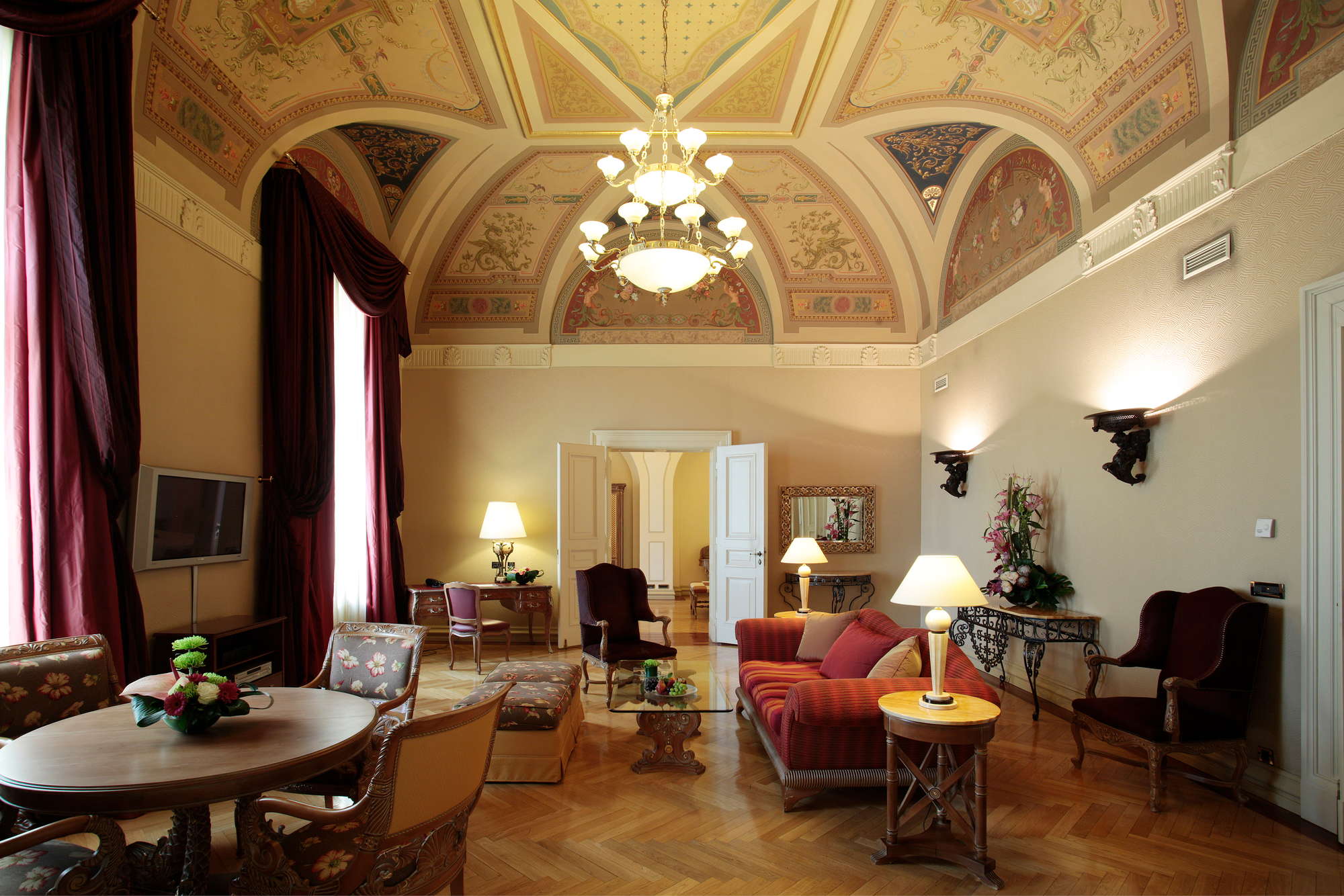 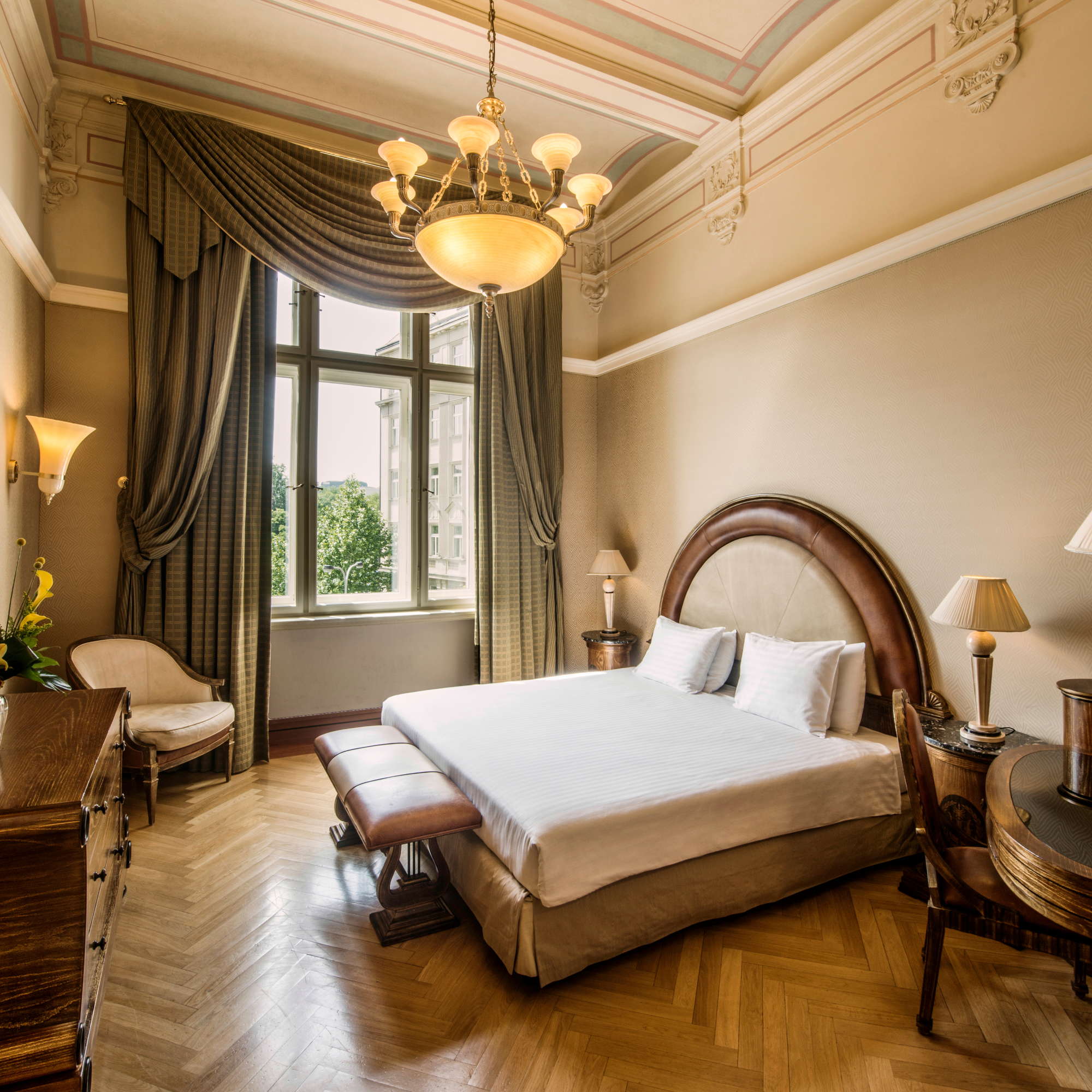 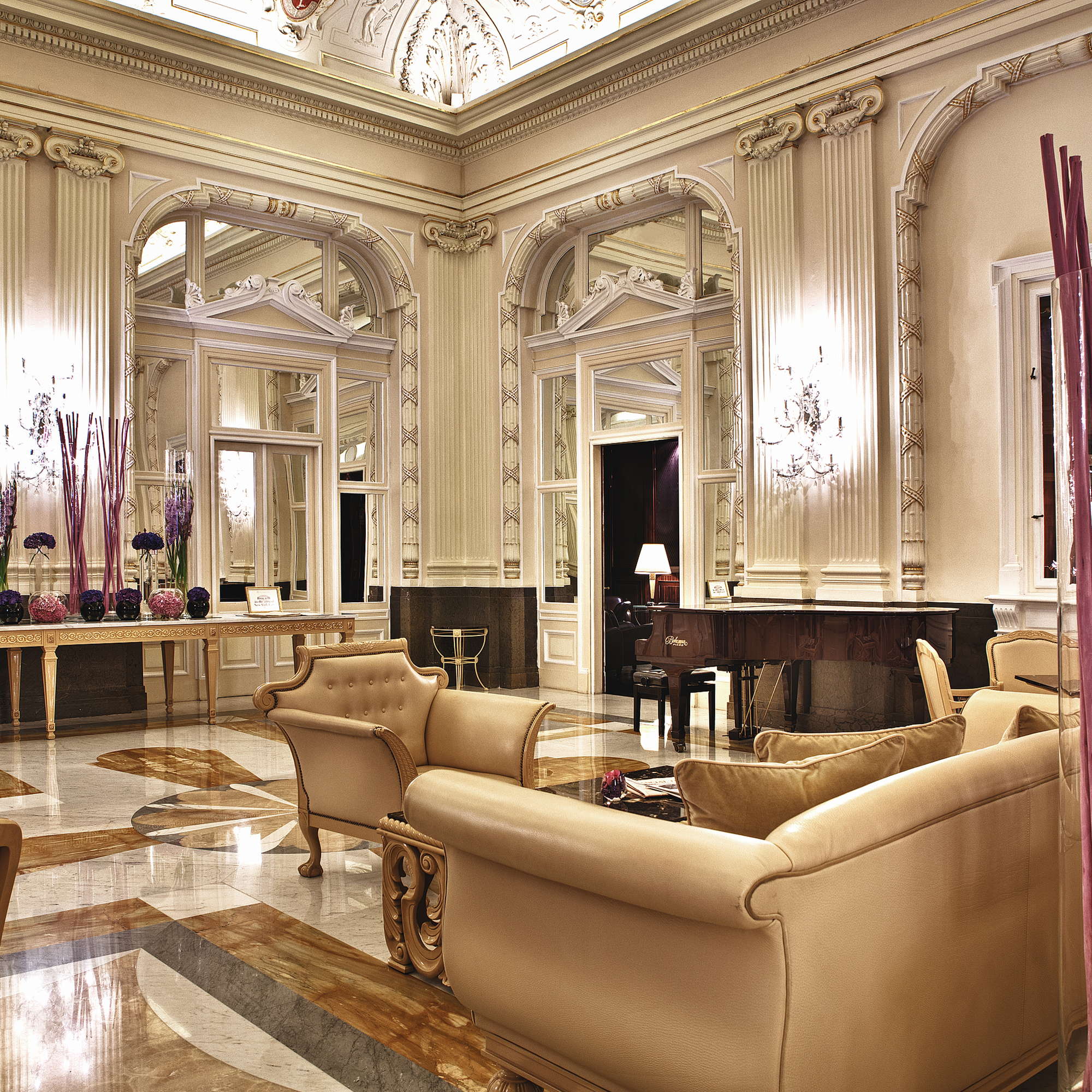 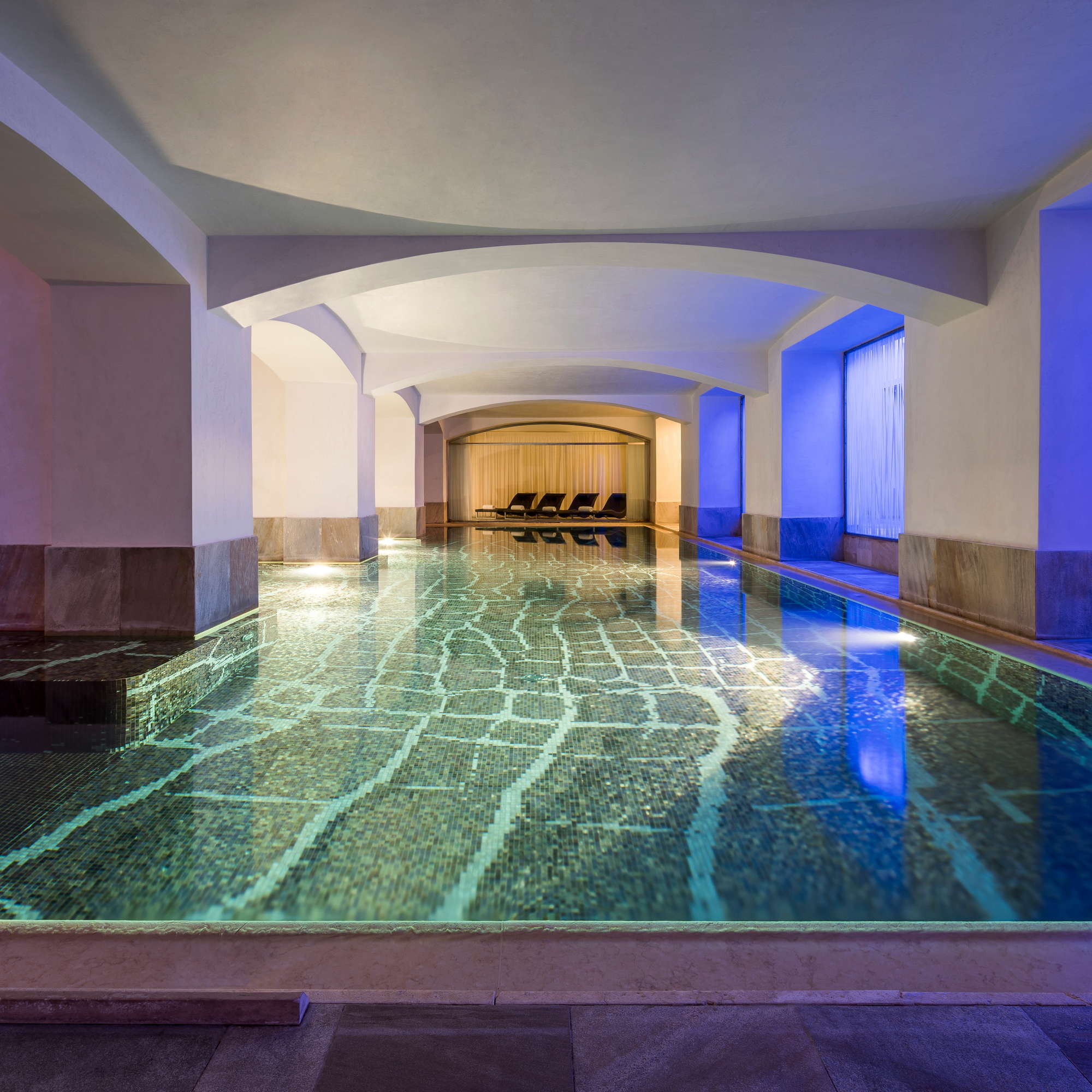 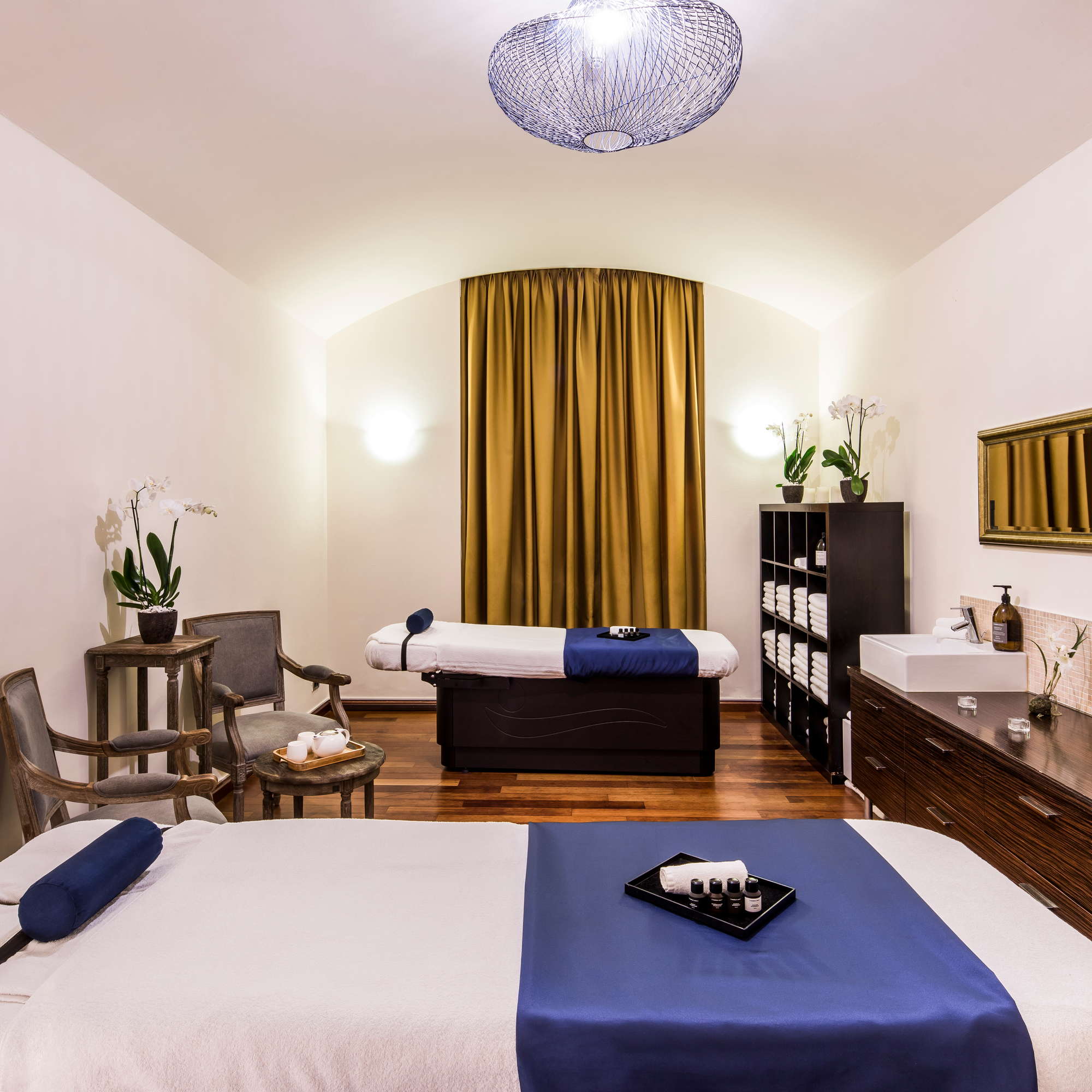 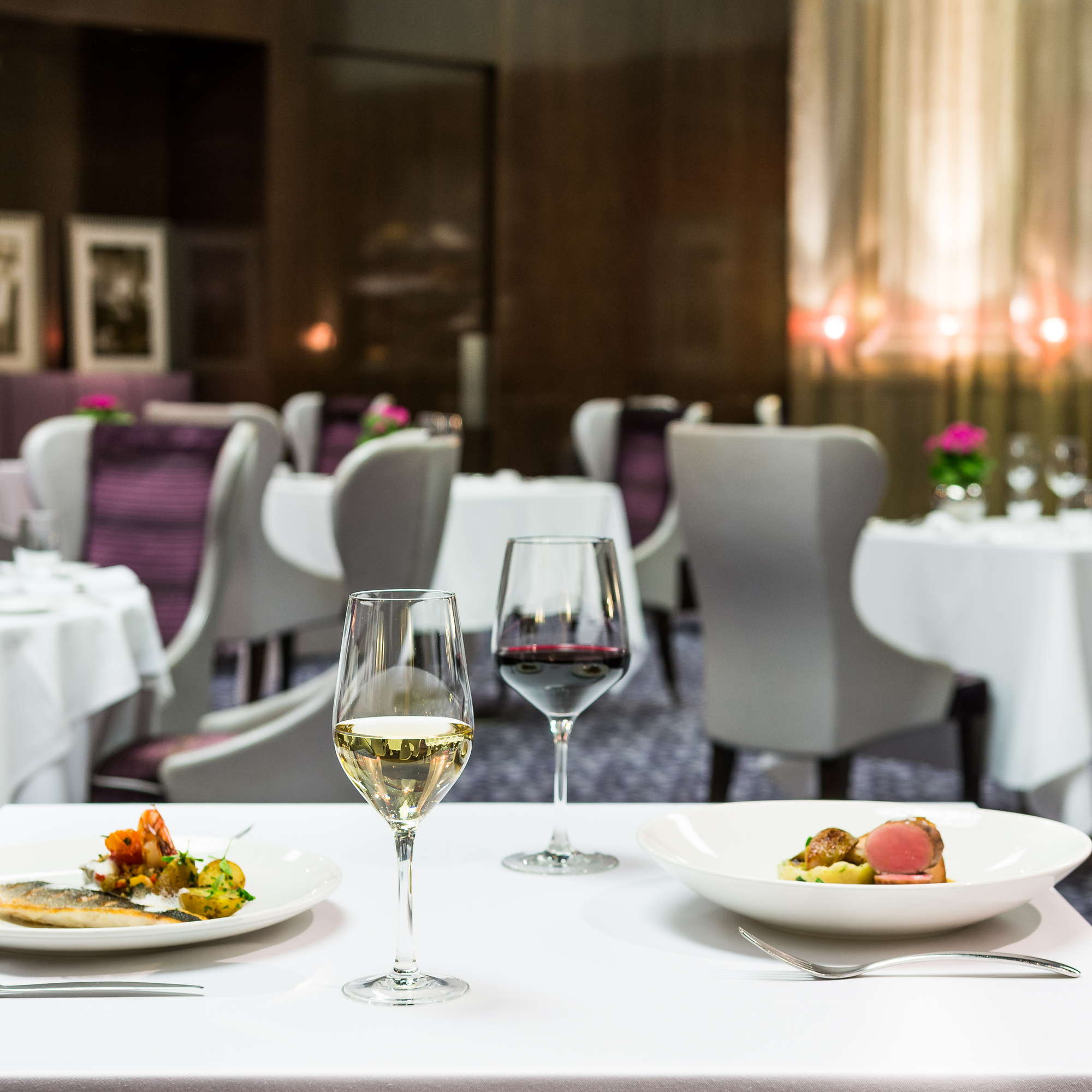 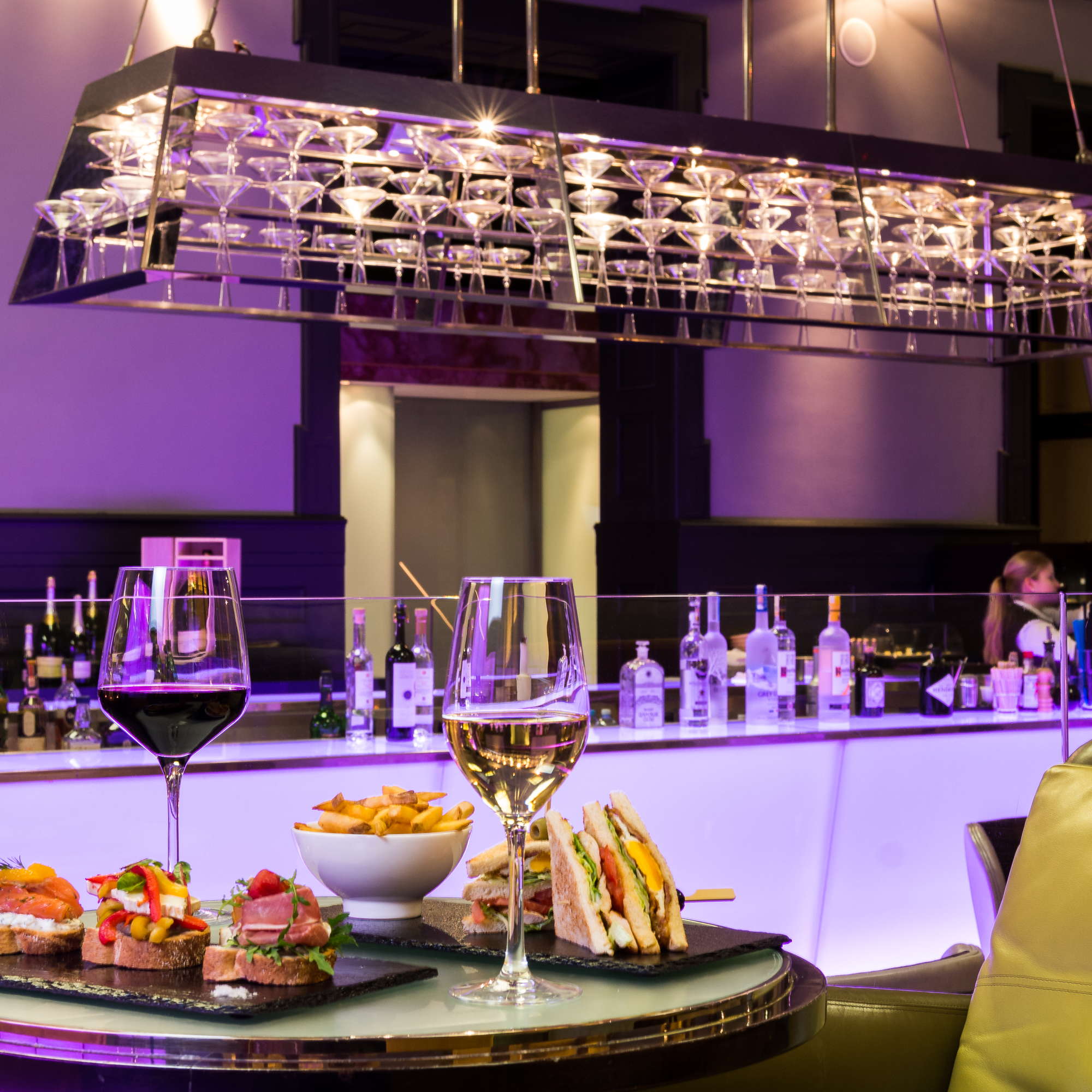