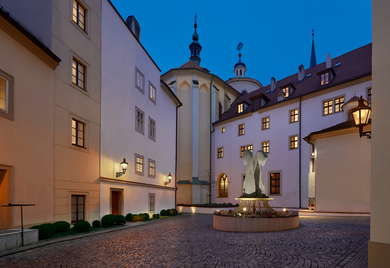 There's plenty of competition in Prague's high-end hotel market, but the Augustine—now part of Starwood's Luxury Collection—has vaulted to the top. How did they pull it off? First, there's the historic location, converted from a 13th-century monastery, with several monks still living on the grounds. Then there's the impeccable service. And finally, the rooms themselves: designed by Olga Polizzi, they are individual and comfortable. There are many other five-star hotels in the city, but the Augustine truly reflects Prague's distinctive beauty.

The rooms incorporate modernist and cubist furniture designs—chaises, dressers—with art from '20s and '30s Czechoslovakia and splashes of color on the unfinished wood floors. If the rooms don't have great views of Prague, they look into the hotel's inner courtyard—which isn't much less beautiful or historic (the building dates from 1284). Some have vaulted ceilings and wooden beams, and the rooms in the upper floors of the hotel were once the original monastic cells. Beds are firm and comfortable. 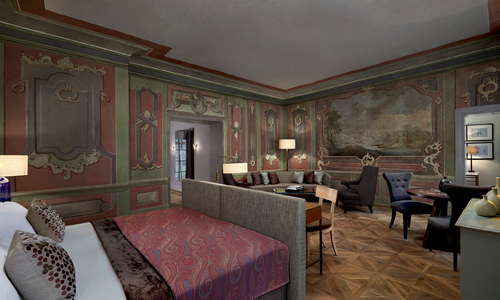 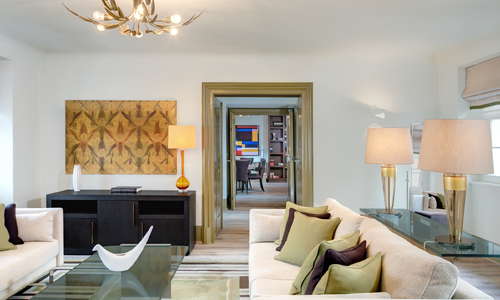 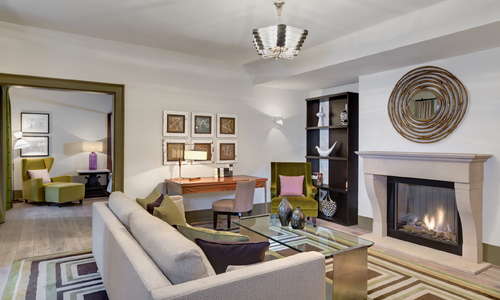 Some of the bathrooms boast amazing original features but all of them are a combination of marble and mosaic, with heated floors. Most have walk-in showers and natural light.

The door to the bathroom in the classic suite is perhaps the best bathroom door in Prague; made of iron panels, it looks like it belongs in an ancient castle rather than a luxury hotel.

The lobby is suitably swanky, with a dark wood reception desk, mood-lighting and red sofas, but the real moment of relaxation comes as you enter the hotel's gates (and into its tranquil courtyard, with modern art to your left, the glass entrance immediately in front of you, and ancient-looking bulidings to your right) rather than its front door.

The treatments at the hotel's pleasant Augustine spa are inspired by the building's former residents, the Augustinian order of monks, and one stand-out option is the St Thomas Beer Body Ritual, involving exfoliation with hops and beer followed by a full-body massage.

The hotel offers top-end European food as well as Czech specialities, served in a pleasant glass-covered courtyard. The chef, Marek Fichtner, also has barbecues in summer.

The hotel's Refectory Bar is gorgeous, and, like the hotel itself, a pleasing mix of the old (19th century baroque ceiling frescoes) and the new (bright green velvet chairs, funky art pics behind the bar). It's also double-height, which makes a nice change from many poky hotel bars, and there are cocktails inspired by the frescoes themselves (called the Angel's Cocktails). There's outside seating below the 13th century arcades.

YOU SHOULD KNOW The hotel boasts an even more atmospheric drinking venue in the St Thomas Brewery Bar, formerly the cellar of the original St Thomas Brewery. It comes complete with 17th century stalactites, but is currently only available for private events.

As with many of Prague's best hotels, on foot is the easiest way to see the sights thanks to the central locations of the hotels themselves. But the Augustine is also close to the Malostranska Metro stop and trams.

In the summer, the hotel is close to the hip riverside Containall (5-minute walk), an art gallery and bar housed in shipping containers. Or old-school Czech pub authenticity is available nearby too, in the form of U Hrocha (4-minute walk).

Swanky, swanky, swanky--but the luxury here is tailored to Prague, so you never feel like you could be just anywhere, while at the same time enjoying international-standard accommodation. The hotel is right by Mala Strana's main square but feels like a tranquil retreat, and the history of the building is unbeatably atmospheric. 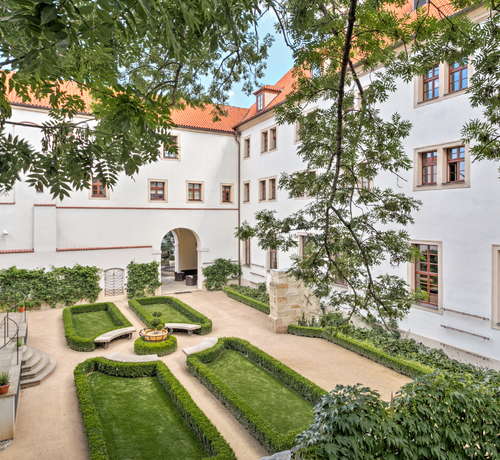 #3 9 Hotels in Prague With Luxurious Pools and Spas

#3 Prague's 8 Best Hotels Near the Castle

#6 The 7 Best Hotels in Prague for Families

#7 Prague's Most Luxurious Hotels For You To Feel Fancy At

Thank you for your interest!
Look out for our newsletters with travel tips and special offers.
1/4 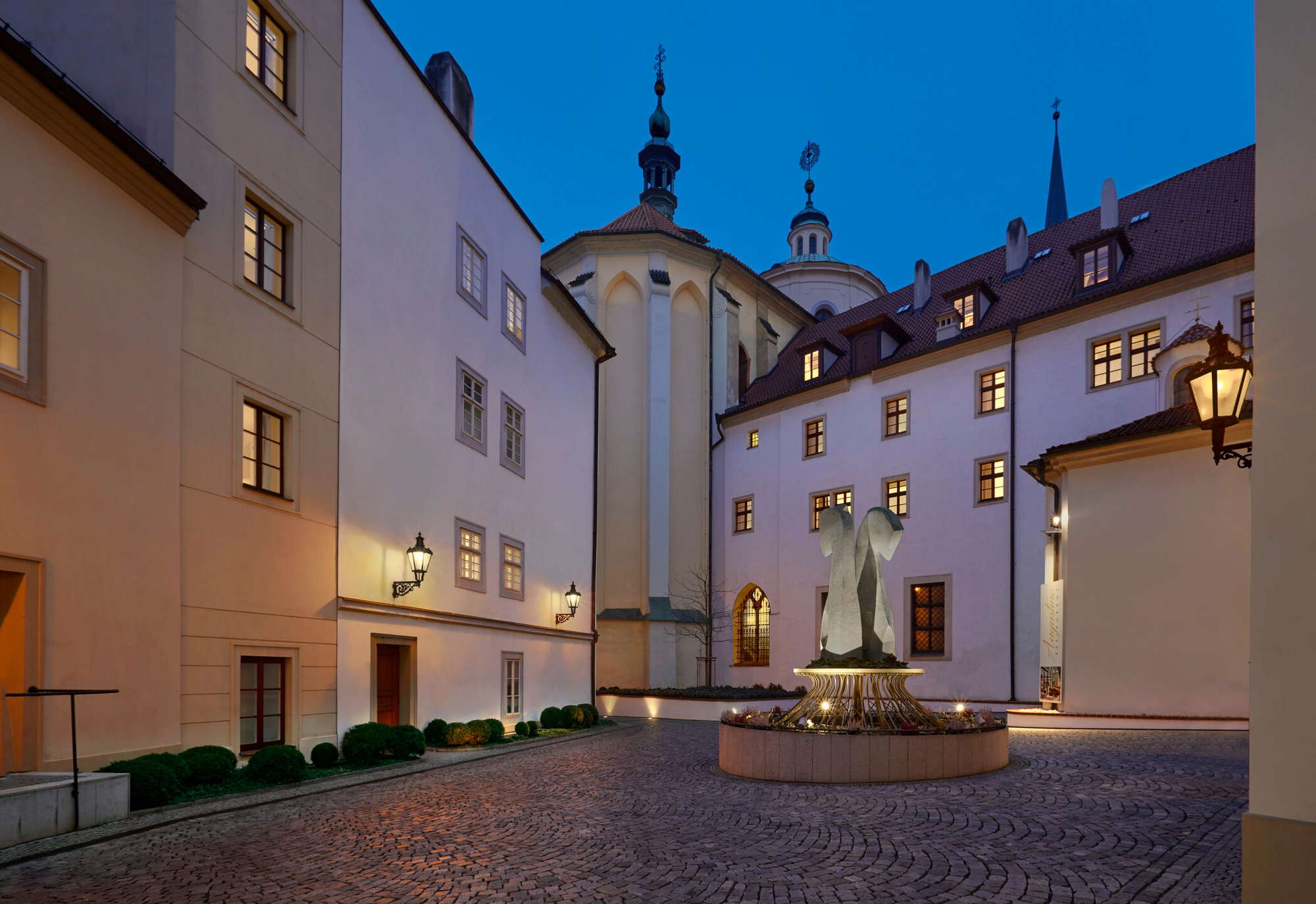 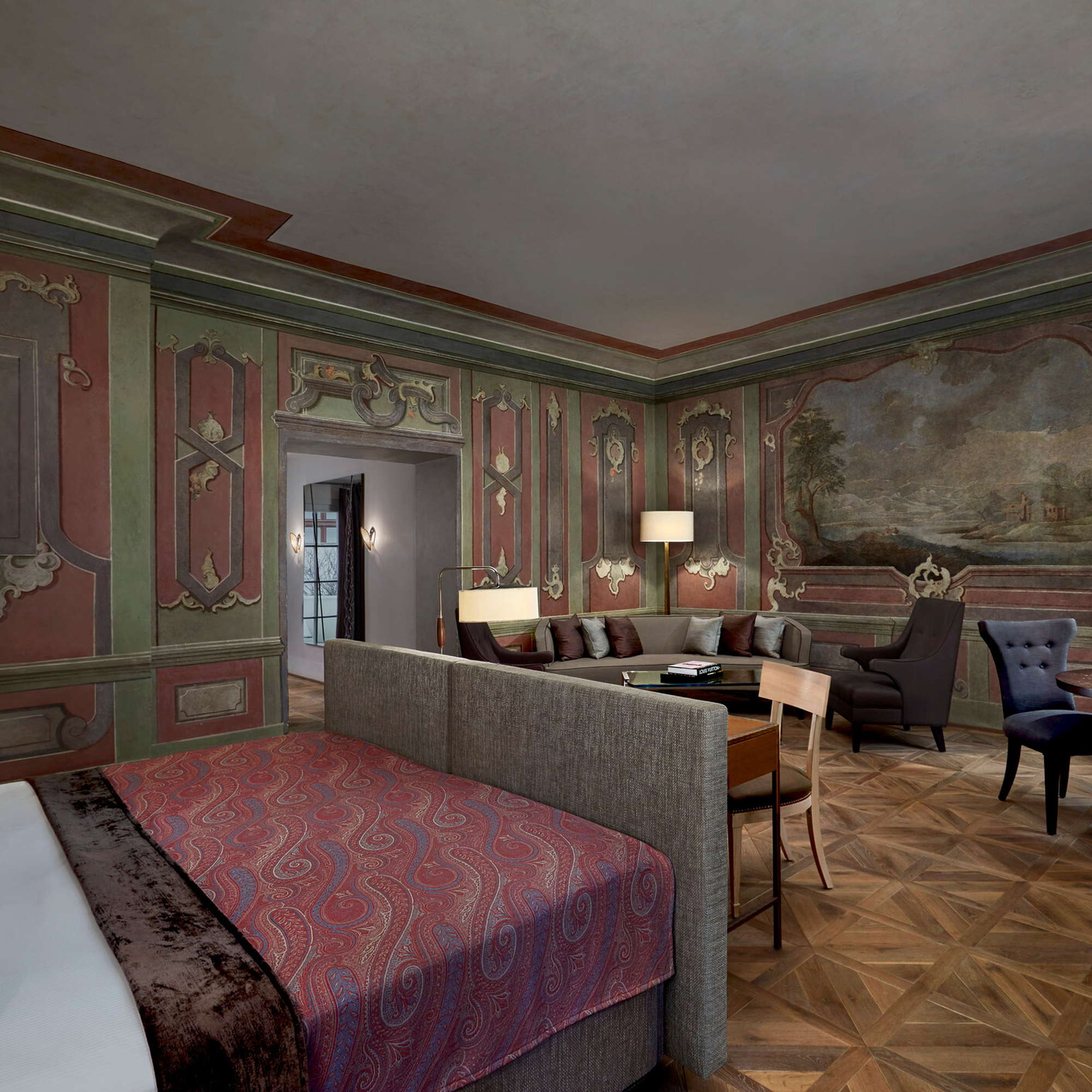 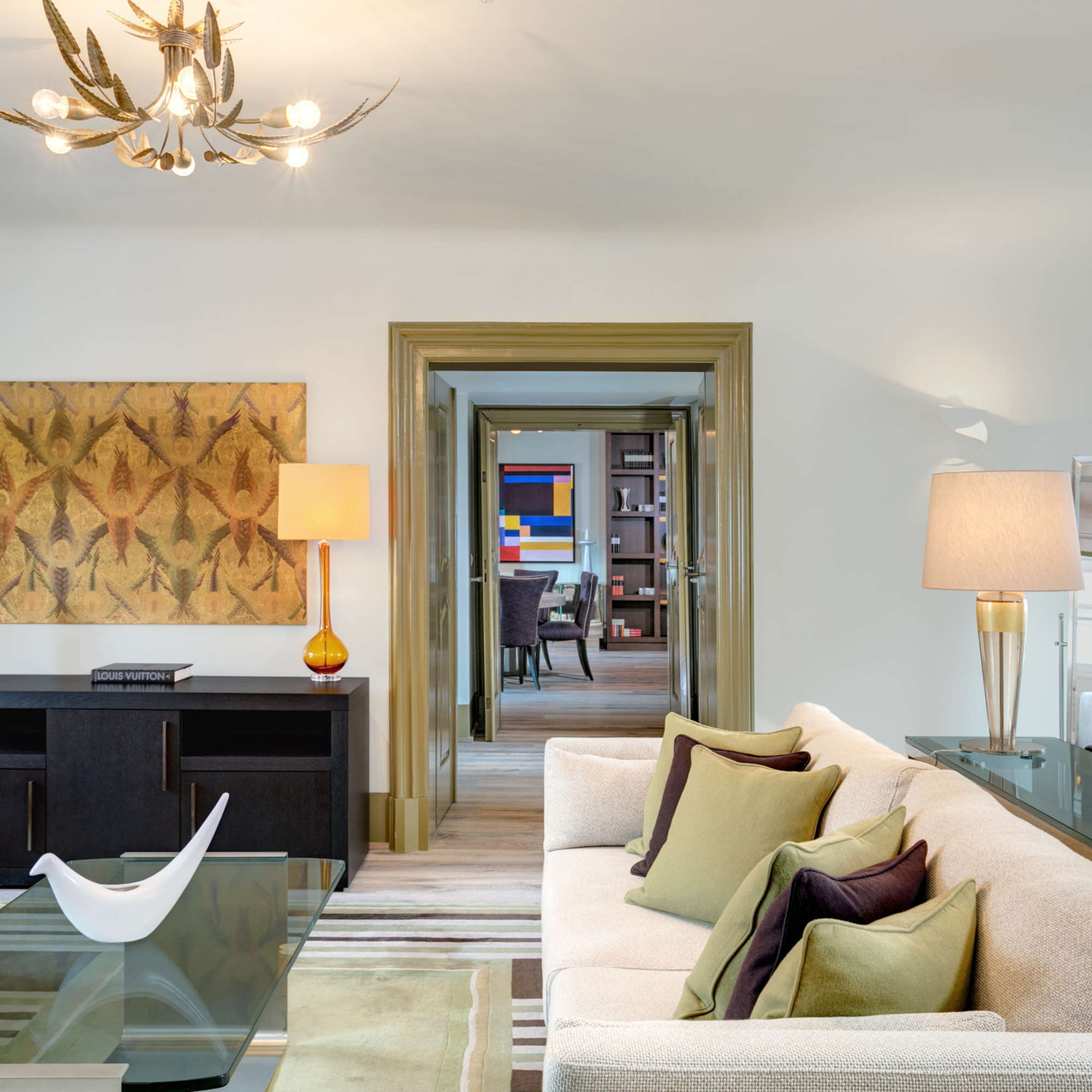 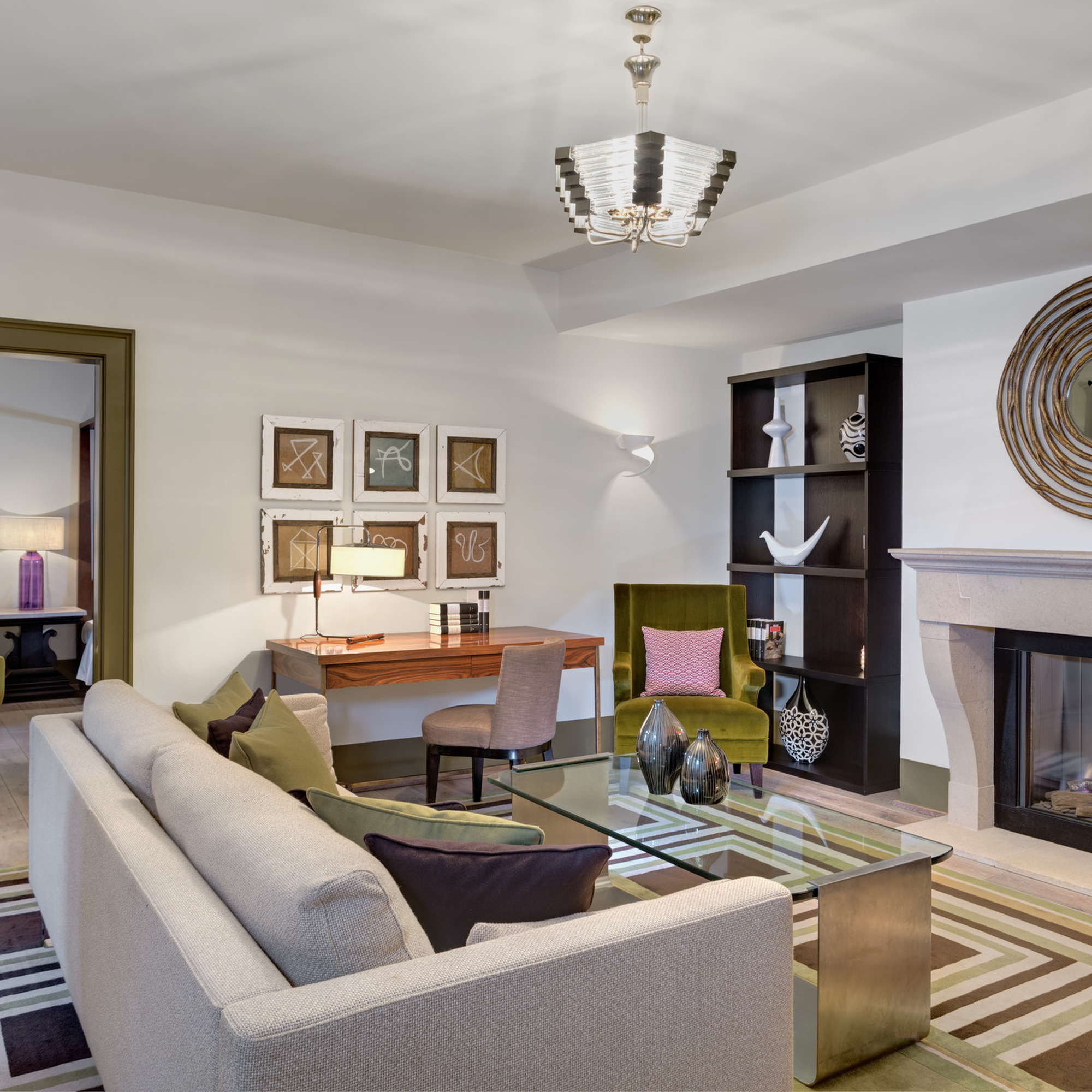