Ask Fodor’s: Should I Drive from Prague to Zagreb? 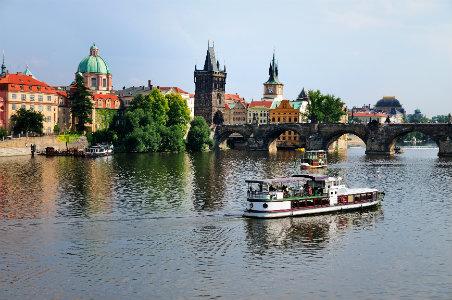 Our column this week features a question from Patrick Salhab via Facebook:

Hello guys, I'm planning to visit Prague, then go to Zagreb by car. How feasible is the idea? Any helpful suggestions?

Road trips are one of my favorite ways to explore a new place (or see a different side of somewhere you've already been), but renting a car in a foreign country and making the trip over international borders is often one of the more complicated modes of traveling. That said, rental car agencies are available in nearly every major airport in Europe and for the most part, roads are safe, plus there are enough major highways that you don't have to worry about undeveloped back roads. So, if you're looking to make the drive from Prague to Zagreb, you'll need to decide what's most important for your trip: getting to a location as quickly and as cheaply as possible, or the fun (but often challenging) journey of a road trip.

While in Prague, you can pick up a rental car either at the airport or in the city. Price will vary by agency, but expect to pay at least $50 per day; it's best to shop around online to find the best deal. There are sometimes restrictions concerning driving into other countries, so be sure the company knows you'll be crossing several international borders. Also, double-check that the rental agency also exists in Zagreb, where you'll be dropping off the car. 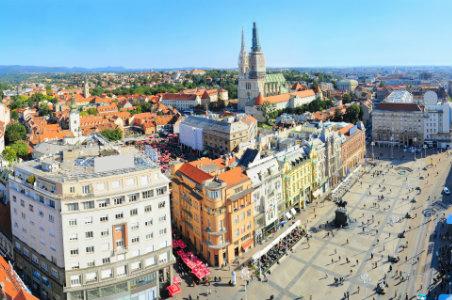 The actual drive to Zagreb is about seven hours, which is long, but ultimately doable in one day if you don't mind the length and don't want to pay for a rental car for longer than one day. Keep in mind you'll also be paying for gasoline and tolls, which will vary with every trip. Typically, gasoline in the Czech Republic is more expensive than in the U.S., so driving won't be the cheapest way to travel. Depending on your route, you'll be passing through Austria, so think about making a stop in Vienna or another Austrian city if you want to take a break.

If you're still on the fence, remember that you can also travel to Zagreb via bus, train, or plane. Your cheapest option would most likely be a bus, with prices from $60–$90, but because of stops, expect this to take up to 12 hours. A train will take about the same amount of time as driving (roughly eight hours) and cost about $130–$150—a similar amount to what you'll spend on the rental and gasoline. If saving time is your biggest concern, the quickest way to get to Zagreb is flying, which only takes about three hours, but will run you anywhere from $200–$400 for a ticket.

So yes, a road trip from Prague to Zagreb is possible and can be a great way to see more of the Czech Republic, Austria, and Croatia than you might have otherwise. Just be sure to plan and book everything in advance, and be prepared to spend a significant part of your trip behind the wheel. There are other options for getting to Zagreb, but because it isn't a major transport hub like other European cities, those might be just as expensive as renting a car. —Amanda Sadlowski, Assistant Editor

Have a travel question for our experts and editors? Ask us on Twitter or Facebook using the hashtag #AskFodors.