If it weren’t for eavesdropping on the British couple’s conversation next to us during dinner, we would’ve never known that only three miles away hidden deep in the Plitvice Lakes National Forest lies an enormous abandoned mansion built for a famous dictator after World War II.

If you drive from the enchanting blue and green lakes of Plitvice Lakes in Croatia, down a narrow road, across a small wooden bridge, and out a bumpy gravel driveway for three miles, you will dead-end at a dilapidated villa. The impressive villa is 64,583-square feet, reaching skyward, competing with the height of the surrounding beech trees.
The huge wooden front door is ajar, welcoming us in. I was feeling brave about going inside and exploring every nook and cranny of the abandoned mansion before I saw it. But laying eyes on this massive structure in ruins rattled me. There was not a person anywhere in sight, and not a single sound other than the wind rustling through the trees. 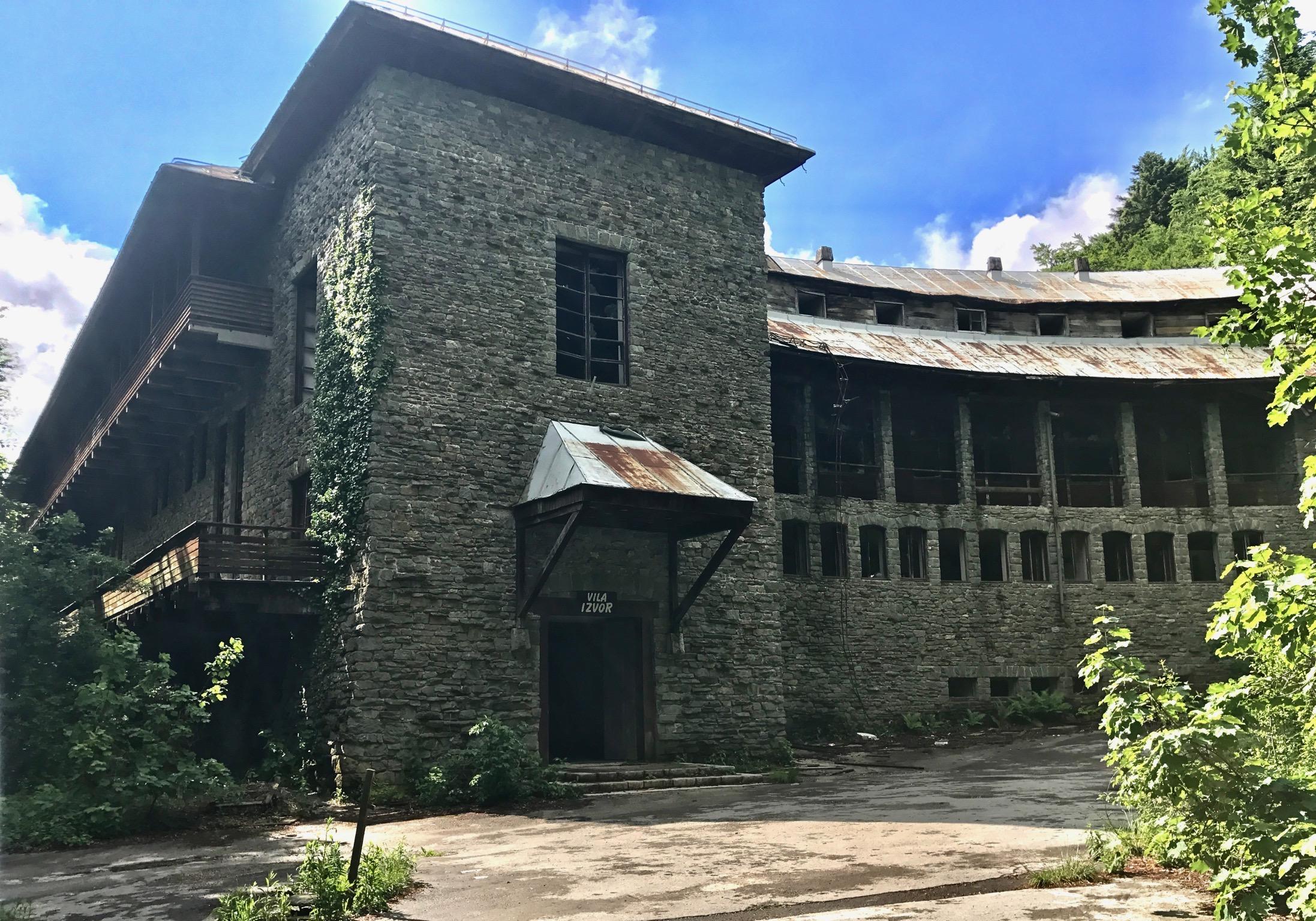 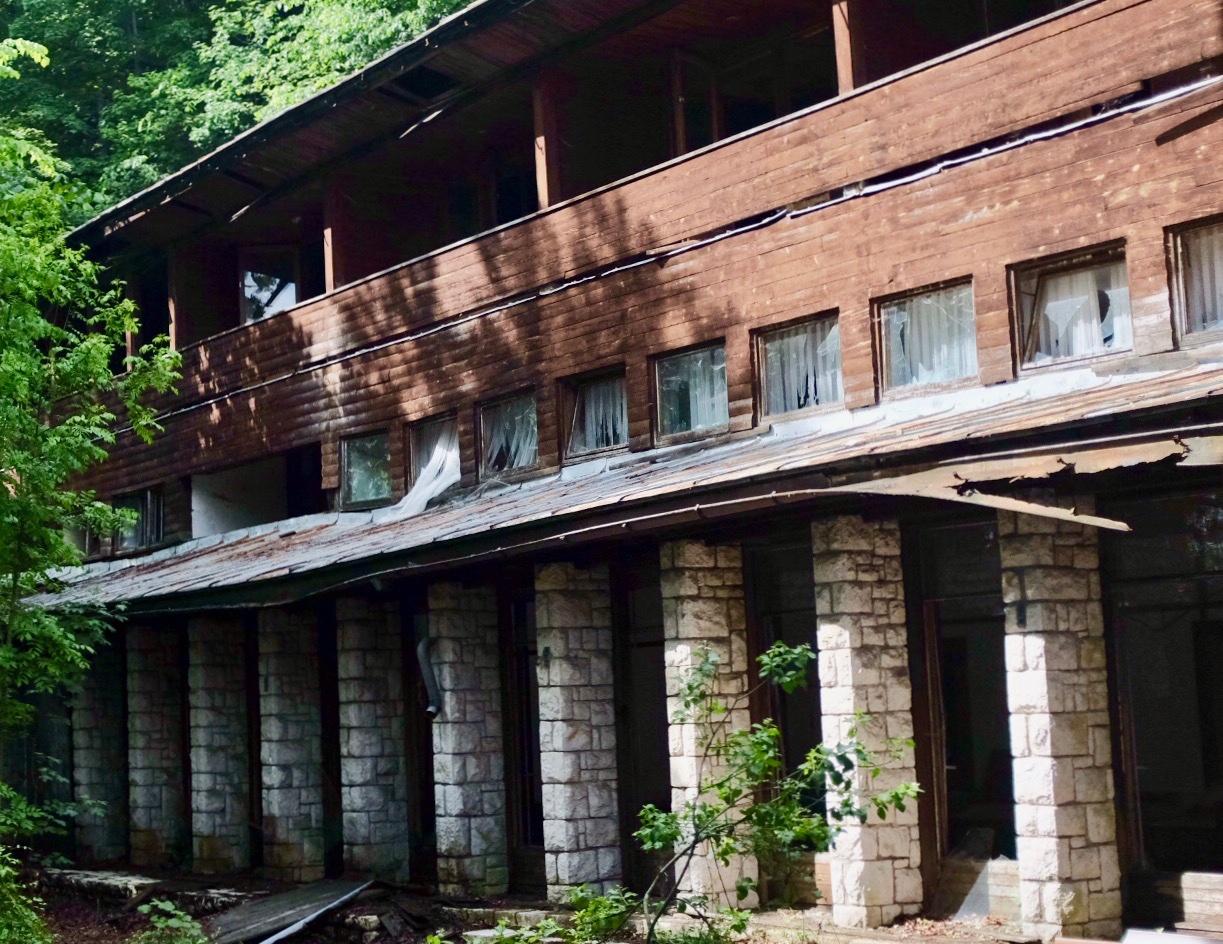 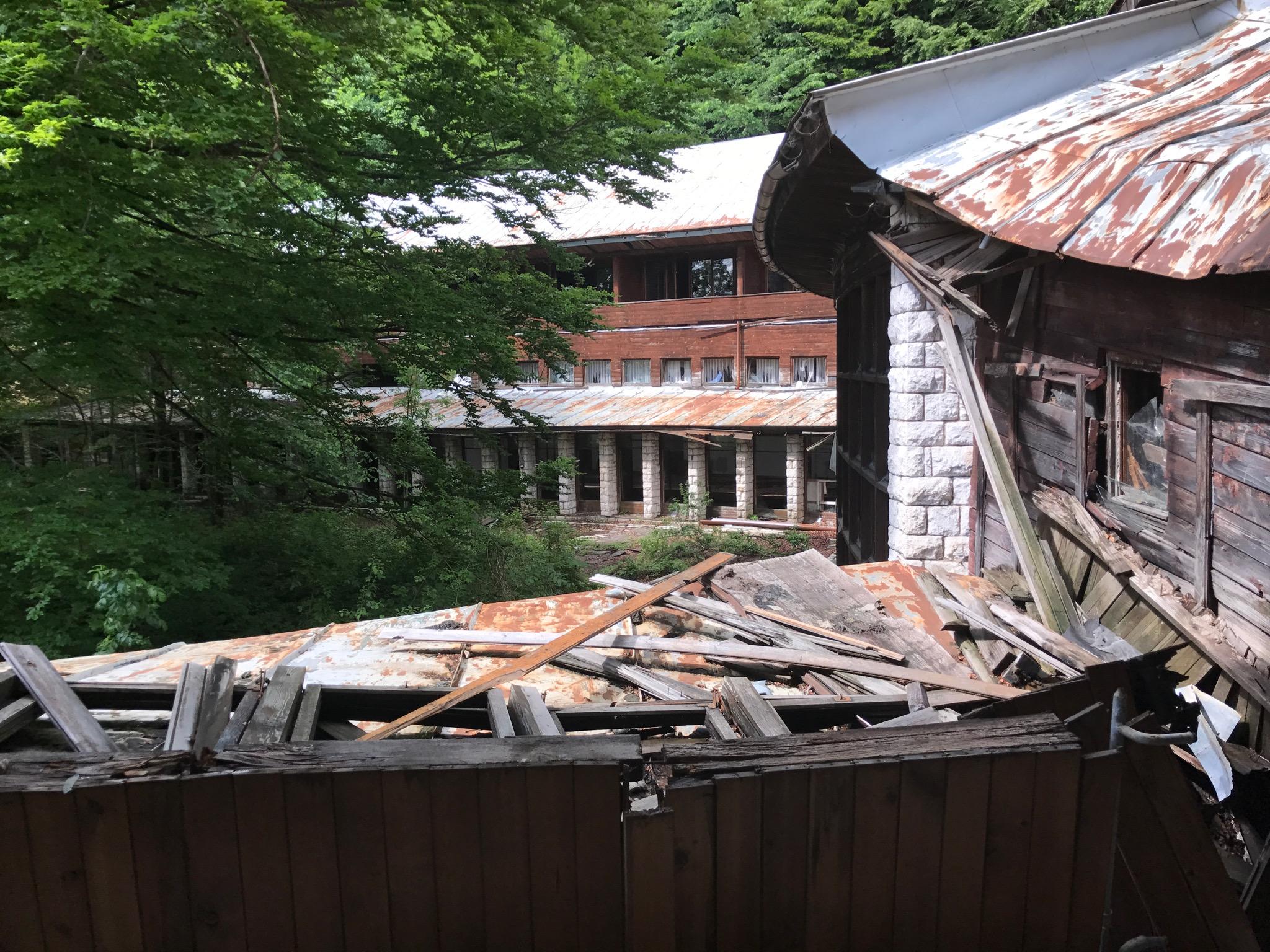 INSIDER TIPIf you dare to visit Tito’s retreat, wear good shoes and exercise caution when walking through the house because the floors and ceilings are not stable.

The mansion is called Vila Izvor and it once served as Yugoslavian President Josip Tito’s vacation hideaway, also referred to as the hunting cottage or Tito’s Eagle’s Nest. Tito was President of Yugoslavia from 1953 to 1980, where he became world-renowned for the leadership of his country along with a long list of accomplishments and hardships.

Tito was known to be a “benevolent dictator” and ex-Yugoslavians nostalgically refer to the time of his power and leadership as “the time when God was walking on Earth.” Some say he may be the only beloved communist dictator that ever lived.

Objekt 99 was the secret name of Tito’s hideaway as it was being built. At the time, it was the most expensive presidential residence ever built. It took five years and hundreds of political prisoners from World War II to build Vila Izvor into a palace of wood and marble splendor. It was completed in 1954. Under Vila Izvor, a half mile secret tunnel was built by the prisoners so Tito would have safe passage out if he was threatened.

There is a small unassuming wooden sign above the front door that says “Vila Izvor” in juxtaposition against the towering mansion it’s named for. It was surprising the sign was still there when so much of the mansion had been destroyed by the forces of nature and pilfering thieves.

Walking through the front door of the Vila is an overwhelming experience. From the front door, there is a view to the backyard by way of 60 windows and two doors, all with broken windows. Once upon a time, translucent flowing white curtains adorned all the windows. Today, all that is left are two sad, ripped panels that look like ghosts waiting to take their final curtain call. 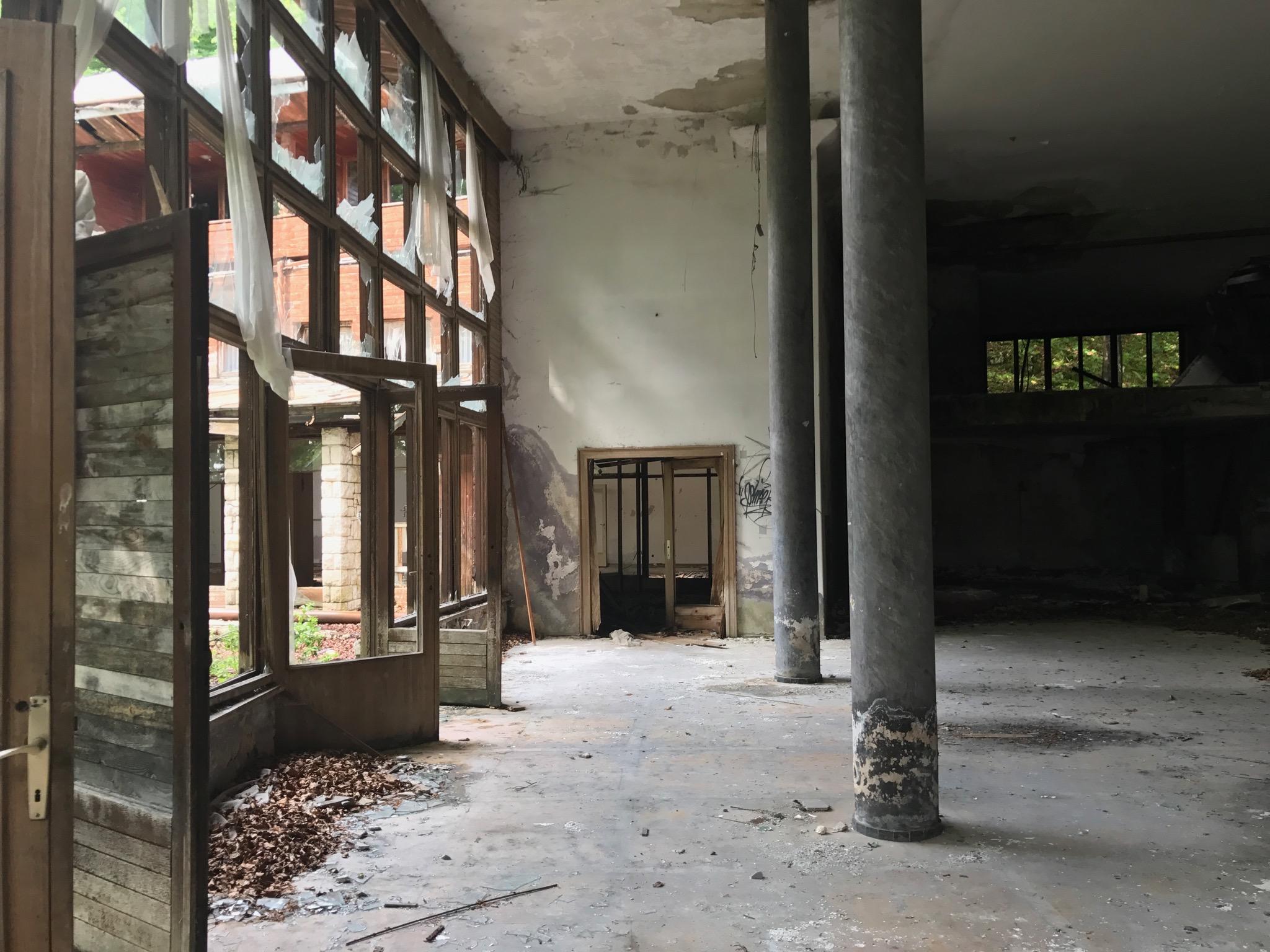 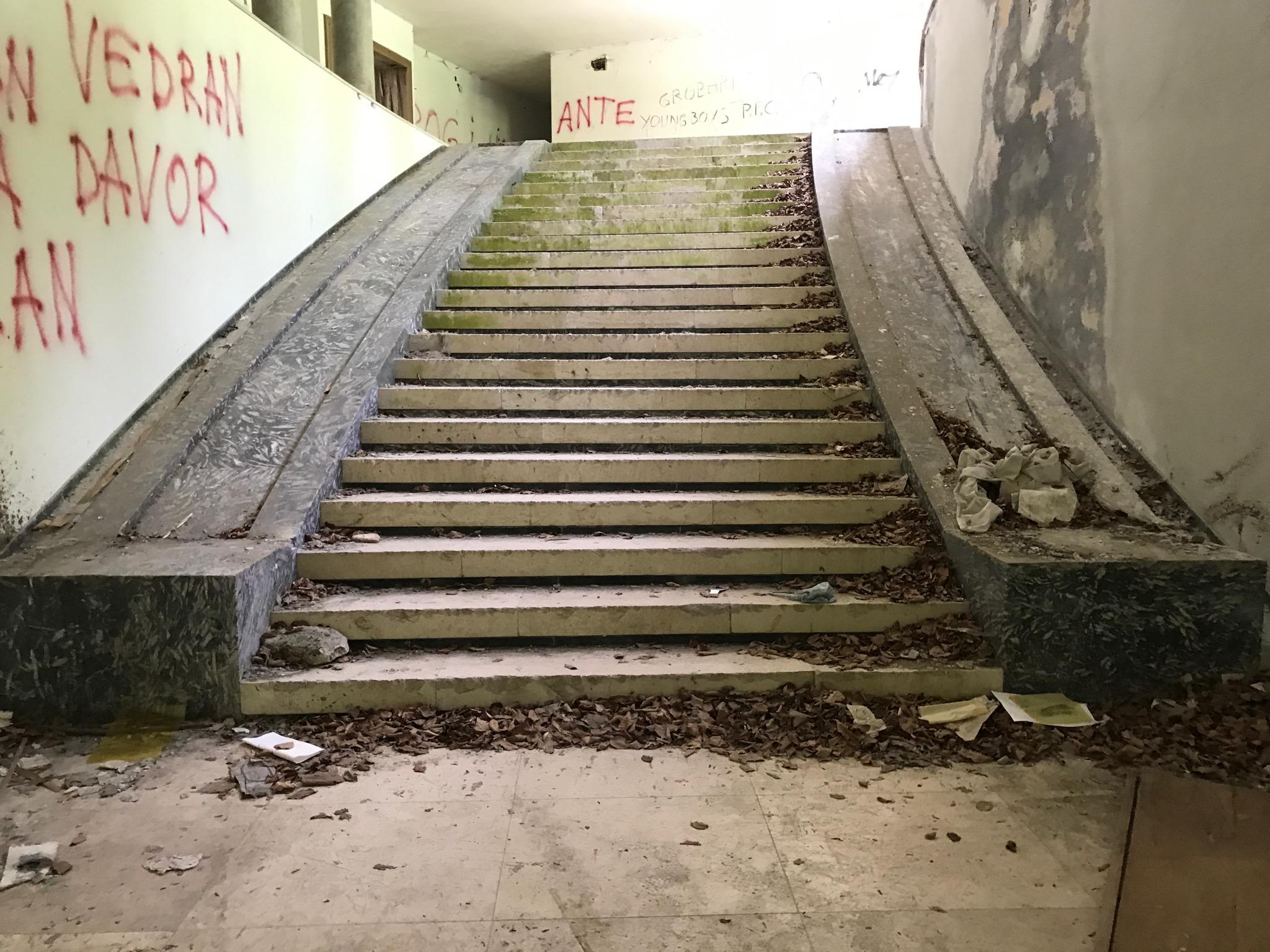 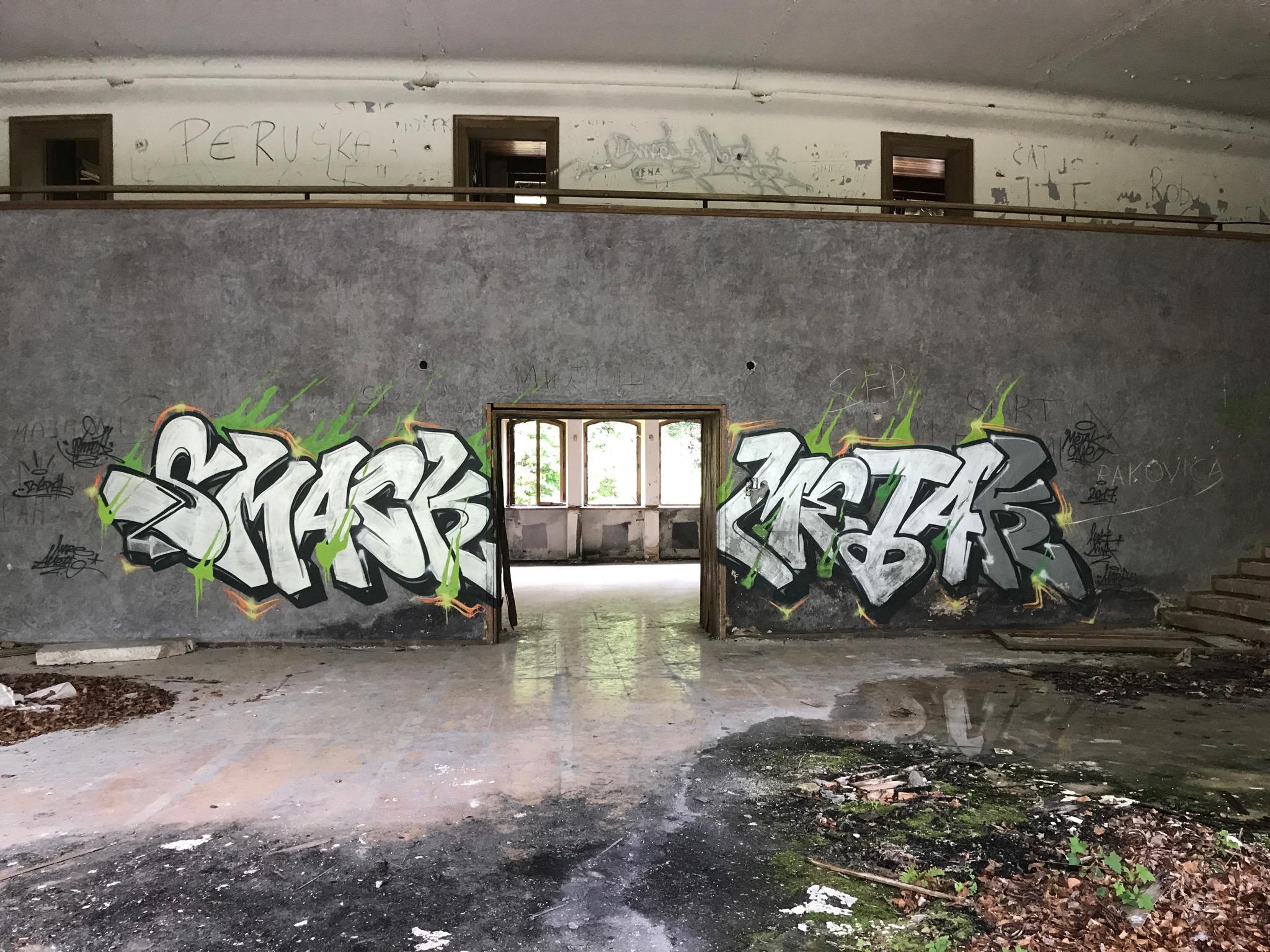 Inside Vila Izvor is still and silent except for the water dripping ominously from the ceiling onto the once lustrous wooden floor and yellow carpet. The floors are all now covered in puddles created by a deteriorating zinc roof.

The left wing was said to have been Tito’s retreat, with a gorgeous view of the naturally lush grounds. The right-hand wing held 20 apartments for elite guests and officials.

On either side of the main entrance are the remains of an elegant marble staircase that leads to the second floor. The years have been hard on them as they are chipping away, covered in moss and piles of leaves.

The walls inside the Vila were once covered in beautiful oak wood, but over the years it has been stolen. Now the bare white walls are covered in graffiti. Scrawled along one wall in black paint are the words “NEVER FORGET SREBRENICA,” referring to the Srebrenica genocide during the Bosnian War when 8,000 Bosniaks were massacred. 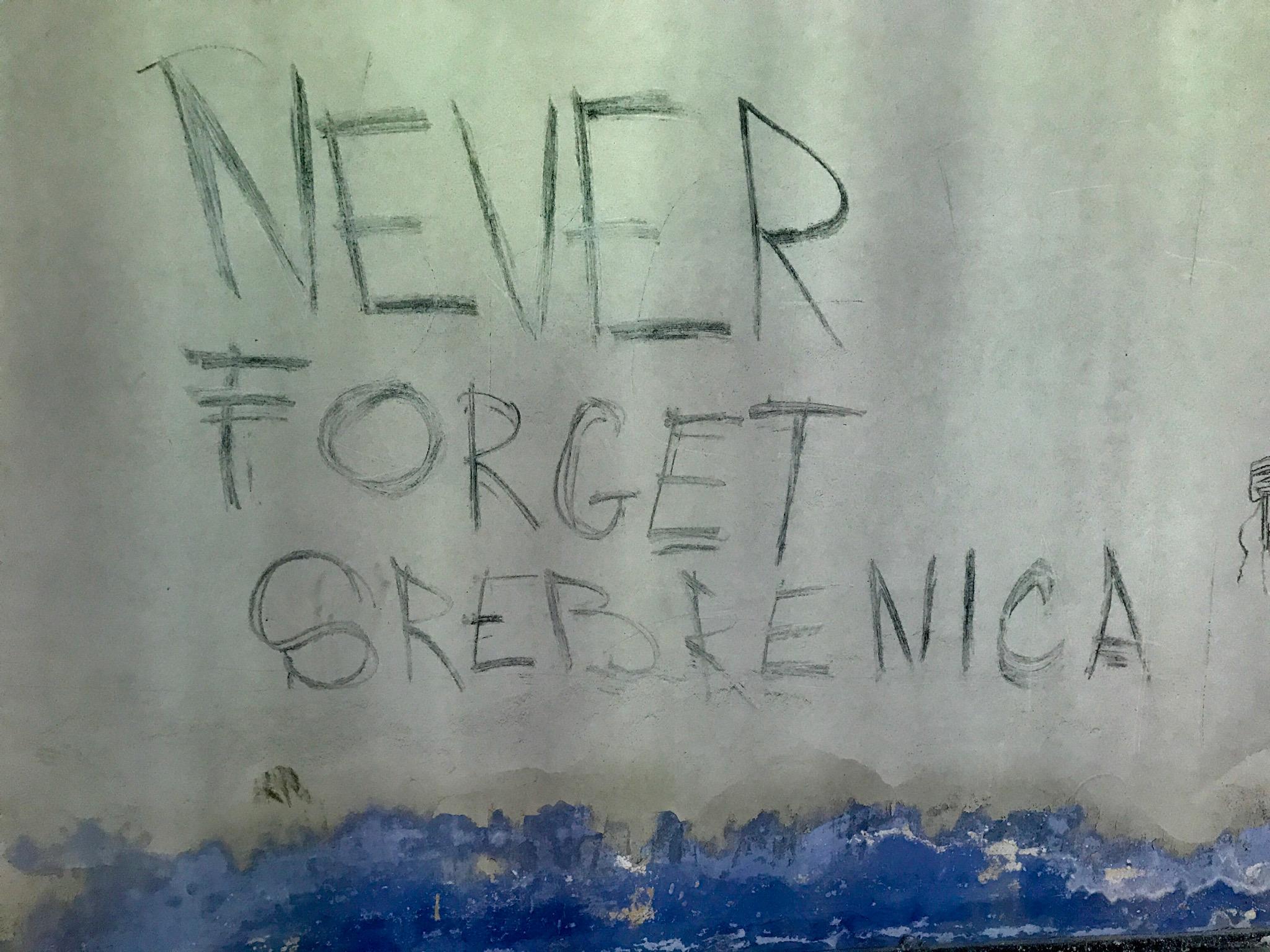 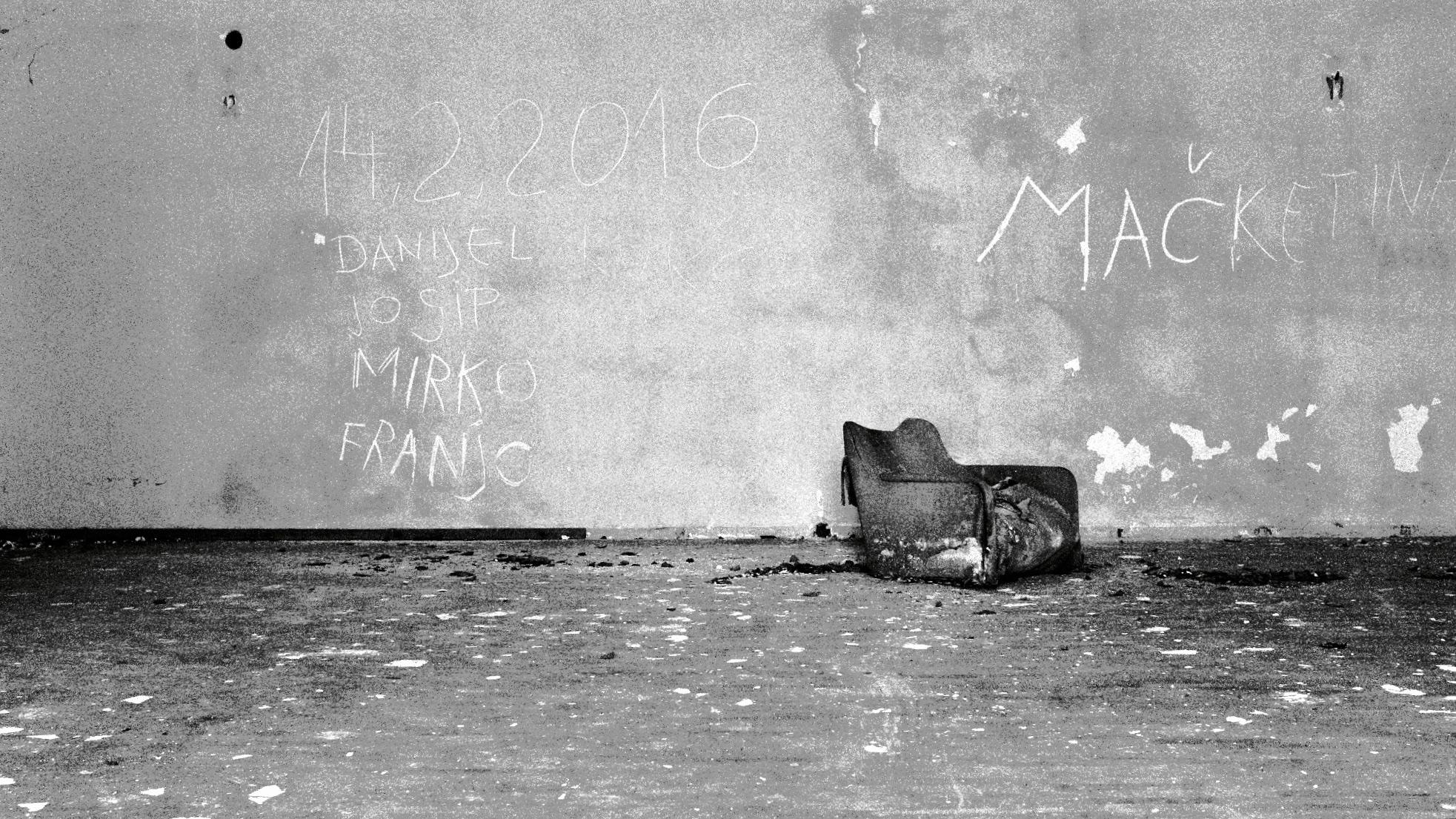 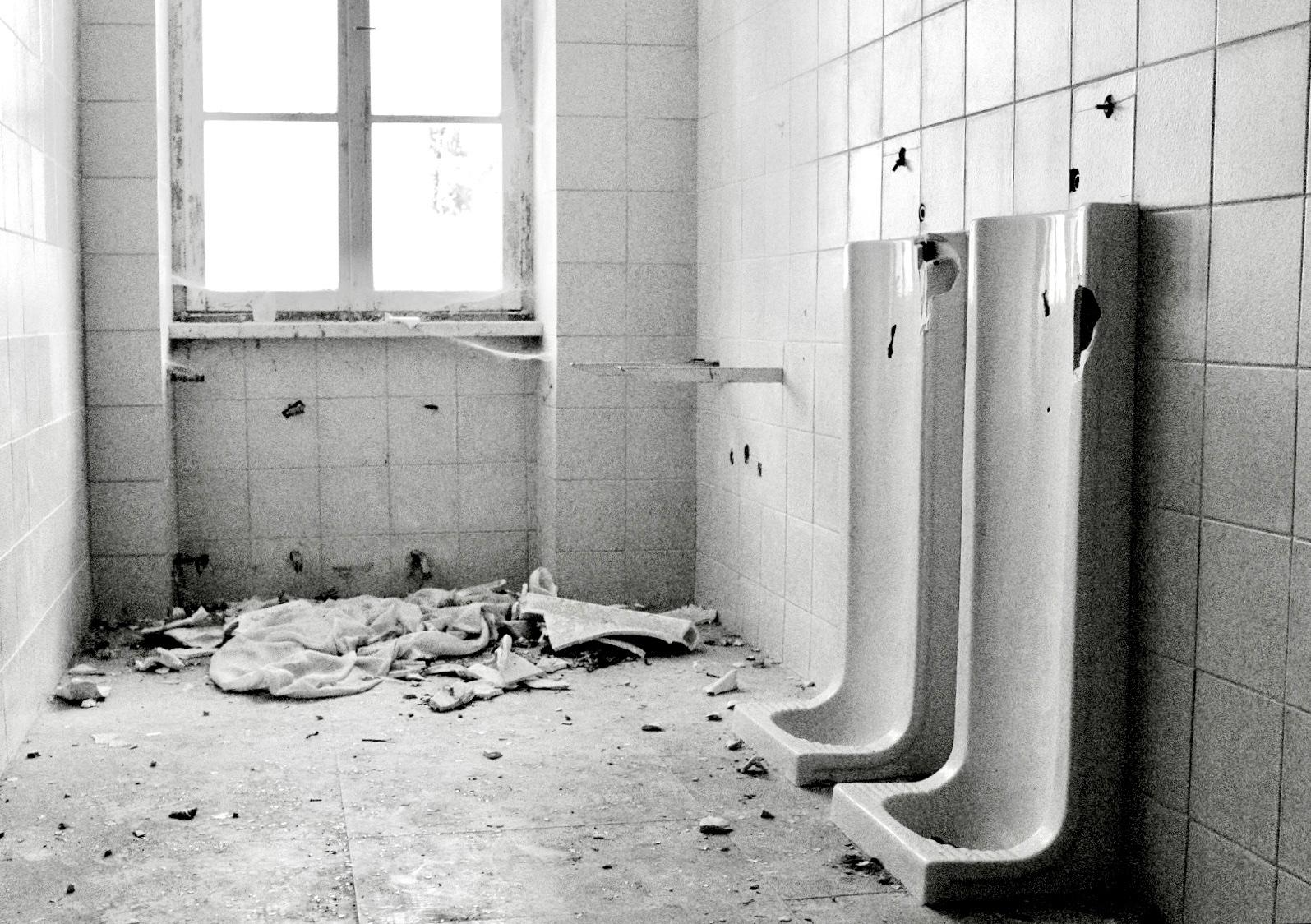 The cultural significance of this graffiti written on the walls of Tito’s home cannot be overlooked. The Bosnian War was the bloody conclusion of a religious coup. Under President Tito’s leadership, the Serbs, Croats, Bosnian Muslims, Albanians, and Slovenes all lived together in teetering peace among six republics. When Tito died of cancer in 1980, the peace began to unravel, culminating in the horrific Bosnian War that killed more than 100,000 people.

The historical background adds to the creepy vibe you get walking across a floor of shattered glass to what once was a luxurious bathroom and now is a stripped room where only two broken urinals remain clinging to the wall. Most of the gorgeous furniture that was left in the Vila has been stolen, except for one room where a lonely legless upholstered chair rests.

Stepping out onto the back balcony it occurs to me that the wet rotting floor could easily fall out from under me, sending me 15 feet to the ground. I look out onto the forest of beech trees so tall that it’s difficult to see the sky with leaves so green they look neon. It’s easy to imagine the statesmen in their dapper 1950s hunting attire, shotguns in hand, scouring the forest for brown bear, boar, wolves, lynx, and deer to shoot for the love of the sport. Those animals still live in the Plitvice Lakes National Forest today.

It is reported that Tito only visited Vila Izvor five times, and he would always entertain other dignitaries there. It was built for entertaining, with a bowling alley, billiard hall, cinema, and restaurant that sat 150 people. Each room was adorned with unique wooden furniture handmade by prisoners from Lepoglava.

Something that was once an architectural masterpiece of grandeur is now lifeless and in shambles. It now stands as a symbol of a crumbled dictatorship that led to the worst genocide since World War II.

It is said that Vila Izvor was last used in 1990. In 2006, Croatian President Mesic visited the Vila and vowed to renovate it, but it never happened, perhaps because it is in a state of disrepair. Also rumored, a local banker offered to renovate Tito’s mansion at a price tag of $50 million, but the government rejected the offer.

Three miles away, tourists come in droves—1.2 million a year—to witness the beauty of Plitvice Lakes, never knowing that just down the road deep in a forest lies the remains of a huge mansion built by a powerful dictator.