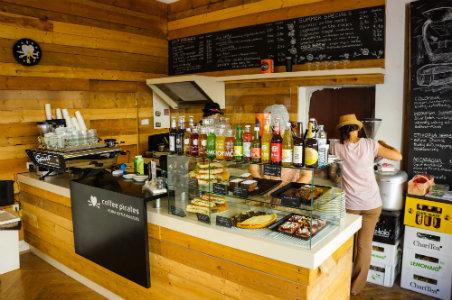 A visit to Vienna seems incomplete without a languorous mid-day spent in a traditional coffee house. The vaulted ceilings, warm atmosphere, and storied tradition of these historic spots have justly earned them their reputation, even amidst the other grand cities of Europe. Vienna's first coffee houses were started in the late 17th century and became the stomping ground of writers, artists, and intellectuals over the course of the next 300 years. That era is gone, and visitors today will find the seating a little threadbare, waiter jackets a little worn, and tourists at nearby tables rather than the literati. The coffee quality is relatively poor, and few can properly brew espresso. For all the celebrated faded grandeur of the city's coffee and cake- serving living rooms, the actual drink was an afterthought.

Ironically, a city so culturally identified with coffee only recently embraced the “Third Wave,” the specialty coffee movement in which the origins and microclimate of the crop predominate. Luckily, Vienna now has more choices than ever with a burgeoning specialty coffee scene. From its inchoate stages in 2006, when Johanna Wechselberger, Vienna's “mother of coffee” founded the Vienna School of Coffee to offer barista training, certifications, and roasting, the movement has now gathered significant momentum.

Clustered around the University of Vienna 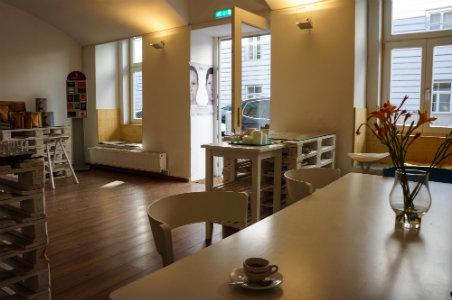 Started by a former barista competitor and espresso-based mixologist, CaffeCouture is one of the original specialty coffee cafes, opened eons ago in 2010 by Georg Branny. Its modest sign beckons to a white-washed, Quonset-hut shaped room with a communal table. The look evokes a friend peddling coffee in the corner of a creative, co-work space (which is essentially what it becomes). The bright space and blonde wood accents feel vaguely Scandinavian, save for the cherry red vintage fridge in the corner. This may be the only café in Vienna that sells beans not just from Brazil and Colombia, but also atypical countries like India. A second café opened a 15-minute walk away on the other side of the University, to the southeast, in Vienna's first district. 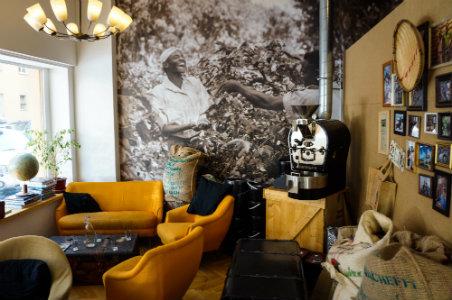 Opened in late 2012 on a street corner near the University Medical Center, Coffee Pirates stands out due to its two different common areas: a larger, wood-paneled main room features a generously proportioned communal table ringed by two-tops along the walls, good for laptops, and lingerers. A cozy adjacent room feels more like a friend's living room, though one blessed with a roasting machine in the corner and a floor-to-ceiling blackboard for scribbling playful notes. 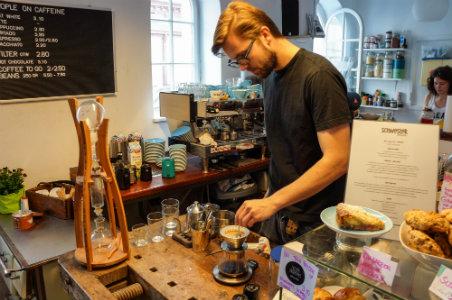 Perhaps the friendliest and quirkiest in design is People on Caffeine. Opened in September 2011, the shop looks as though it has lived through a few parliamentary elections. The cafe strives to be a public living room, with taxi-yellow metal stools across from a couch, spaced narrowly enough for customers to shake hands. Water carafes and potted plants grace wood tables. The space is designed to promote client and staff interaction, and feels cluttered but convivial. Owners rotate local artwork monthly—vaguely erotic lithograph prints recently adorned walls—and bake their own cakes. Directly across the street, a hip wine bar Achtundzwanzig beckons for a post-caffeine imbibe. The setting would fit seamlessly in Brooklyn. 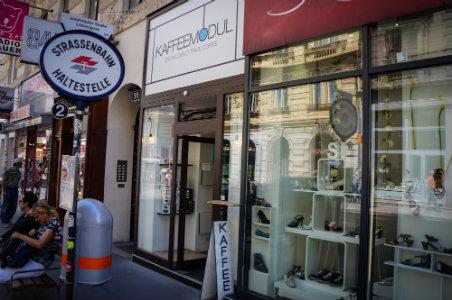 Essentially a walk-in closet with bench seating for three, Kaffeemodul still manages to offer pour-over cups in addition to espresso-based drinks, and achieve a sense of design in its tiny space. Opened in May 2012, the café has earned a reputation for quality among specialty coffee shops in Vienna, but visitors on weekend jaunts to Vienna are out of luck for a Saturday morning brew; the shop is only open Monday through Friday.

Caffe a Casa leans a tad too clean-cut in appearance, epitomizing a polished, well-lit café that strives to build a brand. Founded in 2010 in Vienna’s ninth district, the café boasts a sophisticated online presence, wholesale and coffee club offerings, and a newsletter. The shop was refurbished in 2014, and continues to expand its brew bar options to include a siphon (vacuum) coffee maker and Chemex.

Around the Rest of Vienna

A relatively long-standing third wave cafe, having opened in October 2010 in the Vienna fourth district close to the city center, Kaffee Fabrik (German for “coffee factory”) is also one of the smallest. This neighborhood joint has its share of customers who buy their beans for home use and have them ground in the shop. Those who want to linger can squeeze into one of the four tables inside or snag a roomier seat outdoors, an attractive option when the weather is pleasant. The shop roasts its own beans in the Burgenland region south of Vienna (also famous for its indigenous red wine grapes). 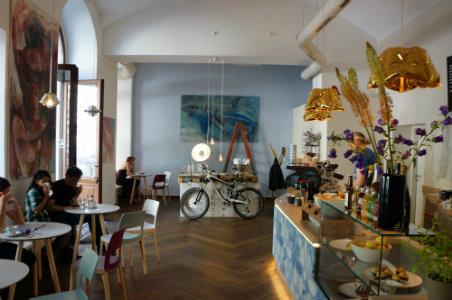 Otto Bayer opened this bright and cheerful café in April 2014 on a prominent road on the east side of the Danube Canal. Tiles in shades of the sea line the front counter, lit by crumpled gold foil pendant lamps, and customers have the option of a communal section or five circular Kartell tables along the windows. The café also has a bathroom, a bit of a luxury among third wave coffee shops, thus inviting one to while away an afternoon without fear of needing the loo. Choose from espresso-based drinks pulled from their La Marzocco Strada, a brew-to-order cup, or supplement your coffee with a glass of wine, of which they have several. Balthasar roasts its own beans, in this case, in neighboring Bavaria. 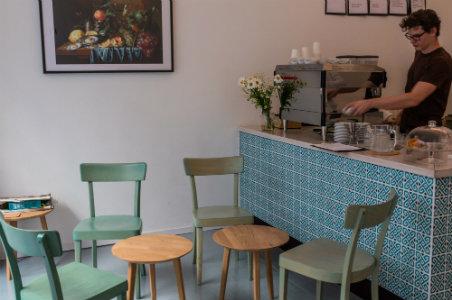 The most recently opened café on this list tested a soft opening in March 2014 before officially opening in June. Kaffemik is a clean, bright space with tables and chairs reminiscent of a toddler pre-school set, but surprisingly comfortable for adults. The blue and white bar tiles are from Turkey, hand-laid by the hands-on owner. Kaffemik straddles a location ideal for tourists, just off the Mariahilferstrasse pedestrian-only zone dedicated to shopping. Founder Simon Huber named his café after the Greenlandic word describing a social gathering, an open house in which coffee is served in order to celebrate any occasion. This is the same spirit that Huber wants in his café—and it’s what Vienna's third wave cafes do best.