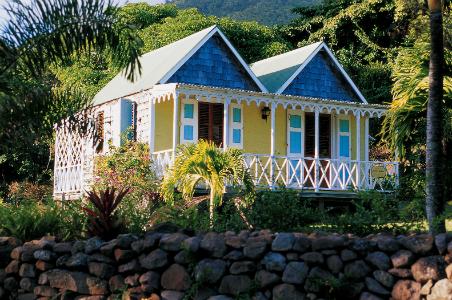 Tiny Nevis—a mere eight miles long and six miles wide—might just be the Caribbean island you’ve never heard of. Separated from its larger and busier sister island, St. Kitts, by two miles and a short ferry ride, Nevis offers a tranquil slice of island life that hardly exists in the Caribbean anymore. There are no casinos, relatively few cars, and only a handful of nightlife and shopping options. On the other hand, you’ll find gorgeous hotels, unspoiled white-sand beaches, and unfailingly friendly locals. These are some of the reasons why privacy-seeking celebrities (Oprah, Meryl Streep, Michael Douglas) favor it—and why you might want to visit before the word gets out. 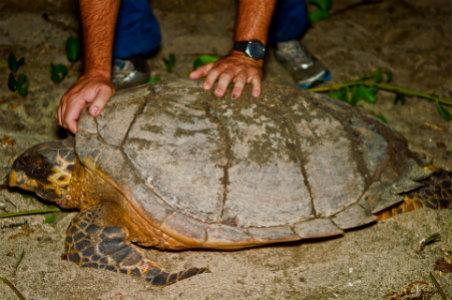 Nevis is the nesting ground of three species of endangered sea turtles: green, leatherback, and hawksbill. From April through November, female sea turtles swim ashore—often returning hundreds of miles to the beach where they were born—to painstakingly dig holes in the sand before laying their eggs under cover of night. The Nevis Turtle Group tags and monitors these creatures (who face threats from both natural predators and human poachers), and often lead guided nighttime walks where visitors can watch the turtles preparing their nests.

Insider Tip: The Four Seasons Resort Nevis works with the NTG and the Sea Turtle Conservancy, offering young guests a weekly Sea Turtle Camp day through its Kids For All Seasons program. Children get a “certificate of adoption” for one of the resort’s sponsored GPS-tagged turtles.

2. Relax at a plantation hotel 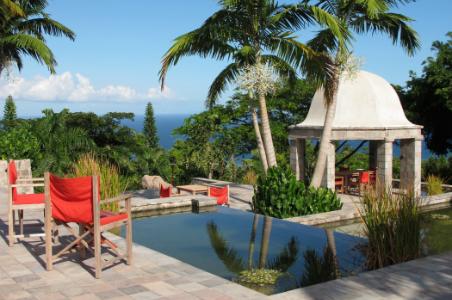 Nevis’s history as a British sugar-producing powerhouse is evident all over the island, and no more beautifully than at the handful of plantations that have been restored as hotels. All have their own unique character: The Hermitage Plantation Inn features a wooden “great house” that dates back to around 1660, surrounded by 15 cottages; stately Golden Rock Inn sits high on a hill amid lushly landscaped grounds; Nisbet Plantation Beach Club is the only one set directly on the beach; and Montpelier Plantation and Beach includes a lovely 300-year-old sugar mill where guests can dine in candlelight.

Insider Tip: Stay at one plantation hotel, but enjoy them all: Each of these hotels has a restaurant well worth the visit. And even if you stop in for nothing more than a cocktail, it’s a great way to experience another part of Nevis’s charm and history.

3. Soak up some Caribbean history 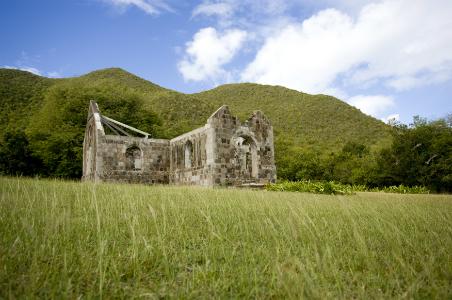 The first written accounts of Nevis came from Columbus, who sailed past the island in 1493; in another 150 years or so, it became the most profitable British colony per capita, thanks to sugar. You can still get a feel for those times by visiting any of the several ruins, including those of the New River and Coconut Walk estates on the island’s east side. One popular site is the remains of Cottle Church, north of Charlestown, built by a wealthy planter so his family and slaves could worship together—which was illegal at the time. And U.S founding father Alexander Hamilton was born on Nevis; his childhood home (he left when he was 9) now houses the Alexander Hamilton Museum.

Insider Tip: The most celebrated marriage in Nevis history took place on what is now the Montpelier Plantation, when the British naval hero Lord Horatio Nelson married the widowed Frances Nisbet in 1787. The silk cotton tree under which they took their vows is still there, and you can view the marriage certificate at nearby St. John’s Fig Tree Church.

4. Savor a rum drink on the beach 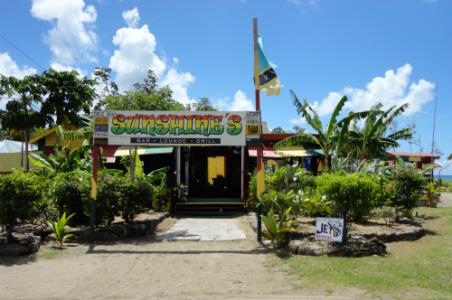 If your idea of a Caribbean respite includes pale sand and golden rum, the clutch of restaurants and bars on the three-mile-long stretch of Pinney’s Beach on the island’s west side is the spot (just a short walk up the beach from the Four Seasons). Sunshine’s signature “killer bee” rum punch is the stuff of legend, and a carefully guarded secret recipe. At Lime’s, it’s the “green flash,” named for that split second of color just before the sun dips below the horizon. Nearby, Chevy’s Calypso Bar features the “stinger bee” and at the Double Deuce it’s the “stinger.” Best of all you needn’t drink on an empty stomach, because all of them serve delicious Caribbean dishes made with local ingredients.

Insider Tip: You can always find a secluded spot at Pinney’s, but if you’re looking for a party, head there on Sunday, when locals build bonfires on the beach and the cruise-ship passengers flock to the bars. 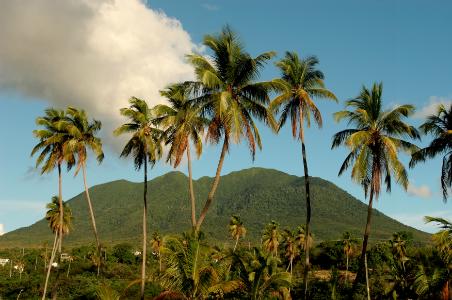 Rising more than 3,200 feet from the Caribbean, Nevis Peak is never far from view no matter where you are on the island—the top usually shrouded in clouds. If you’re in good physical shape you can hike (and in steep sections, scramble) to the summit of this ancient volcano, but it can be treacherous in places, and the trail not always clearly marked, so don’t attempt to do it without an experienced guide. On a clear day your reward will be breathtaking views of Nevis below and, beyond, several of the nearby islands.

Insider Tip: For a much easier hike that anyone can enjoy, the Golden Rock Nature Trail at the Golden Rock Inn showcases impressive rainforest plants and local flowers—and you’re almost certain to catch a glimpse of the local troupe of green vervet monkeys. Go to the inn and ask for a map.