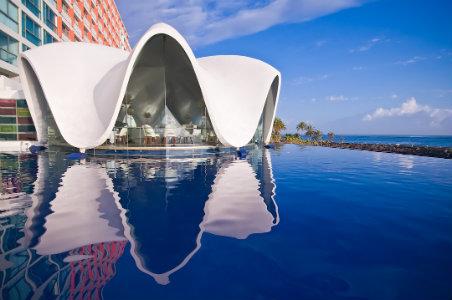 The capital of Puerto Rico has everything you need for a romantic getaway: beautiful beaches, charming restaurants, vibrant nightlife, and a historic Old Town with cobblestone streets. Plus, it’s a quick plane ride from most of the U.S. and dollars are accepted—so pack your bathing suits and your sunscreen, and get ready for a sun-splashed trip to San Juan. 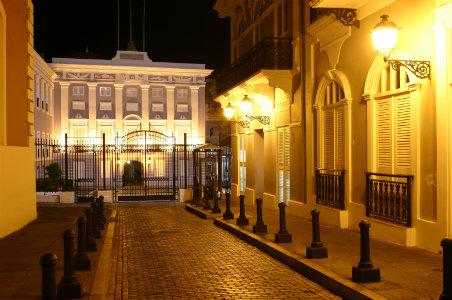 Stroll hand in hand through the streets of Old San Juan, which are lined with pastel-hued Spanish Colonial buildings. You’ll want to do a bit of climbing and poking around El Morro Fort, an imposing 16th-century citadel that guards the entrance to San Juan Harbor. Take a tour to discover 18-foot thick walls, towers, and turrets. Other attractions of note include the Cathedral of San Juan Bautista, where Spanish explorer and first governor of Puerto Rico Juan Ponce de León is buried; and the Governor’s Mansion, known for its period furnishings and manicured grounds (tours available).

Located across San Juan Harbor (easily reached by ferry from Old San Juan) is the Bacardi Rum Factory, the world’s largest rum distillery. You can take an hour-long tour to discover how the island’s national spirit is made (with a chance to see the production process and the oak barrels where the rum is aged), as well as learn about the history of the company, founded by the Bacardi family in 1862. On display are family memorabilia such as black-and-white photos, official documents, and original Bacardi bottles. Afterward, free samples are offered at the bar.

Puerto Rican Arts & Crafts, on Fortaleza Street, is a popular spot for locally made items including nature-themed watercolors, Taino pottery, and jewelry. In Spicy Caribbee on nearby Cristo Street, you can purchase Puerto Rican coffee, tropical jams made from guava and mango, and an array of hot sauces. If you had designer digs in mind, ritzy boutiques such as Gucci and Louis Vuitton are located along Ashford Avenue in the district of Condado, where many of the beachfront hotels are located (a 10-minute taxi ride from Old San Juan).

If you’re staying in a waterfront hotel in resort areas such as Condado and Isla Verde, you’ll likely use the beach at your hotel to take advantage of comfy lounge chairs, outdoor hot tubs, and the pool bar serving tropical drinks with little umbrellas. But if you have rented a car and want to explore some local beaches, a lovely spot to spend a few hours is Luquillo, a crescent-shaped, white-sand strand known for its good swimming. There’s also Ocean Beach, which attracts a mix of locals and vacationers, with large waves and food stands for when you need a snack. 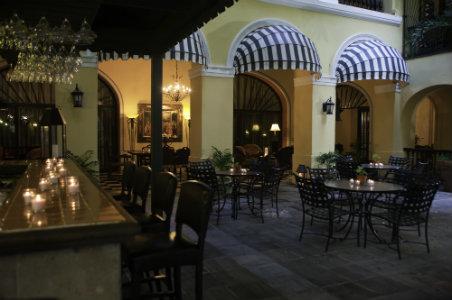 After exploring Old San Juan, stop into El Convento, a convent-turned-luxury-boutique-hotel for a late lunch or early dinner. At the second-floor El Picoteo, the two of you can share tapas (chorizo, garlic shrimp) and a platter of paella, along with a pitcher of sangria, while the Patio del Nispero, a romantic spot located in the hotel’s interior courtyard, serves Puerto Rican cuisine such as mofongo and filet mignon with an aged-rum sauce. 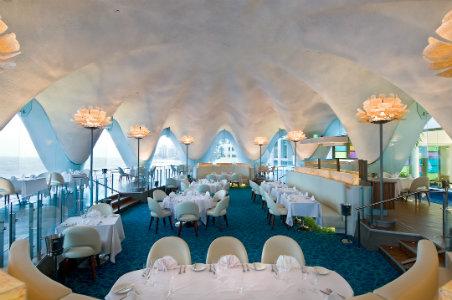 One of San Juan’s most beloved restaurants, Perla at La Concha, is notable for its shape—it’s housed in a giant white clamshell that appears to floating on the surface of a large reflecting pool. The seafood-heavy menu includes grilled prawns in a coconut-curry sauce and fennel-dusted scallops. Perla is quite the romantic spot and not surprisingly, many a marriage proposal has taken place here. 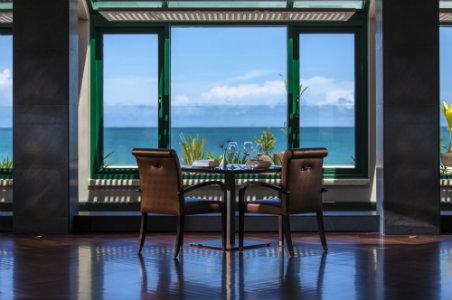 For a splurge-worthy dinner, where the romance factor is dialed way up, there’s the newly opened restaurant at the Condado Vanderbilt, a luxury waterfront hotel housed in a former Vanderbilt family mansion dating from 1919, hence the restaurant’s name. The menu has an international flavor with many seafood dishes. There’s also an impressive wine list with many selections by the glass. 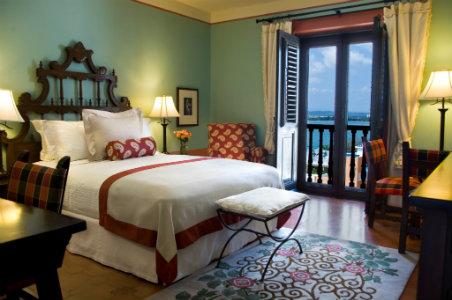 Though not on the water, El Convento is one of the best in San Juan, and many visitors stay here for a few nights before hitting the beachfront resorts. The former 17th-century Carmelite convent has a charming inner courtyard and the 58 rooms are decorated with authentic Latin touches like wrought-iron chandeliers, terracotta-tiled floors, and wood-beamed ceilings. There’s an early evening complimentary wine hour and a small rooftop pool as well. Be sure to take a peek at the original chapel, just off the lobby, which today is a much sought-after wedding venue. 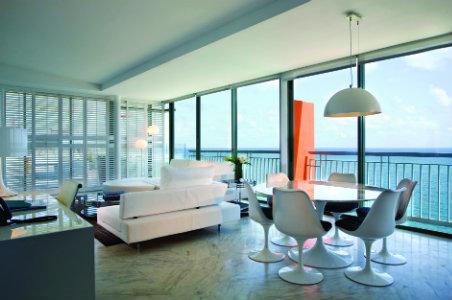 In a prime beachfront location in Condado, La Concha is a modern resort spread between two towers. Unwind on the beach with a mojito or, if you prefer, in one of the many pools, including an adult-only infinity pool. By day, the sleek lobby is a meeting spot and coffee bar but come nighttime, it morphs into a club-like scene with dance music and table service at the low-slung couches surrounding the bar. There’s also an on-site casino, where you can try your luck at the slots or tables games such as blackjack and roulette.

Jill Fergus is a New York-based travel and lifestyle journalist. She has written for numerous publications including the New York Times, National Geographic Traveler, Destination Weddings & Honeymoons and Tatler.