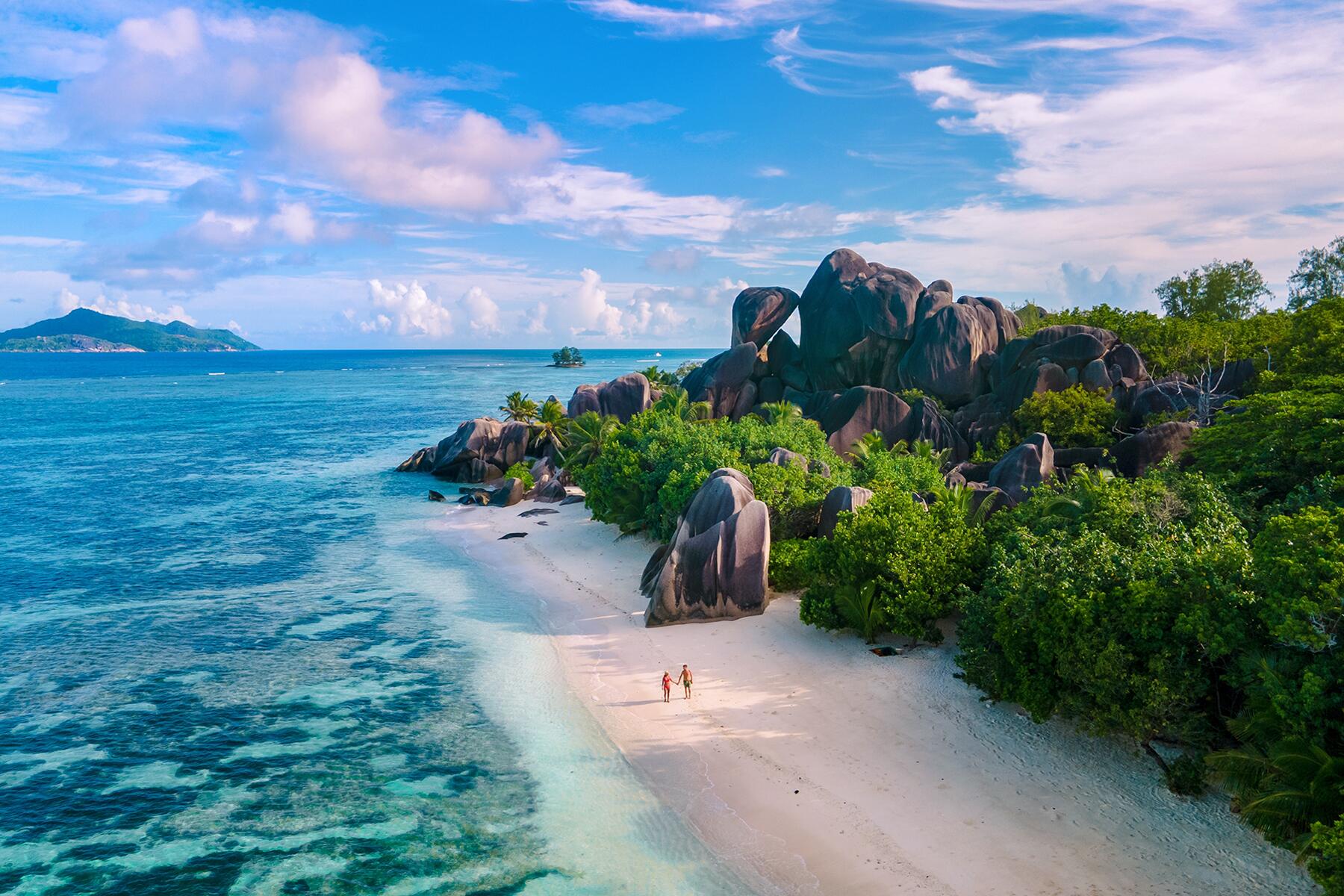 After years of not visiting, I arrived in Puerto Rico for a trip that would change my perspective of all that "La Isla del Encanto" can offer.

As a child, I would travel to Puerto Rico from Florida almost every summer. I would spend time with my family enjoying the beaches near Arecibo, where I was born. Soon after my birth, my family moved to Colombia and then eventually settled down permanently in Florida. These frequent moves were brought on by my father who worked as an airline pilot.

From that point on, I would visit Puerto Rico every summer, reconnecting with my immediate family who had never settled off-island. I often would take advantage of each visit, thinking of it more as an overused ritual-like attraction that was there to please me when I wanted. Because I never fully assimilated to American culture, each visit would act as a conduit for me. Everything from the pristine beaches to frituras was a constant reminder that I should be a proud Latino and not one who falls into displacement.

As I matured, my Puerto Rico visits grew less frequent, in large part because I felt being different was not socially acceptable among my American peers. What was once my summer playground was now a place I only found in my distant memory and would constantly push away to appear more American, which equated to popularity in my childhood social circles. By the time I was a teenager, visits to Puerto Rico were limited to emergencies-only, and something I thought of as a burden. Eventually, my summer-long vacation there felt more like a prison sentence, and soon I asked my parents to stop sending me.

Arriving on the island, I was ambushed by a thick humidity that seemed to hit me as soon as I left the air-conditioned Luis Muñoz Marín International Airport. This took me back to when I was a child, reminding me of how I would complain that Puerto Rico was warmer than Florida. Now, being in the Greater Antilles and feeling the warm gusts of Caribbean wind gave me an immediate sense of calm.

Driving through the town of Luquillo and admiring the weathered Spanish colonial architecture, I was reminded of where I would go every summer. The coastal town of Arecibo is known as one of the biggest municipalities on the island. Still, much of its interior has aged and broken down due to abandonment or salt corrosion from the nearby Atlantic Ocean.

Industries that found home in the town during the economic boom of 1940, eventually fled to different countries for better tax rates and relaxed environmental restrictions. This left the once-bustling town now empty, unsuitable for work, and left to be reclaimed by the sea. Sitting on a beach, I’d find myself in the company of more than one dilapidated structure, like a beach hut slowly being swallowed by the ocean. Comparing the crumbling buildings to the manicured ones back in Florida, I began to feel a wave of shame wash over me, leaving me nearly overwhelmed.

Checking into Casa Coral Luquillo, a hostel facing an inlet, I was impressed with the decor, which embraced its tattered neighbors in a way that projected confidence and pride. Each room took inspiration from different parts of the Puerto Rican identity. My room’s walls were covered in painted banana leaves and simple brown furniture.

While many would not consider this impressive, the sound of the ocean lingered in every corner of the space, filling the room with a sense of peace. This helped me understand that not every memory of a place has to inhibit anxiety or fear due to past traumas. By re-focusing that shame and alienation I had often felt as a child, I was able to take a recognizable place that bothered me and turn it into a peaceful and safe space. I allowed myself time to accept what I was feeling and let it go.

Redefining Success in the Rainforest

One day, I embarked on a horseback riding tour at Hacienda Carabalí, one of the more extensive stables on the island’s eastern coast, which also offers ATVs and hayrides. While not expecting much, I was more impressed with the local guides than the lush greenery surrounding my tour.

The tour started near their stables; the white wooden fences gave a strong juxtaposition against the green tropical scenery. As we descended into the forest, we were barraged with the noise from a large river that runs through North America’s only tropical rainforest. Mostly younger and college-aged, the guides seemed to exude a sense of tranquility and confidence while riding the horses that once traveled with their ancestors.

Because of news headlines, we often look at other countries as full of discontent and catastrophes, but looking at these local guides helped me understand that America’s stringent model of success does not apply everywhere. While there is a struggle on the island, not everyone needs monetary values to feel successful. The guides spoke about their horses in such a bold way, and it made me understand that the happiness of their steed embodied their version of success.

Getting Lost Can Be a Good Thing

On one leg of my journey, I stopped at the Rainforest Inn for a night. A magnificent mountain bed & breakfast bordering El Yunque National Forest, where each room has either a rainforest view or a private garden. Meeting the innkeepers, Bill and Renée Humphrey, was a highlight of my stay. The Humphreys had moved to Puerto Rico from different parts of the mainland more than 30-years ago and seemed to now embody modernism not often found atop a mountain.

The Humphreys recommended I take a hike which would lead me to a waterfall within the rainforest. I began the trek with one walking stick and a water bottle for what was supposed to be a quick journey but turned into an hour-long adventure. I got lost, I tore my shorts, and I had a few panic attacks. I deviated from the path in a moment of stress and found myself lost in an unknown place. As I kept on tracking, my anxiety began to take over, hitting a fever pitch anytime I’d hear a rustle from deep within the rainforest.

Pausing for a quick breather, I closed my eyes and let myself feel the environment and my place in it. I pushed forward and found that I never really was lost; instead, my anxiety had thrown me off balance. Once I accepted that I was able to see the path and continue on my journey. While my shorts never recovered, I learned that having anxiety doesn’t mean you can’t do something and that sometimes, getting a little lost is what you need.

Feeling different is something I’ve associated with my entire life, and in some cases, it has been a burden. Towards the end of my time in Puerto Rico, I dined at Lluvia Deli Bar & Artefacto. I met Kiani, who had moved with her family from Brooklyn to the Rio Grande neighborhood several decades ago.

Lluvia Deli Bar & Artefacto began as a coffee shop but has since expanded to a restaurant serving brunch and dinner. Soon, they’ll expand their services to a full outdoor bar by the end of this summer. They were the only business on the block when they first moved to Principal Street, but today it’s a well-trafficked area with more restaurants and bars opening up. As explained by the Kiani, people were scared to start their own business on the island. They feared bureaucracy and thought it to be overwhelming. So instead of living in fear, the founders chose to be outliers and own their progress by leading progress.

Similarly, Javier Medina, a marine biologist with Pure Adventure, maintains the Laguna Grande Bioluminescent Bay, often with little assistance from the government or any other organizations. Known as one of Puerto Rico’s most famous attractions, the bay is home to countless flora and fauna slowly being destroyed by light pollution, global warming, and over-tourism. Medina works alongside Pure Adventure to preserve this delicate area, even if that means he’s the only one doing it.

Where I Come From Is Special

In the process of starting over, we can blur where we come from. Sometimes this is necessary and sometimes not. On my last day in Puerto Rico, I stopped by El Pastel de Paquita. Known to locals as a quaint shop with some of the best pasteles, El Pastel is family-run, and you can feel it.

Walking into the charming eatery that feels more like a Spanish living room, you are immediately met with an ofrenda (or altar) celebrating the lives of departed loved ones. Many of them started the restaurant decades ago. Eating here touched my soul and showed me that you don’t have to be ashamed of where you come from. Even if it’s not glamorous, it’s still unique because you come from there.

Hi! Great article. My name is Sabrina Rubenstein and that is my photo!! I think it is so amazing that you used it for this blog. Check out my YouTube (Sabrina Rubenstein) and Instagram (sabrinammunoz) for more amazing travel content.

A great story and a common one for all of us that came to the mainland as children or were born here. When you do back as an adult you feel this connection to your ancestors.