Booze Apeksha Bhateja Would You Like to Fly on the World’s First Wine Airline? 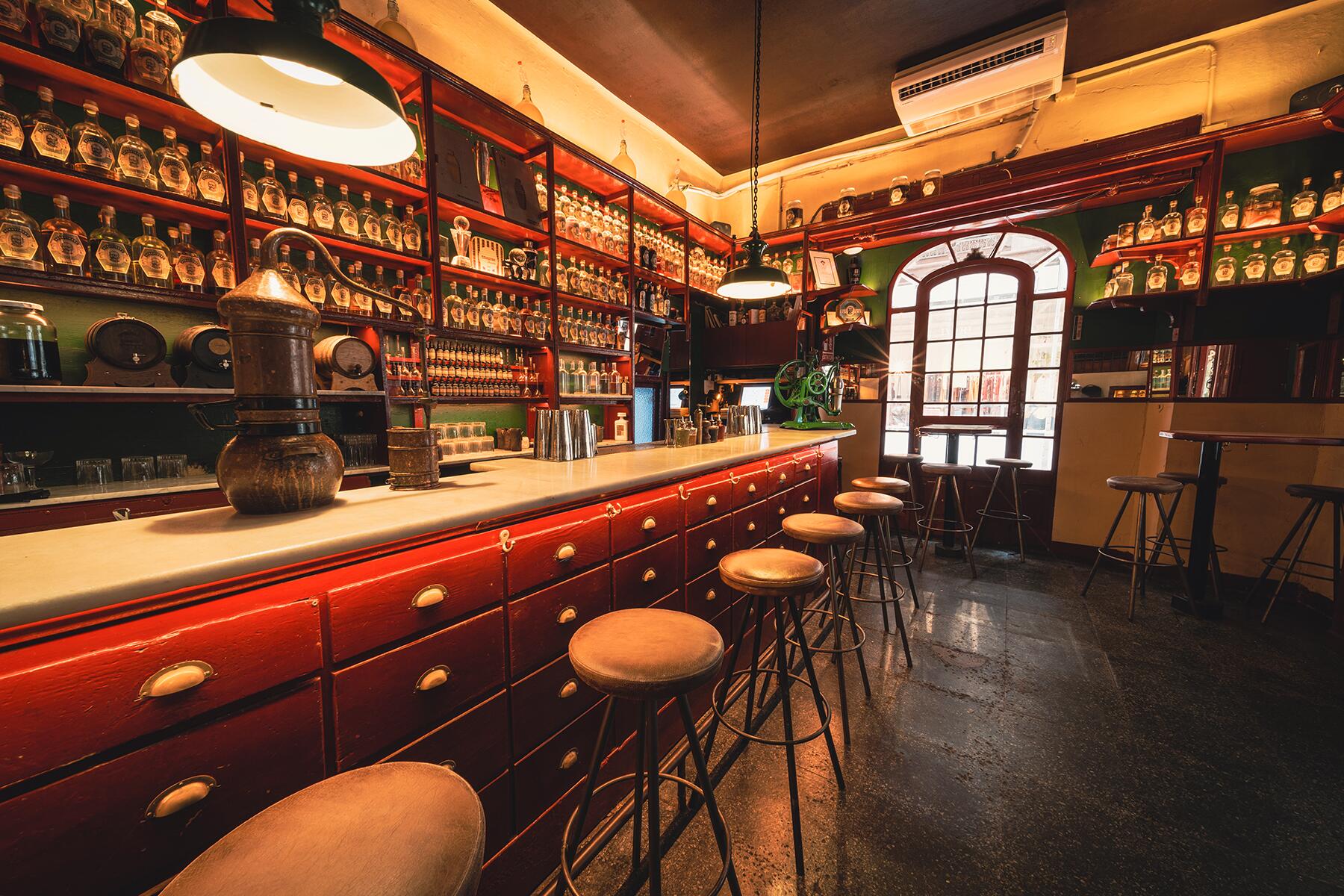 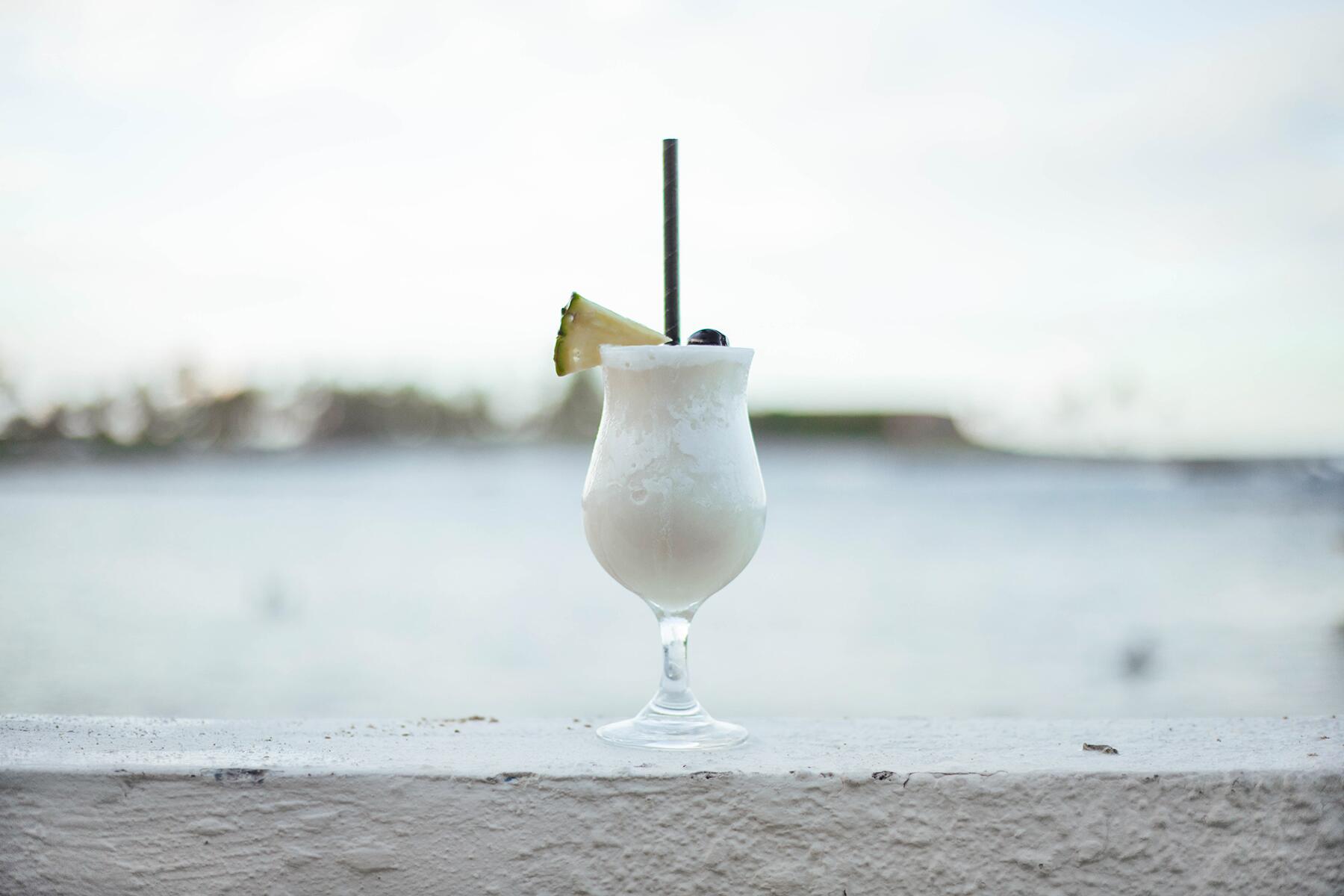 Discover fun facts about one of the Caribbean's most popular liquor.

Shaken into your daiquiri or blended into that piña colada, rum touts a vibrant yet complicated history, especially in the Caribbean, where since the 17th-century the industry has flourished thanks to the abundance of sugarcane. Whether your penchant is for silver, gold, aged, spiced, or overproof rum, before you throw back another glass of pineapple-garnished rum punch on your next tropical getaway, pique your palate about the beloved sugarcane spirit with a decidedly island vibe.

Booze Apeksha Bhateja Would You Like to Fly on the World’s First Wine Airline?

Rum Ages Faster When Stored in the Ocean

Hundreds of years ago before the existence of rum brands, a style known as “ocean rum” was made by stacking filled barrels on a ship bound on an ocean crossing. During the journey, the rocking from the waves sloshed the liquid around the vessels, while pressure and temperature fluctuations increased contact between spirit and food, maturing the rum more quickly than storing it in a warehouse.

Cayman Spirits Co. on Grand Cayman Island pays homage to this ingenious aging method with Seven Fathoms Rum, the world’s only underwater-aged rum. In-between embarking on the snorkeling or scuba expeditions for which this island is famous, visitors to the distillery can taste this unique product⁠—so named for the depth of the location where barrels are stored⁠—as well as their dozen or so other spirits including local botanical-based gin and mango brandy.

The Unofficial Drink of the Dominican Republic

Centuries ago, behique shamans of the Caribbean’s Indigenous Taino people steeped tree bark, herbs, and spices in hot water for a medicinal tea; eventually, the elixir was boosted with red wine, rum, and honey. This drink, Mamajuana, became deeply ingrained in the culture of the Dominican Republic, with family recipes passed down through generations.

These days, head to the DR on vacay and you’ll see the elixir in a cork-topped glass bottle on many back bars, ready to be poured over ice. You can also snag bottles of the dry spice mixture at the airport to take back home to mix up yourself, and Candela Mamajuana recently released the world’s first commercially-made version. As for its purported benefits as a romance-inducing potion: while you might find your perfect mate in Punta Cana, those sunrises over the sea are more than enough to make you fall in love. 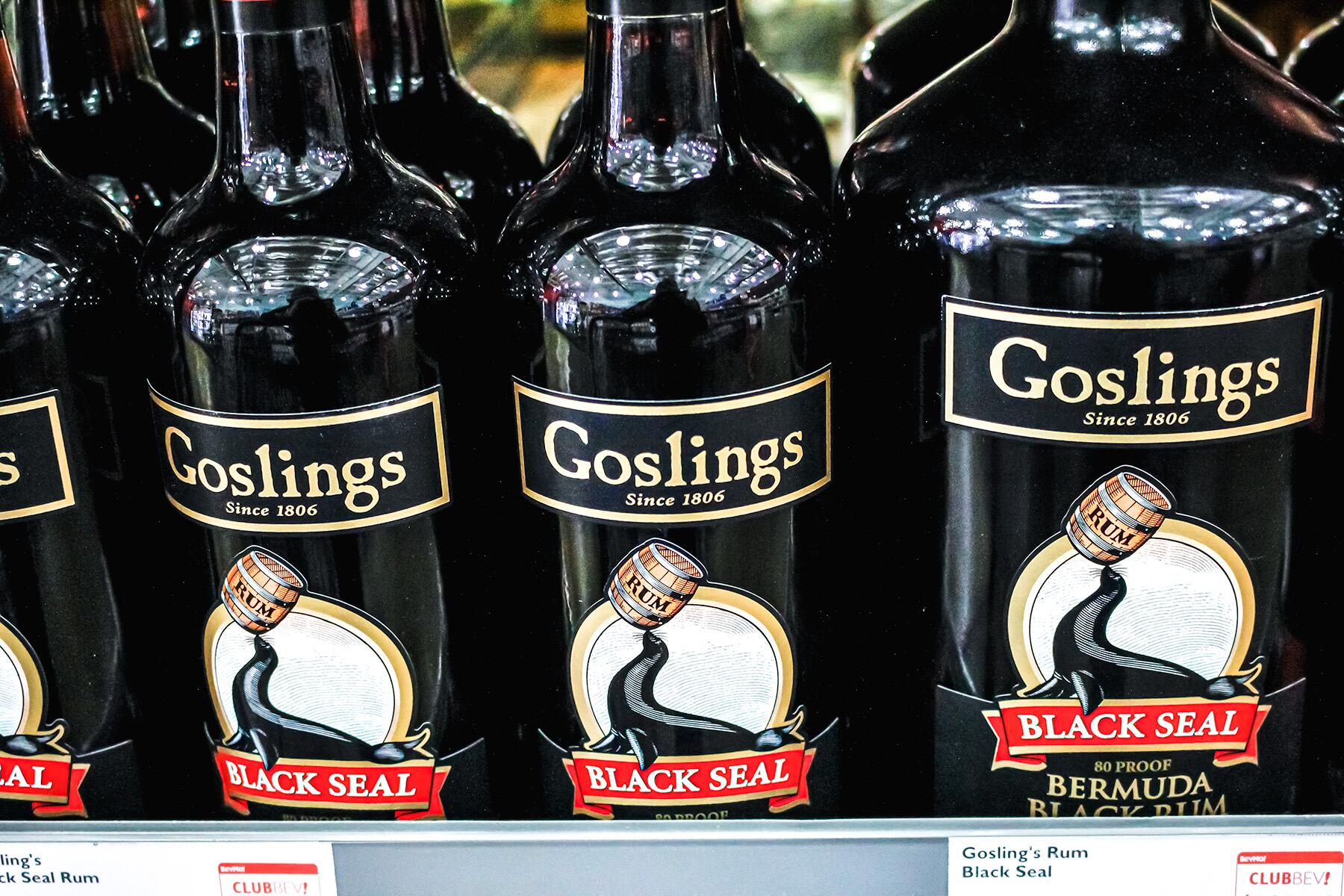 PHOTO: The Image Party/Shutterstock.
3 OF 10

If you’ve ever sojourned on the pink sand beaches of Bermuda, you may have returned home with a dreamy longing for the island’s signature icy, spicy sip, which blends Gosling’s Black Seal Rum with ginger beer, garnished with a squeeze of lime. The family-run distillery, which dates back 200 years, first registered the cocktail’s name locally in 1980, and then in the U.S. in 1991.

Since then, any bar putting the drink on their menu must make it with the original spirit (and ideally their brand of ginger beer, though it’s technically not required), or call the libation by another name. The Dark ‘n Stormy is celebrated with its own annual holiday on June 9 and is only one of four trademarked cocktails in existence⁠—along with the Sazerac, Painkiller, and Hand Grenade. Who knew legal imbibing was so complicated?

The World’s Oldest Rum Distillery is on Barbados

Mount Gay Distillery on Barbados has the distinction of holding the world’s first deed to make rum, granted way back in 1703. Today, guests at the facility in St. Lucy are welcomed at the Great House, which housed original Barbadian descent and politician, Sir John Gay Alleyne, during his time there.

A tour of the molasses house, fermenters, stills, and barrel room is followed by a tasting of their expressions including Eclipse, BlackBarrel, and XO. Linger afterward in their cocktail bar for the perfect shaken daiquiri and an authentic Bajan lunch, or sign up for a cocktail workshop. As for that original deed, it’s kept safe and sound at the Barbados Museum & Historical Society, though you can snap a selfie next to a copy on display at the Mount Gay Visitor’s Centre.

Traditional rum is distilled from thick, rich, earthy molasses, a by-product of sugar production. But rhum agricole is produced using the freshly-pressed juice of the sugarcane stalk, which lends a dry, vegetal, earthy character to the final spirit⁠—similar to what you’d find in Brazilian cachaça. Because rhum agricole hails from the French West Indies including the islands of Martinique and Guadeloupe, it falls under the French government’s Appellation d’Origine Contrôlée (AOC) rules⁠—just like your favorite bottle of Burgundy or Bordeaux.

These rules specify the varieties of sugarcane that can be used, designates certified parcels of land, outlines harvesting, fermentation, and distillation methods and bottling conditions, and regulates age statements and other standards of quality. All of this assures that your Ti’ Punch or El Presidente will be as tasty as can be. Magnifique! 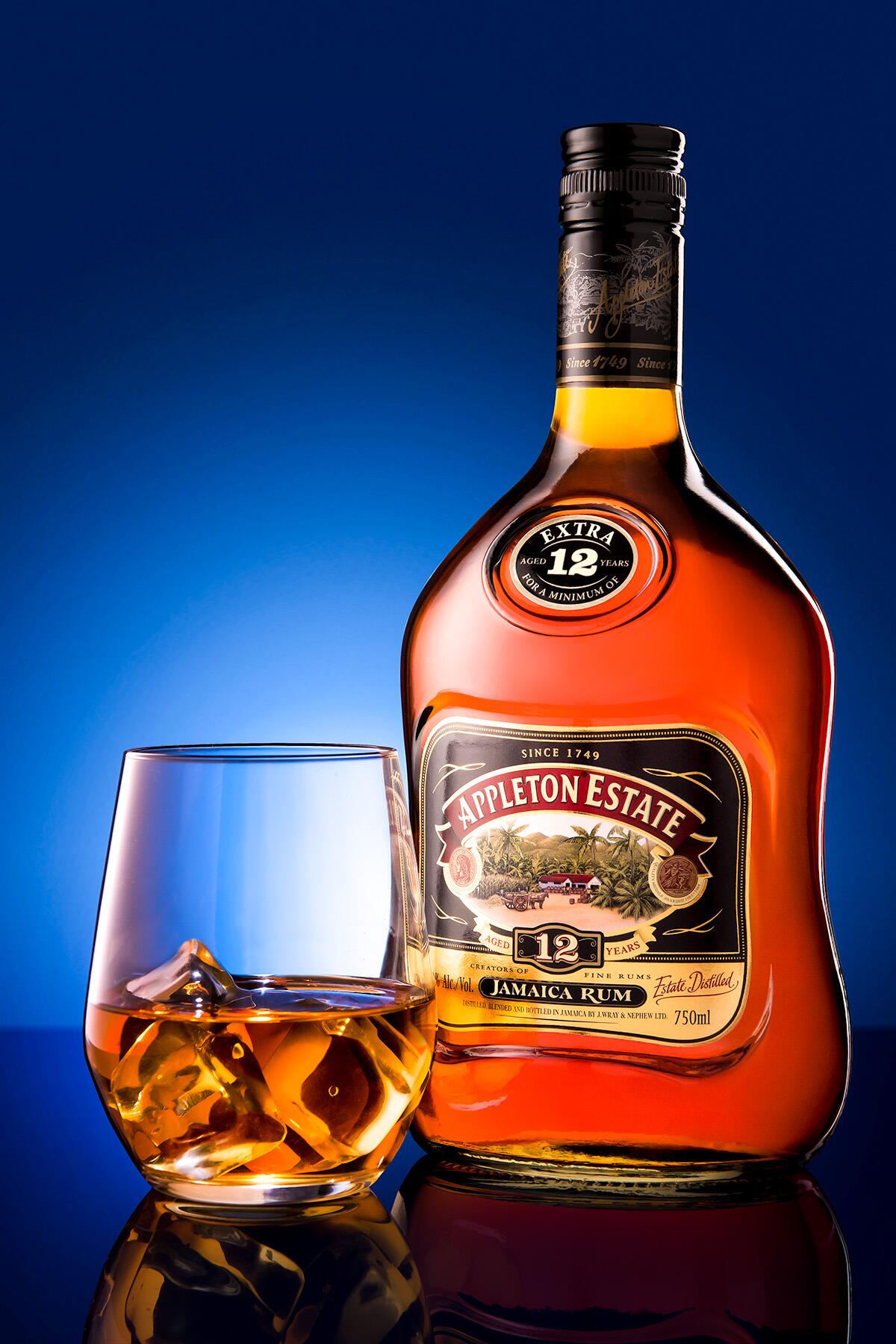 Jamaica is Home to This Legendary Spirits Master

Appleton Estate Rum, intrinsically linked with the West Indies island, accounts for around 90% of Jamaica’s rum sales. Kingston-raised, master chemist, and former chemistry teacher Joy Spence signed on as Appleton’s chief chemist in 1981. In 1997 she took the helm as a master blender⁠—the first woman to hold this role at a distillery.

Spence has a keen nose and palate and is able to differentiate wildly subtle differences in aroma and flavor; she is tasked with tasting and blending spirits to maintain consistency in the company’s stellar rum portfolio. She also travels the world as a brand ambassador and has garnered awards as an influential figure in the industry. The Joy Anniversary Blend was released in 2017 to commemorate her 20 years as master blender, and this year saw the release of the Ruby Anniversary Edition to mark 40 years with Appleton. 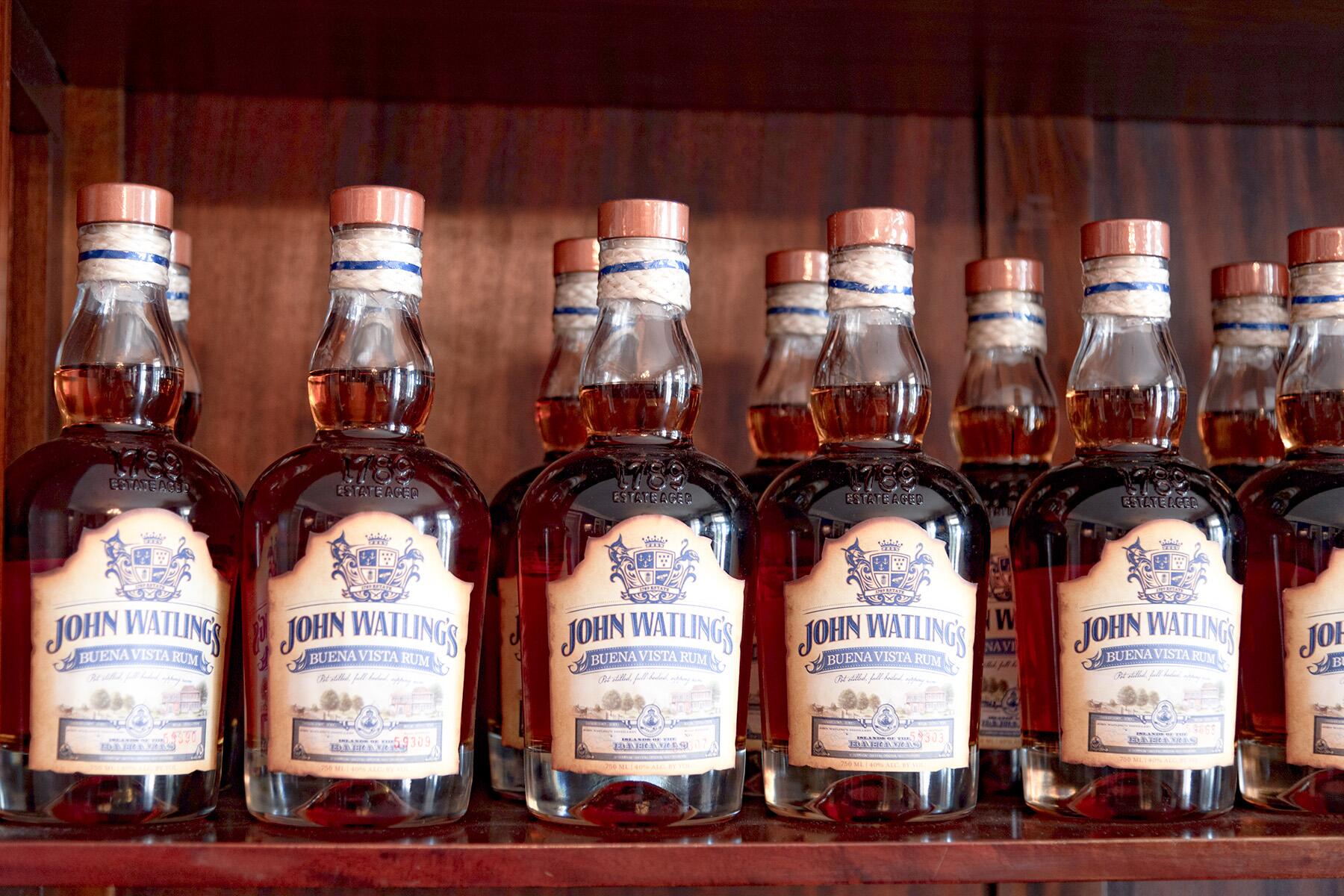 Charcoal filtration isn’t an uncommon method for removing unwanted flavor components or delivering a luscious mouthfeel to a finished spirit; it’s employed by vodka producers to reduce the burn on the finish and to make Tennessee whiskey, for example. But the only rum-producing distillery in the Bahamas eschews wood in favor of using charred coconut husks⁠—to the same effect. At John Watling’s Distillery in Nassau, rum passes through the tropical charcoal to remove certain congeners⁠—substances produced during the distillation process⁠—resulting in a smoother feeling on the palate. (Incidentally, the facility also happens to be located on Buena Vista Estate, a lush former plantation featured in the James Bond film Casino Royale. Order that daiquiri shaken, not stirred.)

St. Barths is Home to the Caribbean's Best-Stocked Rum Bar

St. Barths is known for swanky hotels, a yacht-filled harbor, and designer everything. It’s also home to the bar with the largest collection of rum in the Caribbean (and one of the largest in the world.) Walk through Quarter Kitchen + Cocktail Lab’s kitchen and you’ll encounter a door locked with a keypad. Entering it takes you to the Rhum Room, an intimate, 14-seat space with 770 rums from all over the islands dating back to 1850. It’s overseen by proprietor Christopher Davis, who started with his own collection and then started traveling around the Caribbean to amass rare, old, and hard-to-find bottles. The bar is so renowned and respected that it’s serving as host of the 2022 Caribbean Rum Awards in November.

This is Puerto Rico’s Most Authentic Rum Experience

Bacardi might tout the name recognition on Puerto Rico, but it’s not the island’s only rum. Ron del Barrilito was launched in 1880 by Pedro Fernanez, who learned how to craft high-quality spirits as an engineering student in France. Originally he served his rums from a little barrel. When guests at Hacienda Santa Ana began asking for more of that tasty libation out of “el barrilito,” a brand was born.

Today, an immersive experience about the company’s heritage is followed by a seated tasting of their 2, 3, 4, and 5-star expressions, which increase in age, price, and complexity as the numbers do. (The 5 star is matured for a staggering 25 to 35 years, while the 3 star is a hard-to-find cult favorite). Afterward, thirsty patrons can belly up to the inviting bar for a Rum Old Fashioned, while budding cocktailians can shake and stir during an interactive mixology class.

A post shared by The Saint Hotel Key West (@the_saint_hotel_keywest)

The legendary storyteller was also a bon vivant and conservationist⁠—and a Key West local. About a decade ago, the Hemingway family approached Steve Groth to craft a rum that would capture his larger-than-life essence and sense of adventure. The result was three expressions of Papa’s Pilar Rum, blended at Key West’s Hemingway Spirits Company just a few yards from where his beloved 38-foot fishing boat is docked.

Hemingway, who frequented the Cuban bar El Floridita, allegedly requested their signature daiquiri with no sugar and double the rum; today that cocktail has evolved into his namesake daiquiri, with white rum, maraschino liqueur, lime juice, and grapefruit juice. Mix a batch with Papa’s Pilar, and it’s a drink you can feel good about: proceeds go towards ocean conservation and literary-based philanthropic efforts, two of Papa’s passions.