Deals Leila Najafi Attention West Coast: You Can Now Book Flights to Paris for as Little as $321

News Paul Feinstein Travel Delays? You're Entitled to Money and This Is How You Can Easily Get It

Everything You Need to Know About Flying to Cuba 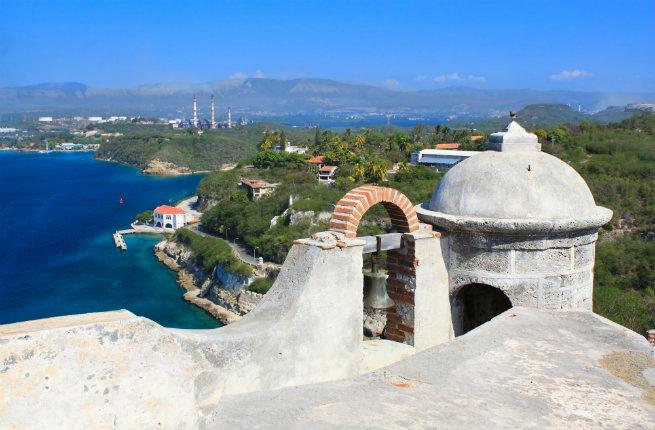 Scheduled commercial aviation between the United States and Cuba has resumed for the first time in over five decades with the Aug. 31 takeoff of JetBlue flight 387 from Fort Lauderdale to the central-island city of Santa Clara. While many U.S. government restrictions on travel to the island nation have been lifted, others remain firmly in place, thanks to a U.S. trade embargo that still exists against Cuba. That means that booking a flight to our neighbor to the south will still have a few unique quirks (for now). Planning a flight to this new frontier—new for Americans, at least—of travel? Here’s what you need to know.

American, Delta, JetBlue, Sun Country, and a few smaller, purely charter carriers have flown to Cuba for years under the heading of what are called “special-authority charters.” They have been permitted to carry passengers who qualify for travel to Cuba under U.S. law—namely participants in educational or cultural tours, journalists, educators, or those visiting family in Cuba. The charter flights were bookable only with charter companies or tour operators and not directly with the airlines. Most of these have been from South Florida, with a few from New York and Los Angeles.

What will be different about these new scheduled flights?

The U.S. Department of Transportation (DOT) is now negotiating with its Cuban counterpart to allocate regularly scheduled airline service between the two countries. Such flights can be booked directly with the airlines themselves. Twenty routes daily will be offered between the United States and Havana, with up to another 90 routes available to nine provincial airports elsewhere in the country.

Deals Leila Najafi Attention West Coast: You Can Now Book Flights to Paris for as Little as $321

News Paul Feinstein Travel Delays? You're Entitled to Money and This Is How You Can Easily Get It
Continue Reading Article After Our Video

Where can I fly?

What about flights to Havana?

The DOT has now awarded routes to Cuba’s capital. These include operations by Alaska, American, Delta, Frontier, JetBlue, Southwest, Spirit, and United airlines from various airports around the United States. (Of the 20 daily Havana flights, 14 will depart from Florida, with another three from the New York City area.) Carriers must commence their services within 90 days and are expected to roll out their new flights this fall.

CAN I EARN FREQUENT-FLYER MILES OR REDEEM POINTS FOR THESE FLIGHTS?

Contact your individual airline. That’s a wrinkle that’s still being worked out. The official answer is “Not yet.”

So, mojitos on the beach, here I come!

Not quite. The United States still levies a commercial embargo against Cuba. Until that is lifted, leisure tourism is not permitted under U.S. law. While fights will be available to Cuba’s famous beach resort of Varadero, for example, a typical stay at an all-inclusive property there would not conform to the law.

Then how can I legally travel to Cuba?

The U.S. government approves of 12 categories of travel for its citizens to visit Cuba. Among these are the educational and cultural travel mentioned above, and the highly structured, so-called “people-to-people” tours, which are chock-full of edifying activities with very little downtime. You are now permitted to put together your own culturally-themed trip, outside the boundaries of a tour group, as long as that is the entire focus of your travel to Cuba. The once-daunting process of applying for a license from the U.S. Treasury Department to visit Cuba is no longer needed. If traveling independently, you are required to keep a detailed log of your activities and keep it available for inspection for five years. Whether anyone official will ever ask to see your journal is another story.

But Americans do travel to Cuba purely as tourists and to hang out at the beach, right?

They have done so for years, sneaking in via a third country. Since it is still strictly illegal to do so, we do not countenance making such a trip. Remember that Cuba now stamps all passports on entry and exit. The days of Cuban passport control winking and waving Americans through without a stamp are no more. Also, when booking the new flights, airline websites will ask you to supply a reason for your trip, although they do not require documentation.

Will Cuban airlines also fly to the United States?

The agreement also permits Cubana, the country’s state airline, to touch down on American soil. Nothing is in the works yet.

What will happen to the charter flights?

They will continue. The DOT has stated that nothing in the awarding of the new scheduled flights precludes continued operation of the charters. The level of competition that will exist from the scheduled flights remains to be seen.