Everything You Need to Know About Cruising to Cuba 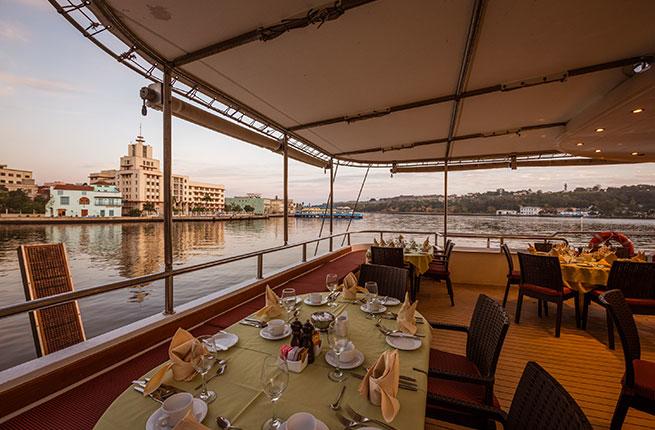 Chances are that with restrictions on travel to Cuba loosening up seemingly every day, you've set your sights on this long-off-limits locale, located just about 90 miles from the cruise port mecca of Florida. You're not alone: American travelers' interest in Cuba, with its vibrant culture and stuck-in-time mystique, is rising rapidly, with almost everybody wanting to get there before Starbucks and McDonald's does. And it's a no-brainer that with its Caribbean location and ample coastline, this island nation is perfectly primed for a port-hopping cruise vacation.

Happily, sailing options in Cuba opened up to Americans recently, via a special “people-to-people” program aimed at promoting cultural and educational exchanges. And while the embargo on leisure travel to Cuba is not yet fully lifted, a broad variety of escorted tours—many of which are based from cruise ships—are now being offered by companies that can meet the government requirements on your behalf.

While cruise ships owned by non-U.S. companies have been plying Cuban waters for some time, Americans still aren't allowed on any cruise line operating there that doesn't afford travelers an approved people-to-people experience (like MSC Cruises, for instance). So, for the time being, you'll still be restricted to a few small-ship cruise lines/tour operators that are licensed to meet the legal requirements for escorting American travelers. Accordingly, keep in mind that this won't be like any other cruise where you can hop on and off at explore ports at will: Your schedule will instead be packed with mandatory guided excursions.

How long before mainstream-style cruising will be offered to Cuba remains to be seen, and many challenges with Cuban infrastructure, port facilities, and bureaucracy lie in wait. But what's certain is that with the country's proximity to dozens of existing cruise operators based out of Florida and within the Caribbean, once the go-ahead is given, the Cuba cruising options will be available by the boatload.

In the meantime, here are four reputable companies that will get you sailing to Cuba this year. (All quoted rates are based on double occupancy and include lodging, meals, and guided excursions.) 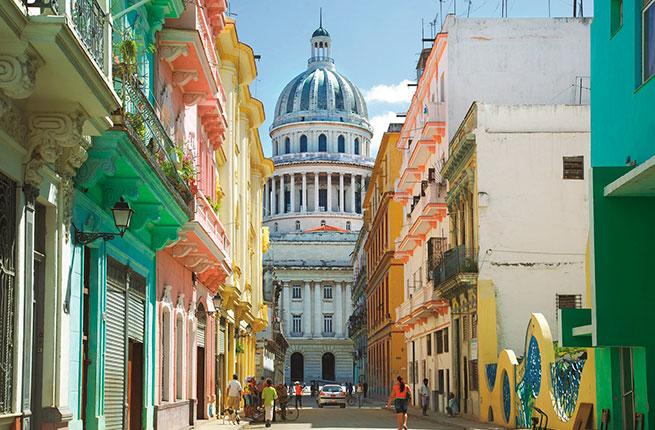 Greek-owned Celestyal Cruises' Cuba Cruise has been offering Cuba itineraries to an international clientele since late 2013. In November 2015, the line developed a people-to-people product geared specifically toward American cruisers, in cooperation with the U.S. nonprofit organization Fund for Reconciliation and Development. Set sail aboard the 960-passenger Celestyal Crystal (formerly the Louis Cristal) on a series of 7-night sailings that run round-trip either from Havana or Montego Bay, Jamaica, taking in Cuban ports of call in Santiago de Cuba (Cuba's second-largest city), Maria La Gorda (a marine wonderland and famed dive site), and Cinefuegos (aka the “Pearl of the South”), as well as an overnight call in Havana. En route, guests will encounter historians, watch dance performances, visit historic sites, chat with local artists, engage with university professors, and more. On board, cruisers can kick back and relax with plentiful amenities like a pool, spa, fitness center, and casino, as well as Cuban-inspired food, activities, enrichment lectures, and entertainment. Guests can book directly through Celestyal Cruises, though note several U.S. tour operators have partnered with the line to run their own branded people-to-people Cuba tours aboard the Celestyal Crystal, including Globus and Road Scholar. Rates from $1,529, including extras like unlimited drinks (including alcohol) and gratuities; weekly sailings run mid-November through early April. 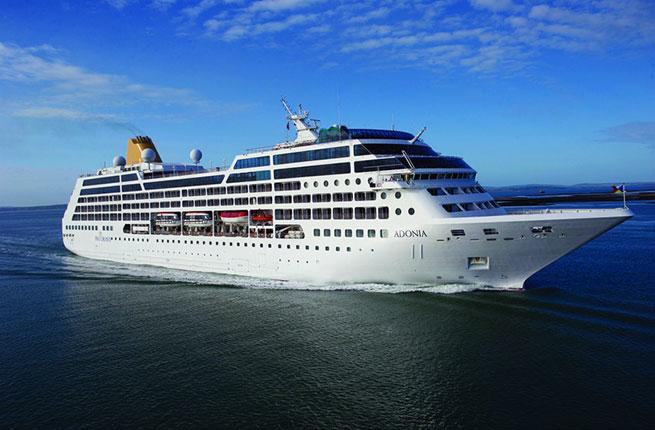 A subsidiary of the Carnival Corporation, newcomer Fathom is the first U.S.-owned cruise line to sail to Cuba since the trade embargo was implemented back in 1960. In full compliance with the people-to-people U.S. regulations, Fathom cruisers will begin embarking to Cuba in May 2016 on itineraries that sail round-trip from Miami to three ports of call in Cuba, including Havana, Cienfuegos, and Santiago de Cuba. Guests can anticipate an itinerary with an emphasis on cultural immersion, with visits to a community art collective, local primary school, organic farm, and more. Seven-night itineraries will run every other week, year-round, aboard the spruced-up, 704-passenger Adonia (formerly of Carnival Corporation’s P&O Cruises), which comes equipped with amenities like a pool, gym, games deck, and library, as well as an onboard Cuba-intensive enrichment program. Rates from $1,800/person. 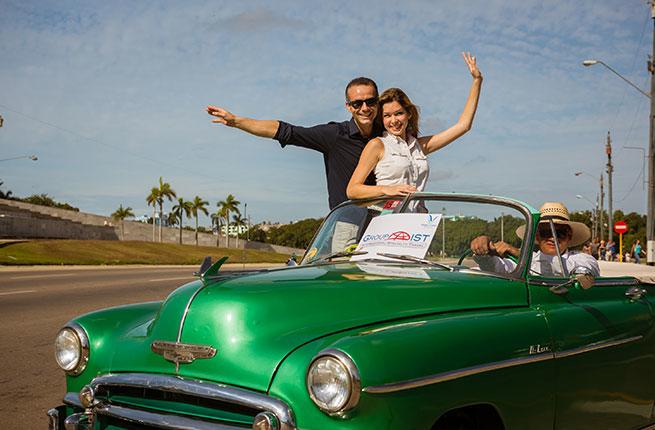 Two of Greek-owned Variety Cruises' sailing vessels—the 48-passenger Panorama II and Panorama—along with the 71-guest Variety Voyager mega-yacht (the latter's a new option for the fall 2016 through spring 2017 season, in response to surging demand) are the setting for Group IST's series of 7-night Cuba people-to-people itineraries. Sailing between the cities of Havana and Cienfuegos, guests can expect intimate group excursions along the western coast of the country (with Cuban ports of call in Maria La Gorda, the resort island of Cayo Largo, and the Spanish colonial city of Trinidad), led by an English-speaking Cuban guide. Scheduled outings include stops at museums, schools, religious centers, archaeological sites, art galleries, community centers, and more, where guests can chat with local Cuban artists, musicians, religious leaders, and historians. And, of course, some time is set aside for swimming and snorkeling (you are in the Caribbean, after all!). Note that some third-party tour operators, including Insight Cuba, also book in on the Group IST program with some modifications on the programming. Prices from $2,990/person; itineraries are available year-round.

Or for the ultimate splurge starting March 2017 (and running through May 2017), opt to set out by 10-passenger private yacht for the ultimate in intimate and pampered Cuba exploration. The 7-night itineraries embark from Havana, with stops in the tobacco-rich Vinales Valley, San Francisco de Paula (site of Hemingway’s home), Varadero (a popular beach resort), and Archipelago de Sabana (a prime snorkeling spot), before disembarking in the cultured city of Matanzas. On board the plush vessel, you'll have the dedicated services of three crew members, plus a local Cuban guide, as well as a dinghy for shore excursions and deck with grill and bar. The catch?  The vessel must be fully chartered—for a whopping $74,000.