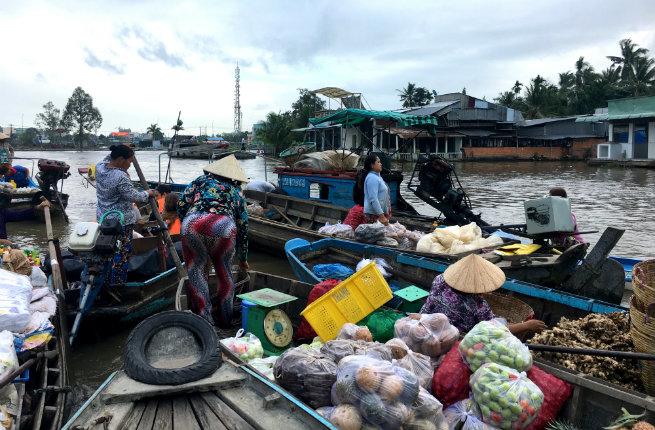 The floating markets on the Mekong Delta in Vietnam offer a glimpse at life that hasn't changed much in the last few hundred years. Merchants selling everything from fruits and vegetables to engine parts and unruly animals propel their whiny outboard motors through the gloomy, early-morning fog and exhaust. In an old wooden clunker of questionable seaworthiness, some twenty-something German travelers and I made our way through the markets and into the vast tributary network of the mighty Mekong on a bizarre voyage of randomly chosen spots that would prove educational, occasionally terrifying, and ultimately rewarding.

The “noodle factory,” our first stop, was a thatch-roofed hut where the timeless art of noodle crafting was laid bare for all to see. A thick slurry of rice flour and water was spread on a griddle heated by a fire fueled by scraps of old clothing. After the thin rice-noodle pancake finished cooking, it was laid on a bamboo mat to dry and run through a shredder. The noodle factory was offbeat but intriguing—but the next stop proved to be far more disturbing.

On to the snake farm. I was welcomed by several small children jumping up and down on the beheaded corpse of a the largest serpent I had ever laid eyes upon. Whether this was for tenderization or sheer joy was difficult to ascertain. Firmly instructed not to take photos, I followed the guide into a large room filled with hundreds of massive snakes in cages and walked the narrow, winding pathway in between the cages, concerned by the structural integrity of the whole operation. 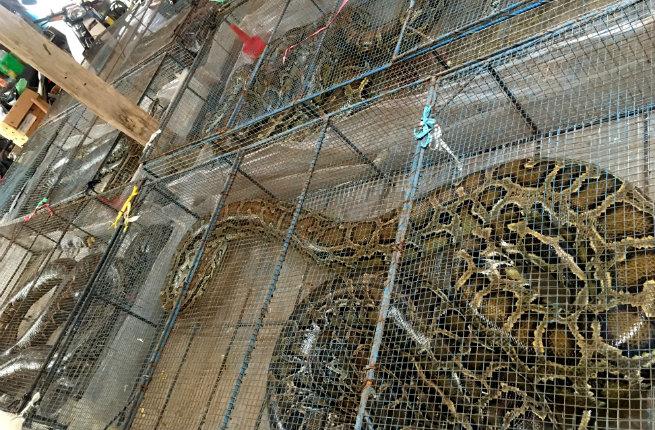 Speechless and freaked out, I made my way back to town to take a hot shower and a short nap in preparation for a hastily planned afternoon adventure: a 100-kilonmeter, three-and-a-half-hour motorbike ride to a seemingly reasonable resort at the southern tip of the Mekong. I was about halfway to Bạc Liêu when the rain started coming down.

In the midst of rice paddies and banana trees, I found myself in a veritable downpour. I had very little experience (actually, none) on a motorbike and even less on wet, slippery roads. The sky turned dark as night and black puddles pooled in the muddy streets. I panicked to feel my clothing become completely drenched, including the pocket that held my phone—the only navigational device preventing me from being stupidly and hopelessly lost. It was at this moment I began to panic.

I zipped up my sopping rain jacket and plowed precariously through the mud, screaming profanities into the rain and wind. After what felt like an eternity, I came upon a pho stand in a tiny village. The Vietnamese family running the stand laughed at me as I pulled up, soaked and shivering. For $1.77, I drank piping hot pho and strong coffee, basking in their warm smiles and shelter. 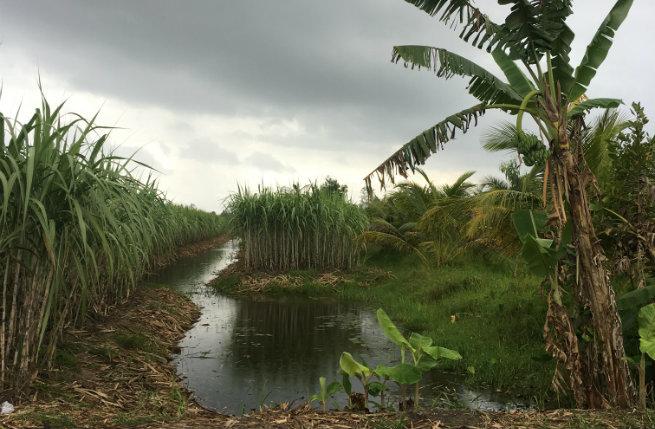 The clouds parted and I was treated to gorgeous afternoon light as I continued my way south. Since leaving Cần Thơ, I hadn't seen a single discernible foreigner for hours, and most of the locals either stared at me in astonishment or waved a friendly hello.

It was growing dark as I finally found my way to Bạc Liêu. The resort I had booked was several miles outside of town and I started feeling very weary and apprehensive as night fell. There were no streetlights or signs, and very few people around – not that I was sure I could properly communicate directions. I happened upon a somber Buddhist temple, took several deep breaths, and got lost a few more times.

Finally I found the resort, which seems to be transplanted directly out of North Korea. It was massive, and as far as I could tell, I was the only person staying there. I walked along the boardwalk and came to a seafood restaurant with clams, mussels, and unidentifiable oceanic creatures on ice. It was the only restaurant in town, so I sat down. No one spoke English, so I pointed to a picture of shrimp, not knowing what I was ordering or how much it would cost. The server brought out about a dozen huge prawns marinated in sweet chili, a personal hibachi to cook them, and a cold beer to wash it down. It was divine. 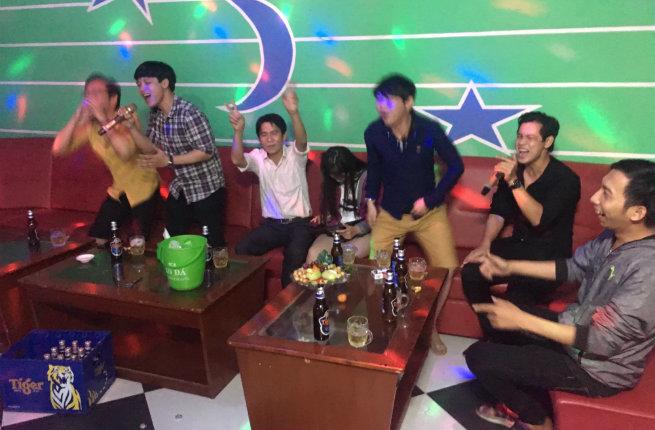 I attracted the attention of a large group of locals who were eating and drinking and demanded that I joined them. We joked and laughed as I tried and failed to pronounce their names. After a bit of that, they asked if I would go party with them. We all saddled up on our motorbikes and off we went to a private-room karaoke spot, another new experience for me. (I sang November Rain and Hey Jude, both terribly. There’s a video of it somewhere that I hope you never see) We were served salted fruit as snack. It was awesome. 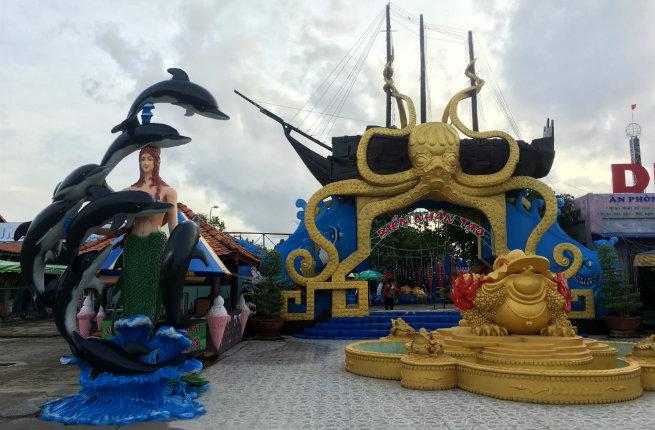 In the morning, I explored the resort, which sat adjacent to an abandoned amusement park guarded by statues of a gigantic octopus engulfing a ship and a menacing bullfrog with money stuffed in its mouth. I made my way back to my scooter to begin the long ride back to Cần Thơ, feeling grateful, inspired, and fully satiated from a day full of unexpected twists and turns, all par for the course in a country as wonderfully unpredictable as Vietnam. And yet I still wasn’t done: a cinema advertising a “6D Experience” along the way – something I still feel demands an explanation. 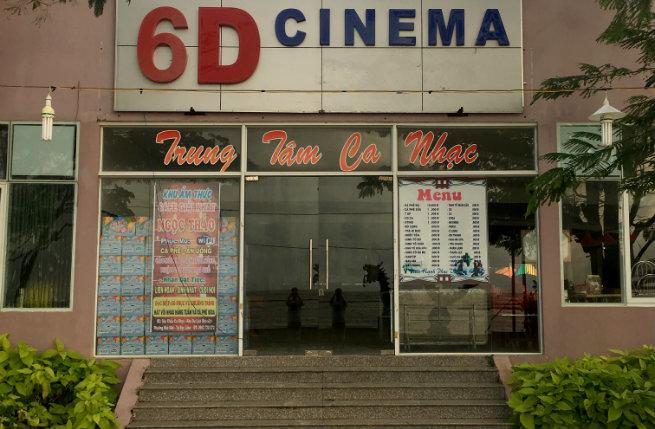