Meowser! This unique destination will have you purring.

Just north of Taipei alongside the banks of a river is a small village named Houtong, established in the late 19th century for the sake of coal. In Chinese, Houtong translates to “Monkey Cave” and once upon a time, the caverns there were flush with monkeys. Houtong became one of most prosperous and productive mining towns on the island. Intricate networks of tunnels were blasted throughout and the monkeys left for safer habitats. Even so, eventually, imported coal came to be cheaper and residents started trickling away—a typical boom and bust situation.

While many other coal towns have since faded away from memory, Houtong has managed to make an international name for itself. Today, it is “The Cat Village of Taiwan,” in where over 150 photogenic cats reside and prowl the streets. 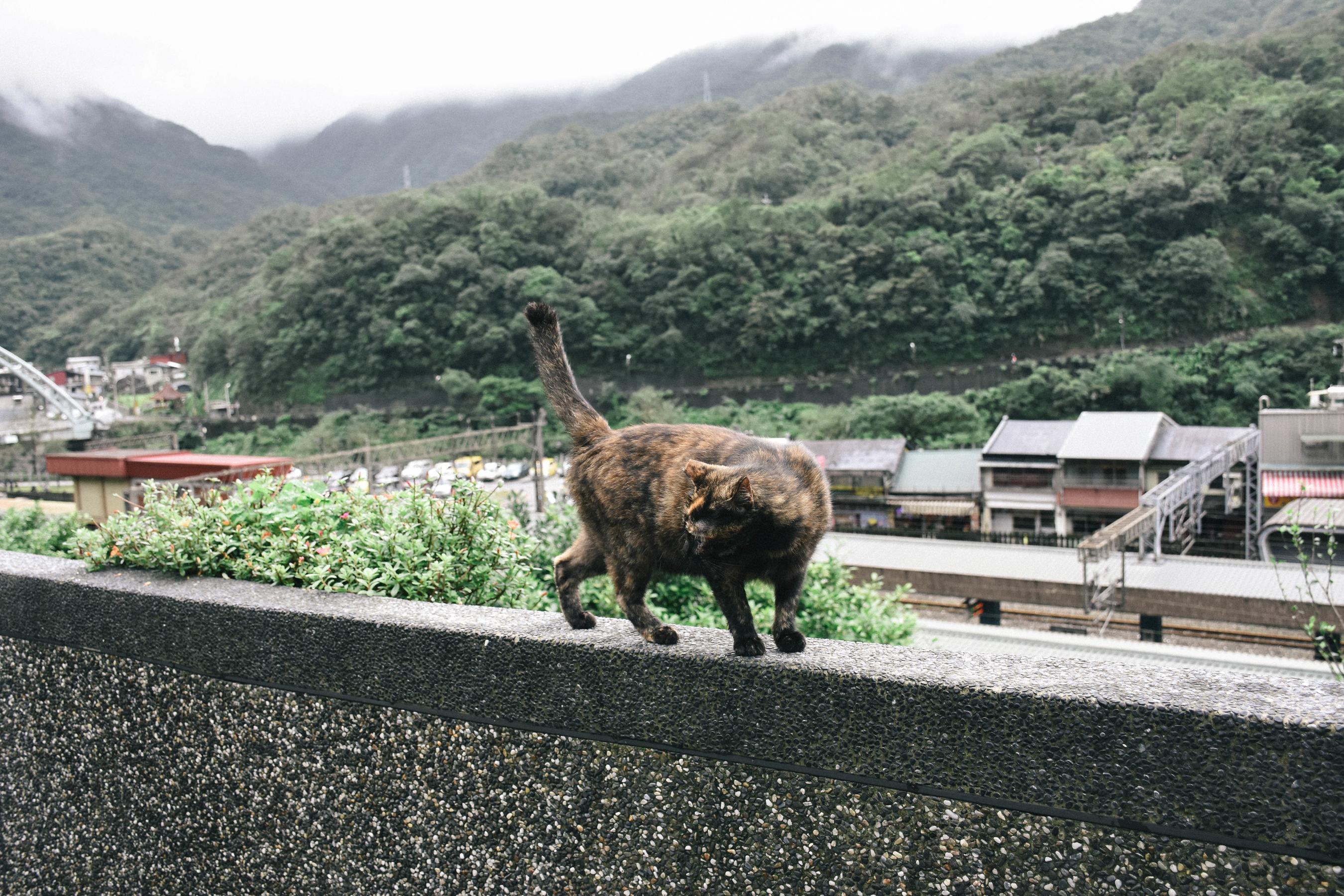 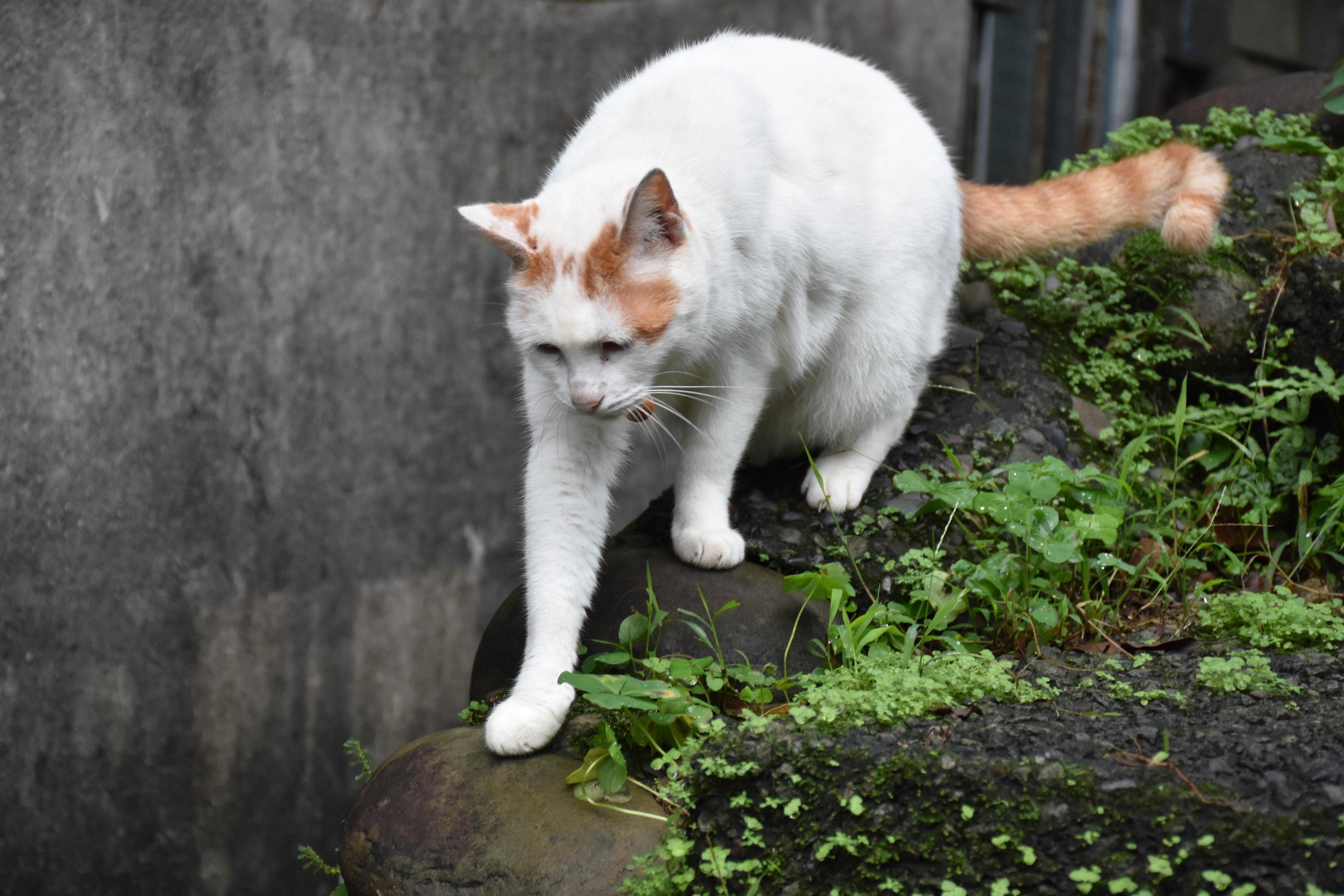 Taiwan’s media has had a long and illustrative history with cat-themed places. The world’s first cat cafe first surfaced in Taipei roughly two decades ago and there are cat cafes everywhere throughout the island.

But while stray cats and cat cafes are common throughout Taiwan, Houtong is the first cat-dedicated village of its kind on the island. The town rose up to national fame in 2008 when bloggers first started photographing the cats, and tourists got wind of it. Entrepreneurs, mostly from out of town, decided to capitalize on the feline frenzy by opening up cat-themed concepts and since then, the village has been popular for its friendly population of cats. 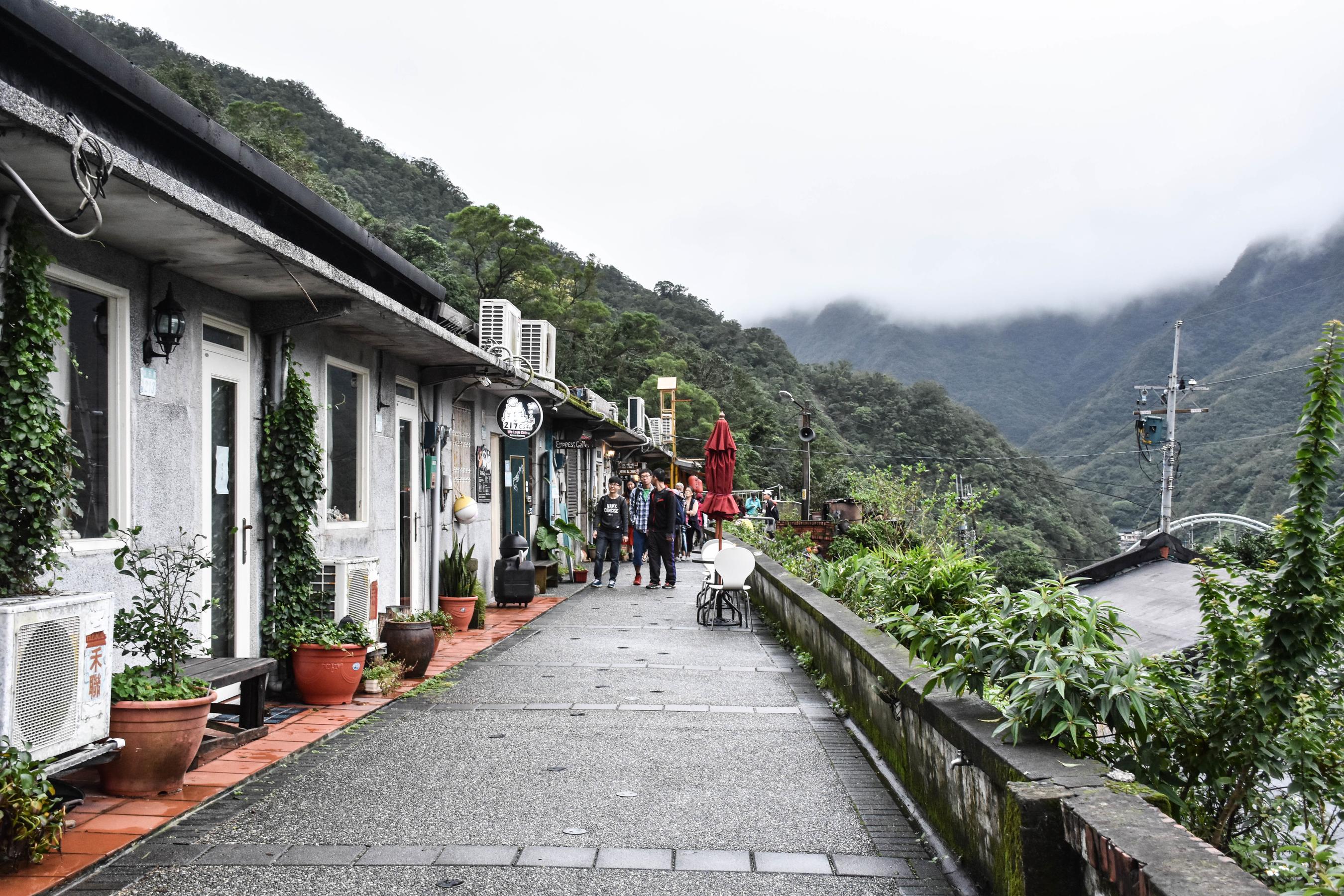 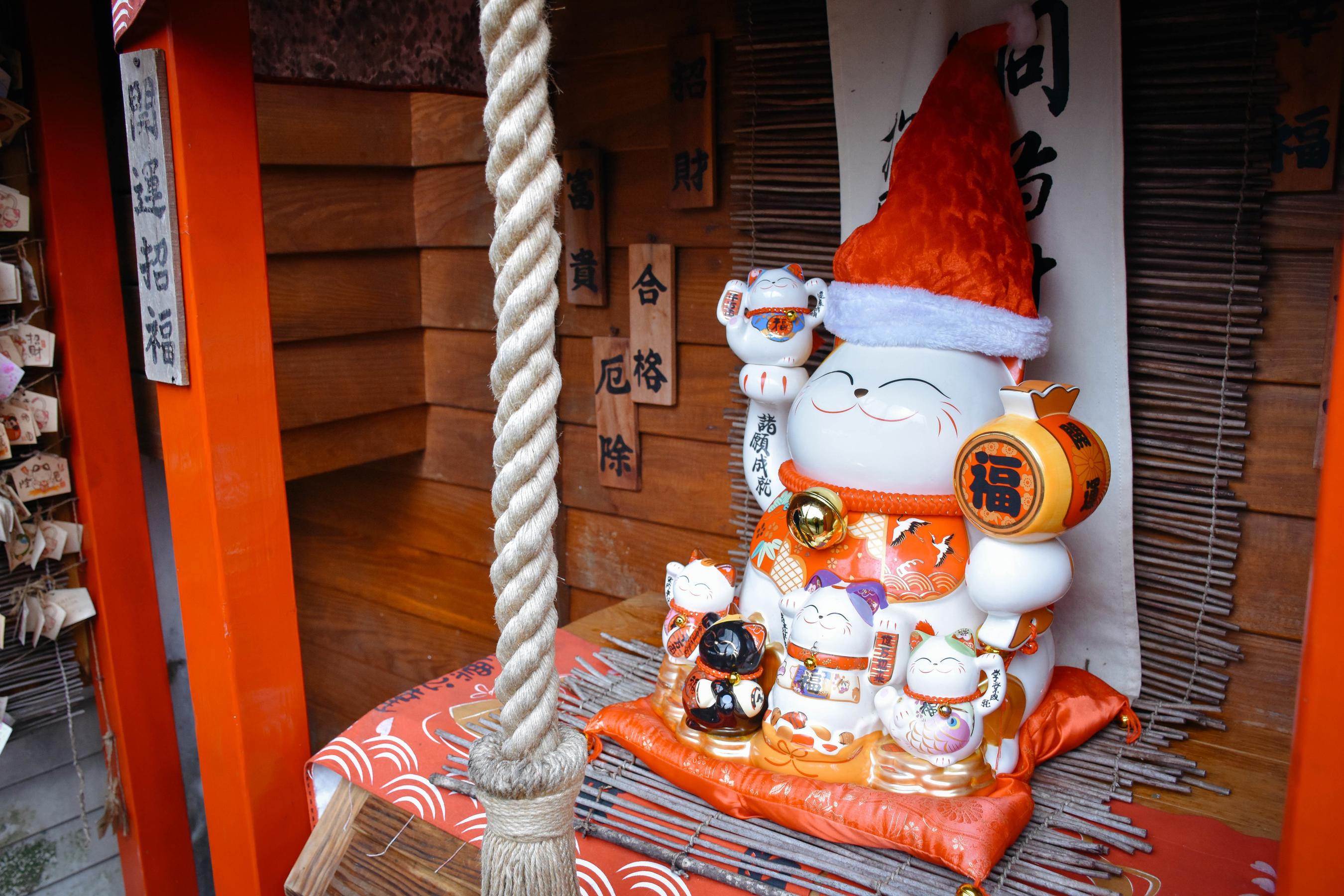 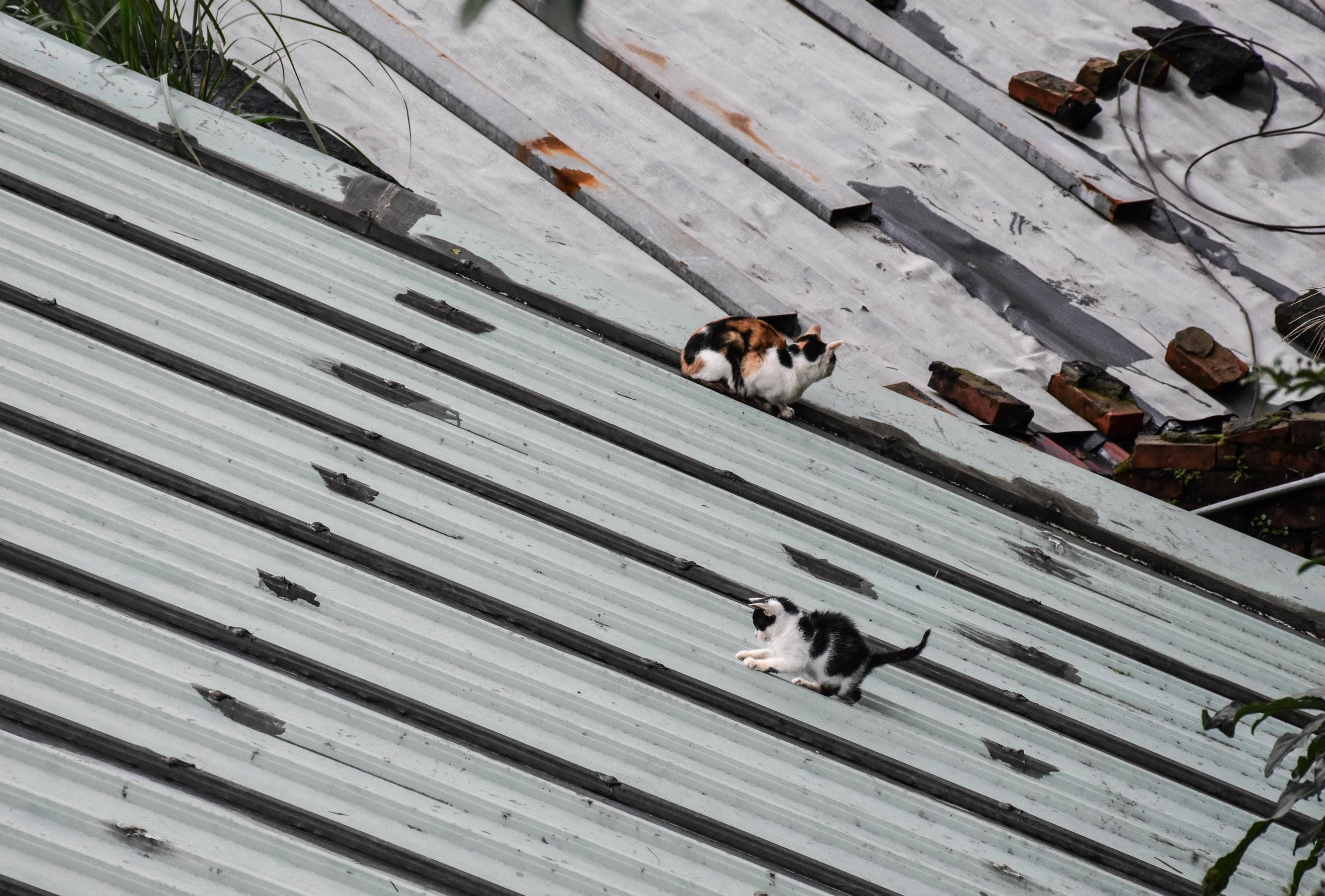 Nearly every business has multiple house cats, and businesses run the gauntlet of a table of cat paraphernalia set up outside of someone’s home to a full-fledged café with a gift shop and a food menu. There’s a cat art gallery with cat-themed beer for sale. Lucky cat charms are abundant. There’s an entire store dedicated to socks with cats on them. Cartoonish cat statues are placed strategically all over town. Cats hang out at the train station and happily let tourists pet them. 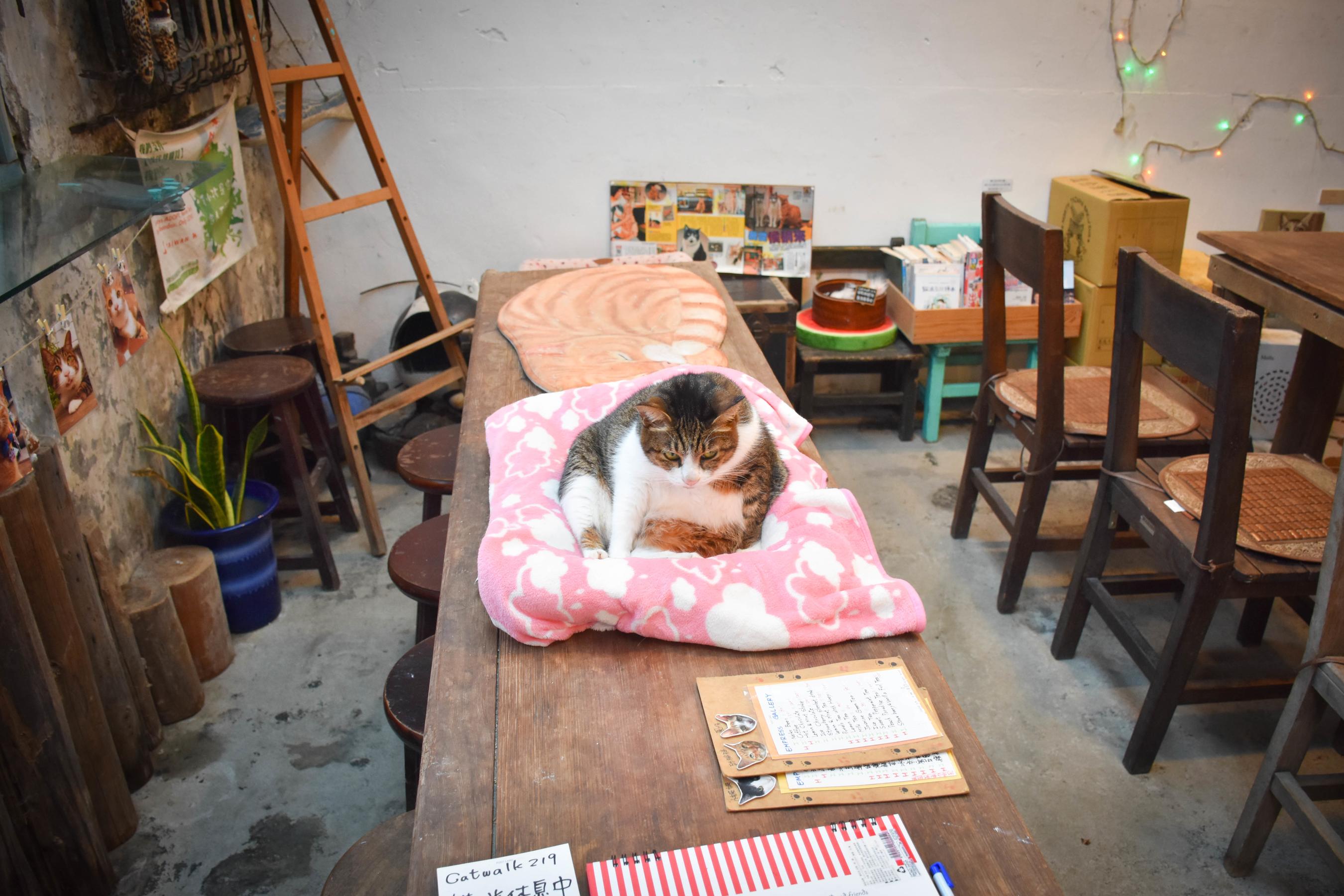 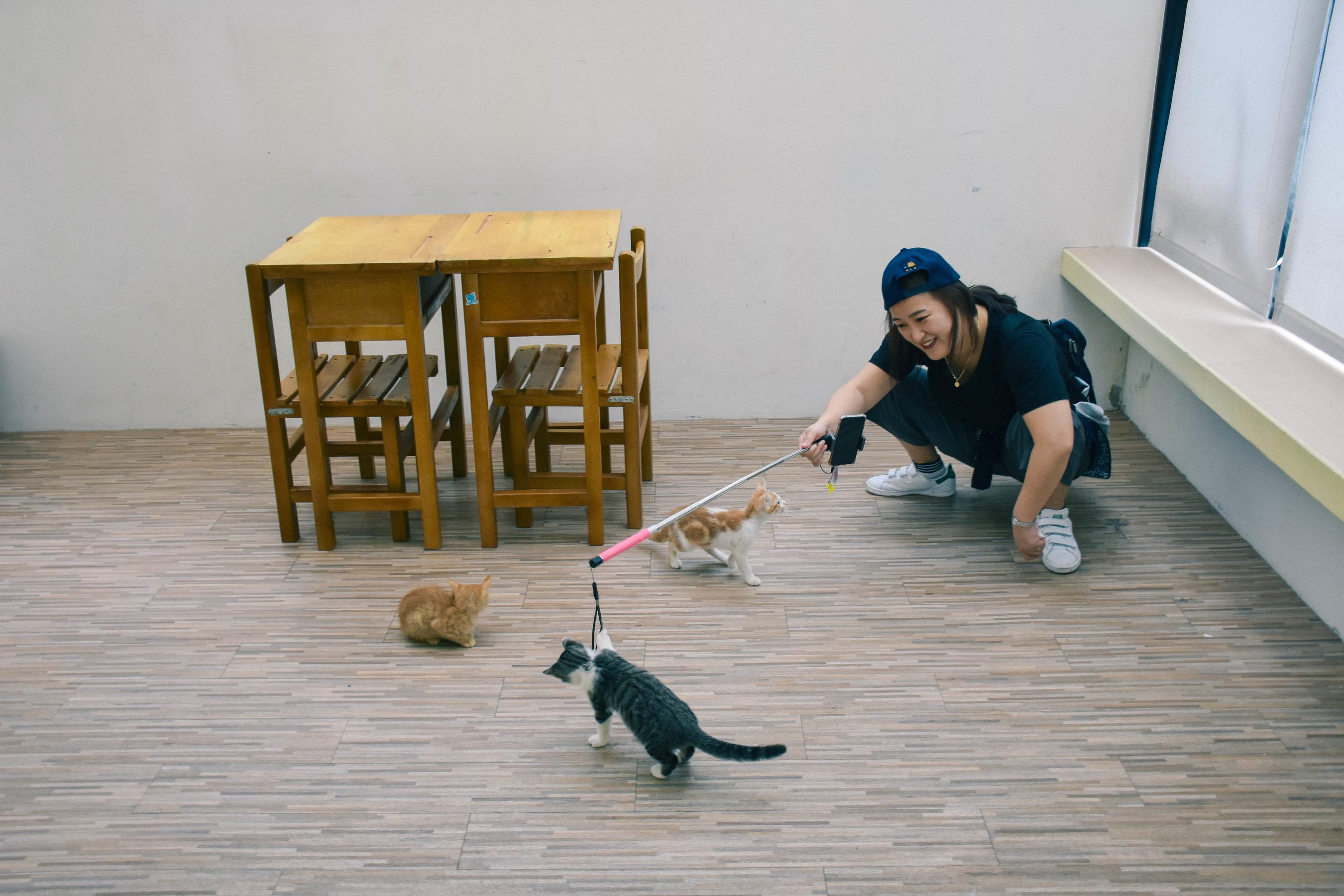 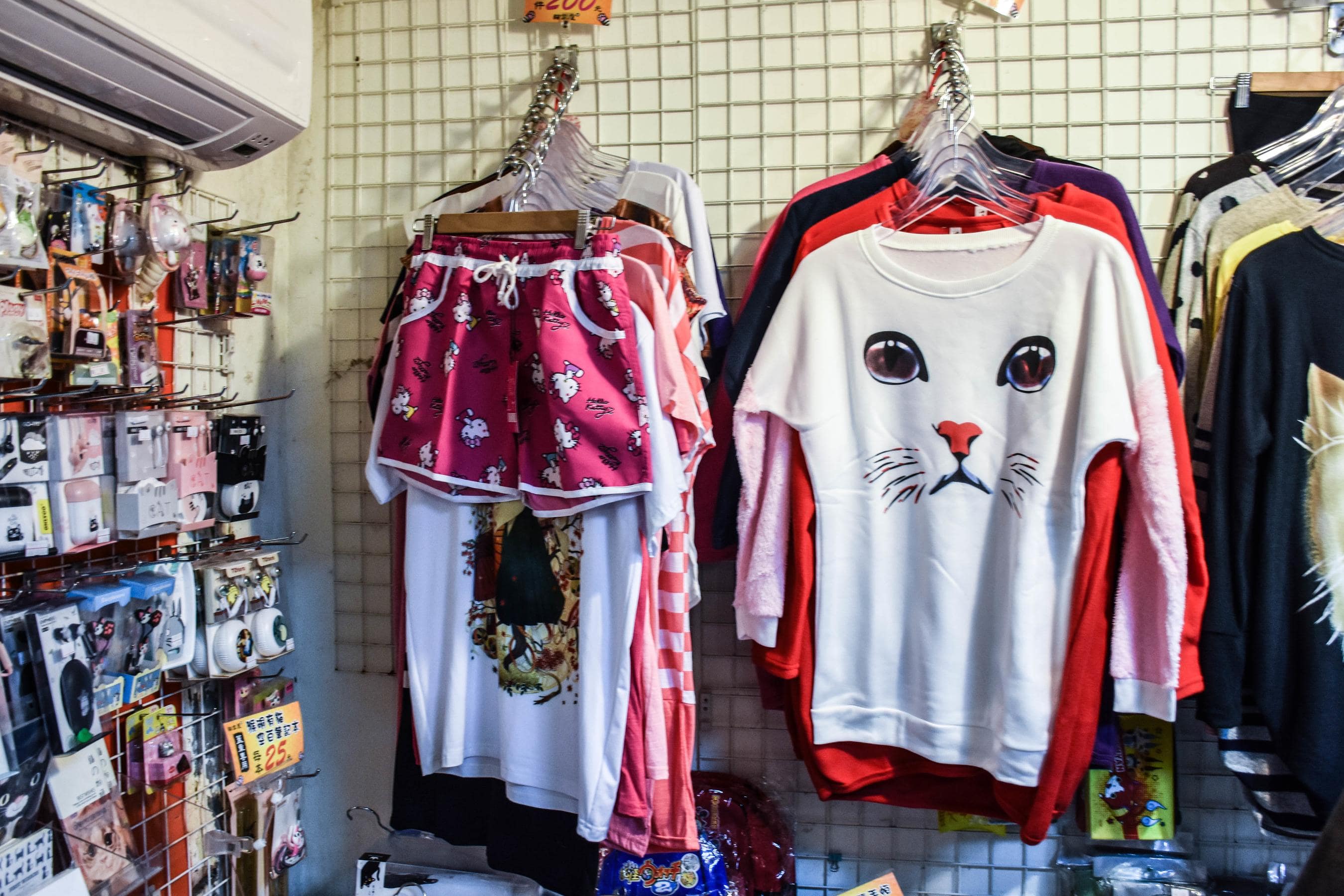 Every cafe has cat-themed decor and at least one resident cat. Food-wise, most of the offerings in these eateries are Western-centric with an Asian twist. Think waffles with mochi, herbal and Chinese teas, pasta, pastries, and a full range of coffee selections. But visitors don’t come here for the culinary offerings; it is the feline company that offers the draw. Many eateries are concentrated at a series of terraced walkways, where moss clings onto the steps and where cats sit, fat and lazy, on the edges. 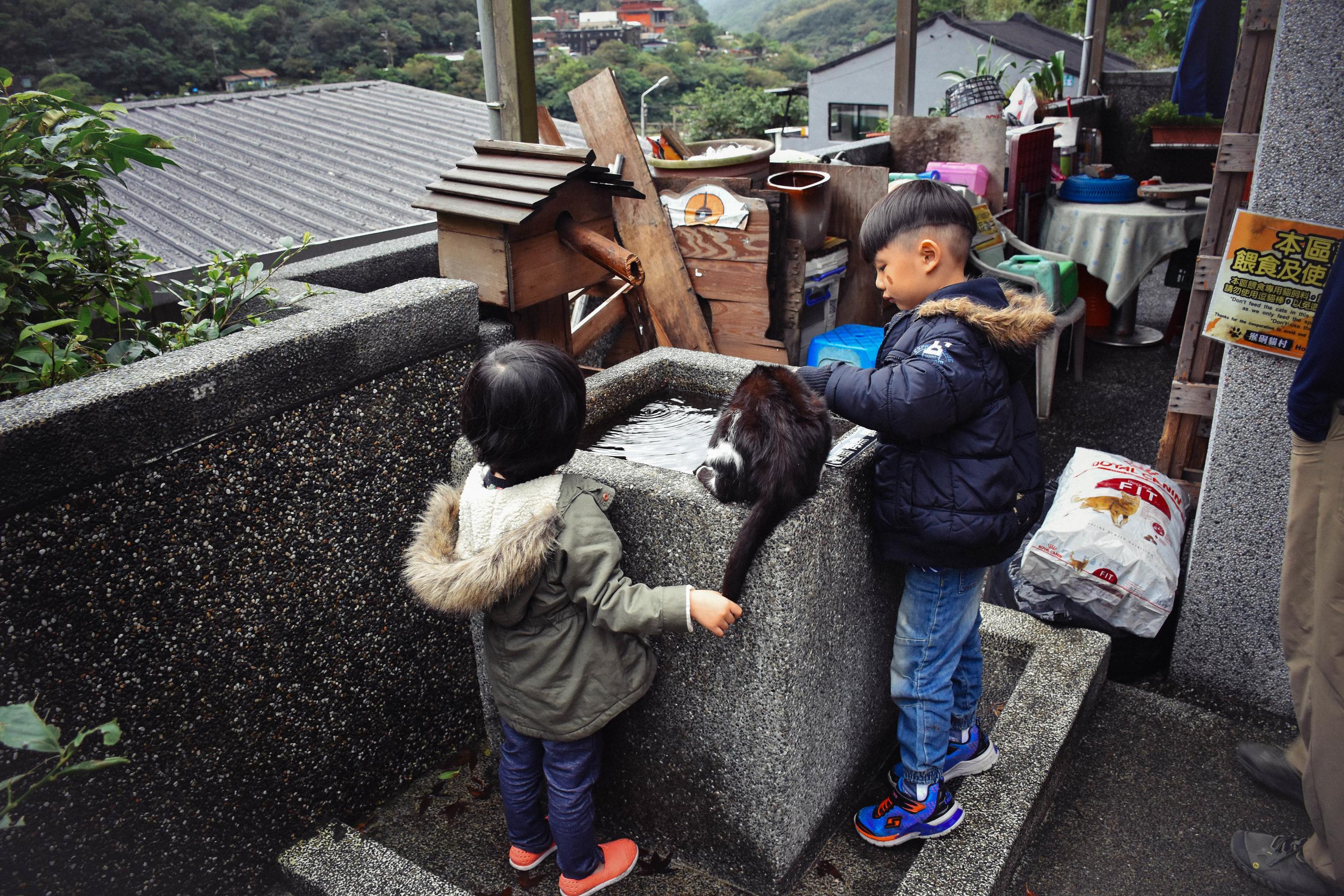 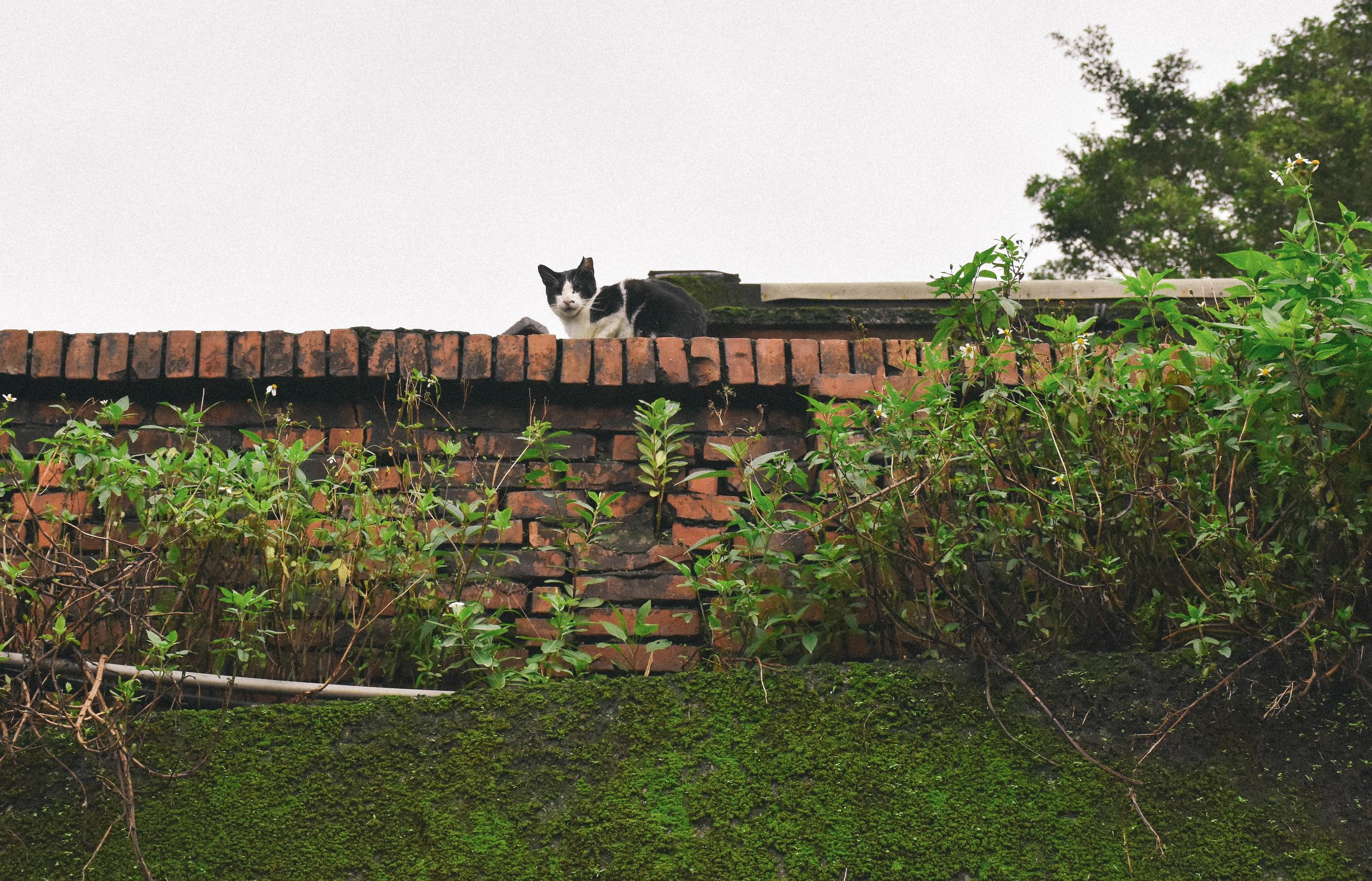 In 2010, a volunteer organization was established dedicated to feeding the feline friends and to keep them neutered and accounted for.  Over the years, the cats have gotten quite accustomed to human attention. However, tourists are prohibited from feeding the pets or abandoning stray cats in the village—all of which have been sources of problems in the past.

Still, photogenic as it is, Houtong is a day trip destination at best. Besides cats, there are a couple of hiking trails that start from the area, and the museum tour is quite informative for those vying to get a piece of history of Taiwan’s coal mining history.

The village is sandwiched between lush subtropical hills often shrouded in fog and makes for a fantastic short getaway. From Taipei, Houtong is accessible on the TRA (Taiwan Railways Administration) train. It is an hour ride from Taipei Main Station.