They're an integral part of the local food culture.

Early on a sunny Sunday morning in central Kuala Lumpur, Restoran Yut Kee is bustling with customers. Most of the tables are occupied, with groups of friends and families talking loudly over their cups of kopi and plates of kaya toast. Sunlight is pouring in through the colored glass windows, bright red Chinese paper lanterns hang from the ceilings, and the walls are plastered with black and white portraits and old newspaper clippings. The waiters have to speak loudly to be heard above the din of the laughter and chatter of their customers. Given how crowded it is, people who arrive alone are expected to share a table with strangers. But nobody really minds.

This is a scene from a typical kopitiam in Kuala Lumpur, this one in existence since 1928.

If Vienna has its coffee houses and Paris its chic cafes, then Kuala Lumpur has its kopitiams. From kopi, “coffee” in the Malay language, and tiam for “shop” in Hokkien Chinese, kopitiams are local coffee shops found all over Malaysia and in neighboring Singapore. But they are more than just coffee shops—they are social hangouts and an integral part of the local food culture. 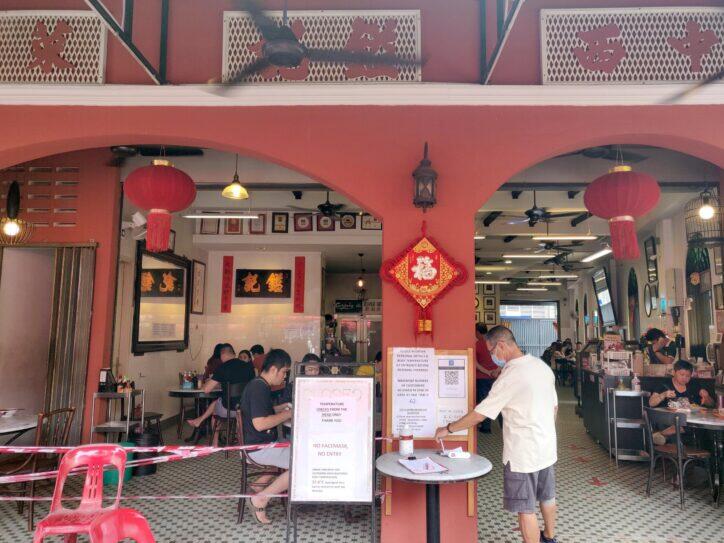 Nadge Ariffin, a historian and city guide, is amused at the idea of Malaysian kopitiams being compared to Viennese coffee shops, with the most influential philosophers and painters of the times as clientele. “Our kopitiams are not places for high thinkers,” he says, “they are homey places where normal people meet and hang out, read the newspaper or socialize, sometimes for hours on end.”

Many of the popular kopitiams began life as small shops in the early 1900s where Chinese rubber plantation workers and tin miners would catch a refreshing hot beverage, perhaps with a small snack, during the day. Today, there are still a few traditional kopitiams, usually family businesses with a third or fourth-generation owner at the helm, and solid wood chairs with marble-topped tables. Many of the older ones have a slightly rundown air about them, with fading paint and peeling plaster.

However, nobody really goes to a kopitiam for the décor; it is all about the friendly neighborhood hangout vibe that more modern cafés and restaurants lack.

And although they started as eating places for the Hainanese Chinese (from the island province of Hainan), Malaysia’s kopitiams now have a loyal client base of Chinese, Malay, and Indians (the three major ethnic communities of Malaysia). And then there are the modern ones, either standalone shops or chains, that aspire to be the equivalent of Starbucks for locals.

True to their name, kopitiams are known for serving different kinds of coffee, or kopi—which is the standard drink at these places, black coffee mixed with sweet condensed milk. Then there is Kopi C, which uses evaporated milk in place of condensed milk, Kopi O that is black coffee with sugar, Kopi peng (iced coffee), and more. For tea lovers, the more modern kopitiams also serve up teh tarik—literally translated as pulled tea, to denote how it is mixed by pouring from one cup to another. In traditional shops, however, tea is served black, hot, or topped up with ice cubes. 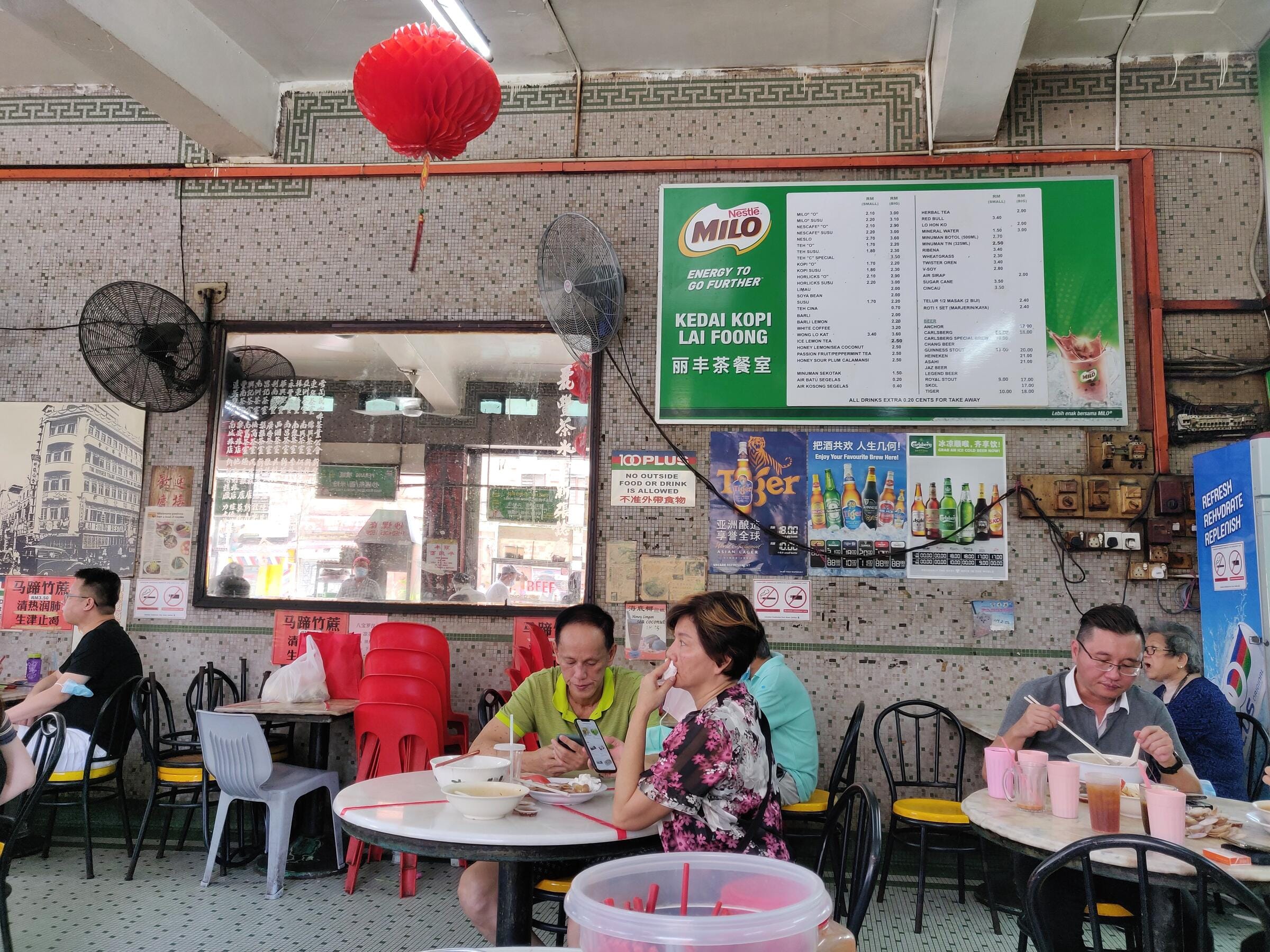 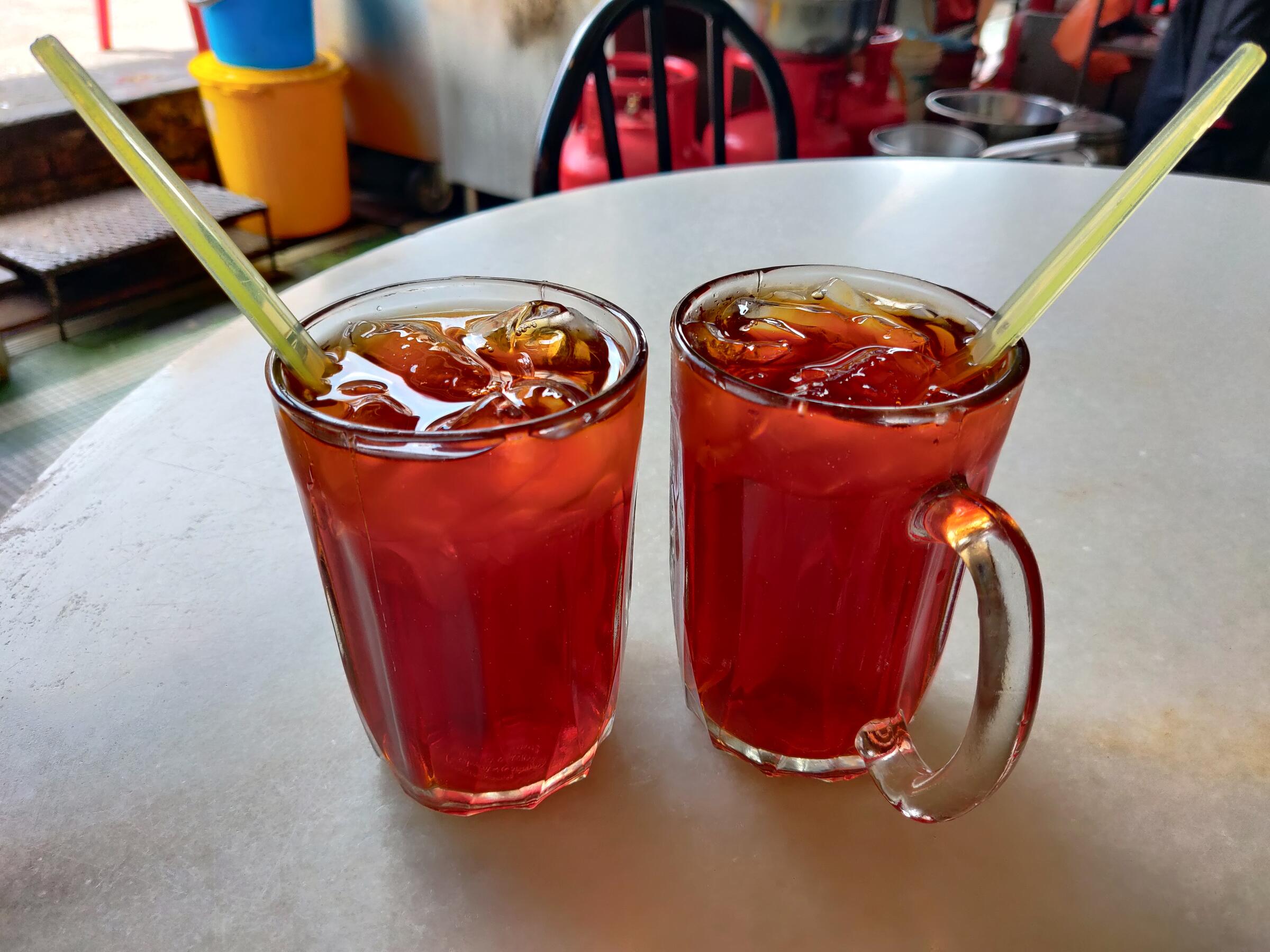 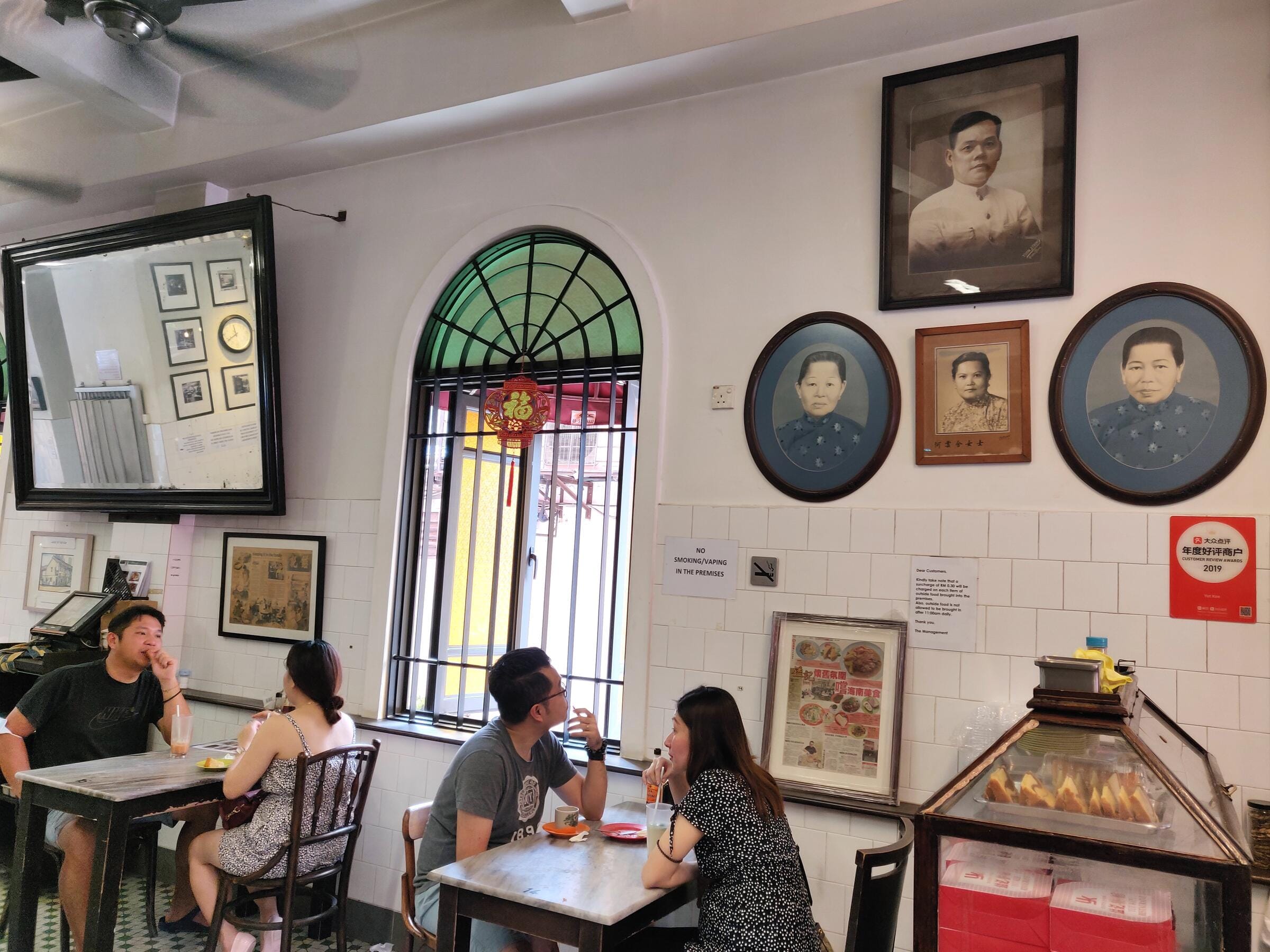 A classic kopitiam breakfast would mean kopi served in a chipped porcelain cup, along with soft boiled eggs and kaya toast, the last a sweet and smooth coconut jam slathered over thick slices of bread. This breakfast spread is a distinct remnant from the days when Hainanese immigrants worked as cooks in British households, absorbing and exchanging cultural influences.

But along with this, Malay and Chinese dishes like nasi lemak (fragrant rice cooked in coconut milk and served up with sambal, crunchy peanuts, and crisp fried anchovies), hokkien mee (thick yellow noodles cooked with dark soy sauce and lots of pork), chicken chops, and beef noodles in a light broth are available through the day.

Kopitiams are where busy executives go for a quick fix of their morning Kopi O, old men gather over games of chess, and groups of teenagers meet up to chat over a cup of thick and sweet kopi. Ariffin points out that Kuala Lumpur’s kopitiams are a symbol of the Muhibbah culture of this country – a word that refers to the spirit of camaraderie, tolerance, and friendship that embraces multiple communities within its fold. Indeed, Muhibbah is at the very core of this ethnically diverse country.

Everywhere else in the world, the new constantly fights to replace the old, and so it is in Malaysia too. Only a few of the older kopitiams have been hanging on, with little change to show for the passage of time and changing customer palates. Kuala Lumpur’s Chinatown neighborhood used to have dozens of kopitiams even two decades ago, but that number has now dwindled to three. This is thanks to multiple factors, like gentrification, soaring rents, and a preference for hipster cafés among younger people. And in many families, the next generation is unwilling to take over the business, and instead seek steady jobs outside.

For now, though, it is business as usual at Malaysia’s kopitiams, oodles of nostalgia served up along with delicious kaya toast every day.